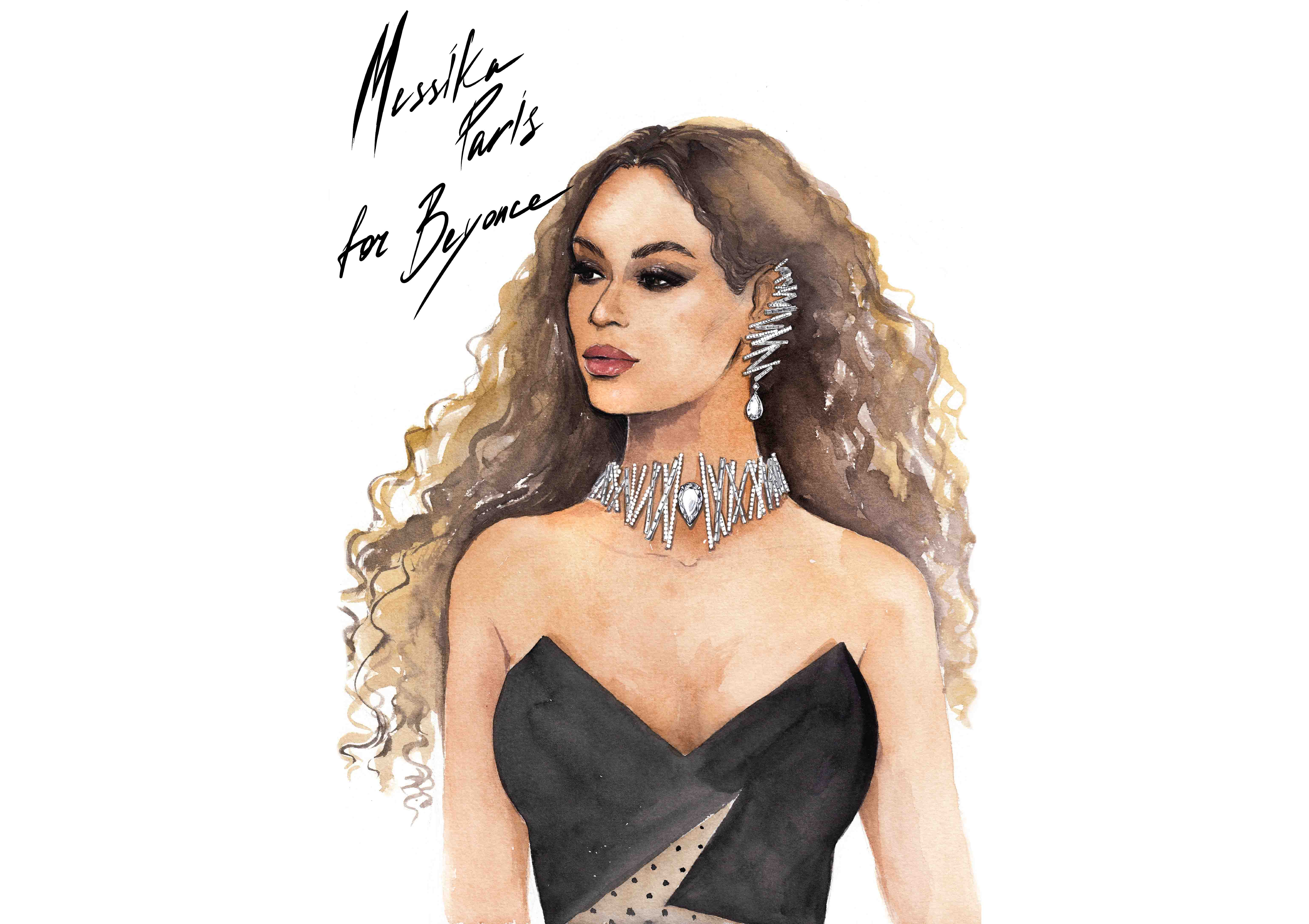 Did you spot Beyoncé at the Super Bowl back in February? You know, that distant time of yore when we could all meet in gatherings of up to however the hell many we wanted? Well, if you can stretch your mind back to the old normal, you might recall seeing the superstar wearing a particularly striking necklace.

Beyoncé, who attended the Super Bowl with husband Jay-Z and daughter Blue Ivy, dressed up for the occasion in a green denim Balmain suit. She matched it with white heels, cat’s eye sunglasses and a whole lot of diamonds.

The diamond choker Beyoncé wore to the Super Bowl was a bespoke creation crafted by Parisian jeweller Messika. Dubbed the Diamond Equalizer, the necklace pays homage to singer’s craft, with the design echoing the equalisers found in recording studios that oscillate when picking up musical vibrations.

At the centre of the Messika choker, crafted especially for Beyoncé, is a 17ct pear-shaped diamond, with the tapered tip pointing down in a nod to the star’s rebellious side. Vibrating out from this rare gem. are Mikado-esque bars of white gold set with either diamond pavé or channel-set diamond baguettes.

“I dreamed of designing for Beyoncé a piece that would embody her style, while remaining faithful to the DNA of our house,” says Messika founder and designer Valérie Messika. “B is a queen, and the idea was to imagine an anarchic adornment with all these barrettes, which intertwine with a sequence of baguette and round diamonds to create rhythm. But this chaos ends up finding a certain order and highlights the pear diamonds.”

Yes, pear diamonds plural, as Messkia also crafted a pair of matching Diamond Equalizer earrings for Beyoncé. The asymmetric pair has one extra-large ear cuff, with diamond barrettes leading down to a 4ct pear-shaped diamond that, when worn, swings like a metronome. For the right ear, a more subtle interpretation of the design showcases a 1.5ct pear-shaped diamond.

These spectacular earrings made their public debut at Clive Davis’ Pre-Grammy Awards Gala, also in February. This time, Beyoncé ramped up the glamour, pairing the earrings with a red Valdrin Sahiti gown with plunging neckline.

On this occasion, the star left the Messika Diamond Equalizer choker at home, because even Bey – with an enviable high jewellery collection temptingly at hand – knows the power of dialling it down to focus on a single statement jewel.