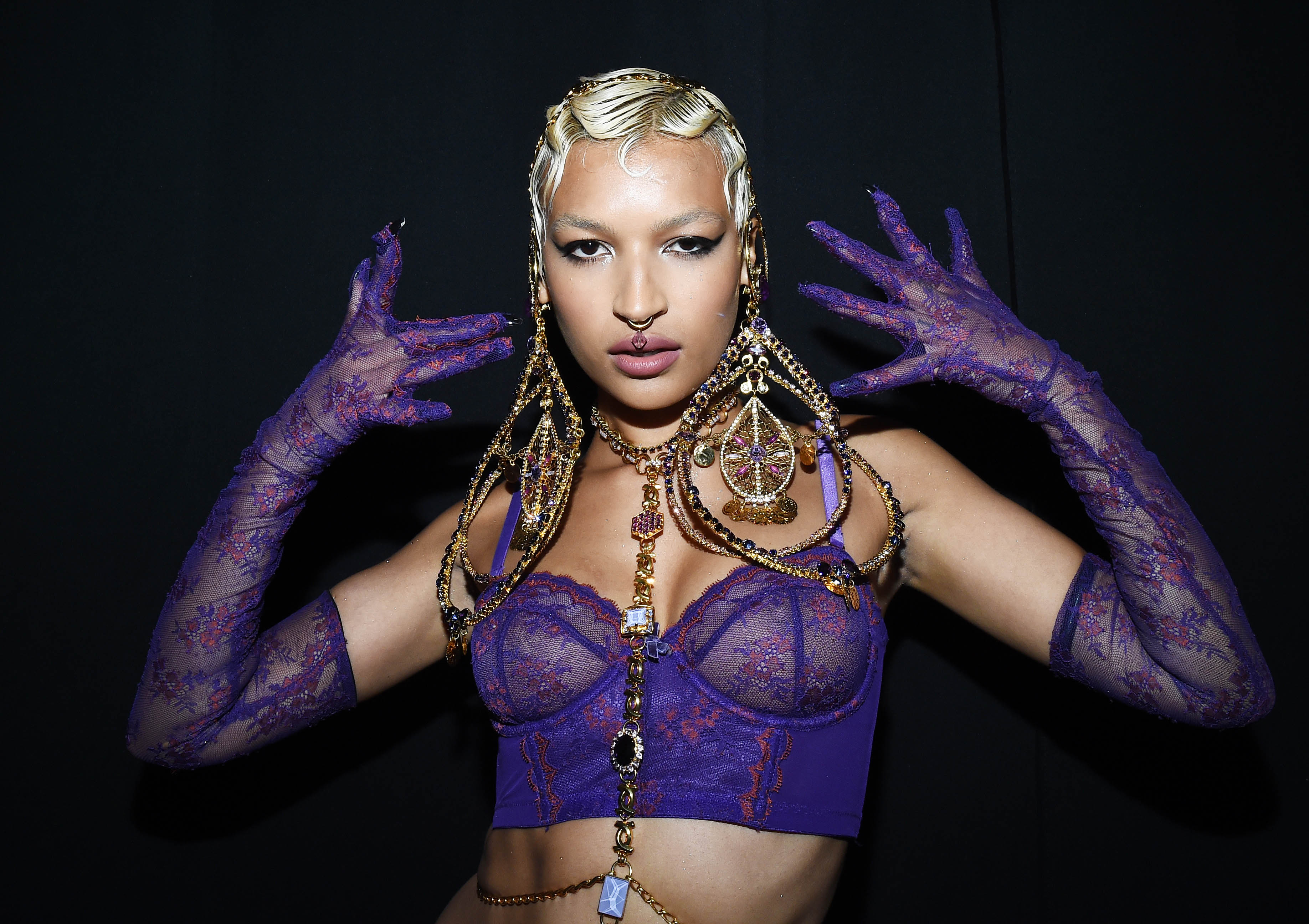 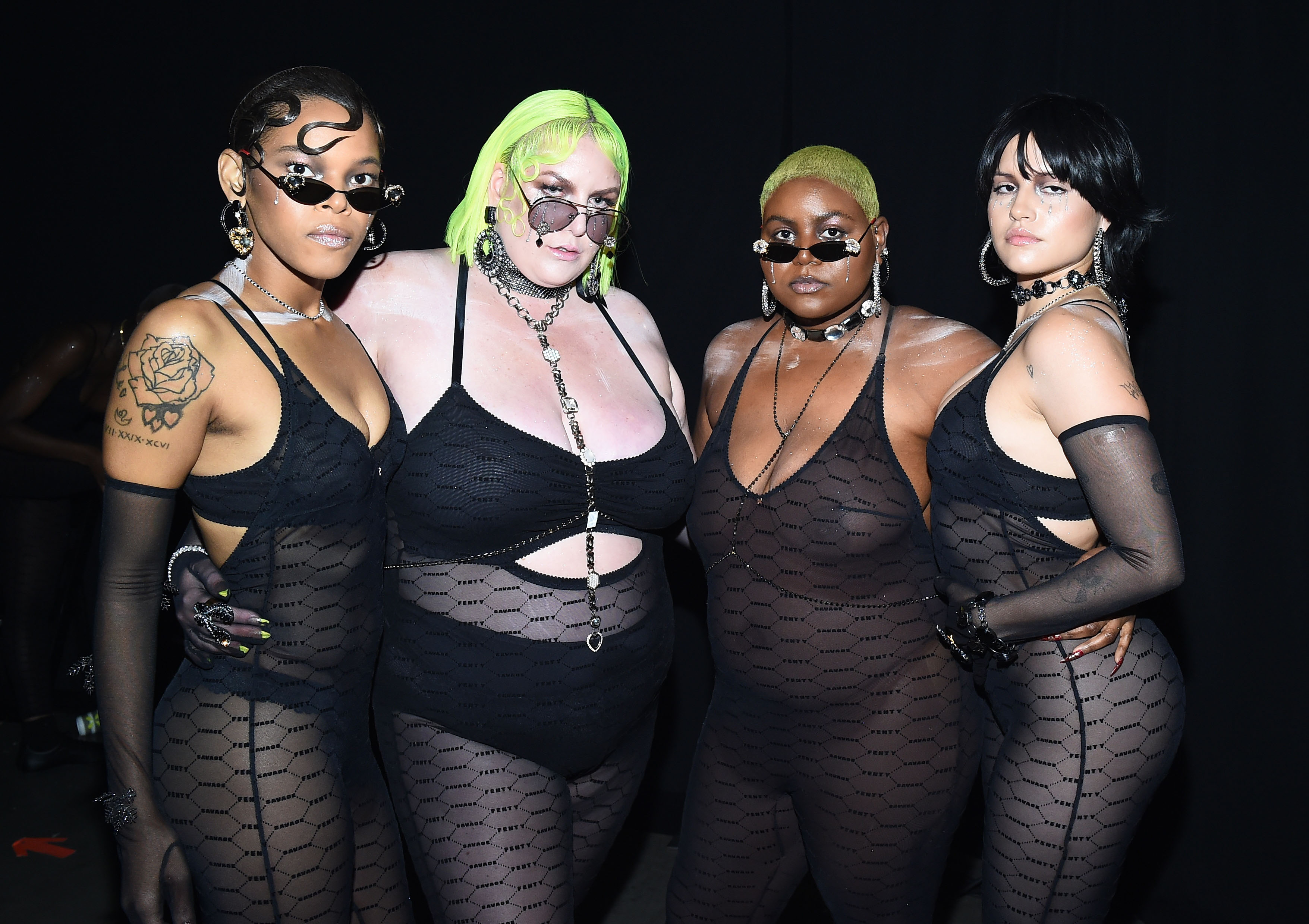 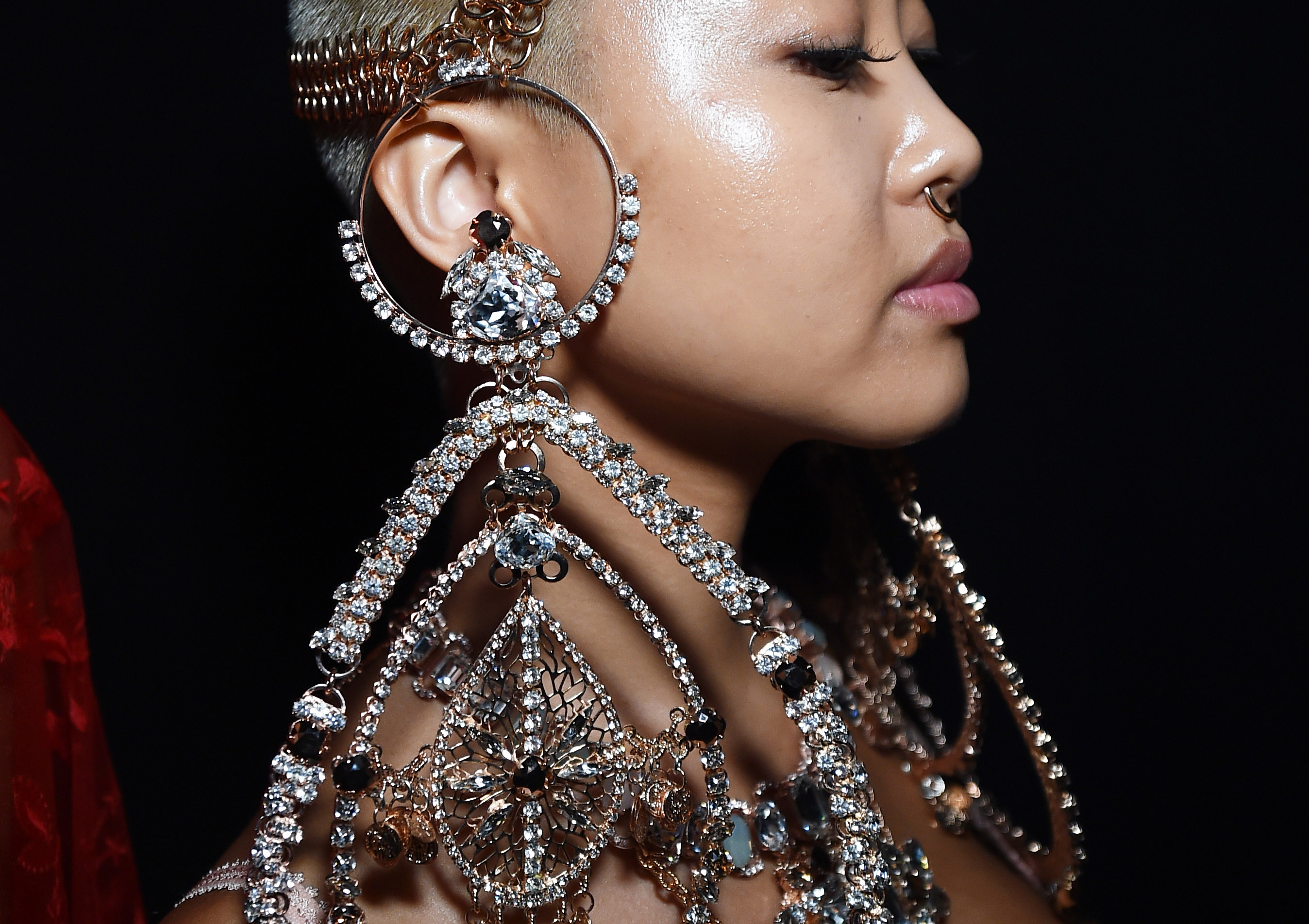 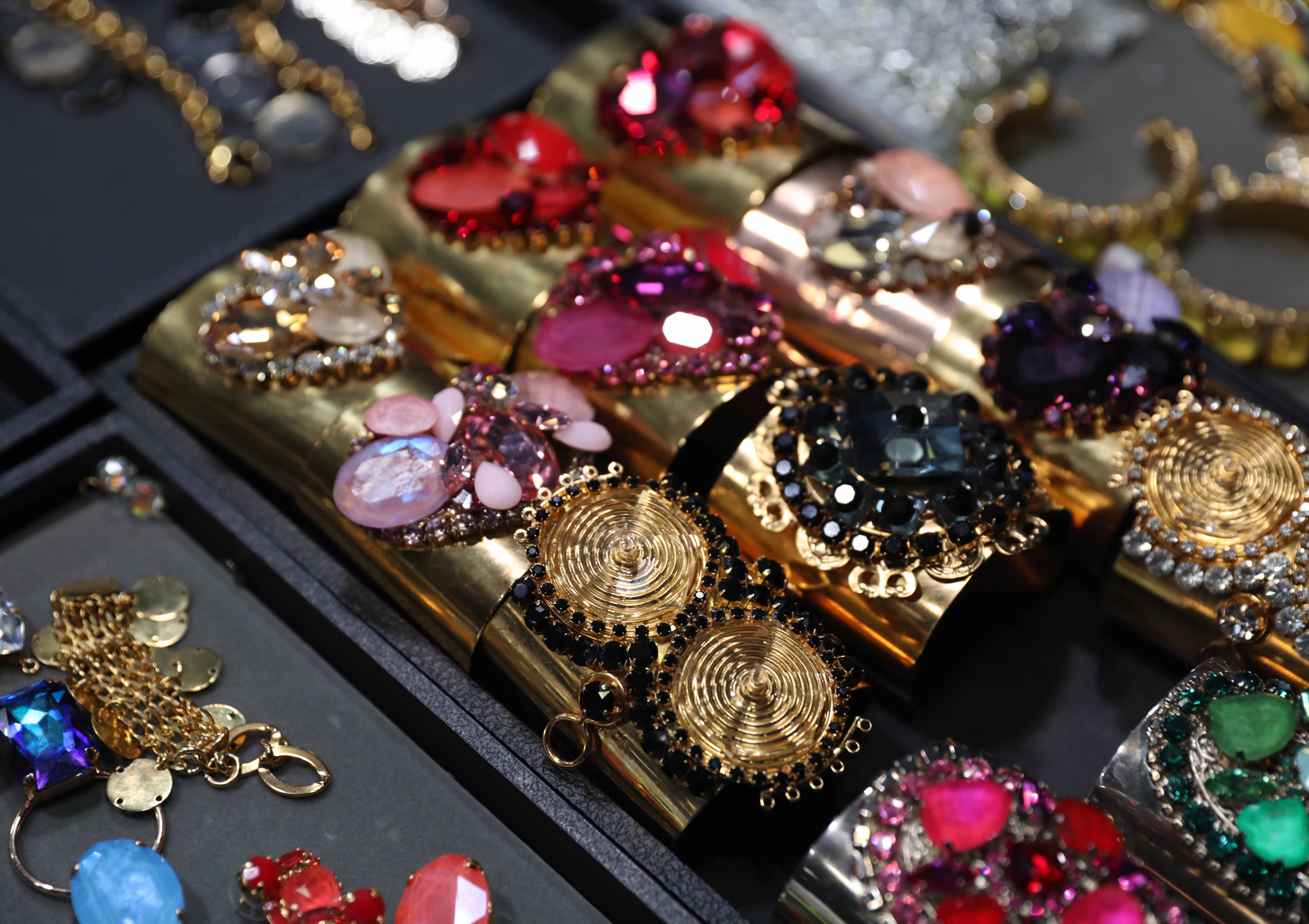 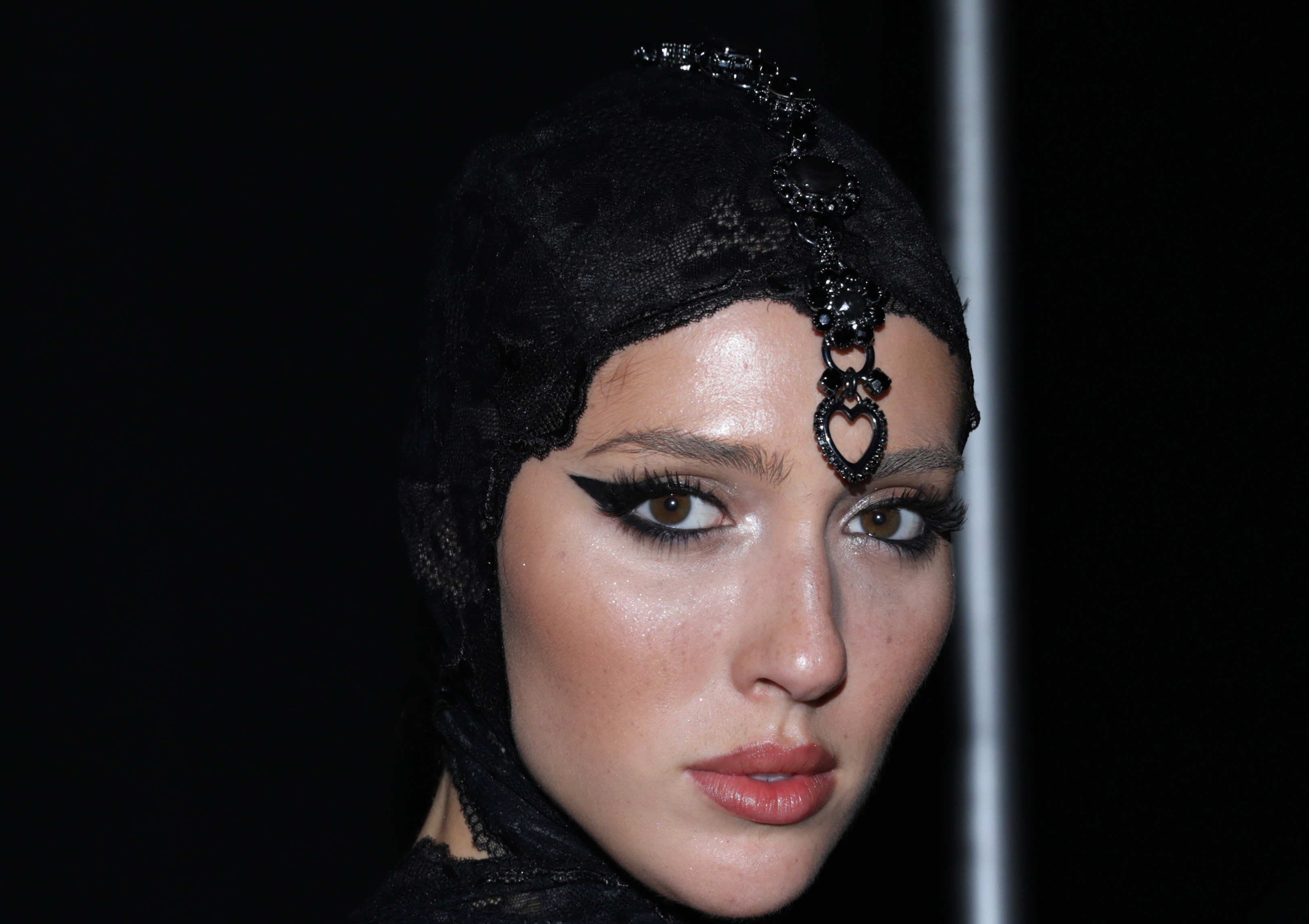 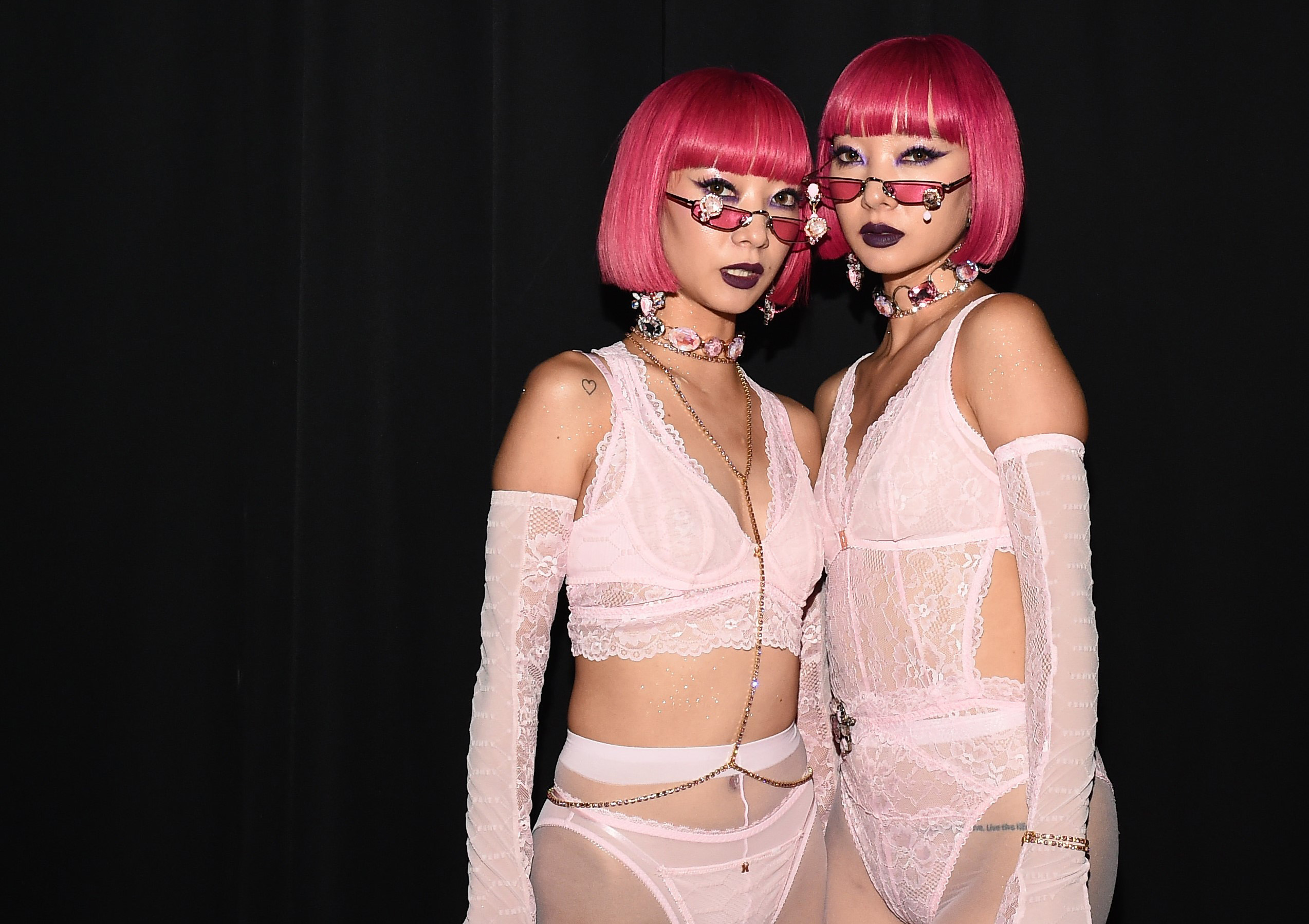 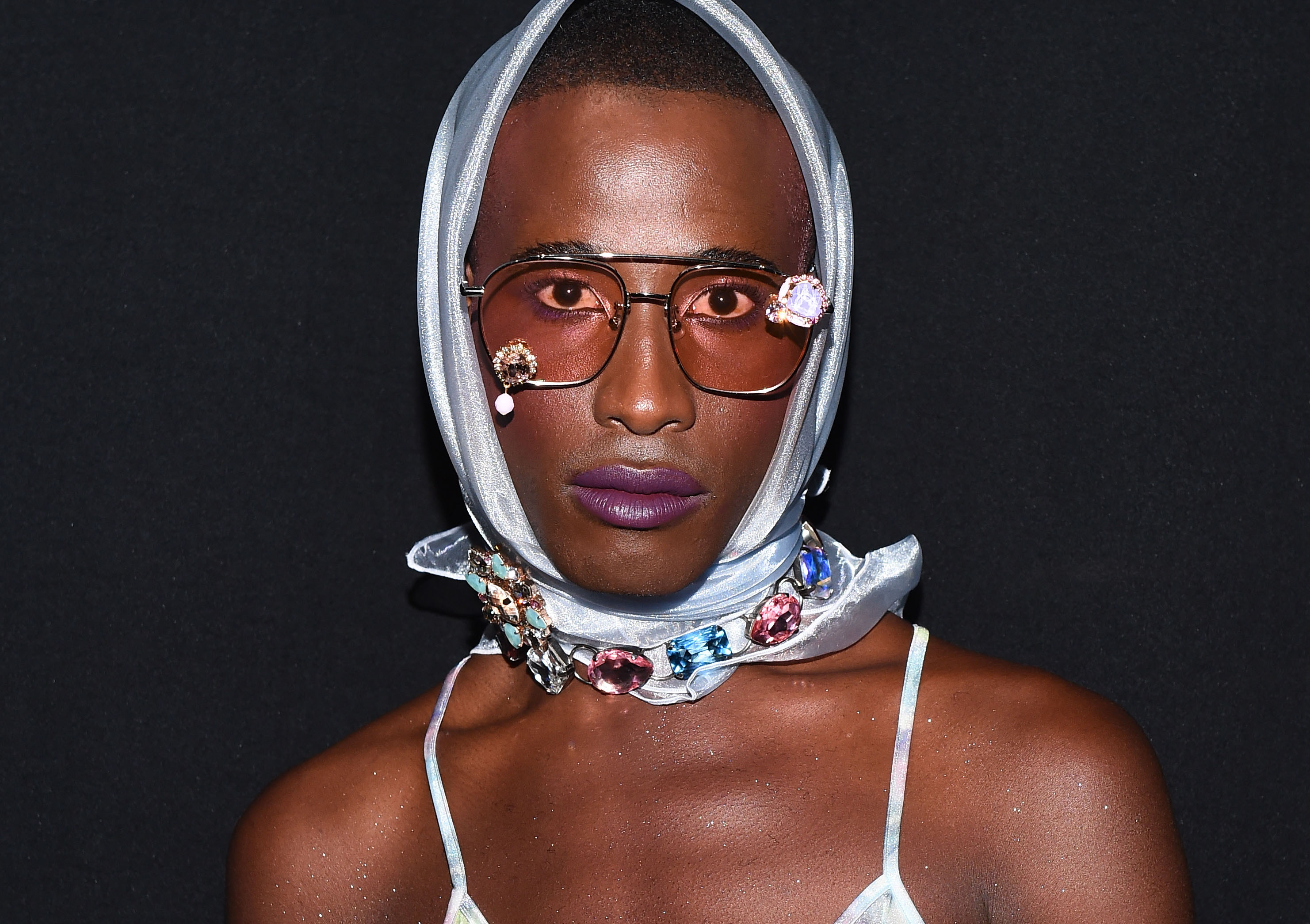 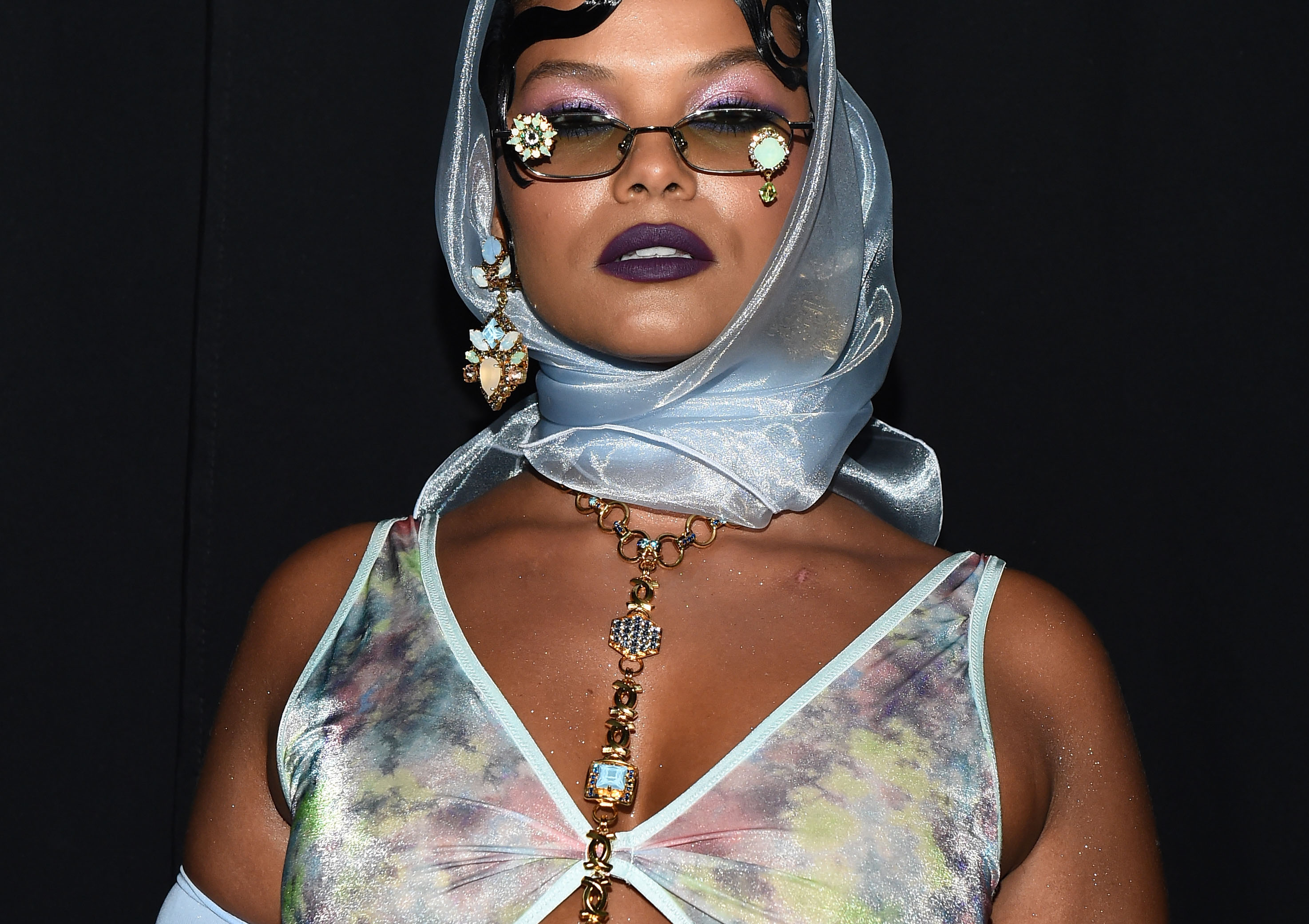 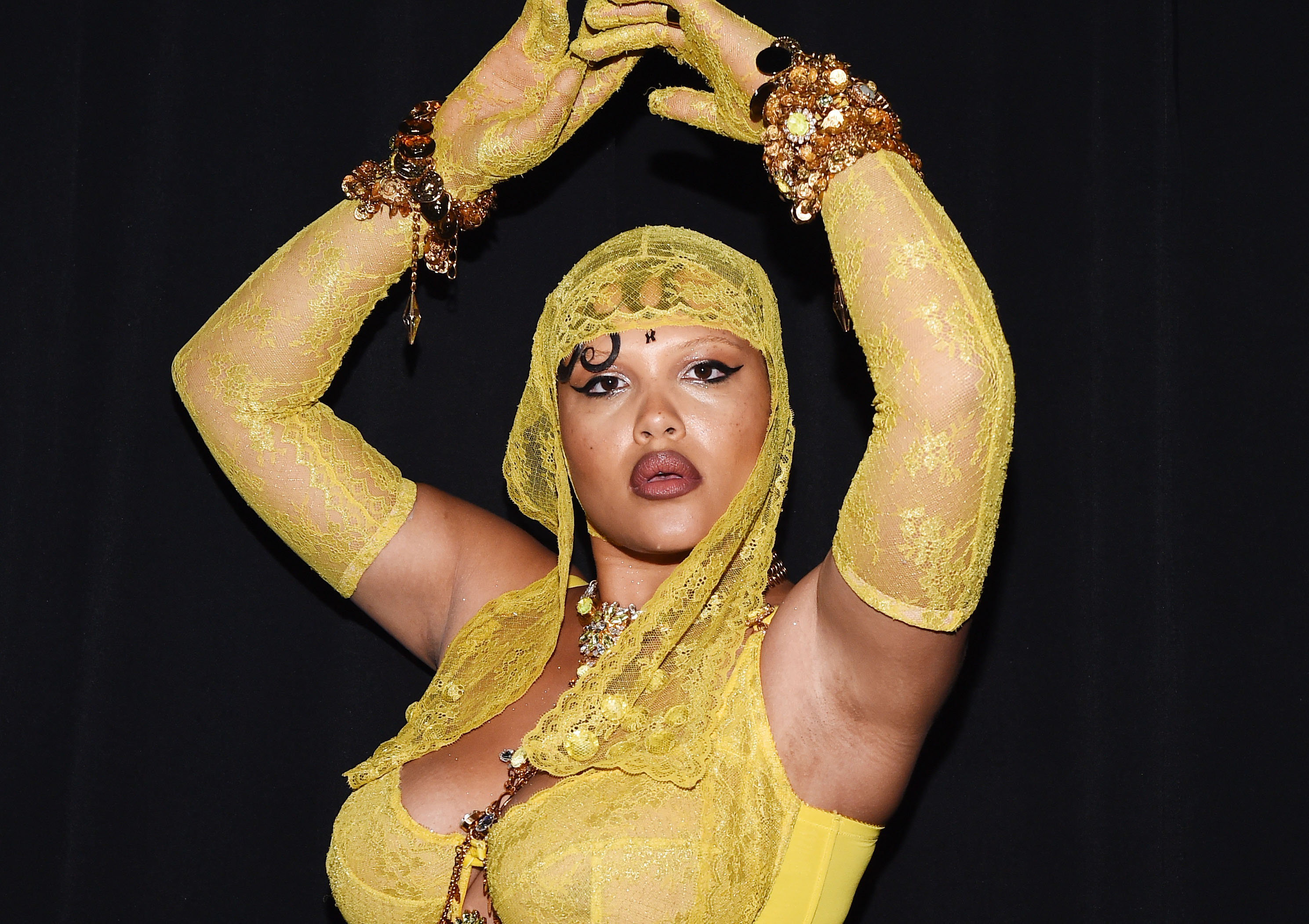 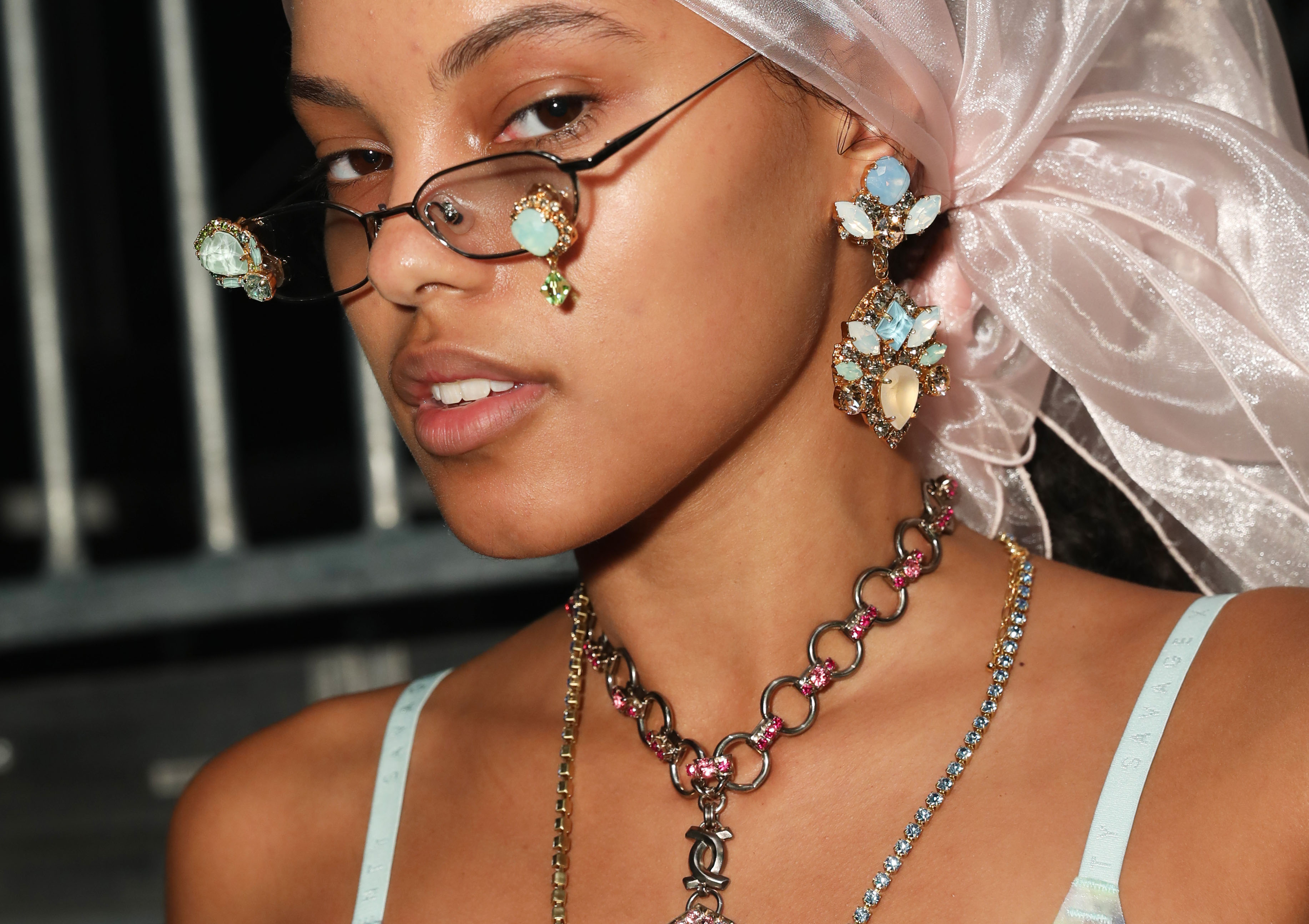 Rihanna’s Savage x Fenty lingerie catwalk show in New York last month was unusual for a number of reasons: phones were banned; the stage set was enormous; there were live musical performances; the models were genuinely diverse; and the whole thing has been turned into a TV show that can be streamed on Amazon Prime. The other unusual element was the jewels.

Often jewellery plays second fiddle to fashion on the catwalk, but at the Savage x Fenty show during New York Fashion Week, which you can watch on Amazon Prime, the jewels are so bold that you can’t miss them. Enormous headpiece-cum-earrings that graze the top of bras, earrings hanging from sunglasses, body chains, chokers and stacks of bracelets – each selected to bring a sense of drama to an overtly dramatic fashion show.

The mastermind behind all of the jewels at the Savage x Fenty show is Vicki Sarge, founder of luxury costume jewellery brand Vickisarge. We caught up with her to ask her what it’s like to work with Rihanna.

How did the collaboration between Vickisarge and Fenty x Savage come about?

“[Milliner] Stephen Jones is a really good friend of mine, and they approached him to do the hats first. Then they wanted to do jewellery, referencing early John Galliano, and Stephen told them that I had worked on those shows. The head of the [Savage x Fenty] design team is called Melissa Battifarano. I had a phone call with Melissa and we got on really well. Everything just fell into place. It felt super modern and something different – I think it was one of the most important shows of the season.”

What was your brief from Rihanna for the jewellery?

“The wanted it to have that rich feel. Our concept inspirations included Morocco, Sexy Valentines and Baby Doll. Colour played a strong role and we worked in blocks of colour: red, green, black, pink, blue, nudes and teal. When you see the show, you realise what a strong impact this created on stage. The sunglasses were really fun – that was Jacob Kay [the stylist behind the Savage x Fenty show]. He’d already put the little clip earrings onto the sunglasses by the time I got there. It really is a nice thing to do that should catch on.”

How long does it take to pull a collection together for a catwalk show like this?

“Jacob Kay literally approached me at the end of July. He said ‘What do you think?’ and I said, ‘I’ll do my best’, and they just kept adding things. It’s practically a jewellery show to me. I really only had my first meeting with Melissa, as she lives in New York [and I live in London], at the beginning of August, and we had to have it all ready by 1st September. My August was very busy. I don’t even know how I managed.”

Jewellery is often forgotten about when it comes to fashion shows on the runway, but this was different. Why do you think the use of bold jewels was so important to Rihanna?

“It was just the richness of the extra layering. I think it was all about texture and richness. They wanted the opposite of Victoria’s Secret, which also has a lot of jewellery but it’s done in a trashy way. Savage x Fenty is about women dressing for themselves and feeling good about themselves.”

Indeed, the Savage x Fenty show is being championed a more relevant, female-centric alternative to the Victoria’s Secret show (which didn’t take place this year in light of the brand’s association with Jeffrey Epstein). In a meme, Instgram agitator Diet Prada captioned a video of Rihanna on stage at the show as ‘Me arriving at Victoria’ Secret’s funeral’. Thoughts?

“I’ve always been very anti-Victoria’s Secret. I never could understand, other than the average bloke on the street, who would like those things. I saw what Rihanna was doing and thought it was really important. I knew her big issue was diversity, all shapes and sizes. It was so much fun to work with the larger-sized models. Everyone was so cool.”

Did you go to the show?

“They took us over there three days beforehand, doing fittings. They really took care of you, first class. Rihanna came and thanked us all, as we were all working late. I can’t say enough good things about it. I was able to watch the show in person, and it was out of this world. It was very empowering.”

“It was different for me, as although Steven Jones and I have been best friends for 30 years or more, it was the first time we worked together on a project, so that felt lovely. And what Rihanna is doing is very modern; it’s the future.”

Do you have a favourite look from the show?

“There were a lot of body chains, which we’ve now been selling a lot of in the shop since the show [all the jewels seen in the Savage x Fenty show are available for sale through Vickisarge]. People want an alternative to just a necklace. The chains can come off, so it can be a necklace, or it can be a wraparound thing. It’s a little bit different. Necklaces have been a slow seller for us – earrings are what sells every day of the week – but this is something new and different.”

Guess what... we're back! After a hiatus due to th

Look at this gorgeous little creature stuffing his

The crisp clarity of a Royal Asscher Cut diamond.