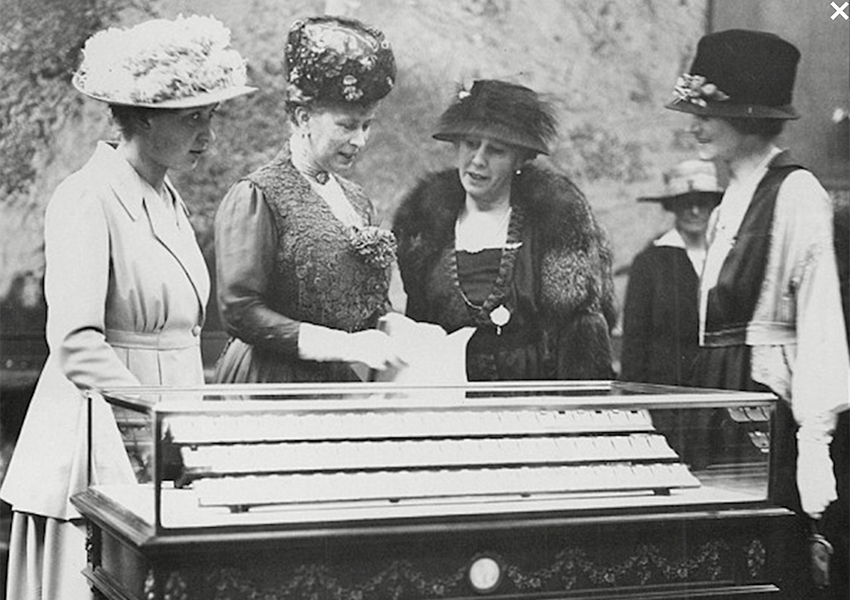 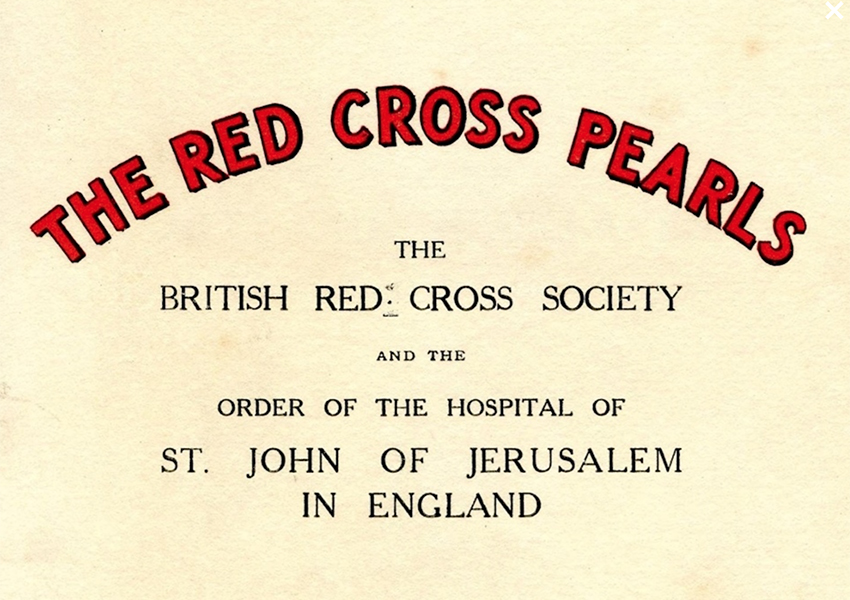 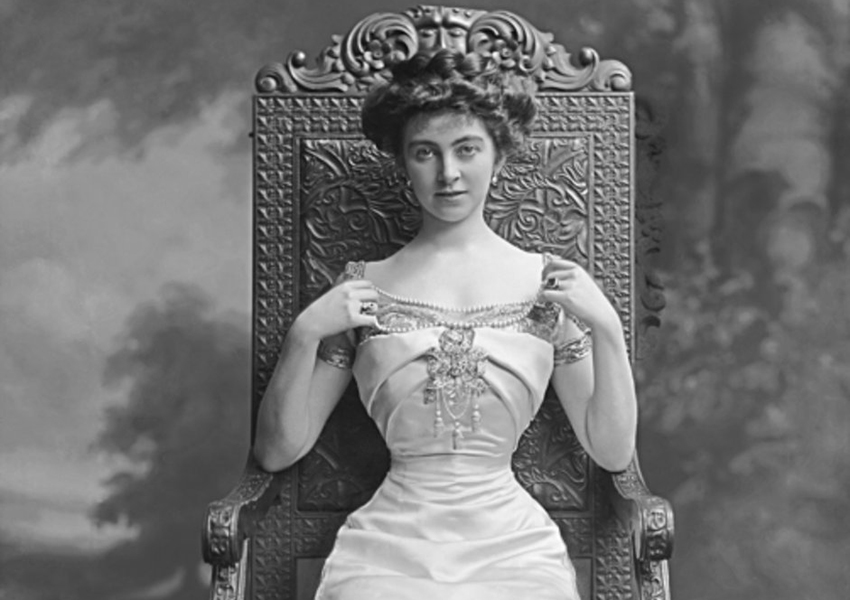 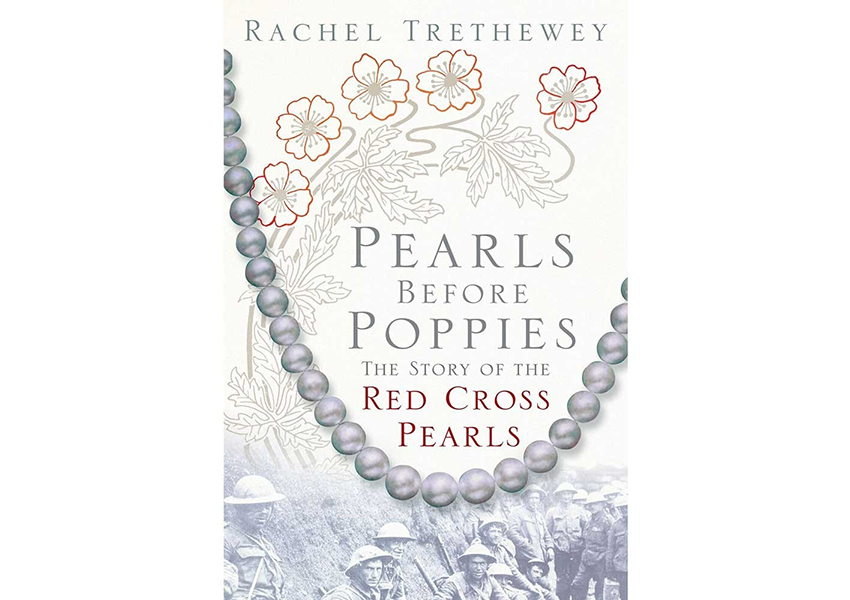 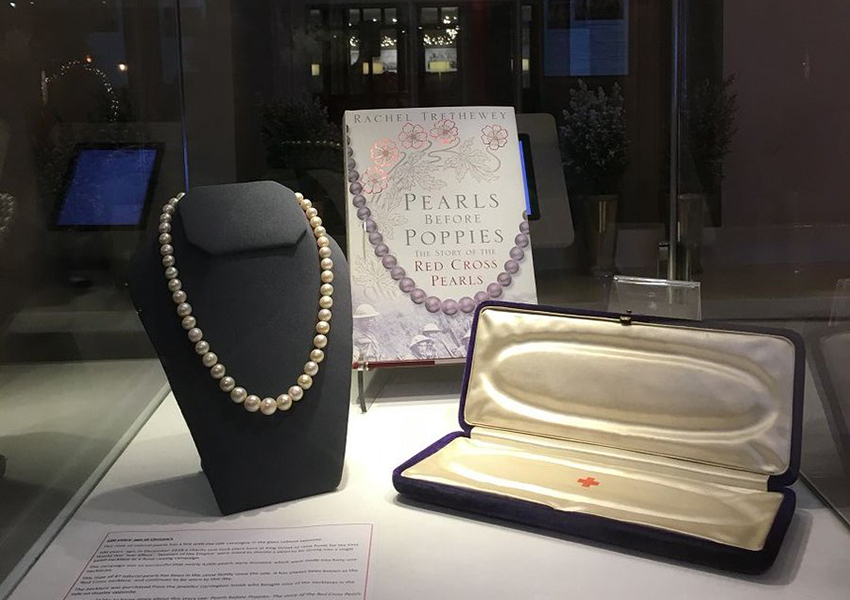 In 1918, auction house Christie’s helped out with an unusual jewellery fundraiser. Women who had lost loved ones in the First World War were asked to donate a pearl in their memory, and these poignant gems were strung together to be auctioned off to raise funds for the Red Cross Appeal. And now, one of those historic pearl necklaces has been uncovered, thanks to a publicity campaign promoting a book.

Pearls Before Poppies: The Story of the Red Cross Pearls, penned by Rachel Trethewey, was released earlier this year and tells the story of this little-known campaign. While we all associate the selling and wearing of paper poppies with the Red Cross, the charity kicked off its post-war fundraising efforts with adornments that were a little more luxurious.

During The Red Cross Pearl Appeal of 1918, 4,000 pearls were donated and the gems were strung together to create 41 necklaces. These, along with other pearl jewels such as rings and brooches, raised £85,290, 12 shillings and 4 d for wounded soldiers when they were auctioned off at Christie’s in London on December 19th, 1918. At the top of the bill was the Norbury necklace, described by the auctioneer as “the necklace of necklaces”, with a string of perfect pearls and a diamond clasp, which sold to jeweller Carrington Smith for £22,000.

The campaign was driven Lady Mary Northcliffe, wife of the owner of The Daily Mail and The Times, and the socialites of the day, who would ask their rich friends to release a single pearl from their necklaces to help build up the cache of gems. There were dozens of countesses, duchesses and viscountesses on the organising committee, and well-heeled donors included Queen Alexandra, the Queen Mother.

Since the publishing of Pearls Before Poppies, author Trethewey has been on a publicity campaign that has included touring the country giving talks about the real-life stories that have inspired her book. During this, one of the original pearl necklaces auctioned off at Christie’s has been found after its owners read about it in Trethewey’s book.

The string of natural pearls has been in the same family for almost a century – a constant heirloom since it was originally purchased at Christie’s in 1918 – and is still kept in its original navy velvet box marked with the Red Cross emblem. While the owners, who wish to remain anonymous, have always referred to the necklace as “the Red Cross pearls”, they did not know the full history of the jewel and the fundraiser until reading Pearls Before Poppies.

In a somewhat full-circle moment, the necklace has been sent back to Christie’s for valuation. The auction house has placed its value at somewhere between £100,000 and £150,000 – more than the entire total raised for the The Red Cross Pearl Appeal in 1918. 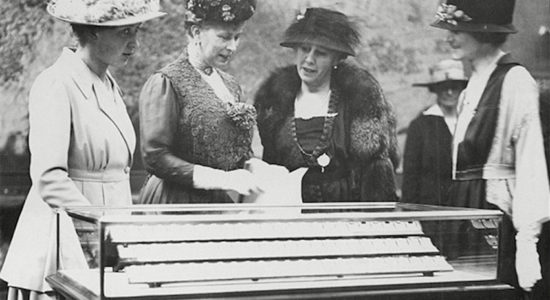 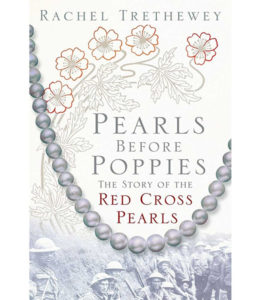 Pearls Before Poppies: The Story of the Red Cross Pearls by Rachel Trethewey was published in 2018 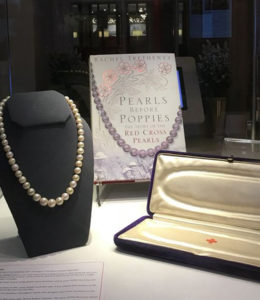 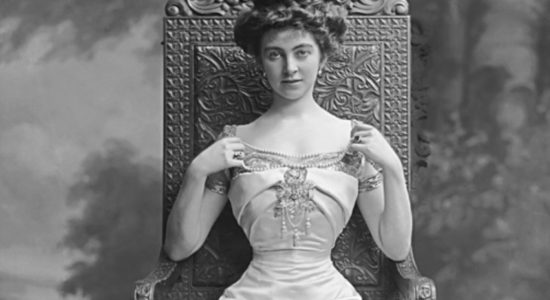 The campaign was driven Lady Mary Northcliffe, wife of the owner of The Daily Mail and The Times.

Pearls Before Poppies: The Story of the Red Cross Pearls by Rachel Trethewey was published in 2018

The campaign was driven Lady Mary Northcliffe, wife of the owner of The Daily Mail and The Times.