WJN founder Victoria McKay writes about the end of an era, shares an exclusive look behind the scenes, and implores others to pick up where she left off 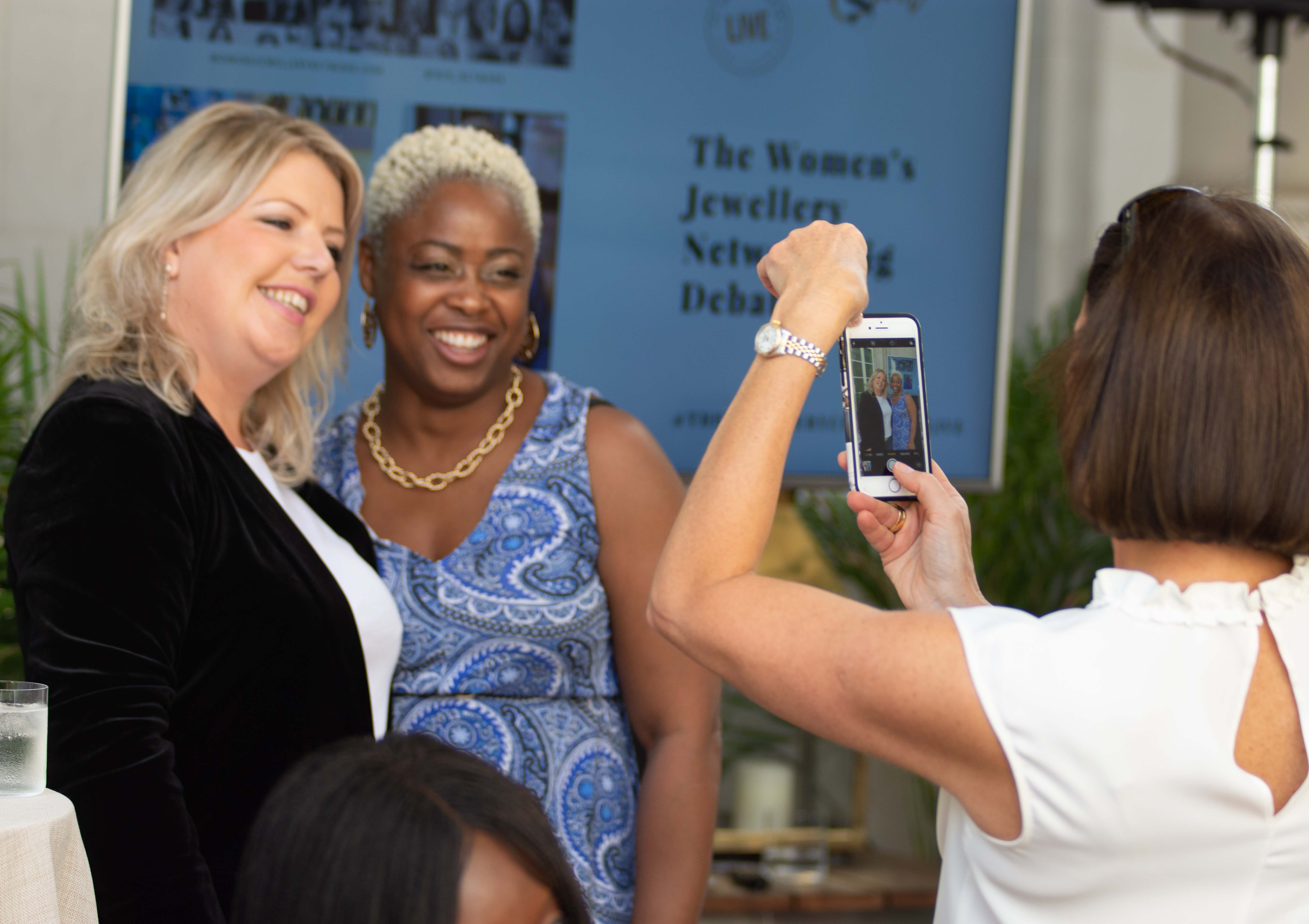 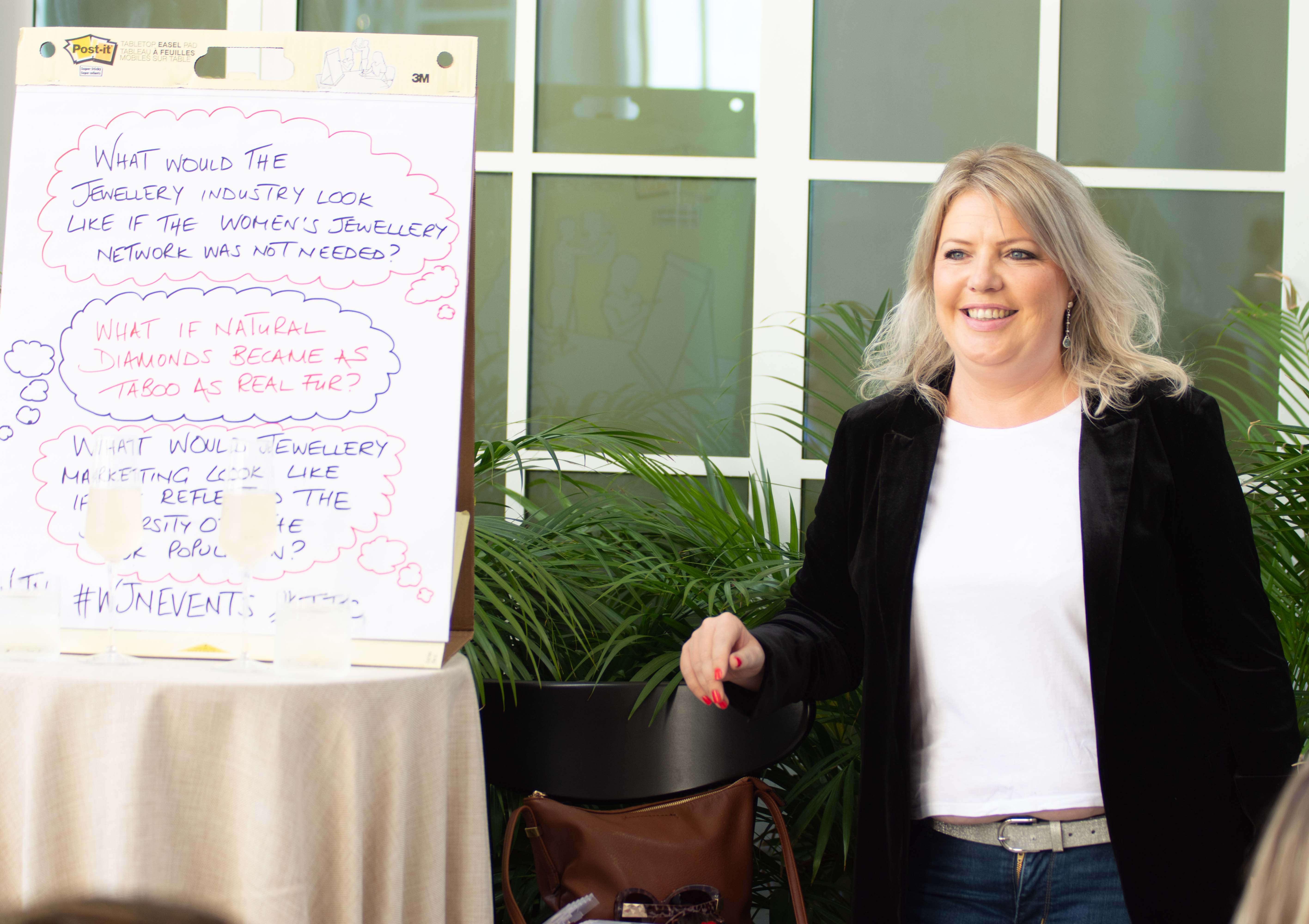 I’m saddened to share that we’ve made the difficult decision to close Women’s Jewellery Network (WJN). We will be closing our members networks and taking down our website within the next month.

The world has changed a lot over the past several months and, like everyone else, we’re adapting with it. Not least, changes in my work life mean I no longer have capacity to lead WJN.

At board level, after much soul searching and debate, myself, Nyasha Pitt, Kathryn Bishop and Rachael Taylor have come to recognise that our efforts could be invested in strengthening our individual abilities to create impact. For WJN to do the work it needs to be doing, it would need to commercialise outputs to afford to pay us a living wage. For us, it has never been about the money.

Assessing the applications to the Kassandra Lauren Gordon Fund is consciously my last commitment in the jewellery industry. It’s my way of making a point… anyone with profile in the jewellery industry has opportunity to influence against injustice. You’ve simply got to put your hand up. Kassandra stepped up with her call to action, to the shame of the industry as a whole.

Whilst, as an ally, I’ve raised my voice and taken action for excluded groups as WJN, we have been campaigning about equality, leading with gender parity, for years. And we have seen little movement.

In reality, the situation is that collectively jewellery industry leaders have not addressed issues around diversity and inclusion. Be that gender, race, sexuality or any other marginalised group. The industry remains led by white men, with a notable presence of Asian and minority ethnic leaders elsewhere in the trade. Yet it’s less welcoming to black people who strive for inclusion than it is to women.

My own action on achieving recognised office in this industry was to create an inclusive organisation as a side gig. It was met with resistance from global and national leaders who did not understand why I wanted to use my influence to advocate for women’s inclusion, career progression and leadership. Men would look me straight in the eye and say, “Well, I employ women” or “I have a mother, wife and a daughter”, as if that made the huge disparities in pay, conditions and progression okay. Women demonstrated incredible levels of internalised sexism, advising me that I was wrong to rock the boat. Others made up their own version of what WJN was about. And this negatively nuanced reception continued throughout our journey; the greatest shame being that the whole industry would benefit from equity and parity for all.

Kathryn Bishop and Rachael Taylor will continue to invest in creative and career-focused initiatives that support talent across the jewellery industry. They are also undertaking personal activity to support and promote greater diversity in industry.

Kathryn will continue her voluntary work supporting the progression and future of the trade through her role as vice-chair of the Goldsmiths’ Craft & Design Council, and as a Freeman of the Worshipful Company of Goldsmiths. She will also support black jewellers in the UK as a pro-bono mentor for members of the Black Jewellers Network, established by Kassandra Lauren Gordon.

Rachael will continue her work as a journalist, reporting on all the facets of the jewellery industry, shining a light on the good and the bad. She is also part is part of the duo that lead The Jewellery Cut, a platform established to support and champion – and therefore level the playing field for – independent jewellery designers. Through its live events, The Jewellery Cut will continue to make career-changing opportunities for emerging or marginalised designers through bursaries, while the website will continue to be a place for diverse discussions, like working mothers or its recent #Blackjewellersmatter campaign.

Since we launched WJN, we have had an incredible amount of goodwill in supporters, followers and, of course, building our renowned global ambassador network, from Scotland to Israel, Belgium, France, Brazil and Denmark. Stepping back to view our ambassador network in its entirely, it is made up of women, men, people of colour, minority ethnic people, alongside representation of LGBTQ+ and disability.

Perhaps most crucially, WJN has given space and voice to those who might not have naturally found an opportunity to speak up or represent in the industry. WJN was built from the ground up to be a diverse and inclusive community. It is therefore with great sadness that we confirm that our Ambassadors and Advocates will also stand down as part of our coordinated closure.

We’ve been blown away from day one by the response from the industry to our different tone of voice and message. We have a global membership, thousands of followers and fans and we have been able to connect with a worldwide tribe, all looking to connect with a deeper vision and to champion for positive change.

There will never be enough thanks for our members’ and ambassadors’ belief in what a tiny collective could achieve. I’d encourage other organisations to dive into our ambassadors’ network for new talent to regenerate stale boards and committees. Unless fresh faces are brought to the forefront, there won’t be any real change – something our industry desperately needs. As Nyasha often says: “You can’t use the same ingredients and expect to bake a different cake.”

My departing message to organisations in the jewellery industry is this: a lot can be achieved with very little, when there’s determination to drive change. We started as one woman with an idea who found another that recognised her vision. They went on to recruit a board and together created a vision, a mission and a global network. We borrowed space and goodwill. We were invited to take over a trade magazine for a dedicated WJN issue — thank you again Professional Jeweller for this memorable opportunity.

We have achieved a lot with not very much in a matter of years. We’ve never had a dedicated member of staff, nor budget, nor have we charged anyone to be a member. And, crucially, we’ve all held full-time roles or run businesses beyond WJN throughout its entire existence.

Custodians of industry: this is where your challenge lies. Fill the gap that the WJN is leaving – the race should be on to now create a meaningful, radical and future-facing organisation. The jewellery industry absolutely has institutions and organisations with considerable resources that could drive real positive change. We all really hope that someone else will step up and be counted; rise to this challenge with a holistic, inclusive and progressive vision.

Before I sign off, I want to say that inherently, the jewellery industry is a wonderful space with huge potential. I’m incredibly thankful of the belief that was put in me and the brilliant women I handpicked to stand beside me. I speak for the board when I say we are proud of what we have done.

Moreover, WJN has worked with, championed and supported some of the brightest women and men in the industry. They are the disrupters, change-makers and thought leaders. They should be the ones to steer the future now.

No glass ceiling, for anyone.

I am sad to hear this, but understand it is a lot. Perhaps some of your initiatives could be tied into the Women's Jewelry Association International? I would suggest reaching out to WJA and seeing if there is anything they are willing to champion.

From a Gay white male I applaud you, for your effort, determination and actions. Regrettably the industry in the UK is still controlled and influenced by the same faces. Some are trying to make change, but not enough in my opinion. I do hope your efforts will not be lost and progress can be made for all minorities. Wishing you all well in your personal endevours.

×
×
×
Today @arketofficial is launching its first ever j

The Diamond Equalizer is a one-off choker created

Eye open, or eye closed when using a loupe? Assess

From tomorrow, you have the chance to bid for some