The Spirit of the Rose, a flawless 14.83ct diamond that takes its name from a famous ballet, is expected to fetch up to $38m at Sotheby’s next month 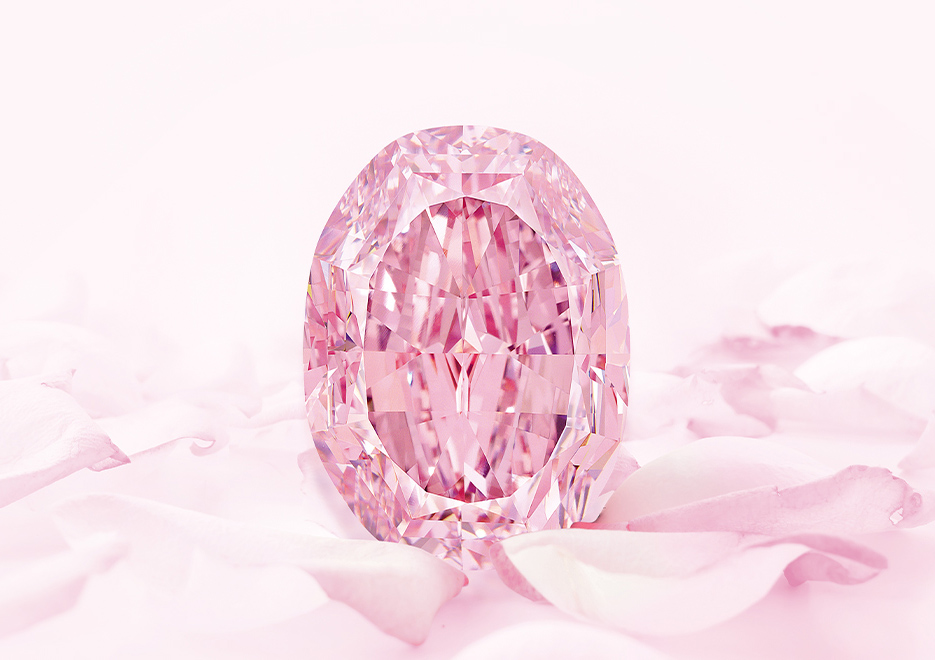 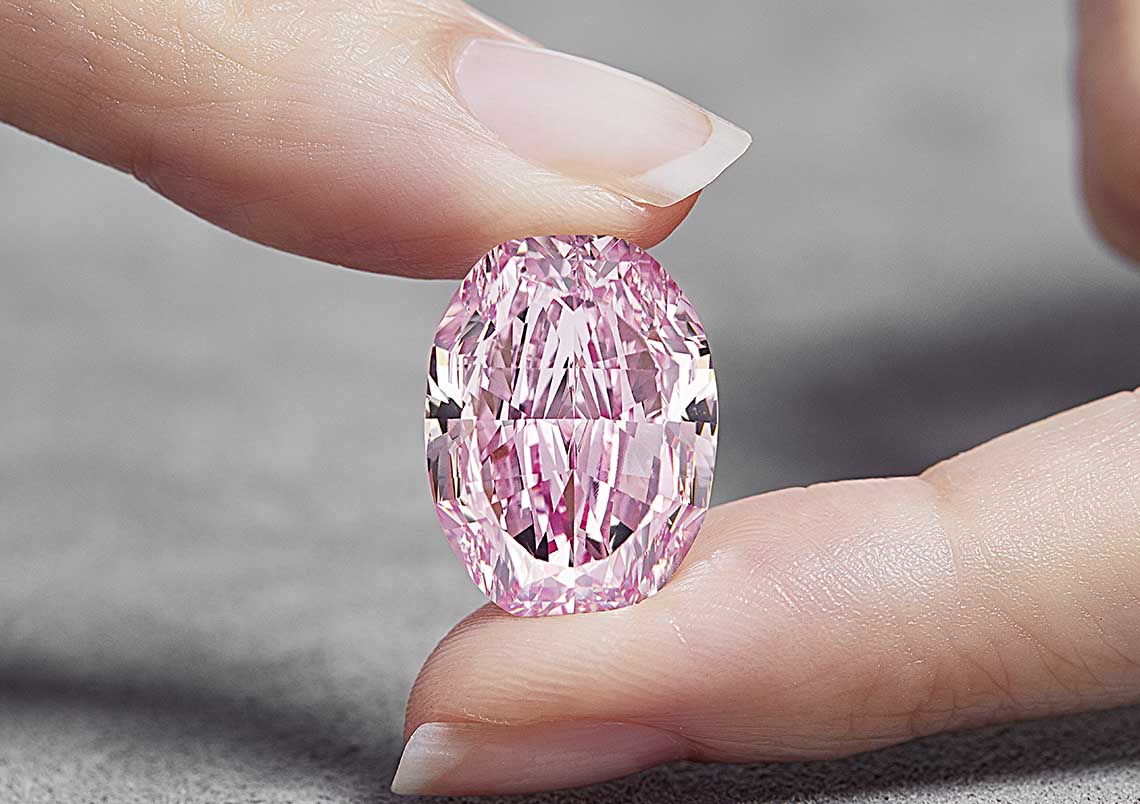 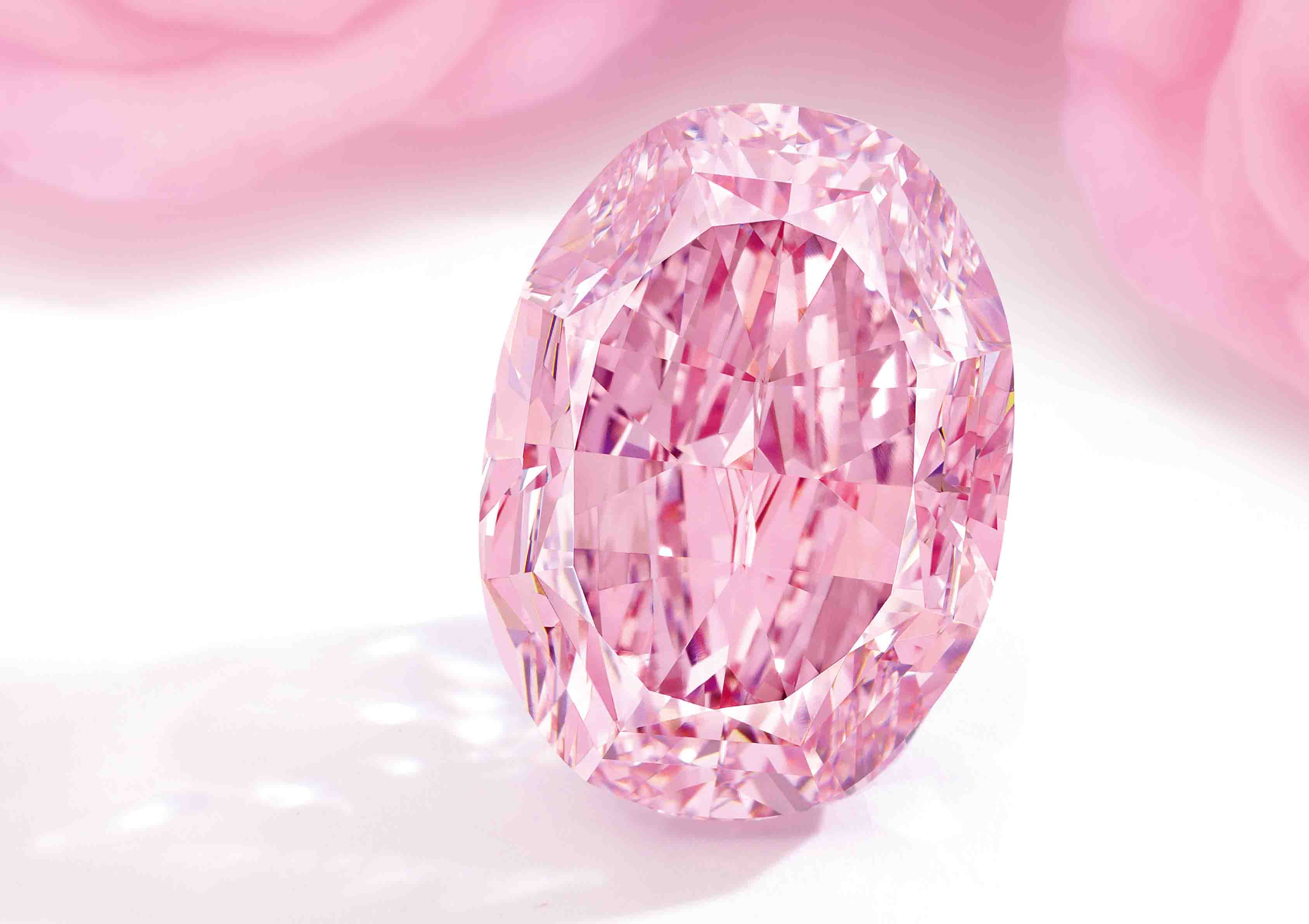 Another week, another landmark diamond sale at Sotheby’s as the auction house readies to let bidders loose on the world’s largest vivid purple-pink diamond, The Spirit of the Rose.

While lighter in carats, The Spirit of the Rose could in fact dwarf last week’s high-profile diamond sale due to its rare colour. At 14.83ct, the fancy vivid purple-pink internally flawless Russian diamond is the largest of its kind and is expected to fetch between $23 million and $38 million when it goes under the gavel in Geneva next month.

“The occurrence of pink diamonds in nature is extremely rare in any size,” says Gary Schuler, worldwide chairman of Sotheby’s jewellery division. “Only 1% of all pink diamonds are larger than 10 carats and only 4% of all pink diamonds are graded Fancy Vivid and display a rich, vivid colour. Having the opportunity to offer a large polished pink diamond of over 10 carats and with the richness of colour and purity of The Spirit of the Rose is therefore truly exceptional. The diamond’s character and immense presence is further enhanced by its perfect cut and oval shape: the numerous facets and shades of pink dance in front of your eyes in a mesmerising way. It is a natural wonder, steeped in Russia’s century-long diamond tradition and cultural heritage.”

Sotheby’s believes that the price for this rare stone will be driven higher by a clash of supply and demand in the pink diamond market. As buyers have fallen for pink diamonds, prices have “increased exponentially over the past decade”. At the same time, the world’s most prolific supplier of pink diamonds, the Argyle mine in Australia, is expected to close by the end of the year as supplies dry up. Since the 1980s, it has produced about 90% of the world’s pink diamonds.

The stone was discovered and cut by diamond miner Alrosa, faceted from the largest pink crystal ever found in Russia. To honour this, the diamond, which will go on sale at Sotheby’s in Geneva on November 11th, 2020, has been named after a Russian ballet.

Le Spectre de la Rose (The Spirit of the Rose), written by Jean-Louis Vaudoyer, tells the tale of a young girl who dreams of dancing with the spirit of a rose saved from her first ball. It was first performed by the Ballet Russes in Monte Carlo in 1911, with Vaslav Nijinsky dancing the part of the rose, during which he made a spectacular leap that brought him world renown, and Tamara Kaesavina as the young girl.

Ahead of the sale in November, The Spirit of the Rose will go on tour. Sotheby’s will exhibit the diamond in Hong Kong, Singapore, Taipei and Geneva over the coming weeks.