Back to the future with Loren Nicole 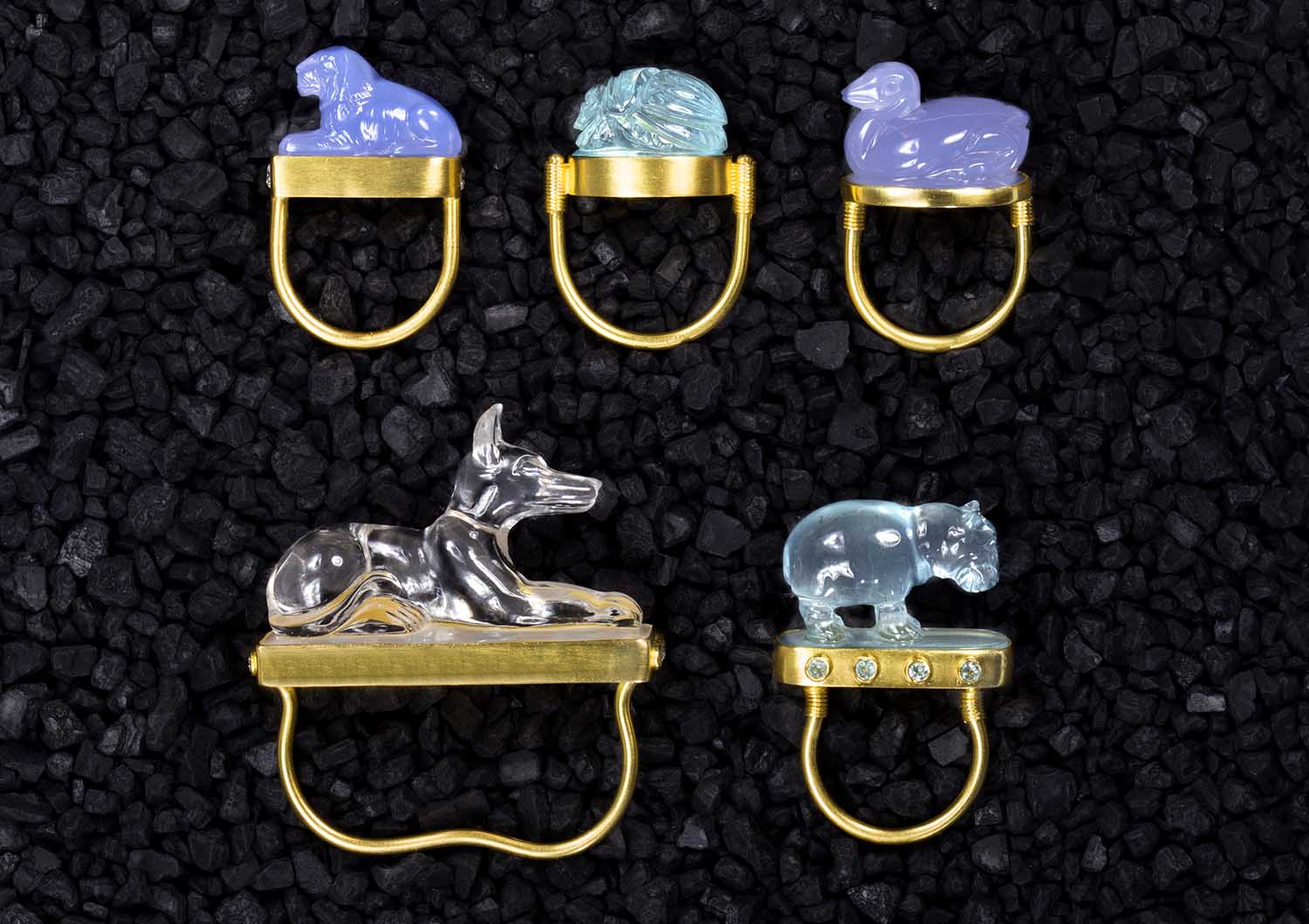 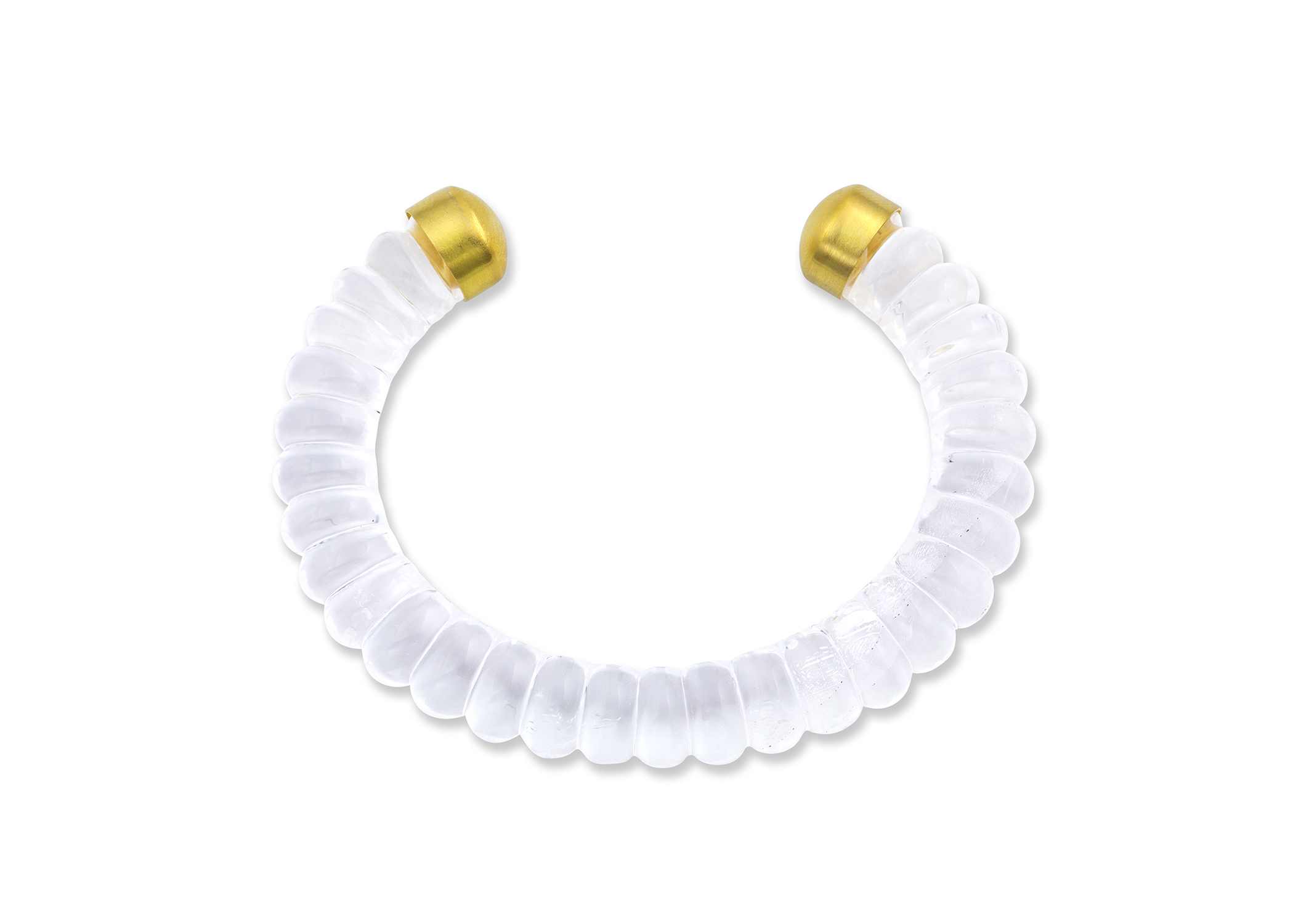 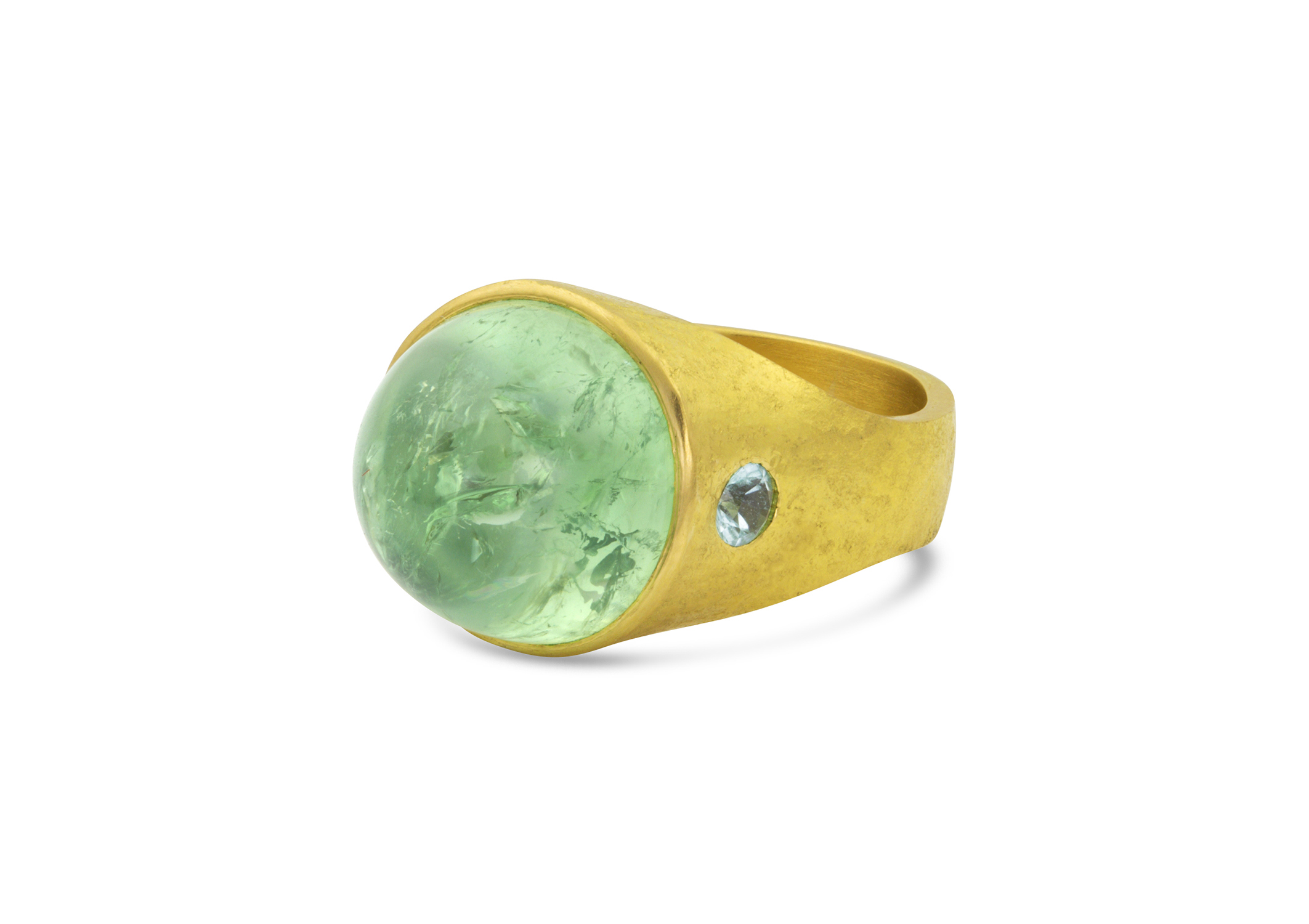 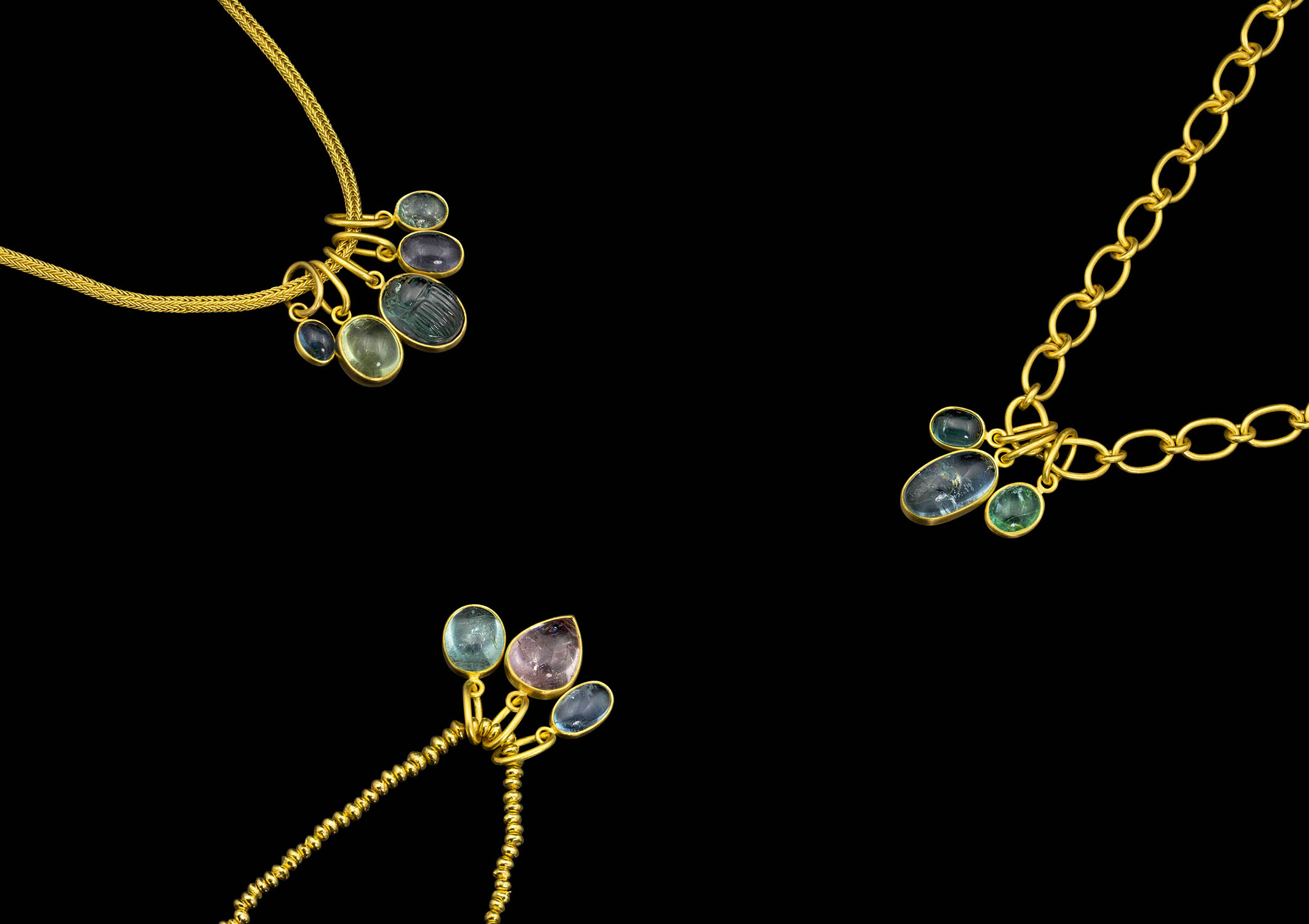 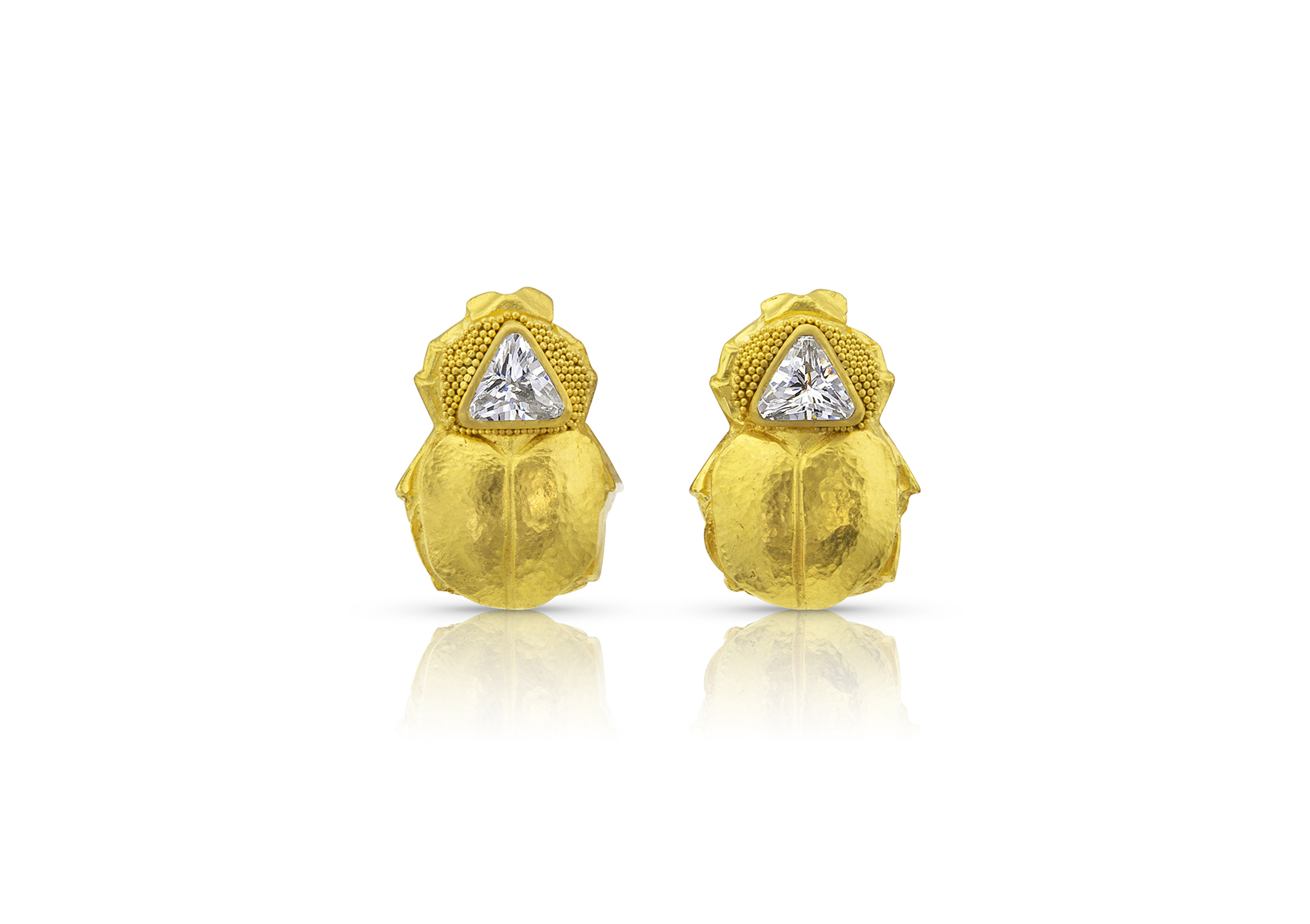 Loren Teetelli’s journey into the world of jewellery began in the unlikely context of an art history and anthropology degree. This led to field research in Central and South America, as well as conservation roles at the American Museum of Natural History and Metropolitan Museum of Art. One aspect of her research was ancient jewellery, so she took a jewellery-making class, simply to connect more deeply with her subject. Or so she thought.

Fascinated by the hand skills required to fashion jewellery in ancient times, and very much approaching the subject as an academic, Teetelli forewent a traditional jewellery-making course in favour of ancient metalsmithing. Wishing to learn from the best, she scoured New York for experts in this field, who could teach her unusual techniques such a gold granulation – the process of using droplets of gold to create a textured surface. Traditional chain making was also on her list.

“[These experts] were hard to find, originally, but then it became much easier as they all stemmed from the same school,” remembers Teetelli. “It came from curiosity and wanting to learn. I never thought about making it a career.”

How a curiosity became a career

Others, however, noticed her skill, and soon – as is often the way with amateur jewellers on the turn – friends and family started coming to her with requests for jewels. What was a hobby became a profession, when Teetelli “just woke up one day” six years ago and realised the career path stretching before her in the museum world was not for her. On a “whim” she packed up and left New York for the sunnier climes of Los Angeles, and so the beginnings of the Loren Nicole jewellery brand began to take shape.

Teetelli, who now devotes herself to crafting jewels in her Los Angeles studio full time, feels the move from East Coast to West Coast has been intrinsic to the success of her brand. “I would say that LA has had a tremendous impact in my personal life and on my mental health, which definitely translates to how well I am able to create,” she shares. “We need that time to unplug and relax to feed our creativity [that Los Angeles allows].”

What that creativity boost has led to is jewellery with a deep significance. All Loren Nicole jewellery takes its inspiration from historical jewels worn by ancient civilisations, and more than just chasing a look, Teetelli tries to use the same techniques as artisans working hundreds, or thousands, of years ago.

“My background in archaeology doesn’t just inform the style of jewellery I create, it’s completely intertwined with why I chose to design jewellery,” she says. “I feel that I’m raising awareness of the artistry of ancient civilisations. I see the collection as an educational opportunity to preserve knowledge of ancient techniques.”

One of the most exciting things about Loren Nicole jewellery is that every piece is crafted by hand, using exceptionally rare techniques. Teetelli works at the bench herself, using ancient tools and no electricity. “By making these choices, I have also chosen to always remain a small company,” says the designer of the limitations of staying true to historical jewellery making techniques. “I don’t really see that as a drawback. I actually find it to be liberating, because it allows me to cultivate much closer relationships with my collectors and followers.”

A glance at Loren Nicole jewellery will impress the importance of large – often carved and colourful – gemstones to the brand’s DNA. From beads to miniature animal sculptures in yellow beryl, topaz, aquamarine, tanzanite and chalcedony, to name but a few, every gem that passes through the Loren Nicole workshop is imbued with a historical reference. “I decided to only work with gemstone-cutting techniques and styles that would have been used in antiquity –  cabochons, tablets, smooth beads and carved stone,” says the designer, who has a fondness for one gem in particular.

“I have a deep relationship with rock crystal,” she continues. “It’s definitely my default stone. Much like the ancients, I’m not too distracted by the cultural value of the stones. What is most important is, ‘Is it beautiful?’. The combination of the clean, crisp clearness of rock crystal against high-carat gold really doesn’t get more aesthetically perfect – it’s modern and ancient all at once.”

A bespoke, handcrafted alloy of gold

All Loren Nicole jewellery is made using a bespoke 22ct yellow gold alloy. This unusual alloy of gold – a richer, and pricier, yellow than the standard 18ct used by luxury maisons, but a smidge below the purity of 24ct gold favoured by traditional Asian jewellery – is undoubtedly Loren Nicole’s aesthetic signature. This vibrant, warm and sumptuous gold is an alloy that Teetelli creates herself, and she evocatively describes the precious metal as being “like a warm hug”.

Teetelli uses this gold in all her creations, but it particularly shines in her chains. As with all her jewels, the emphasis is on handmaking, with each link crafted and connected by the goldsmith in her studio, inspired by designs and techniques that made their debut in Ancient Greece or under Roman rule. “My chains have a devoted following,” she says. “There’s something quite beautiful about their weight. They respond to being worn and held, as the links become more and more sinuous with wear.”

Just as the forward march of history carries on, so too will Teetelli’s work as she continues to plunder the history books for inspiration for new designs. “I’m currently working on some new additions to our permanent collection, including two new chains, and I’ll be revealing a new line highlighting a specific ancient civilisation,” she says.

For now, Teetelli remains tight lipped on just which ancient civilisation she will turn to next. What is guaranteed is that it will be another fascinating insight into jewellery history as this extraordinary jeweller continues on her mission to study, revive and reimagine goldsmithing of the past. 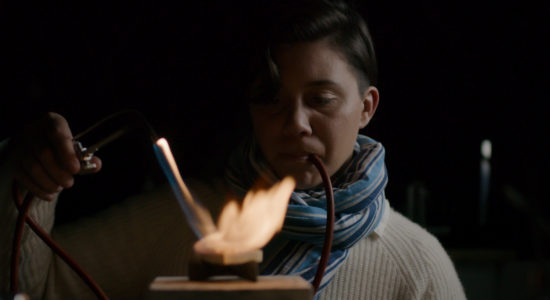 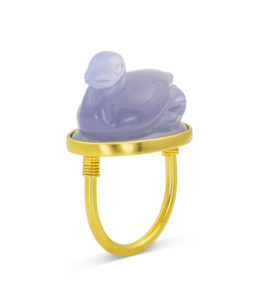 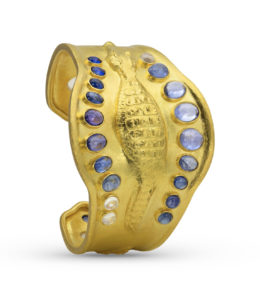 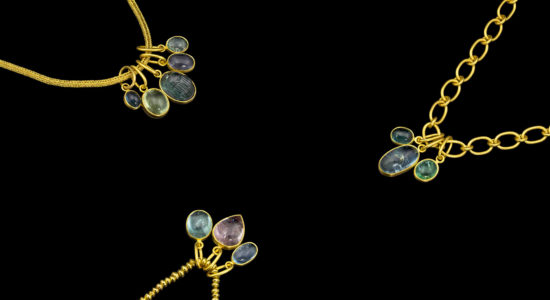 My background in archaeology doesn't just inform the style of jewellery I create, it's completely intertwined with why I chose to design jewellery. I feel that I’m raising awareness of the artistry of ancient civilisations. I see the collection as an educational opportunity to preserve knowledge of ancient technique 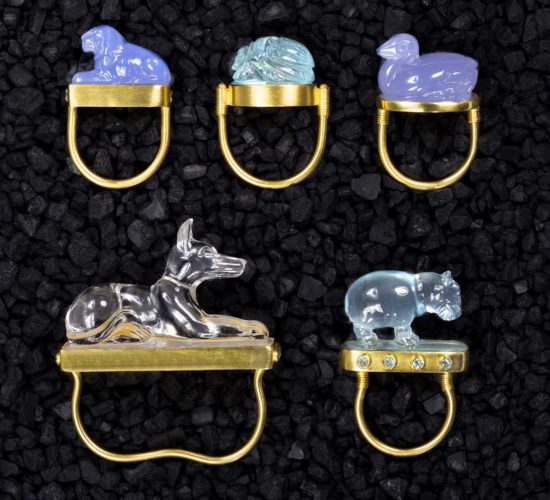 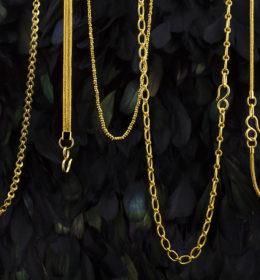 Hi there I am interested in Loren Nicole\'s gemstone Nebu rings and wish to inquire about the cost and if one can order \"special carve animal\"? Regards, Josephine