A short history of the eternal, enduring wedding band

Anna Loucah takes on a trip through ancient cultures as she explores why a simple band is so symbolic, and picks her top four from the history books 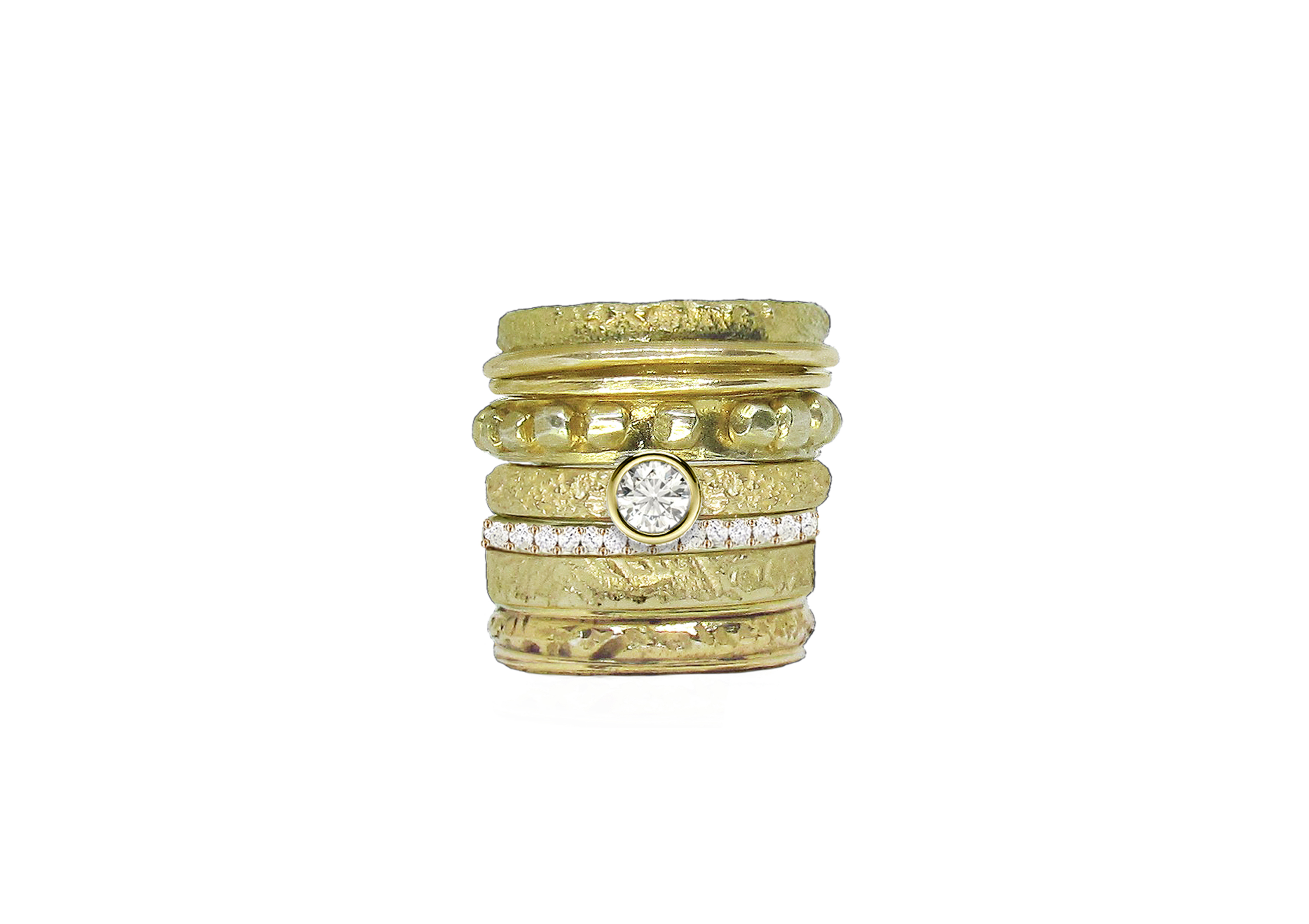 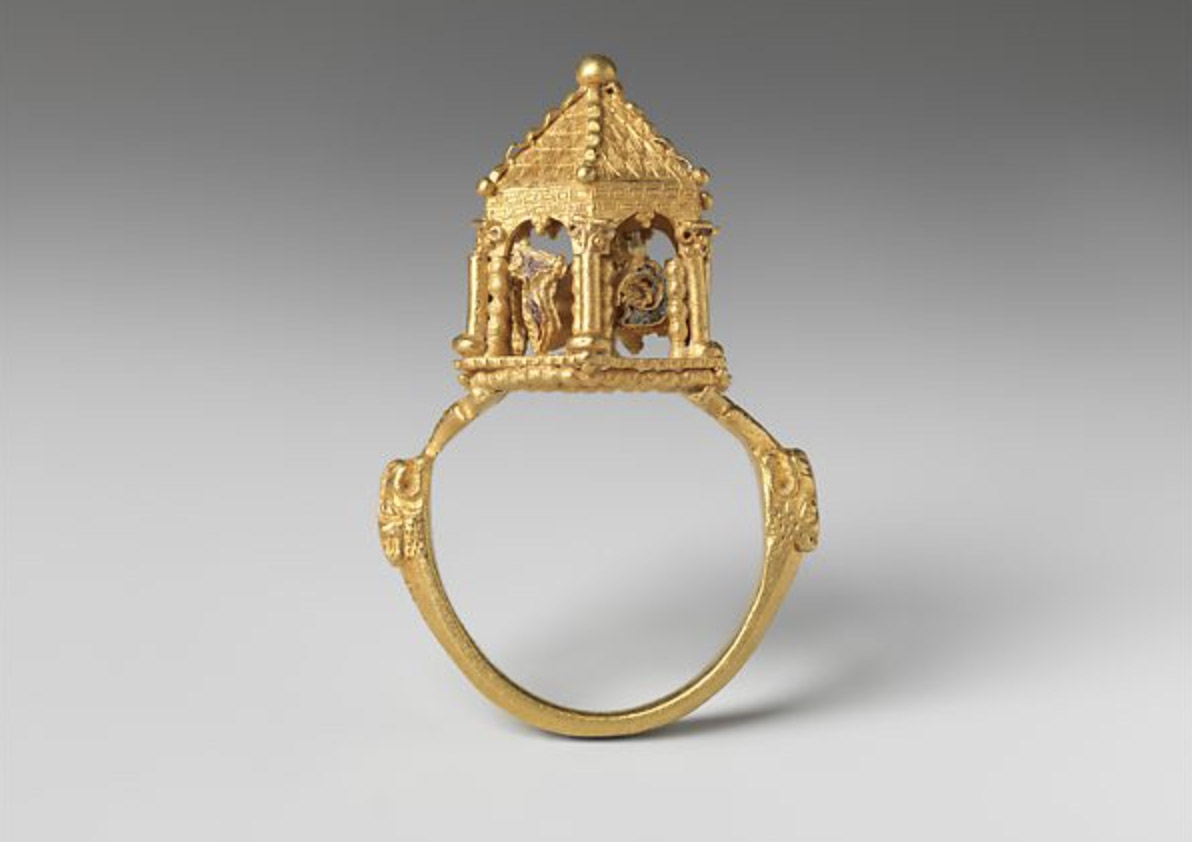 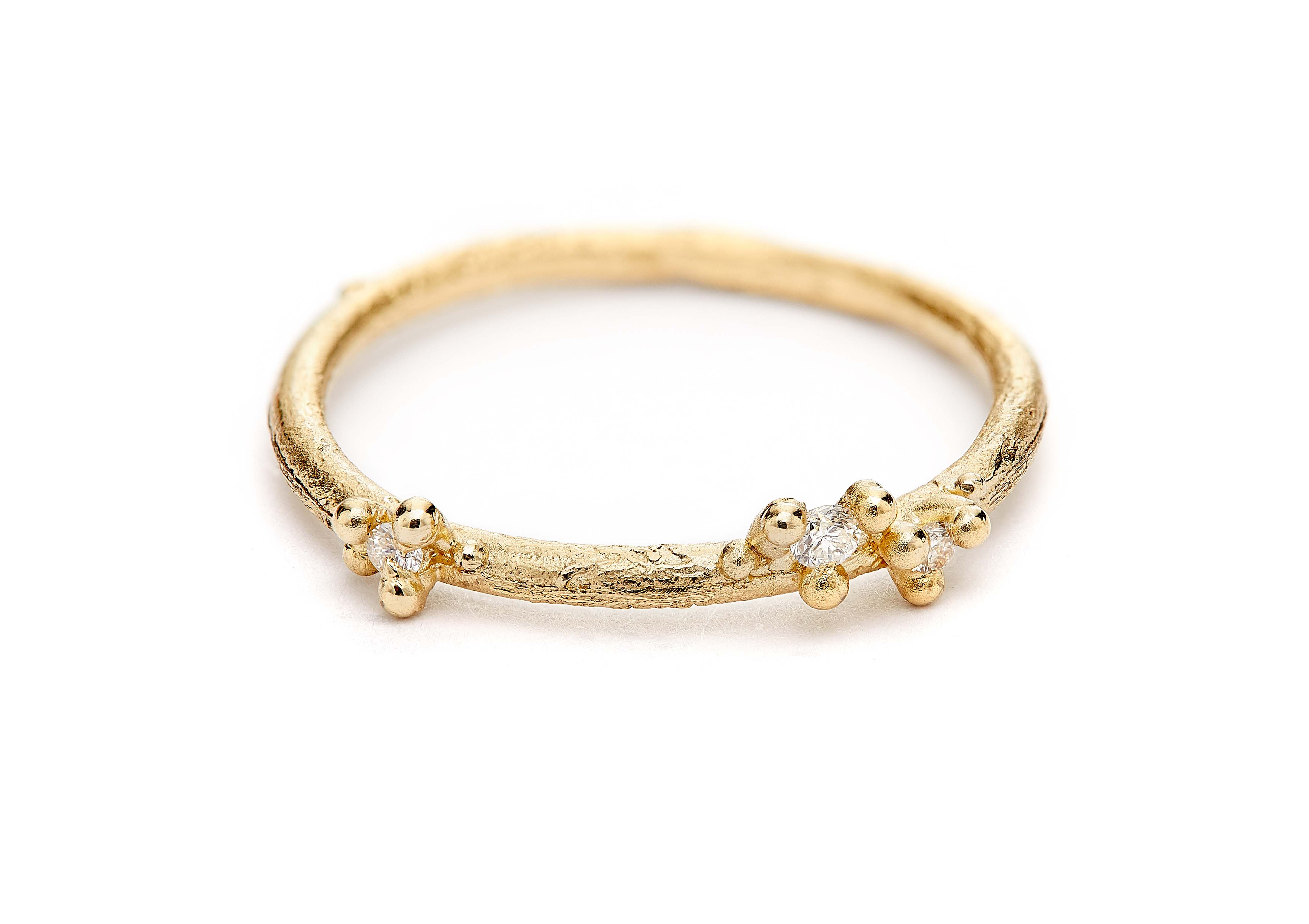 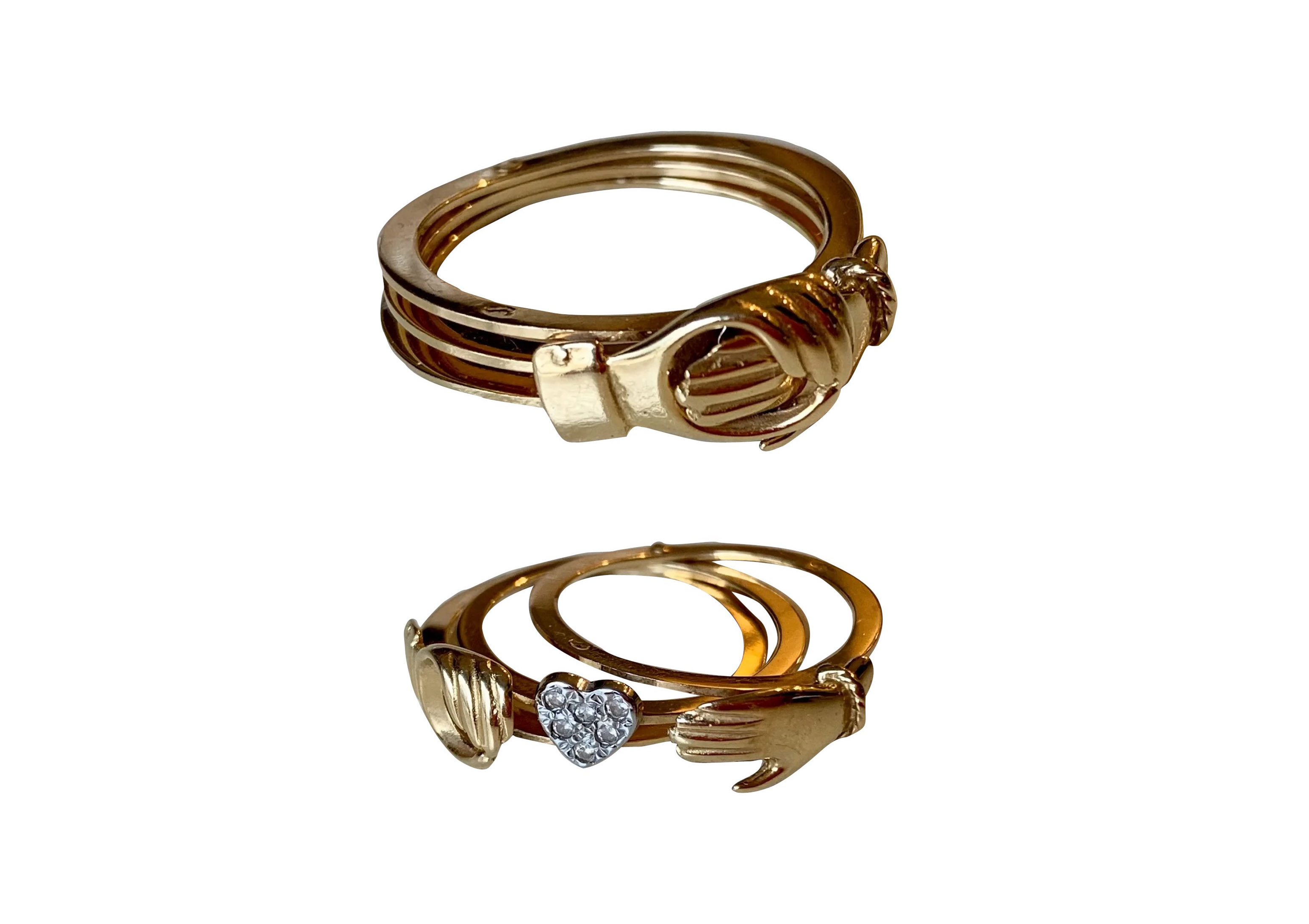 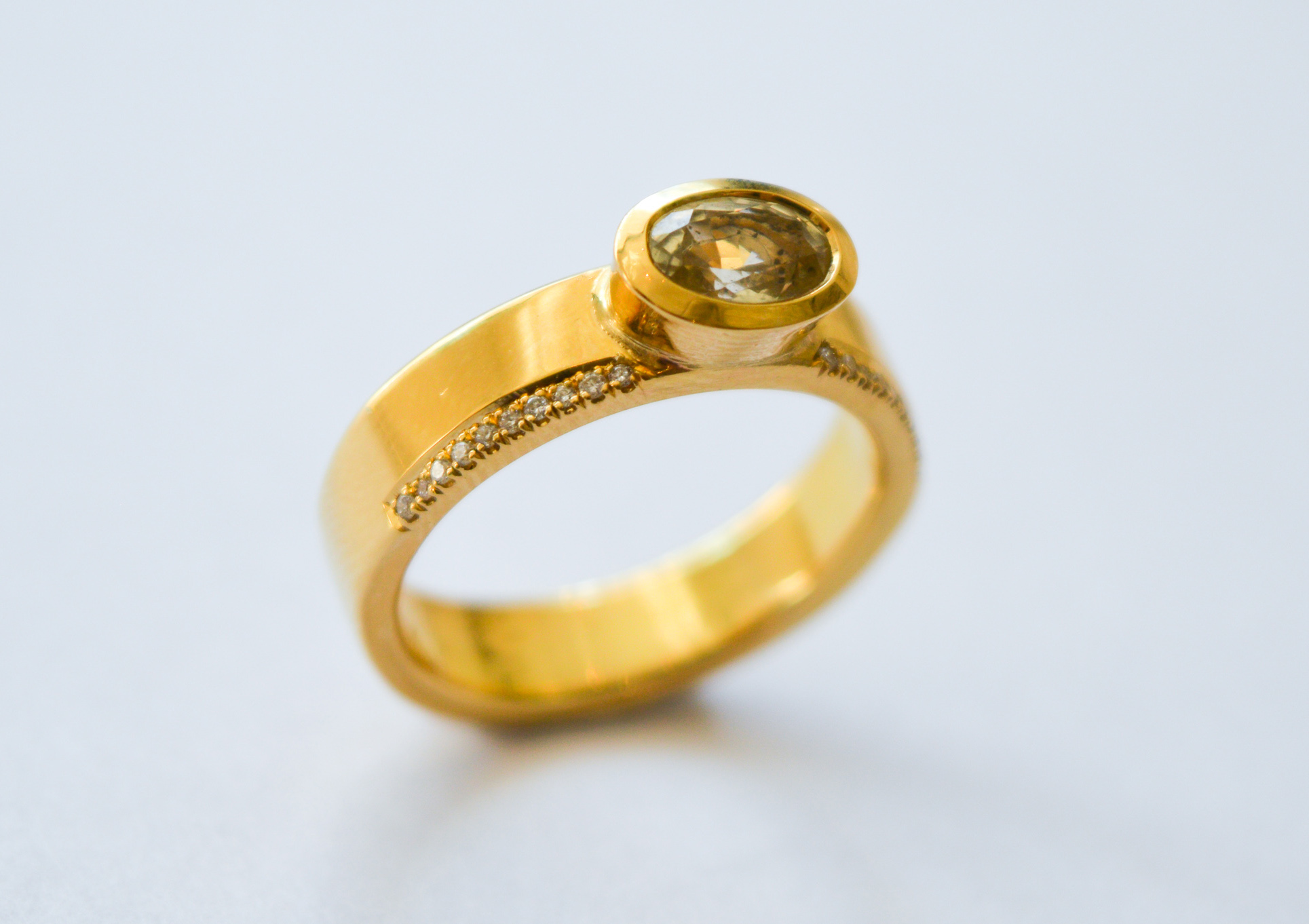 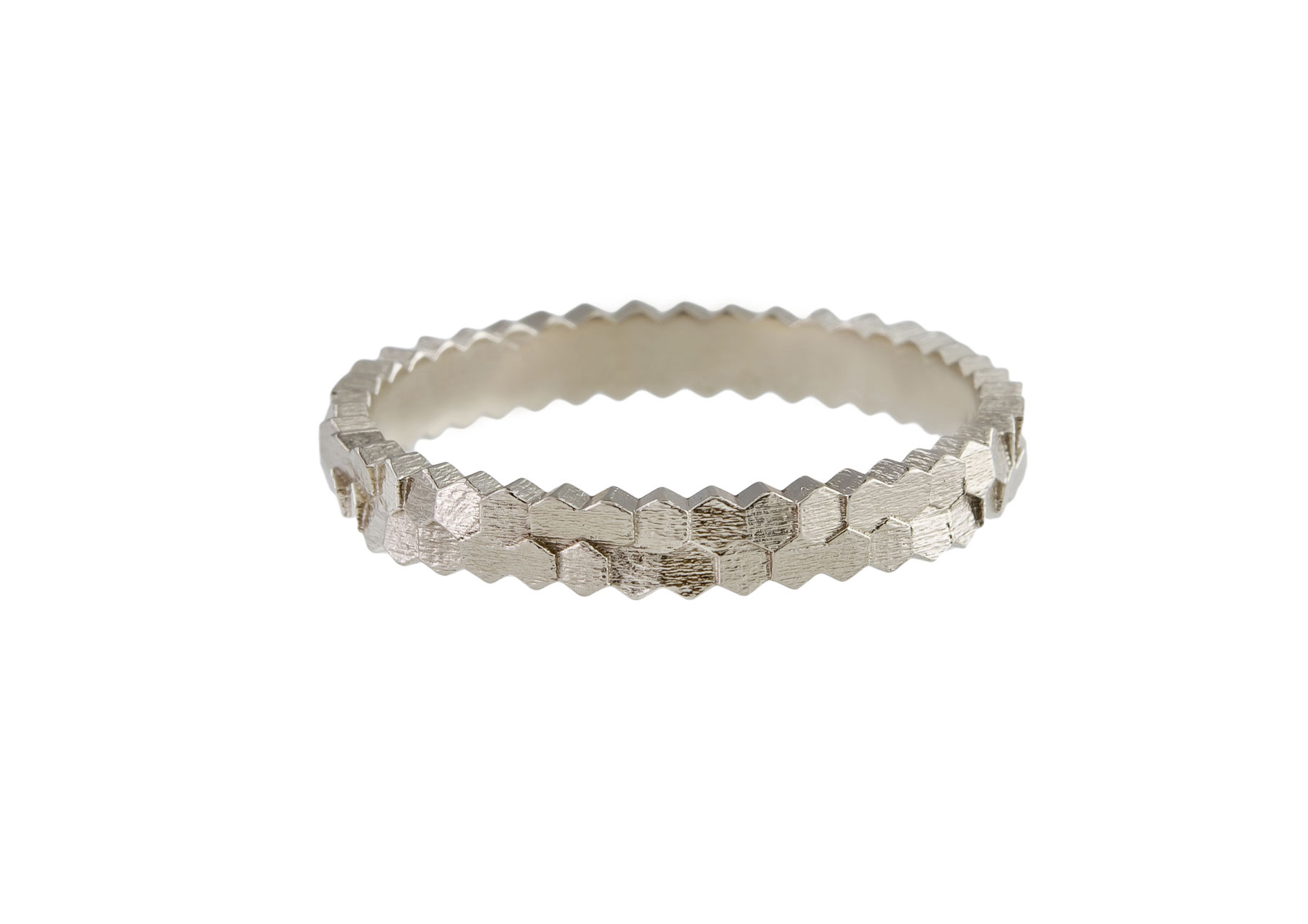 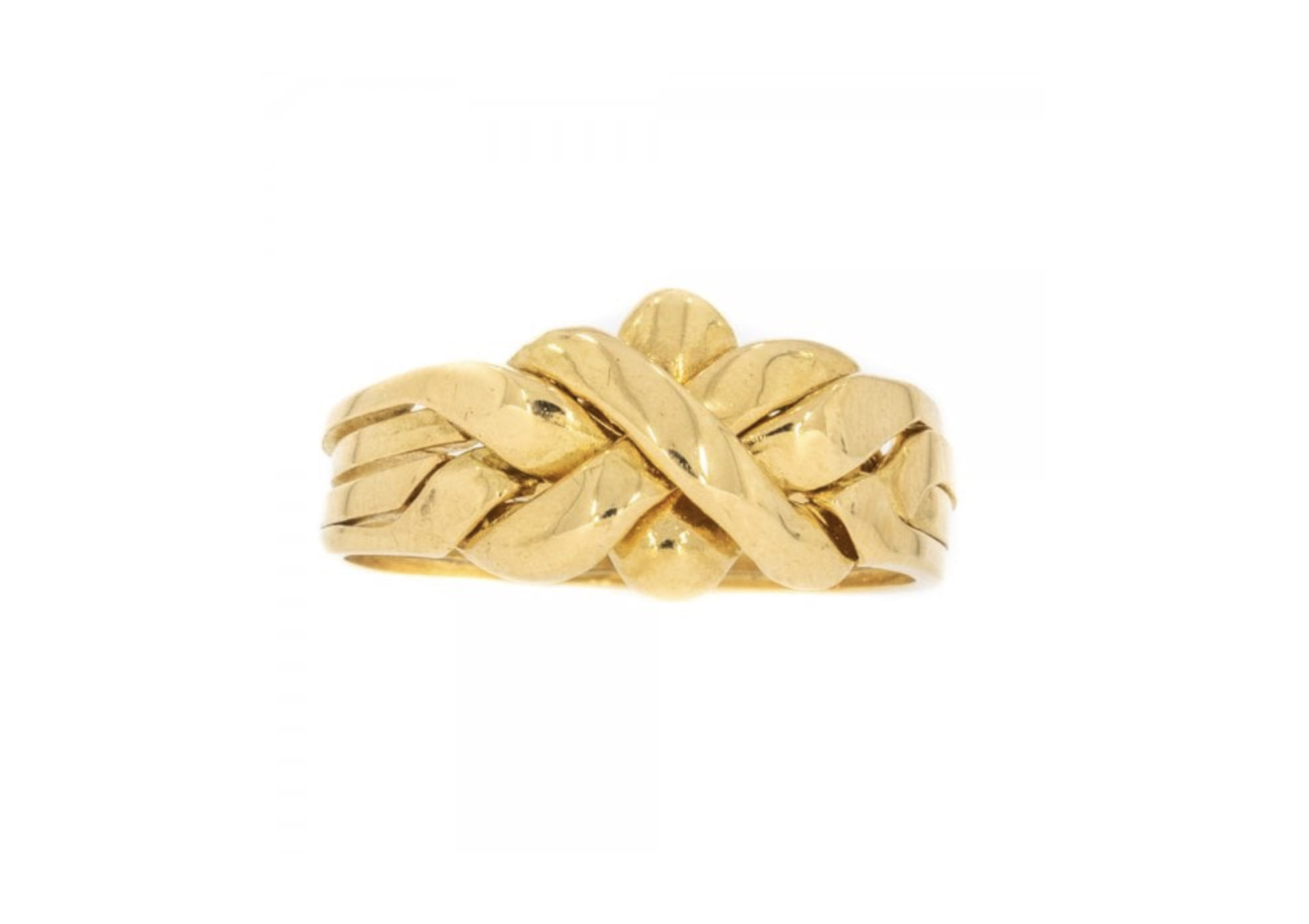 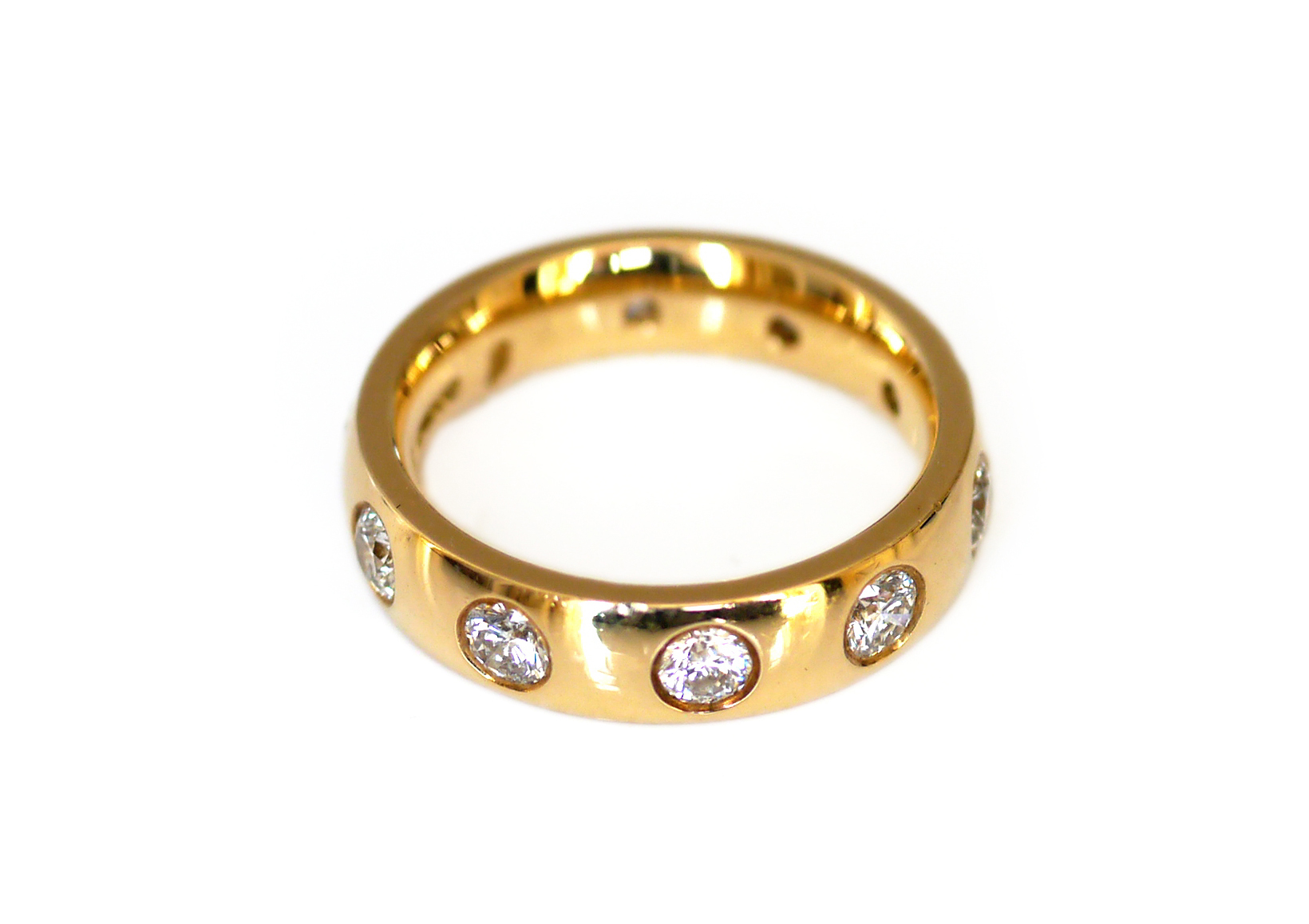 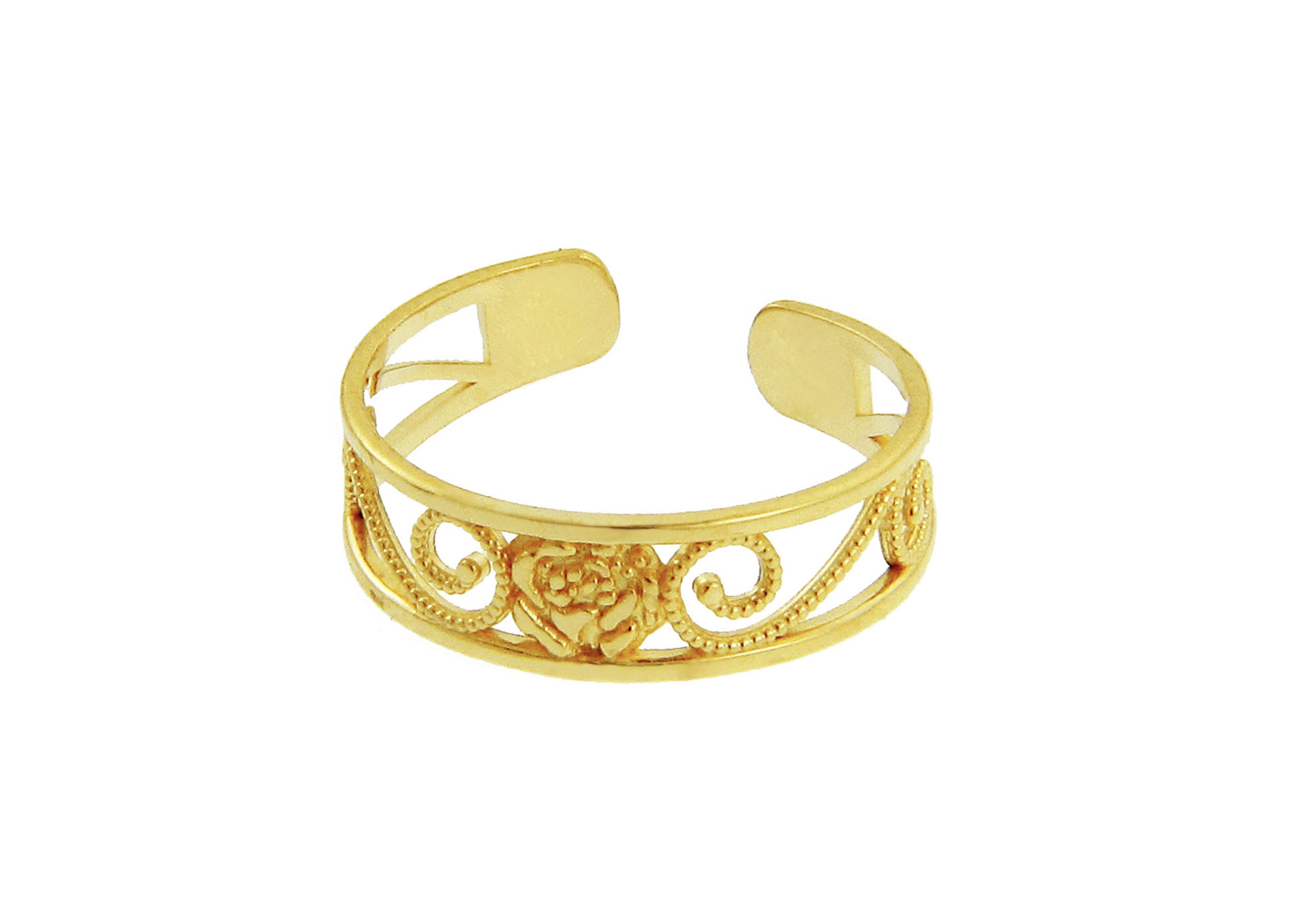 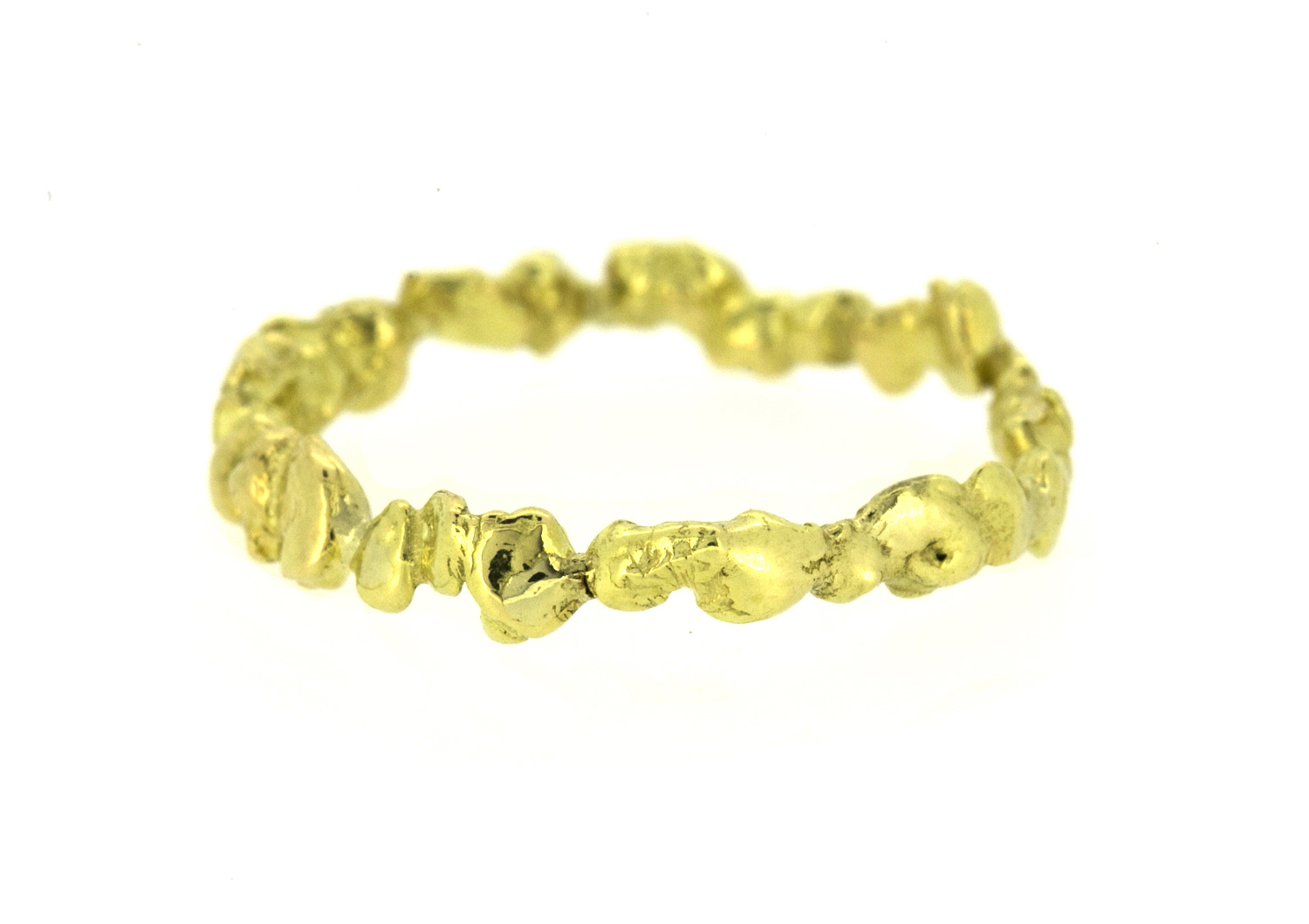 As a jeweller frequently commissioned to create ‘future heirlooms’, I have long been fascinated by the traditional and cultural importance placed on the precious pieces that we wear. Throughout history, jewellery has been respected as more than simple adornment and, in today’s world, perhaps no piece is thought more symbolic than the wedding ring.

For the couples who come to make their own wedding rings in my studio, the pieces that they complete on the day are certainly more than just a band. Why is it that this often simple shape is imbued with so much significance?

Rings have been worn as symbols of power, respect, and as personal talismans for millennia. Whilst there is no definitive record of the ring being used to represent any kind of union, many believe it began with the ancient Egyptians some 4,000 years ago. During these times, rushes, reeds and papyrus were braided together into rings for the fingers of Egyptian women as a sign of devotion. Some are believed to have marked a bond between families, whilst others were given purely in the name of true love.

Similar traditions also began to emerge in ancient Greece, but it was the Romans who are believed to have first linked the exchanging of rings with a more formal marriage and associated it with a marital dowry and vow of fidelity.

Regardless of the formality of union, the symbolism of the rings’ circular shape – with no beginning or end – was considered representative of commitment and immortal love.

Whilst this representation of eternity is still maintained today, there was also, in ancient times, an equal importance placed on the space within the ring itself. Regarded as somewhat more than a convenient place to put your finger, it was also believed to act as a portal to all that is known and unknown both in this world and the next.

The tradition of the wedding or union ring soon began to spread across Europe and the Middle East with the Byzantines, Christians, Jews, Celts and Moors each adopting their own version.

The cultural specifics of each union may have varied slightly, and the amount and style of ornamentation applied to the rings themselves varied a lot.

History provides us with a wealth of beautifully engraved and exquisitely embellished examples – too vast to be done justice here – so let’s just take a look at a few of my favourites.

Being a jeweller with both a love of detailed ornamentation and recycling, the Jewish ceremonial marriage ring struck a chord with me for both its beauty and the sense of community sharing that it inspired. Dating back to at least the 10th century, these rings depicted miniature – but, oh so, elaborate – representations of homes and temples that could be opened like lockets to reveal a Hebrew inscription. Of course, with such extravagance comes a hefty price tag and so it was common for one single ring to be owned by an entire community and then simply borrowed for ceremonial purposes before being returned.

A ring with perhaps not quite such a sense of community spirit was the Puzzle ring of the Ottoman empire, which consisted of several delicate rings all joined together. When worn correctly, these rings formed an intricate interlocking pattern, which, although very beautiful in its complete state, was extremely difficult to put back on again if it were to be removed. Therefore, should a wife choose to temporarily remove her ring for one reason or another, her husband would most certainly be made aware of it.

A somewhat more romantic interpretation of the Puzzle ring is the European Gimmel ring, which consisted of just two intricate, or sometimes three, interlocking bands. These bands were separated upon the engagement of the happy couple, who then wore one each until the time of their marriage. The bands would then be reunited during the ceremony and subsequently worn combined by the new bride.

Of course, rings are not all made to fit the finger. During Hindu wedding ceremonies the groom places a single ring on the second toe of both of his bride’s feet, which she then wears constantly to represent her marital status. Not just merely symbolic, the placement of these rings also have associated health benefits according to Indian traditional medicine. In Ayurveda, the action of applying a slight pressure to the second toe of each foot is said to ensure a healthy uterus, and therefore a fertile union.

Healthy uterus aside, the majority of marriage ceremonies that involve the exchange of rings do place those rings on fingers – with one finger in particular being more popular than the others. While there are some very practical, but decidedly unromantic explanations as to why we most commonly wear our rings on the third finger of the left hand, I’d like to go right back again to ancient Rome and the vena amoris or ‘vein of love’.

The Romans believed that particular finger had a vein or nerve that connected directly to the heart. While this has since been proved to not be the case, I still like to hold on to it out of pure sentiment for one of the jewellery world’s most symbolic and enduring pieces.

Anna Loucah is an award-winning ethical jewellery designer based in London, and founder of Anna Loucah Fine Jewellery

In ancient times, an equal importance was placed on the space within the ring itself. Regarded as somewhat more than a convenient place to put your finger, it was also believed to act as a portal to all that is known and unknown both in this world and the next