Where do the best emeralds come from?

From the well-known intensity of Colombian gems to the surprising clarity offered by Madagascar, David Weinberg takes us on a global tour of emeralds 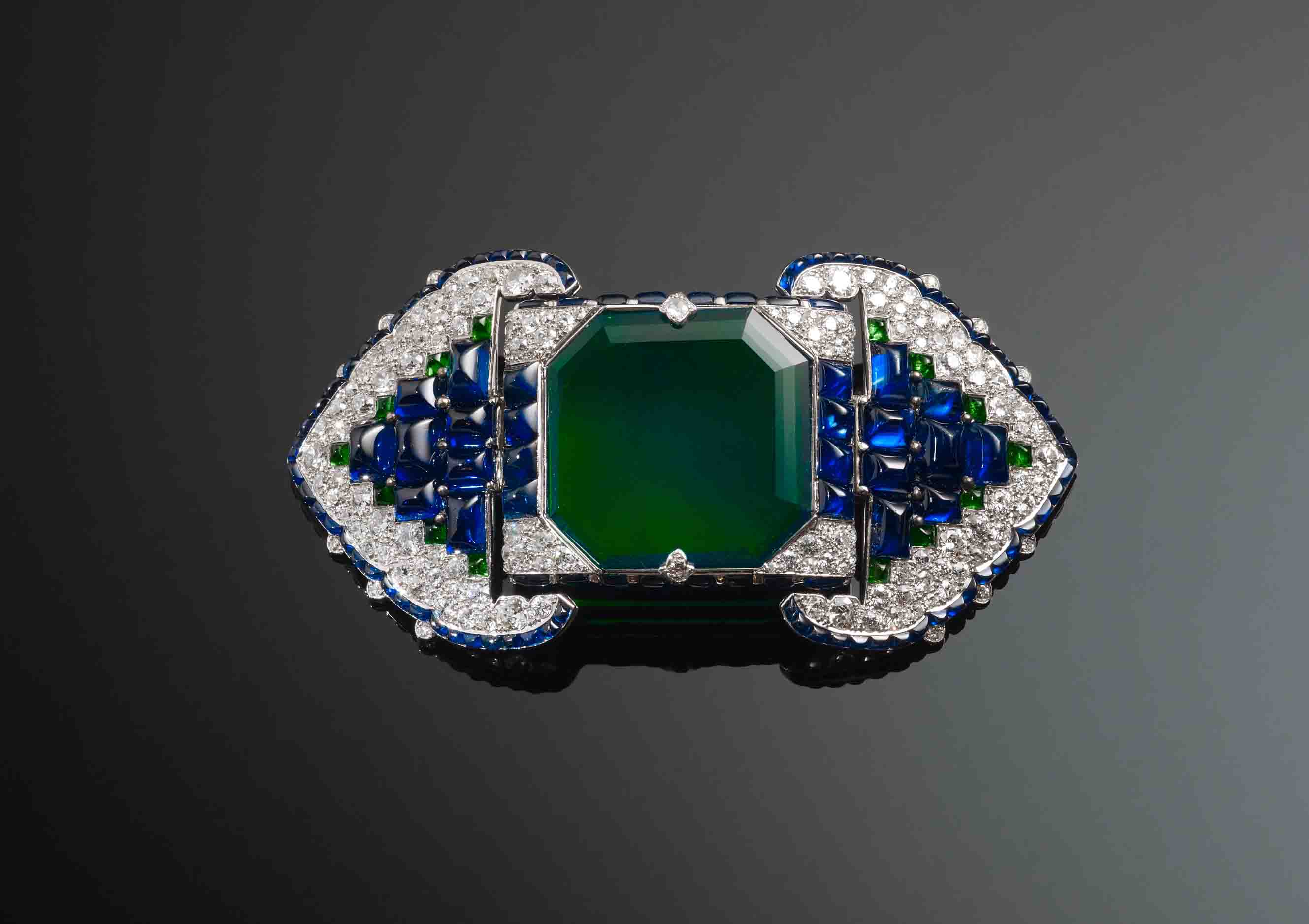 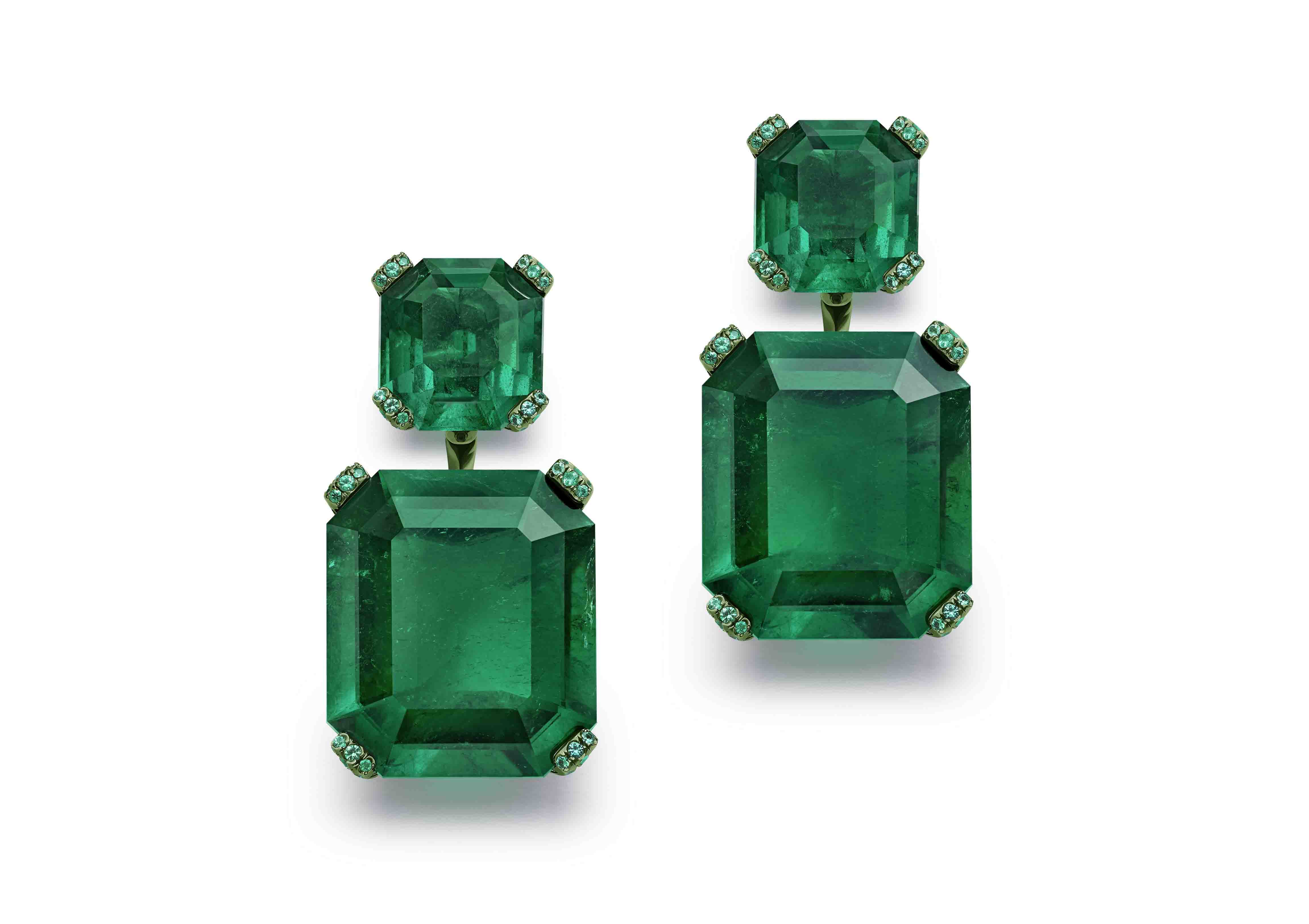 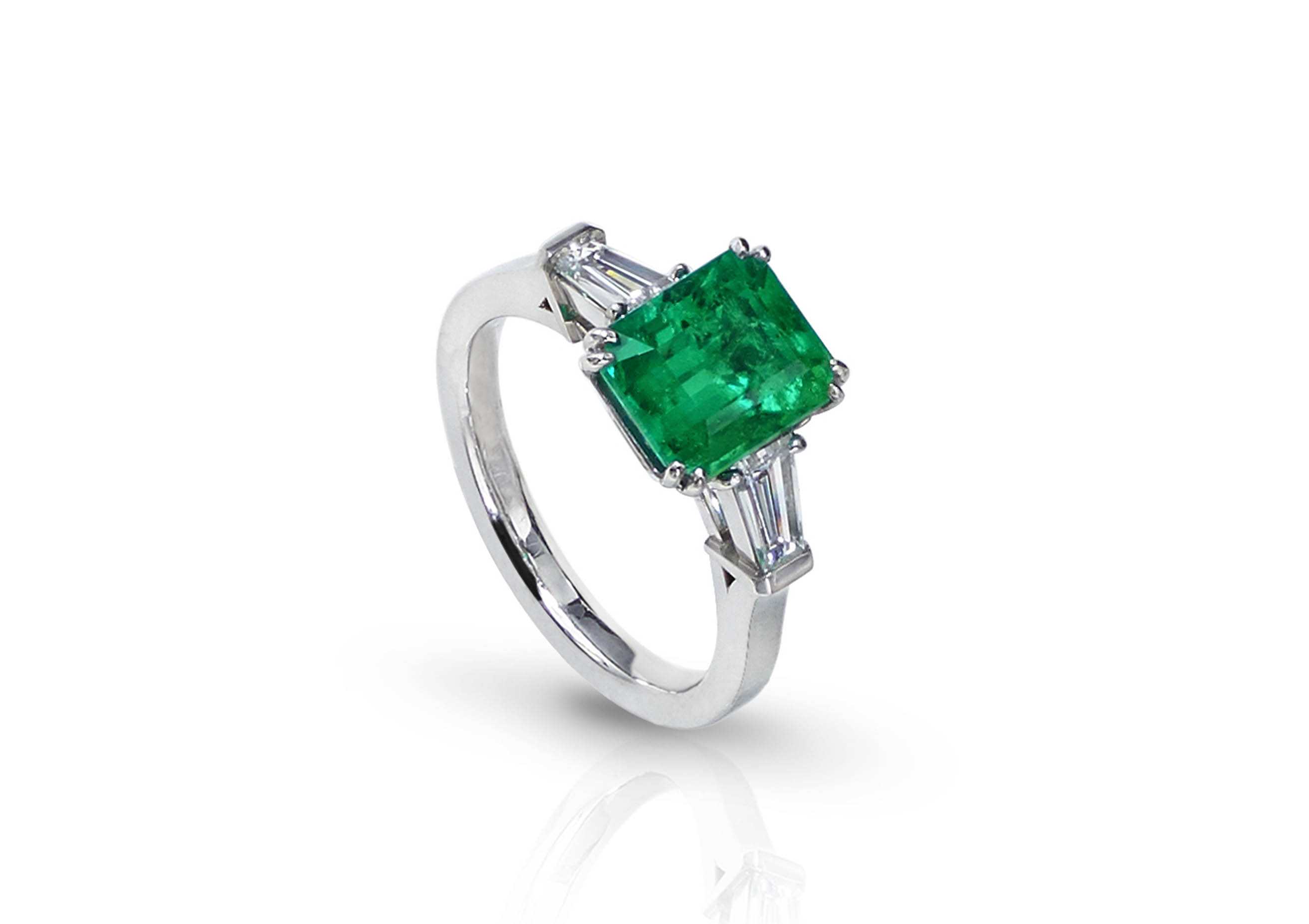 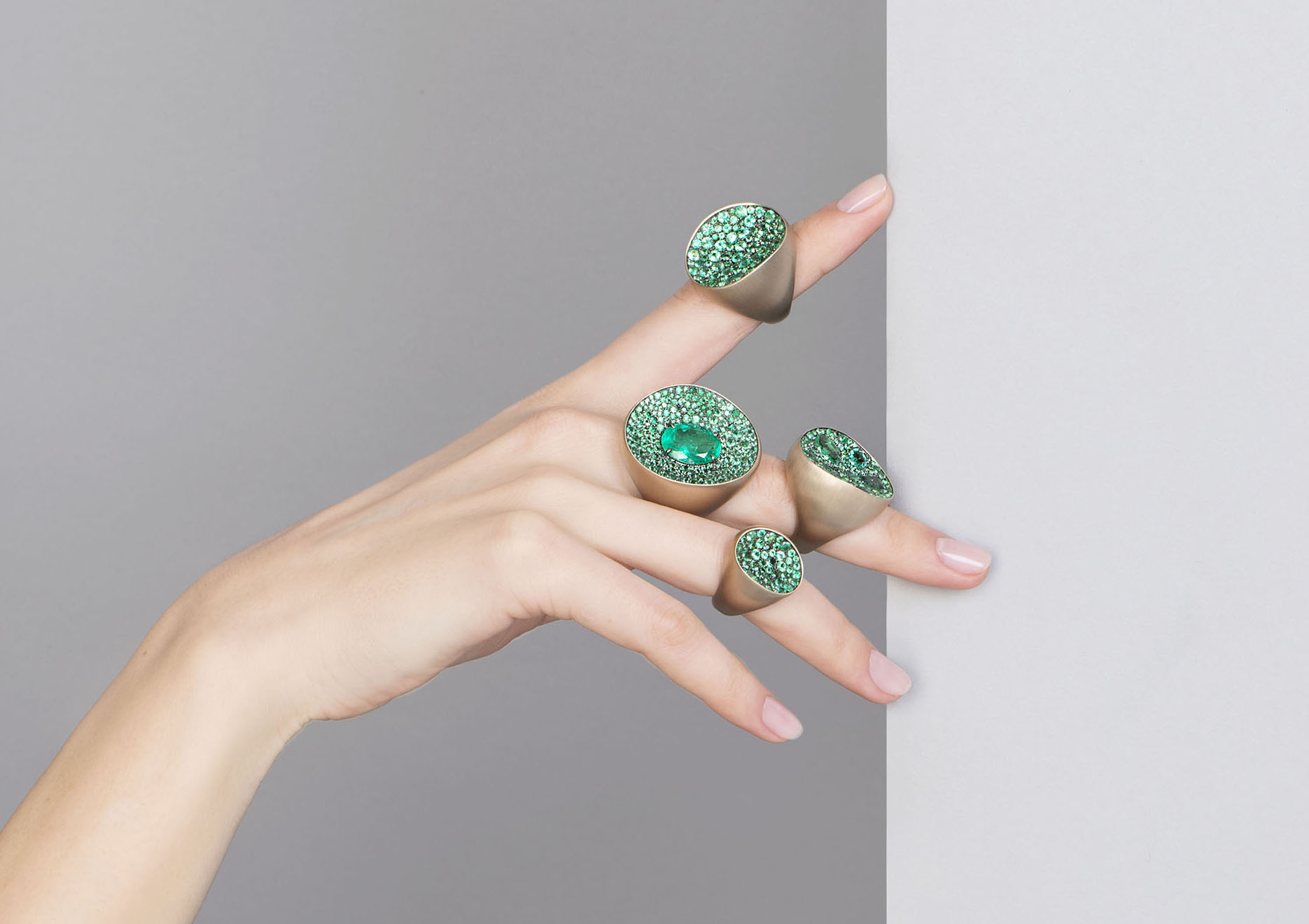 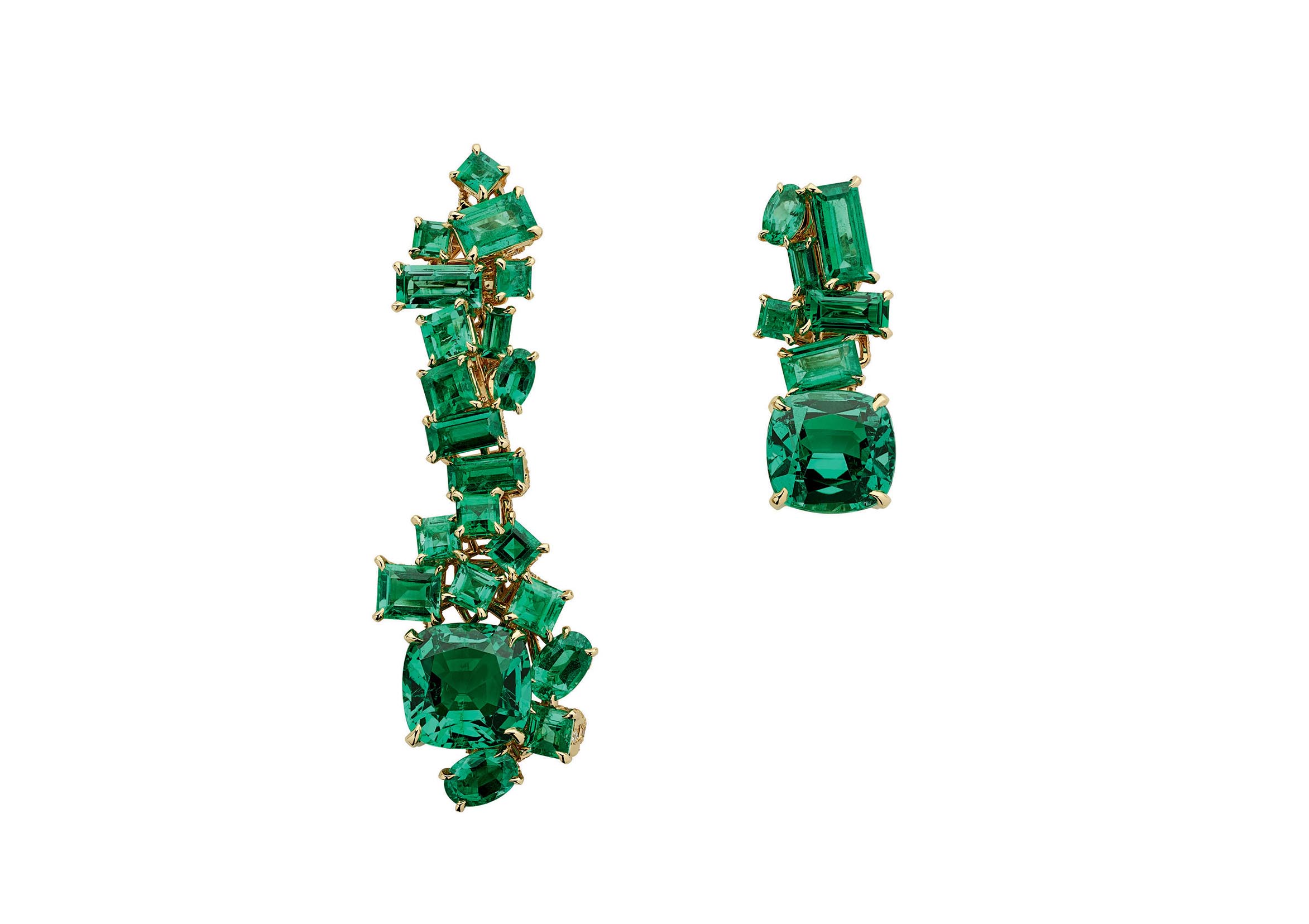 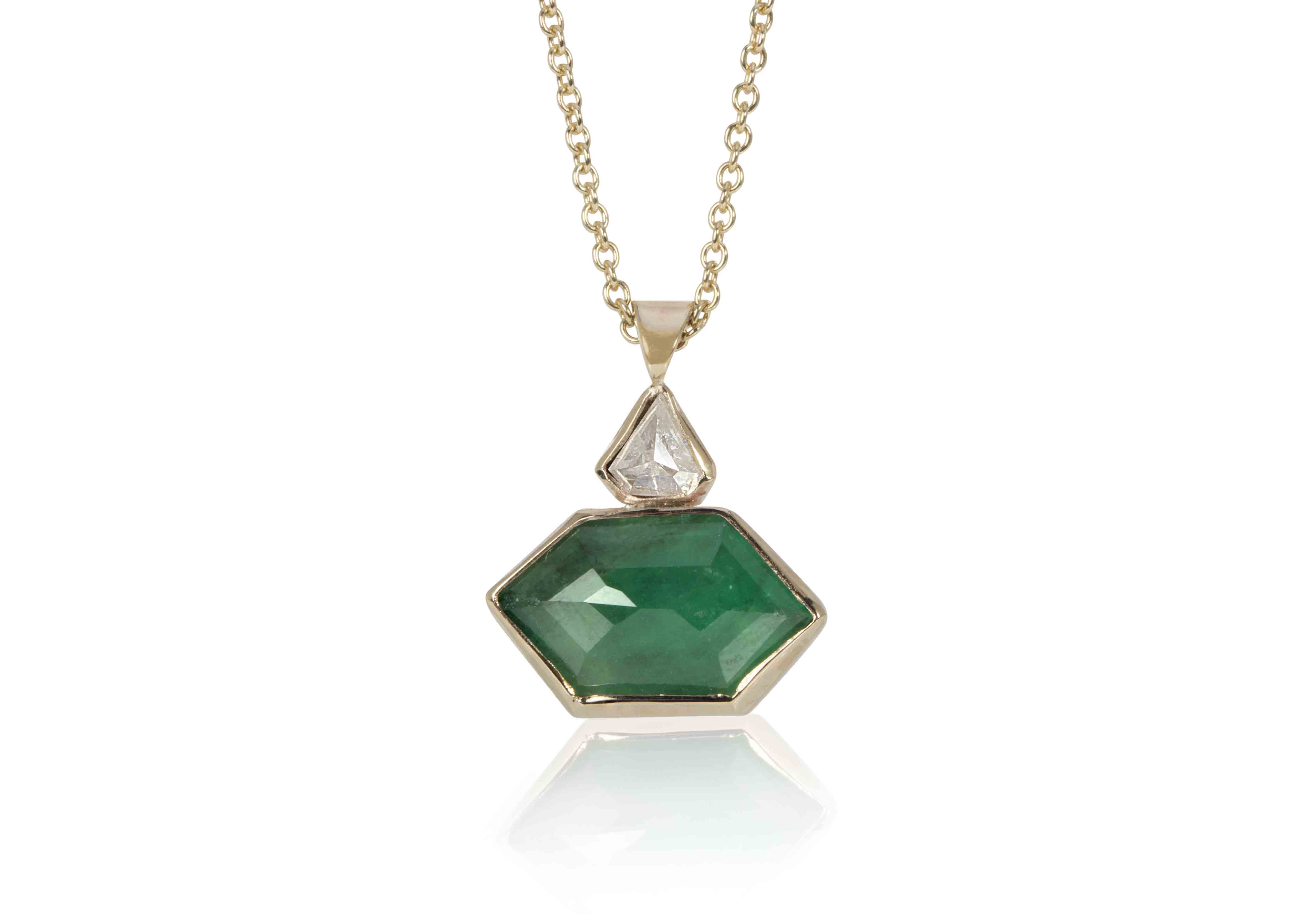 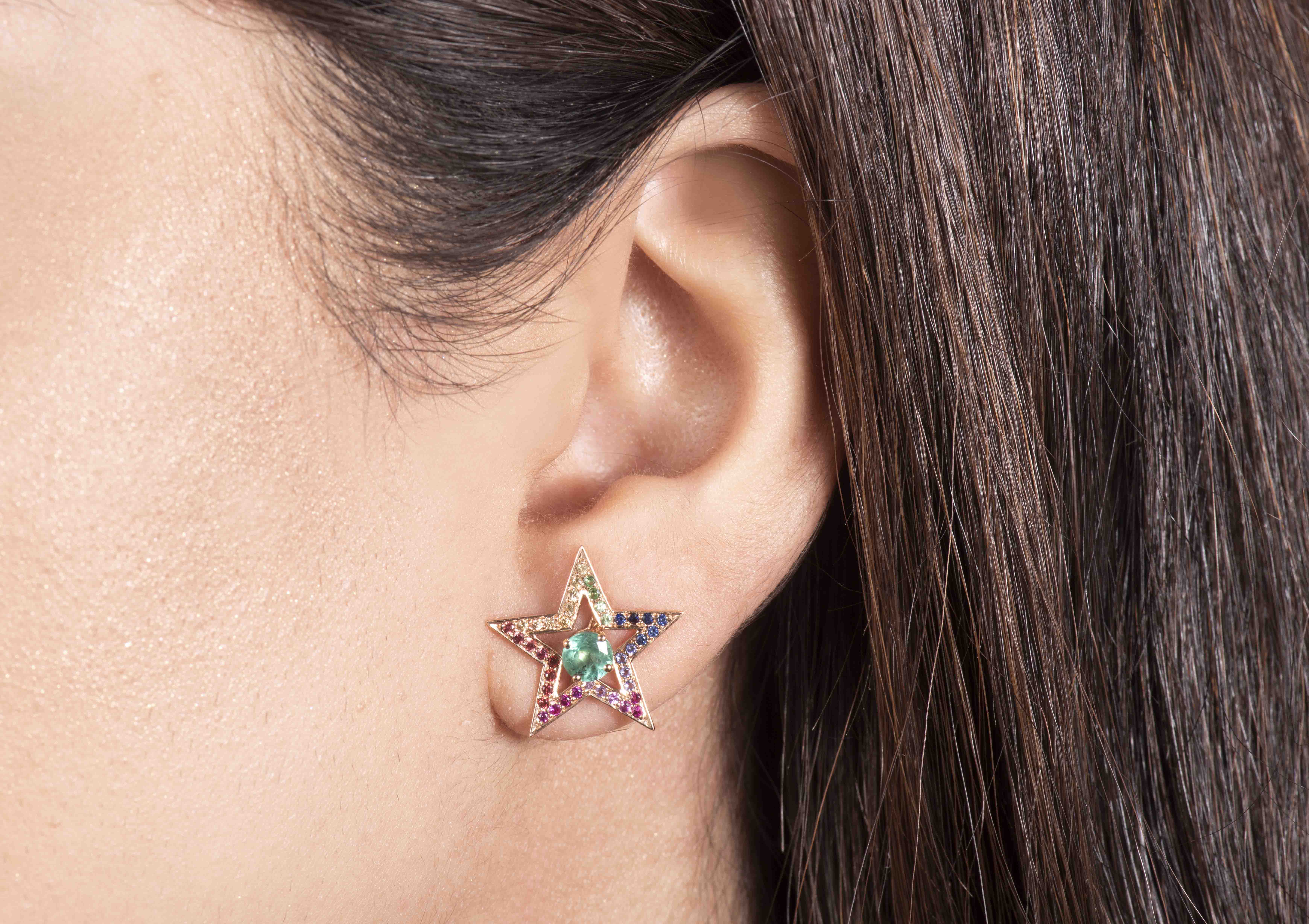 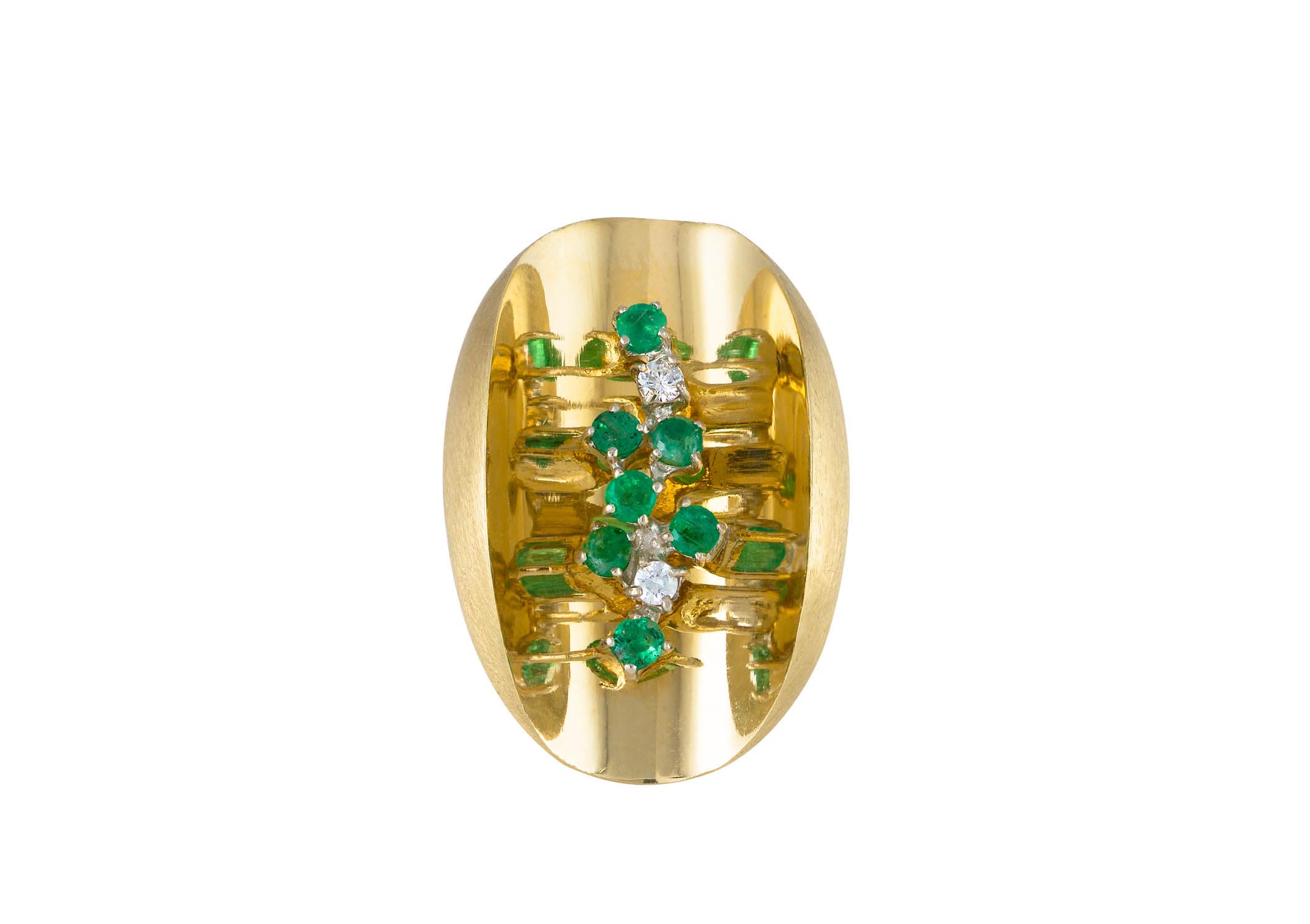 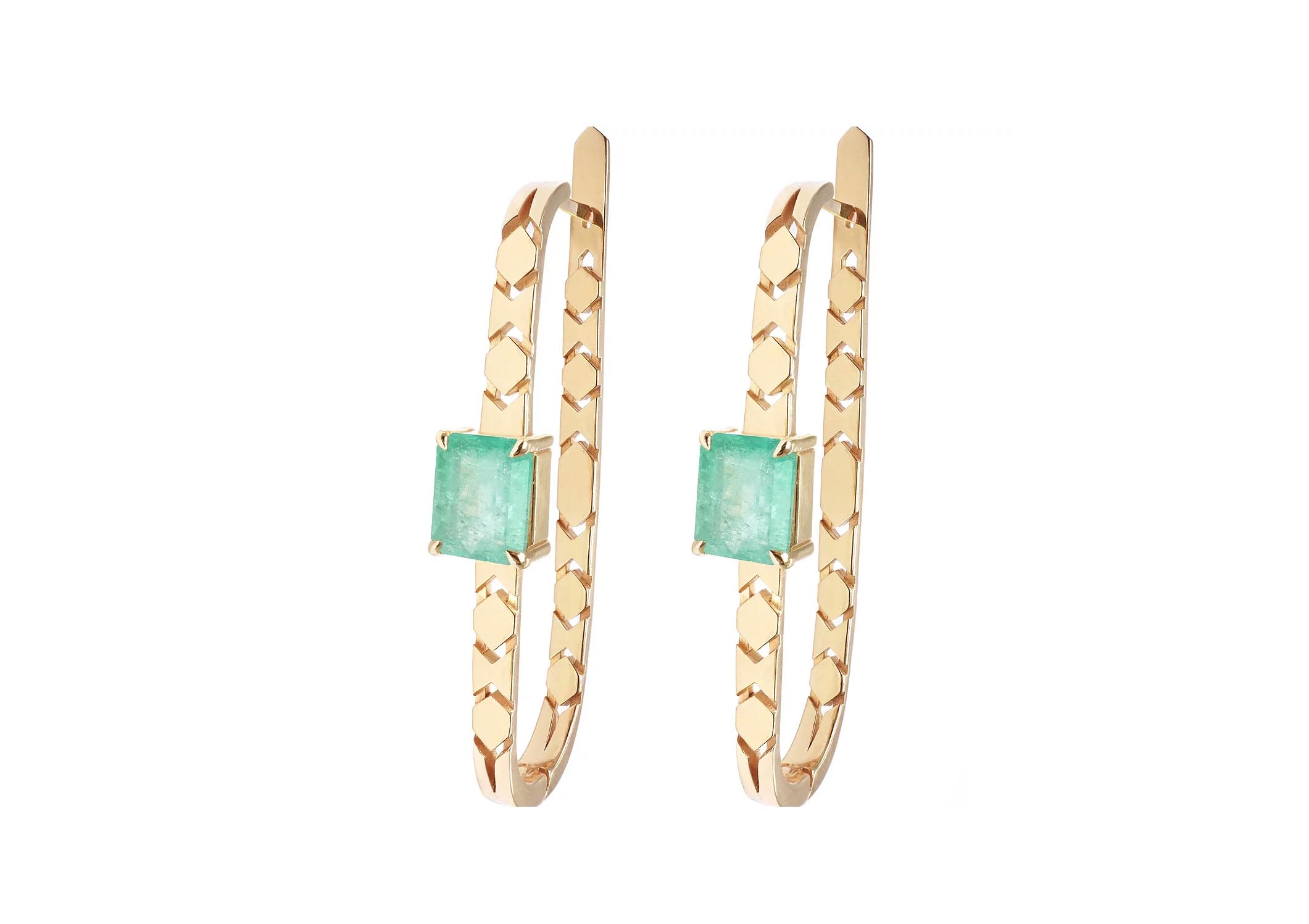 Historically, the earliest known locality for emeralds was by the Red Sea in Egypt at the so-called Cleopatra mines. Although evidence suggests that these mines were worked intermittently as early as 330 BC, production is believed to have opened up under the Romans around 30 BC – just after the reign of Julius Caesar.

From recovered jewellery and paintings, we know that these emeralds were often opaque and commonly used in their natural form or slightly polished. Some pieces were fashioned as cabochons or rounded as beads and frequently drilled so they could be mounted in necklaces or earrings. Presumably, the stones conveyed some artistic, symbolic or religious significance to their owners. Roman historian Pliny the Elder, who died in the 79 AD eruption of Mount Vesuvius, reasoned that emeralds possessed therapeutic and soothing properties. According to Pliny, “there is no better method of restoring the eyes than by looking at the emerald, its soft green colour comforting and removing weariness and lassitude”. Indeed, green symbolises nature and the natural world, and is often thought to represent tranquillity, good luck and health.

Indigenous South Americans treasured and traded emeralds for centuries before western explorers ever arrived. Historians believe they could have been mined as early as 500AD. The Aztecs and the Incas collected them, but would not or could not reveal their sources because they came from tribes in present-day Colombia. It wasn’t until the Spanish conquistadors arrived and looted whatever they could that these large and exceptionally coloured jewels began their rise to supremacy. The legendary Crown of the Andes, fashioned in colonial South America, is one example of how the Spanish revered emeralds. According to lore, its largest stone, now called the Atahualpa emerald, was taken from the last Incan emperor, who was named Atahualpa, by the conquistador Francisco Pizarro.

The emerald and gold treasures recovered from the sunken 17th-century Spanish galleon Nuestra Señora de Atocha give us an idea about the treasures these vessels could have carried. If we knew more about the full extent of the trade and the cargo at the time, we could perhaps better imagine the scope of the extraordinary riches. The Atocha treasure alone was valued at more than £300 million.

Since then, emeralds have been discovered on almost every continent, but the best and the most expensive emeralds are agreed to be Colombian. Fine stones have also been unearthed in Zambia and Brazil, and beautiful gems also occur in Russia, Pakistan, Afghanistan, Madagascar, Ethiopia and Zimbabwe, but production has never been as extensive.

Colombia: The kingdom of green

Emerald appearances are sometimes associated with specific mines. Colombian emeralds are said to have a warmer and more intense pure-green colour and possess a unique vibrancy that gems from other origins never seem to attain. Like Burmese rubies with their apparent fluorescence in daylight, Colombia emeralds emit a kind of glow that’s hard to find in jewels from other localities. The colour appears to be of another dimension that cannot be captured by even the best digital cameras. Perhaps some kind of a 3D manipulation would help, but even then, the exact hues would still be a challenge to reproduce. Zambian emeralds transmit a cooler, more bluish-green presence because of colouration by vanadium rather than chromium. Still, the appearances are similar, and ascertaining origin by colour alone is not really an option.

Colombia produces up to two-thirds of the world’s emeralds, and Colombian emeralds are the standard by which all others are measured. Situated deep within the mountains and 200 kilometers north of Bogota, Colombia’s emerald region has long been plagued by violence as rival families fight for control of the most productive mines.

The original Green Wars claimed the lives of an estimated 6,000 people until the Catholic church managed to negotiate a peace agreement in 1990 and enforce it with the help of the controversial so-called Emerald Czar, Victor Carranza. At the time, he was the most influential figure in the emerald industry and controlled an estimated 40% of the country’s trade until he died in 2013.

Colombian emeralds are so famous for their striking colours and large sizes that dealers will pay a 20% to 30% premium for them. They may be a challenge to facet due to their uneven distribution of colouring and darker tones closer to the surface or in the ‘skin’. Without careful planning and pre-forming, the finished stones could end up lighter than the original material. The best quality Muzo emeralds tend to have a well-saturated slightly yellowish-green colour, Chivor emeralds are cleaner with a slightly less saturated bluish-green colour. Cosquez emeralds occur in a range of colours and clarities, but the best stones are dark and somewhat bluish-green in appearance.

The rise of African emeralds

Zambia is a landlocked African country of rugged terrain and diverse wildlife, with many parks and safari areas. The discovery of large quantities of emeralds there led to a great deal of excitement when they were found in the 1970s.

Some of the first emerald crystals yielded stones that were so clean that even dealers suspected them as synthetics. This notion was, however, disproved, and as Tiffany & Co began promoting them for their intense colours, remarkable transparency and relative affordability, Zambian emeralds started to gain recognition and acceptance. Most importantly, the new stones offered consumers who could not afford Colombian emeralds an opportunity to buy beautiful gems at lower prices.

The beating heart of Zambia’s 41 sq km Kagem mine is a joint venture between Gemfields and the government of Zambia. About 25% of the world’s emeralds originate here. In 2018, a 5,655ct jewel, nicknamed Inkalamu (the Lion Emerald), was found, and it wasn’t even the largest emerald ever pulled out of there. That honour goes to a 6,225ct emerald mined in 2010. Gemfields named that stone Insofu – the Bemba word for elephant – for its massive size.

Last days of the Tsars

Russia became a valuable source of emeralds following the discovery in 1830 of the famous emerald-alexandrite-phenakite deposits on the banks of the Tokovaya River, near Malysheva. They were reportedly first found in a kind of weathered mica schist – a type of metamorphic rock – and evaluated at the Royal Lapidary Factory in Yekaterinburg. Yekaterinburg is Russia’s third-largest city and Malysheva is situated some 90km to the northeast.

What is known today as the Malysheva deposit was discovered in 1833, with mining commencing in 1834. Over the years, the deposit has been leased and nationalised and privatised intermittently. Work by artisanal miners continued sporadically from the 1860s. In 1899, the Malysheva deposit was leased to an Anglo-French company, New Emerald Mines of the Urals, which worked the deposits until the outbreak of the World War I in 1914. The Malysheva mine was, at that time, the largest producer of emeralds in the world, and many of the most beautiful emerald and alexandrite specimens on display in London’s Natural History Museum have acquisition labels dating back to the mid-19th Century and originating from Malysheva.

The Malysheva mine is believed to contain 80% of the known Russian emeralds and was a significant producer in the late 1980s and early 1990s. Production of alexandrite was never substantial, but the gem’s exceptional quality was admired, and they were prized around the world. Nowadays, there doesn’t appear to be much of any kind of mining at this deposit, and new stones rarely appear on the market. Most Russian emeralds are light to medium green in colour and the presence of yellowish-green components is quite common.

While emeralds without eye-visible inclusions do exist, these stones are extraordinarily rare. Some inclusions are referred to as jardin (meaning garden in both French and Spanish), and may consist of networks of tiny liquid-filled inclusions and tiny fissures that permeate the gem evoking the appearance of a lush garden.

Generally, we want gemstones to be clean, but emeralds are among the few gemstones where inclusions are accepted. Still, cleaner is better, and this is why most emeralds are treated. Some are infused with oils, and others are filled with polymer resins. The fillers are selected for a refractive index, which is very close to emerald, and they are ideal for disguising cracks and fractures. Cedarwood oil is the preferred option for Colombian stones, while Brazilian stones are usually treated with resin. The resin treatment is considered to be permanent, but many sellers prefer oiling. The treatments improve clarity and stability, and there is nothing wrong with these processes as long as the buyers are fully informed. Emeralds should not be cleaned in an ultrasonic bath as the oil may be removed. Re-oiling is not complicated, but it’s better just to avoid the bath in the first place.

The oiling or infilling of cavities and fractures in emeralds is standard practice and improves their appearance. Stones may pass immediately from the mine into a bucket of oil, and even if sellers wish to remove this oil, traces may remain.

The colour of emeralds might give us a clue to their origin, but as there may be a great deal of variation within a single source, gemmological tests and inclusion studies are the only way to identify origin conclusively. Still, the top colour should be obvious from its purity and intensity, regardless of the source location.

In my opinion, beautifully coloured Brazilian emeralds are underrated, emeralds from Madagascar are surprisingly clean with bluish-green tints, and Ethiopian emeralds are showing a promising likeness to desirable Zambian gems. Colombia, however, is still king when it comes to the best of the best in emeralds. 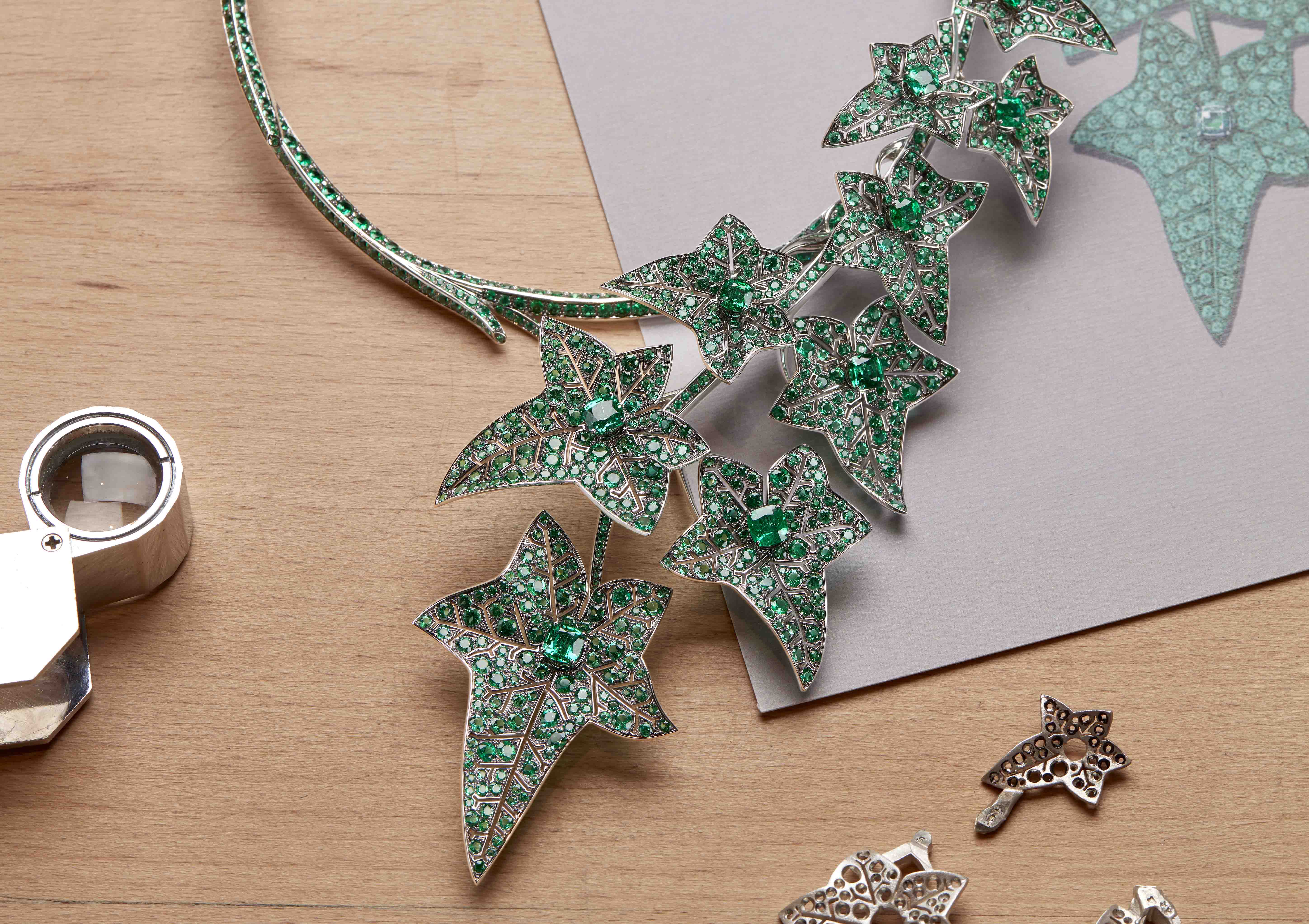 Cartier brooch, circa 1922, set with emeralds, sapphires and diamonds, from the Al Thani Collection

The colour of emeralds might give us a clue to their origin, but as there may be a great deal of variation within a single source, gemmological tests and inclusion studies are the only way to identify origin conclusively. Still, the top colour should be obvious from its purity and intensity, regardless of the source location

Antonini 18ct gold and emerald rings from the Extraordinaire collection

Thank you for this informative narrative about emeralds— my favorite gemstone. God knows that he is about the only thing in this world that I love more than Him! I have a couple decent emerald rings but nothing that is gemstone quality.

Rate for earring from least rate

Thank you for your sharing your knowledge in Emeralds. I inherited a ring recently and suspect it came from Columbia given it\'s occlusions and proximity to Panama where my mother purchased it. If I\'m not mistaken I believe it\'s 8 carats surrounded by 4 carats of diamonds in platinum.

Antonini 18ct gold and emerald rings from the Extraordinaire collection

Cartier brooch, circa 1922, set with emeralds, sapphires and diamonds, from the Al Thani Collection