Building on the lessons handed down by her family of jewellers, young designer Susannah King is forging ahead with her own style and brand 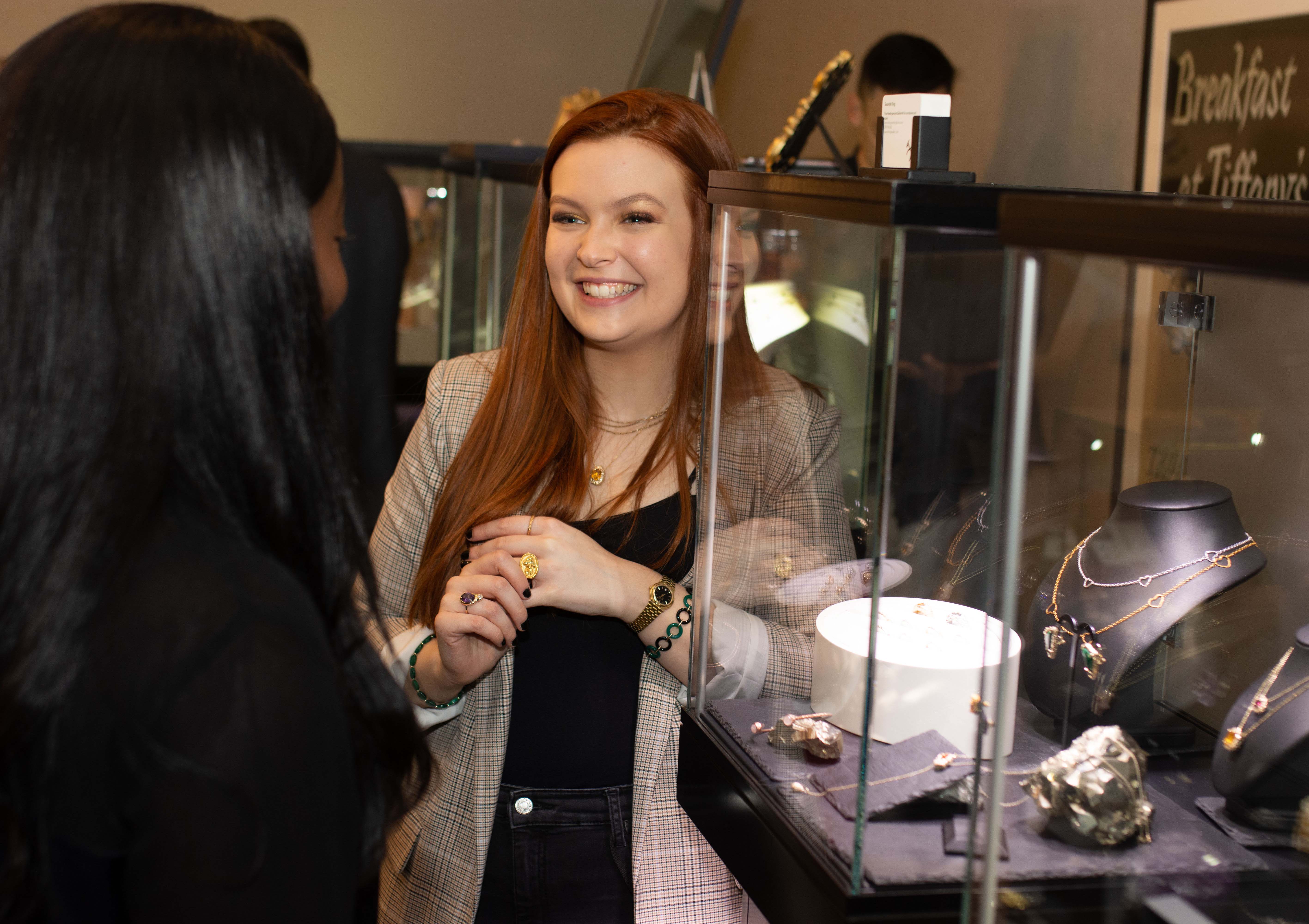 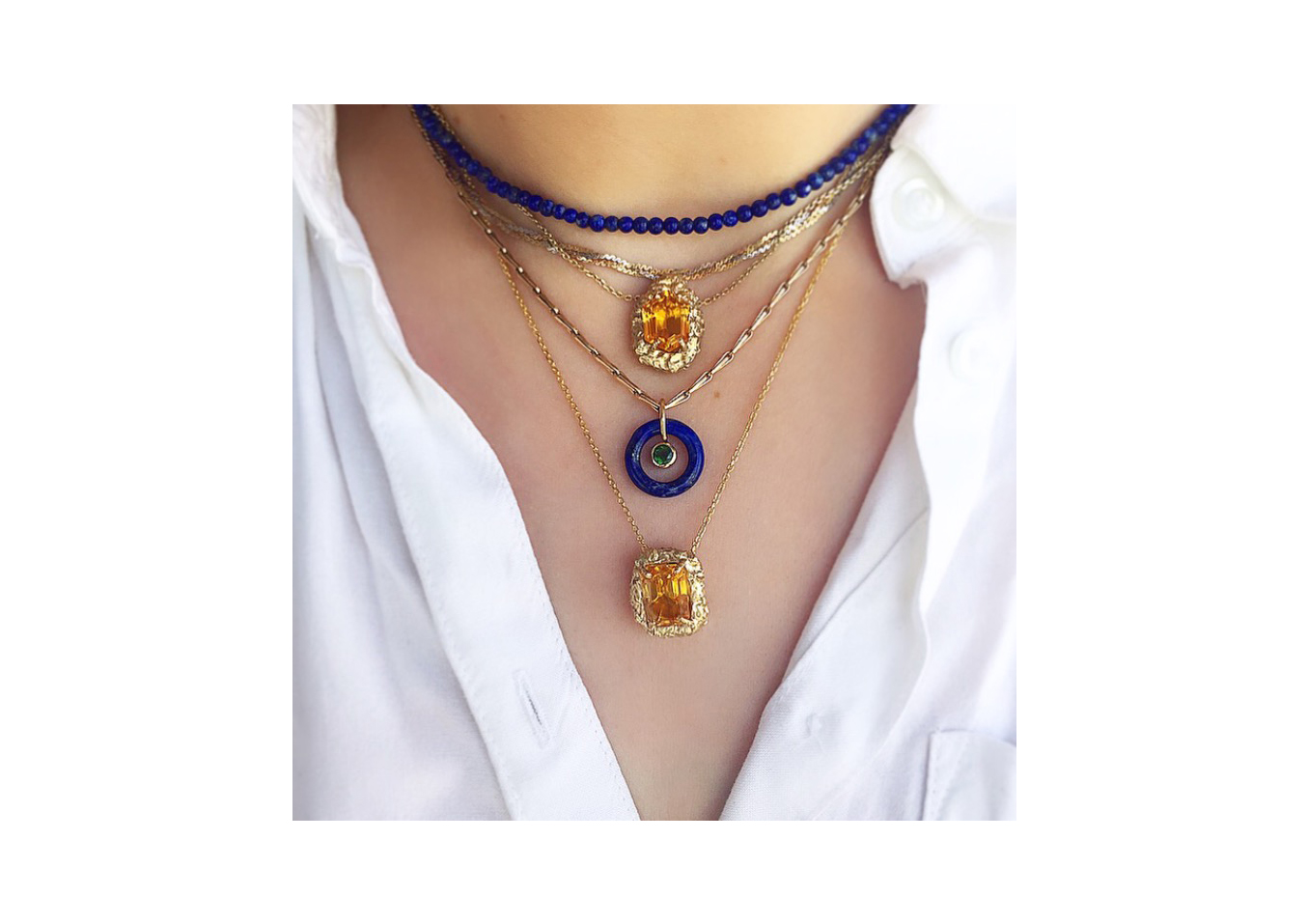 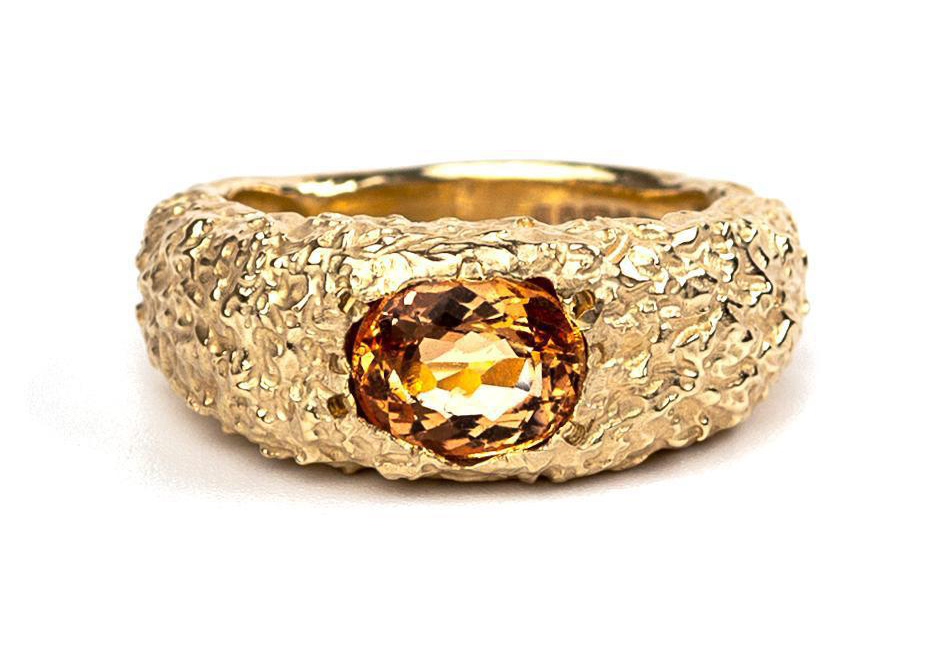 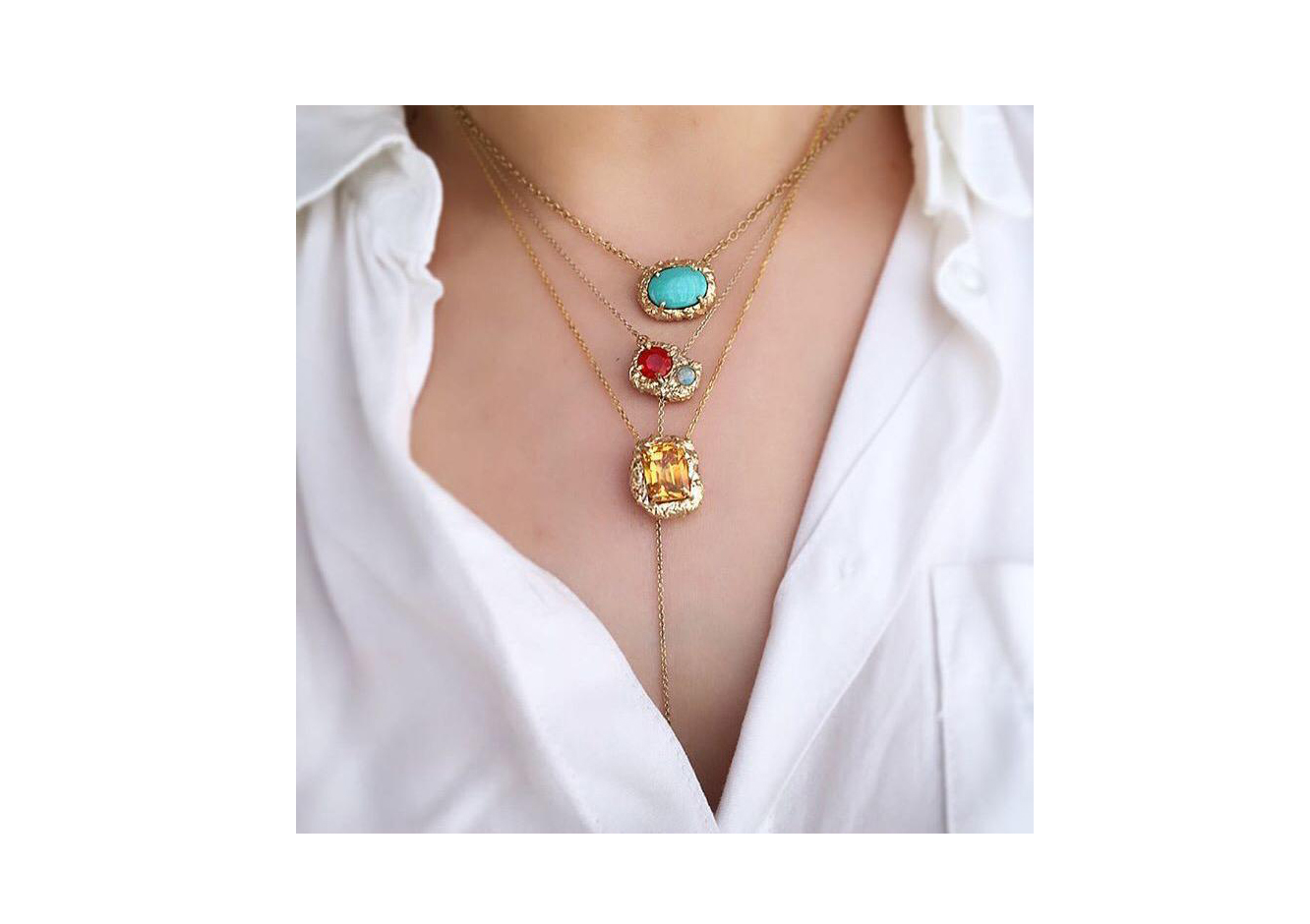 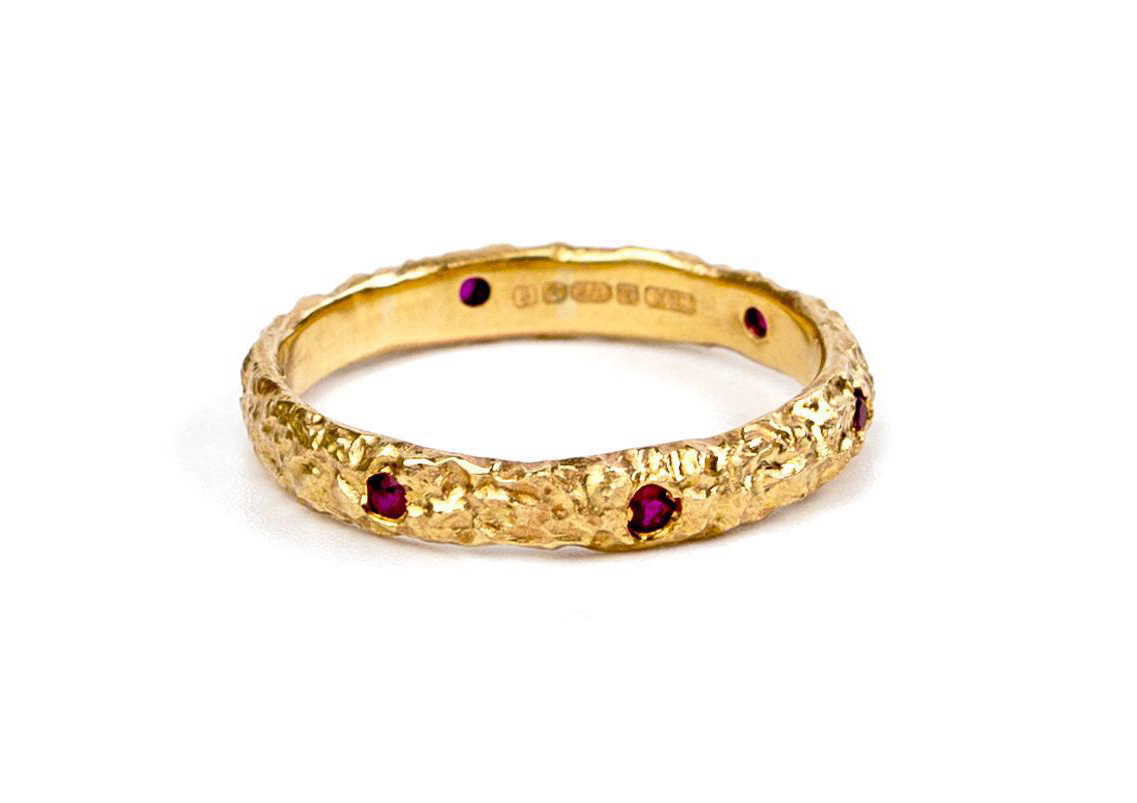 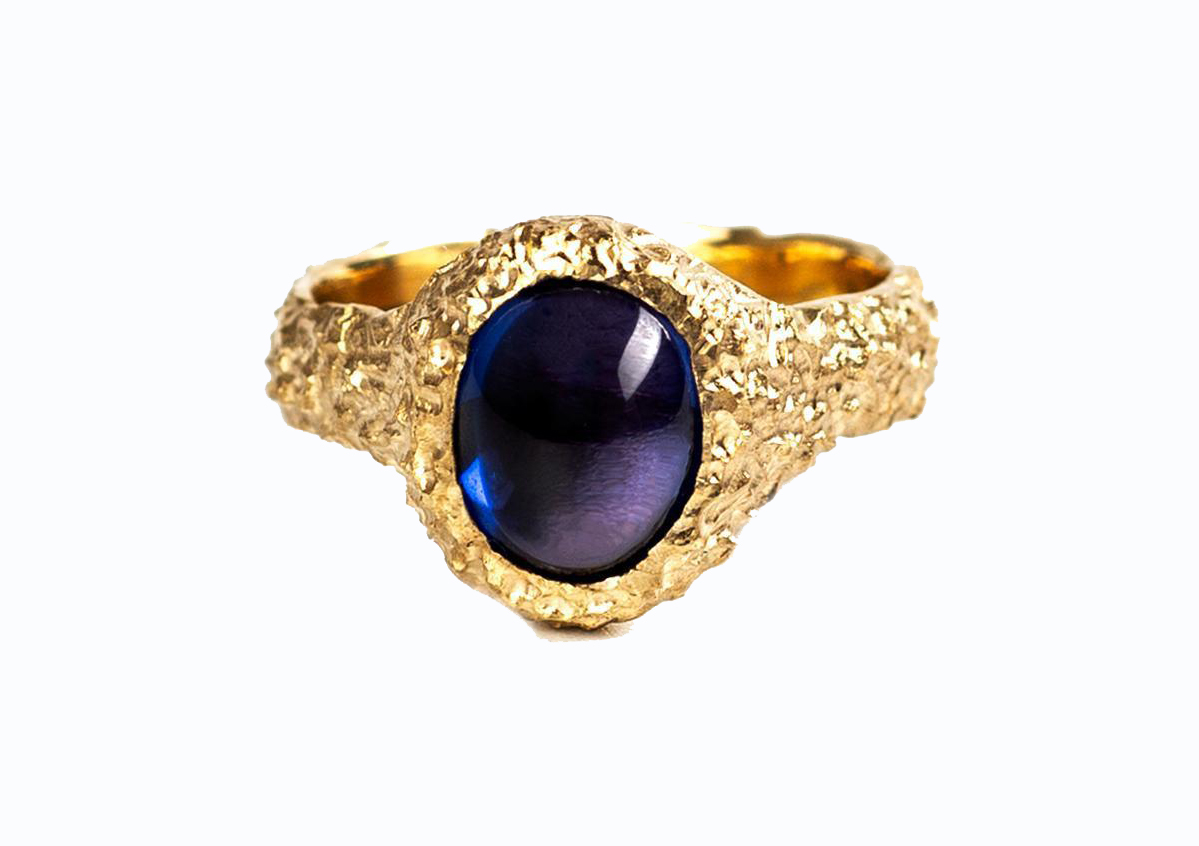 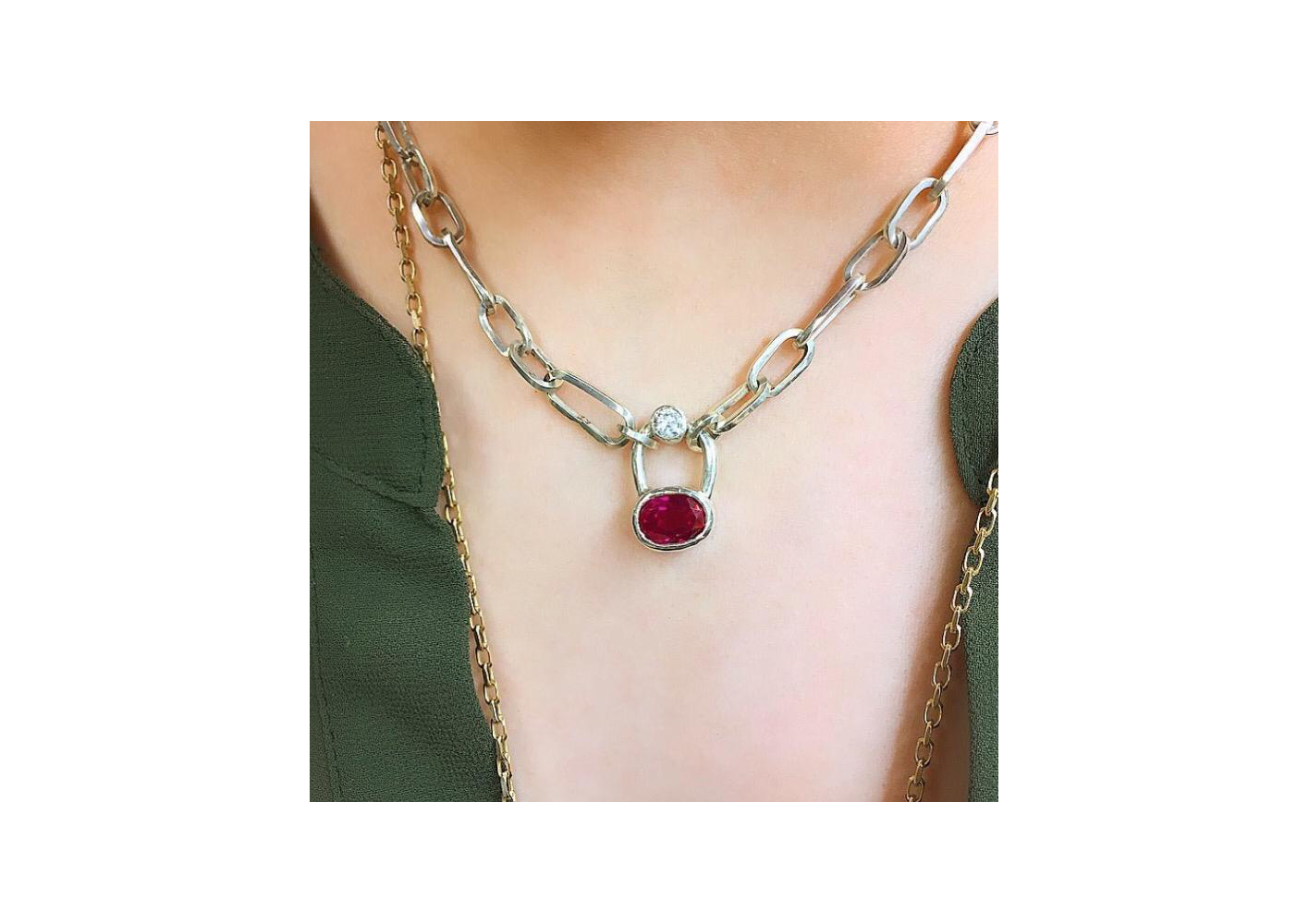 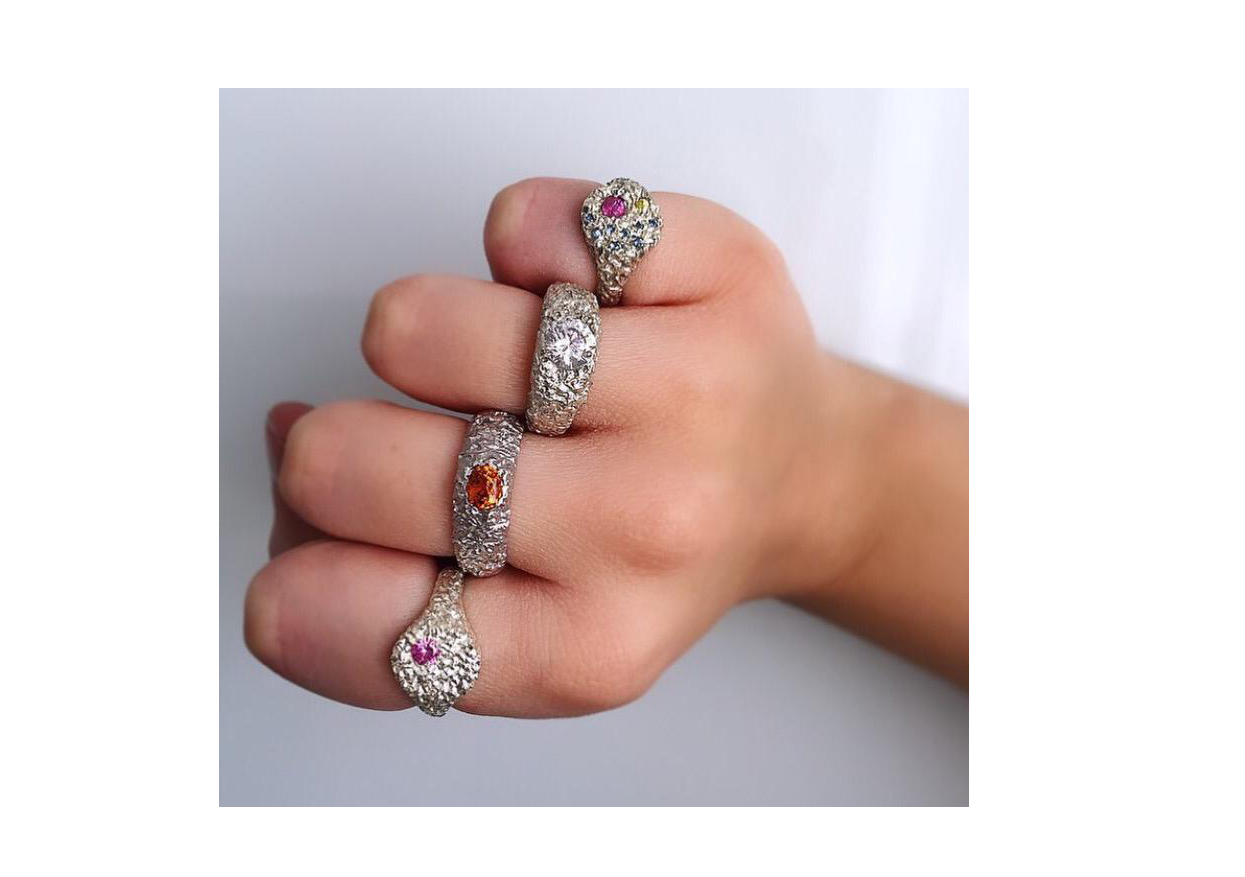 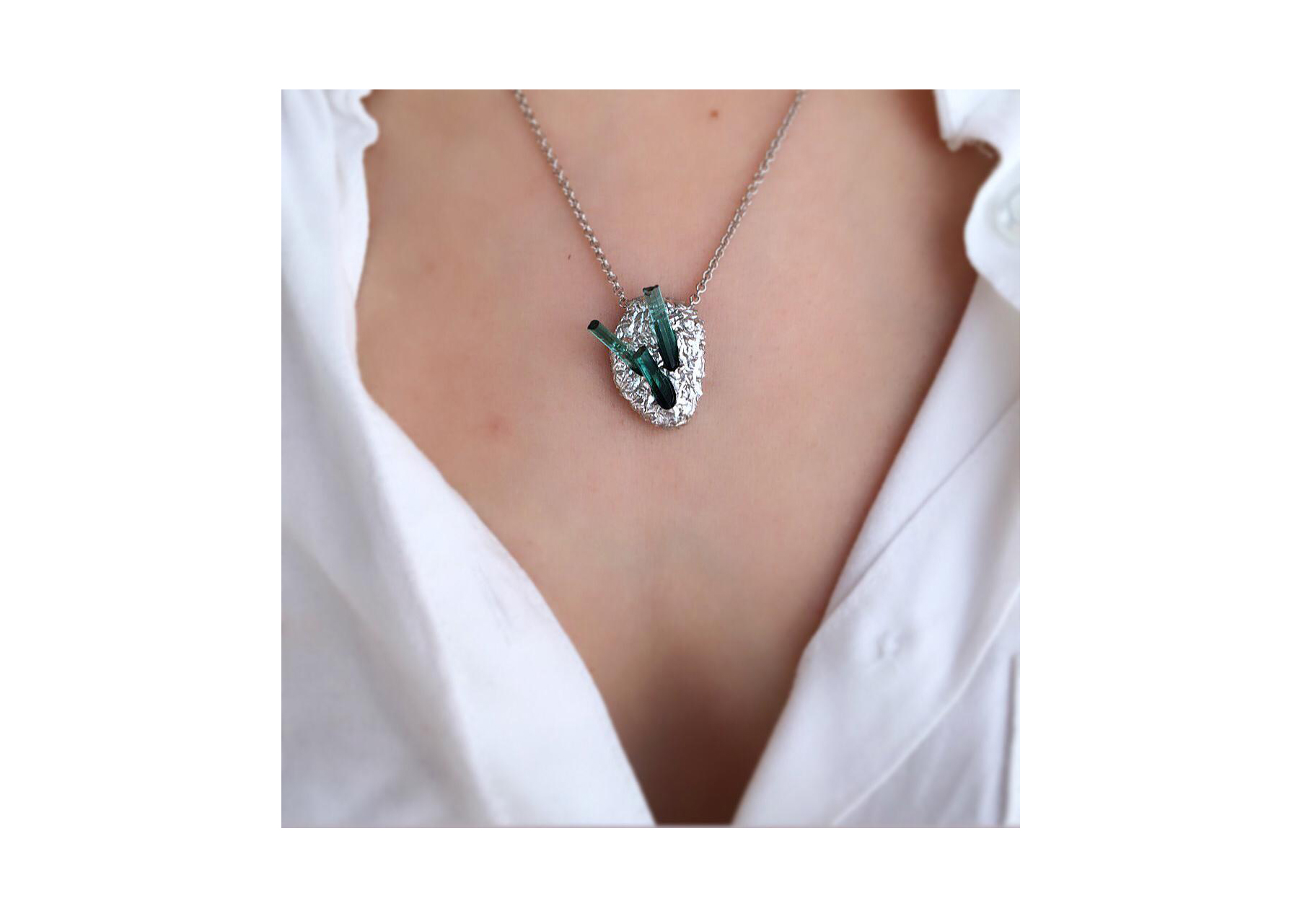 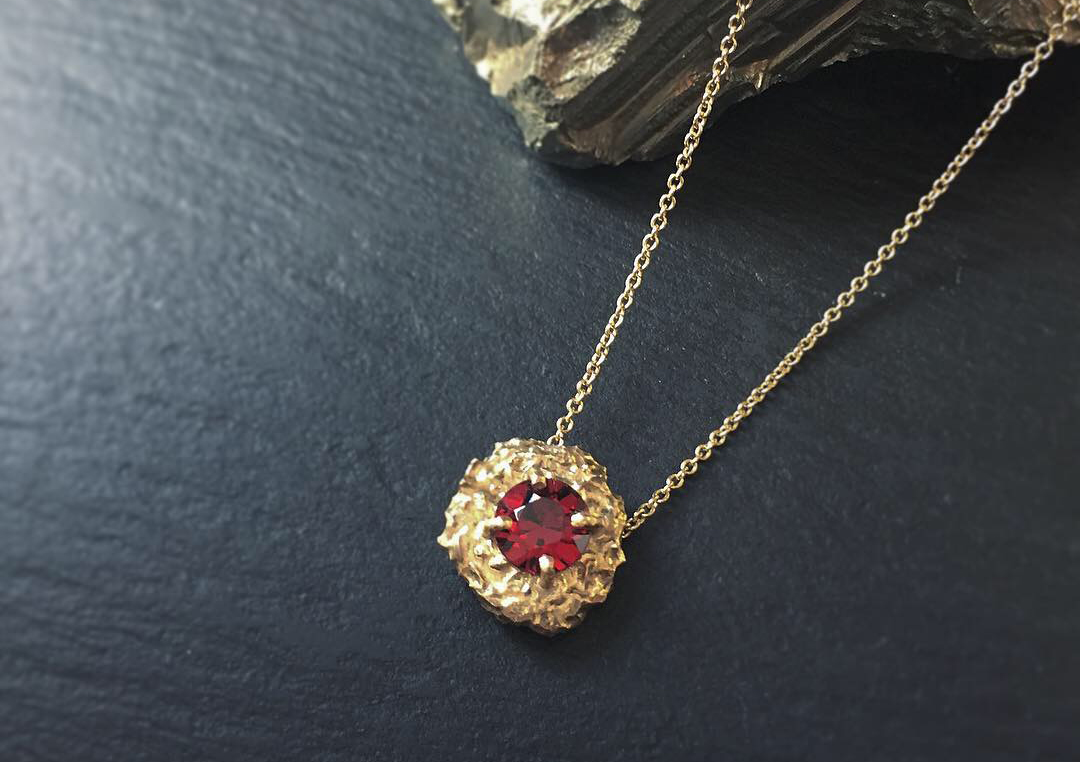 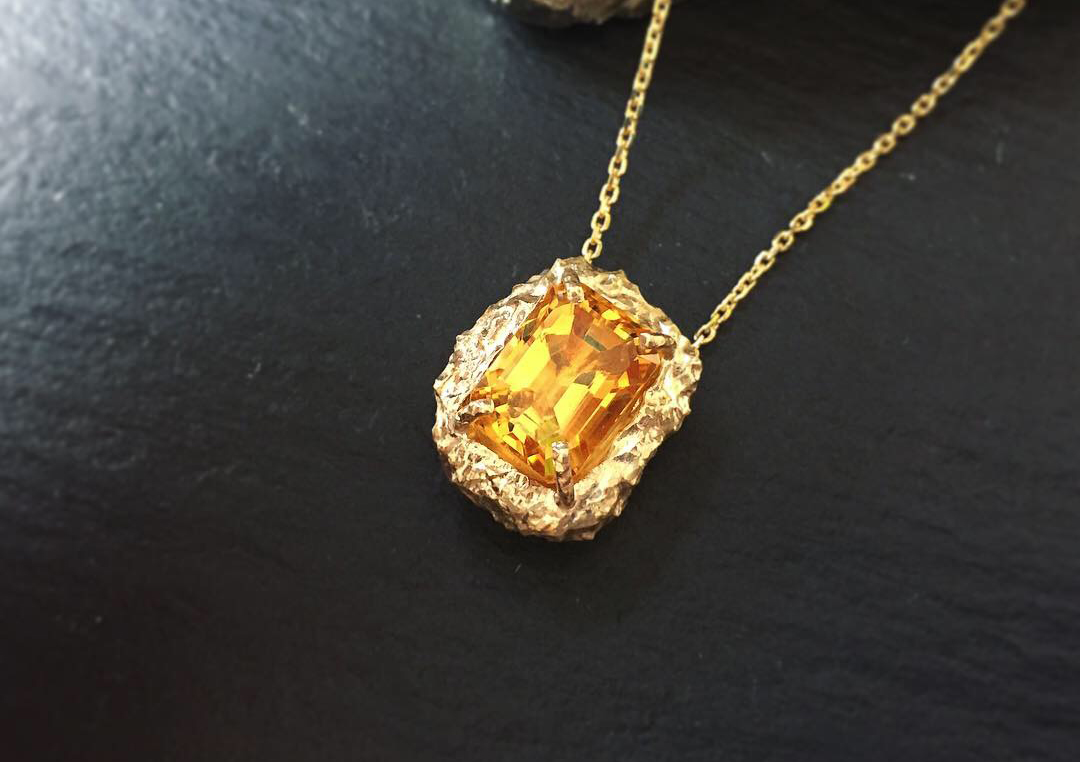 Jewellery designer Susannah King doesn’t like to talk about her age. You won’t either, because at just 21 she has achieved dreams that many of us are still chasing a decade or two further down the line.

“It feels weird telling people my age,” laughs King, who seems much older than her years in person. People can often be put off when they eventually discover how young she is, she claims. The jewellery business is one that is built on trust, after all.

Yet despite her youth, King is no newbie to jewellery making. She hails from a family full of jewellers, and has been honing her skills at the bench since she was a young teenager, begging her father and grandfather – both goldsmiths – to teach her how to make simple items, such as silver jump rings, to while away the hours after school.

King’s mother also trained at the bench, following in the footsteps of her own father – King’s second jeweller grandfather – though she later became a gemmologist. This is something that King attributes her own obsession with natural gems to.

“I can pretty much do anything,” says King of her own prowess at the bench. “The good thing about being a third-generation goldsmith is that the generations before you have learned tricks and tips. They have become micro-engineers, so you become a micro-engineer. Most things are possible. You’re only really limited by imagination and innovation, and the generations before me have been very innovative.”

Though she heard the call of jewellery early on, King actually went to university to study psychology and criminology, but when her need for a part-time job led her back to the bench to work on repairs for her father, it awoke a barely dormant passion in her. “After a month at university, I dropped out,” she says. “Everyone thought I was crazy, but it’s definitely been worth it.”

The beginnings of a brand

With dreams of launching her own jewellery business, and having made a pledge to only produce vegan jewellery that uses no animal products in its creation, King set about deepening her knowledge. She studied at the British Academy of Jewellery and entered into a formal apprenticeship with her father, which won’t end until this year. Rather than simply focusing on her studies, however, King decided to take the plunge into running her own business simultaneously. She started out by building up a following of loyal clients for her bespoke gold and silver jewels and two-and-a-half years later, in 2018, she launched her brand, Susannah King Jewels.

The debut Susannah King Jewels collection is Orgaya, a range of roughly hewn 9ct gold jewels – she uses drill bits and engraving tools to roughen up the gold – that is set with coloured gemstones such as citrine, garnet, turquoise and sapphire. This clash of the rough and the polished has a backstory that will resonate – and empower – most of us. “The rockiness of the texture represents the rough times you go through in life,” says King, who devised the collection during a particularly rocky patch in her own life after a friendship turned sour. “But the stone represents your own individual sparkle – that you can still shine even through you’re in a difficult situation.”

From Fashion Week to film awards

King has been busy cultivating her own inner sparkle since launching her brand. Susannah King Jewels made its official debut at The Jewellery Cut Live during London Fashion Week in February, and has since been picked up by a number of shops, including Bates Goldsmiths in Cheltenham. She has also brushed shoulders with the stars, sponsoring the Best Supporting Actress Award at the National Film Awards and gifting its winner, actress Charlotte Milchard, with a Susannah King Jewels Orgaya pendant.

Susannah King Jewels has just signed up to return to The Jewellery Cut Live at its next event during London Fashion Week on September 16th& 17th, 2019, where all jewellery lovers will be invited to see and touch the collections in person, and meet King herself. She has also been hard at work on the next Susannah King Jewels collection, called The Gem Lock. The final polish has just been applied to the prototype that will inspire a wider range of jewels, and it is a chunky silver chain necklace that is clasped at the front by a precious padlock, anchored by a bezel-set round diamond and oval-cut ruby.

As well as being an innovative designs, what truly makes The Gem Lock necklace special, and indeed what makes every piece of Susannah King Jewels unique, is that each element – from the settings for the gemstones to the individual links of the necklace – has been crafted by hand in King’s Berkshire studio. Because, after all, as the third-generation goldsmith often likes to say, “craftsmanship matters”.

You can meet Susannah King on September 16th & 17th of June, 2019, at The Jewellery Cut Live in London. To reserve your free ticket, click here. 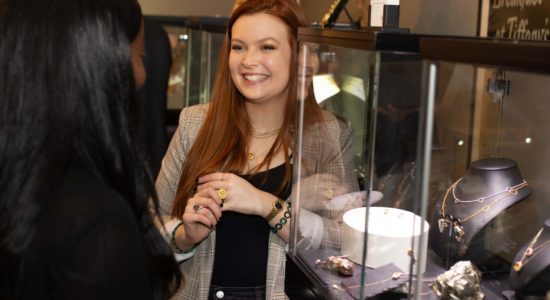 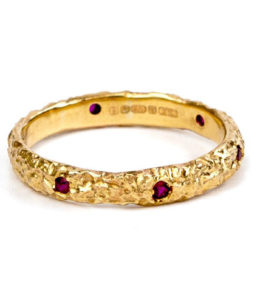 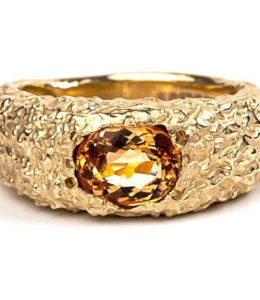 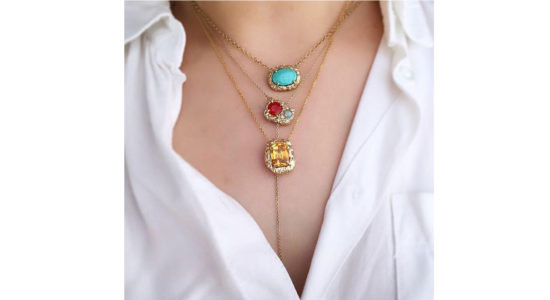 Necklaces from the Susannah King Jewels Orgaya collection are set with gems such as turquoise, garnet and citrine

The good thing about being a third-generation goldsmith is that the generations before you have learned tricks and tips. They have become micro-engineers, so you become a micro-engineer. Most things are possible. You’re only really limited by imagination and innovation 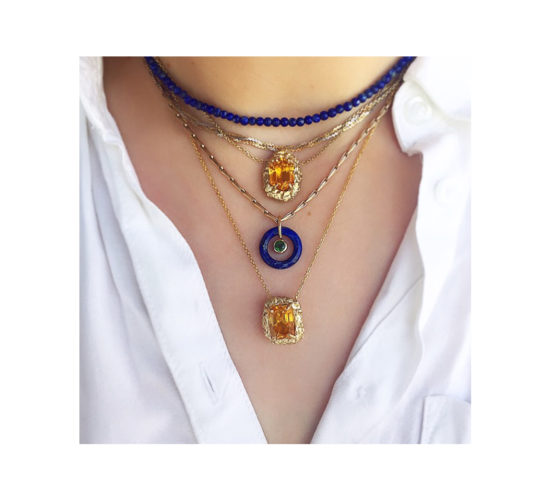 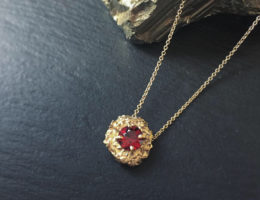 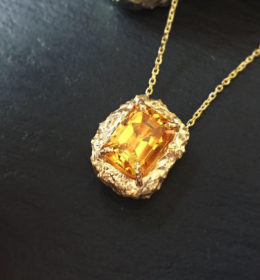 Necklaces from the Susannah King Jewels Orgaya collection are set with gems such as turquoise, garnet and citrine