Legend says that emeralds hide from women in mines, but that’s not the case in Colombia 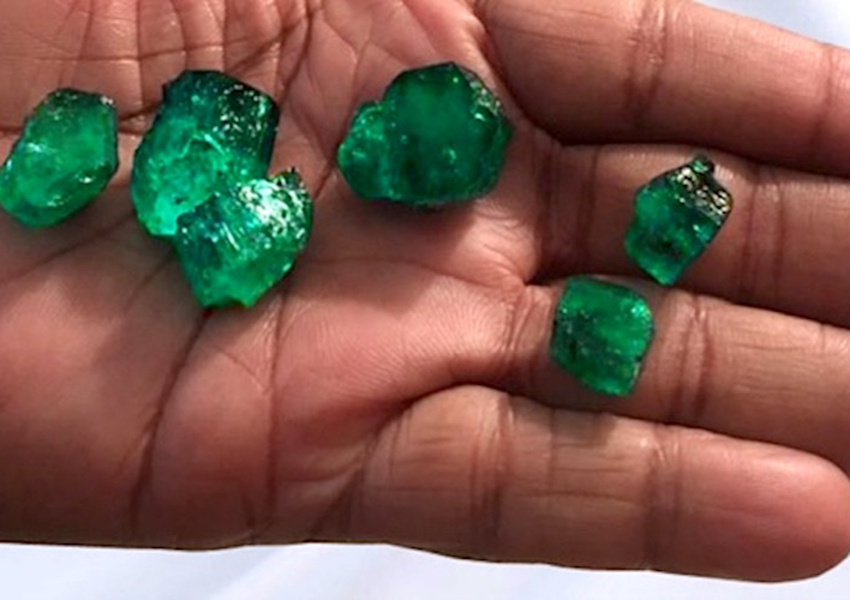 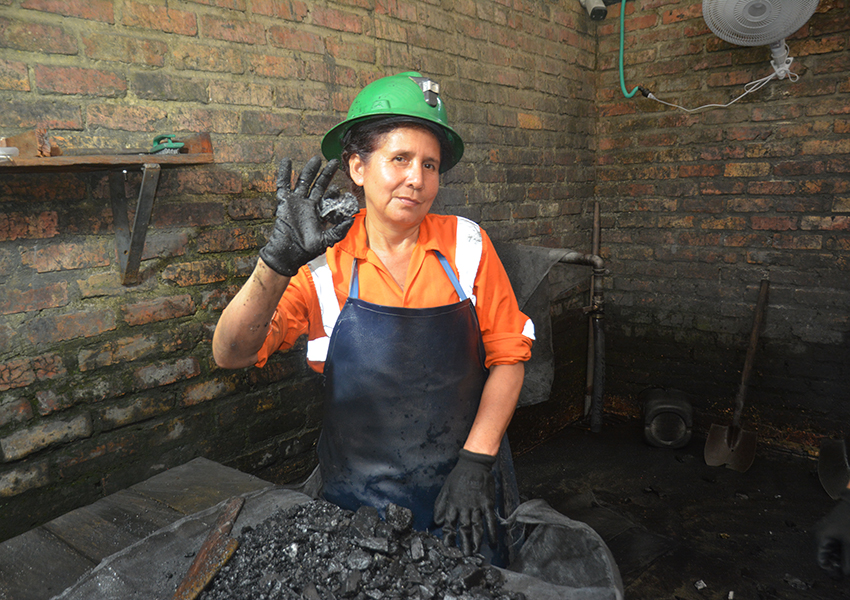 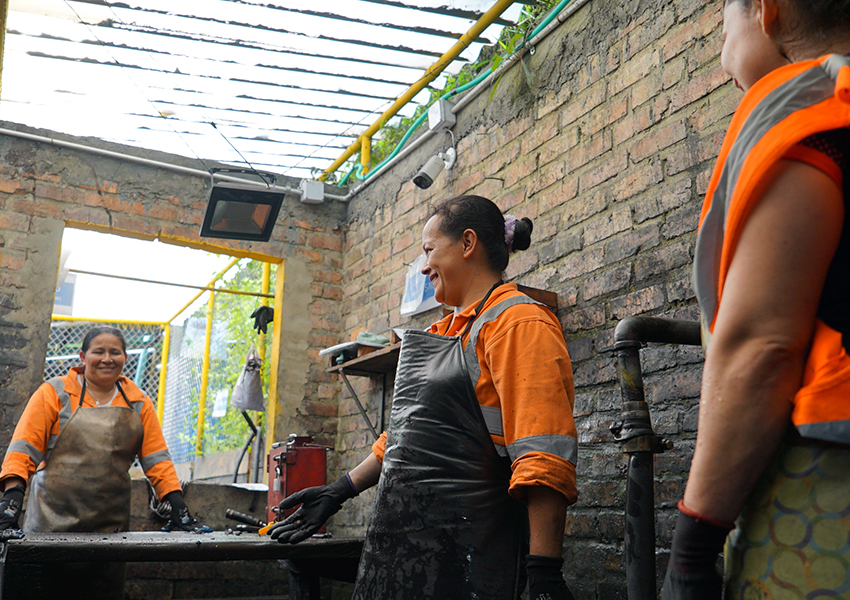 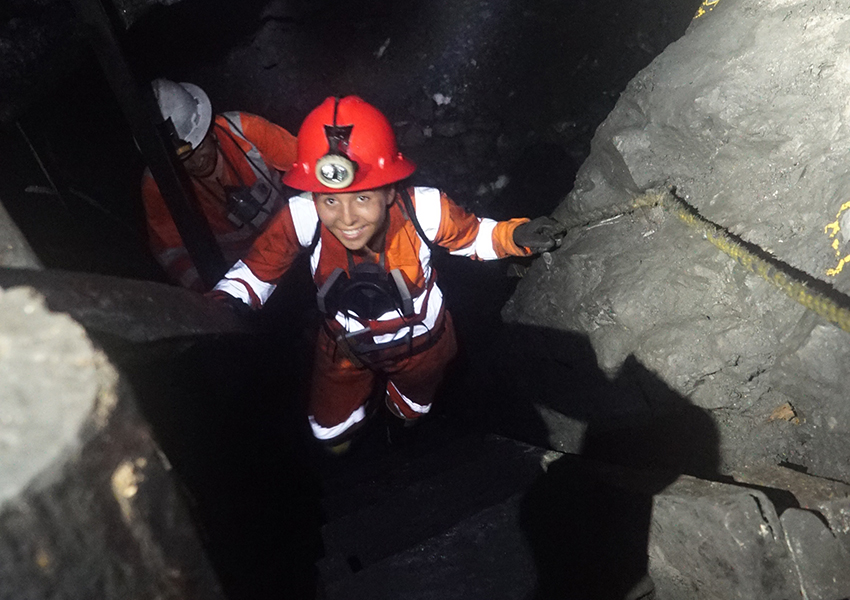 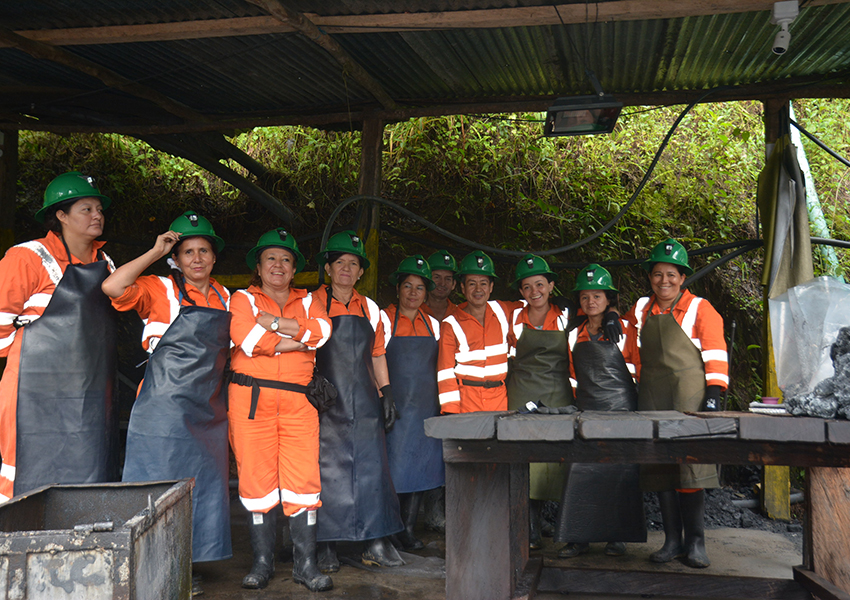 In Colombia, the source of the world’s most coveted emeralds because of their deep-green colour, there is a myth about women and emerald mines. Legend has it that it is unlucky for a woman to step into a mine; that the emeralds will hide if the fairer sex is around. Yet there is now an all-female mining team in Coscuez busting this patriarch fable.

The Coscuez mine in the mountainous Boyacá region of Colombia has a rich mining history. For more than 300 years, shafts cut into its depths have delivered glittering emeralds, though the indigenous Muzo tribe is believed to have plundered Coscuez’s riches for centuries before more industrial mining arrived with the Spanish invaders.

The emeralds uncovered at Coscuez are among some of Colombia’s best, and in the 1970s the mine was responsible for 95% of the country’s emerald exports. Just 10km away from the more famous Muzo emerald mine, Coscuez’s gems are sometimes referred to as Muzo emeralds as they are from the same region and their colour is only slightly bested by their better-known cousins. It was at Coscuez that the enormous 7,000ct Emilia Emerald Crystal was discovered.

Fura Gems shares its name with a prince of Colombian legend. About 40km from the Coscuez mine is a pair of granite peaks named Fura-Tena after a prince and princess born to the god of the mountains called Fura and Tena. Muzo legend says the pair was given wealth through rich veins of emeralds. There was one vein, however, that was forbidden to be touched, but a devil named Zarv convinced princess Tena to take the cursed emeralds. In retribution, the mountain god turned Tena and Fura into the granite peaks, and the nearby Minero River is actually the flow of their tears of remorse.

Tena was indeed an example of bad things happening when women and emerald mining mix, and this legend no doubt contributed to the belief that it is bad luck for women to work in the mines. This superstition has limited Colombian women to support roles in one of its most important industries – cooking for and cleaning up after the men in the mines, or working as barequeras, scratching through the waste piles known as tailings for any missed treasures.

Fura Gems, which bought a majority stake in the Coscuez mine this year from Gemfields, is trying to challenge this sterotype with the creation of an All-Female Wash Plant Project at Coscuez. It claims that this is the first all-female mining team – not just in the gemstone industry, but in the mining sector worldwide.

“We believe women in West Boyacá are a pillar of society in the area and that these opportunities help reflect the vital, strong and active role women continue to play within their local communities,” says Fura Gems chief executive Dev Shetty. “We hope that news of this team shatters age old myths that prevent women from finding work in the mines of Colombia. We are delighted that local women in Coscuez are contributing in such a vital way.”

The women on this team aren’t headed down the mines to search for emeralds, but they do work on site at the mines washing, sorting and grading the emeralds. At the moment, the women work out of a temporary structure but there are plans to increase the project early next year with creation of a modern plant. This plant will require 30 staff to run it – all of who will be women – and the roles will extend to material feeding, picking, loading, recording, security and pump and equipment managing, and electrical repairs.

Earlier this year, Fura Gems uncovered a 25.97ct rough emerald of “rare and exceptional” quality at Coscuez, suggesting not only that the site has future potential but that the mountain god has not been too angered by this intrusion of women in the emerald mining of Muzo.

I am a jewelry designer, Please respond

Congrats to these ladies. They are certainly not the first all women mining team (there are thousands out there) but perhaps one of a few all female small-scale mechanized gem mining operation.