The discovery of the Yiqisong Nanshan peridot mine

After battling sub-zero temperatures in China’s vertiginous Changbai mountains, Fuli Gemstones’ intrepid Mr Yu was rewarded with a gift of light and hope 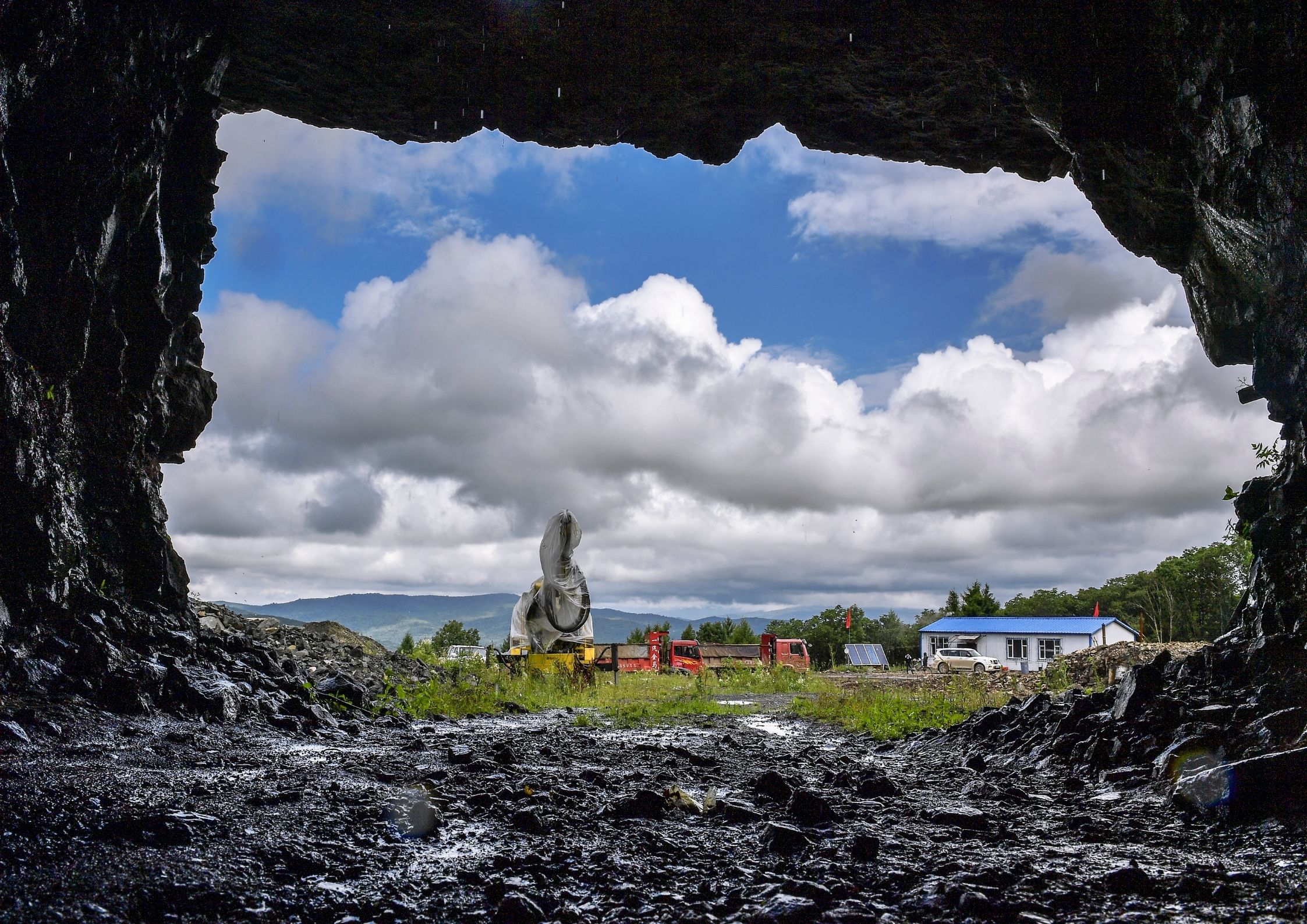 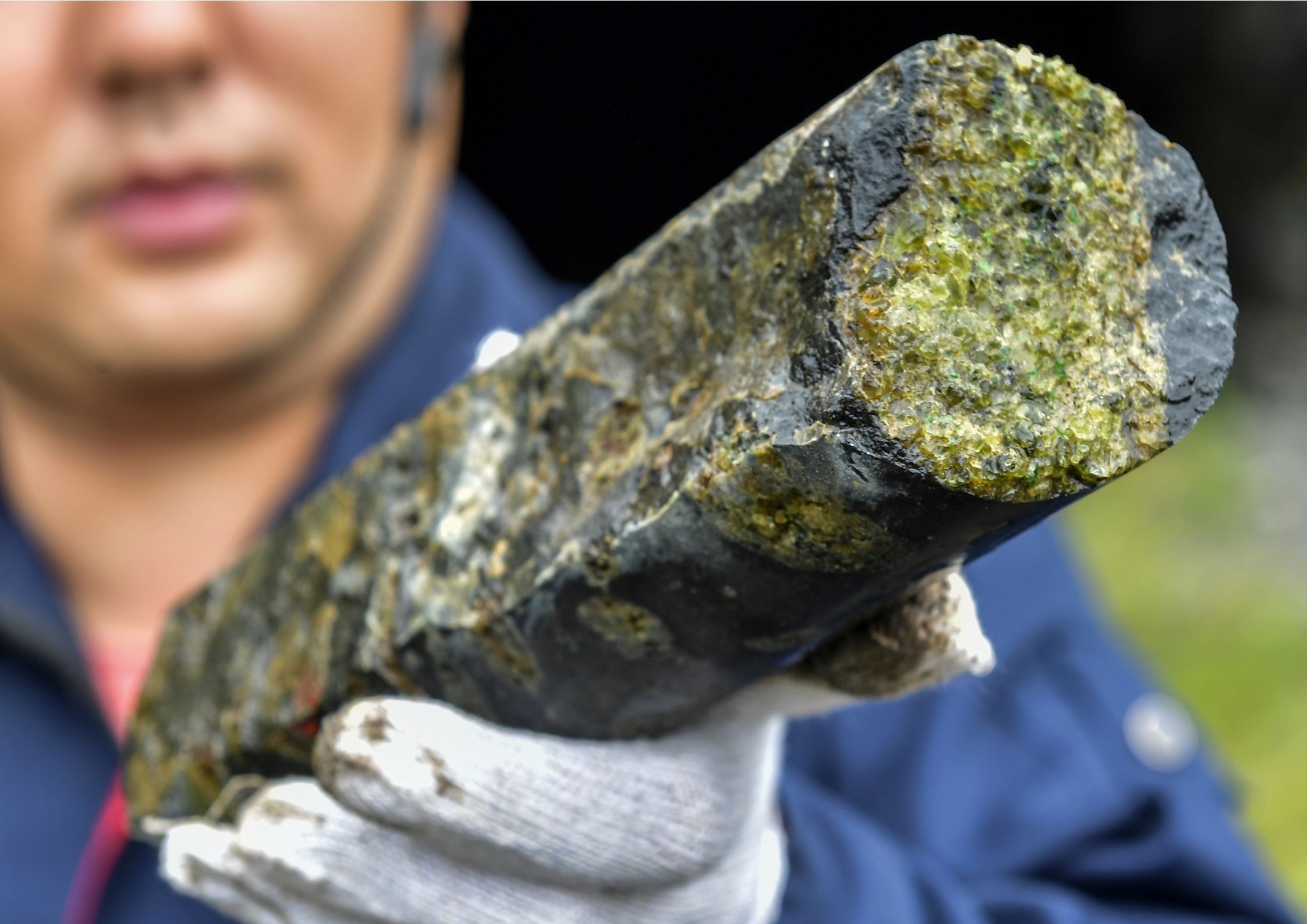 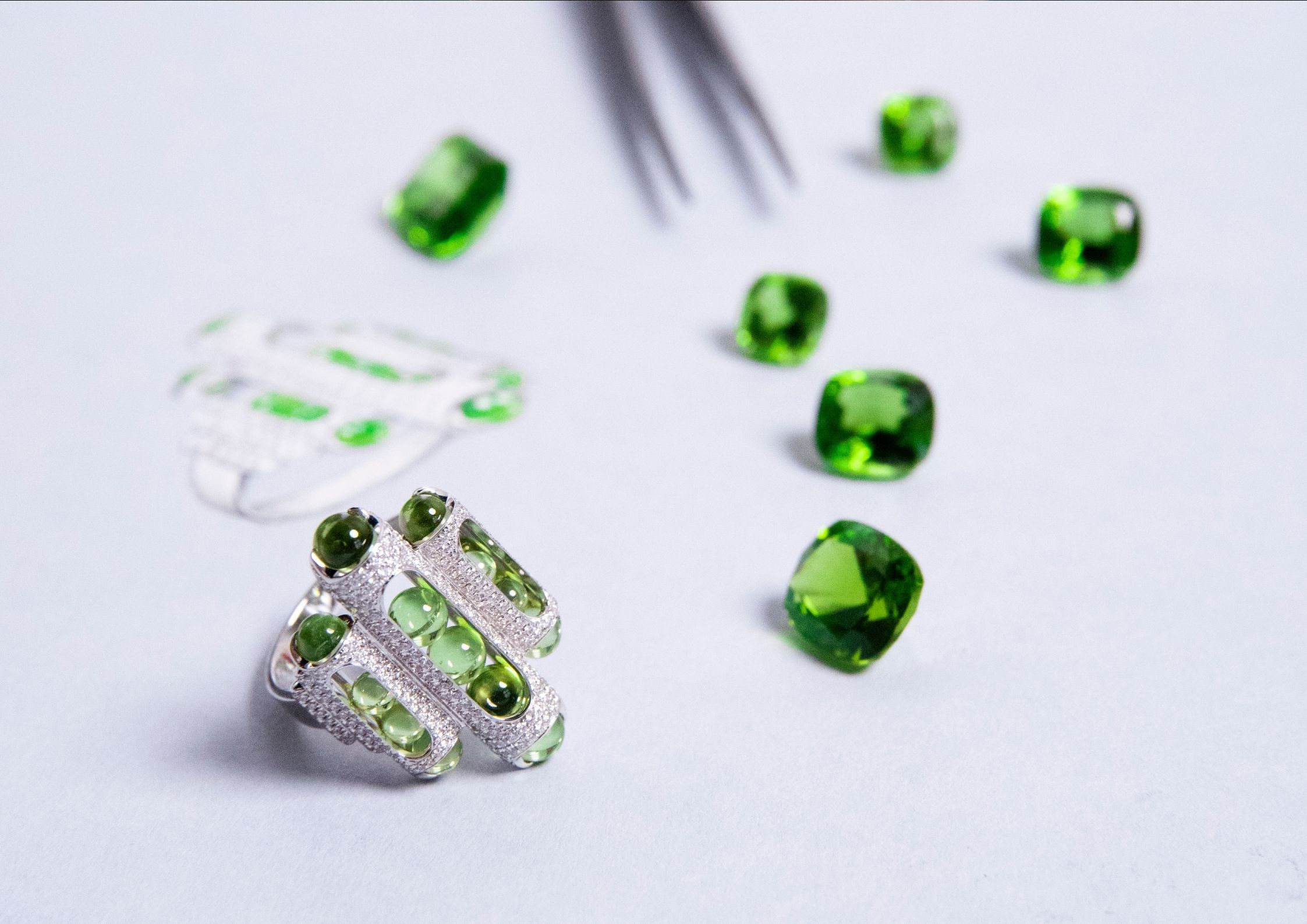 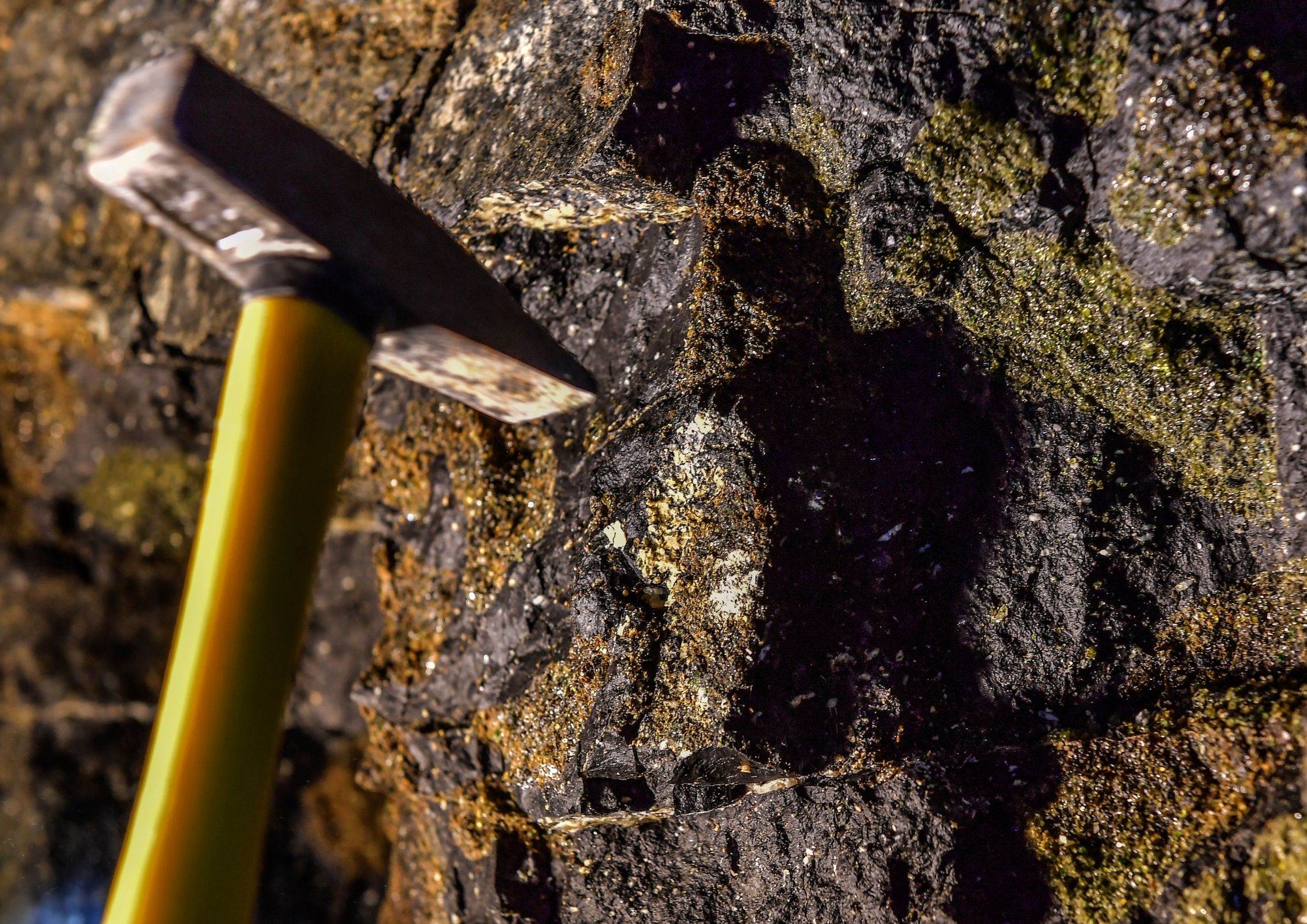 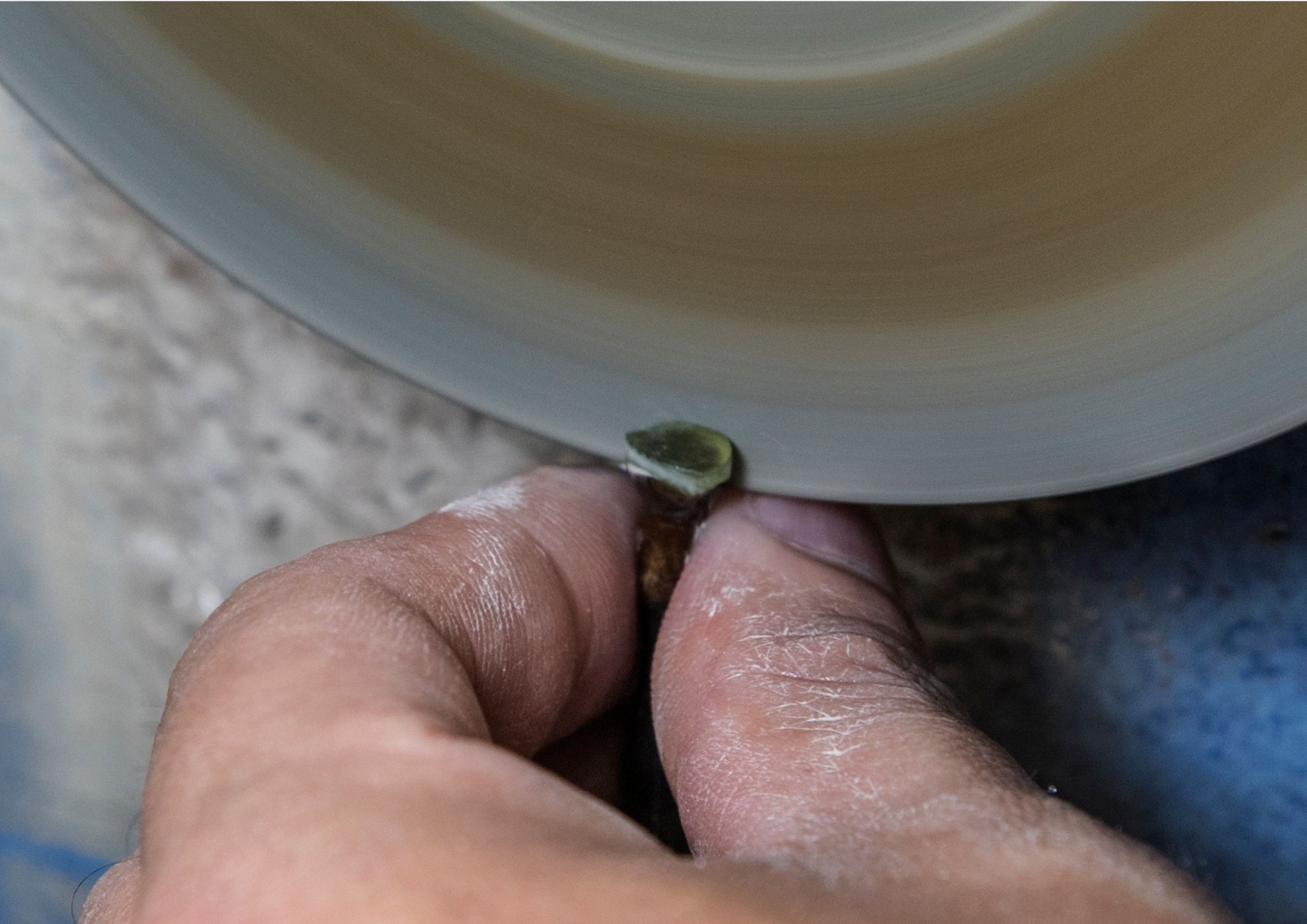 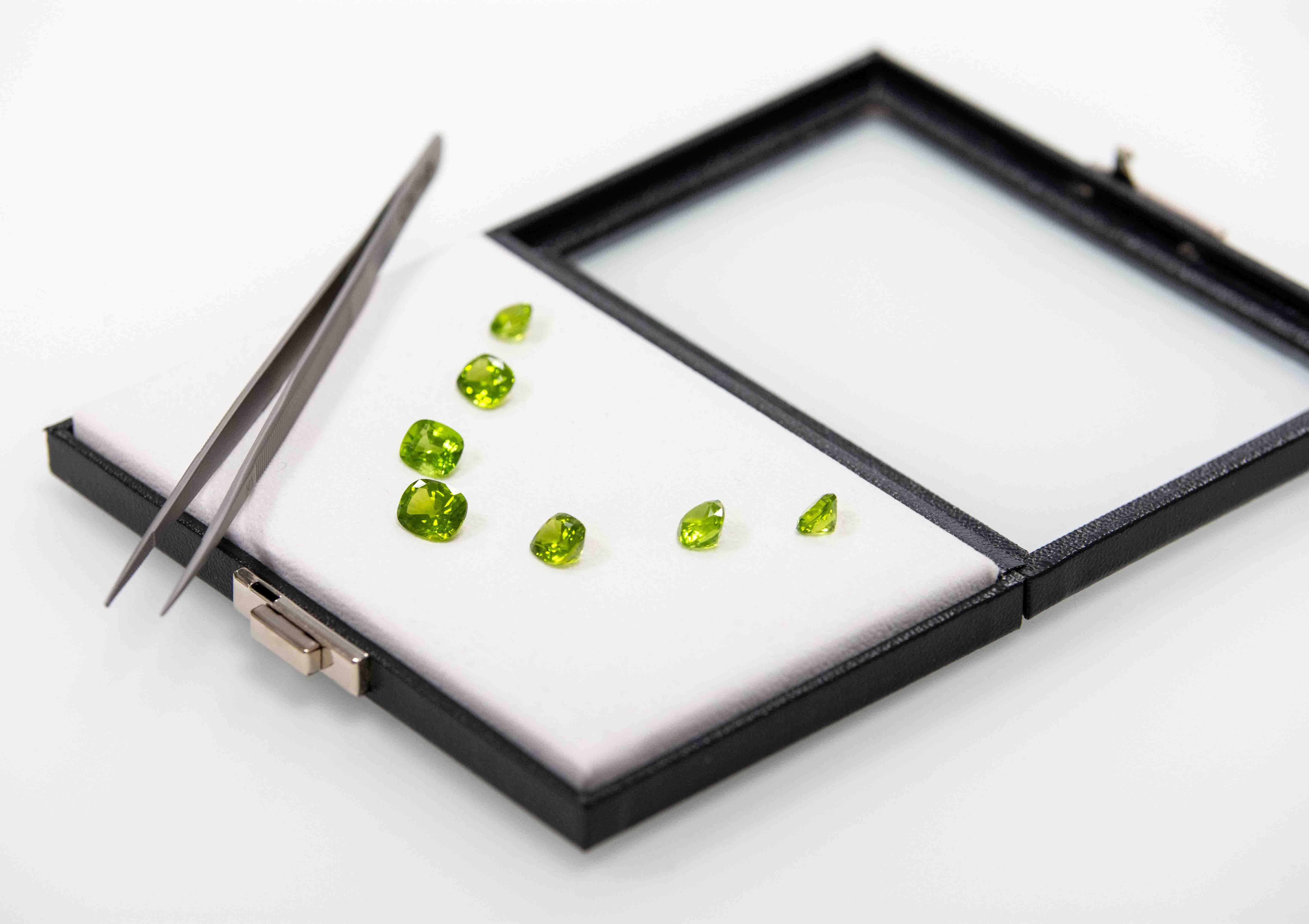 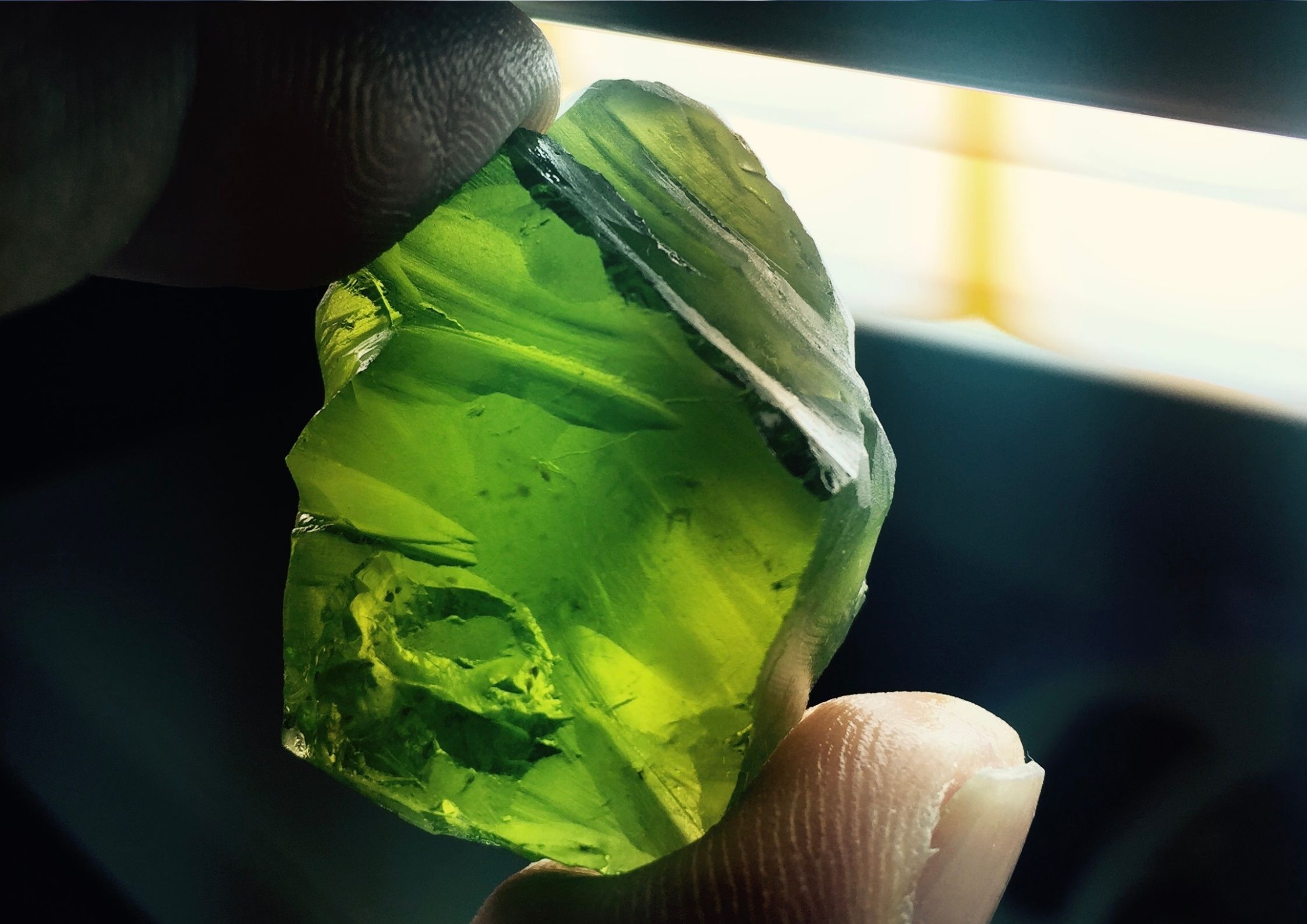 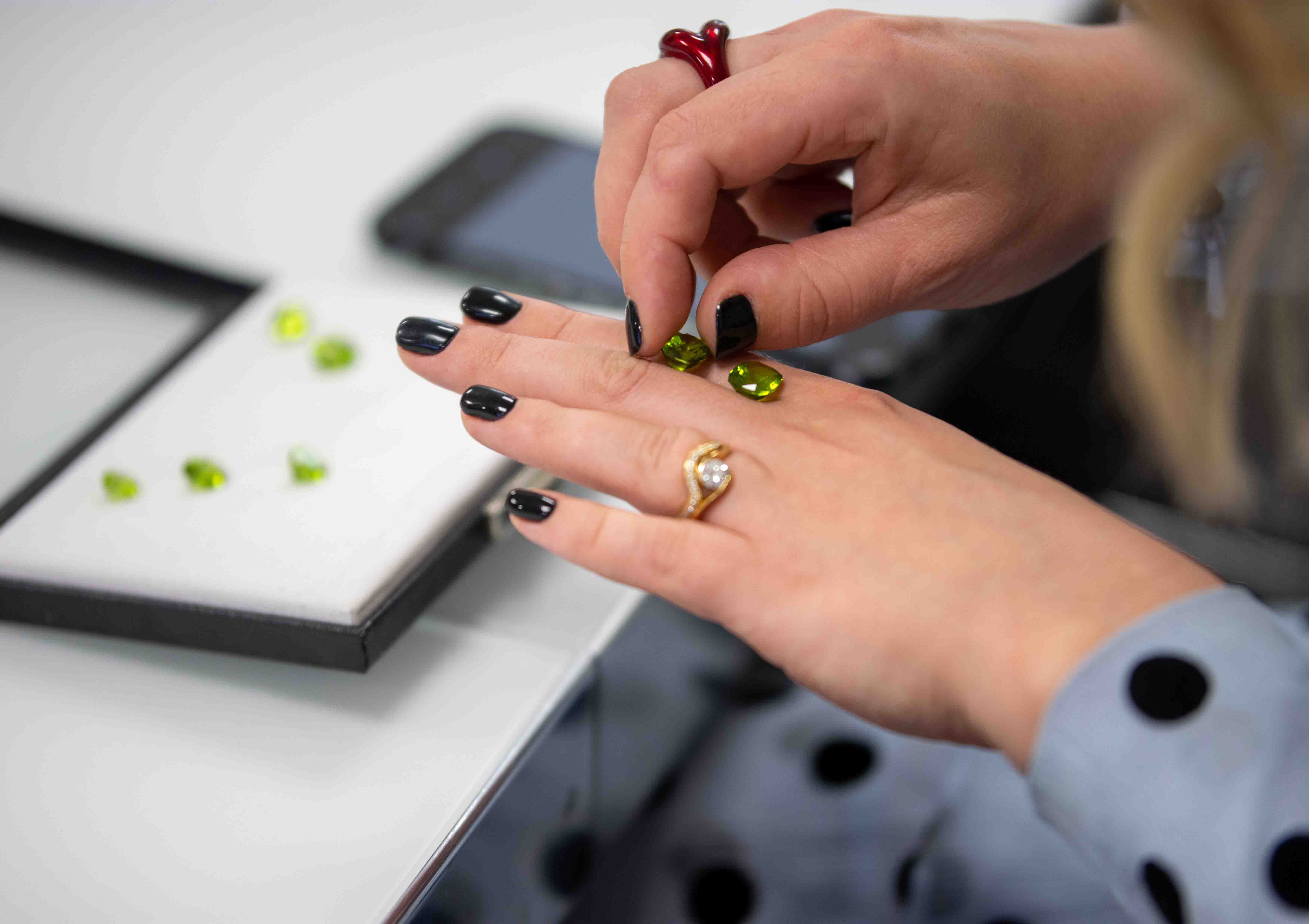 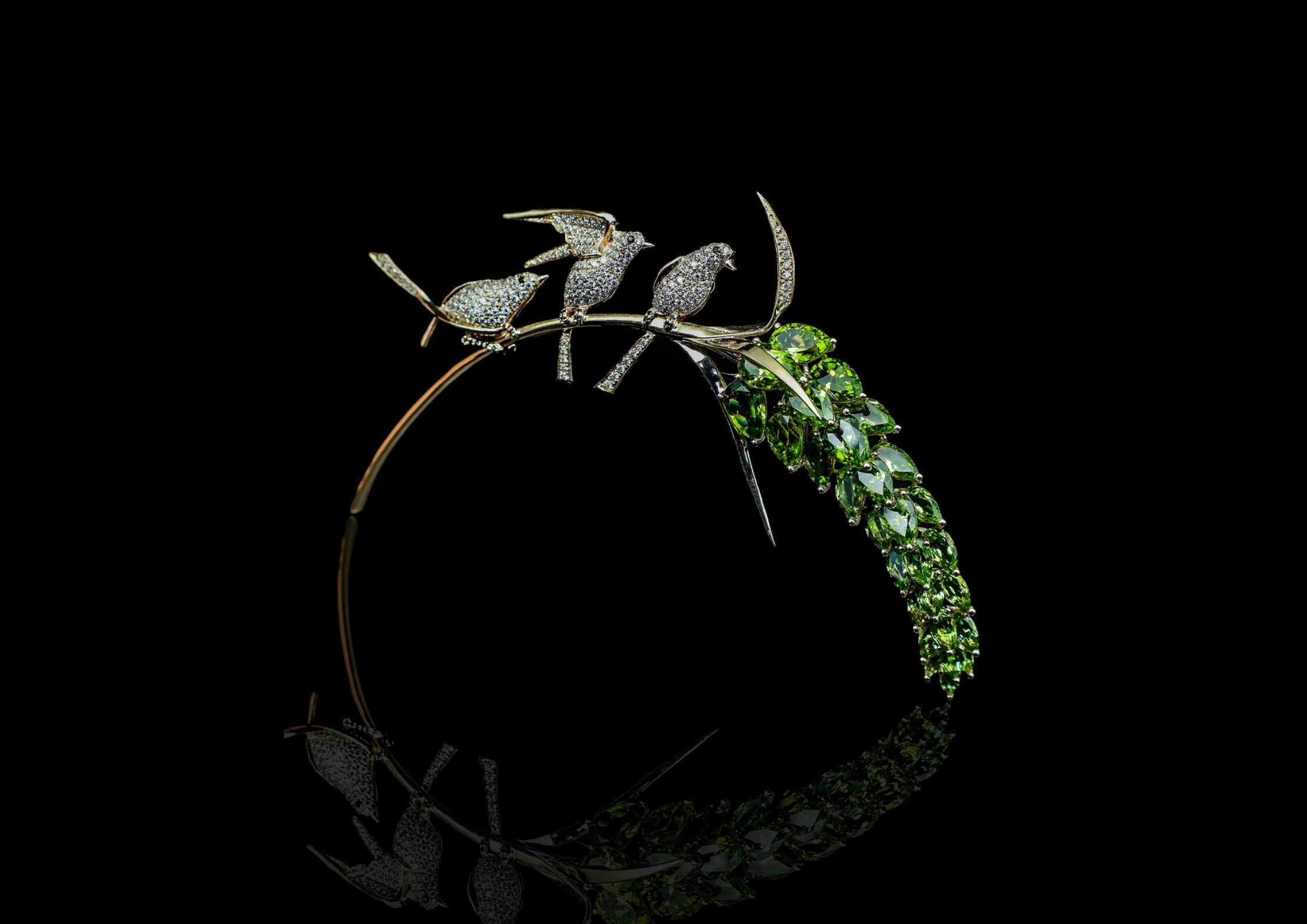 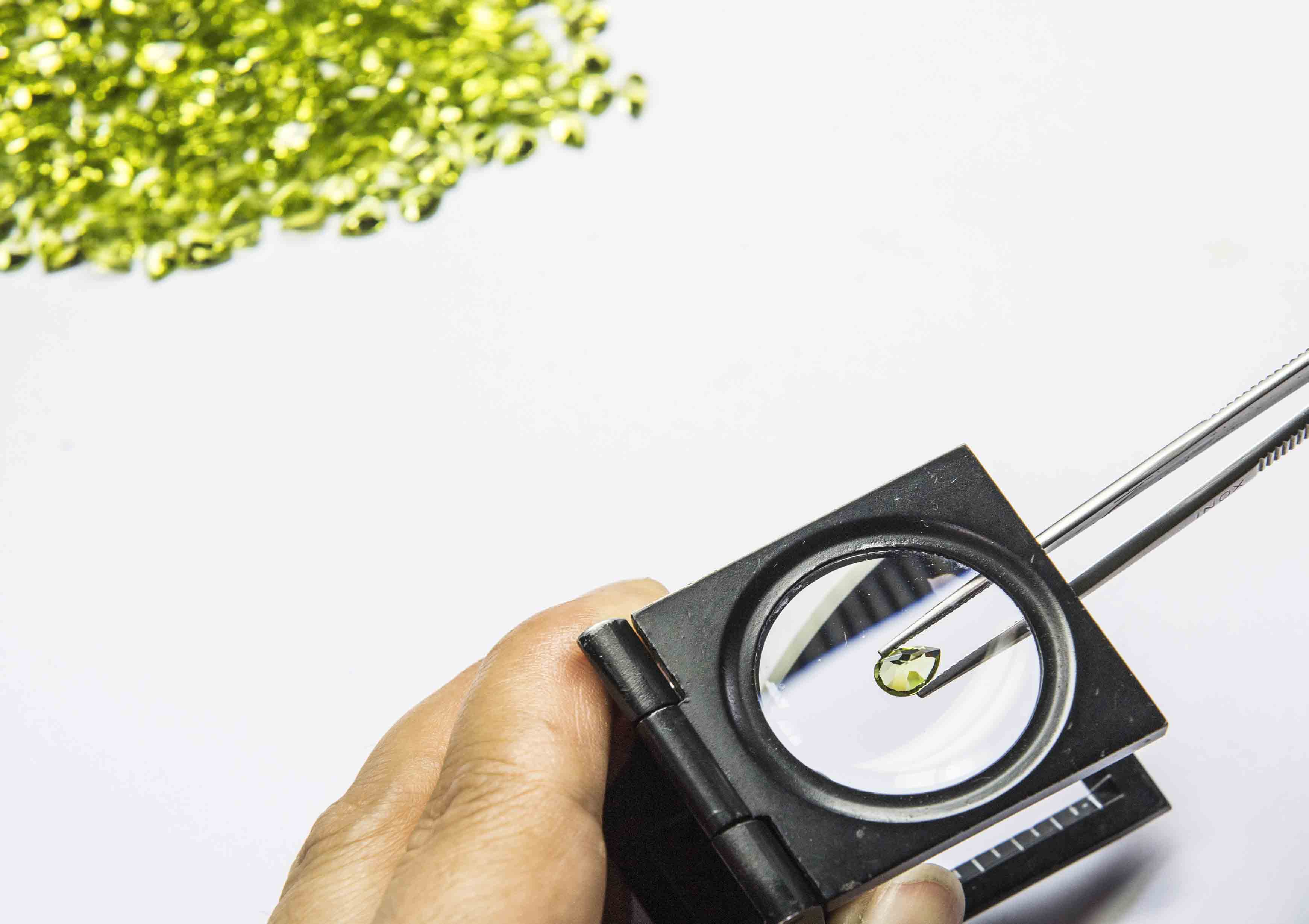 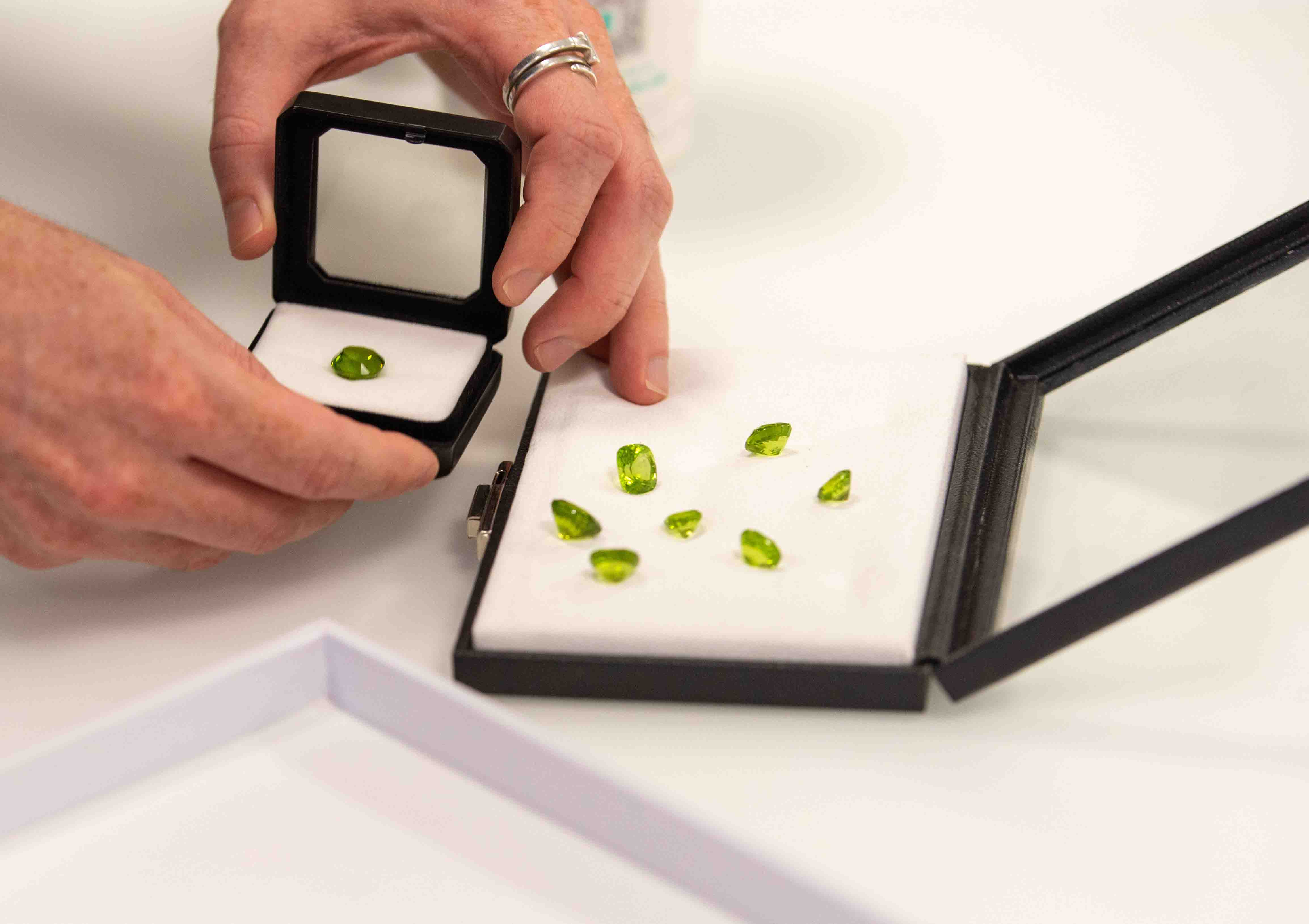 Picture this… drilling for days on end in the wintry tundra of China’s Changbai mountains, facing frostbite and fatigue in temperatures of -22 Celsius, all in the hope of catching the firefly-like glint of a green gemstone. This was the rugged reality of Fuli Gemstones chairman Mr Yu, along with his business partner and team, during their adventurous hunt for gem-quality peridot.

It was several testing weeks before the team finally unearthed the peridot deposit that is now known as the Yiqisong Nanshan Peridot Gemstone Mining Project. Its discovery in 2015 was a massive undertaking, guided by geologists striving to uncover vibrant and glowing peridot under those frozen foothills in northeast China. The Yiqisong Nanshan Peridot Gemstone Project holds the largest amount of exploitable rough peridot (peridot that can be mined and transformed into gems for jewellery) in the world. This claim was verified on December 31, 2020, by an industry consultant, based on its independent research.

“It was on the eve of Chinese Lunar New Year that the primary deposit was located – the discovery certainly made it one to remember,” recalls Mr Yu, a veteran of the mining industry, who describes his passion for gems as starting at an early age. The discovery of peridot and the creation of Fuli Gemstones, for Mr Yu, has been his most satisfying adventure to date. 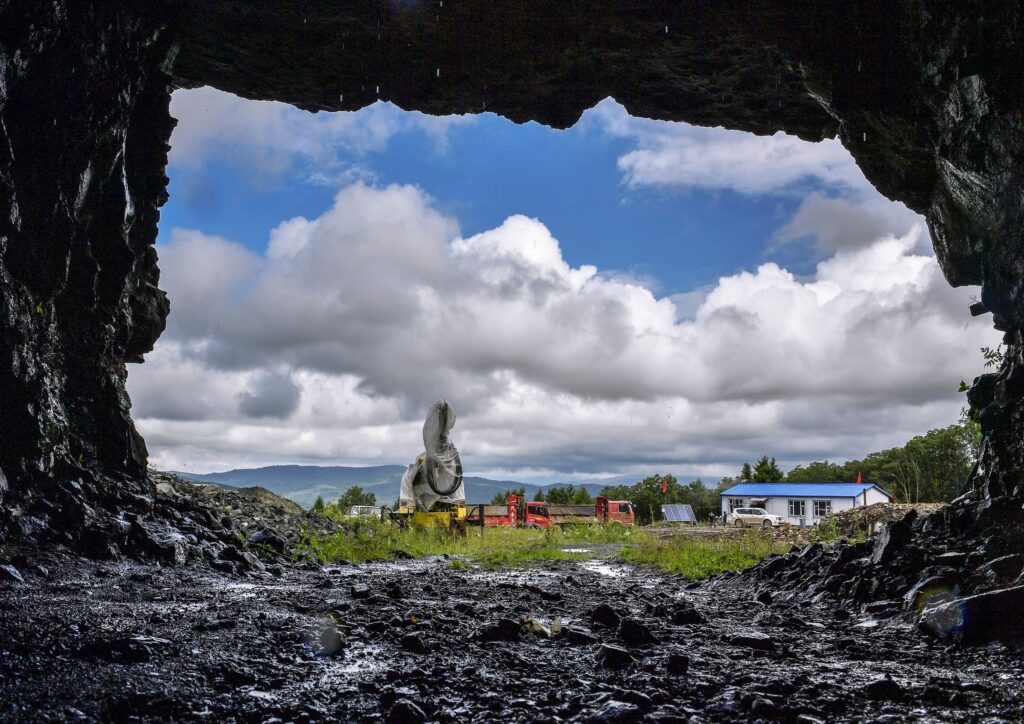 The Yiqisong Nanshan peridot mine in China’s Changbai mountains

The Chinese word fuli (富麗), after which the mining company is named, can be translated as ‘rich and beautiful’, which is exactly how Mr Yu describes his peridot. “The peridot gemstones from our mining project have a relatively saturated colour and, unlike commonly used coloured gems ruby and sapphire, are natural and untreated,” he enthuses.

The peridot deposit in the area was first discovered in the 1960s by local geologists, but was largely left dormant. More than 50 years later, the deposit was brought to Mr Yu’s attention by one of his business partners, and – full of ideas and ambition – he set out to bring forth the era of peridot in China.

Peridot has been mined since the Egyptian times, but the main sources up until now have been Myanmar, Pakistan and the United States. This new discovery in China is a monumental moment in the rich tale of this historically significant gem. 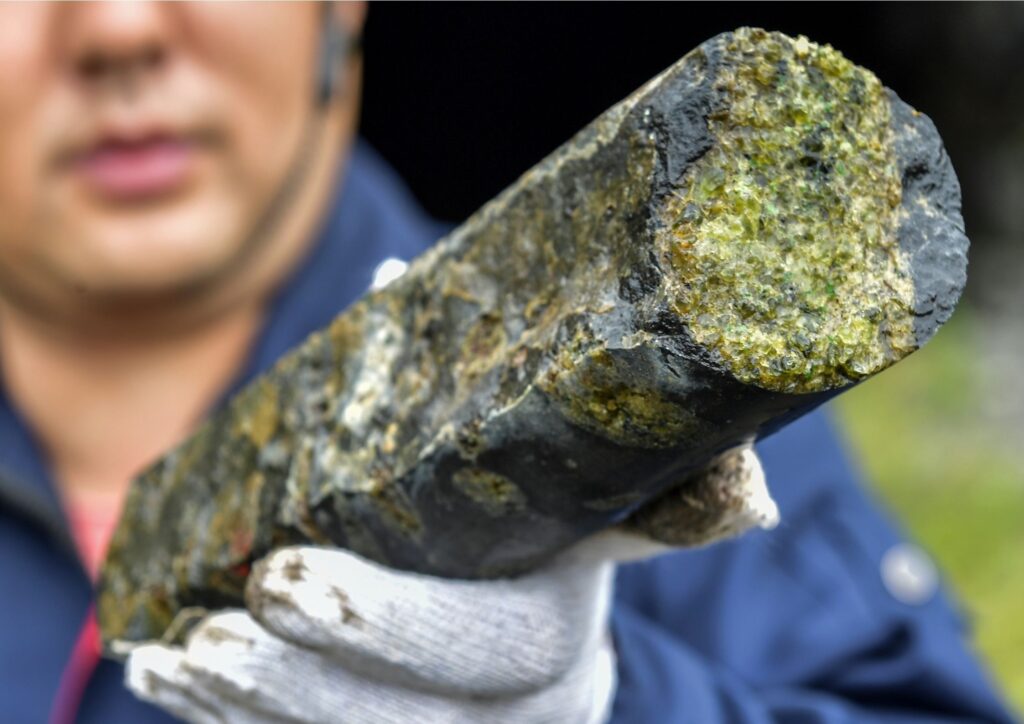 A historic gift of light and hope

Looking back at the history of peridot, the green gemstone has been at the centre of much lore. In Ancient Egypt, the gems were called ‘night emeralds’, as their bright fire and vivid green colour glows even in the dark of night. In Cleopatra’s personal collection of emeralds, which was said to be the largest in the world at that time, it was discovered that some of the gems were in fact peridots of such a deep-green colour that they were mistaken for the more fragile gem.

Peridot jewellery was also of incredibly high emotional value during the Suffragette movement in England in the early 20th century. The lush green colour of the gemstone represented the gift of light and hope, and wearing a peridot at that time was a vote for women’s rights.

This once powerful and prominent gem has, over the course of time, taken a back seat compared to its more famous cousins, such as emerald, ruby and sapphire. Mr Yu hopes to change this, with plans to put the spotlight back on peridot, and to promote the emotive association of peridot with “a gift of celebration of life throughout a person’s lifecycle of birth, graduation, wedding and career achievements”. 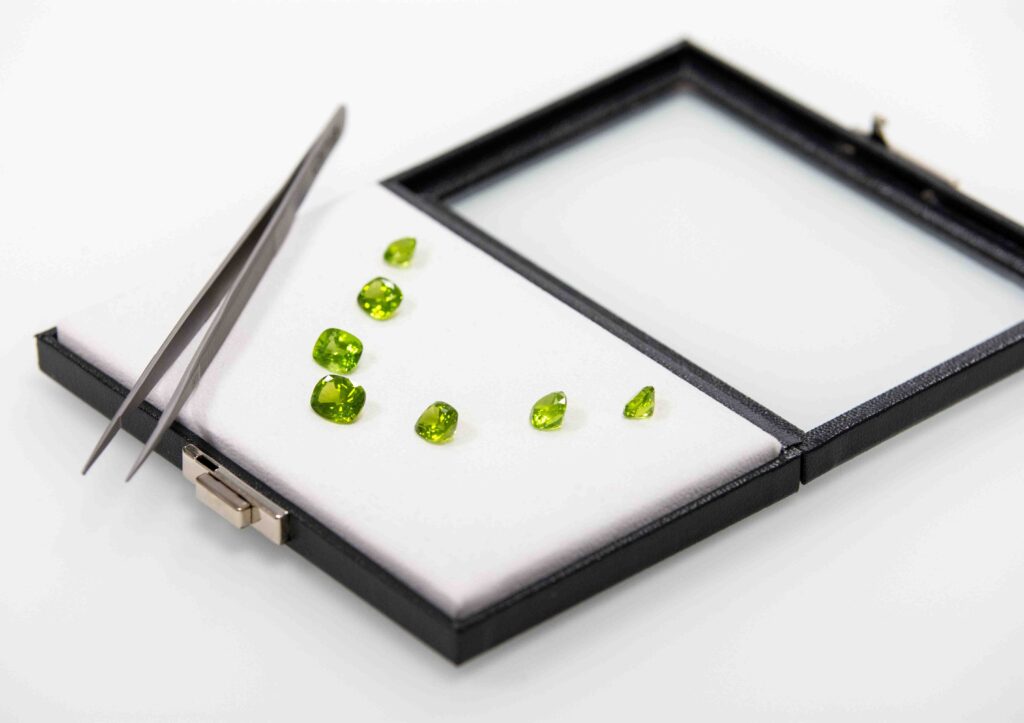 Putting peridot in the spotlight

“We want Fuli peridot to become known as the gift of light and hope,” continues Mr Yu. “The vibrant colour of our peridot lends itself to all things pure and genuine, and we will look to be associated with like-minded designers and brands.

“We want to be able to shine a spotlight on Fuli peridot, working with the industry as a whole, nurturing young design talent, working with gemmological labs, gemmology schools and supporting industry professionals through access to our mine facts and our products.”

The work with internationally renowned gemmologists has already begun. Fuli Gemstones has supplied rough gemstones to gemmological labs and trade industry associations so that experts can examine, research and better familiarise themselves with Chinese peridot. It also plans to invite key labs on field trips to the Yiqisong Nanshan mine site to see the deposit first-hand. “It is always good for people to see where the gemstones are coming from, and with our transparent route to market we will always look to educate the industry for a better understanding of this rich and vibrant gemstone,” says Mr Yu. 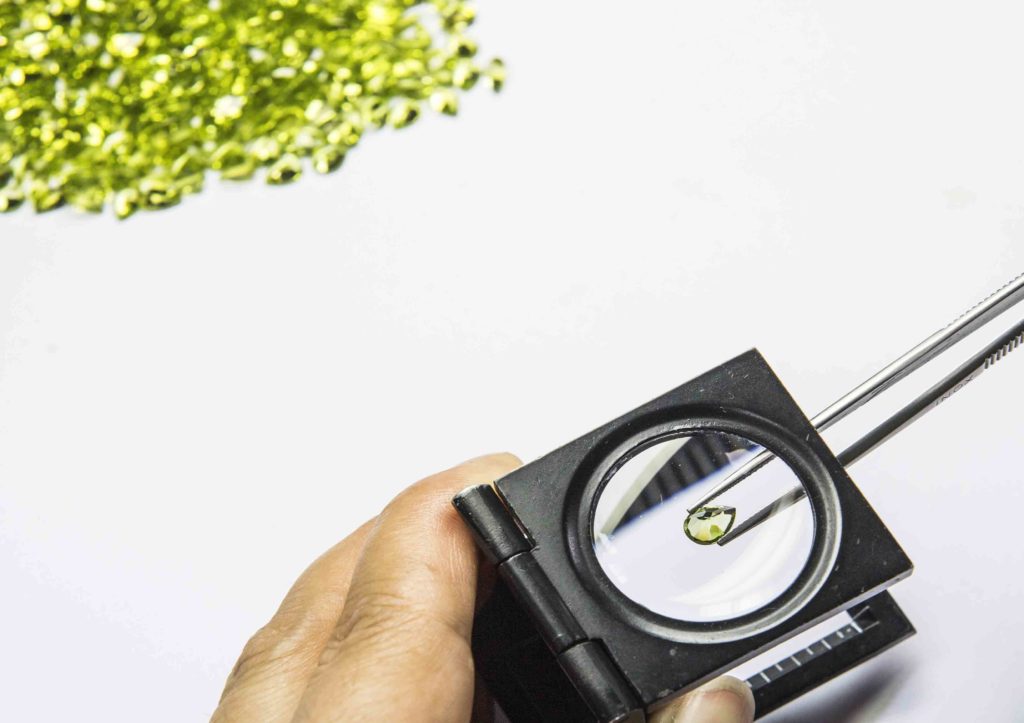 Designer collaborations and a London show

Collaboration with designers is similarly steaming ahead, with Fuli Gemstones teaming with talented emerging designers on one-of-a-kind jewels. Some more major names in jewellery will follow this summer.

In October, Fuli Gemstones will bring its green gems to London as headline sponsor of The Jewellery Cut Live. At the boutique jewellery show, visitors will be able to view the gems up close, view some of its designer collaborations and attend a talk that will give an in-depth insight into the green gem. It plans to follow this with an appearance at GemGenève in Switzerland and the China International Jewellery Fair Beijing, both in November, and the Bazaar Jewelry China event in December. It will also take part in the International Colored Gemstone Association Congress in Shenzhen in 2022.

As well as attracting the attention of a global roster of jewellery designers and participating in leading events, Fuli Gemstones also has the full support of its local government and community in China. “According to a survey conducted, we received 100% support from survey participants, all of whom were local residents for the construction of our mine site and our ore processing plant in the area,” says Mr Yu. “Local residents believe our peridot mining project will improve the development of their local economy. We hope to be able to provide employment for the surrounding community.” 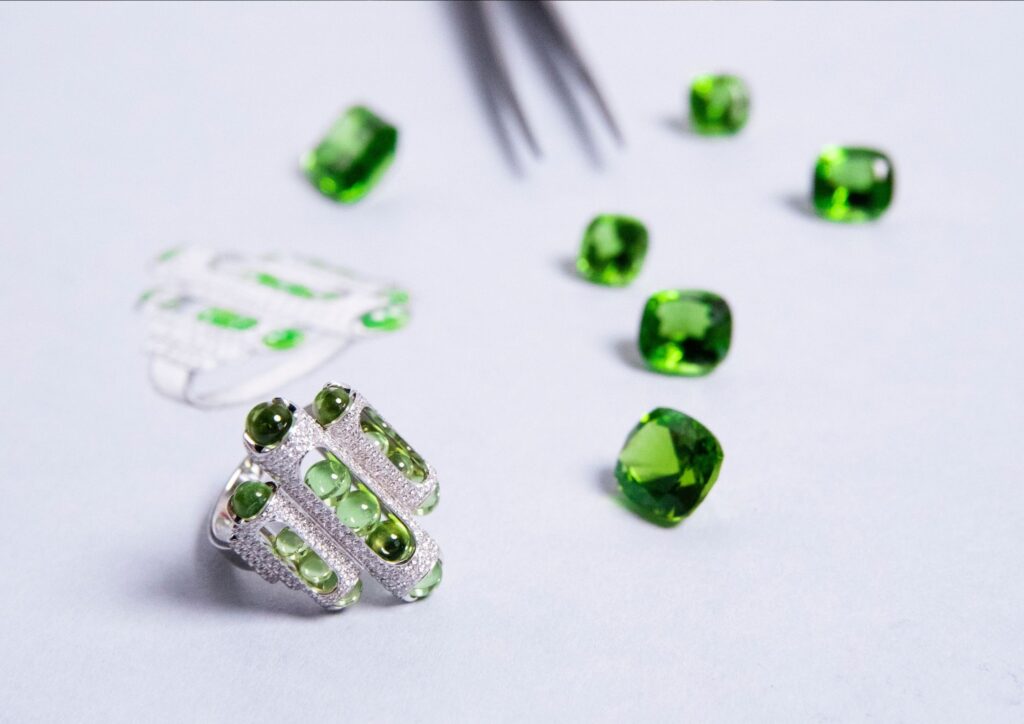 How ethical is a Fuli Gemstones peridot?

Environmental awareness and sustainability are of the utmost importance to Fuli Gemstones as it pursues its dream of reawakening the peridot market through the constant supply of large and quality gems it promises to deliver. “We believe in traceability and transparency,” states Mr Yu. “The industry and end consumers want to know that the gemstones are brought to market in the right manner, respecting the people and the environment.”

To achieve this, Fuli Gemstones endeavours to adopt a vertical operation – this means the company mines, cuts and polishes its gemstones to ensure 100% traceability from the mine to the buyer. The mine itself is underground, meaning that there will be relatively little disruption to the surrounding environment. “Our mine is situated within a forest, so we work alongside the regional government in the area to maintain the forest,” says Mr Yu. “We will also be working with an external company whose focus is on sustainability, to advise us on our processes. We will be committing to ethical practices, reducing the environmental impact of our activities, increasing our traceability and transparency throughout our supply chain.”

The discovery of the Fuli Gemstones’ deposit might well go down in gem history as an arduous battle against the extremes of nature, but it would seem that its journey from dormant treasure trove to bustling mine will be done very much hand in hand with the environment. This seems fitting as the untreated verdant hue of peridot that has so entranced jewellery lovers through the centuries is, as Mr Yu would say, a gift of light and hope from nature itself. 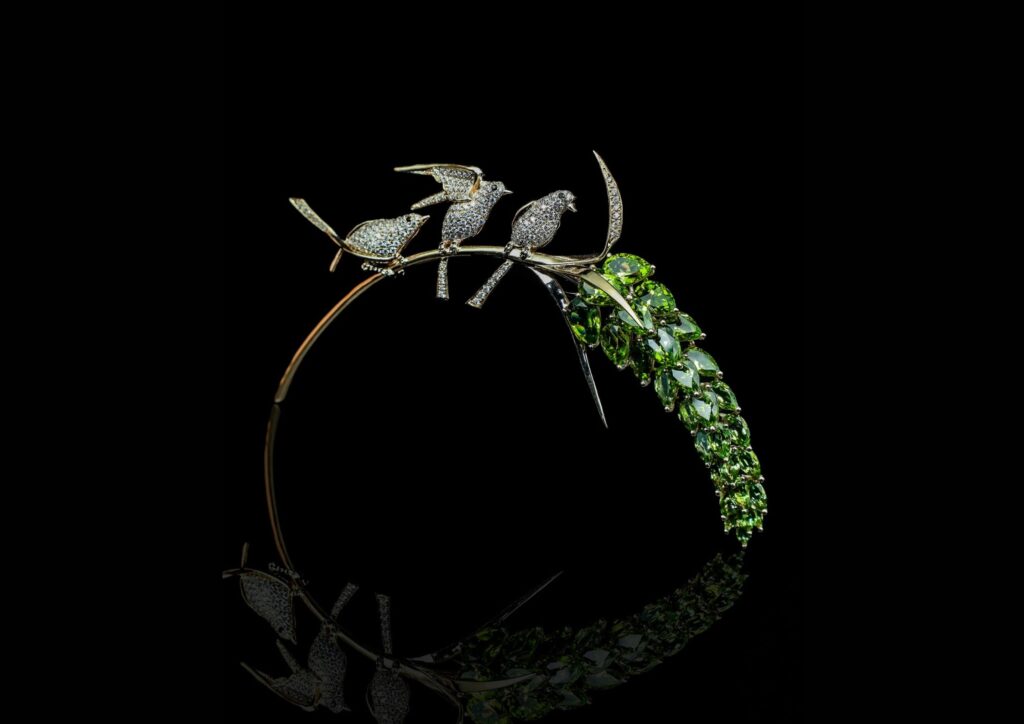 See Fuli Gemstones peridot for yourself at The Jewellery Cut Live in association with Fuli Gemstones  on October 15th & 16th, 2021, at The Royal Institution, London. Get your ticket here

Peridot is my birthstone and I absolutely love it. I would love to be able to go to see this mine and see the peridot in situ. It looks amazing and I am in agreement with their policy of transparency and traceability and also their stance on environmental awareness. I own a few pieces of jewellery with peridot in them and maybe one day I will own some Fuli peridot.