The accessible jewellery talismans of MXBX 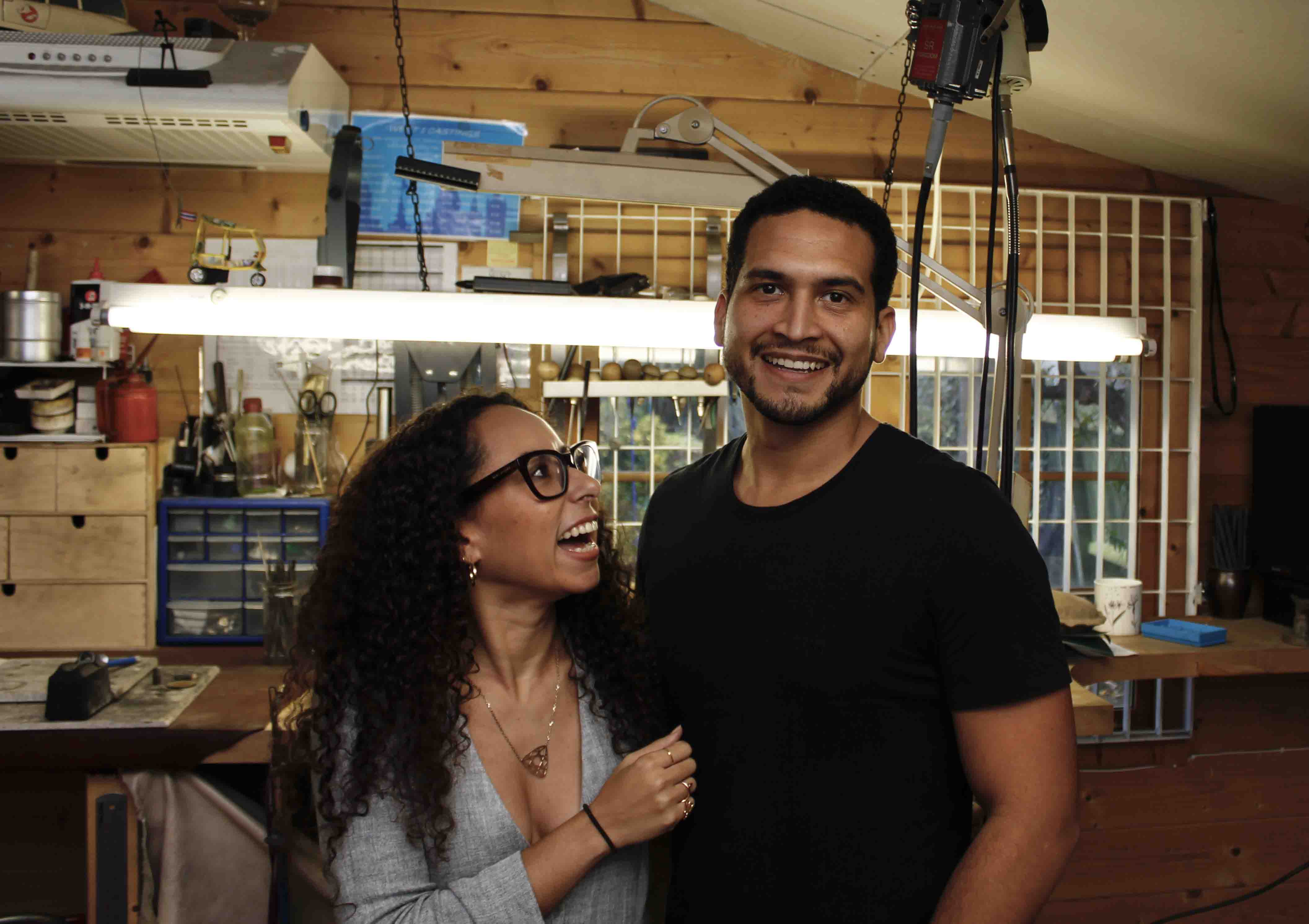 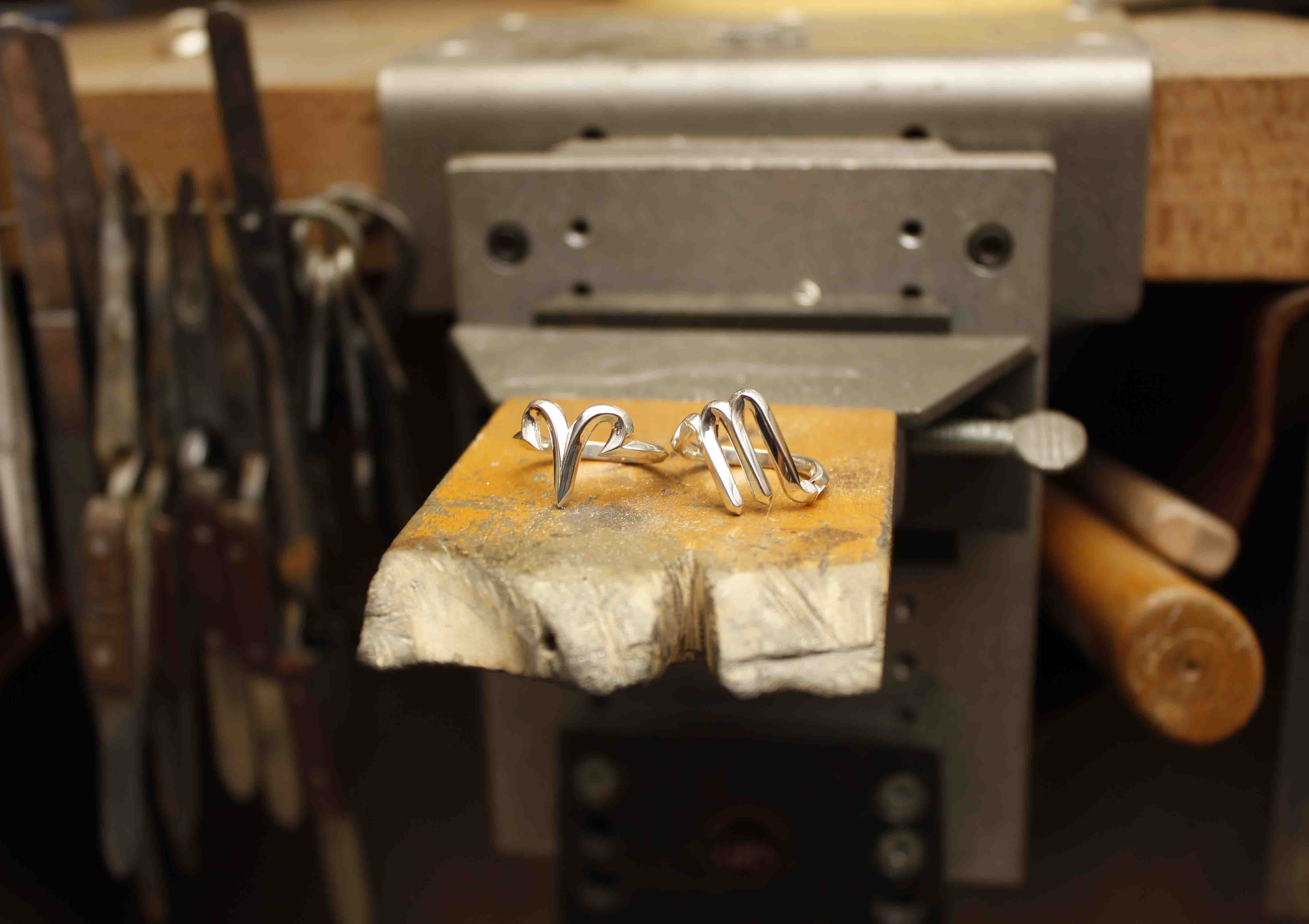 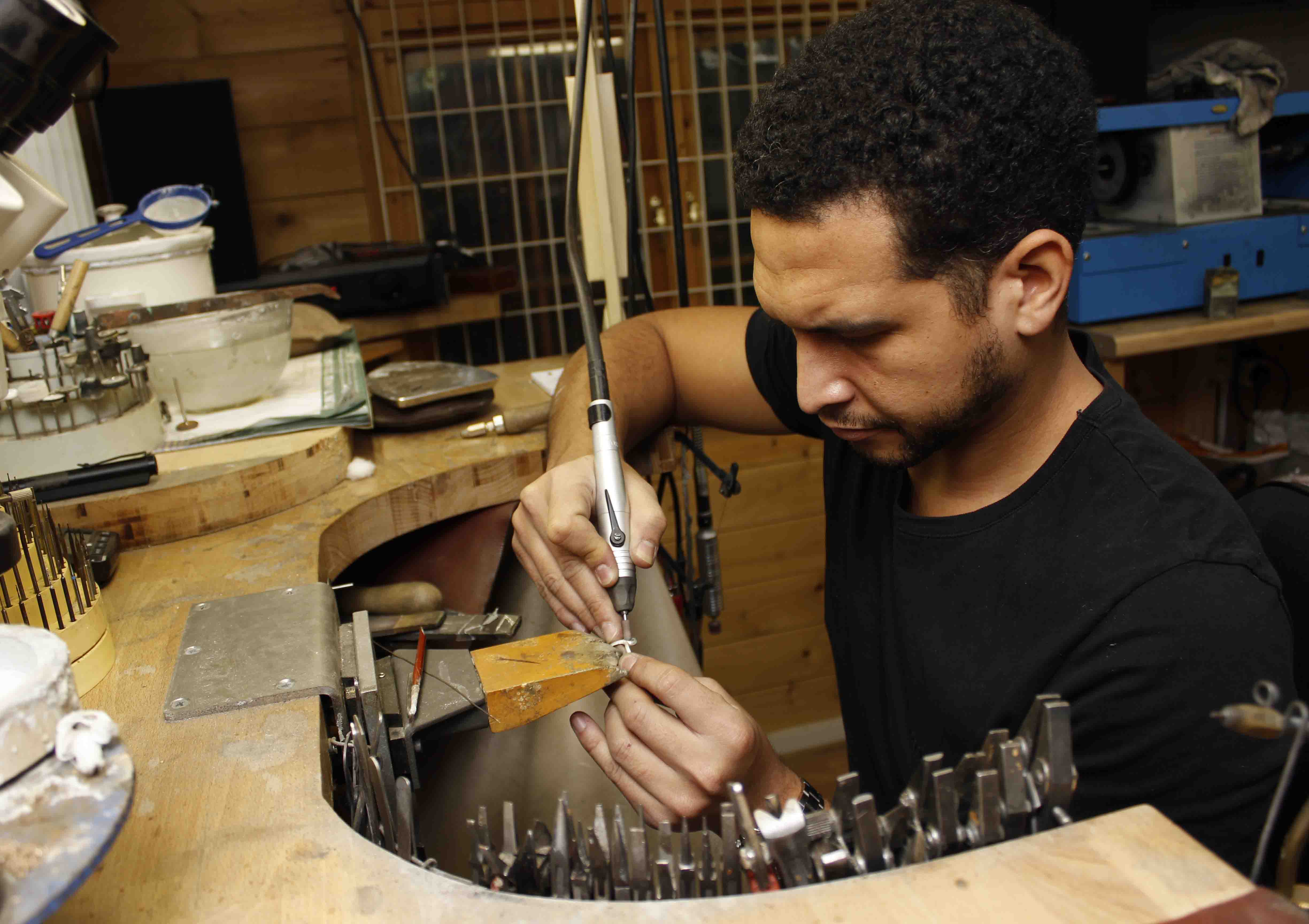 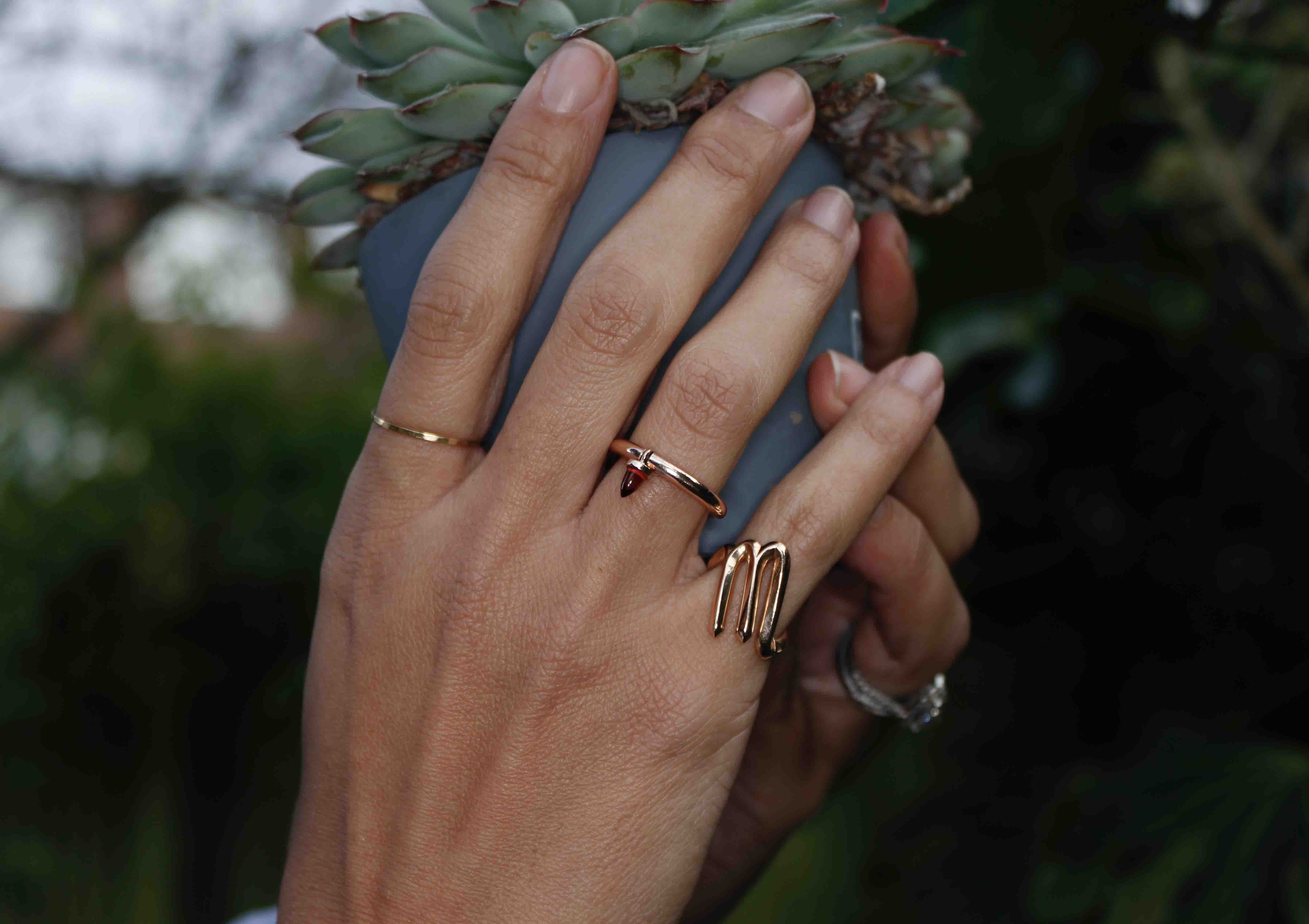 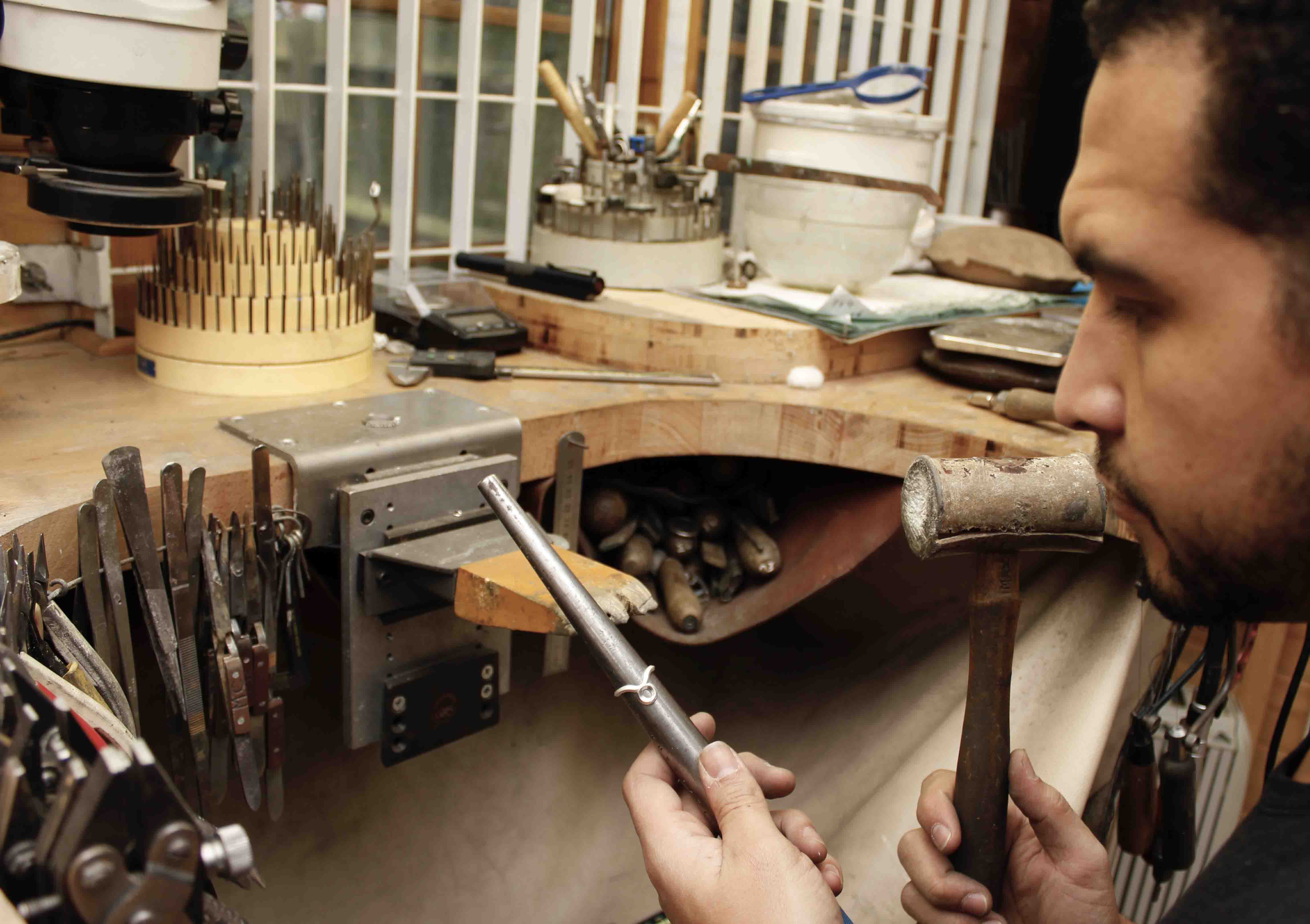 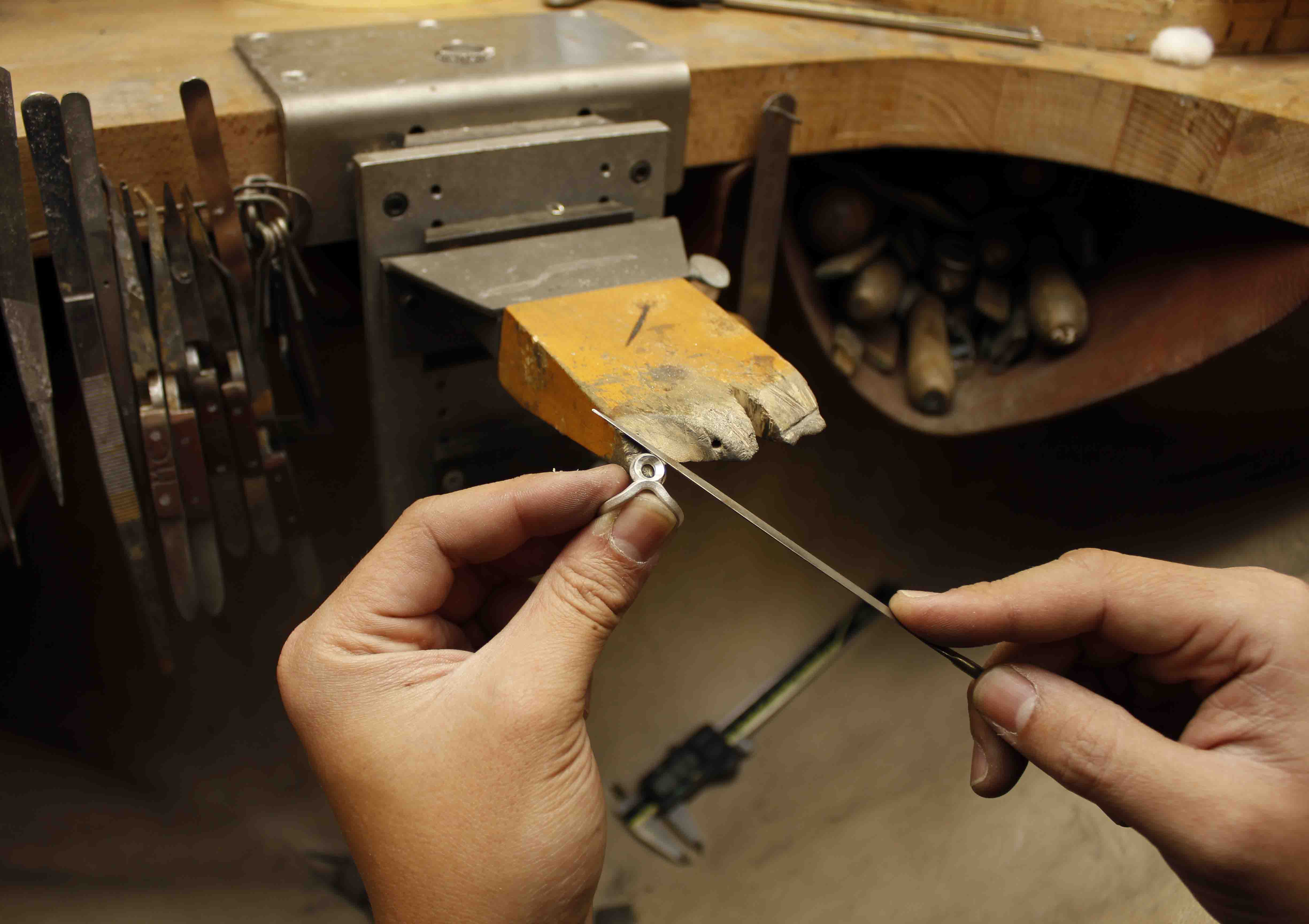 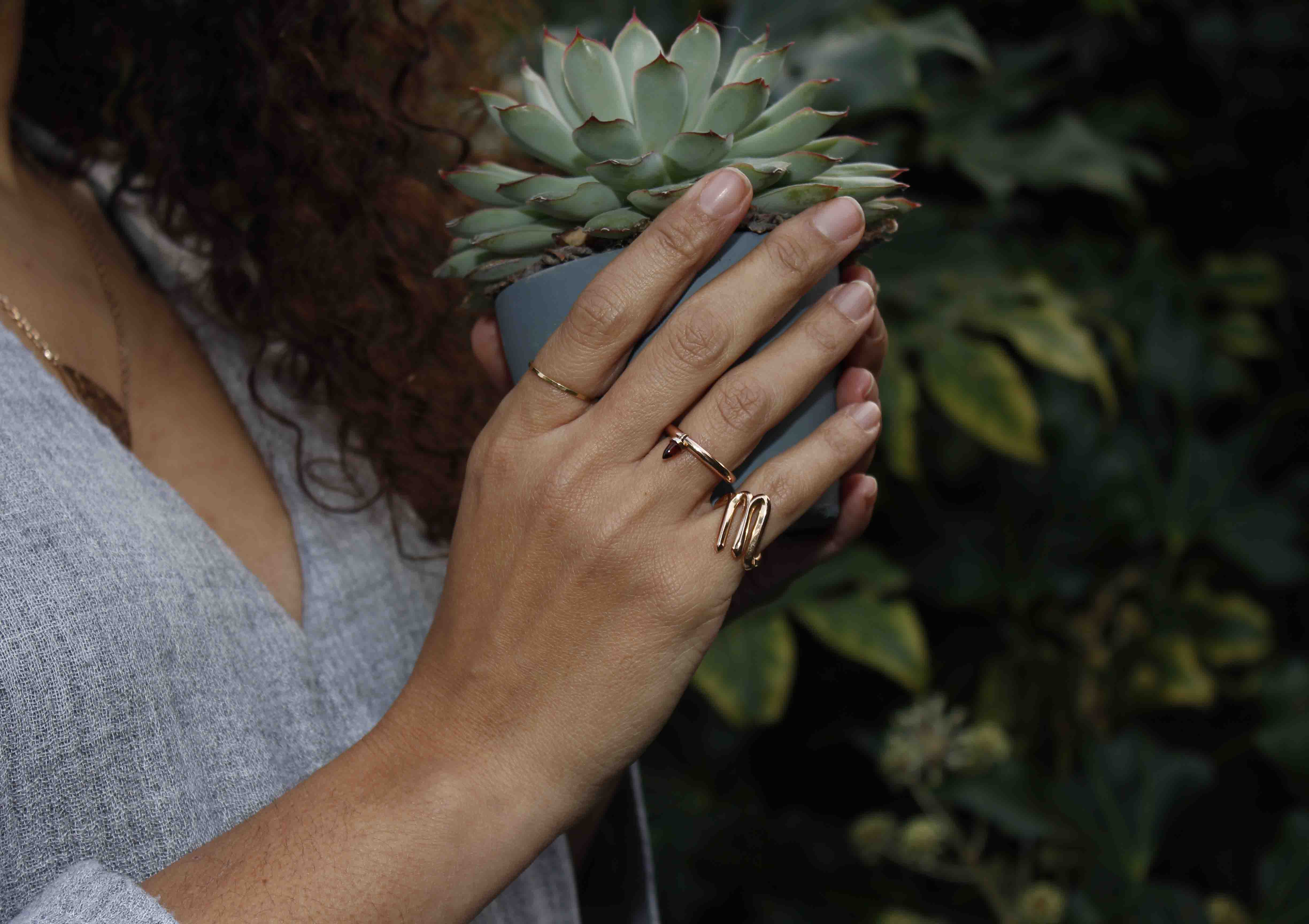 “It was our dad actually,” says jewellery designer Bex Condon, of her and her sibling Max’s first introduction to jewellery. “Our dad was a jewellery salesman for a manufacturing company – the old-school way of taking a case of jewellery door to door, selling it that way.”

Max and Bex Condon, the siblings behind London jewellery brand MXBX, have their craft in their blood, you could say.

Following in their father’s footsteps, Max and Bex found their own paths into the jewellery world. Max underwent a jewellery course at The Sir John Cass School of Art, Architecture and Design followed by an apprenticeship at a London jewellery manufacturing company. For Bex, it took a particularly beautiful bespoke filigree brooch that Max brought home to turn her head in the same direction as her brother and father.

“I remember thinking, ‘What the hell is this? This is amazing’,” says Bex, who at the time wasn’t finding much joy in the advertising and marketing degree she was studying for at university. “I have always loved jewellery, and I just thought – you know what, I am going to do something I have always wanted to do. So, I went and did a [jewellery] course at Sir John Cass. I was learning a bit of everything.” 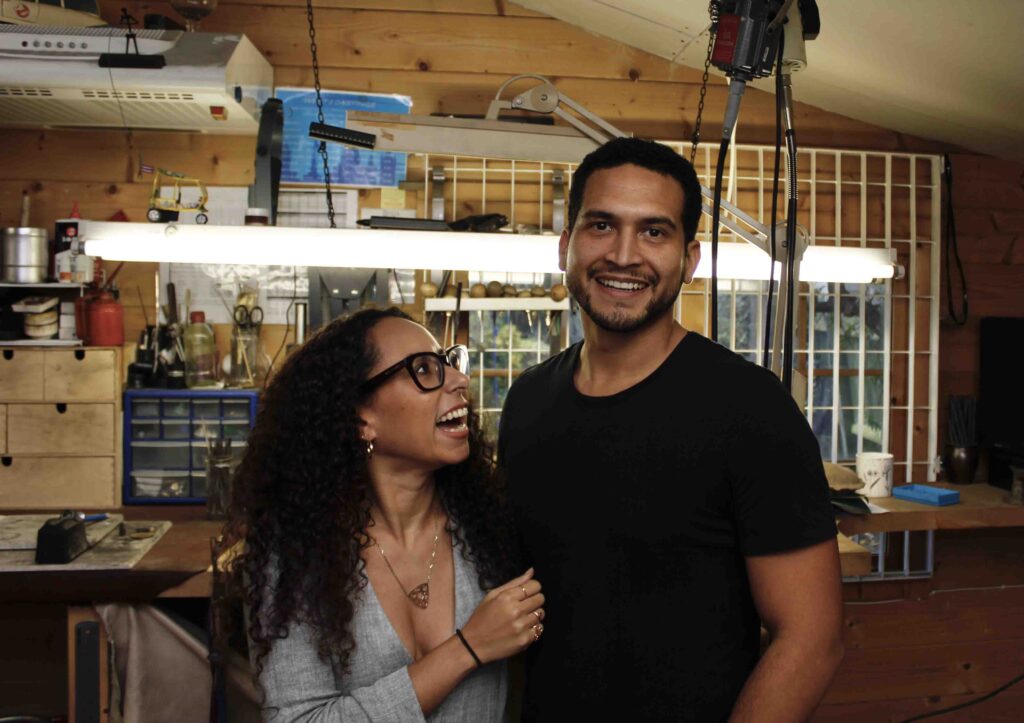 Both siblings went on to work for high-end jewellers, with Bex working for a company in London’s famous Hatton Garden jewellery district that made jewels and wedding rings for the likes of David Morris and Boodles. Max, meanwhile, found himself crafting jewels in the on-site workshop at jewellery boutique Nichols Jewellers in London’s Teddington.

During this time, Bex had been harbouring desires to make everyday jewellery in a modern style that would be matched with high-quality craftsmanship. Then, when she put work on pause to have her daughter, she felt it was a chance to give launching a jewellery business with Max a shot. “I think we always wanted to do something together, we just needed to find out what we were good at,” says Bex.

With everything an organic process between the two of them, the merging of their names seemed like the most natural thing to do. And so, in 2015, MXBX was born; a summation of two visions in perfect familial balance. 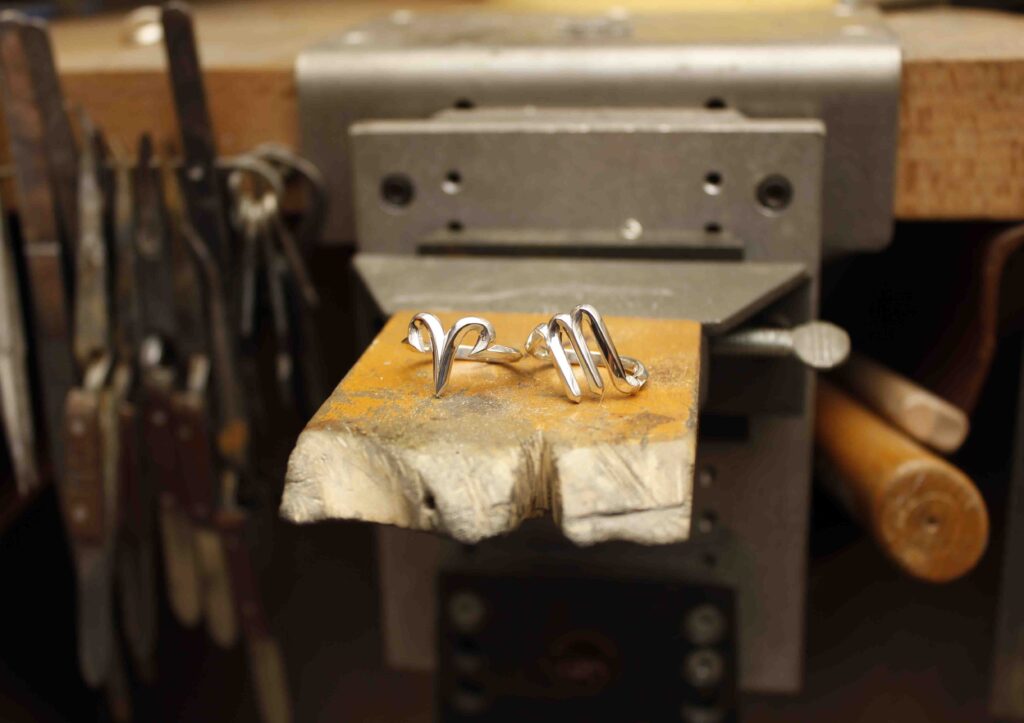 A meeting of minds, and skills

Bringing both careers, experience and skills to the table, the mechanism of construction falls into goldsmith Max’s interests, while the design falls primarily with Bex. Summarising the work responsibility as a bit like that of a builder and an architect, the emphasis is on the importance of each role to the other: the value of teamwork and collaboration. “Everything we make is an organic process between the two of us,” says Max. “We are a mesh; we are brother and sister, and everything comes from both of us.”

For MXBX, the idea of jewellery as totemic but also affordable resulted in the launch of a brand that places as much focus on quality as it does symbolism. “Jewellery is like a talisman,” says Bex. “It shouldn’t just be throwaway. We want our jewellery to be affordable, but most important we want it to last, and for people to have these things for years. That is something that is a core value for us.”

MXBX has launched jewellery collections that range from the Cuts series that pays tribute to the beauty of the geometric facets of a diamond to the Zodiac collection that captures astrological signs in silver or gold vermeil. It also offers bespoke jewellery and sells a selection of revamped vintage jewellery finds. 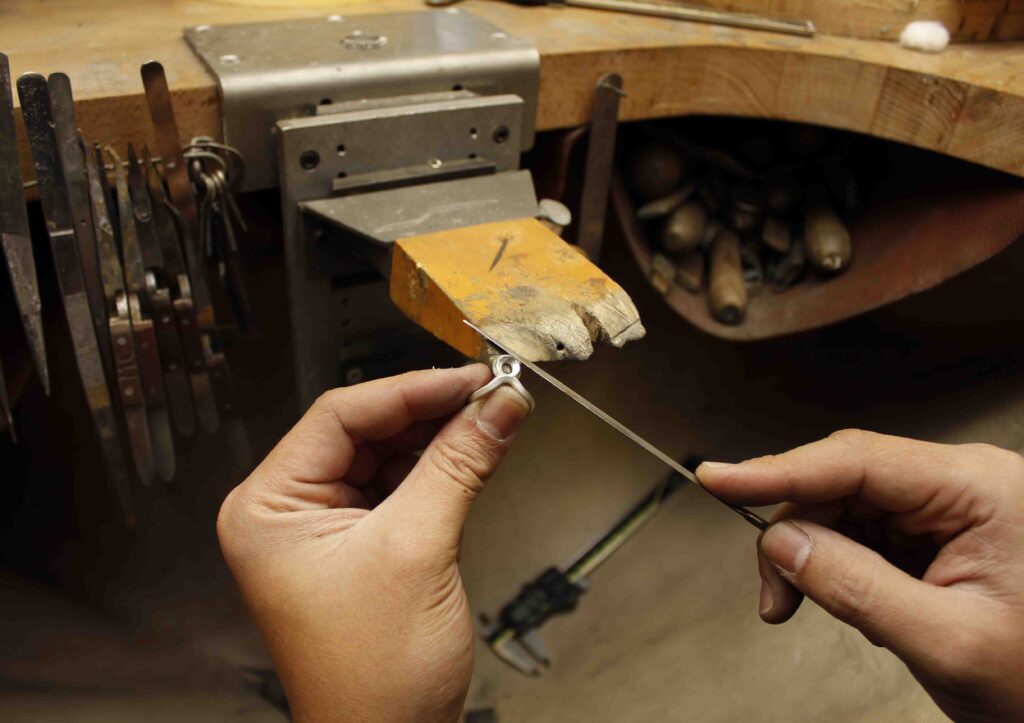 All MXBX jewellery is made by hand in London

To keep its jewellery affordable – it’s made-to-order Zodiac rings start at just £75 – much MXBX jewellery is made in silver, with lashings of gold plating to offer rose and yellow gold colourways. Moving forward, however, Max and Bex would like to create more solid gold jewellery, especially as they have plans to introduce more gemstones to the MXBX collections – gold is a harder metal than silver, and as such is better suited to setting gems.

“Gold is such a lovely metal to use and work with, and it also has healing properties,” says Bex, who adds that any future collections would use Fairtrade gold or recycled gold. “At the moment, the metal is the focus; making a really cool design or pattern, so you are attracted to the shape of it, rather than something simply with a massive gem in it. However, we will be exploring stones more, married with the design of the metal.”

Setting up in business with your sibling is always a gamble, but when it works, the results can be magical, and for this brother-sister jewellery duo, their brand benefits not only from their own unique experiences but also their deep familial connection to both jewellery and each other.

Driven by the family history in design and manufacturing, the duo’s fascination with the connectivity of totems, and their passion for the talismanic power of jewellery, MXBX is ethical, accessible jewellery with an edgy, contemporary style that celebrates individuality. 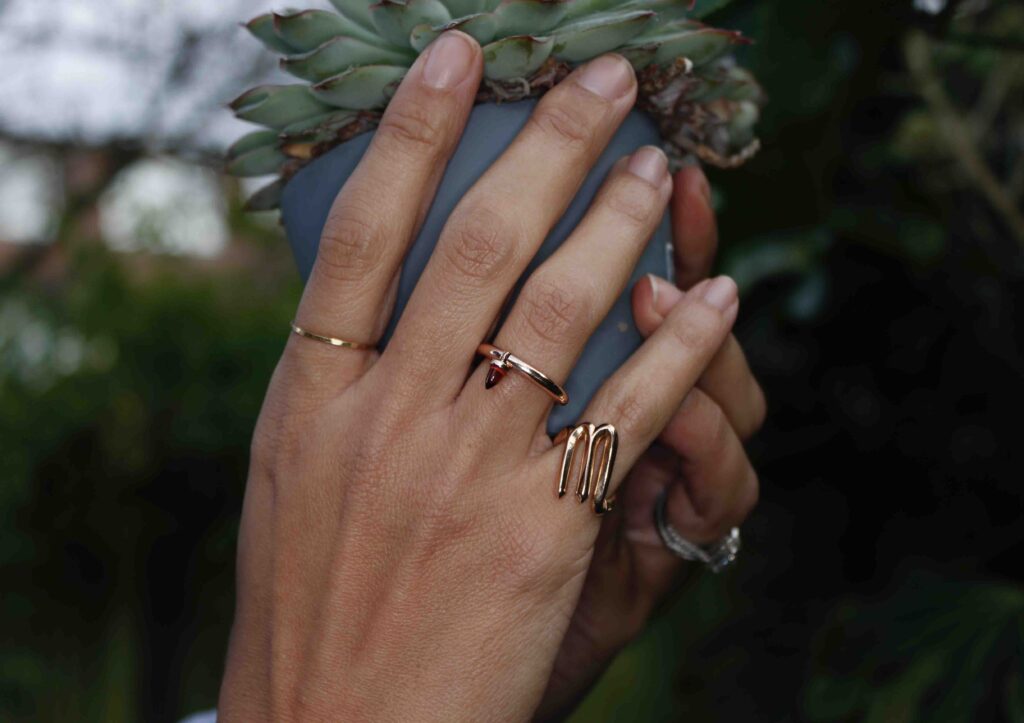 Shop for more MXBX rings at The Jewellery Cut Shop