In the heart of Glasgow, this ethical jewellery designer is obsessing over mathematical musings and the role of feminism in art 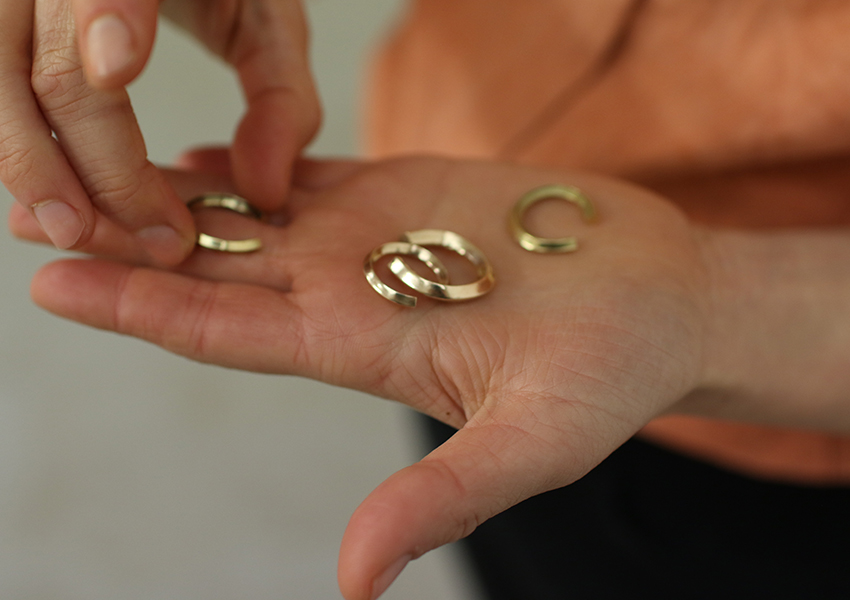 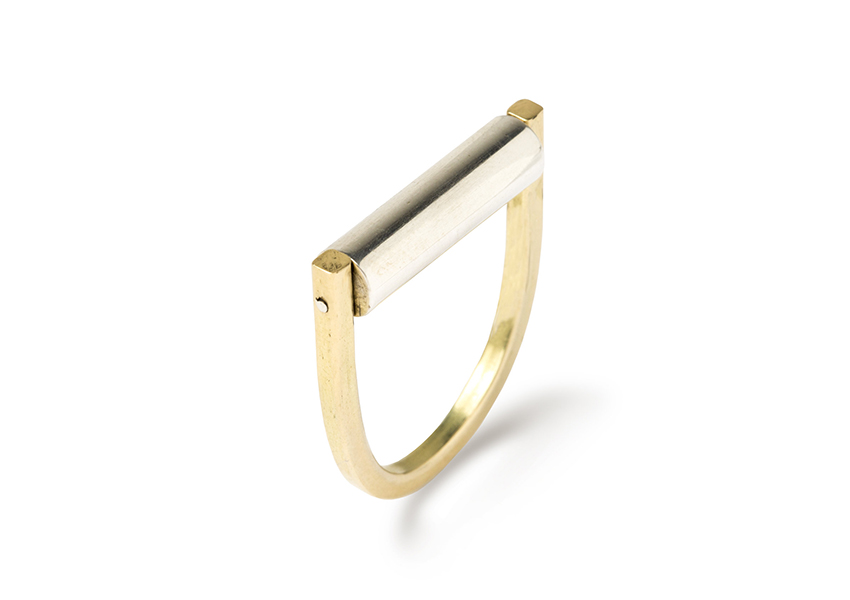 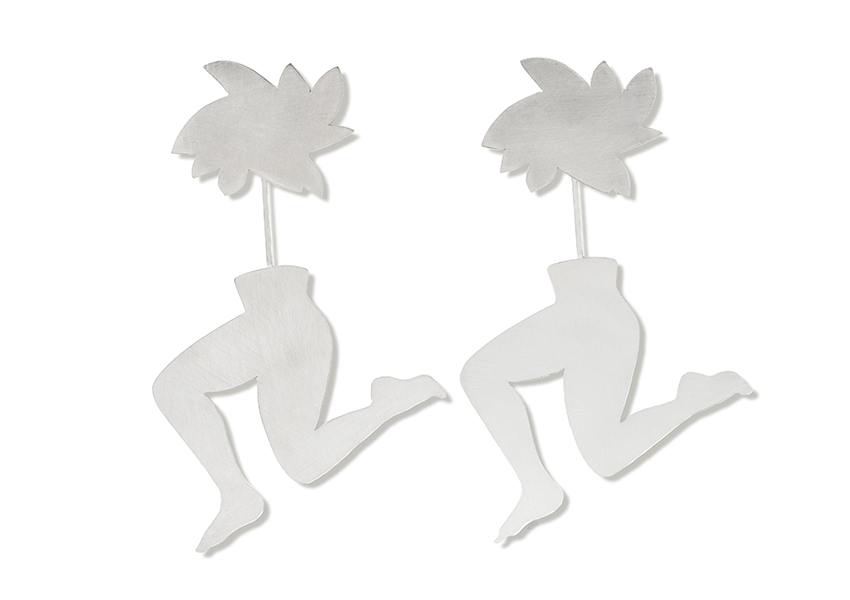 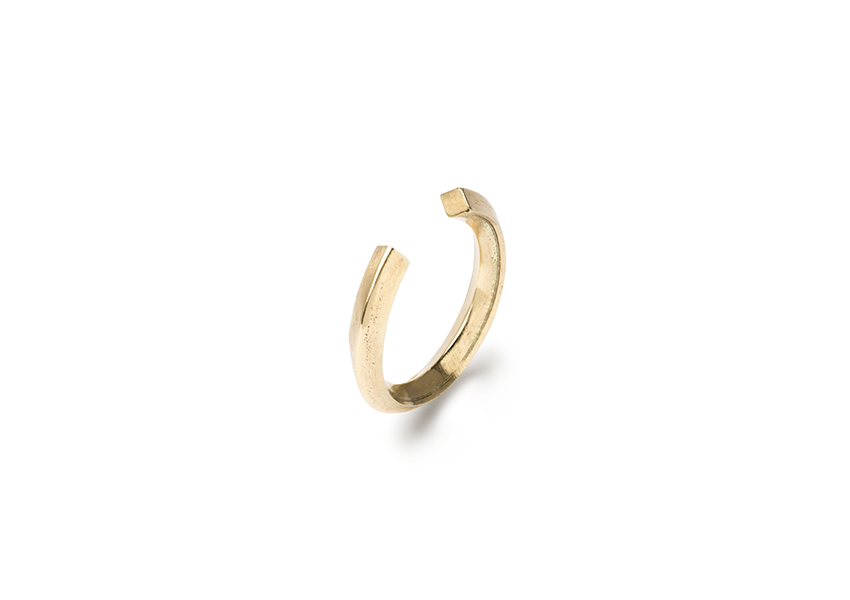 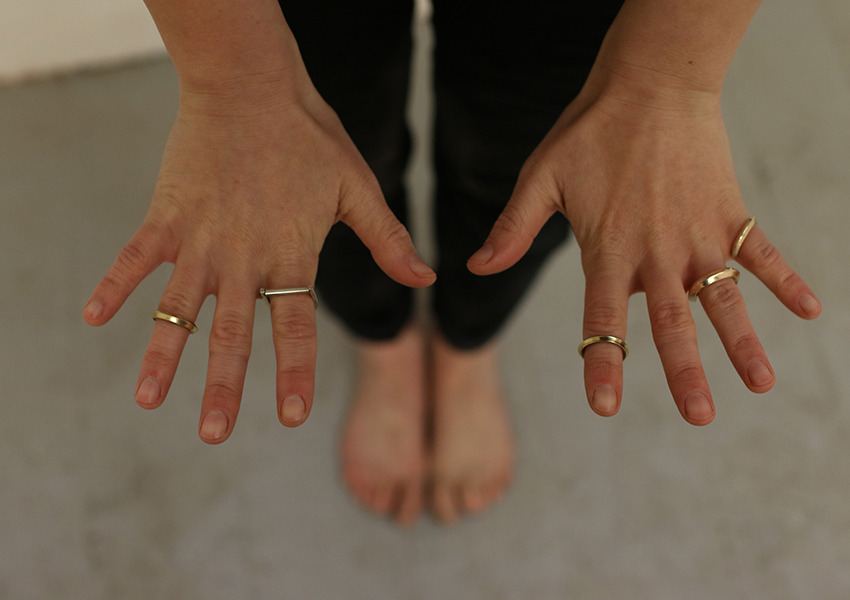 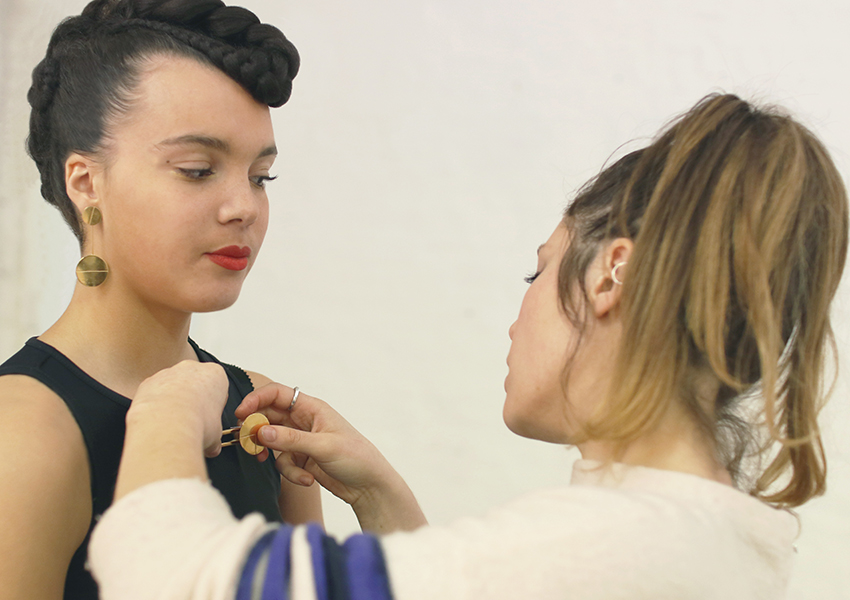 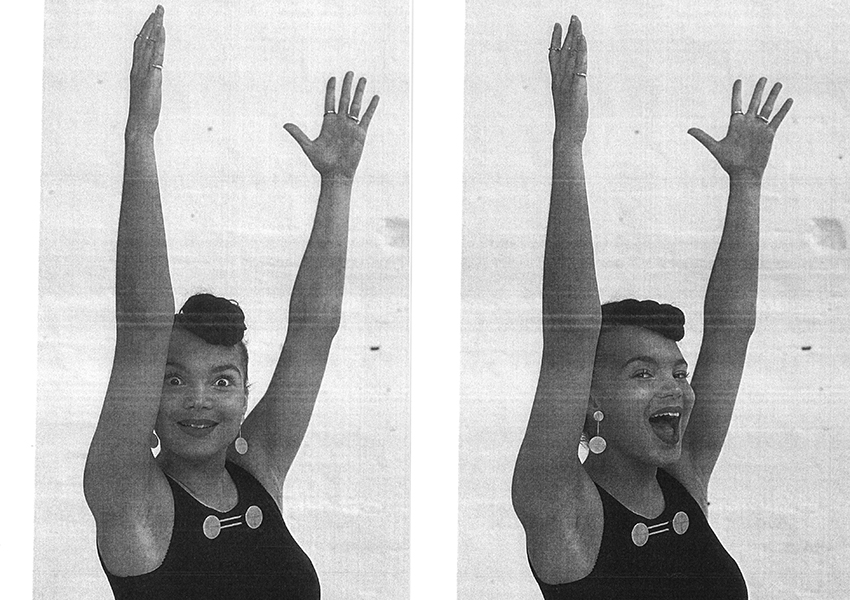 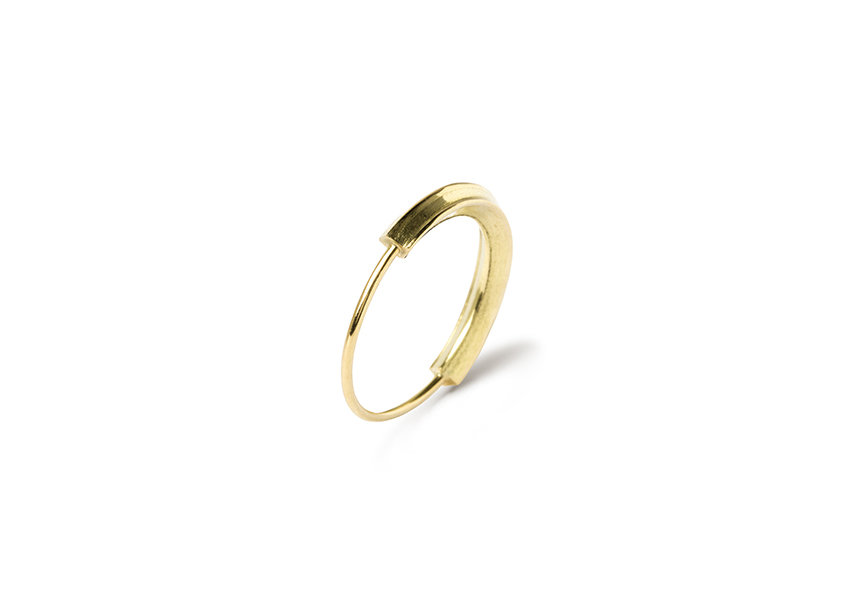 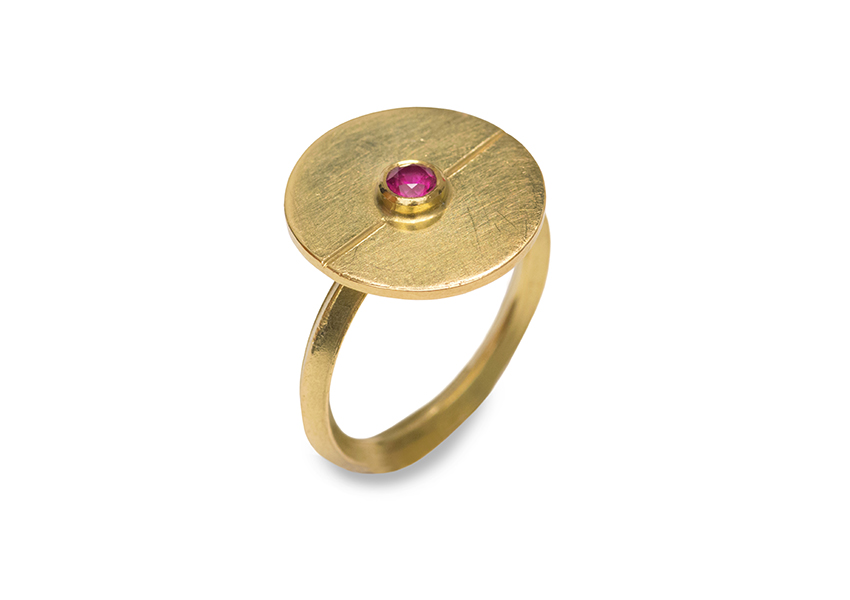 The Briggait, a beautiful building erected in 1873 in Glasgow’s hip Merchant City neighbourhood, was home to the local fish market for a century. Now, it is a bustling hive of creatives, including jewellery designer Soizig Carey.

“There is a great community of independent jewellers in Glasgow,” says Carey, who, in addition to flagging up The Briggait, also points out Welcome Home as a great place to shop for jewellery in the city. At this store within the Centre for Contemporary Arts, as well as Soizig Carey jewels, you’ll also find Alice Chandler’s Wiggle hoops, Kate Trouw’s colourful polymer clay designs, and Look Lauren’s unusual costume jewels that make use of alternative materials such as buffed granite.

Carey’s own work – large statement earrings and temptingly stackable rings crafted in silver and 18ct or 9ct gold – is, she says, “inspired by early modernist design and architecture, graphics and narratives”. “I’m fascinated by ancient craft and the stories behind objects,” continues the designer, who studied her own craft at Edinburgh College of Art. “I can get quite obsessed with specific images, shapes and objects, which then translate into pieces.”

What recently has her mind on loop is the work of Bruno Munari, the Italian artist, designer and inventor whose graphic designs spearheaded the 20thcentury Italian Futurist movement, and the geometric sketches of Romanian mathematician and philosopher Matila Ghyka. “Each explores geometry in art and nature and visual case studies of shapes,” explains Carey, who makes all of her jewels by hand in her Glasgow studio using ethically sourced materials, such as Fairtrade gold and recycled precious metals.

There is a quote by Munari that particular captivates her: “The circle is related to the divine: a simple circle has, since ancient times, represented eternity, since it has no beginning and no end.”

This obsession with Munari and Ghyka led to the latest Soizig Carey jewellery collection, Estética. It explores circles in various forms: hanging co-centrically with slashes halving and quartering them in statement earrings; elongating into cylinders that create spinning tubes atop rings. The concept is a simple one, but it is executed with brilliance, which is why the Soizig Carey Estética jewellery collection has been chosen to be part of The Jewellery Cut and The Goldsmiths’ Company’s collaborative Christmas Jewellery Pop Up Shop at Mare Street Market at the end of this month.

Another source of inspiration for Carey is women, and at the basis of all her designs is a desire to celebrate the female form. One of her most striking designs are the Madame earrings that dangle shapely legs from ear lobes. These were made as part of a collaboration between the jeweller and Glasgow stationer Risotto Studio for the city’s O-Pin art-jewellery festival.

Her next collection, which she is working on between a number of “exciting” private ring commissions, will be another collaboration titled Muse Not Maker. “It’s a collaborative project devised by myself and illustrator Alice Dansey-Wright responding to themes of archetypes in art, art and feminism, art and design crossover, accessibility, female status in art, and activism in art,” says Carey. “It is a collection of jewellery, set design and provocations – readings and performances – commenting on the status of women in art.”

You can see the work of Soizig Carey at The Goldsmiths’ Company and The Jewellery Cut’s Christmas Pop Up Jewellery Shop at Mare Street Market, with prices for her jewels starting at £75. The pop-up shop will run from November 29th to December 17th. 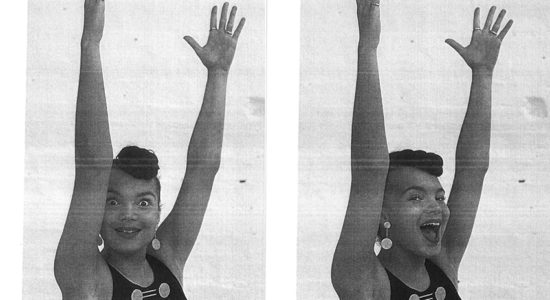 Contemporary jewellery brand Soizig Carey is based in Glasgow 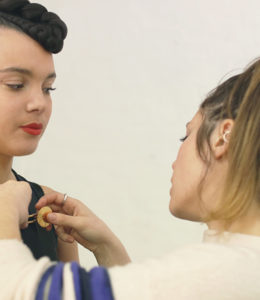 Behind the scenes of a Soizig Carey photoshoot 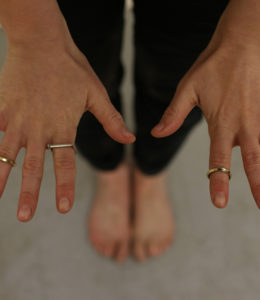 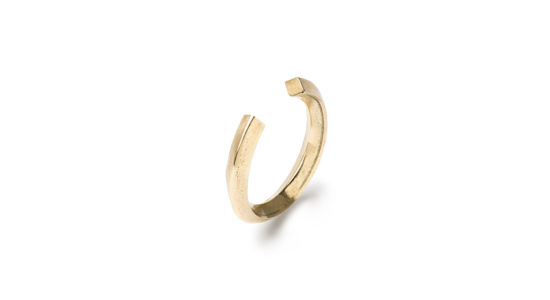 I can get quite obsessed with specific images, shapes and objects, which then translate into pieces

A selection of rings by Glasgow-based jeweller Soizig Carey

A selection of rings by Glasgow-based jeweller Soizig Carey

Contemporary jewellery brand Soizig Carey is based in Glasgow

Behind the scenes of a Soizig Carey photoshoot