Questions about Fabergé? We have answers

Bonhams Russian art expert Sophie Law answers some of your burning questions, including – where can I see Fabergé eggs in the UK? 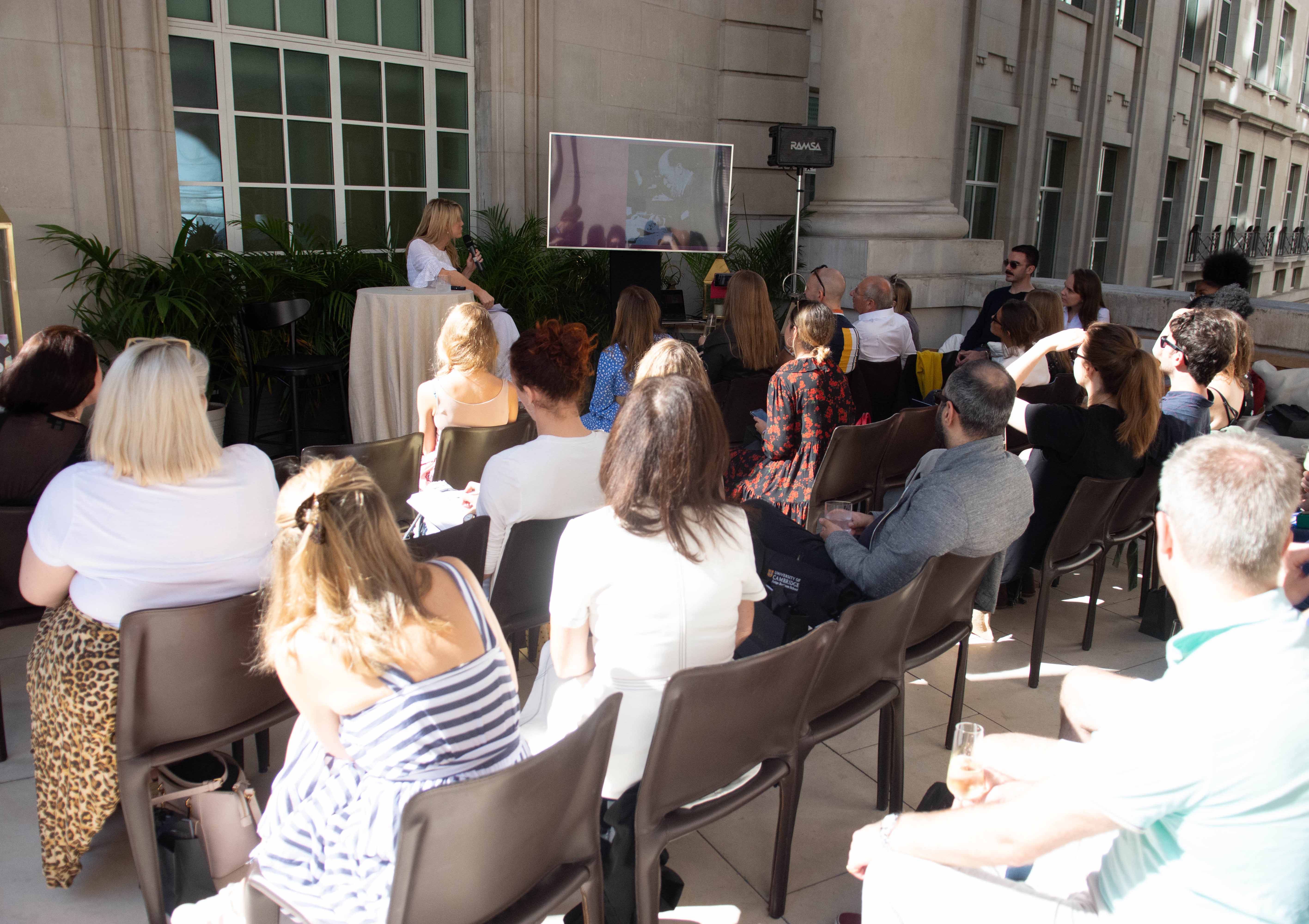 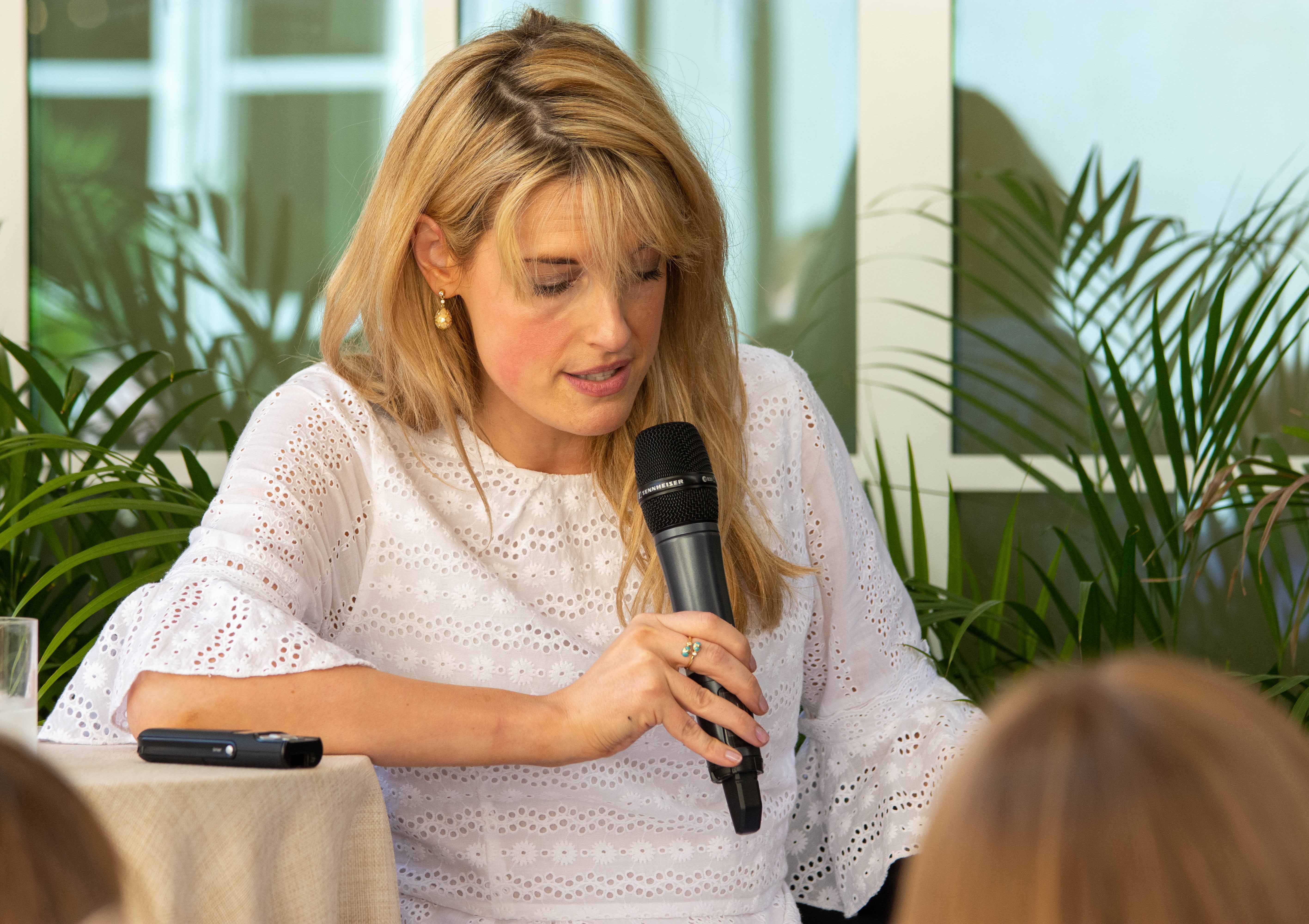 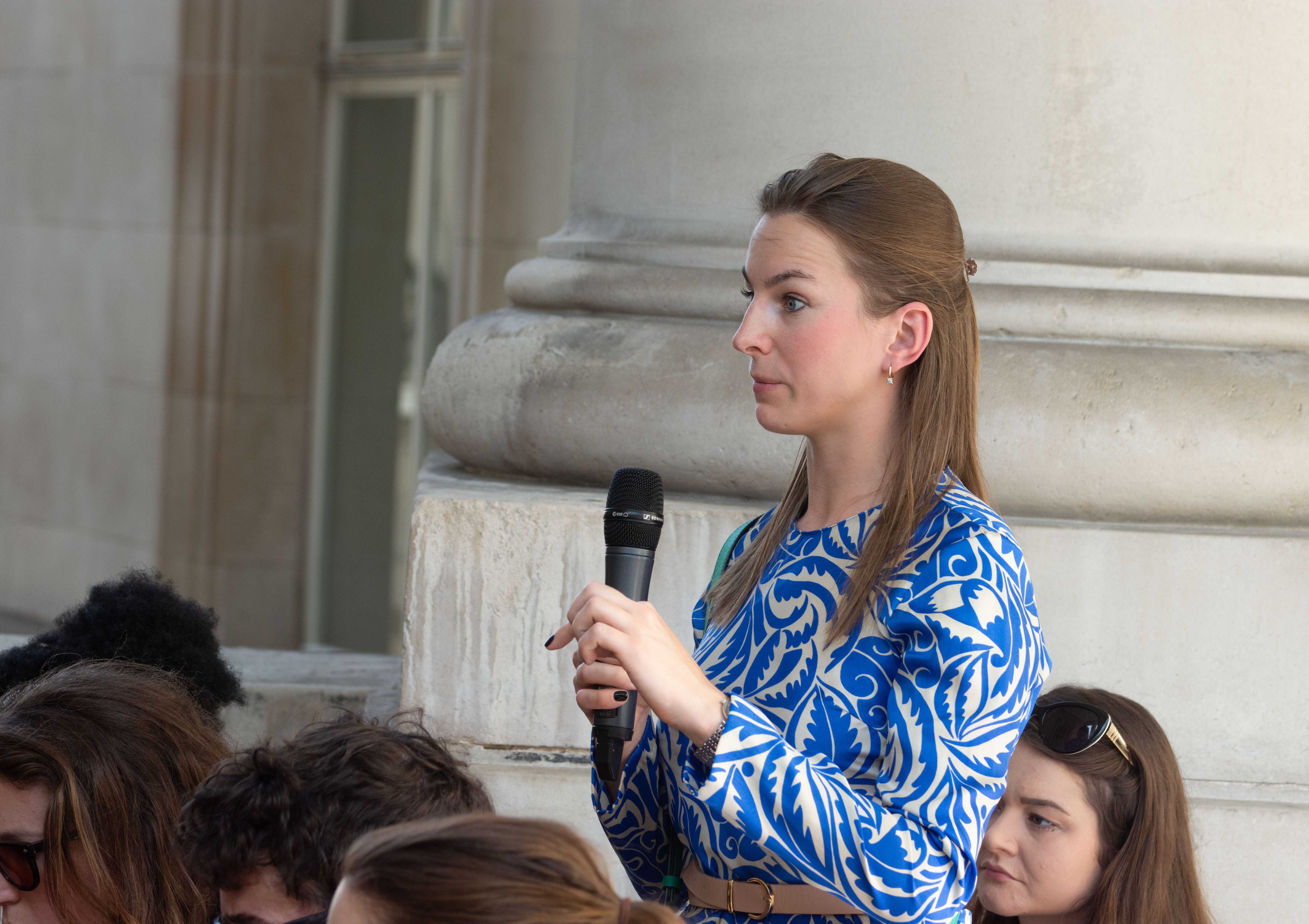 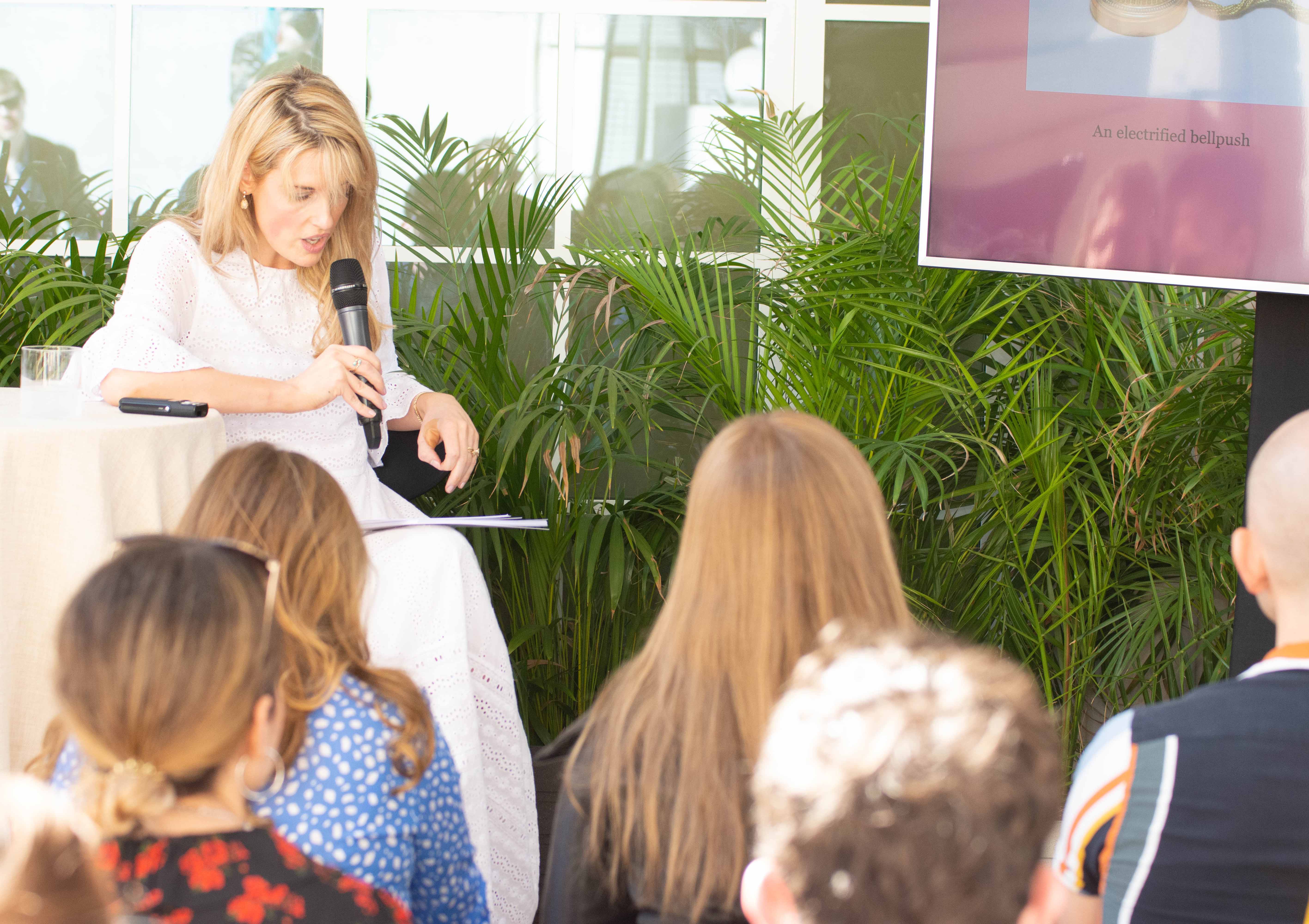 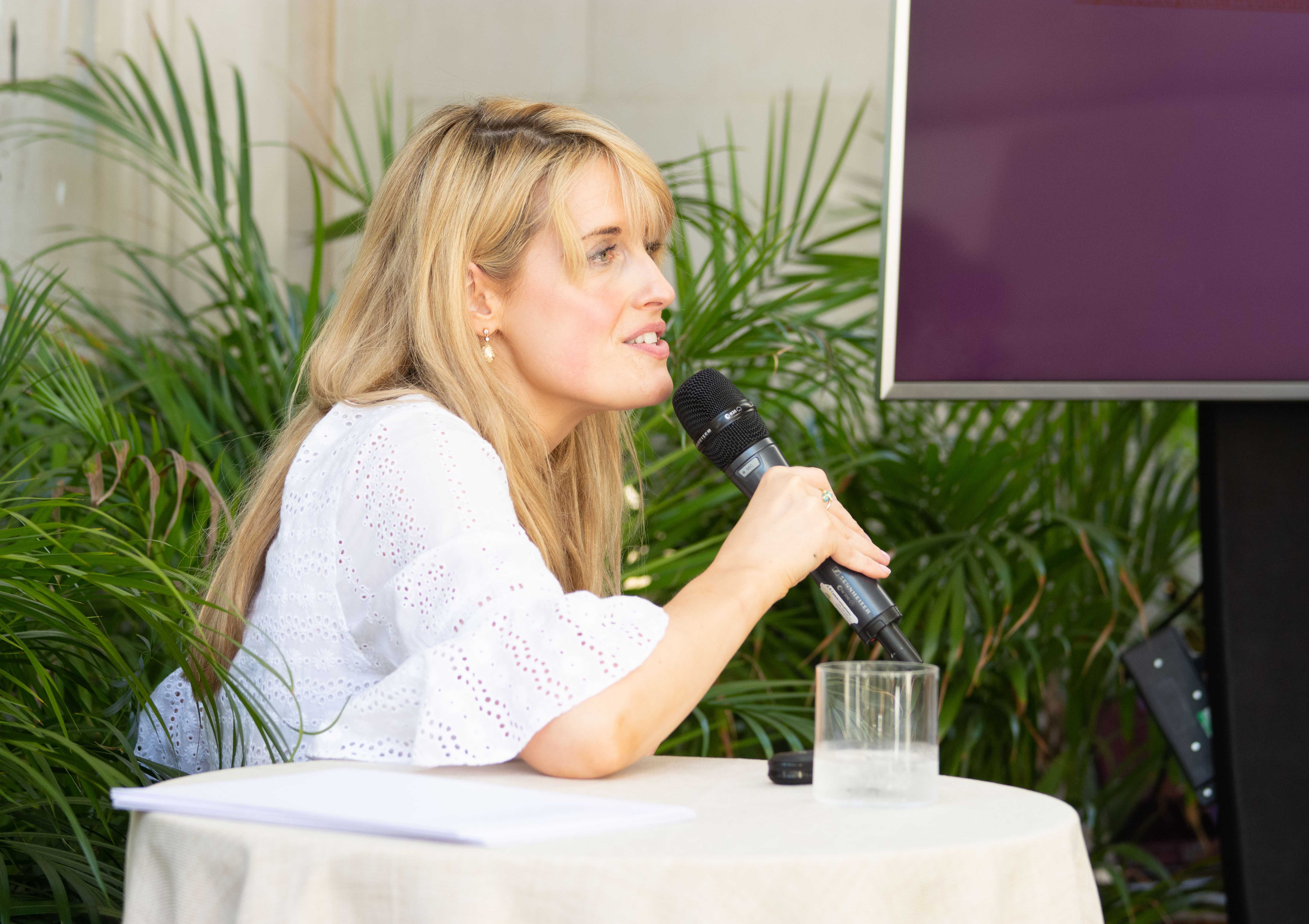 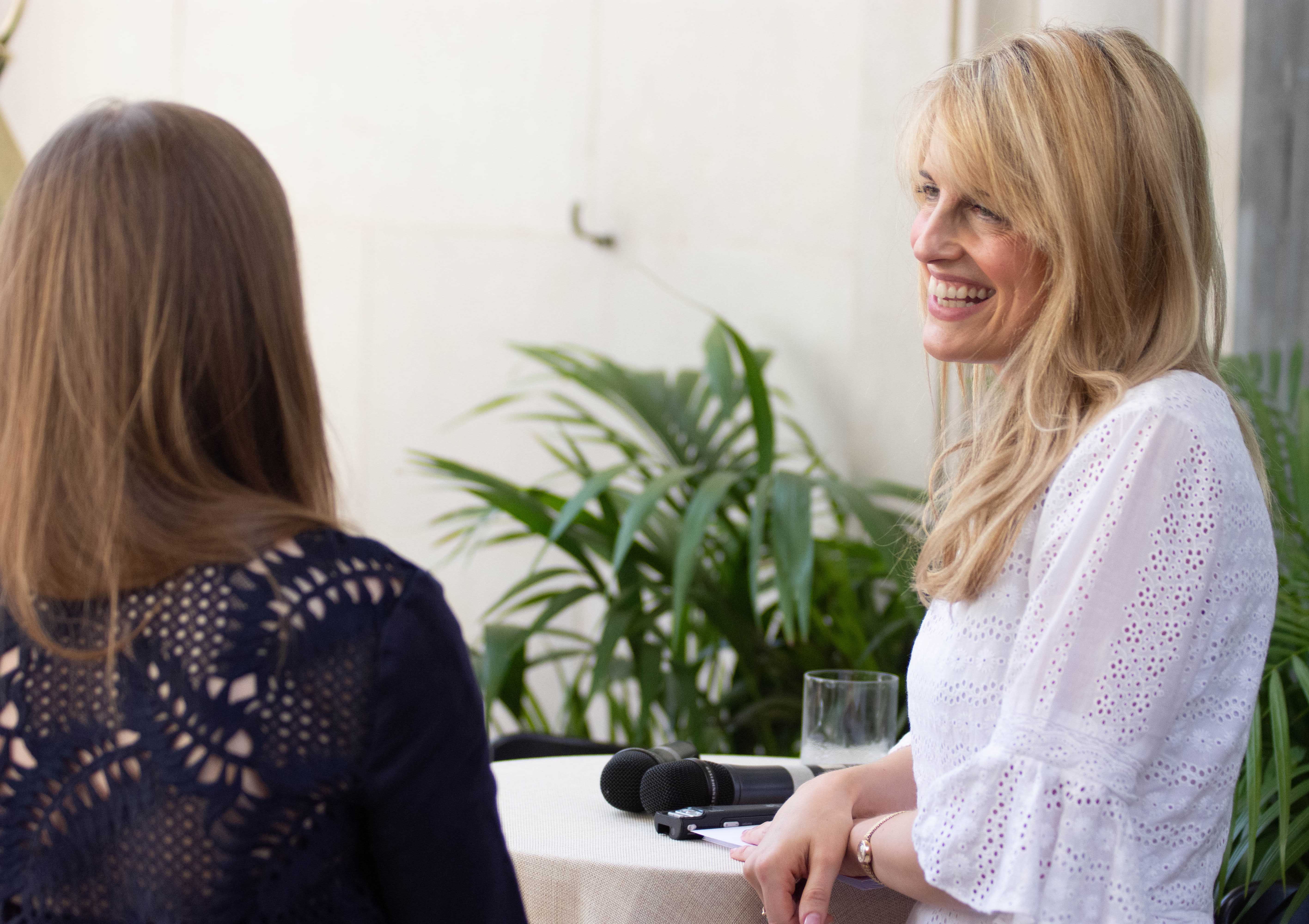 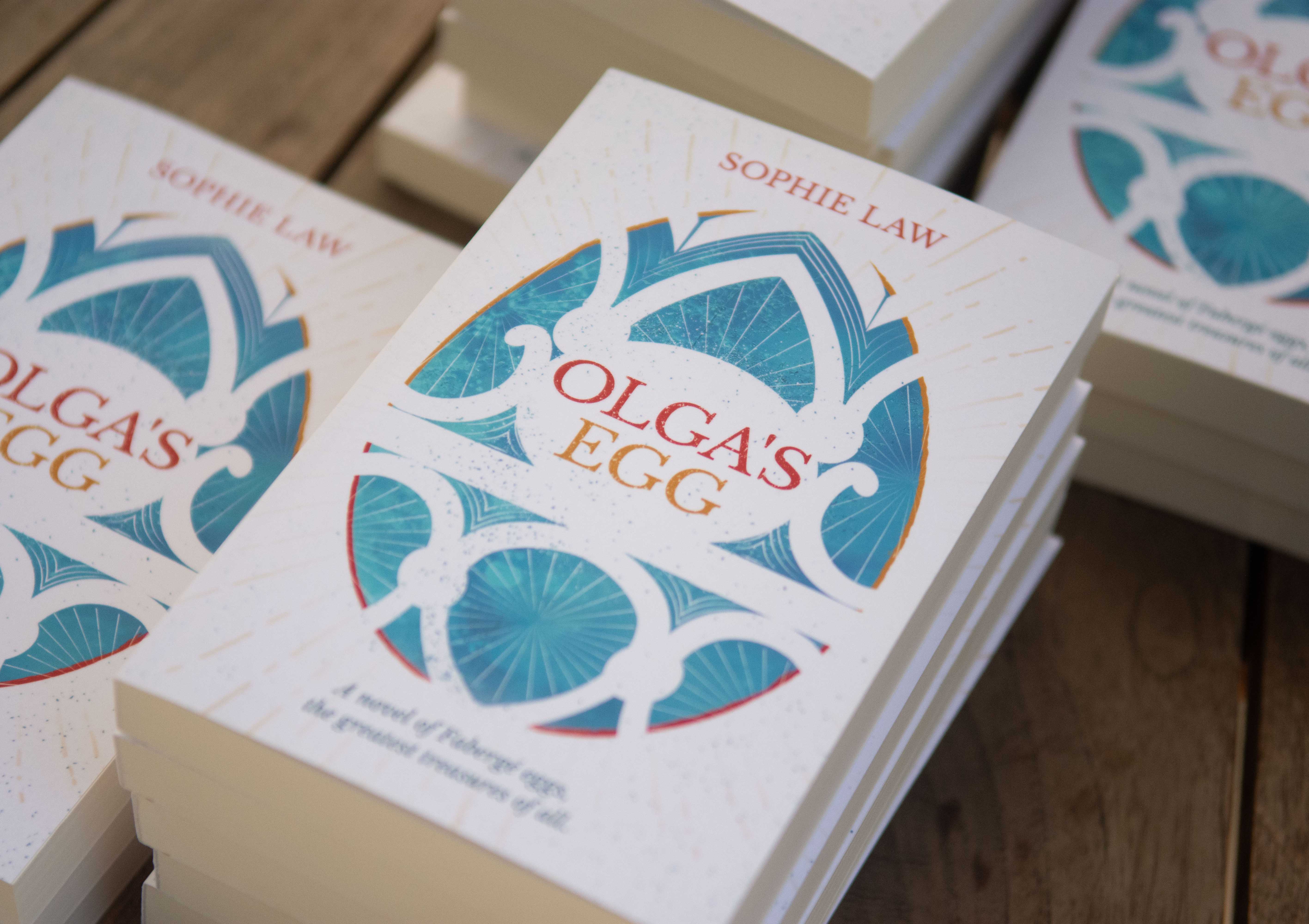 At The Jewellery Cut Live in September, Bonhams Russian art expert Sophie Law joined us to share her expertise on Fabergé, the famous purveyor of jewels and enamelled eggs that she described as “the Russian fairytale, and undoubtedly the greatest cultural export of Russia”.

In the sunshine, out on the balcony of Hotel Café Royal’s Pompadour Room, a select group of guests listened, glass of fizz in hand, as Law, who is also the author of Olga’s Egg, a fictional tale about the discovery of a long-lost Fabergé egg, delivered a talk that she had titled The Firm, Fanatics, Fakes and Finds.

She started with an explanation of just who the founding members of the Fabergé family were. “The Fabergé family is French, as you can tell it’s a French sounding name,” she told the audience. “They were Huguenots and left France in the 17th century and started to move across Eastern Europe. The firm itself was founded by Carl’s father, Gustav, in 1842 and he opened the first shop in St Petersburg. There was nothing remarkable about the firm at the time, nothing to suggest that it would become the firm that it did. And really, the key to Carl Fabergé was in his education.

“His father retired to Dresden in the 1860s and Fabergé went there and around Europe in the 1860s as well – and there, he became very closely acquainted with the Green Vaults in Dresden, which had a historical collection. He was also an apprentice to a goldsmith in Frankfurt called Joseph Freidman and that was where he learnt how to run a business.

“He toured Paris, London and much of Italy and, the key thing about his tour of Europe was that he was exposed to new trends as well as to historic collections. In 1862, Fabergé went with Freidman to the World Fair in London where it was the first time he saw French enamel, which he would later interpret and produce with his own firm. In 1872, he took over the management of his father’s shop in St Petersburg.”

The talk wound on through the great heights scaled by Peter Carl Fabergé to and the impact of the Russian revolution. Law also spoke about modern-day Fabergé and her work at Bonhams, and the fraudsters trying to pass fake eggs as real Fabergé.

At the end of the session, guests were rapt and had questions of their own about the fascinating world of Fabergé. Here are five questions that were asked by our guests and answered by Law.

You mentioned that it took six months to one year to produce the eggs. Why did it take so long?

“It was a collaborative effort. So you’d have the enamellers, the goldsmiths, and very often a hard stone base and then the surprise, so it took a long, long time because they were absolute pieces of perfection. If something was not up to his standards, it has been recorded that Fabergé himself would just smash it with a hammer. Trying to keep him, and his standards of perfection, satisfied took a long time.”

I was going to ask about the Rothschild egg. Could you tell me something about that?

“That was sold by Christies in 2007. It made only £8.9 million, which doesn’t sound like a lot but it’s not an imperial egg, that would be why. They are all in private collections or in museums, such as the Kremlin Armoury in Moscow, at the moment, so there isn’t the opportunity for them to come up at auction, unfortunately, which is why we must find the seven missing eggs, because we want to know where the story continues.”

Most of the pieces we saw from Fabergé seem to be decorative objects. When did these become wearable jewellery – was it during his lifetime or afterwards?

“He made brooches, as well, and presentation rings and necklaces, which would be given to various visiting dignitaries or by the Tsar or one of his brothers or the Tsarevich. Alexandra Feodorovna, when she became engaged to the Tsarevich, was given a huge pearl sautoir by Fabergé. So he made jewellery on commission, or you could pick some from his catalogue. The pendant eggs, the miniature ones, were given at Easter and women would collect them and wear them in rows. They had been given them from childhood, so there was a huge range of what you could do with Fabergé pieces, certainly.

So, there was a Fabergé shop in London. Does this mean everything was produced in St Petersburg and then shipped to London?

“Certainly, when Edward VII had his Sandringham commission, Fabergé sent some hard-stone lapidaries to Sandringham, but a lot of the pieces were sent to London. In fact, all the Fabergé pieces sent to London from Russia were done so by registered post until 1908. The London branch also had a catalogue, but it was mostly things like frames, cigarette boxes, jewellery, so very typical of the St Petersburg output. It was the Moscow output that was markedly different. Keiran McCarthy of Wartski has written a fascinating book on Fabergé in London, which I highly recommend.”

In this country, where can we actually go and see Fabergé, apart from the Queen’s collection?

I don’t know if you were lucky enough to catch it earlier this year, but at the Russia, Royalty and the Romanovs exhibition at The Queen’s Gallery, which finished in April, the Queen had her three eggs on display, along with a huge amount of Russian art. She has a vast collection of Fabergé. This exhibition is now on display at the Palace of Holyroodhouse in Edinburgh [until November 3, 2019]. Sadly there is no permanent exhibition in the UK. There are lots of eggs in America and in Russia. There are 10 at The Kremlin Armoury in Moscow and many more at the Fabergé Museum in St Petersburg, which is worth seeing. The eggs in England are with the Queen. I think you can make a special request to see them, but I am not sure how many hoops you would have to jump through.”