Inspired by lucky Chinese coins, the jewels use round discs of white jade contrasted by bright coloured gemstones and diamond pavé 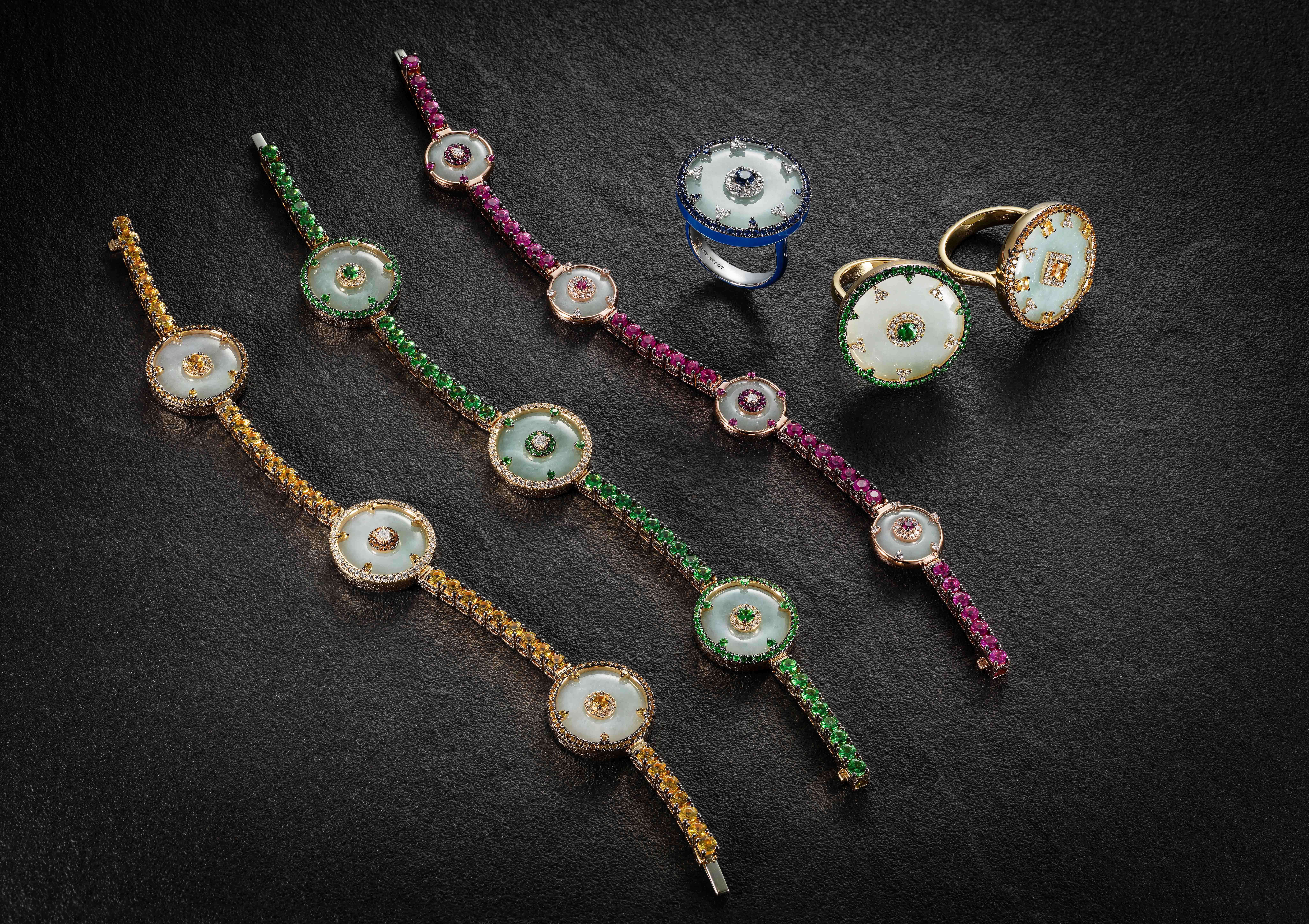 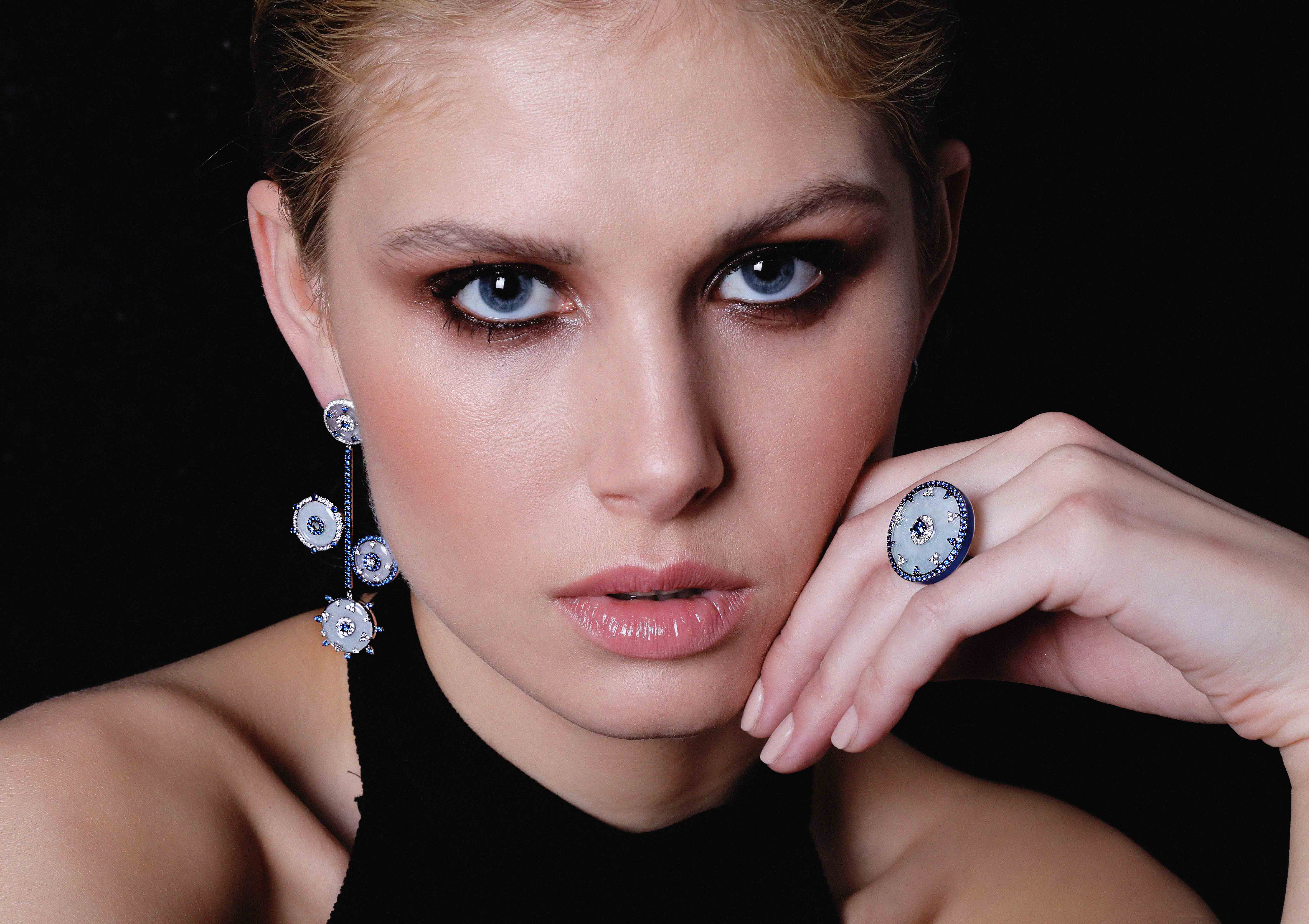 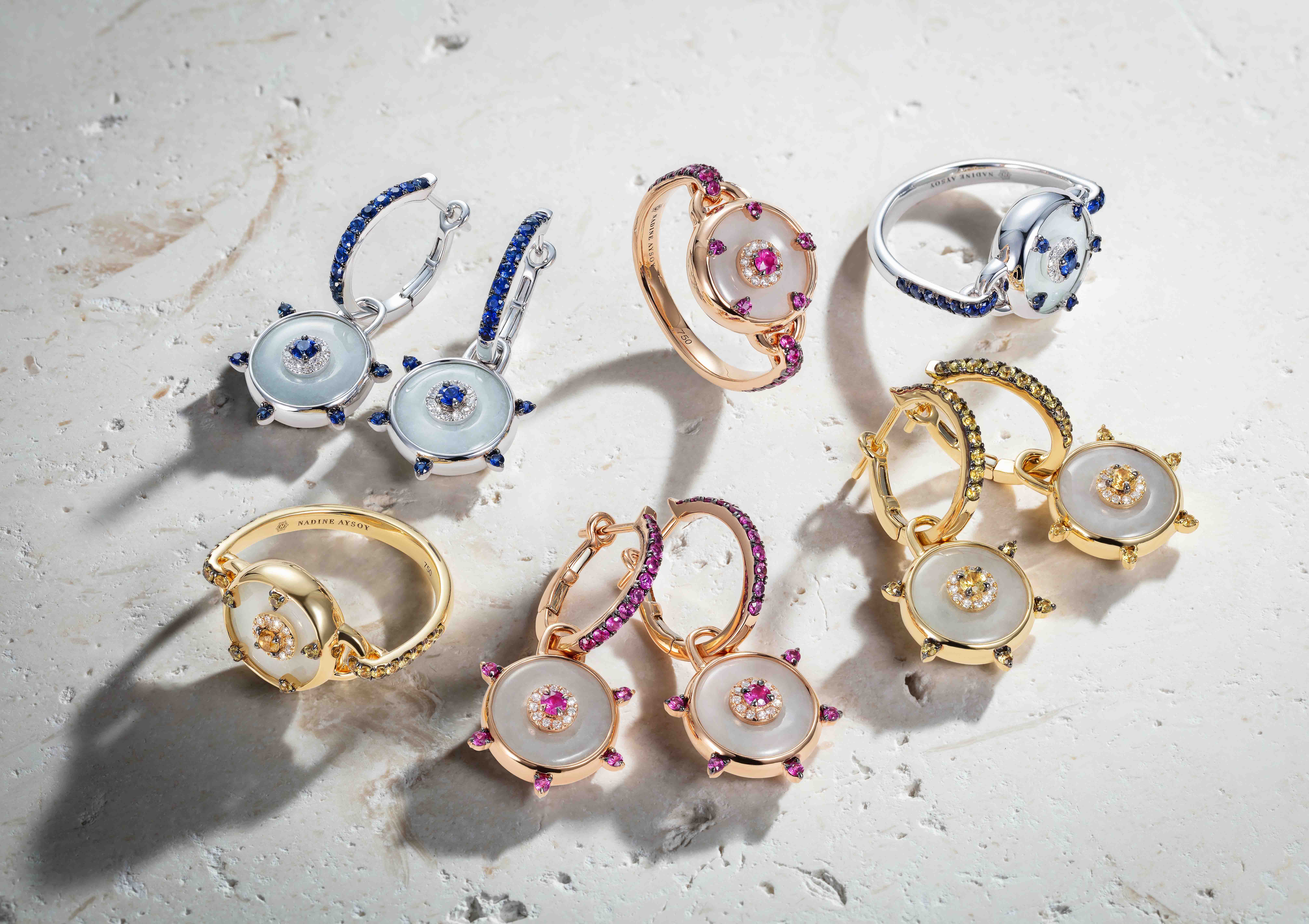 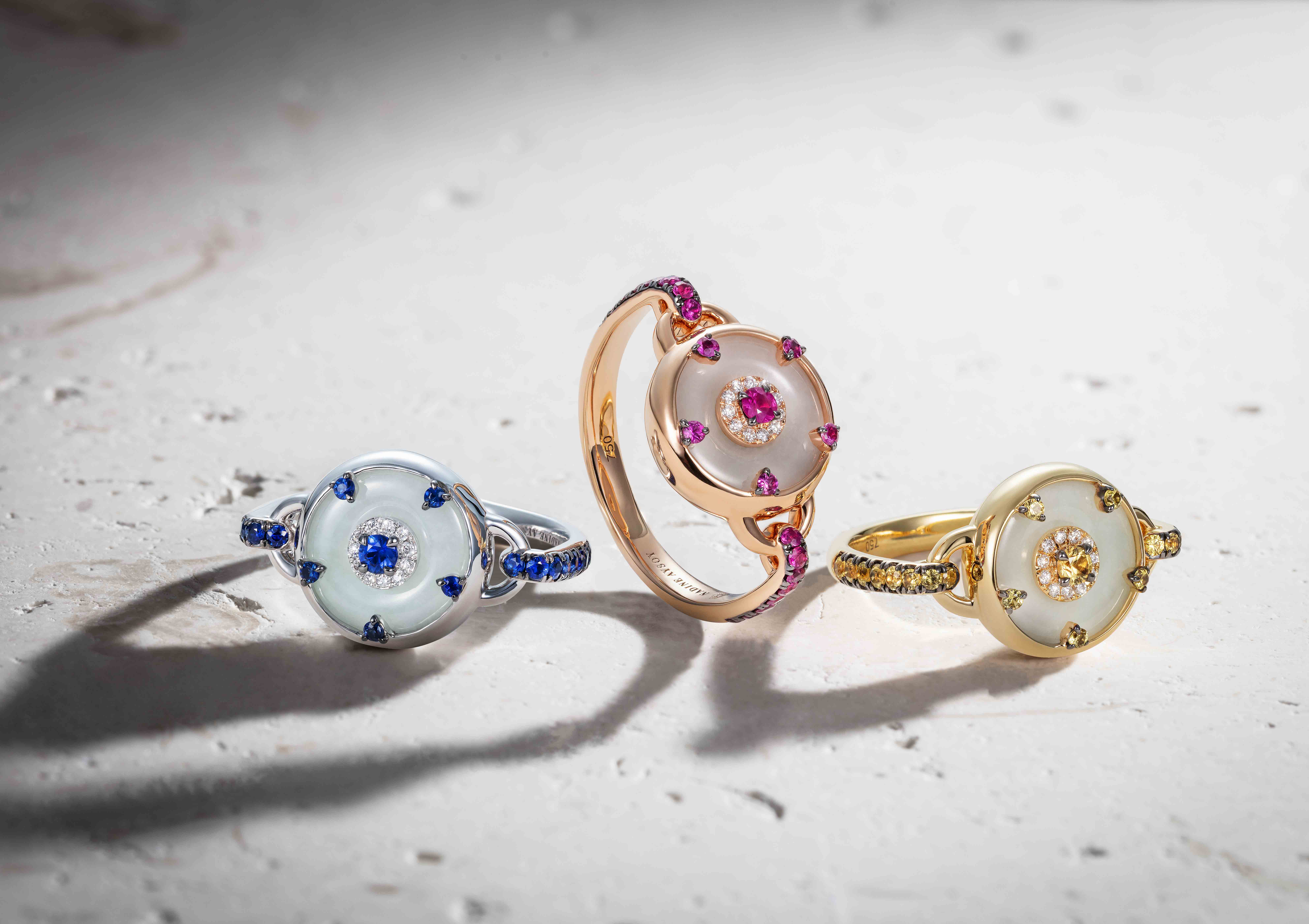 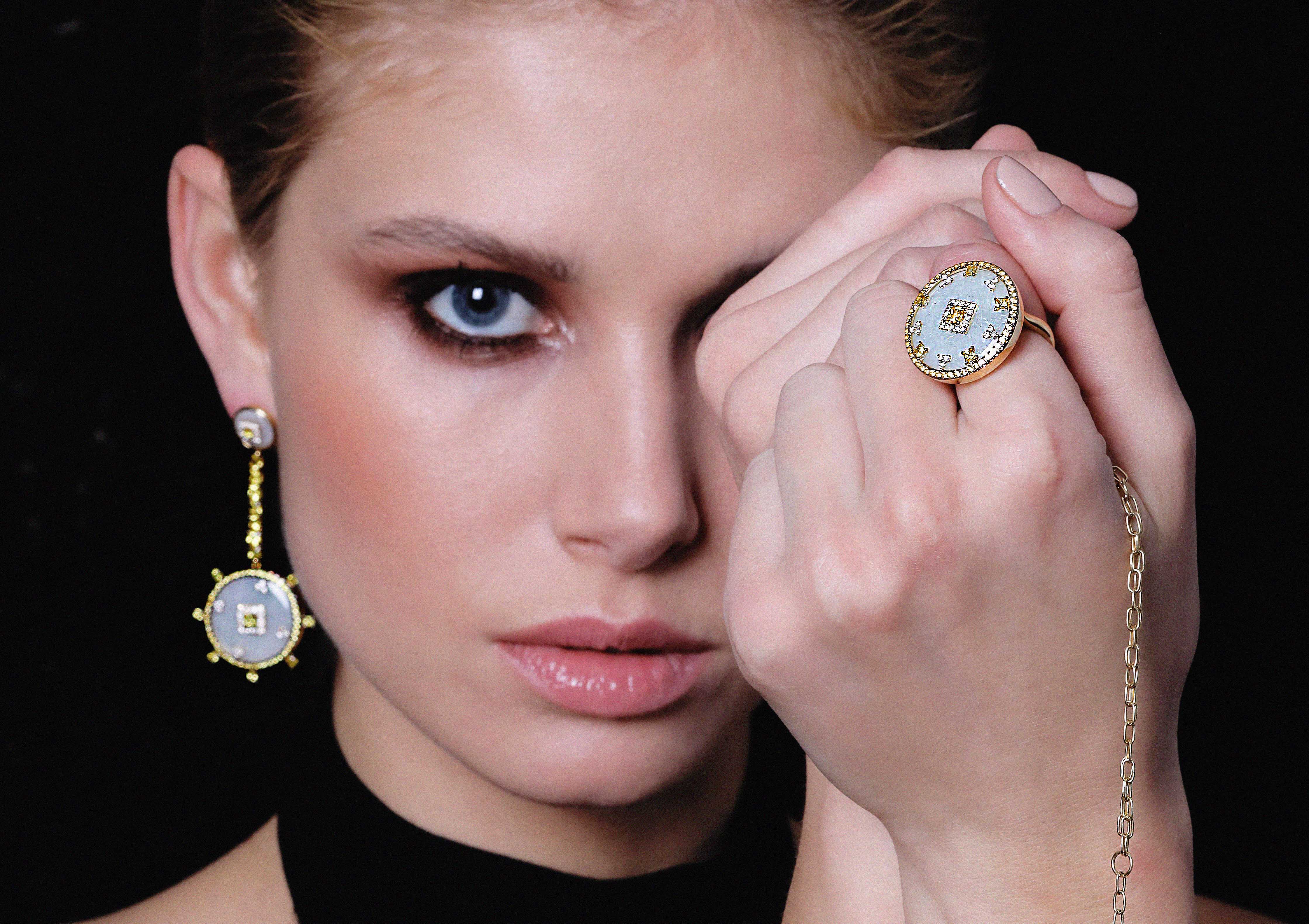 “I’ve been using white jade and combining it with coloured stones as it’s non-traditional and more contemporary,” says founder and designer Nadine Aysoy, who was named New Designer of the Year at the Retail Jeweller UK Jewellery Awards 2018. “People usually use green jade, but I stayed away from the green, and the other colours, because I find them to be kitsch.”

As well as its ancient connection to Chinese culture and its apparent healing powers – jade is said to be able to calm the mind – Aysoy also chose to work with white jade as she believes it taps into the current jewellery trend for enamel, but in a more precious way.

Within the expanded Nadine Aysoy Celeste lines are new ring and earring styles, as well as more petite versions of the designs, such as earring huggies set with sapphires and diamonds.

“The Tsarina is the most recognisable collection I have, but the Celeste collection is the one that will become iconic,” says Aysoy.

Nadine Aysoy will be taking part in The Jewellery Cut Live on September 15th& 16th, 2019. Book your free ticket to the London Fashion Week event, which will be held this season at the Café Royal on London’s Regent Street, by registering here.