Meet the most famous diamond family in the world

Lita Asscher shares family secrets, from how her forefather really brought the world’s largest diamond across the seas to plans for a new Asscher cut 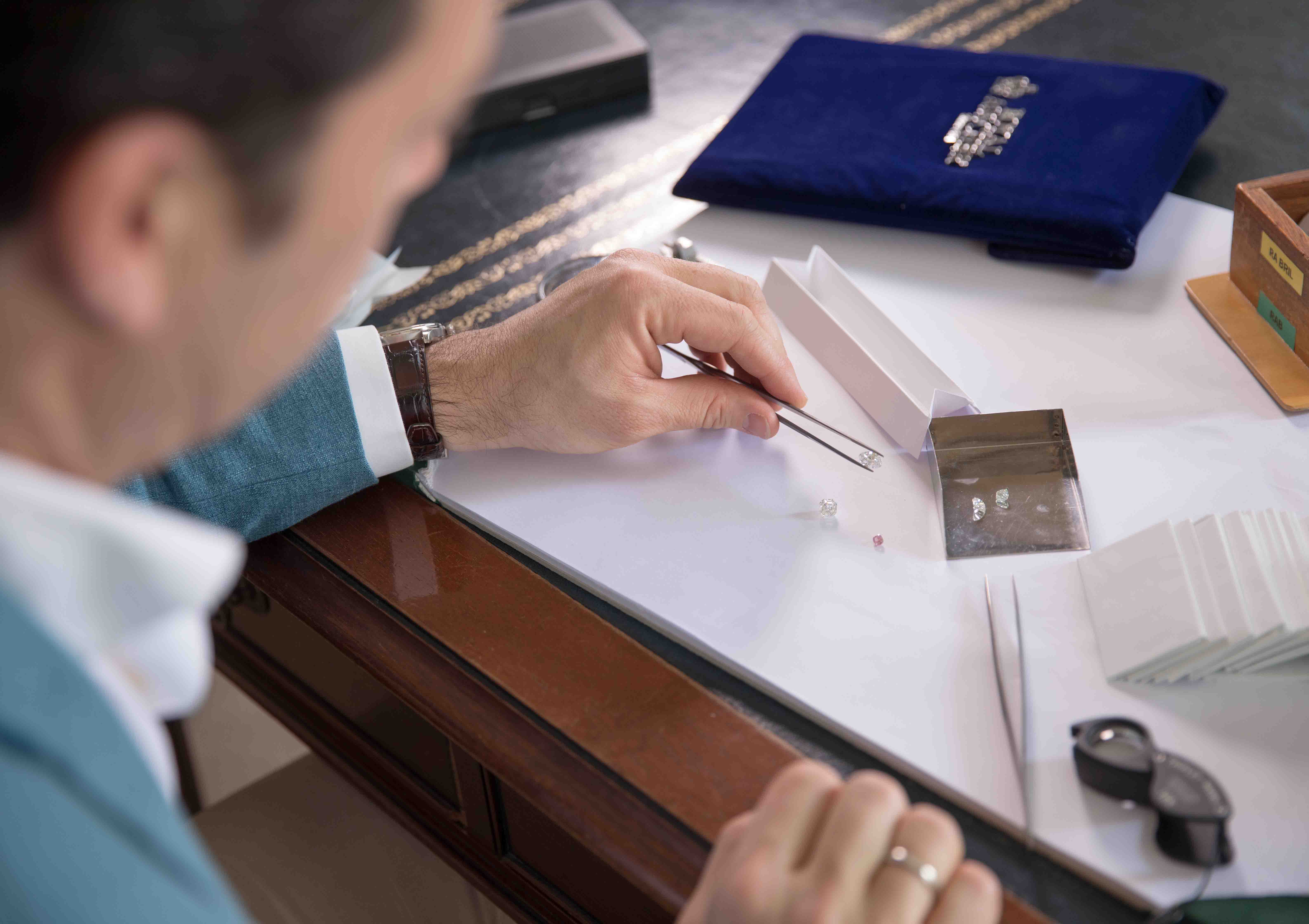 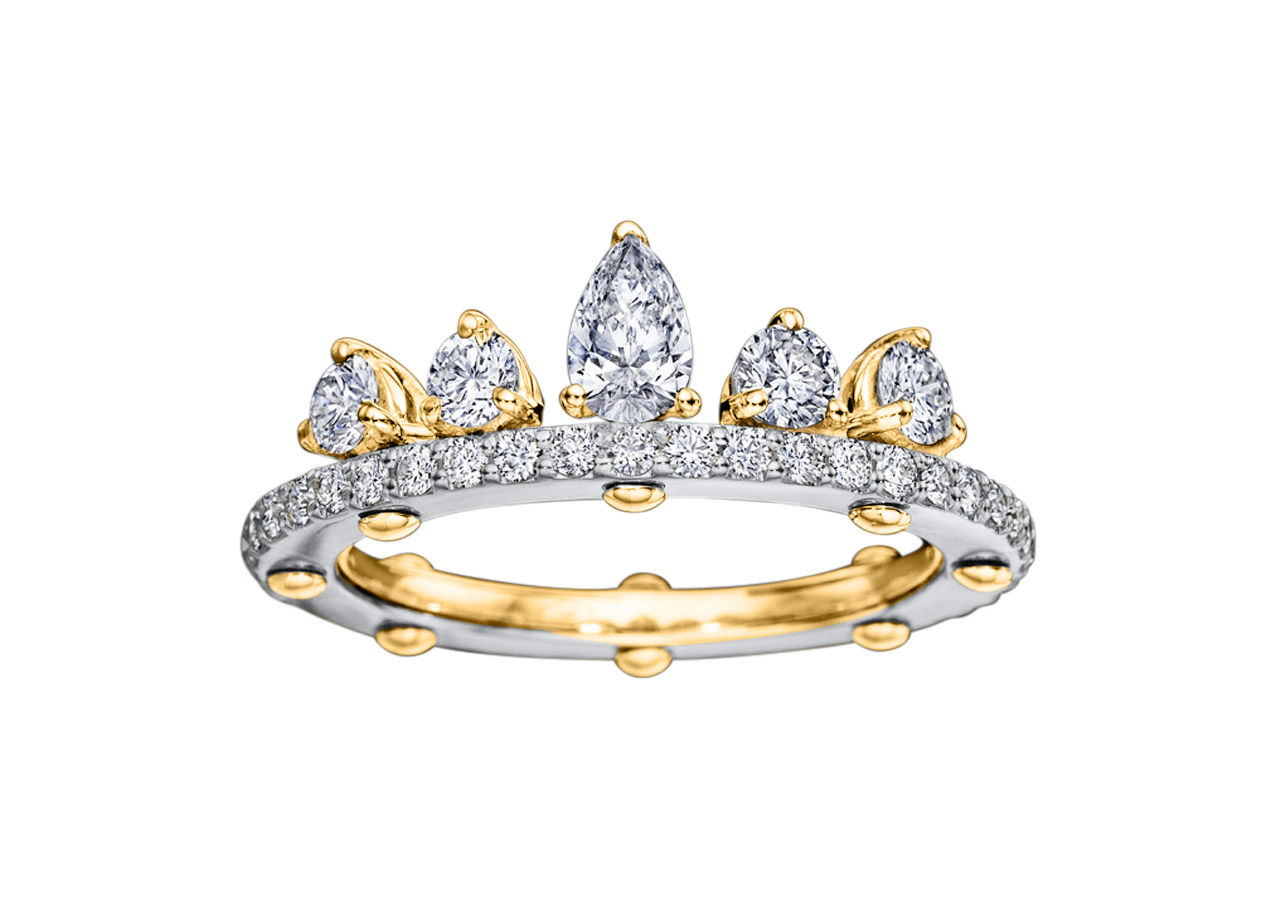 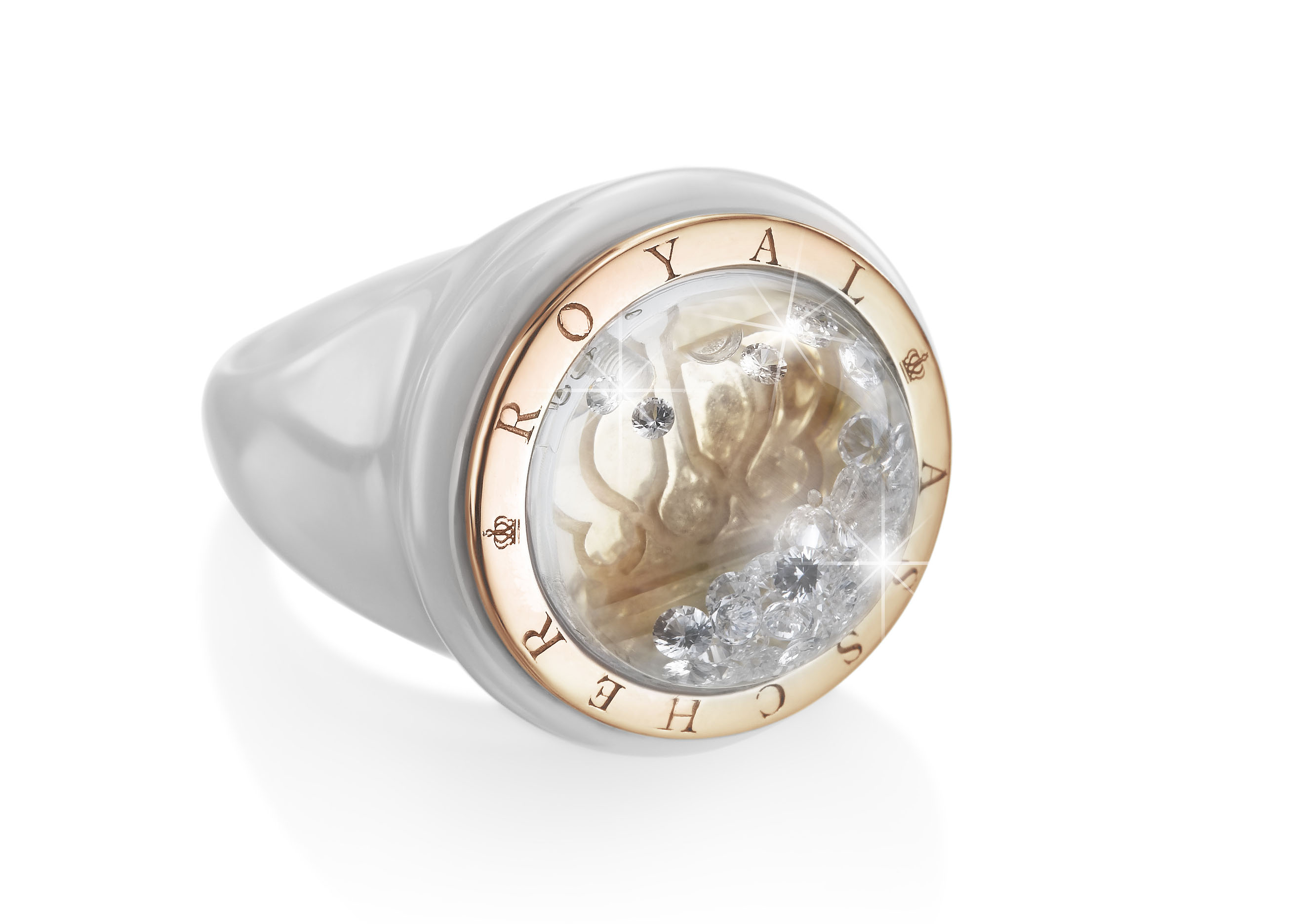 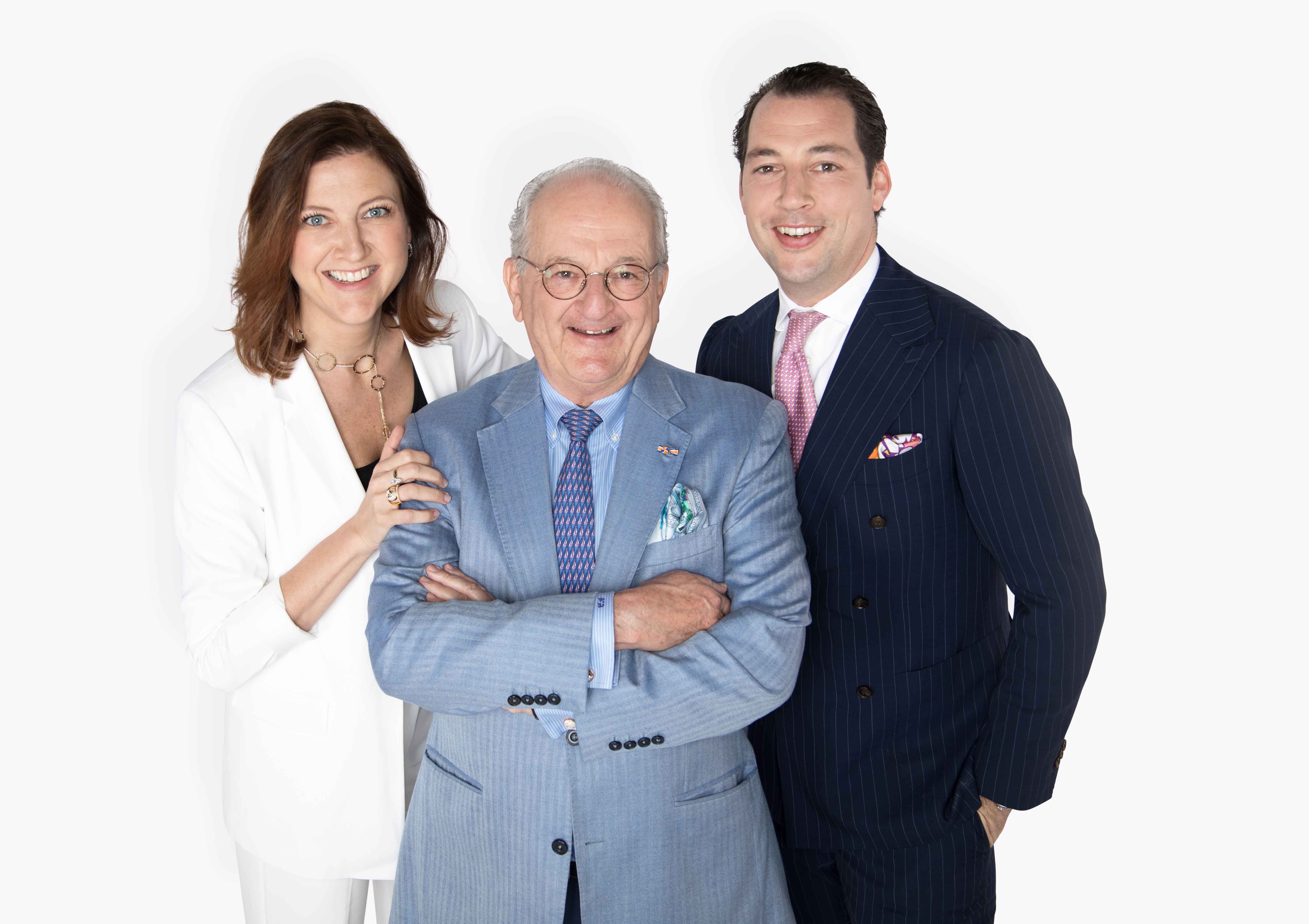 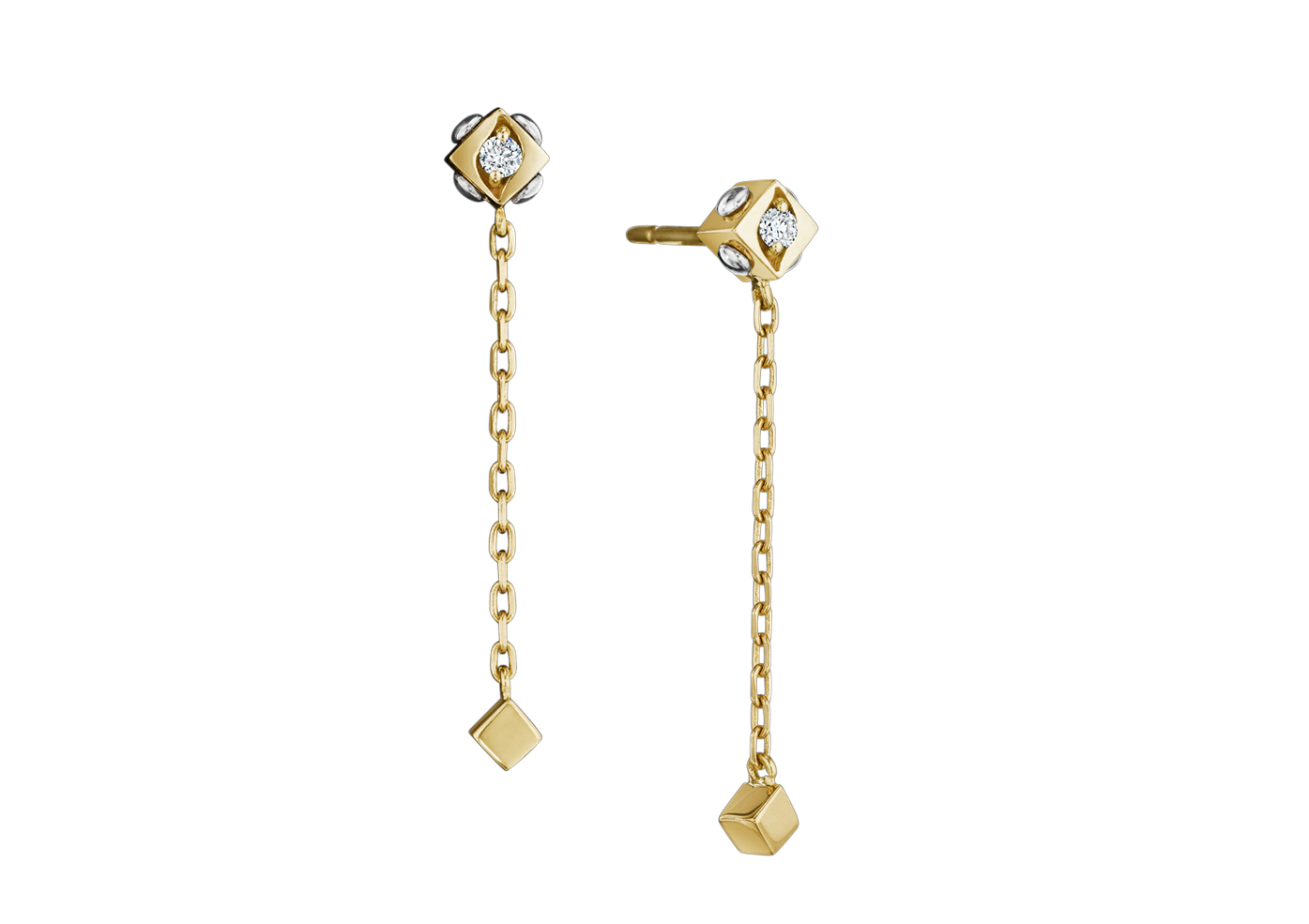 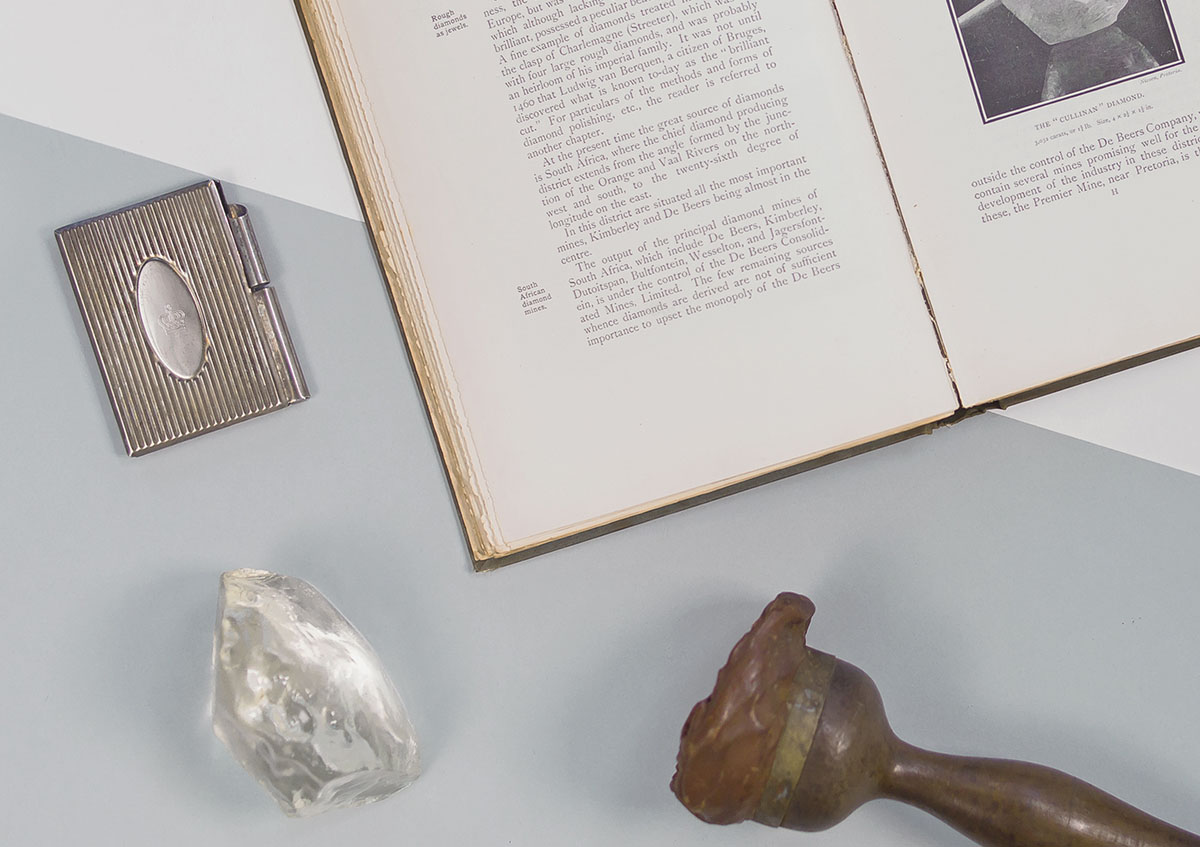 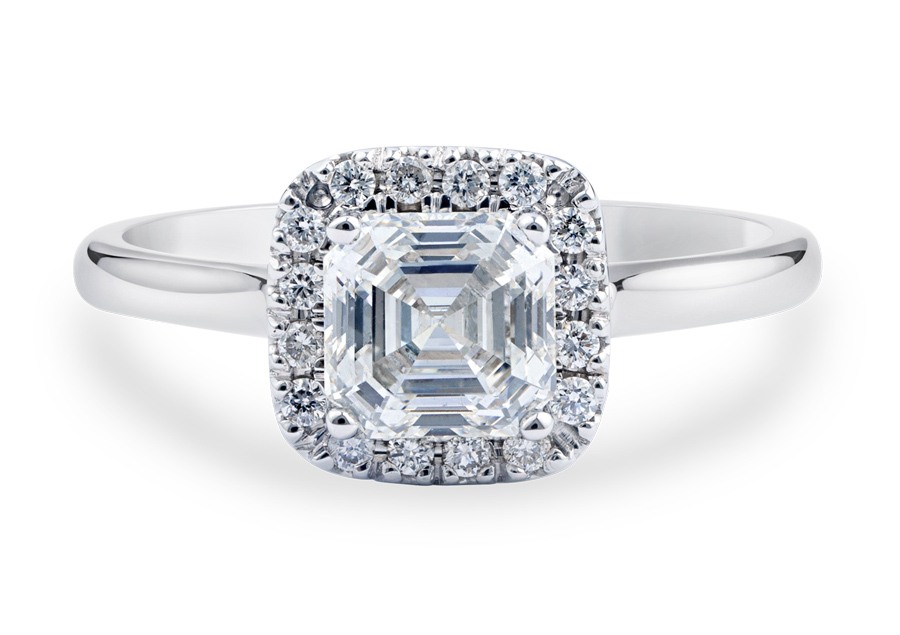 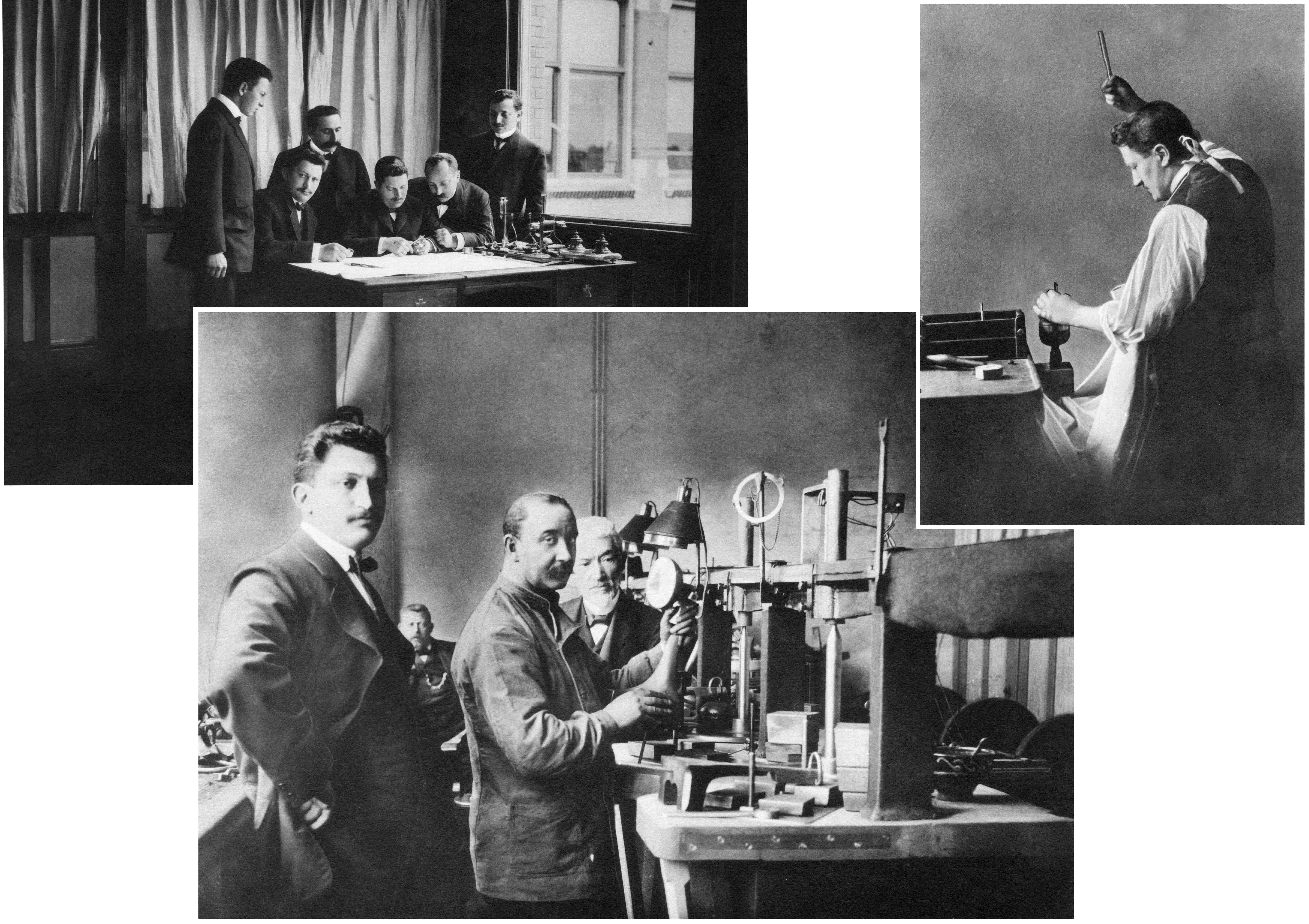 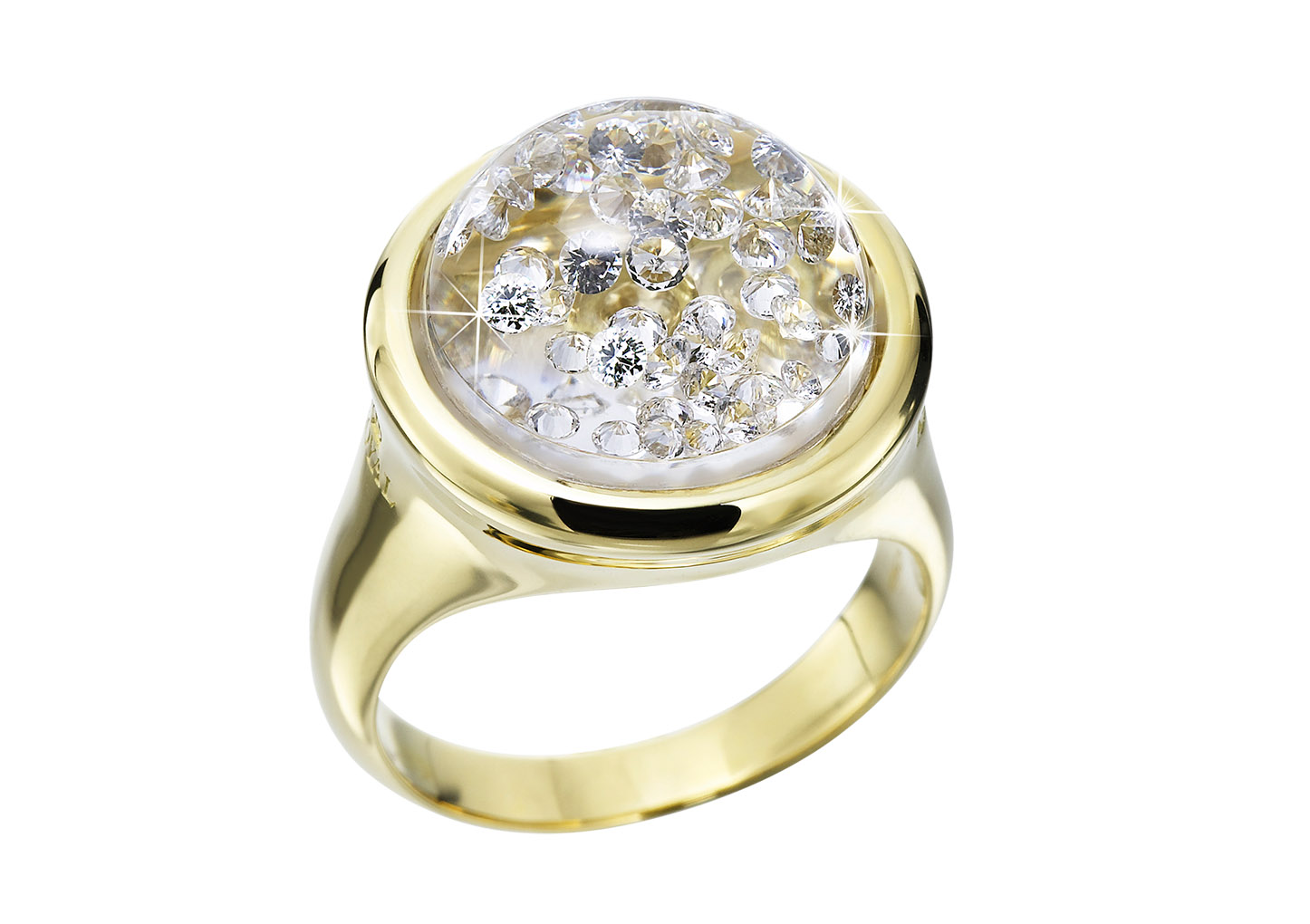 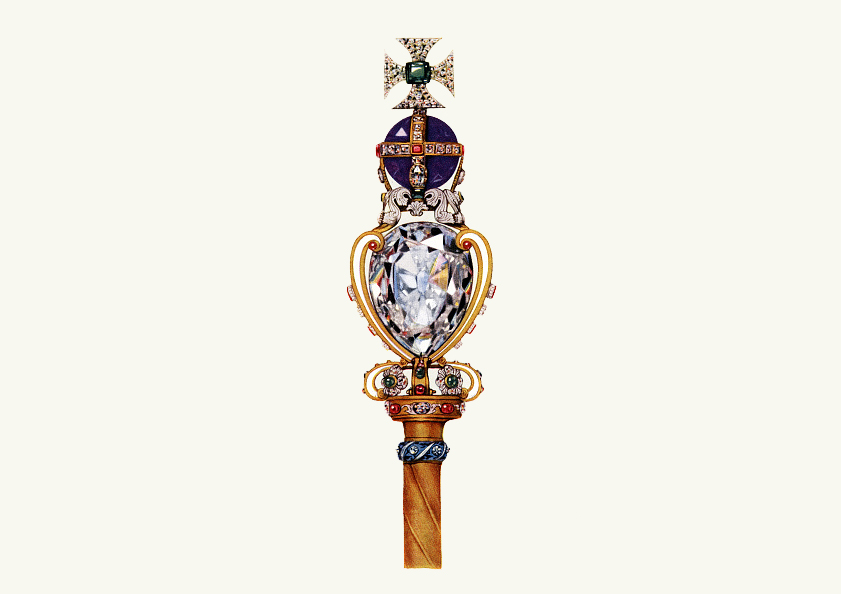 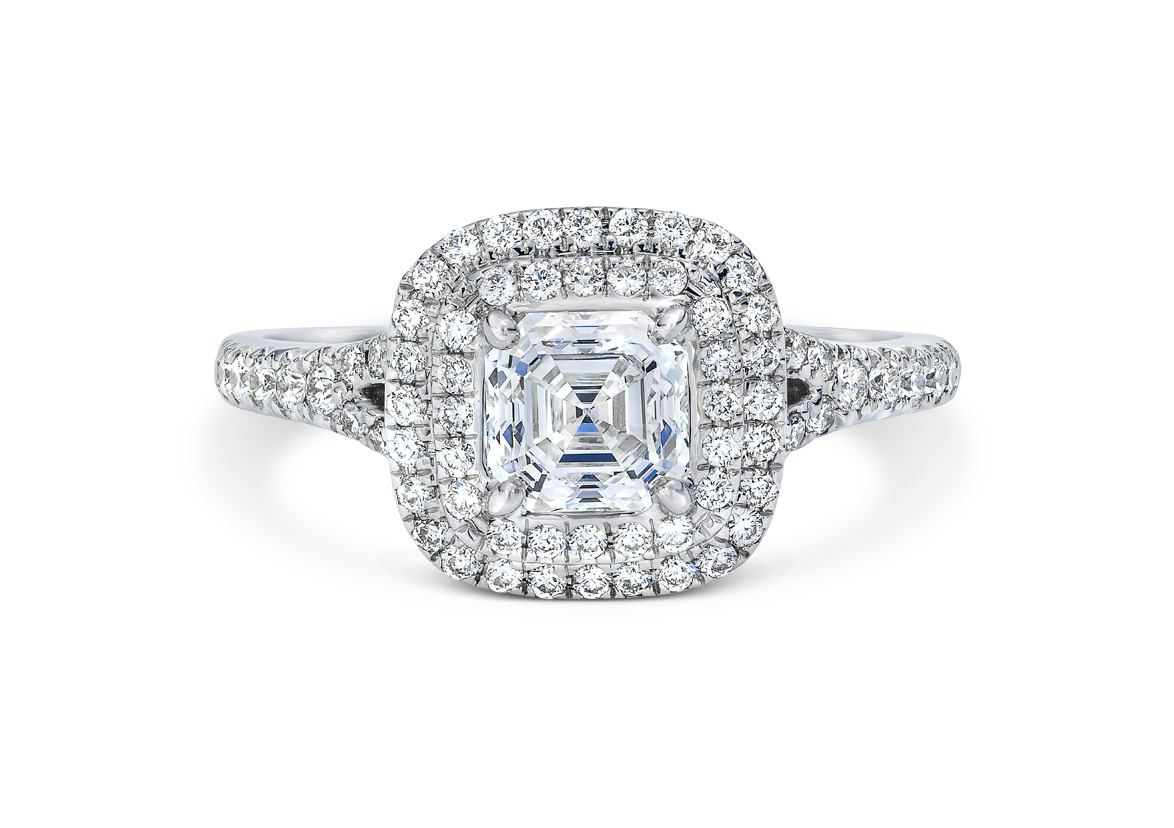 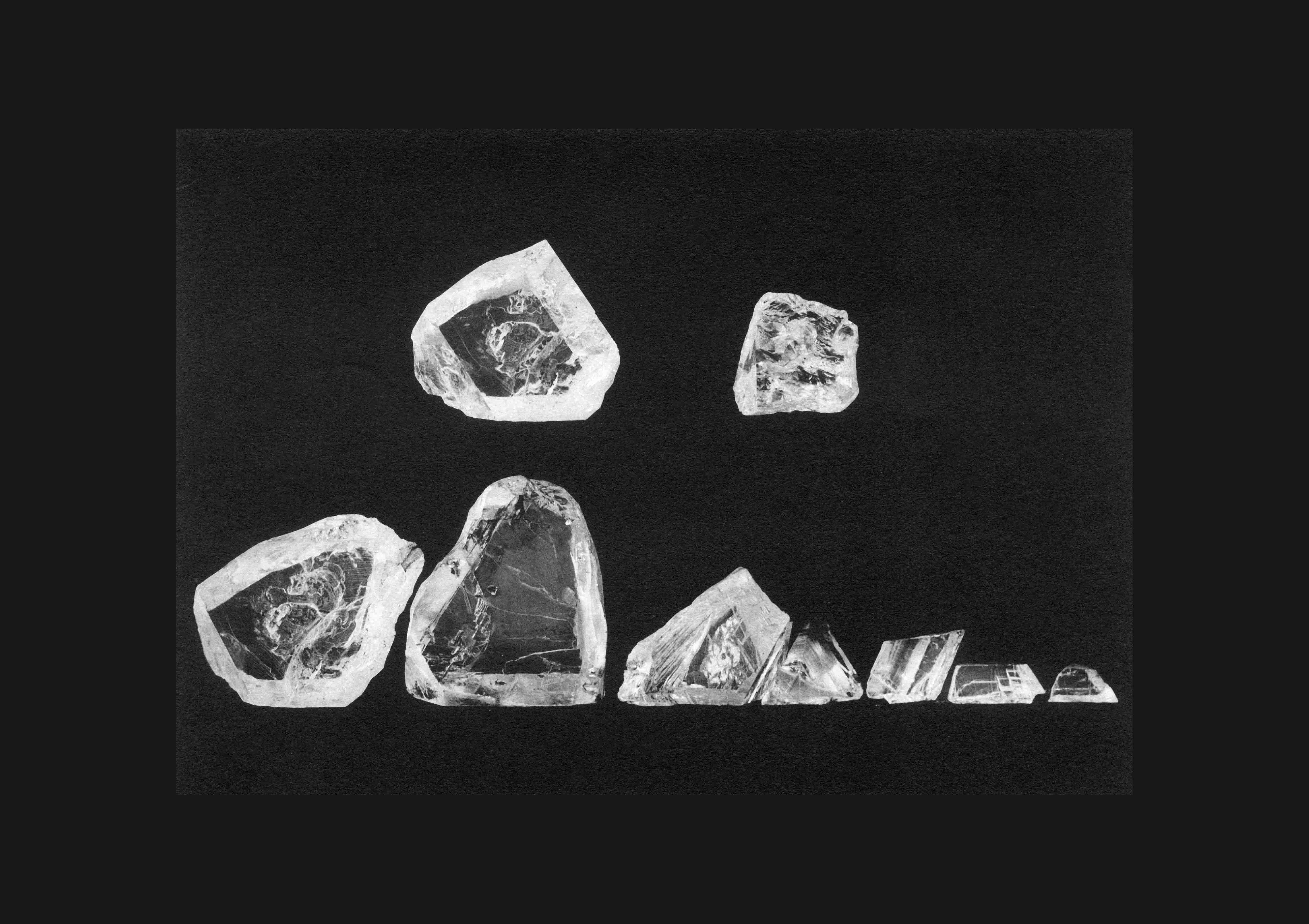 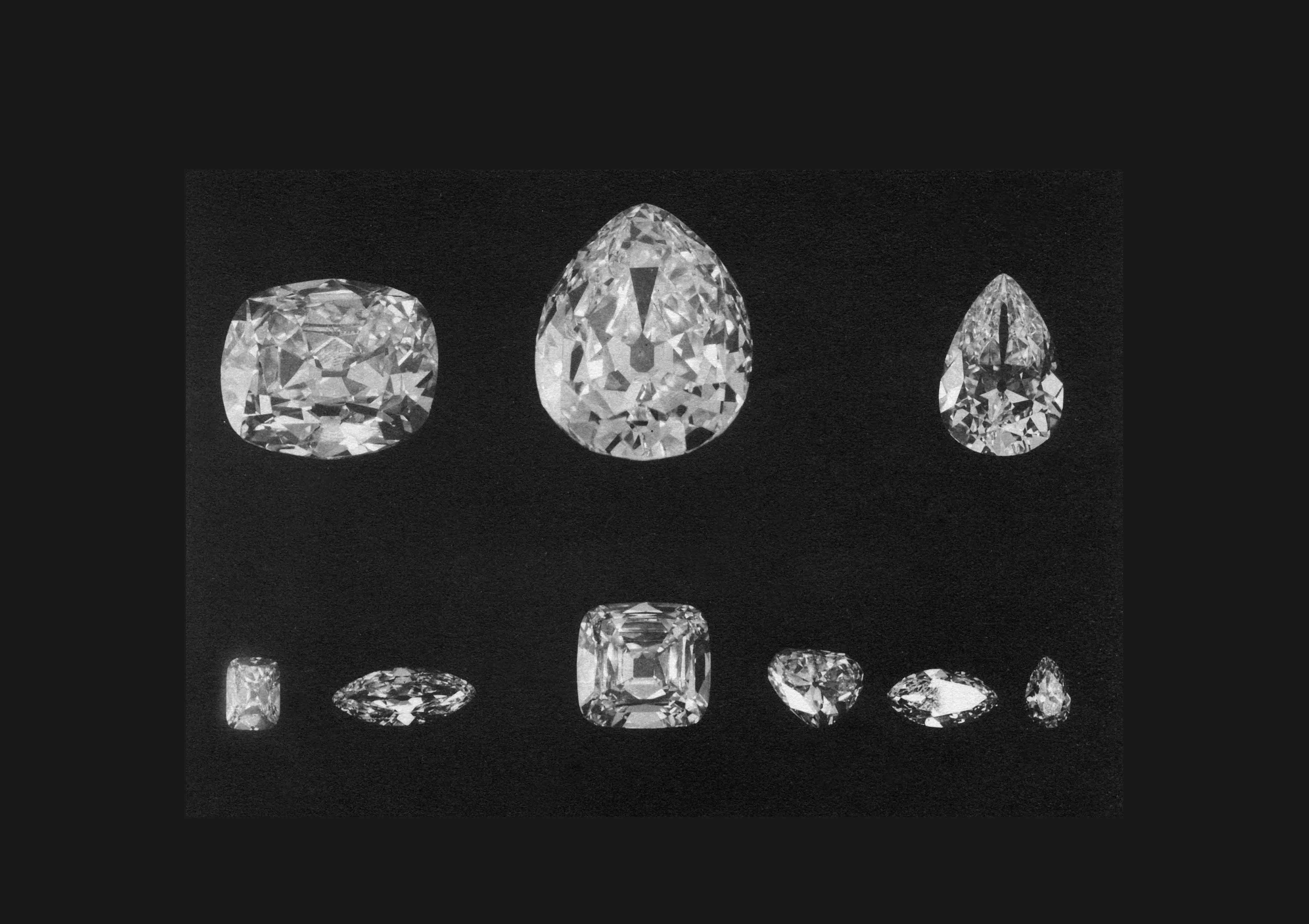 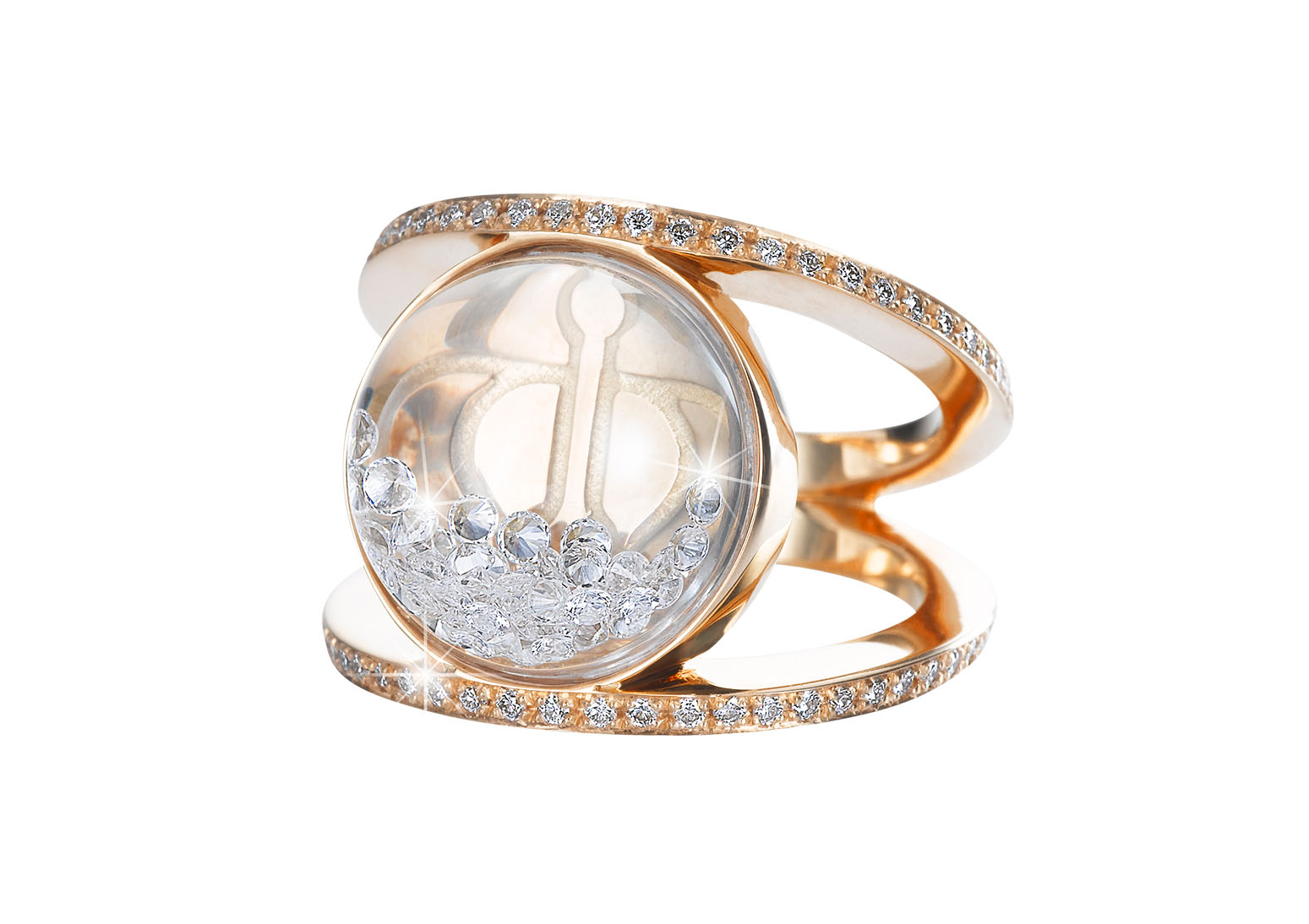 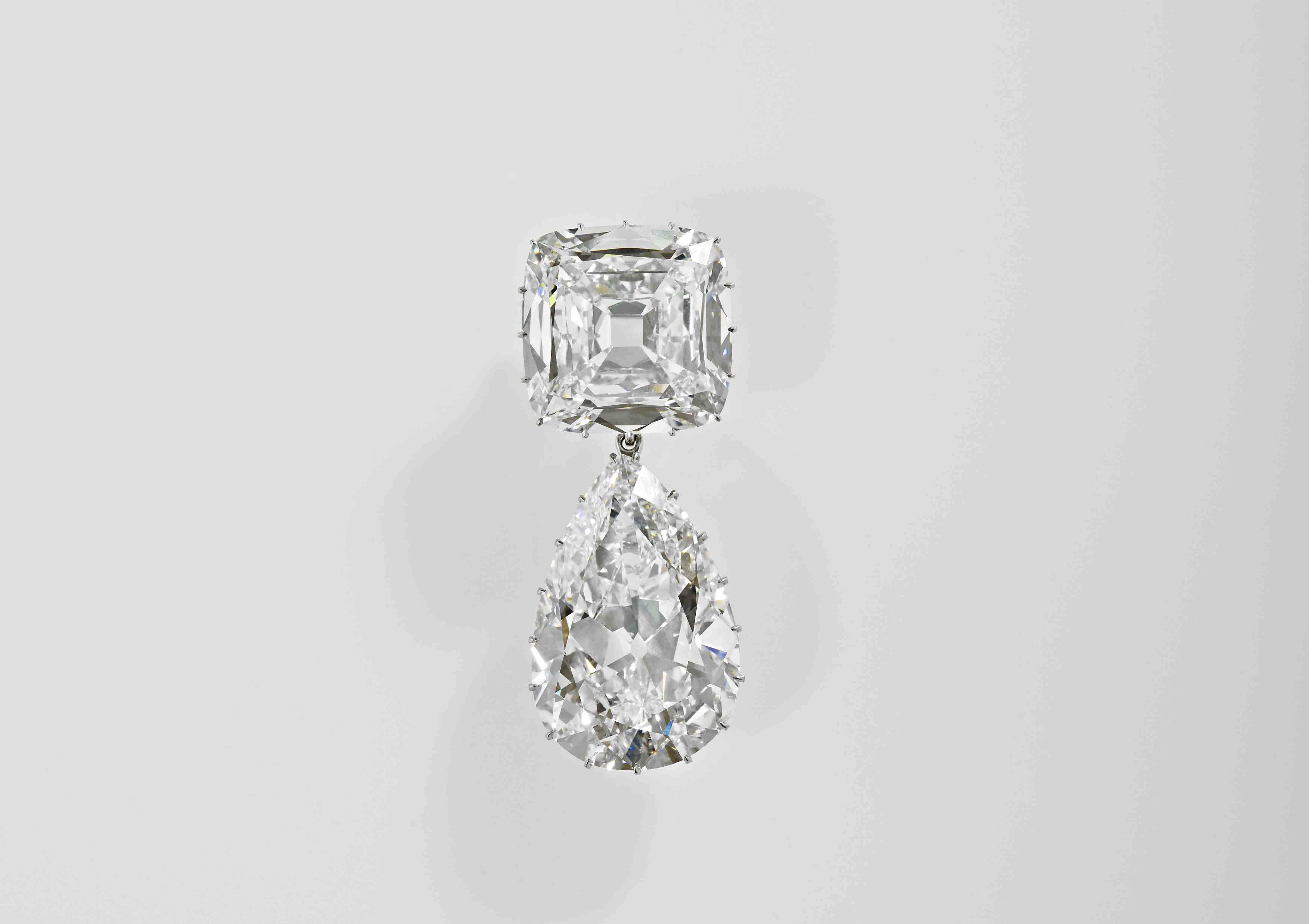 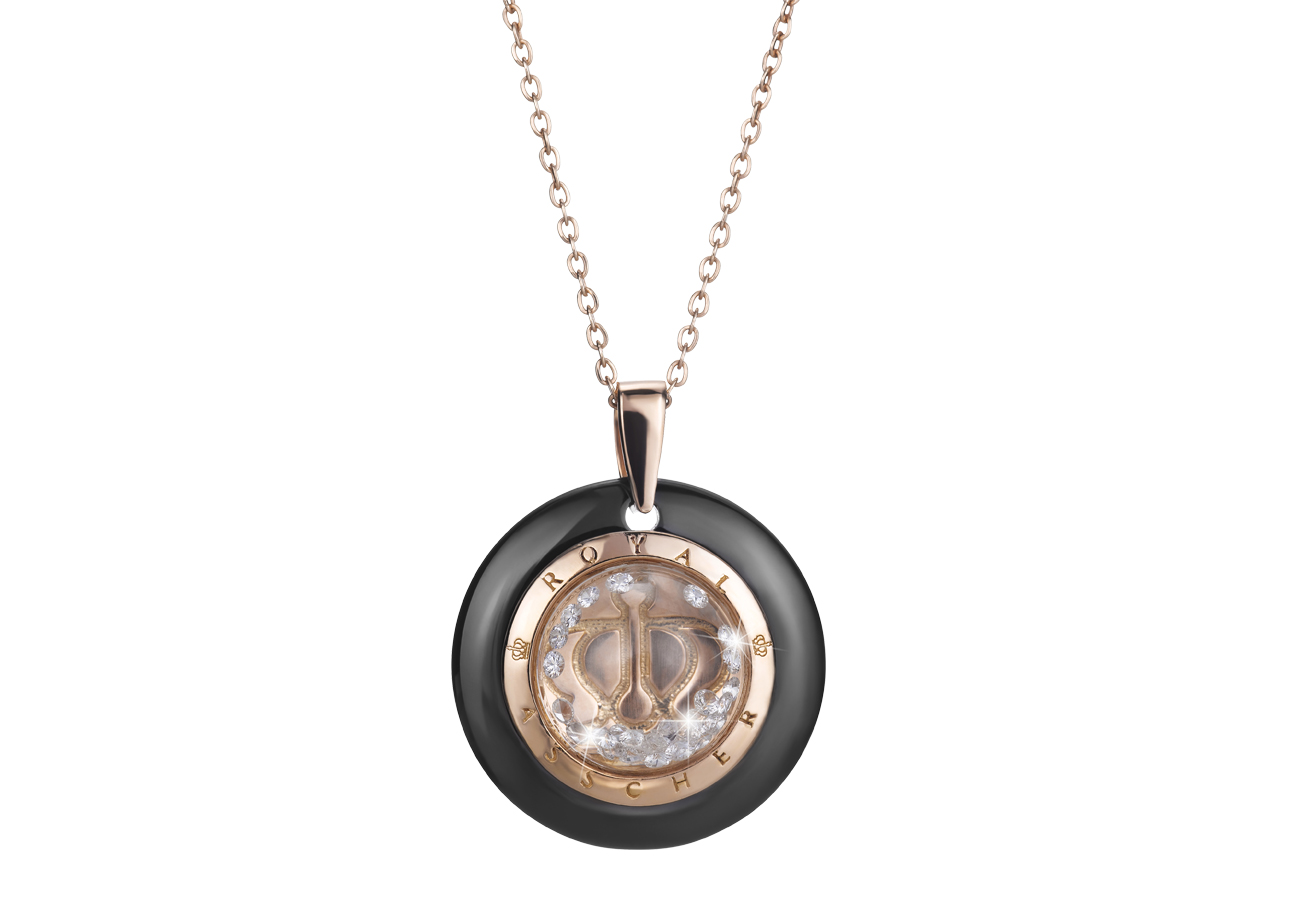 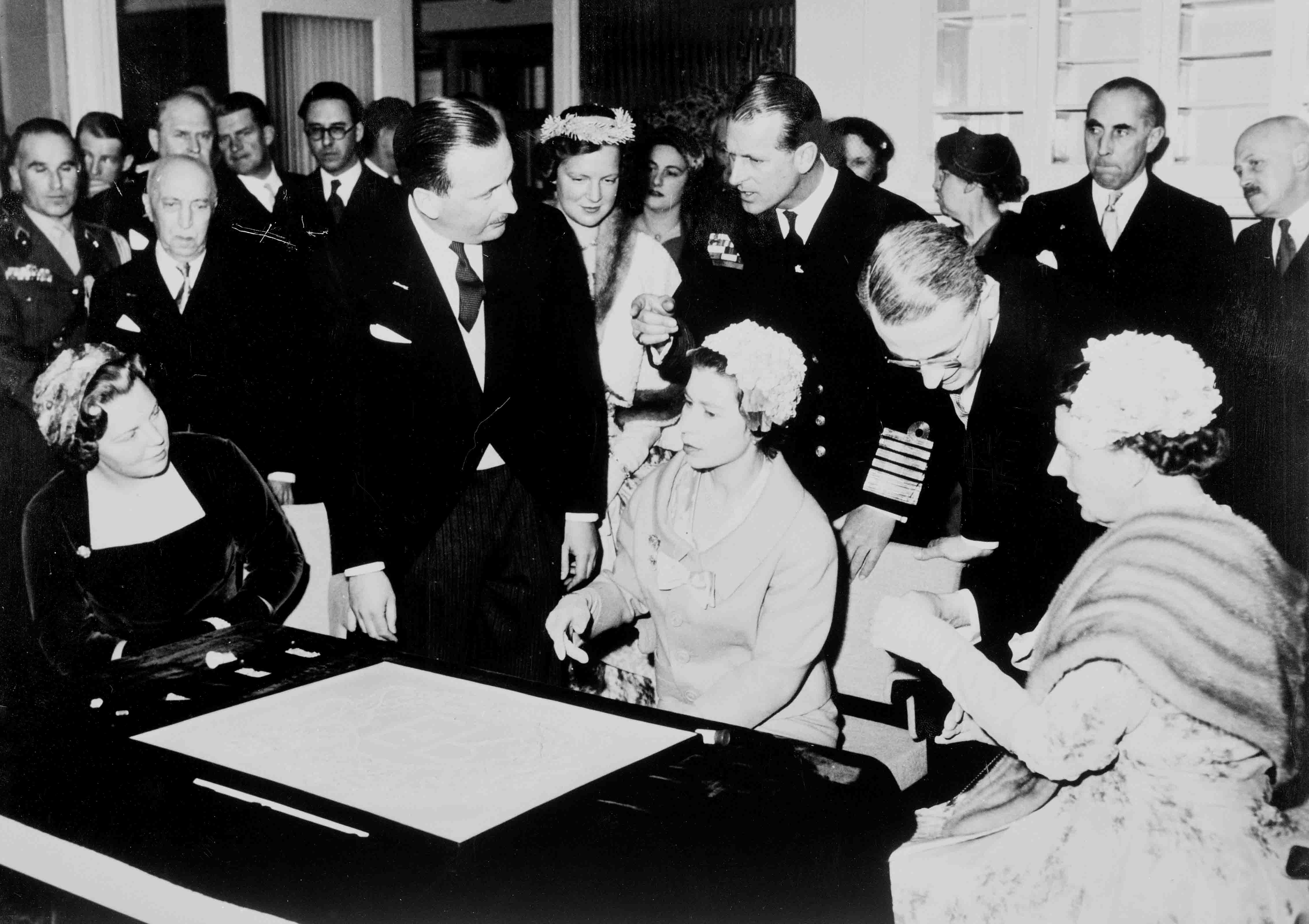 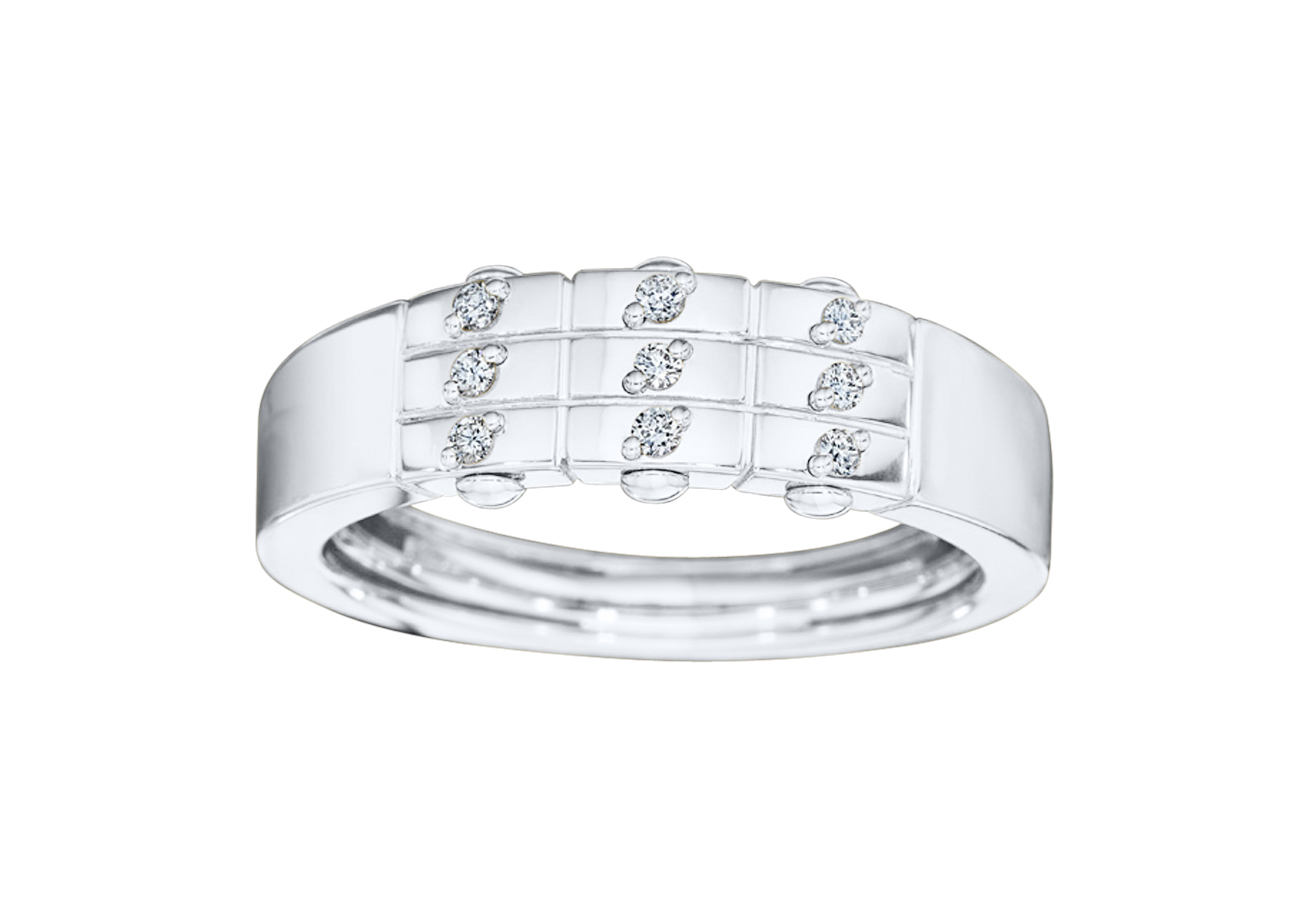 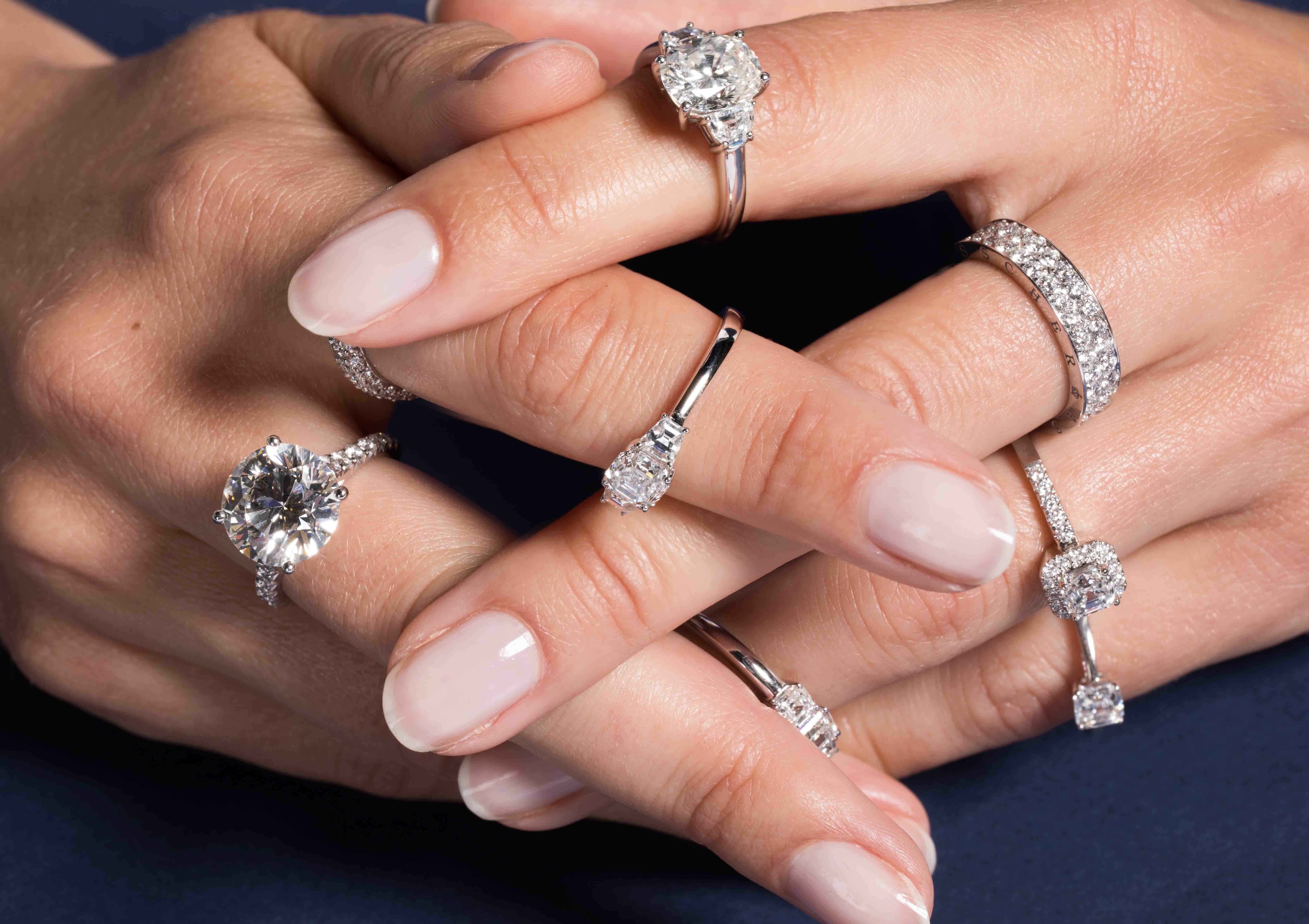 The Asscher family has helped create some of history’s most famous jewels, polished record-breaking diamonds and designed iconic gem cuts favoured by royalty. It has persevered through two World Wars, the Holocaust and the myriad changes to have rocked the gem world over the past century and a half. Through all these trials and tribulations, its diamond company has remained in family hands, united through six generations by a mission to create the most beautiful diamonds the world has to offer.

The importance of such a rich familial history is not lost on reigning Asscher siblings Lita and Mike. They refer back to it as a source of inspiration, whilst also continuing the family tradition of innovation to keep the house of Royal Asscher relevant for modern-day diamond jewellery lovers.

Speaking with Lita Asscher, the designer behind today’s Royal Asscher jewellery collections, her sense of family loyalty is inspiring. “Working with my family is the best thing in the world,” she says. “What I love about it the most is that Mike knows I will always have his back, and vice versa.” The two siblings run Royal Asscher together, under the watchful eye of their father, Edward, who recently retired but remains active in the diamond world. 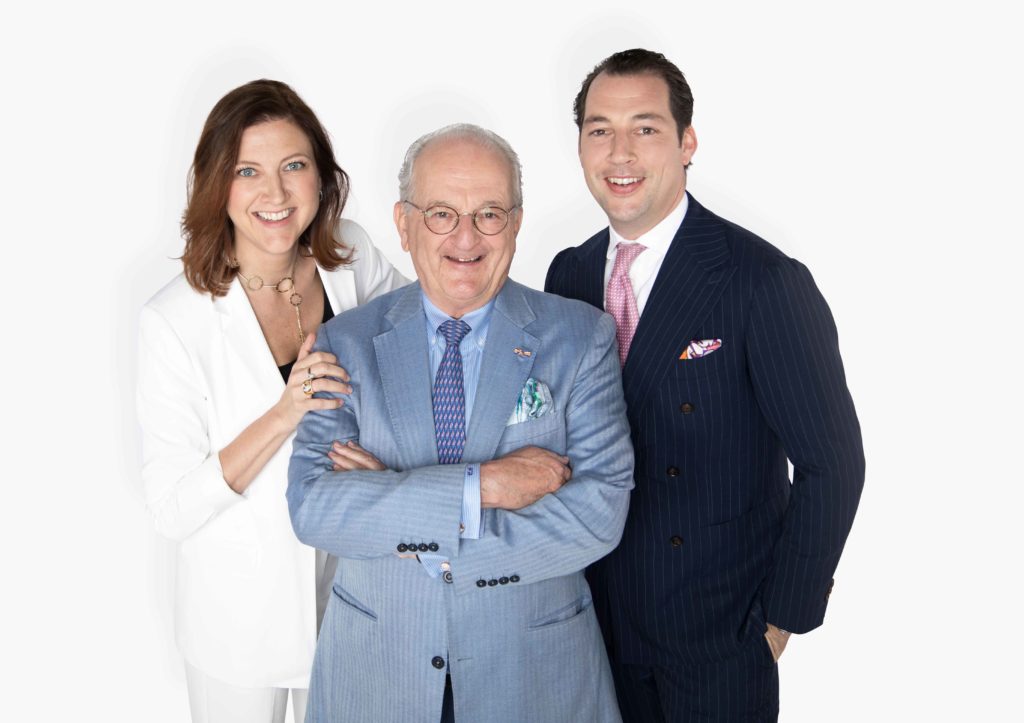 A family synonymous with diamonds

Edward instilled a passion for gemstones in his children from a young age. The family business ebbed and flowed seamlessly alongside their home life; their childhood cat was named Pique and their dog Blue White. “It’s pretty clear which pet he preferred,” says Lita, explaining that the term blue white is used by diamond experts to describe the Shangri-la of diamond colour.

Founded in 1854, the Asscher Diamond Company became known for sourcing and polishing the finest diamonds for clients the world over. It was the go-to diamantaire for Place Vendôme jewellers such as Cartier and Van Cleef & Arpels. One generation later, in 1902, the company added another feather to its cap when Joseph Asscher created the first ever patented diamond cut, aptly named the Asscher Cut diamond. This square emerald cut had never been seen before. It was a huge success. Much like Mr Kleenex or Mr Hoover, Joseph could not have imagined then that his last name would one day become synonymous with all generic square-emerald-cut diamonds in the world.

After years of building a successful family business by patenting the revolutionary Asscher Cut diamond, the company suffered a massive blow during World War II. Its 700 employees, including Lita and Mike’s grandparents, Louis and Chelly Asscher, were arrested and sent to concentration camps. After the war was over, sadly only 15 employees were found to have survived. 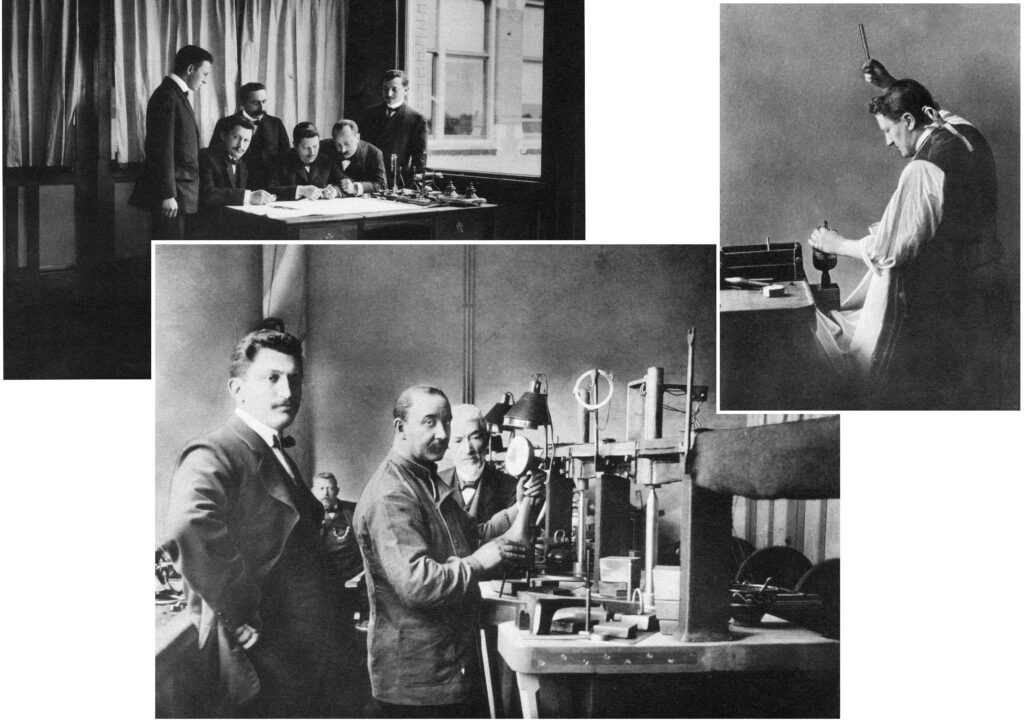 Photographs from the Asscher family archive

Picking up the pieces of a once-successful empire, the Asscher family dove right back into business when World War II ended, focusing on rebuilding the family’s fortune. With the patent on the prized Asscher Cut diamond lost, they began anew, bringing customers the most popular diamonds at the time: round brilliants. Their success was so great that in 1980, the queen of the Netherlands granted them her royal predicate, thus allowing the family business to be renamed the Royal Asscher Diamond Company.

The legacy of the Asscher Cut diamond temporarily slipped away from the forefront of the Asscher brand. However, in 1999 Edward Asscher and his brother Joop decided to reclaim ownership of the cut by taking the original patented cut created in 1902 and reinventing it. The result was a gorgeous diamond cut with 74 facets – 16 more than the average diamond. With extra facets to further bounce the light and create even more sparkle, this modernised stone was more glamorous and beautiful than its predecessor. The new cut was named the Royal Asscher Cut, and it is exclusive to the Royal Asscher jewellery brand.

The House of Orange-Nassau – the Dutch royal family – is still linked to the Royal Asscher Diamond Company 40 years after Queen Juliana first granted it her royal predicate. In fact, the current queen of the Netherlands, Queen Maxima, wears a Royal Asscher engagement ring set with an oval-cut orange diamond, one of the rarest diamonds in the world.

The company’s link to the Dutch royal family is not its only association with royalty. Lita and Mike’s great-great grandfather Joseph Asscher was commissioned in 1907 by the British royal family to cut the largest gem-quality rough diamond ever discovered, the Cullinan Diamond. Gifted to King Edward VII by the first Prime Minister of South Africa, Louis Botha, the 3,106ct diamond was a record-breaking gem. Lita recalls her father telling her the bedtime story of an exacerbated king receiving this enormous rough stone: “And the king said: ‘Great, beautiful… now what?’” After an audience with the king himself, Joseph Asscher was asked to cut the famous stone.

The difficulty now was getting the biggest diamond in the world from London to Amsterdam, unnoticed. The diamond was said to have been sent to Amsterdam by submarine, but Lita gives us the real inside scoop: “The submarine was just a decoy. My great-great grandfather hid the stone in one of his coat pockets, put a gun in the other, and took the regular ferry back to Amsterdam.” She also lets us in on another little family secret: “They say he fainted from nerves once the diamond was finally cut, but we know it was actually the celebratory champagne that caused the malaise.”

The largest diamonds to be cut from the Cullinan rough were set in the crown jewels of Great Britain. The 530.2ct pear-shaped diamond, the Cullinan I, also known as The Great Star of Africa, is set into the royal sceptre. Cullinan II, weighing 317.4cts, is a cushion-cut brilliant that can be seen in the crown that Queen Elizabeth II wears once a year at the opening of parliament. Cullinan III and IV are set in a brooch the queen inherited from her grandmother Queen Mary, and are affectionately nicknamed Granny’s Chips in a humorous nod to their relatively less impressive carat weights of 94.4cts and 63.6cts. 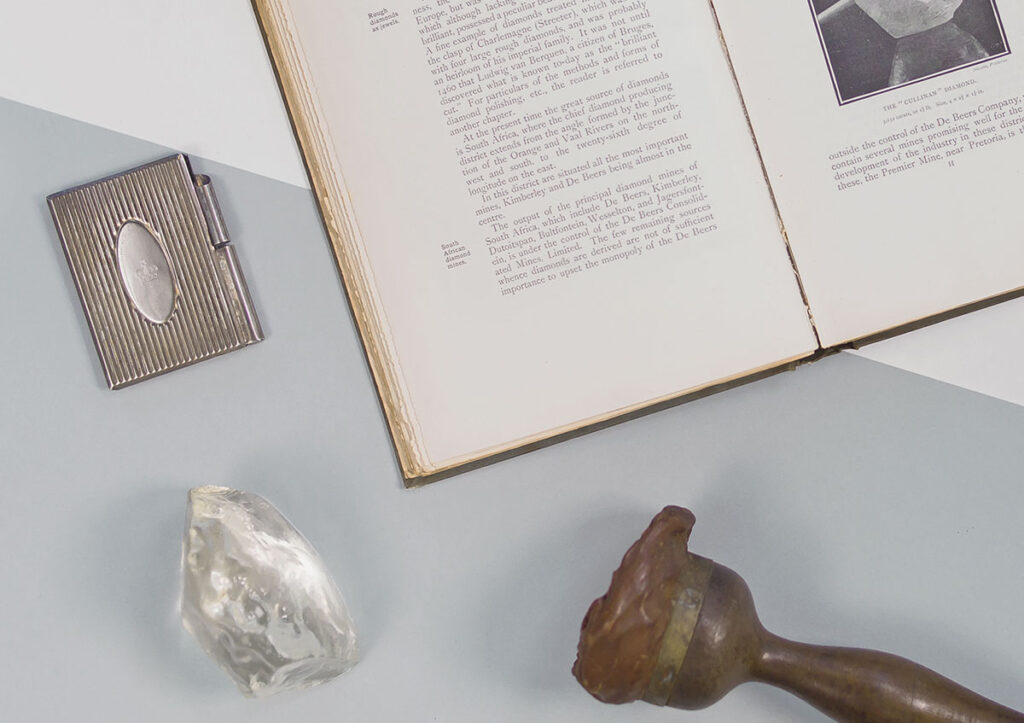 A replica of the famous Cullinan diamond as a rough stone

The next generation of Asschers

With a prestigious lineage that is inextricably intertwined with the history of diamonds itself, one can only assume that the expectations placed on Lita and Mike are daunting. However, working with your brother, who also happens to be your best friend, means you know how to manage each other’s strengths and weaknesses, says Lita. “The key to a successful business is: A, doing what you love, and B, finding a teammate that you can delegate to,” she says. “Mike is the gemmologist; he is an amazing diamond designer and he creates these stunningly gorgeous stones. He is also good at finance, so he handles that side of the business. I am not a fan of finance, but I love design and marketing.”

One of Lita’s jewellery design hits is the patented Royal Asscher Stars collection. This bestselling line of diamond jewellery was inspired by a plastic ring topped with a dome filled with water and glitter that Edward purchased at the MoMA gift shop in New York. “When we saw it, we looked at each other and said, we should make this with diamonds,” says Lita. The precious Royal Asscher diamond rings have sapphire crystal domes within which loose diamonds float through liquid silicone, creating a snow globe effect. “Every time I wear a piece from the collection when I’m driving my car, I have to be careful not to get distracted when the sun hits it,” says Lita.

The Royal Asscher Stars rings, earrings, necklaces and cufflinks are just some of the many jewels Lita has created since joining the family business. Her influence has helped the brand expand across the globe, and you will now find Royal Asscher jewellery, including its famous Royal Asscher Cut engagement rings, in stores throughout Europe, the United States and Asia. 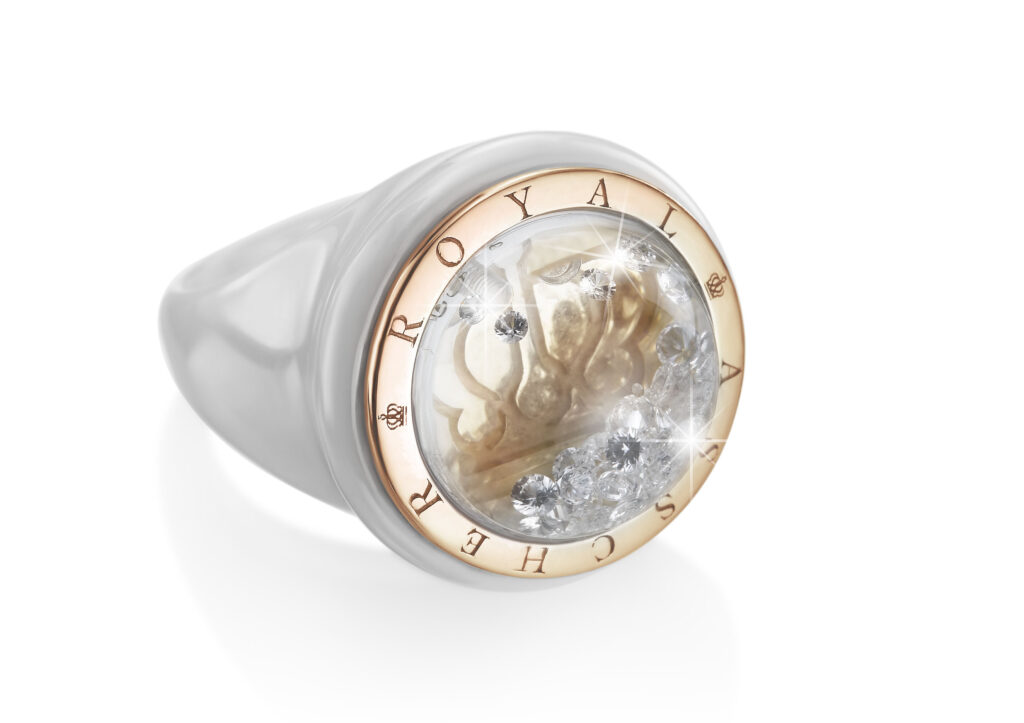 Lita and Mike are proving just as powerful and passionate as past generations of Asschers, and, as such, there are exciting new ventures on the horizon. “After two years of work, we have almost finished the new Royal Asscher Pear shape, which we will be introducing this spring,” reveals Lita. “I can’t say much more than that, but it is absolutely stunning.”

Another major focus for the siblings is making sure the Royal Asscher brand is as ethical and socially responsible as possible. “Ethics is so important when it comes to purchasing something that is associated with love,” says Lita.

“Social and ethical responsibility has always been a big part of who we are as a family. My father was one of the forefathers of the Kimberley Process [set up to eradicate blood diamonds] and he is still, today, the president of the World Diamond Council. We are also members of the Responsible Jewellery Council, the Diamonds Do Good board and the Young Diamantaires. We are constantly trying to find ways to better the production process. We want to make sure that the diamond industry is one that we would like to pass on to the next generation.” 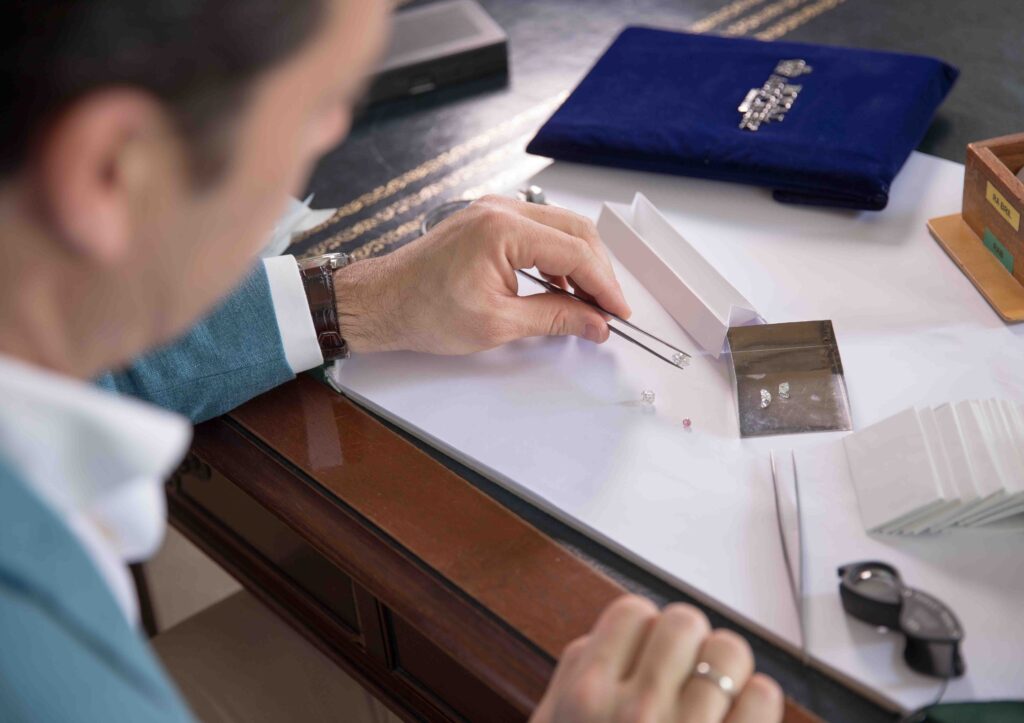 Mike Asscher sorting through a parcel of diamonds