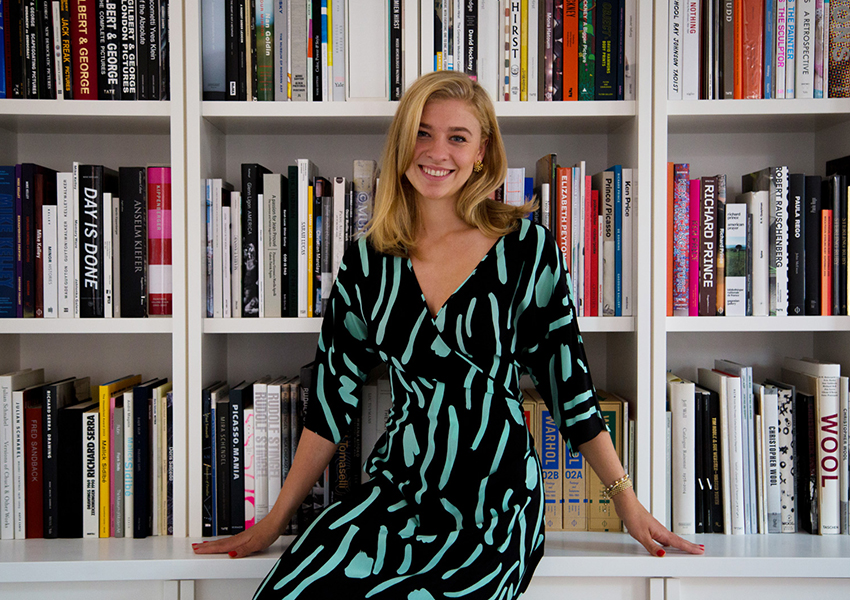 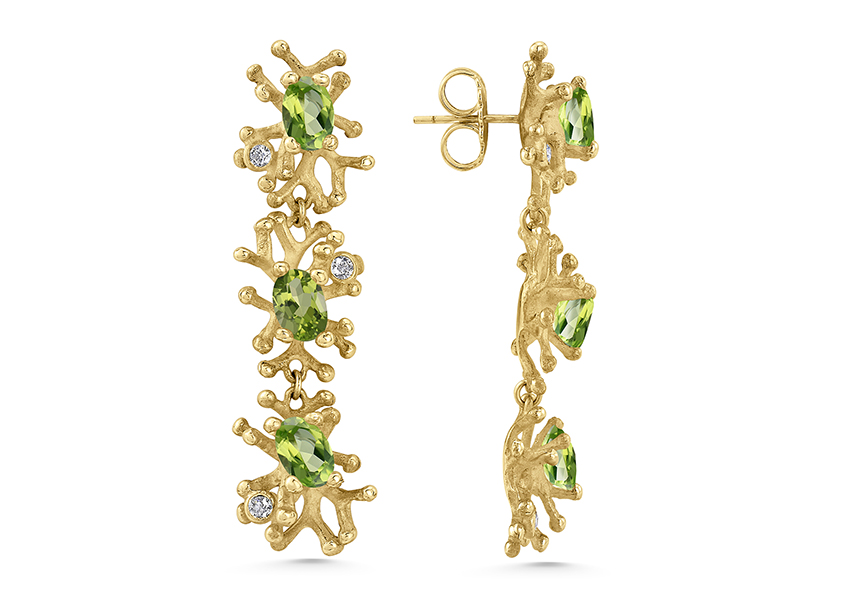 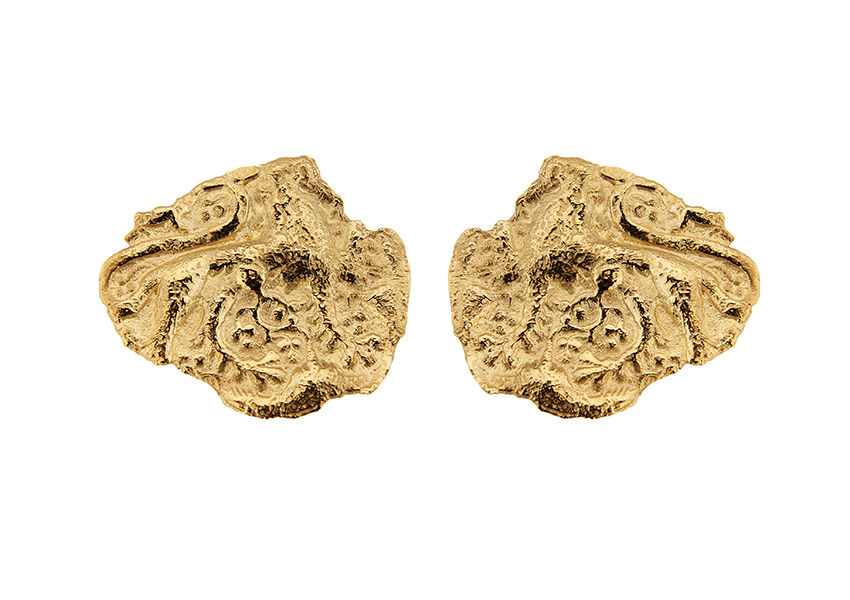 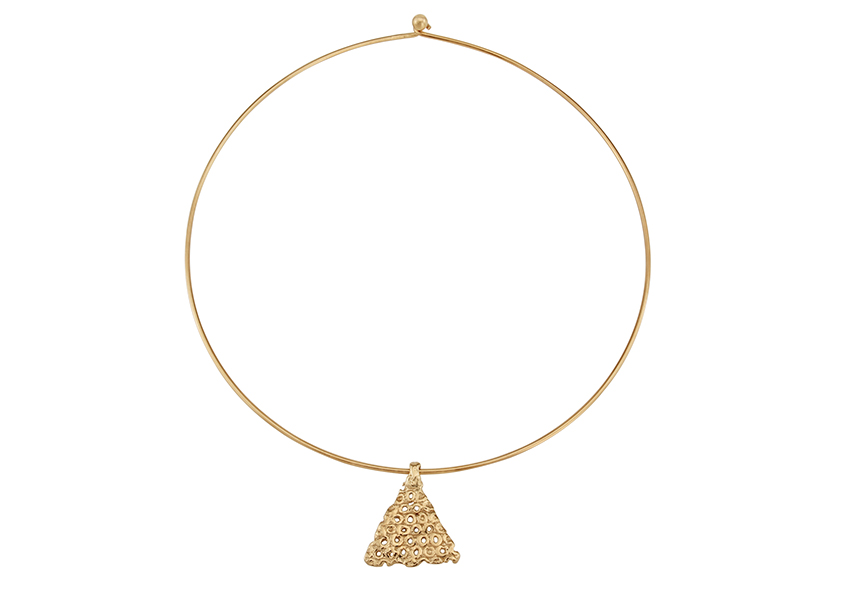 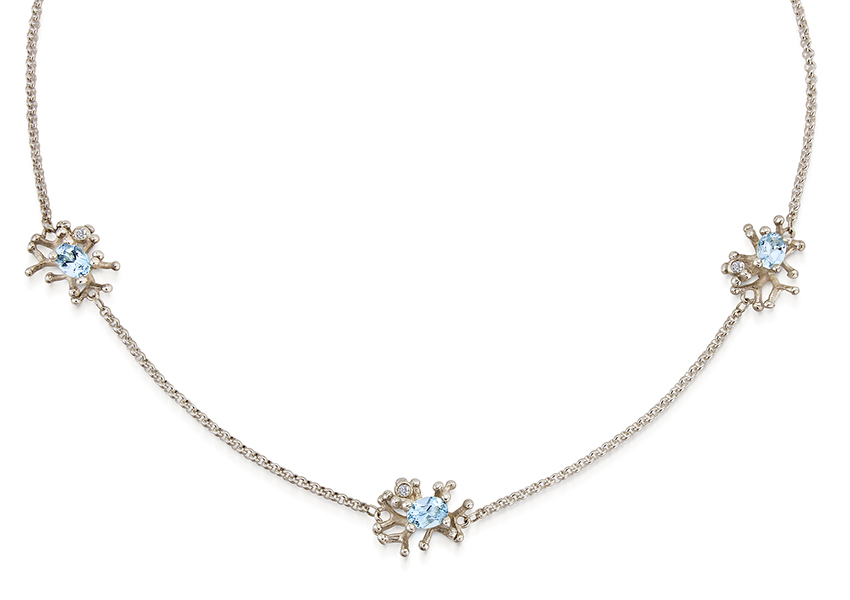 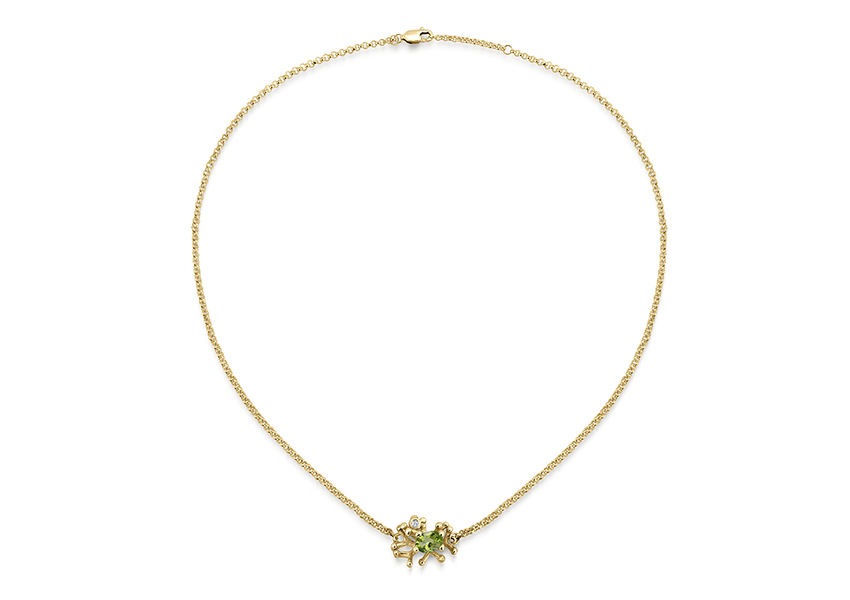 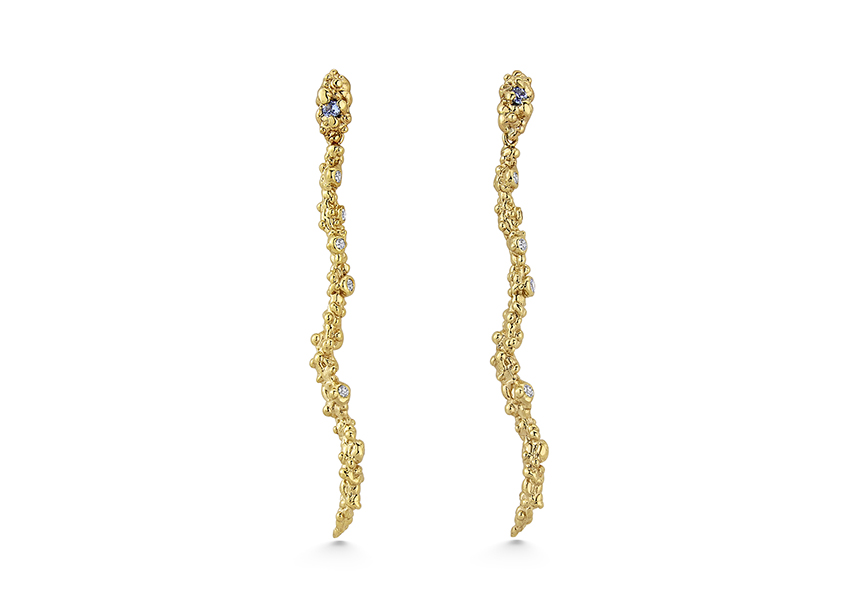 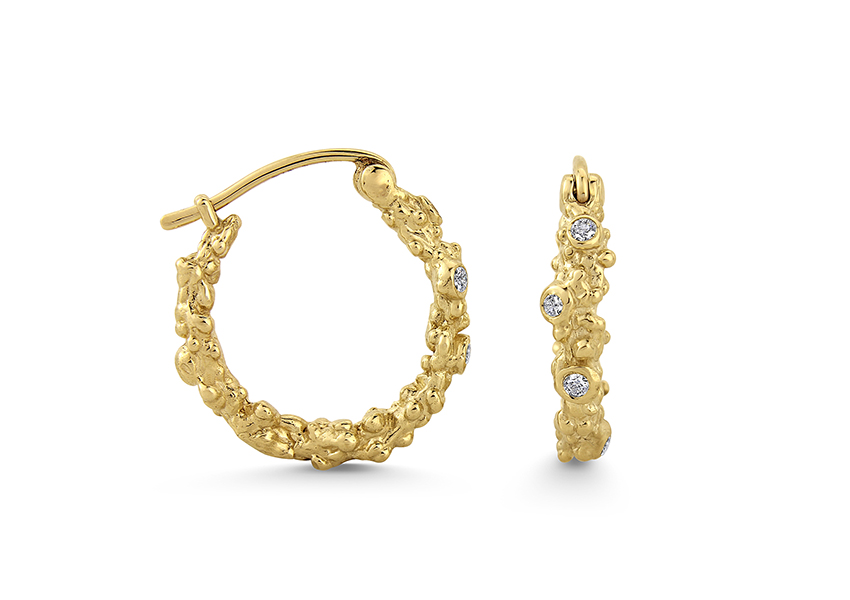 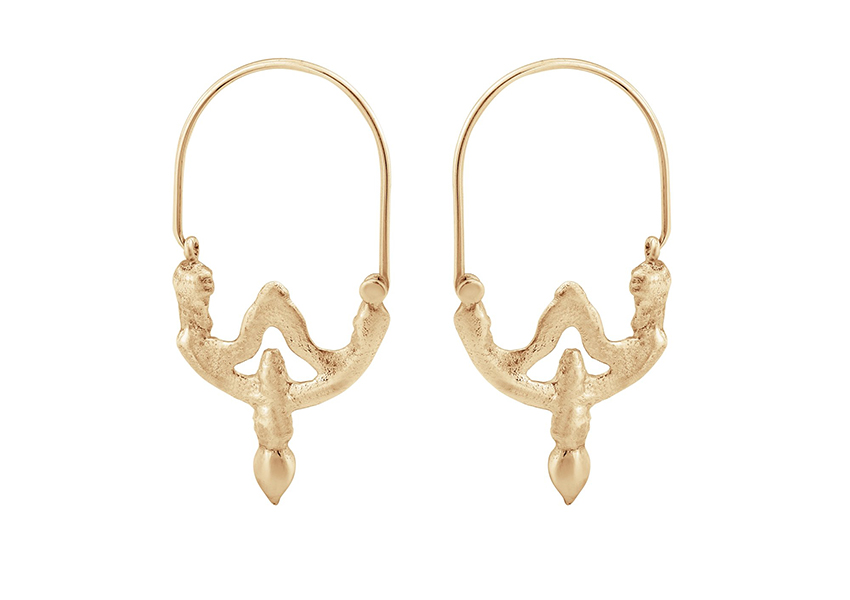 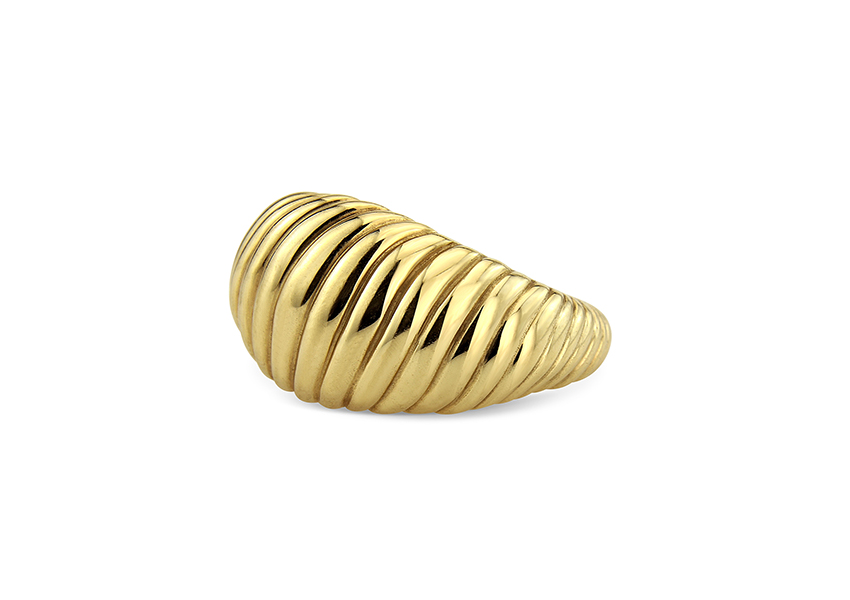 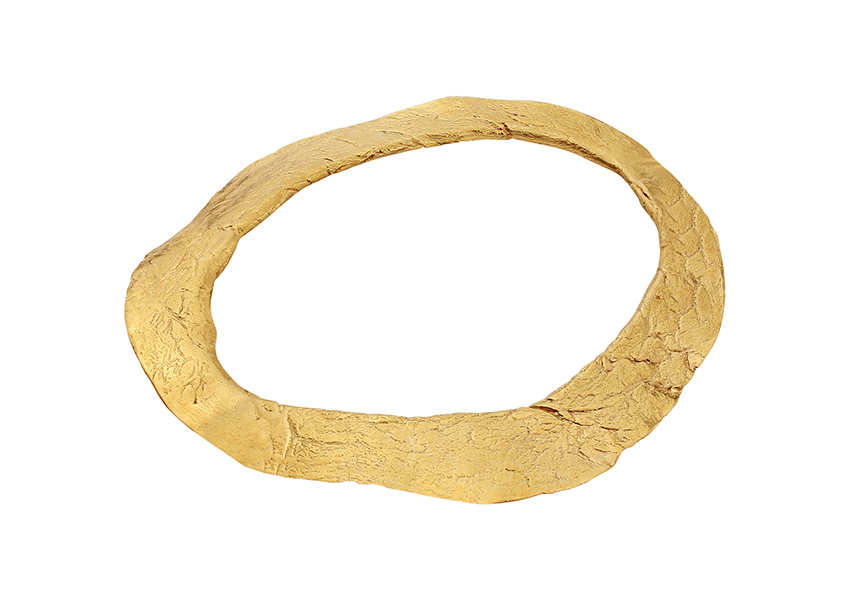 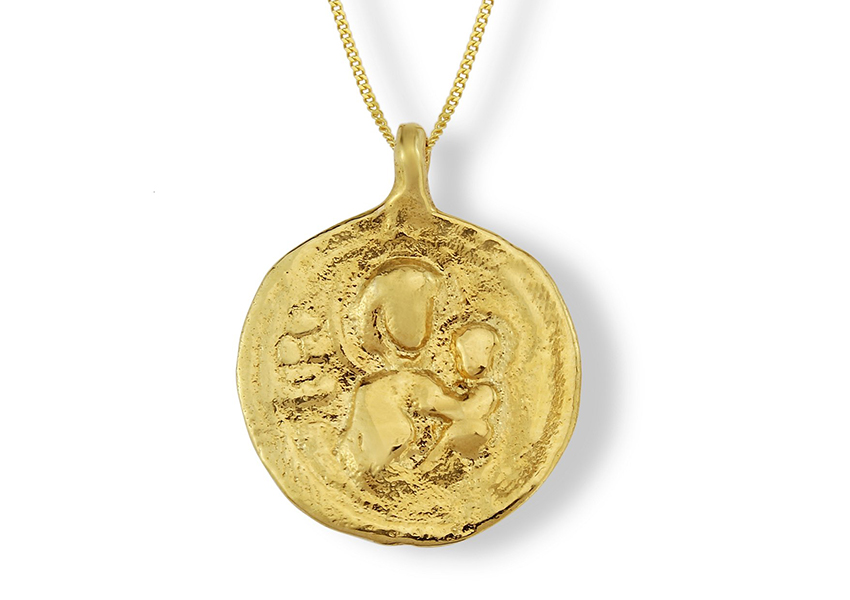 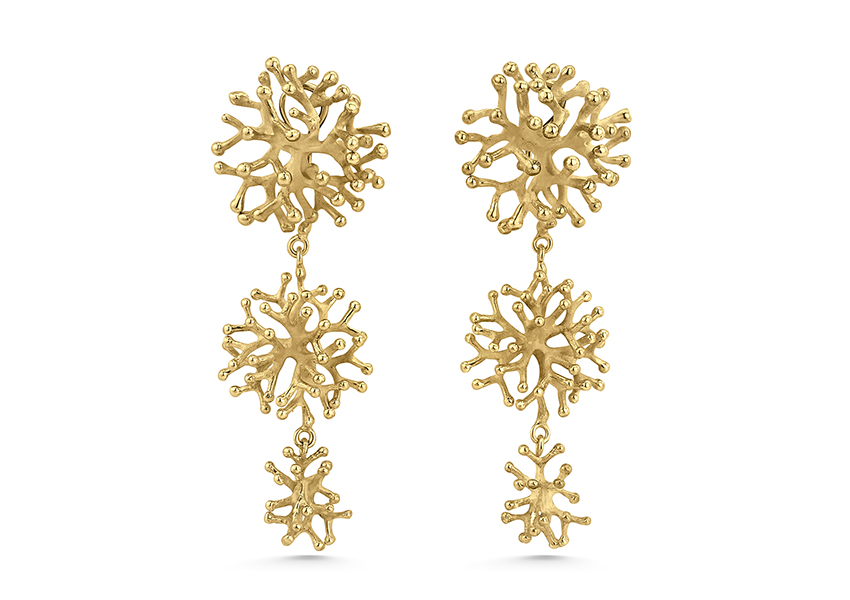 Looking at Lylie’s jewellery somewhat transports me back to the classroom; to tales of fallen Roman emperors and jewels unearthed centuries after they were made. And, indeed, it was an exhibition of just such hidden historical treasure that inspired founder Eliza Walter to embark on building her own glittering empire.

“Seeing The Cheapside Hoard at the Museum of London in 2013 was a pivotal moment for me,” says the designer, who bestowed her nickname Lylie to her jewels.

The Cheapside Hoard was a similarly seminal moment for jewellery historians everywhere. Uncovered accidentally by workmen in 1912, it is the largest single collection of Elizabethan and Stuart jewellery ever discovered, and had lain untouched and hidden for 300 years until its discovery. The jewels provided insight into how craftsmen of this era worked and helped historians better understand the type of trade routes that were flowing into London at that time thanks to the origins of the gems.

“I return regularly to the exhibition book for inspiration,” says Walter. “I am inspired by history, the idea of buried treasure and craftspeople’s skills, metal textures and finishes.”

Indeed, browse her collections and you’ll find echoes of times past in her roughly textured yellow gold. Celtic-inspired bangles look as though they could have been lifted from an archaeological dig rather than a modern jeweller’s bench, and a barely visible image of Madonna and child peep out from a pendant that has seemingly been eroded by time.

Yet for a jewellery designer enthralled by history, Walters is working in a very modern manner when it comes to sourcing her gold and silver. Like many designers, she prefers to use recycled precious metals for Lylie’s jewels, but rather than simply ordering such bullion at the usual places, she’s pioneering a brand new way of reusing metal in jewellery by plundering gold salvaged from discarded electronics and dental waste.

“In this age of technology, with rapid advances and built-in obsolescence, enormous amounts of electronic waste are produced,” she intones on her website. “A typical mobile holds 0.2g of gold, and, with an average life expectancy of just 22 months, extracting it and refining it results in a lower carbon footprint than primary-mined gold.”

Lylie’s also encourages its customers to scrap their unwanted or broken jewels by sending them in. They receive store credits towards purchases of new Lylie’s jewels for the amount of the scrap price. Not a bad incentive for anyone currently building up the strength for a January wardrobe clear out.

“If the client is recycling any of their own metal, we do ‘can’ casting, meaning we reuse the exact metal and melt it in its own flask,” says Walter. “If more metal is needed, we add additional salvaged precious metal. If gemstones or diamonds are being reused too, then we remove, repolish and then set them into the pieces. Otherwise we use lab-grown gemstones and cultured pearls.”

Lylie’s is very much a British brand. For its main collections – including new line Sea Treasures, which launched at the Christmas Jewellery Pop Up Shop in November and is set with recycled aquamarines, lab-grown peridot and antique diamonds from a 1920s cigarette box recycled by a client – Walter works with wax carvers in London’s Hatton Garden, CAD designers in Sussex, casters in Melton Mowbray and finishers in Birmingham. Her bespoke designs, a process that takes eight weeks from consultation to completion, are all made entirely in Hatton Garden.

The desire to create a very British brand was instilled in Walter when she interned with luxury jeweller Boodles in Liverpool, which she describes as “a wonderfully British business and one I hugely admire”. She also has a shining example of best of British in her mentor, Annoushka Ducas, founder of Annoushka and Links of London – two successful British jewellery exports. “I met her at an exhibition opening,” says Walter of the chance encounter two years ago that led to her having one of the industry’s most respected designers watching over her progress.

And, right now, progress is limited to her downtime, as Walter is somehow miraculously running Lylie’s as somewhat of a side hustle. “I still work full time in the art world and run Lylie’s in the mornings, lunchtimes and weekends,” she says. Walter is a trained goldsmiths, however, having studied at the British Academy of Jewellery after graduating from the University of Bristol. Though her gemmology skills, she admits, come from YouTube. “I couldn’t afford the gemmology and diamond grading courses, so I taught myself through asking lots of questions and YouTube.”

While one imagines it is a somewhat exhausting existence, this dual career is not too different from her life up until now, which has always included jewels in some way. “I have been selling my jewellery in different ways since I was little,” says Walter. “From beaded jewellery to teachers, school friends and in local shops whilst at primary school, to setting up a jewellery social enterprise whilst completing my BA at University of Bristol, which funded a community project called Bristol Art Club.”

Bristol Art Club, she is pleased to report, is still running. As is Walter, as she battles through a current rush of engagement ring orders, keeps up the day job, and continues to shake the jewellery status quo through her history-inspired jewels with a thoroughly modern purpose. 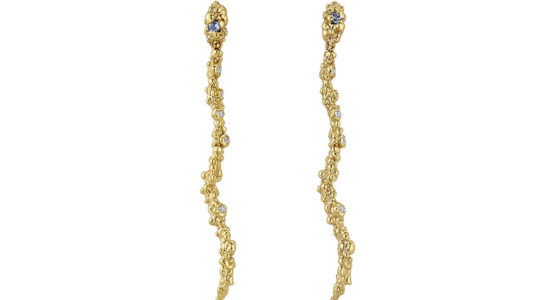 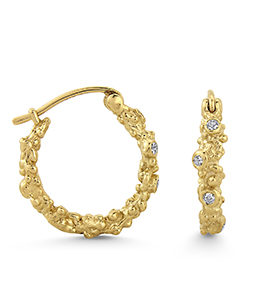 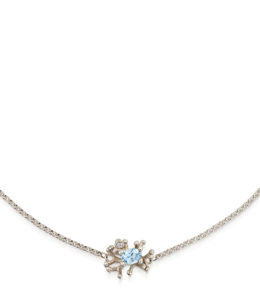 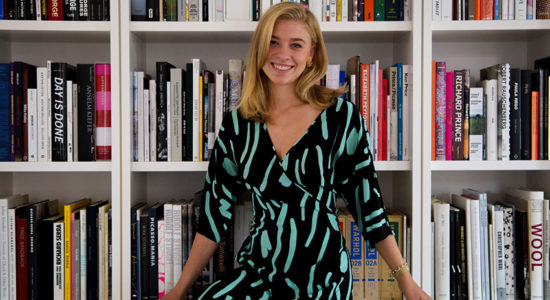 A typical mobile holds 0.2g of gold, and, with an average life expectancy of just 22 months, extracting it and refining it results in a lower carbon footprint than primary-mined gold 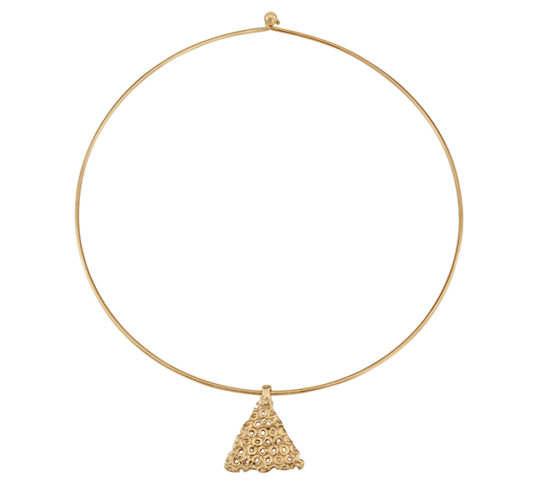 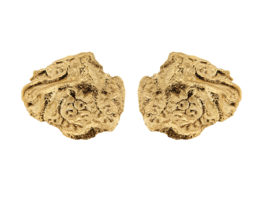 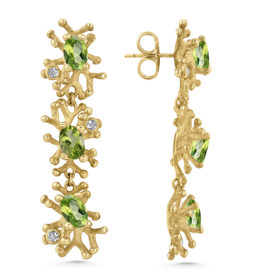 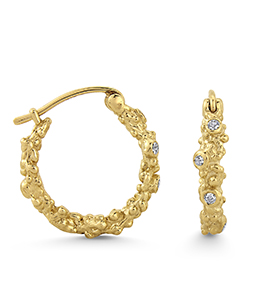