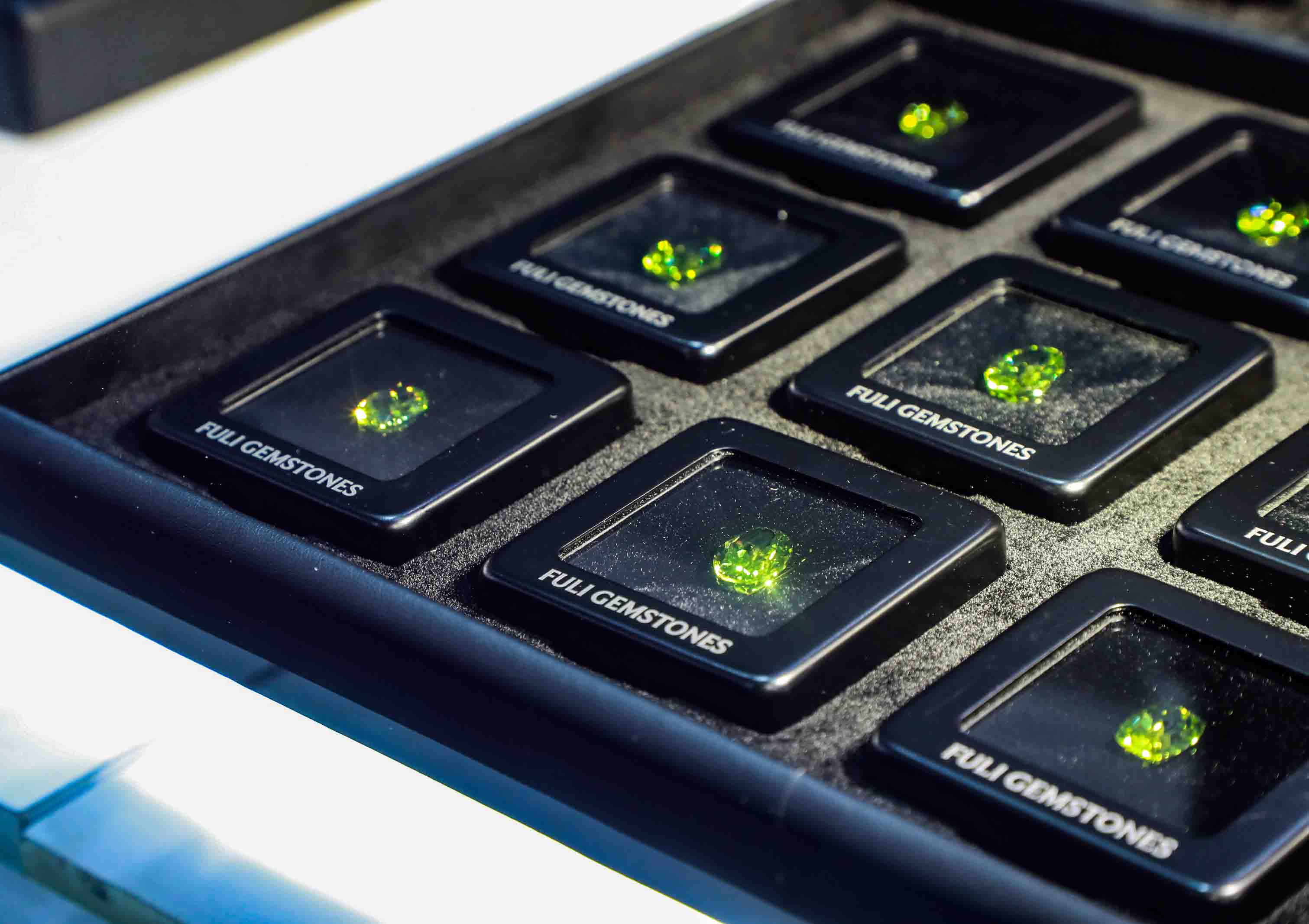 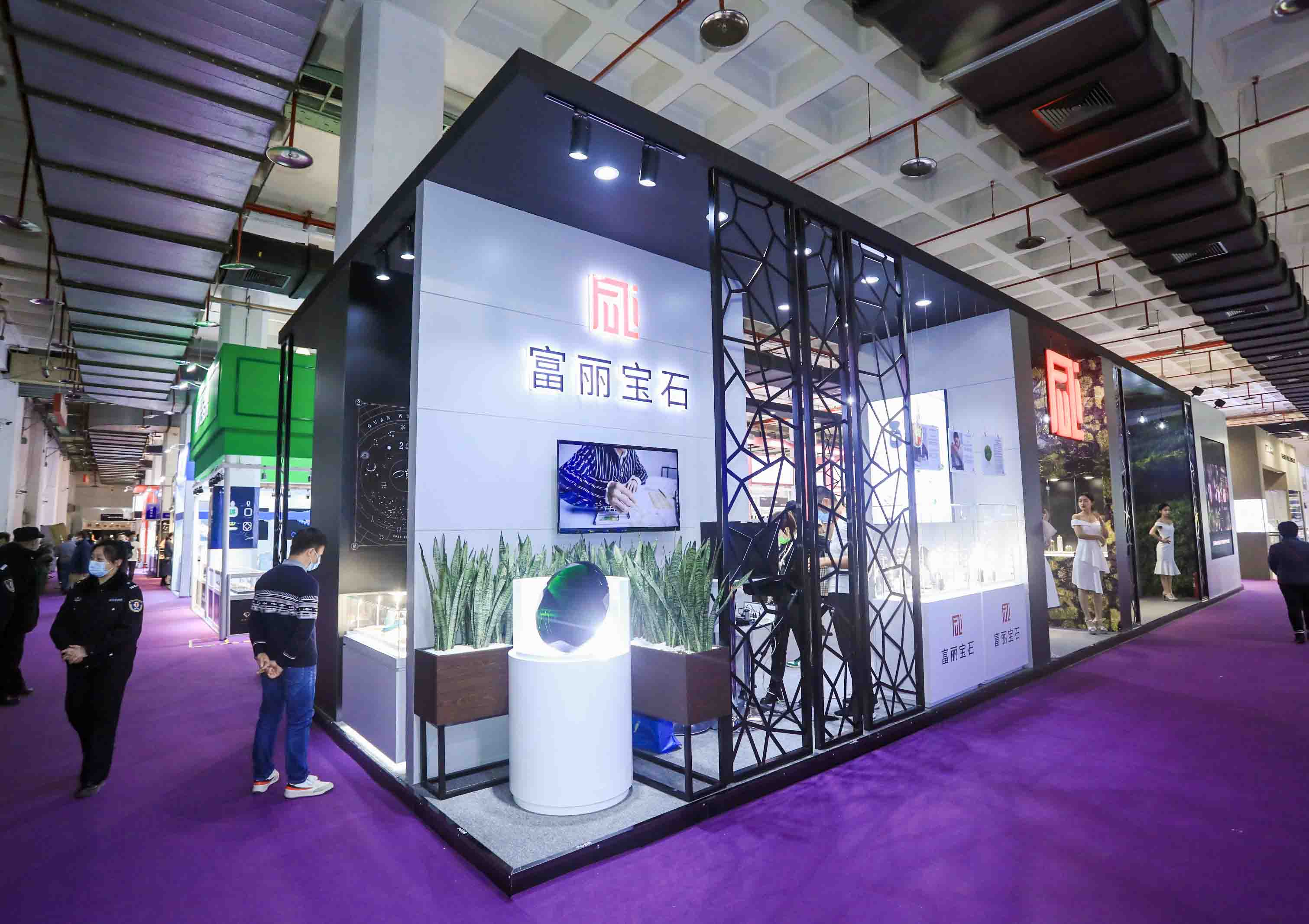 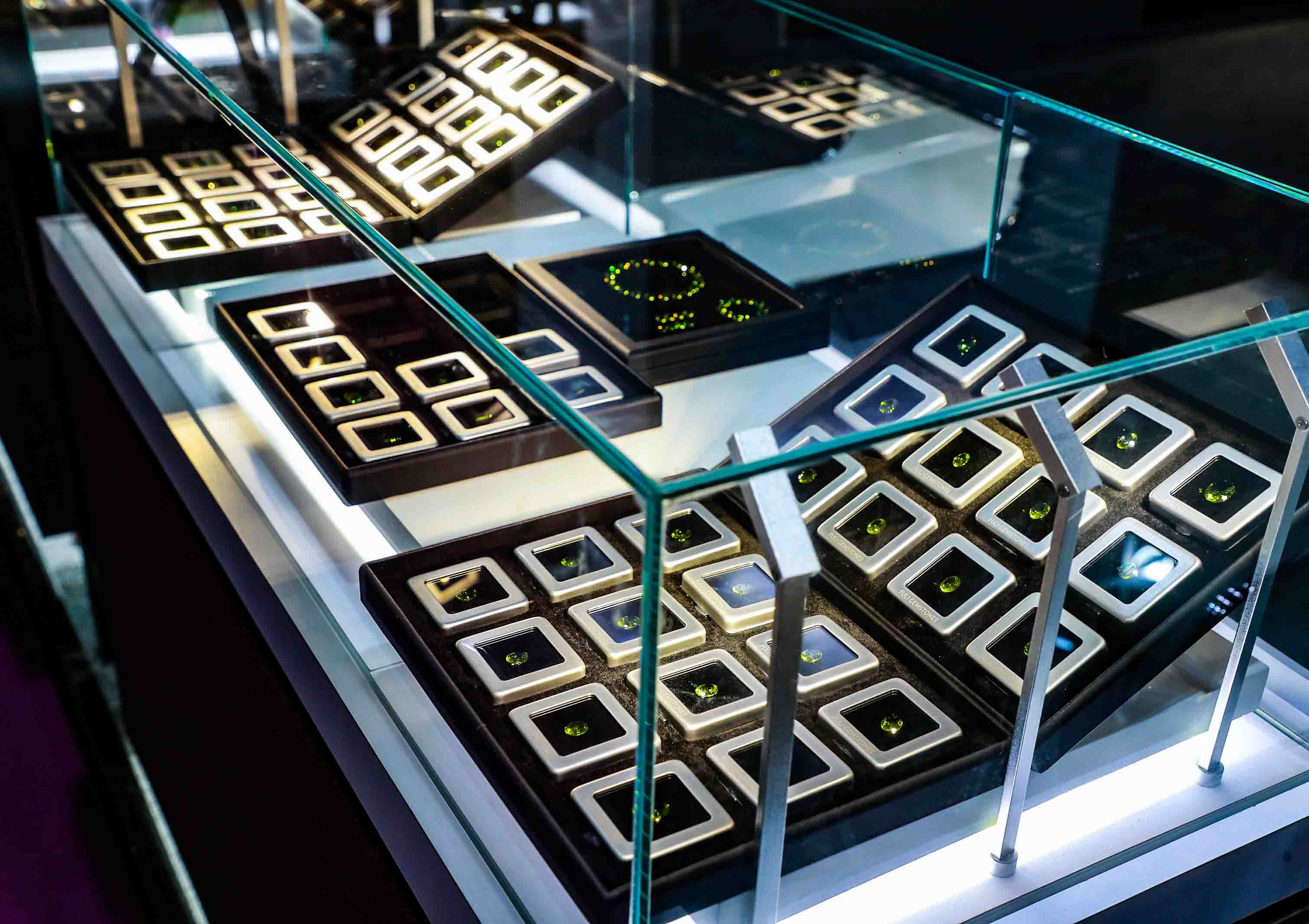 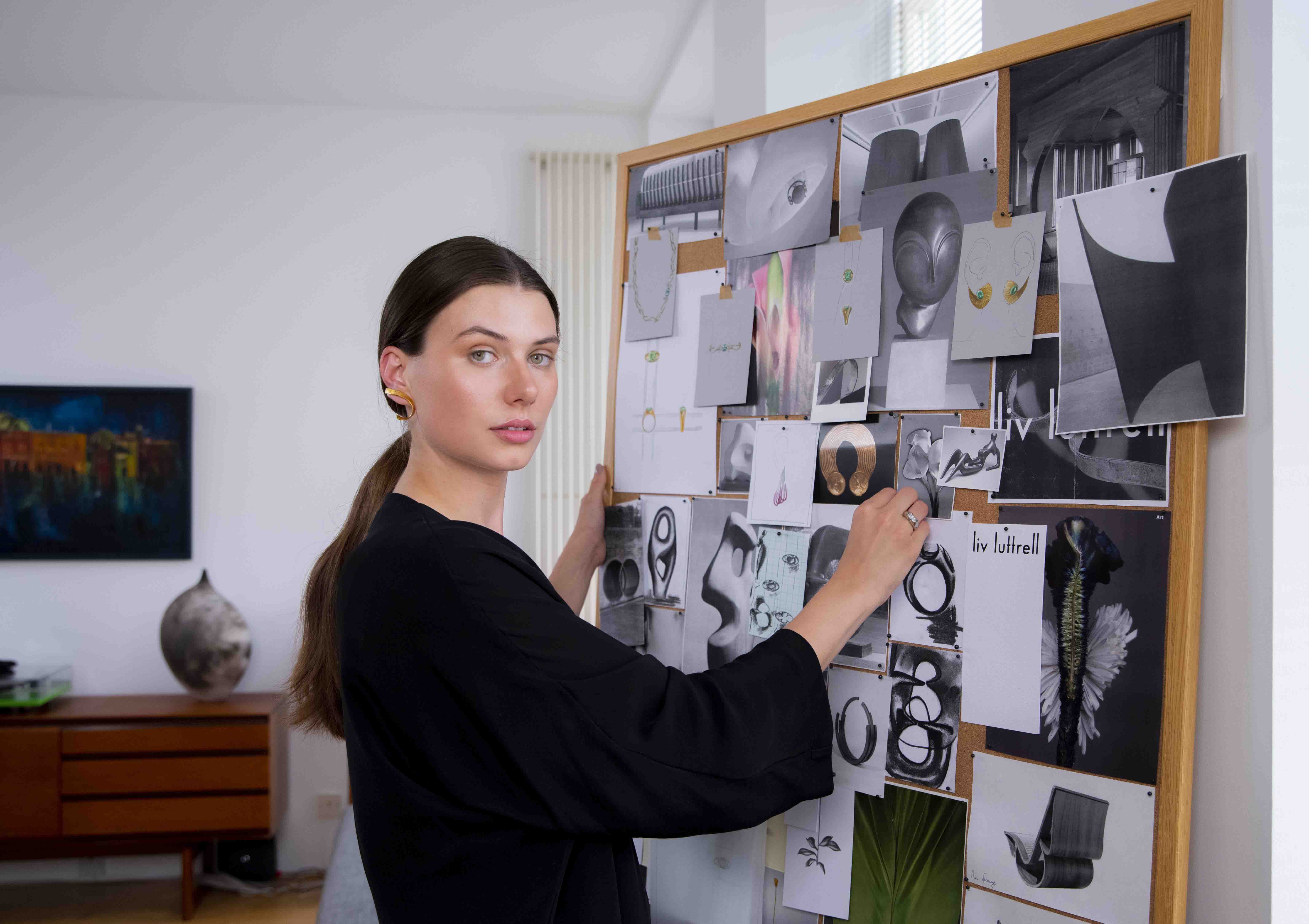 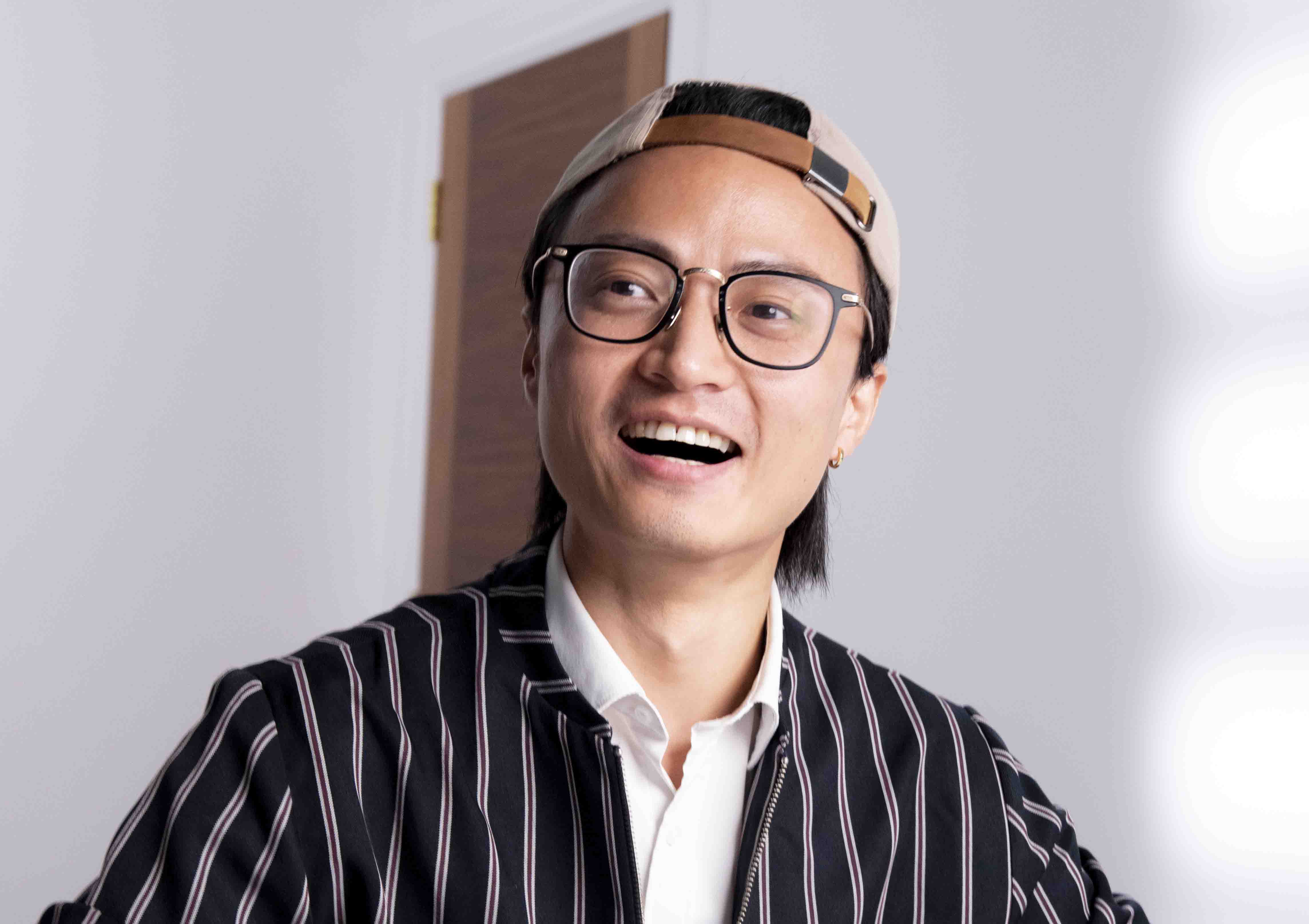 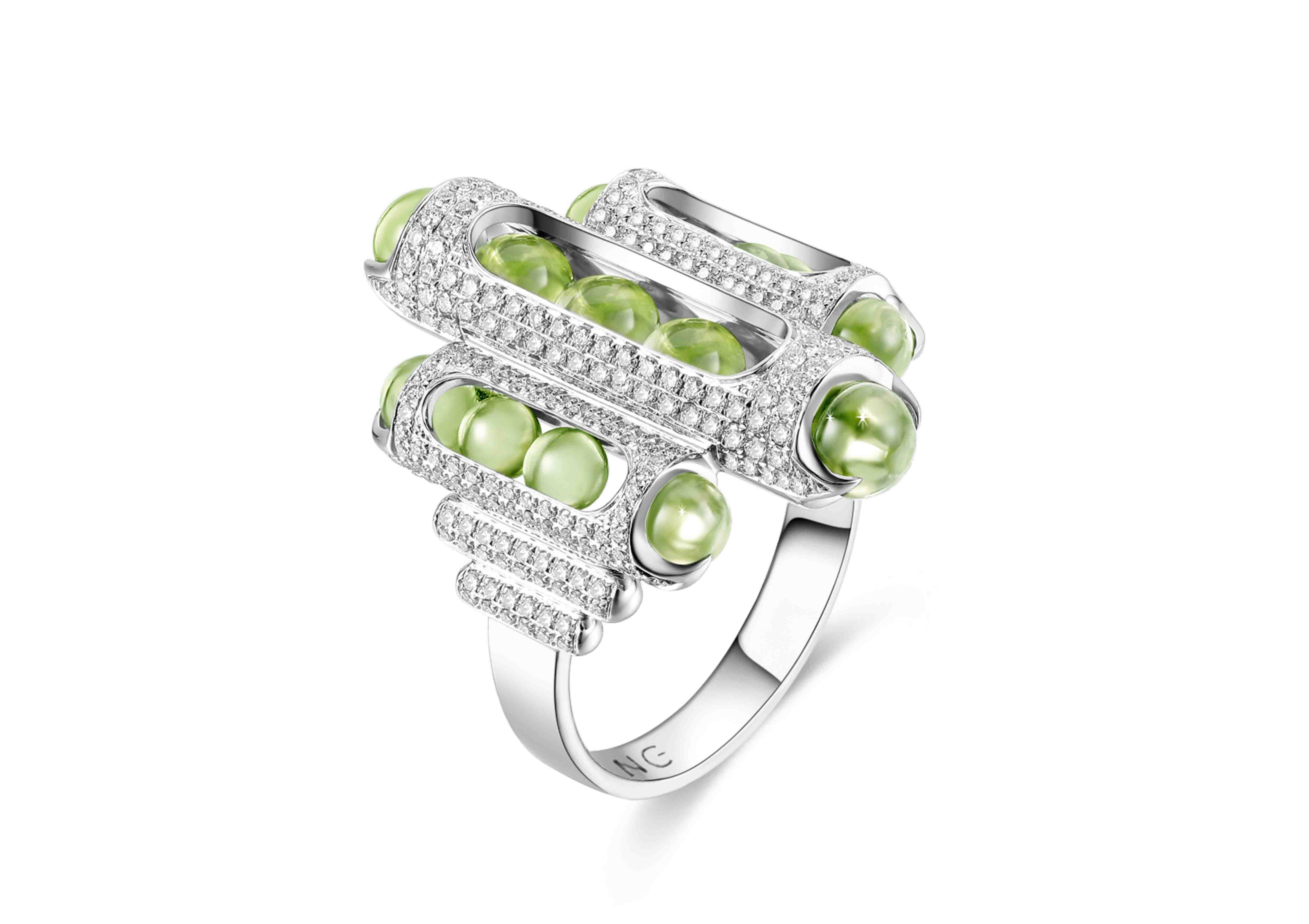 Two UK-based jewellery designers made their debut on the Chinese stage in the past week, as Liv Luttrell and Zeemou Zeng showcased their work at 2020 China International Jewellery Fair in Beijing.

The jewellers were invited to showcase their designs at the fair as part of a collaboration with Fuli Gemstones, owner of the world’s largest-known peridot mine, located in Dunhua, Jilin, China. Both Zeemou and Liv have created rings set with Fuli Gemstones peridot.

“Most of the shows and exhibitions have been cancelled all over the world this year because of the pandemic, so we were so delighted that the China International Jewellery Fair happened,” said Zeemou, who is shortlisted for Young Jewellery Designer of the Year at the UK Jewellery Awards 2020, taking place digitally on December 16th, 2020.

“As a Chinese designer collaborating with the biggest Chinese peridot mining company – Fuli Gemstones – having my Melody Fuli Gemstones peridot ring showcased in China is absolutely so exciting and means a lot to me. This is the first time Zeemou Zeng Jewellery has showcased in China. I do hope Chinese customers enjoy my unique design and fall in love with peridot as much as I have.”

Zeemou added Fuli Gemstones peridot to a ring in his Melody collection of kinetic jewellery, which plays on movement. Gemstone rounds are trapped in columns of gold that hold them securely but allow the gems to roll from side to side with a pleasant clacking sound.

This was also the first time that Liv Luttrell showcased in China. The London-based jeweller used a Fuli Gemstones peridot in her Spear Tip ring, a bold design with highly polished gold that creates an almost mirror-like dome beneath the gem to accentuate its colour.

“I love working with unusual gemstones and it was an amazing opportunity to work with a peridot of this size and quality,” Liv told The Jewellery Cut. “The stone really lends itself to my signature Spear Tip ring and the collaboration with Fuli was an incredibly dynamic process which encouraged me to engage with the design in a new way.”