As traditions shift and cultures merge, there is a new wave of contemporary Indian-infused jewels that offer a fresh perspective, so is this a new era? 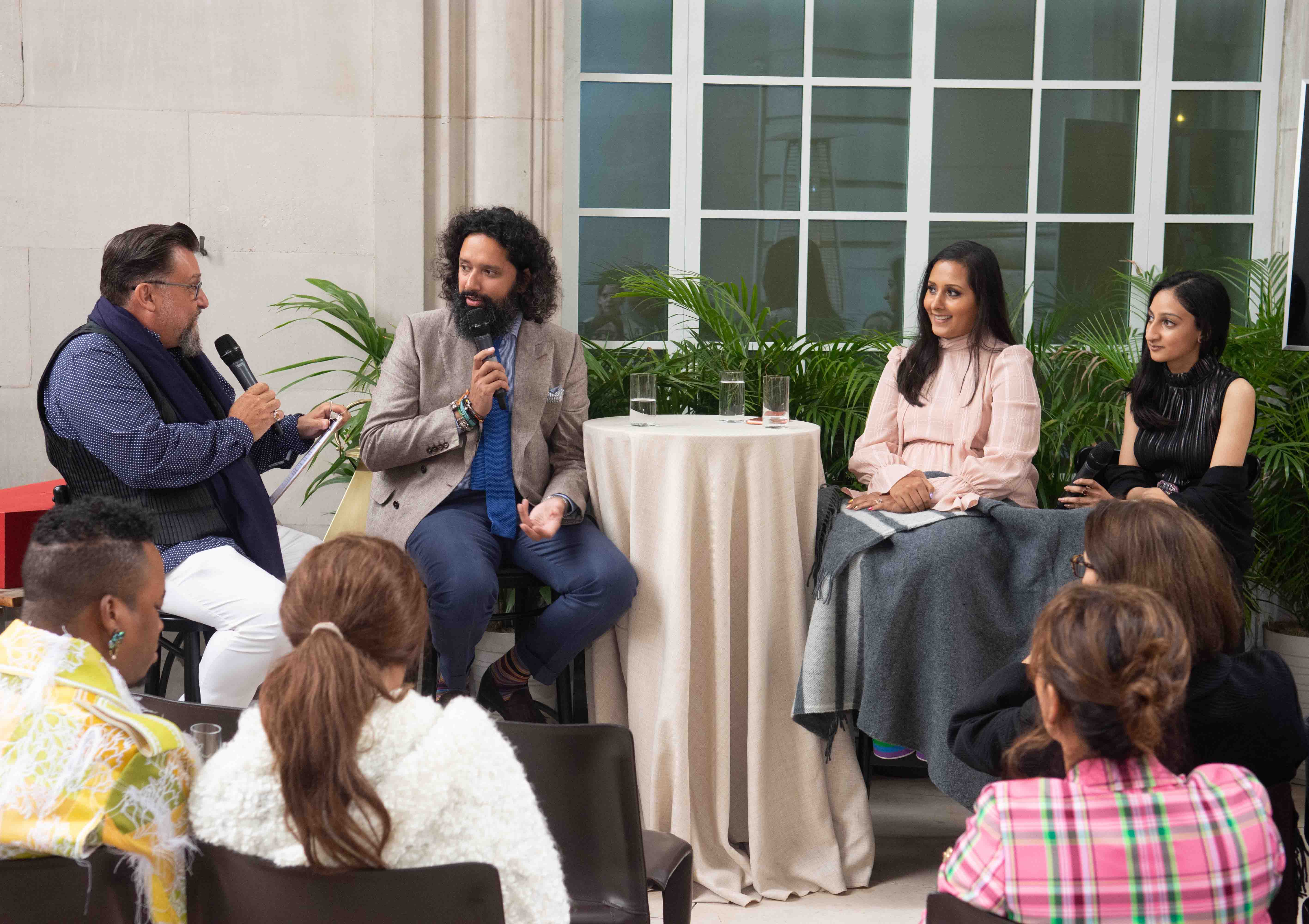 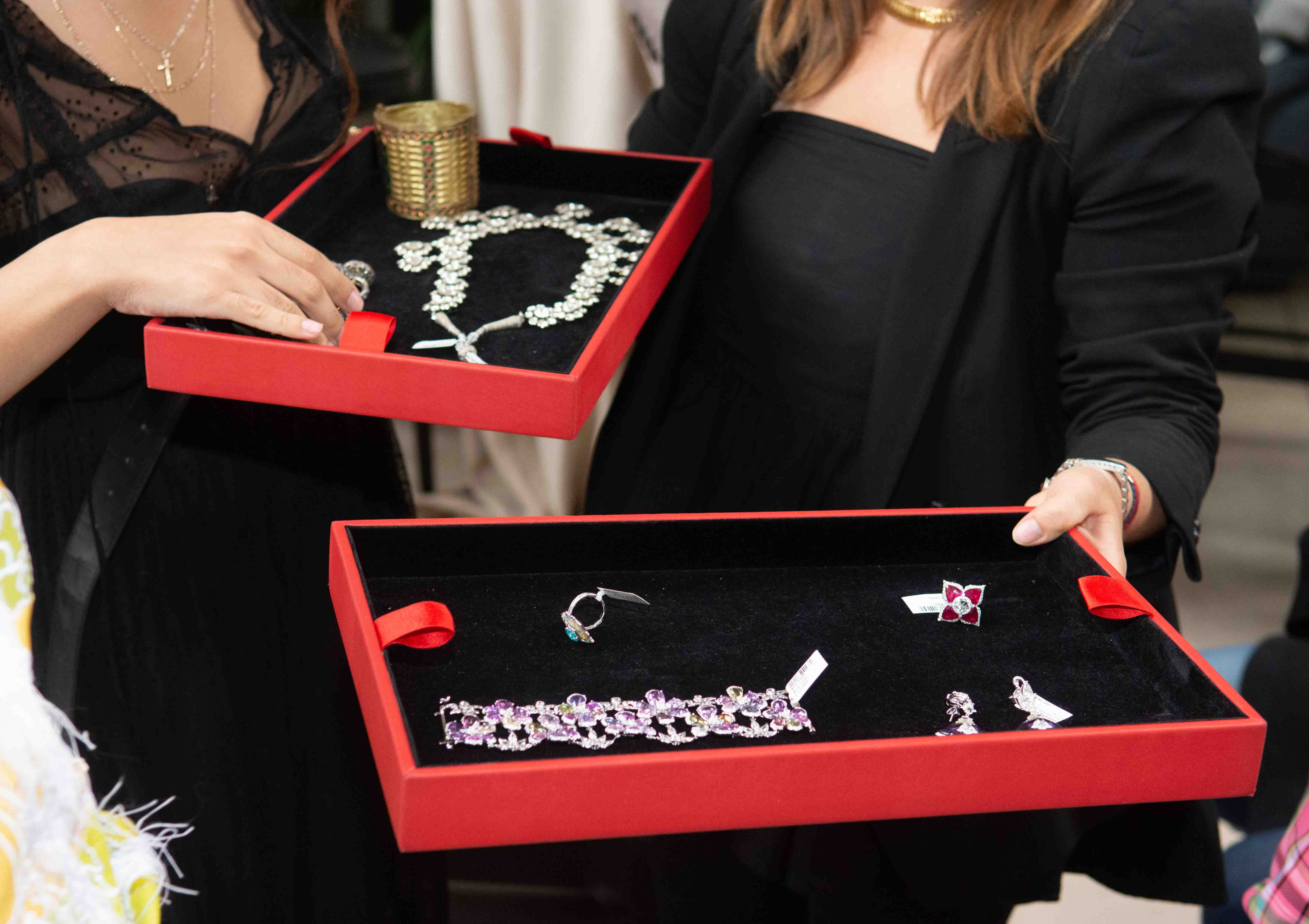 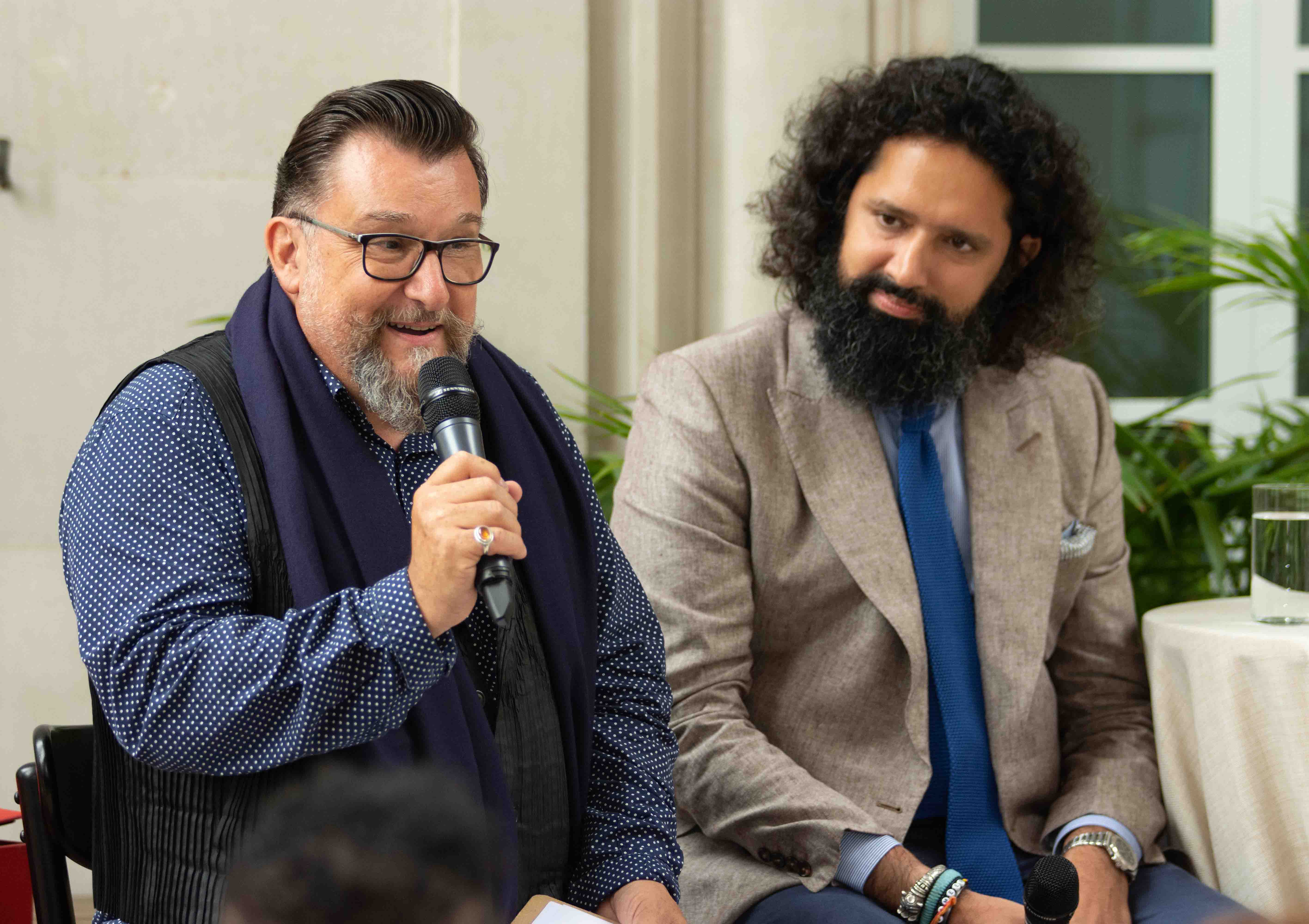 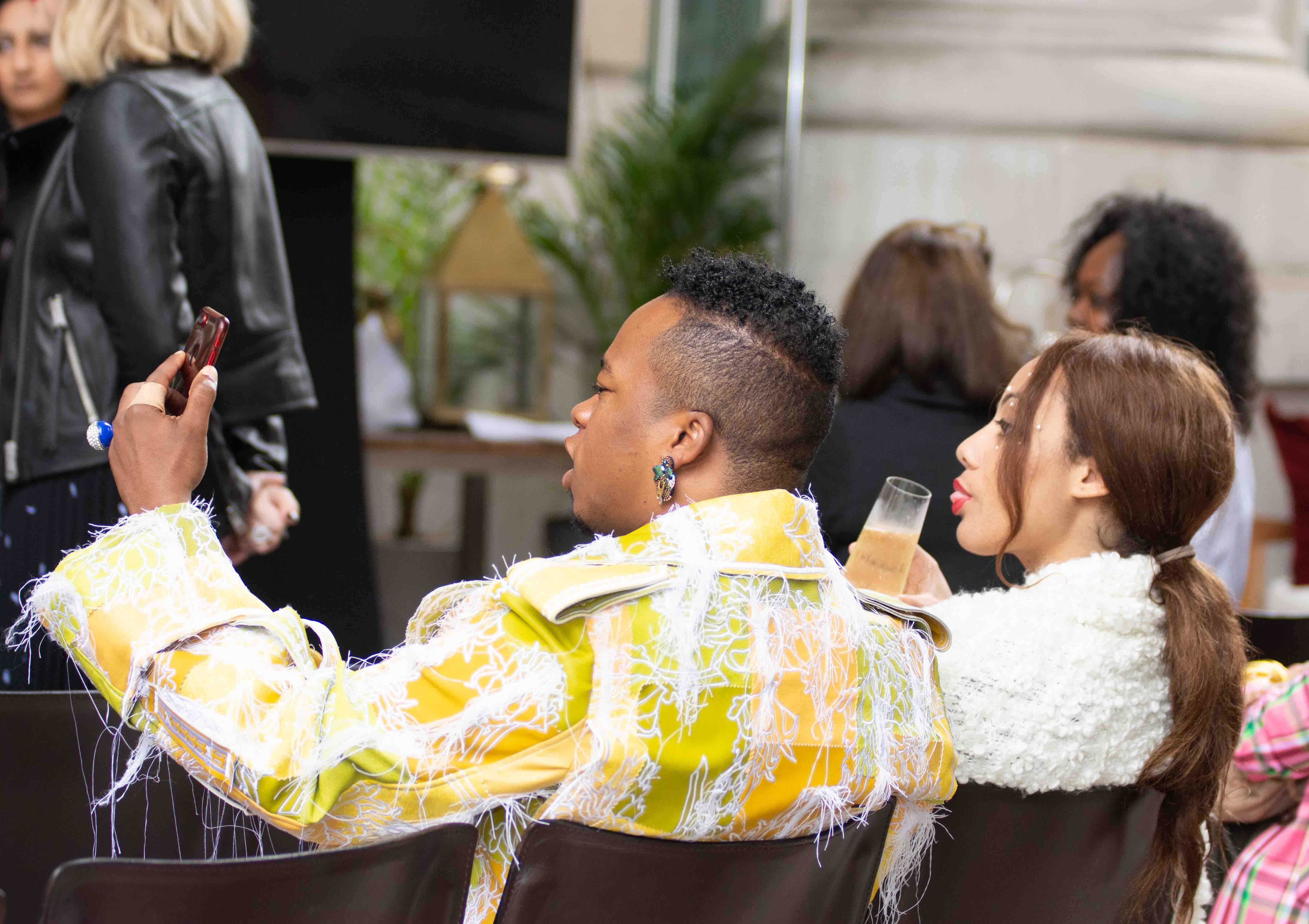 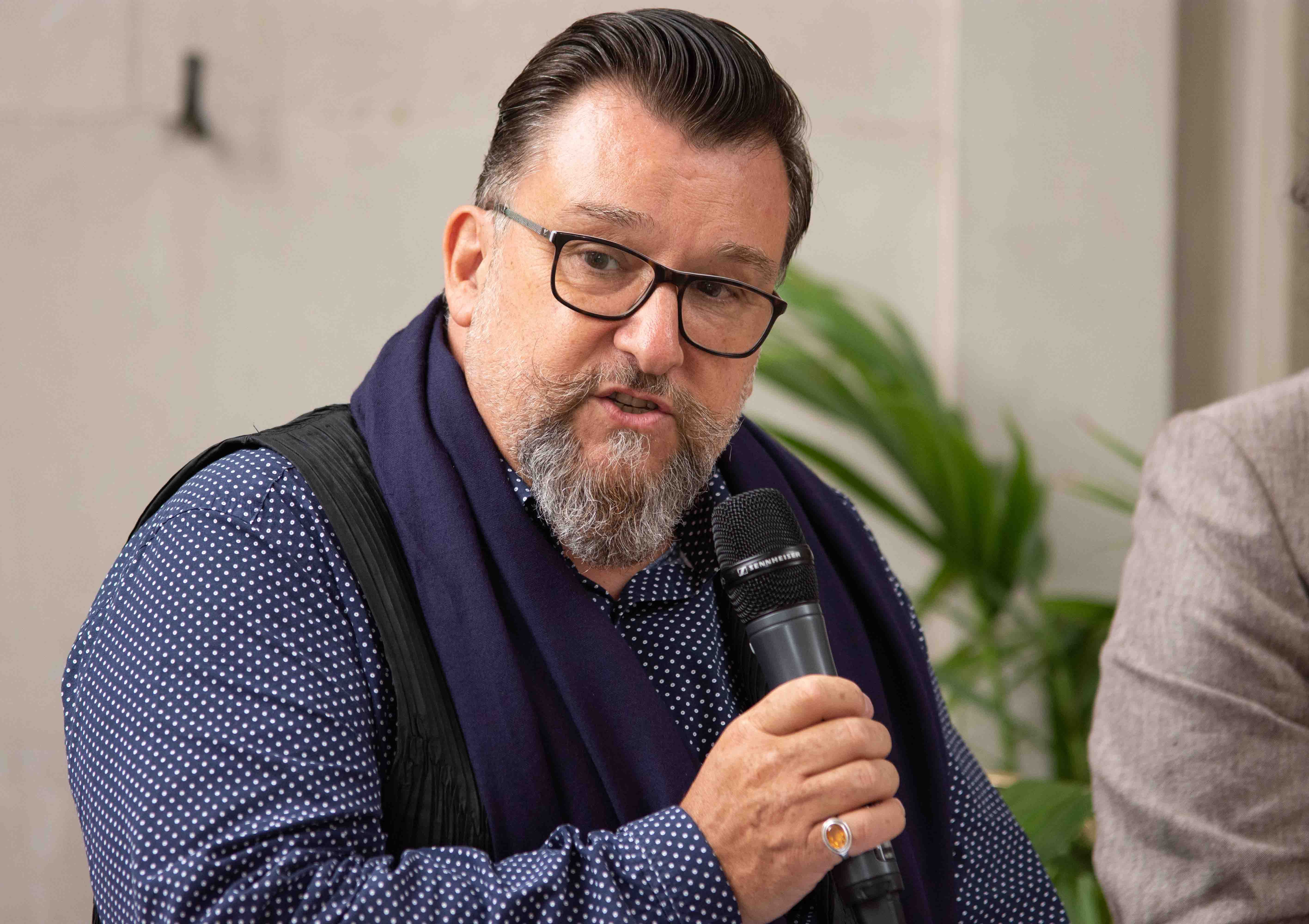 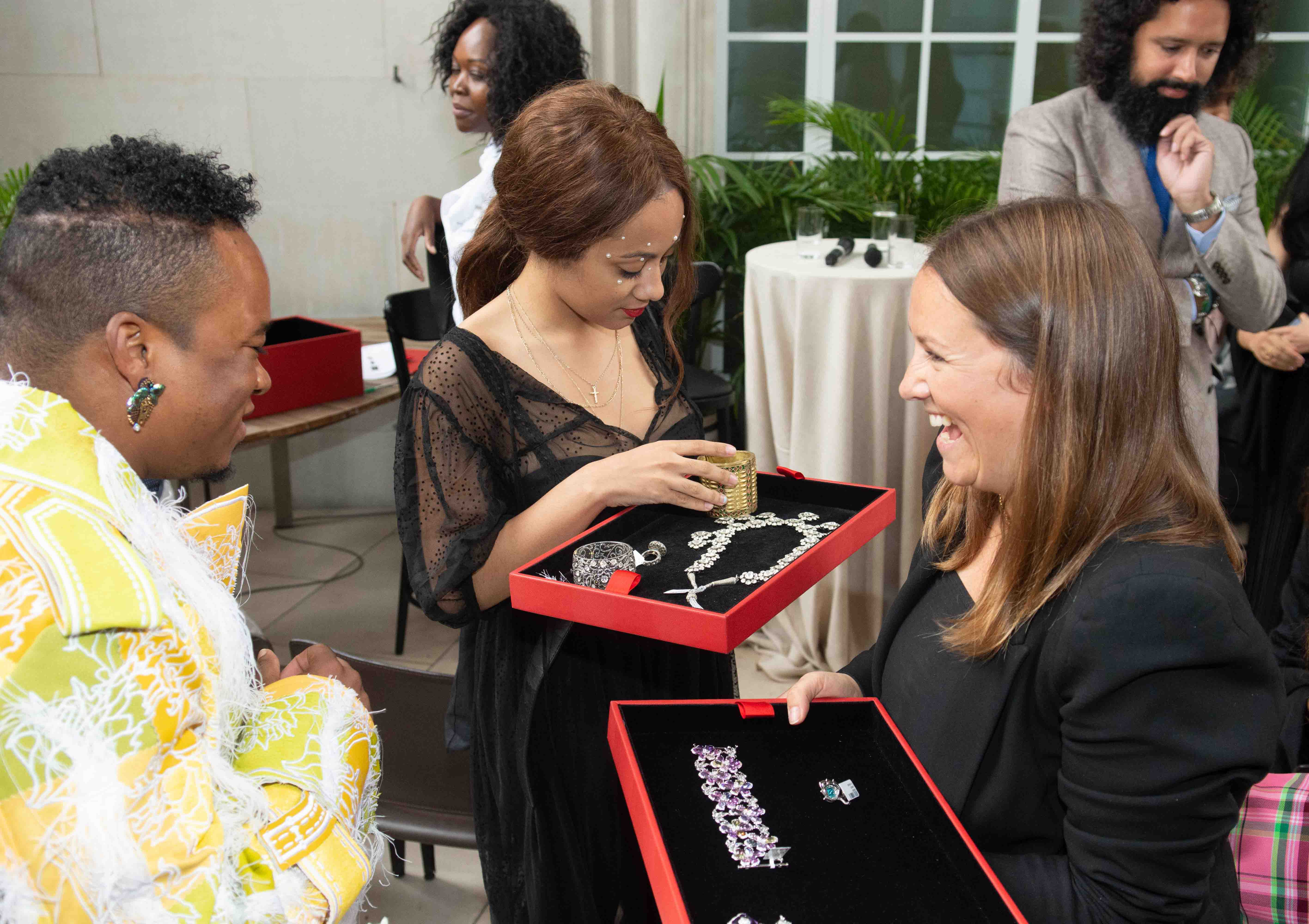 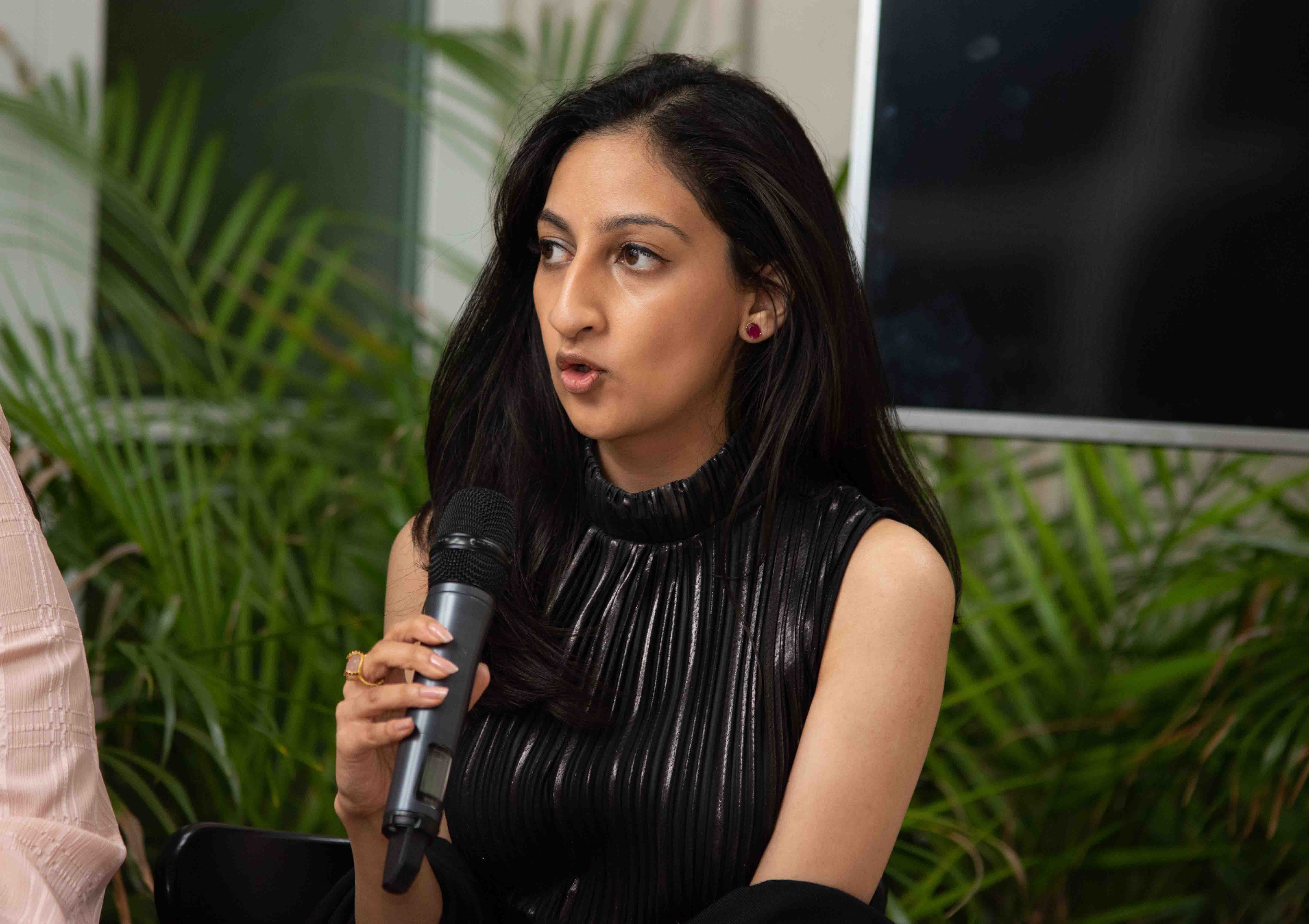 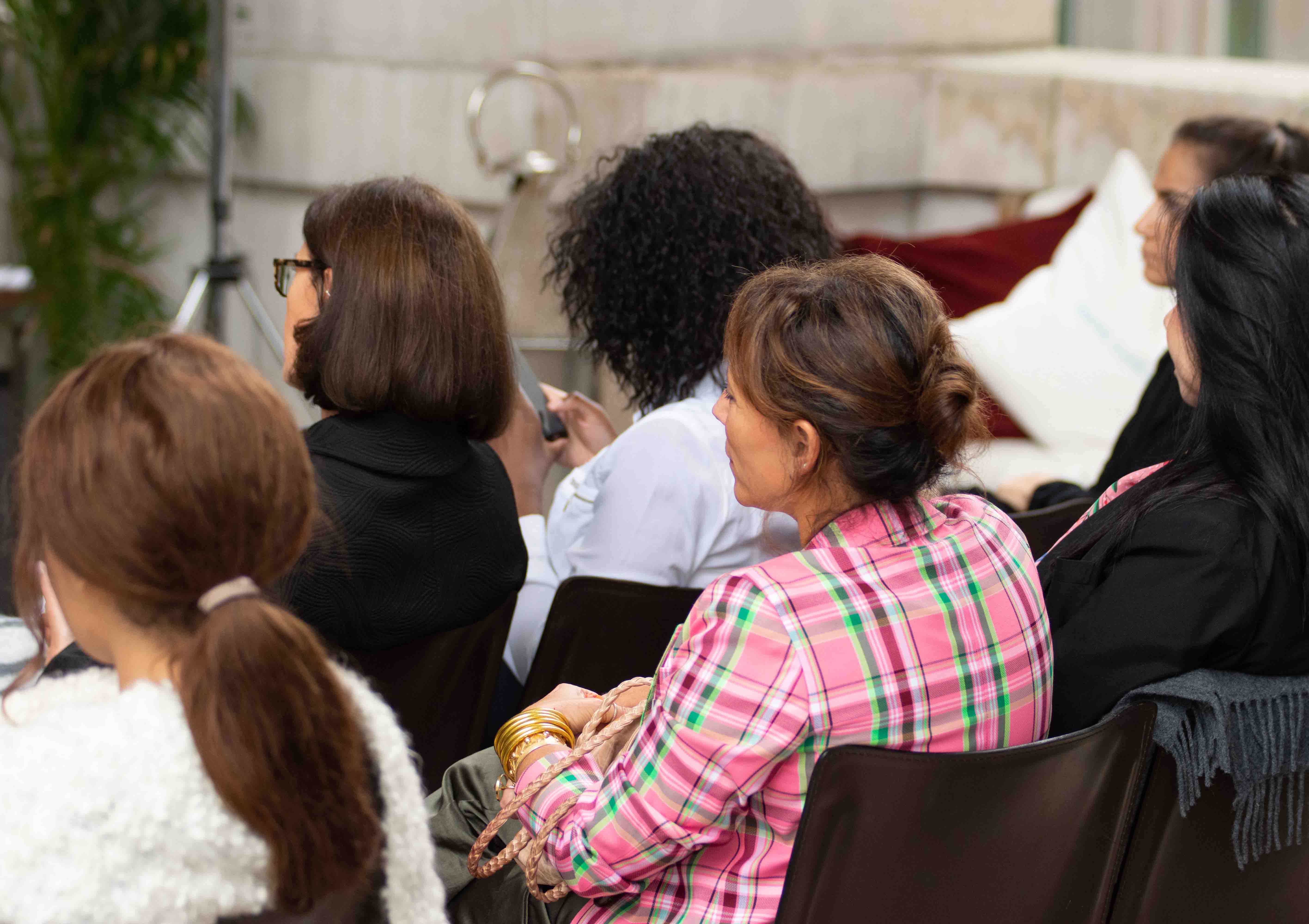 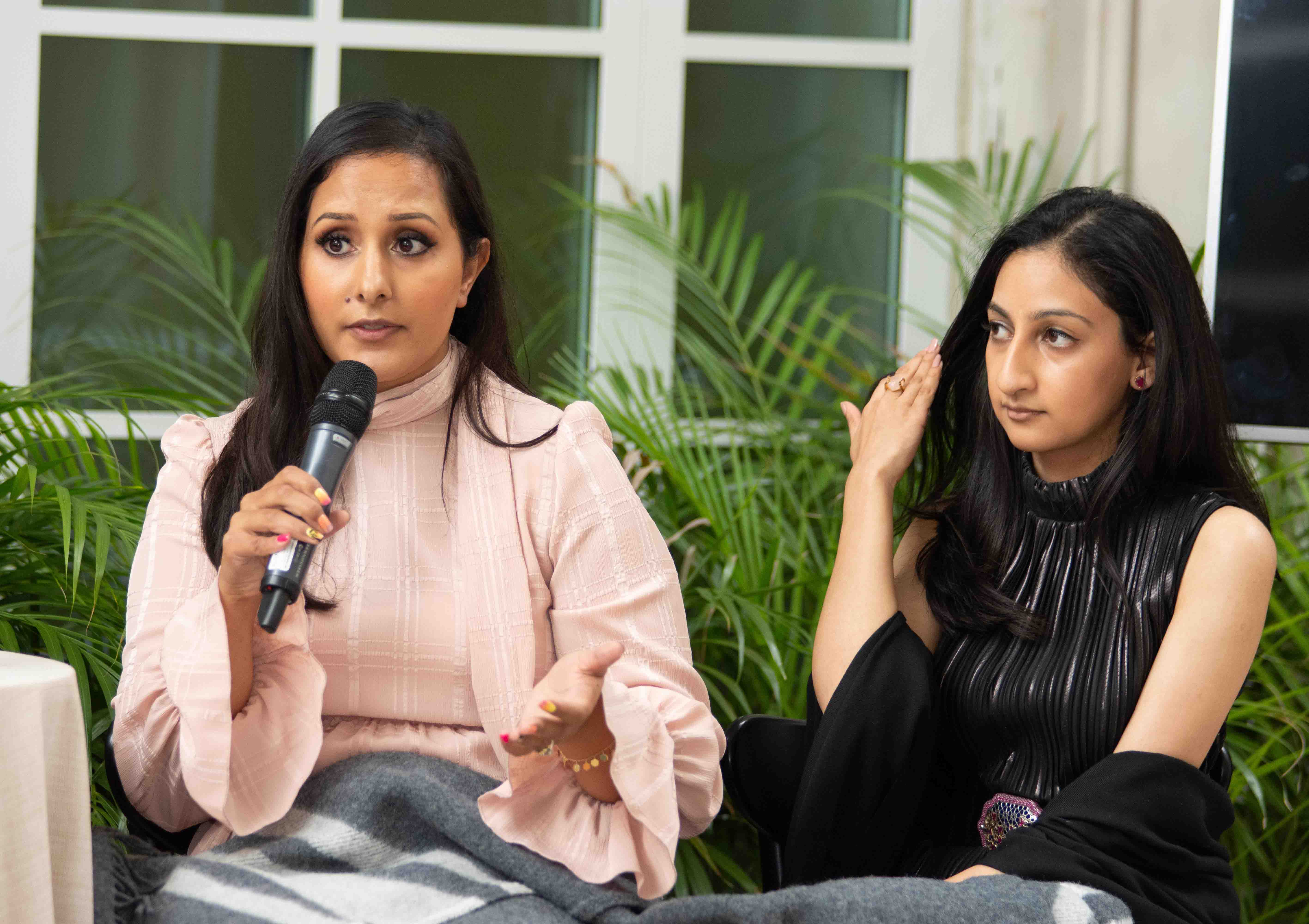 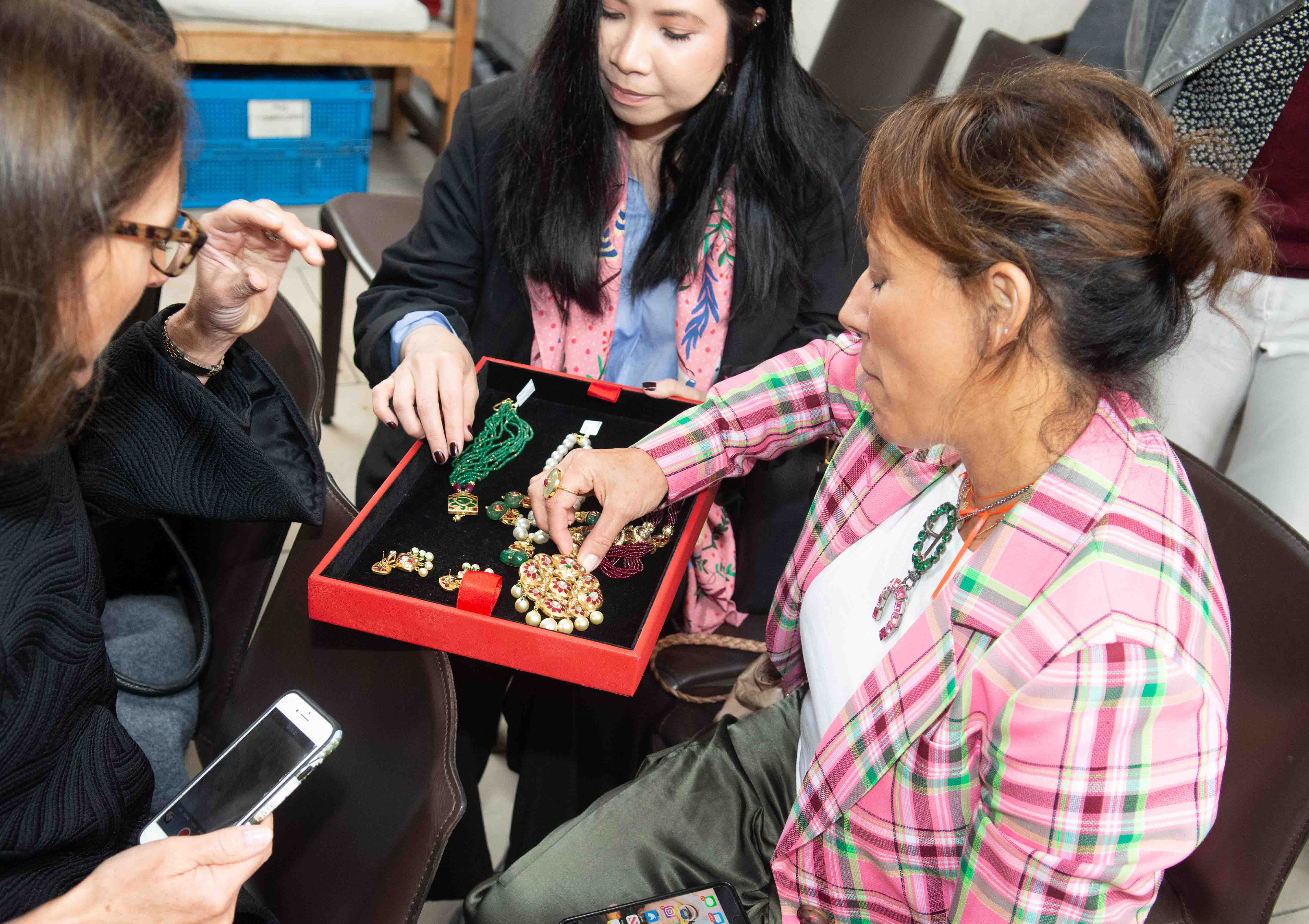 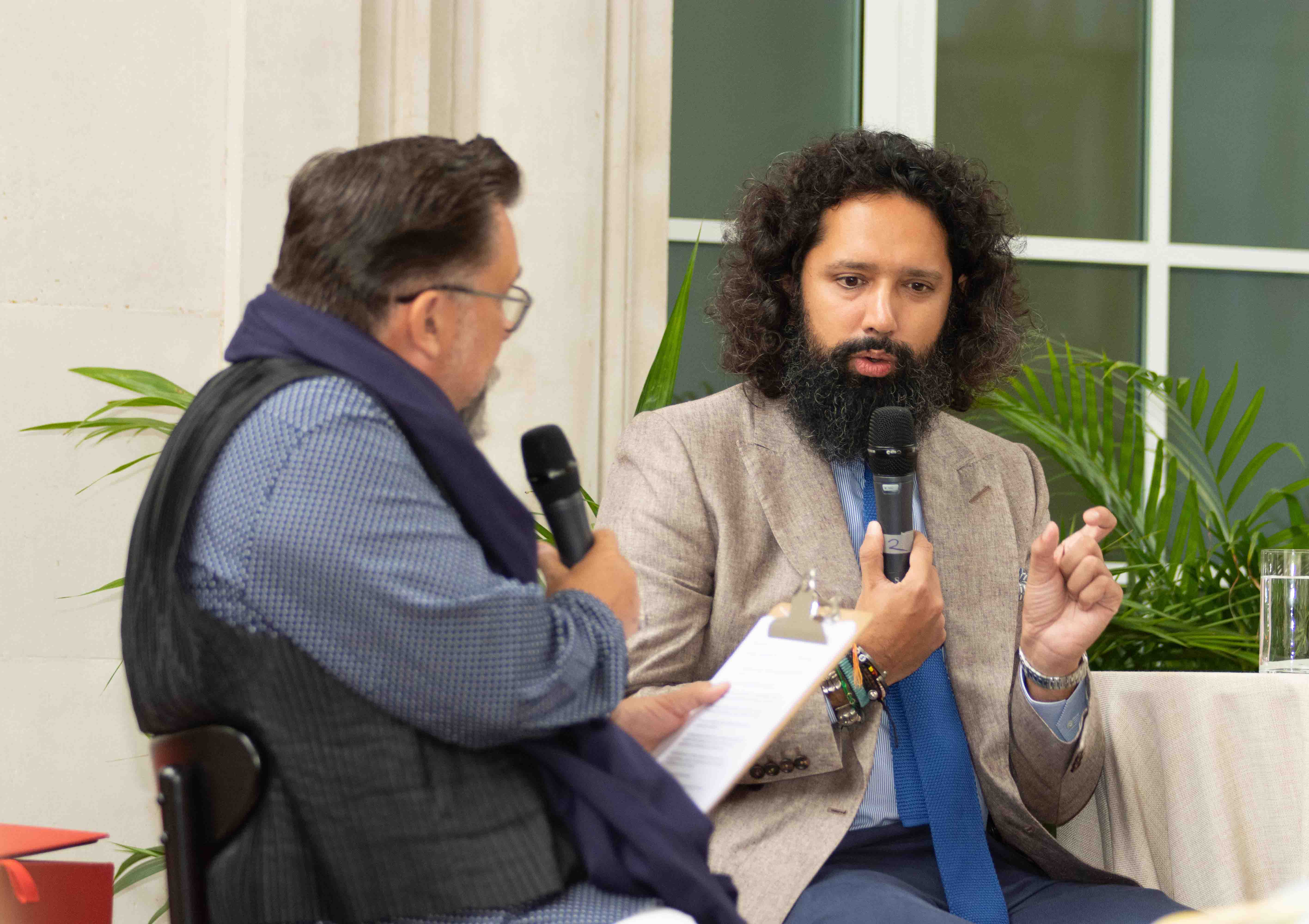 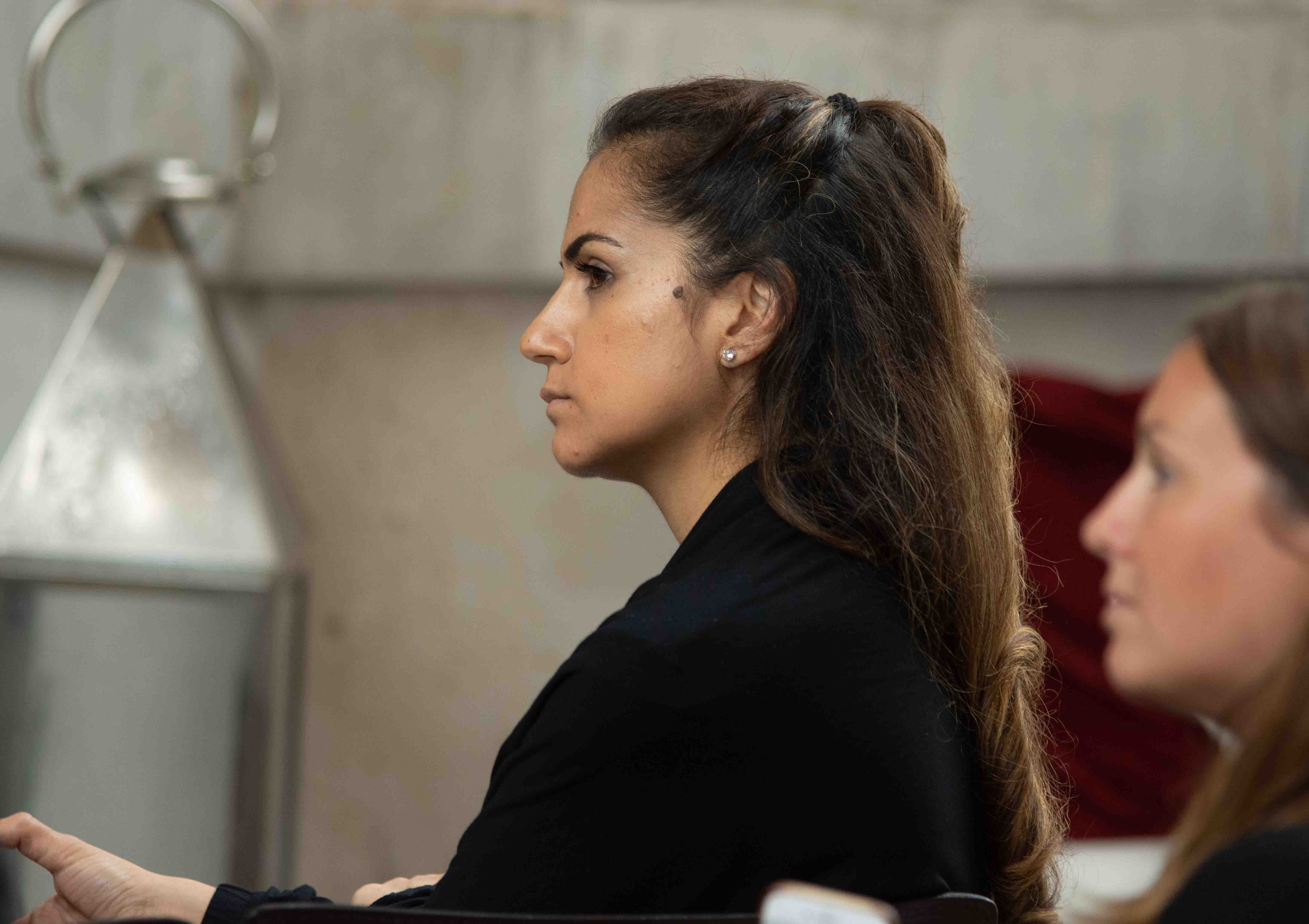 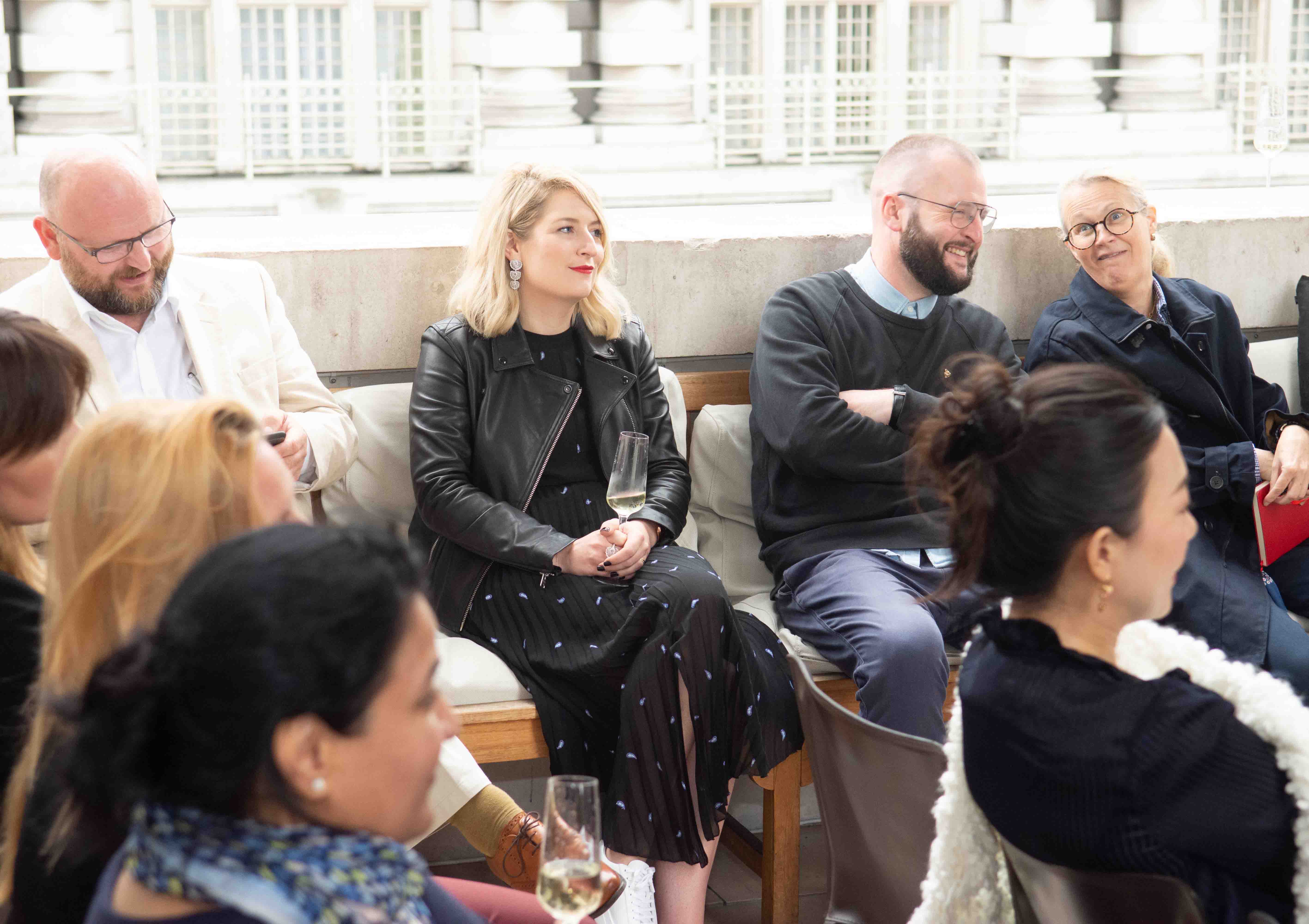 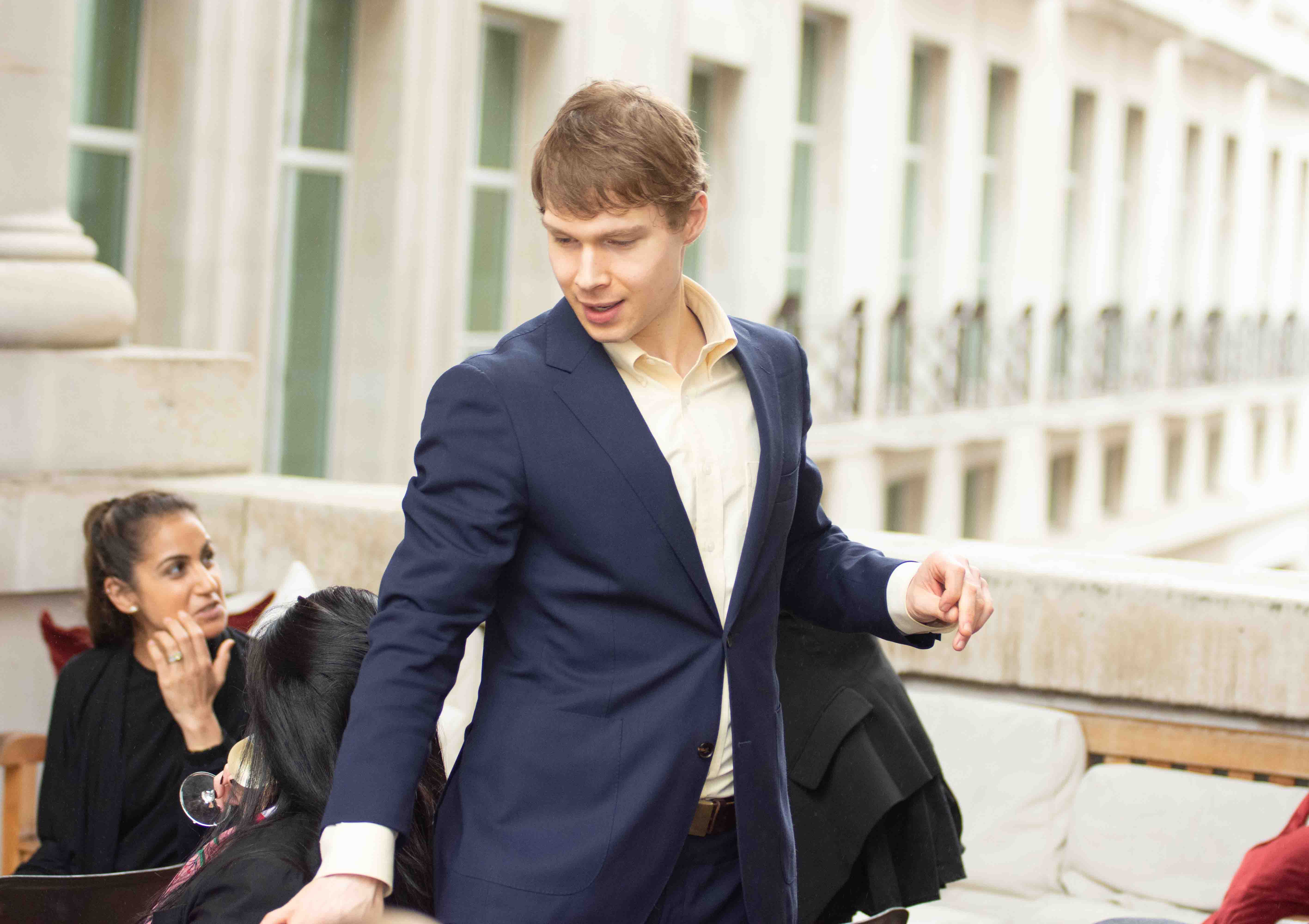 Every country has a jewellery claim to fame, but India’s connection with jewellery runs particularly deep. From its famous gem centres, like Jaipur, which cut many of the diamonds and coloured gemstones in our jewels, to the importance the Indian culture places on jewellery. It is more than just an accessory.

Many of the moments for which Indian families buy jewels are connected to traditions – weddings, the birth of a child – as they are for people all round the world, yet in these moments there is set jewellery etiquette. As a new generation starts to move away from these long-held traditions, and the heavy 22ct gold jewels that accompany them, we are seeing a shift in Indian jewellery buying habits.

There is also a new generation of jewellery designers to consider; designers that are serving up a perfect blend of contemporary styling and Indian influences that are hitting the mark with collectors in the East and the West.

These are just some of the topics that Simon Fraser, who heads up Central Saint Martins’ revered jewellery department, touched on when he chaired a panel discussion with Sameer Lilani of Amrapali and jewellery designers Ama Dhami and Akansha Sethi at The Jewellery Cut Live last September. Here is an edited extract of that conversation.

SF: “I’d like to declare an interest here, first and foremost because I have worked in India. In 1993, I was at the National Institute of Fashion Technology in Delhi, when it first opened its accessory design department. I had a sense that Indian families shopped with their local jeweller. You went to see your local jeweller, preferably with a page from Vogue, and said I love those Cartier earrings, what can you do for me? Is that something that you guys still understand about the way that Indians are shopping?”

AD: “[My mum’s family] go to the same guy in Ludhiana, which is in Punjab, to see the kind of jewellery that we need for certain occasions, say when you get married. As an Indian getting married, there’s all these beautiful gifts that you’re given but you always get them from Indian jewellers because there’s always trust in the history that you have with those people. You still go back to the same people again and again. There is such a variety there is so much choice – they just feel comfortable doing that and it’s a good price.”

SL: “I think there’s definitely an element of going to your family jeweller in India, but I think it’s been greatly diluted over the last generation and last 20 years. I think more and more people want brands and they have an awareness of what’s happening in the West. That’s why we need to stay ahead of the game and that means developing things like lotus motif cuts for stones, which your family jeweller can’t do. That’s why we’ve spent the money on the research and the development and the time to be able to do that. If you want a lotus motif ruby or diamond you have to come to us.”

SF: “All three of you say you’re inspired by Indian history. How does the narrative work for you?”

SL: “We have a rich jewellery culture in India and it’s often about taking elements, or a single element, such as a way of enamelling or a setting. It’s about making it relevant to your audience.”

SF: “So you’re saying Indian jewellery contains a lot of ideas; it’s got a lot of narratives going on at the same time through the material, through the techniques. But if you start to strip those things back so you’re only working with one element, how does this work?”

AD: “If you look at a building like the Taj Mahal, for example, it has so much delicate, beautiful details and ornamentation and it also has very beautiful clean lines with these large vaulted gateways and beautiful plays of symmetry across the building. Even though they have this complexity, people also like simplicity. With my pieces, I try and integrate those together. I have enamelling on the back of my jewellery. I am hiding the enamel because it’s the beauty of the unseen, and for me that’s your mind, your soul, your personality. All these elements that you sometimes pass by because we’re part of an Instagram generation; we’re so good at seeing what’s on the outside. So, I’m using the enamel from that traditional technique but to represent a very different concept. I created those elements together but still kept it simple.”

SF: “Who is your customer? Is she international?”

AS: “It can be more focused on international, but that doesn’t take it away from people in India, because you’re still representing India itself within those pieces. Whether that be through places they can relate to or maybe even places that they haven’t visited because they take it for granted.”

SF: “Sameer, you’re in a good place to tell us how you think the contemporary Indian market is changing.”

SL: “We’re finding contemporary British Indians when they’re getting married, they don’t want to spend a huge amount on their wedding set and they’d rather buy in silver and gold plate but in the right look, and then buy things which they may wear, like a tennis bracelet, engagement ring and diamond studs. So tastes and times are changing, but they still want to keep in touch with what their heritage should be.”

AD: “I think this sort of traditional buying of these jewels will stop at a certain generation. We’re going to have this dowry system also stop. I know I’ve just had a baby, and there is no way I am buying his wife 50 sets of diamonds. It just won’t happen; it’s a different culture and it’s a different time.”

SF: “What is a really great fusion piece? All three of you have talked to me about it this afternoon.”

AS: “When I am designing, it is about finding that balance between both ideas. So when you start on the design, you have the inspiration from a palace, for example, and you mix it with a different art form, which was, say, European. That comes quite naturally; having Indian heritage and British upbringing, you can’t help but do it.”

SF: “How do you balance the blend between traditional and contemporary?”

SL: “I think it’s a constant evolution – trying it out, having a go. We all have opinions, and some people may love some things, and some may hate it. As long as you create a dialogue and you are constantly evolving, that’s the important thing.”

SF: “Can we talk a bit about production? The contemporary Indian jewellery industry has probably one of the most diverse production ranges in the world. You’re doing things that are 2,000 or 3,000 years old, and you’ve also got people installing the latest technology in factories.”

SL: “This is something that is very important to our founders and yes, absolutely, we need to maintain traditions which are being lost be they enamelling techniques or carving techniques and also innovate within that. Those old techniques of carving emeralds, we have completely new and fresh motifs and new ways of doing it. As a relatively successful Indian brand it is a responsibility to keep that heritage and that culture alive and for us to really support that. We now have a school of design with a fashion designer in Jodhpur, and the whole idea of that is keeping those heritages alive.”

SF: “Ten years from now, where do you think the work you’re doing is likely to take you?”

AS: “The collections I have designed are inspired by the places I have visited in a way that’s me expressing my approach to what I saw, how I felt and the stories that were there. In 10 years that will just increase, so it kind of becomes like a library of jewellery of different places that I have been to. I can see myself growing with the six or seven collections I have done. I can see my style changing.”

AD: “With my jewellery, I like to have relevance and a dialogue that makes sense to what is happening at the moment, so the way I’ll evolve is going to be influenced by how the world is evolving around me. I’m always trying to find the right time: when shall I talk about this message, when will it make sense? Because the message of my debut collection is cultural integration, now felt like a really good time for that because there is so much negativity with these Brexity, Donald Trumpy people pushing different ideas on people. As we evolve, I hope I’ll continue to create pieces that have a relevant dialogue at that moment in time and create an interesting journey through that.”

SL: “I see the world is moving in very different ways and we have more and more demand for accessory products at the lower end [of the price spectrum] and the exact opposite of that is really, really precious and super tourmalines, fancy colour blue diamonds, things like that. That middle market is becoming more and more difficult, so I see two growth areas for us – right at the lower end and right at the top end. It’s kind of going in very opposing directions and we’re concentrating on two completely opposite things – super commercial and super rare.”