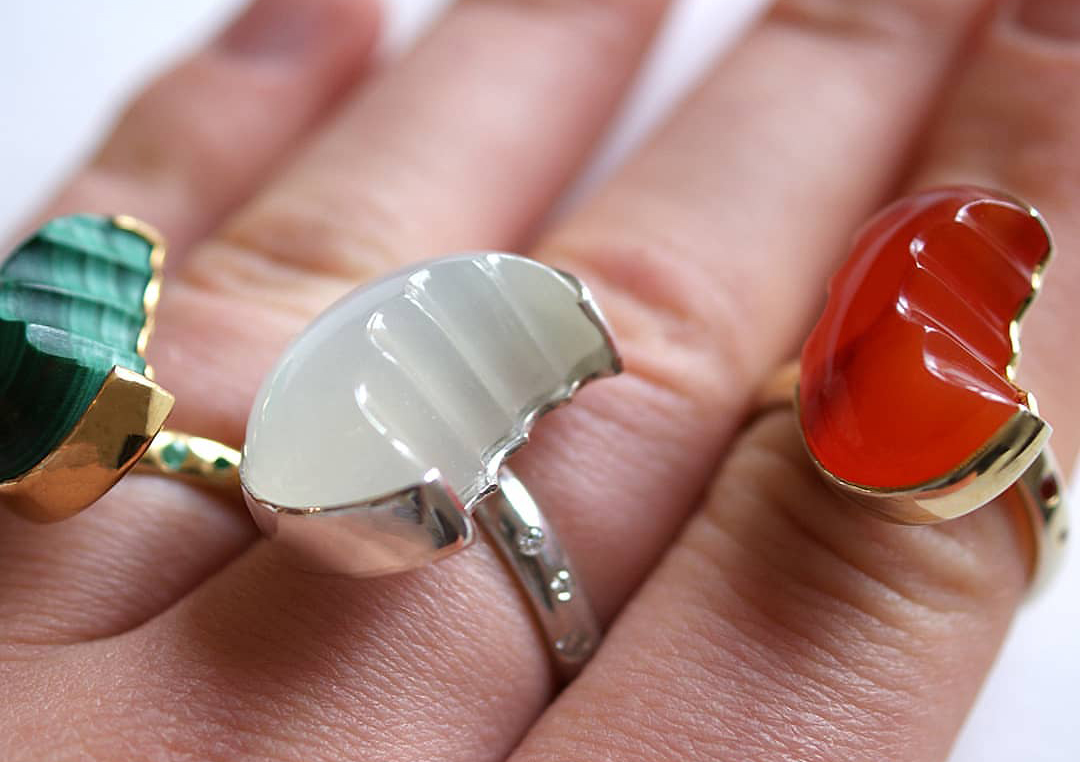 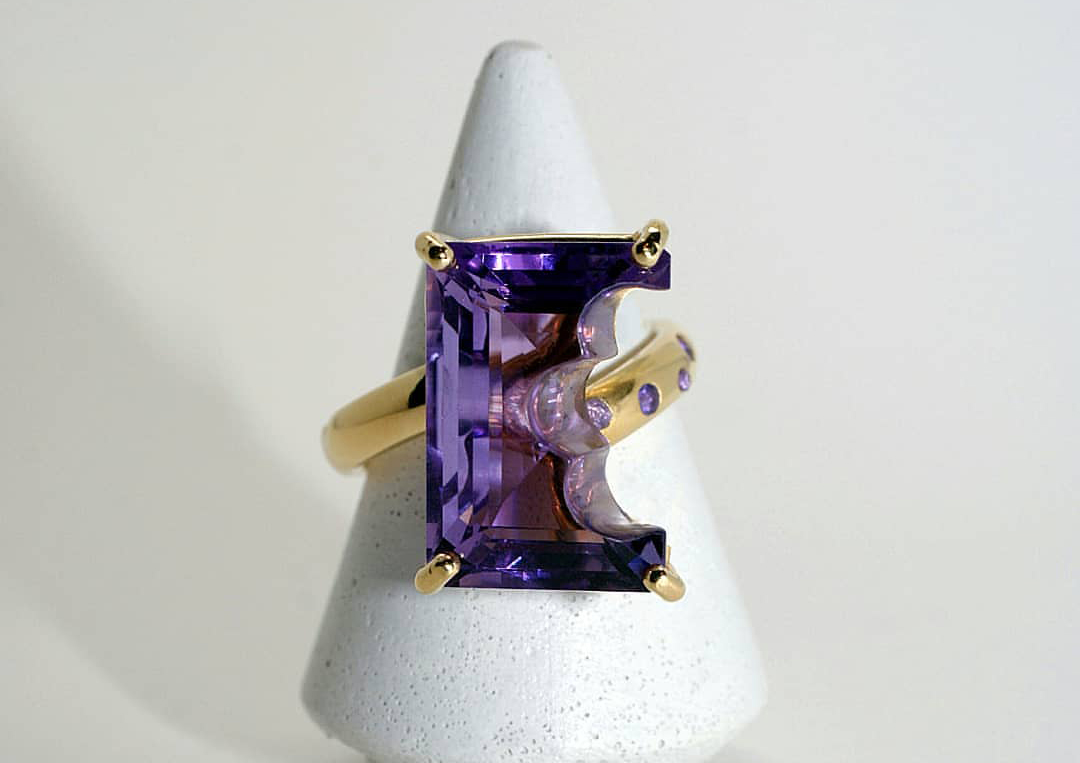 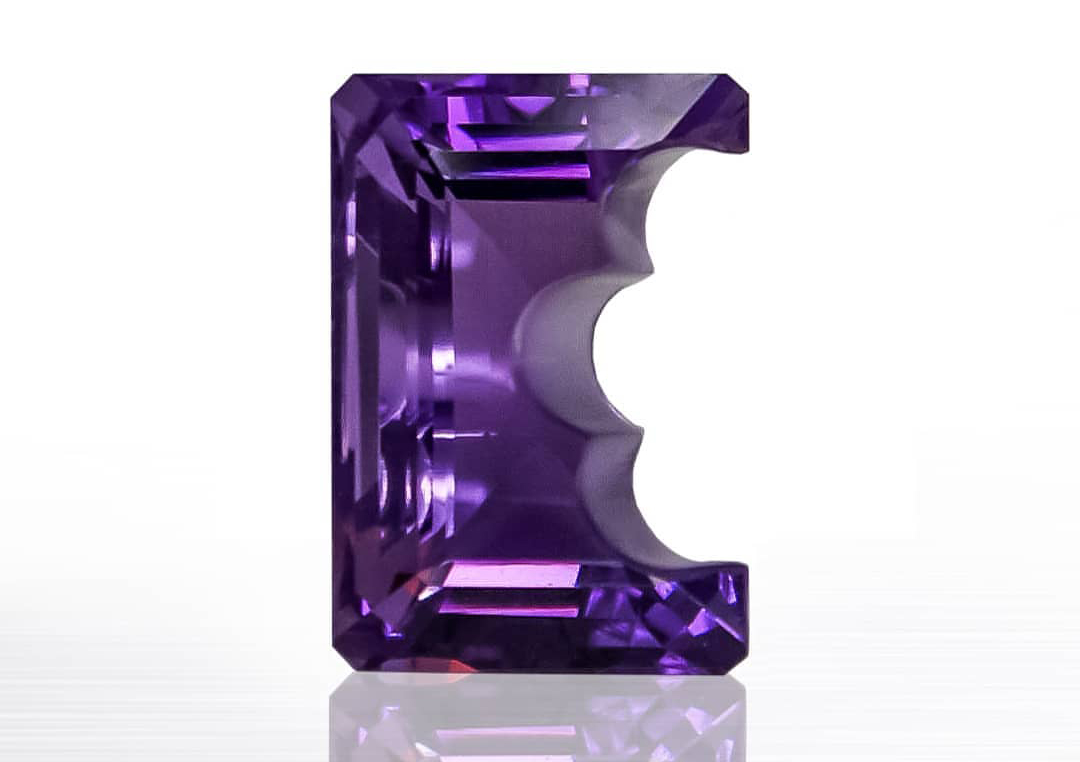 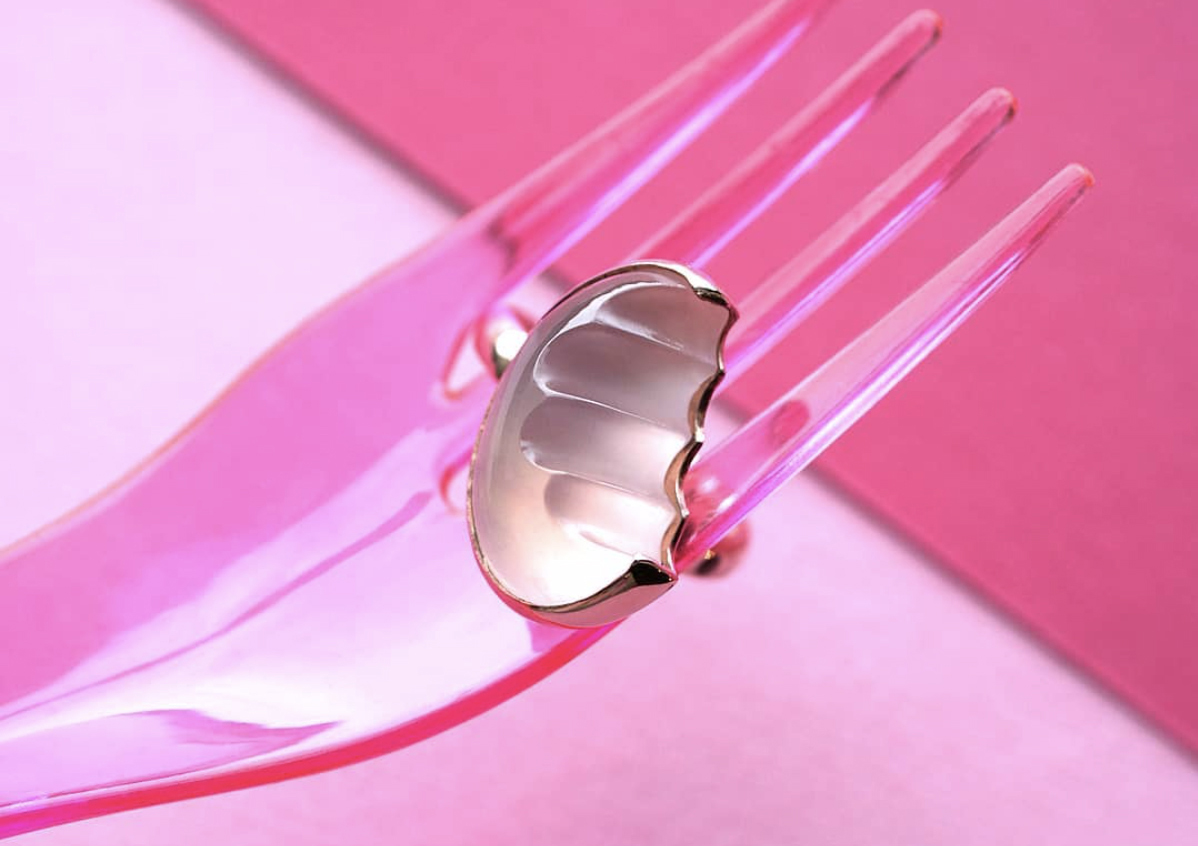 Central Saint Martins graduate Isla Gilham is among a clutch of emerging jewellery designers to be named as one of 2019’s Bright Young Gems. The illustrious annual accolade is bestowed by British jewellery trade show IJL.

Isla Gilham, whose work stars gemstones cut in a way that makes them look as though someone or something has taken a bite out of them, graduated from Central Saint Martins in 2018. She has since set up her own workshop in Somerset where she carves gemstones by hand and sets them into playful jewels that all tap into the theme of being good enough to eat.

“I feel very lucky and excited to have been selected as a Bright Young Gem,” said Gilham, who will be exhibiting her work at The Jewellery Cut Live in September as well as IJL. “It’s a fantastic opportunity to showcase my work and it’s a real privilege to have been recognised by the panel of judges.”

Also selected by the panel of judges as Bright Young Gems were Eloise Kramer, Lingjun Sun, and Wen-Ju Tseng, all of whom are also graduates of Central Saint Martins. Kramer tells romantic, whimsical stories through jewellery, balancing figurative elements inspired by art and nature with clean line and colour. Lingjun’s work takes inspiration from opals, following his previous decade-long career as an opal cutter in Australia. Wen-Ju tackles how current societal expectations are creating a worrying trend to commodify everything we do into unrealistic values, all with a wry sense of humour.

All of the Bright Young Gems will be invited to showcase their work at industry show IJL in London this September, and will receive mentoring from industry experts. “There is lots of exciting and new talent emerging on the jewellery scene and it is a pleasure to be judging them at this year’s IJL’s Bright Young Gems 2019,” said judge Bobby White.

Highly commended, but missing out on a win at Bright Young Gems, were Chih Ning Li from Birmingham University, Naomi Scott of Glasgow School of Art, Caroline Wellesley from Sir John Cass School of Architecture, Art and Design in East London, and Sarah Christian  of Hereford College of Arts. The four highly commended entrants won’t get to exhibit at IJL, but they will be invited to networking opportunities within the show.

Isla Gilham will be taking part in The Jewellery Cut Live on September 15th& 16th, 2019. Book your free ticket to the London Fashion Week event, which will be held this season at the Café Royal on London’s Regent Street, by registering here.