Harry Winston has a sweet tooth 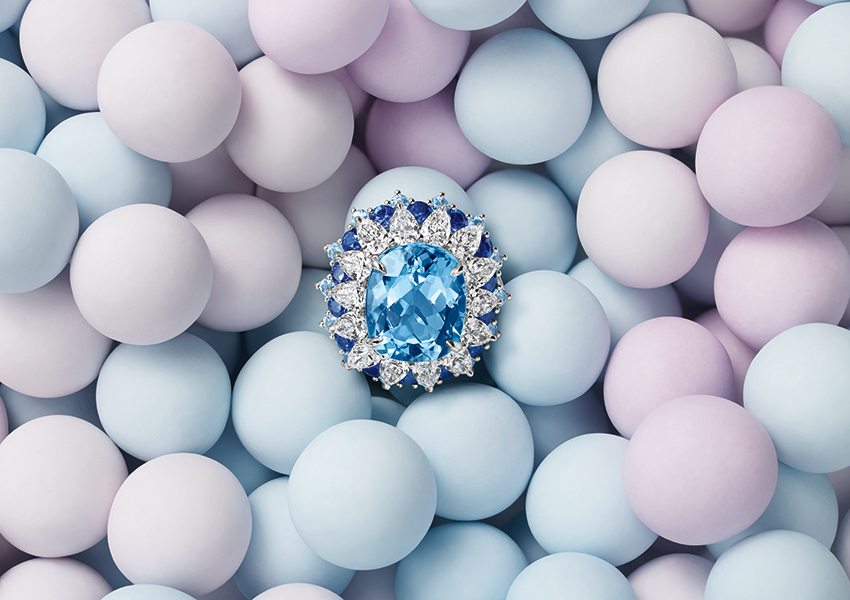 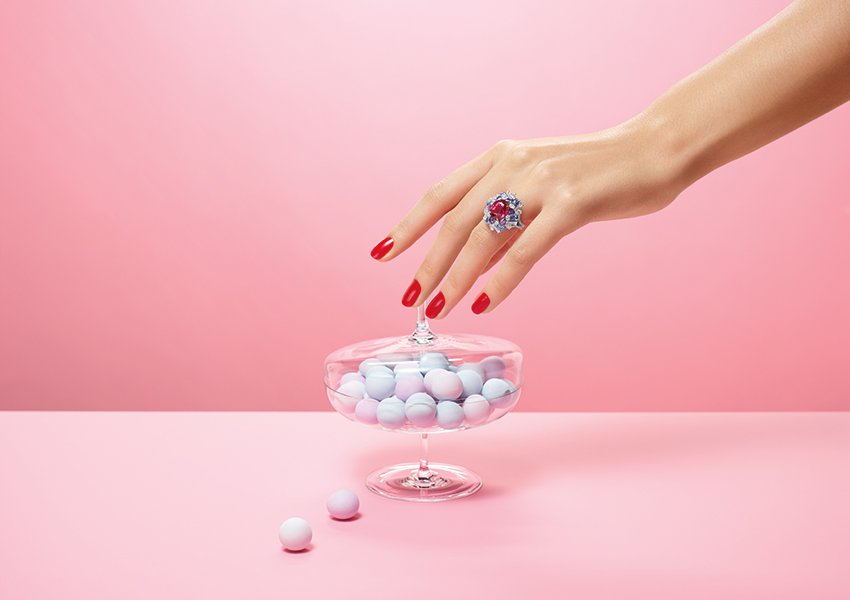 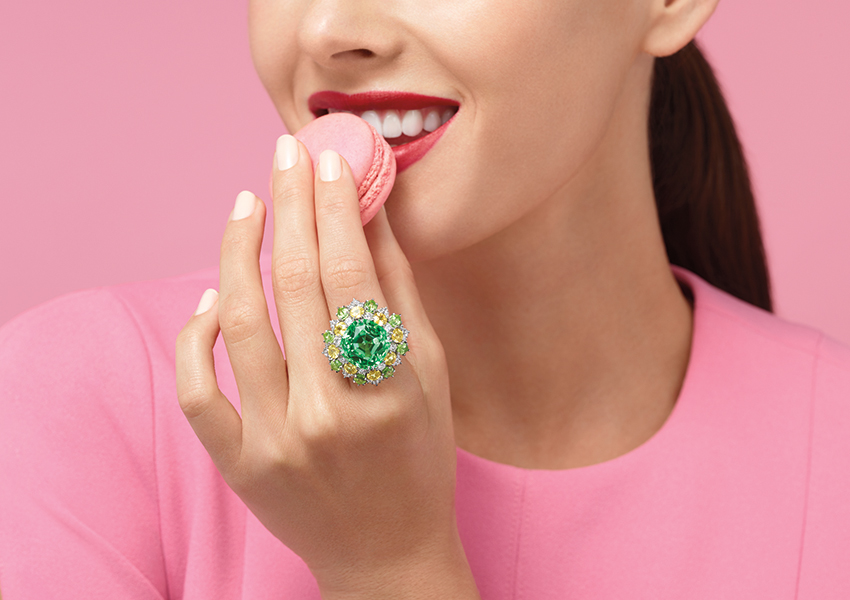 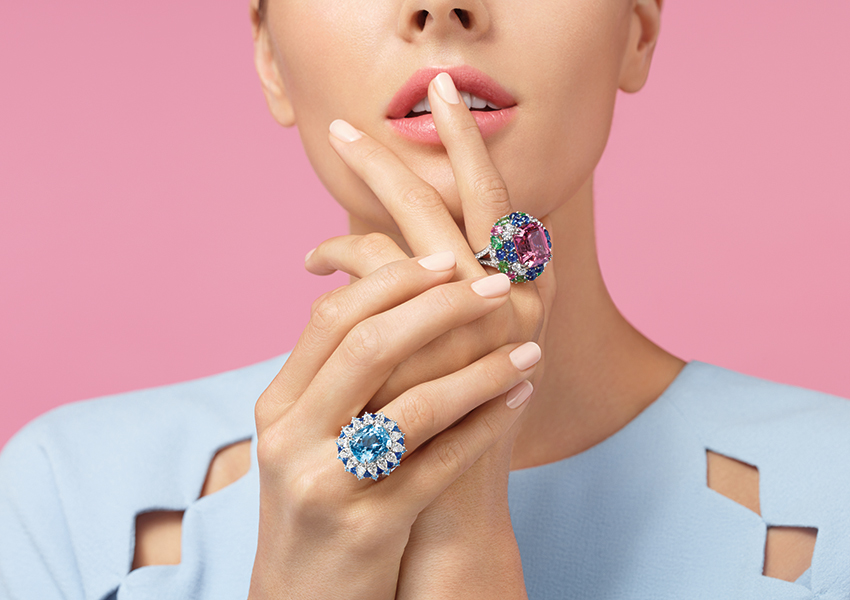 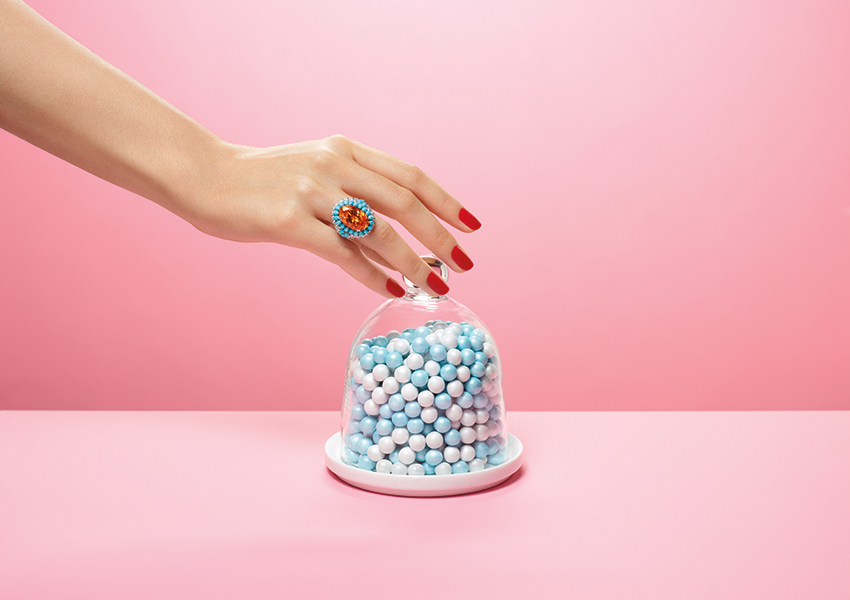 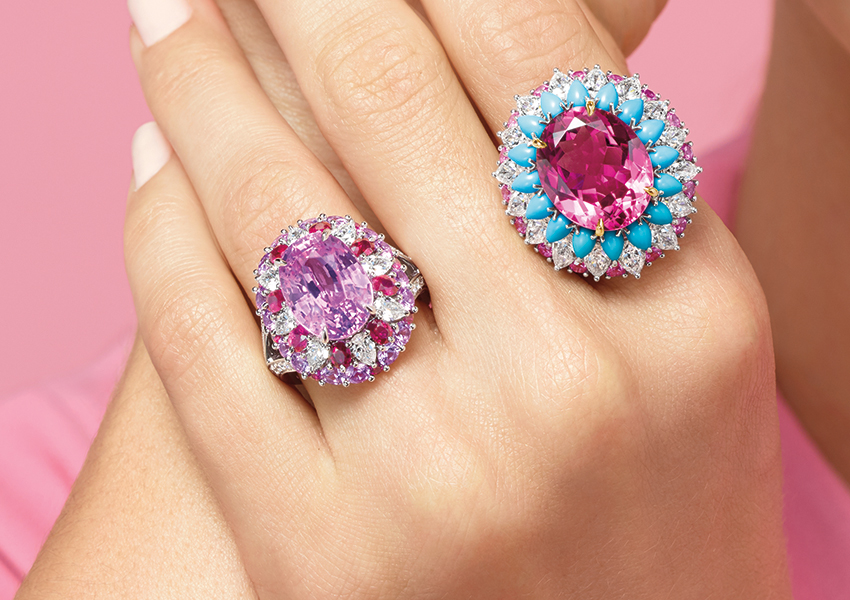 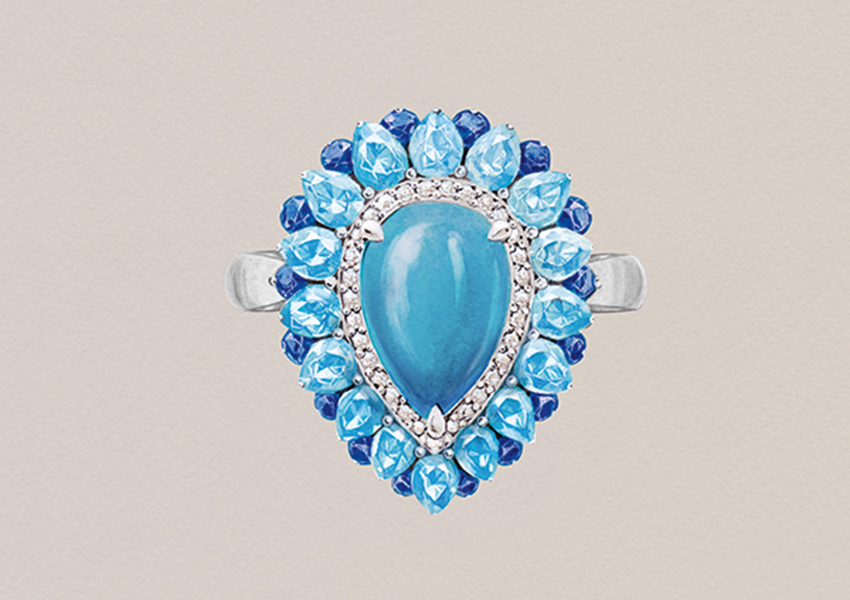 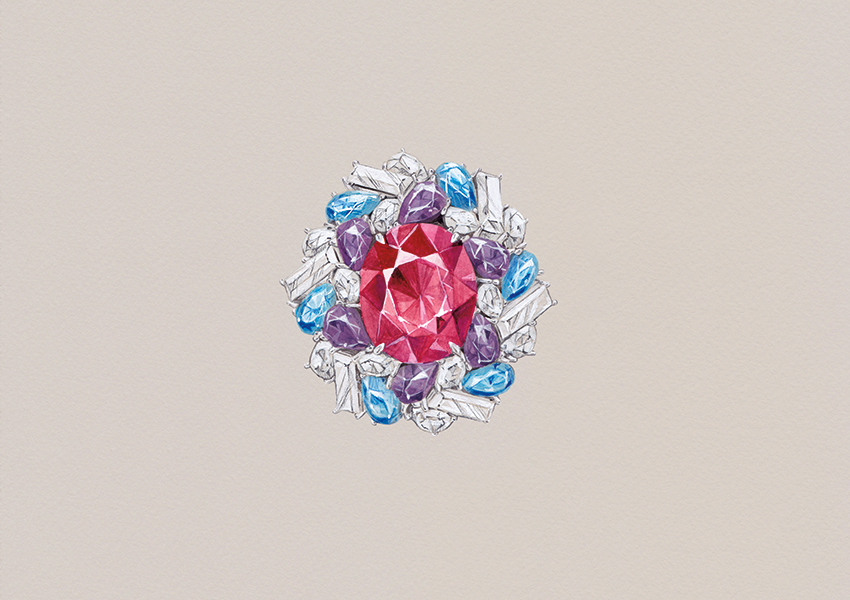 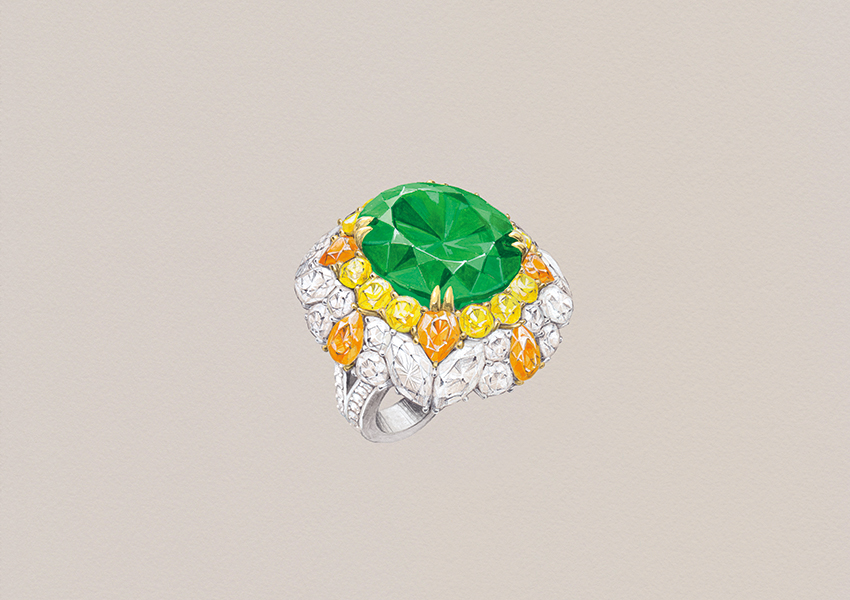 The Swinging Sixties was a time of pop art and swirling psychedelia, and though his moniker The King of Diamonds led Harry Winston down a more achromatic path, he was not immune to the fever of the times. Sketches of wild and colourful jewels etched out in the 1950s and 1960s were recently uncovered in the Harry Winston archives, and have led to the creation of the American jewellery house’s latest collection, Winston Candy.

Winston Candy is a saccharine celebration of colour and exquisite rare gemstones, and is the first Harry Winston collection dedicated solely to cocktail rings – another nod to the decades that produced the sketches, when this big and bold jewel was the accessory to wear at parties.

What also sets Winston Candy apart in the brand’s repertoire is the choice of gemstones for the cocktail rings’ central stones. Harry Winston is famed for its diamonds, and has worked with that classic coloured gemstone trio of blue sapphires, rubies and emeralds many times in the past. The gems in Winston Candy, however, are far more adventurous.

Huge cuts of aquamarine, spessarite garnet, red spinel, Paraiba tourmaline and pink sapphire perfectly evoke the lip-smacking candies piled into glass jars in sweet shops of days gone by. And indeed, when Winston Candy was launched at a private client event in London earlier this month, staff were on hand to stuff strawberries ‘n’ creams and cola cubes into boxes hand-personalised with guests’ names. The venue, Wellington Arch on the edge of Hyde Park, was illuminated in candy colours.

Though the sketches outlying Mr Winston’s dreams of precious gobstoppers were already in the archives, it took some work to modernise the mid-century designs to make them delicious enough to tempt today’s collectors. Then there was the small matter of sourcing stones that were just the right shade, shape and size. All in all, it took a year to realise the vision of Winston Candy.

What is perhaps most pleasing about Winston Candy is not just the mesmerising central stones, but also the choice of smaller gems scattered around them, purposely selected to create vivid clashes. This pick ‘n’ mix approach has gone down well with collectors, according to Harry Winston, and so we can expect to see this luxury sweet shop grow as new lines are added to Winston Candy. Delicious. 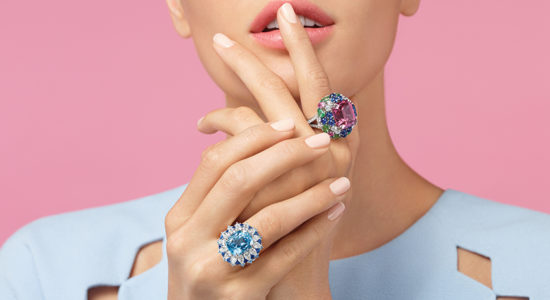 Each of Harry Winston's Winston Candy rings is a one off 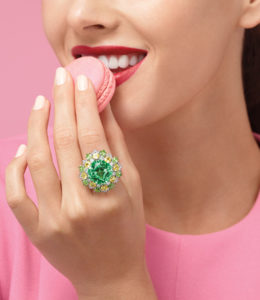 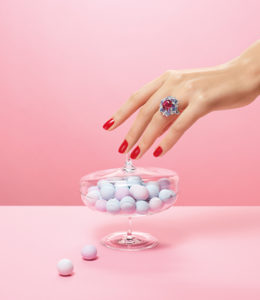 Cocktail ring from the Winston Candy collection by Harry Winston 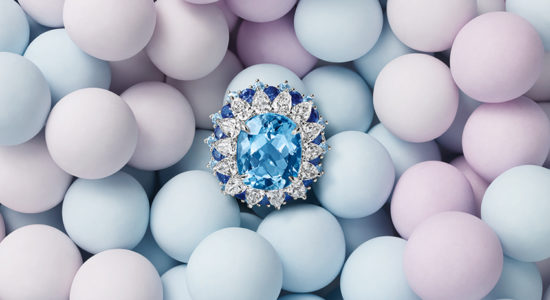 Though the sketches outlying Mr Winston’s dreams of precious gobstoppers were already in the archives, it took some work to modernise the mid-century designs to make them delicious enough to tempt today’s collectors 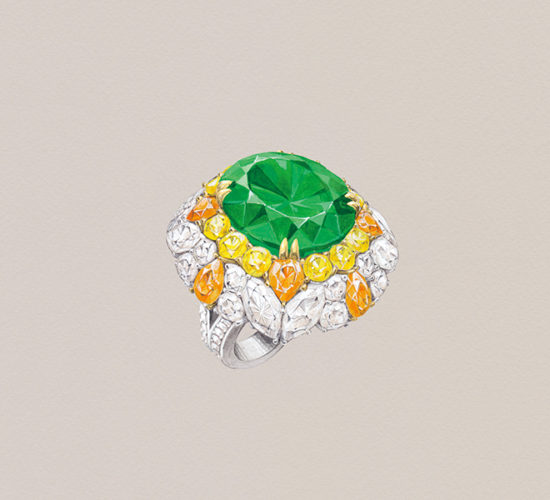 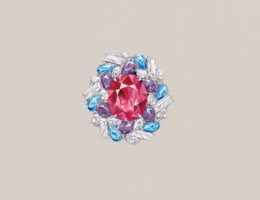 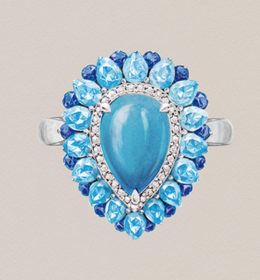 Each of Harry Winston's Winston Candy rings is a one off

Cocktail ring from the Winston Candy collection by Harry Winston