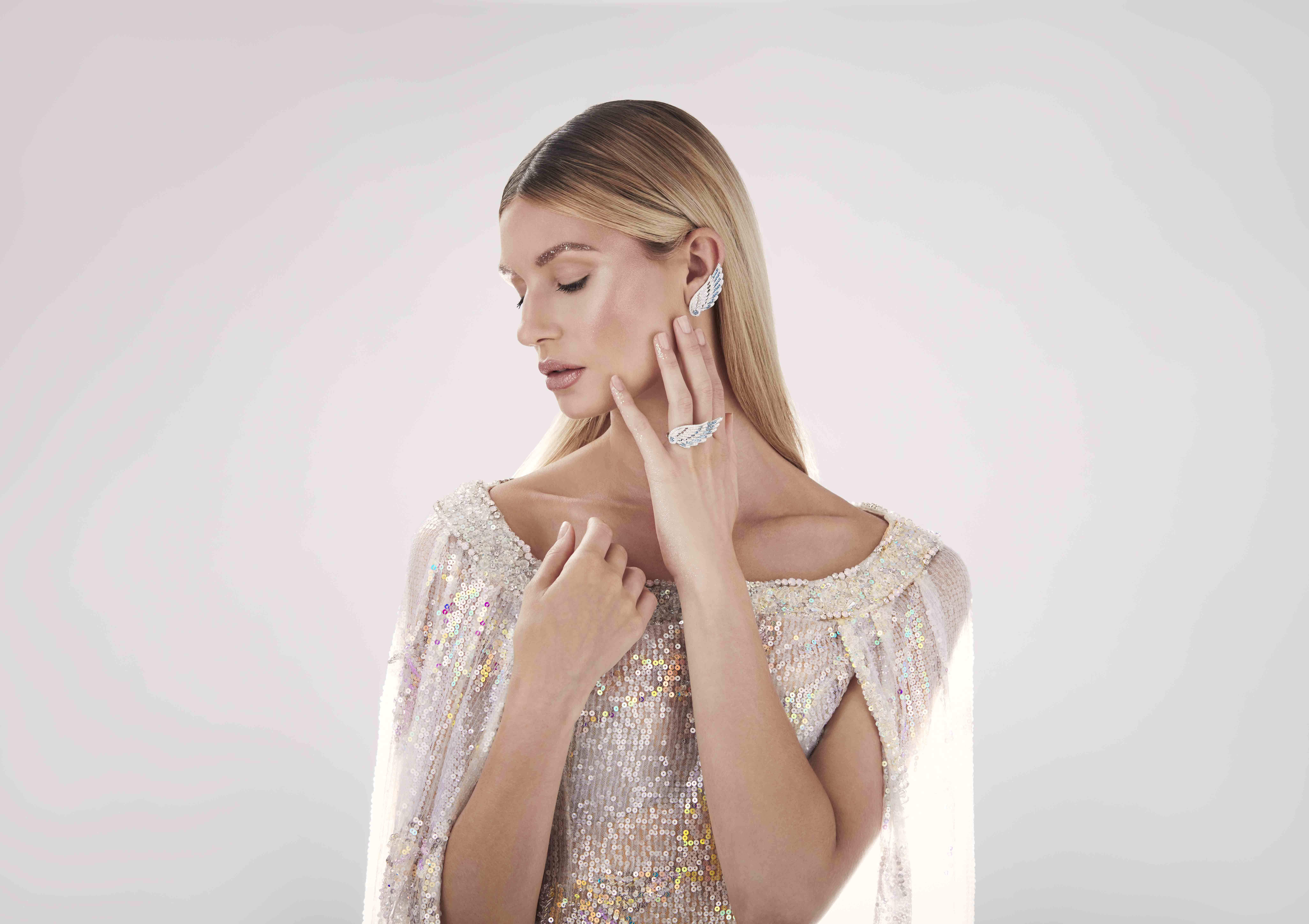 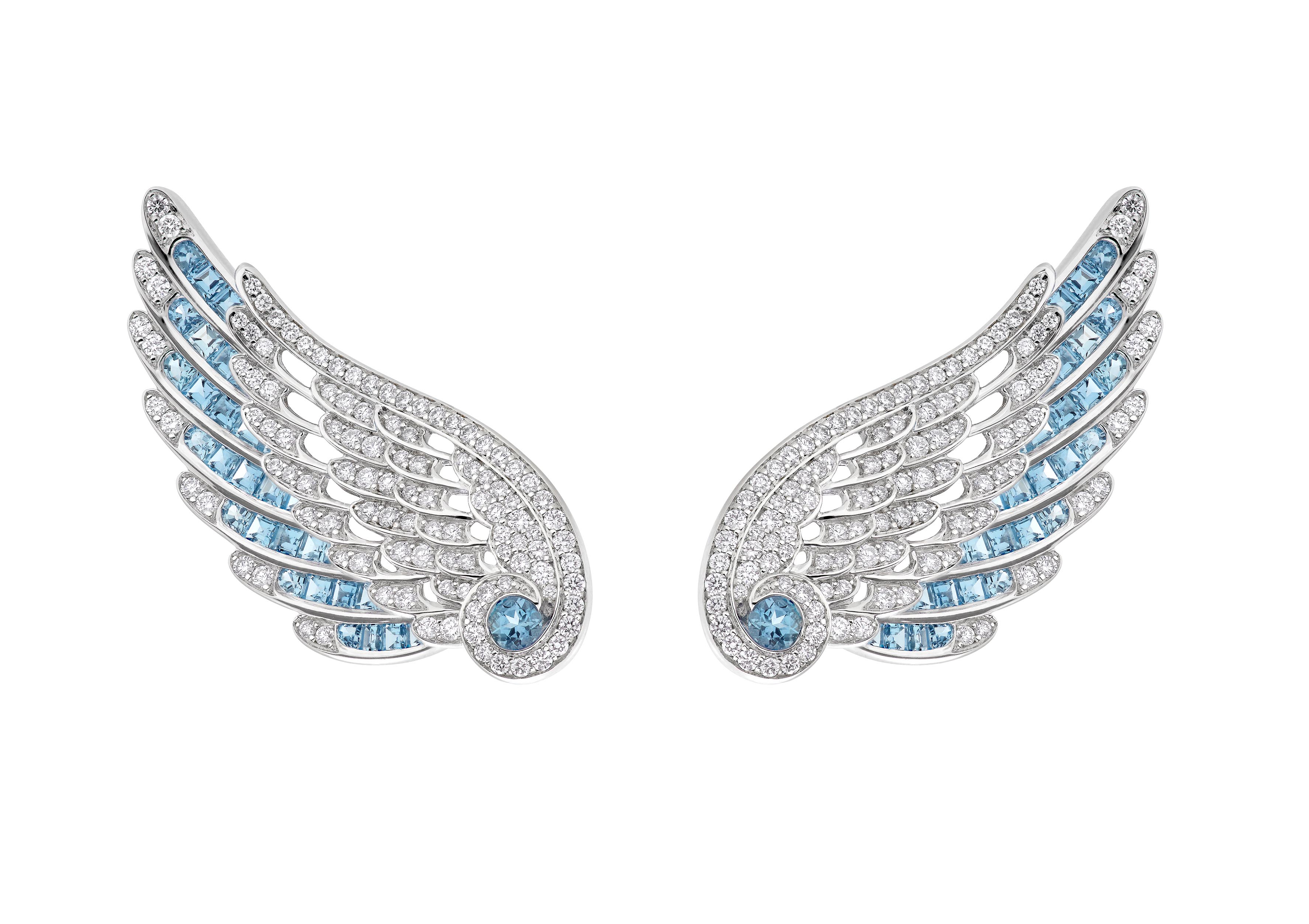 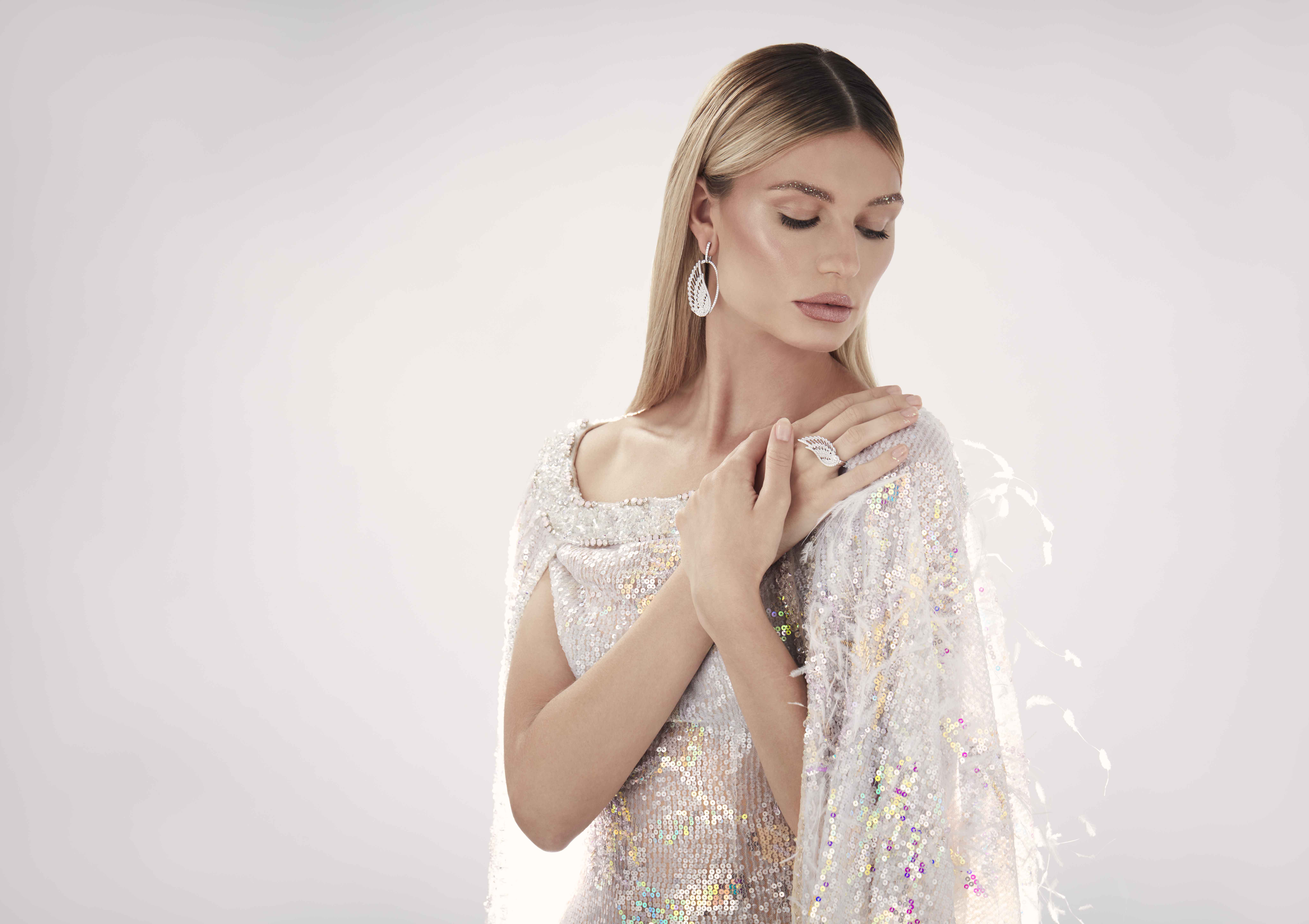 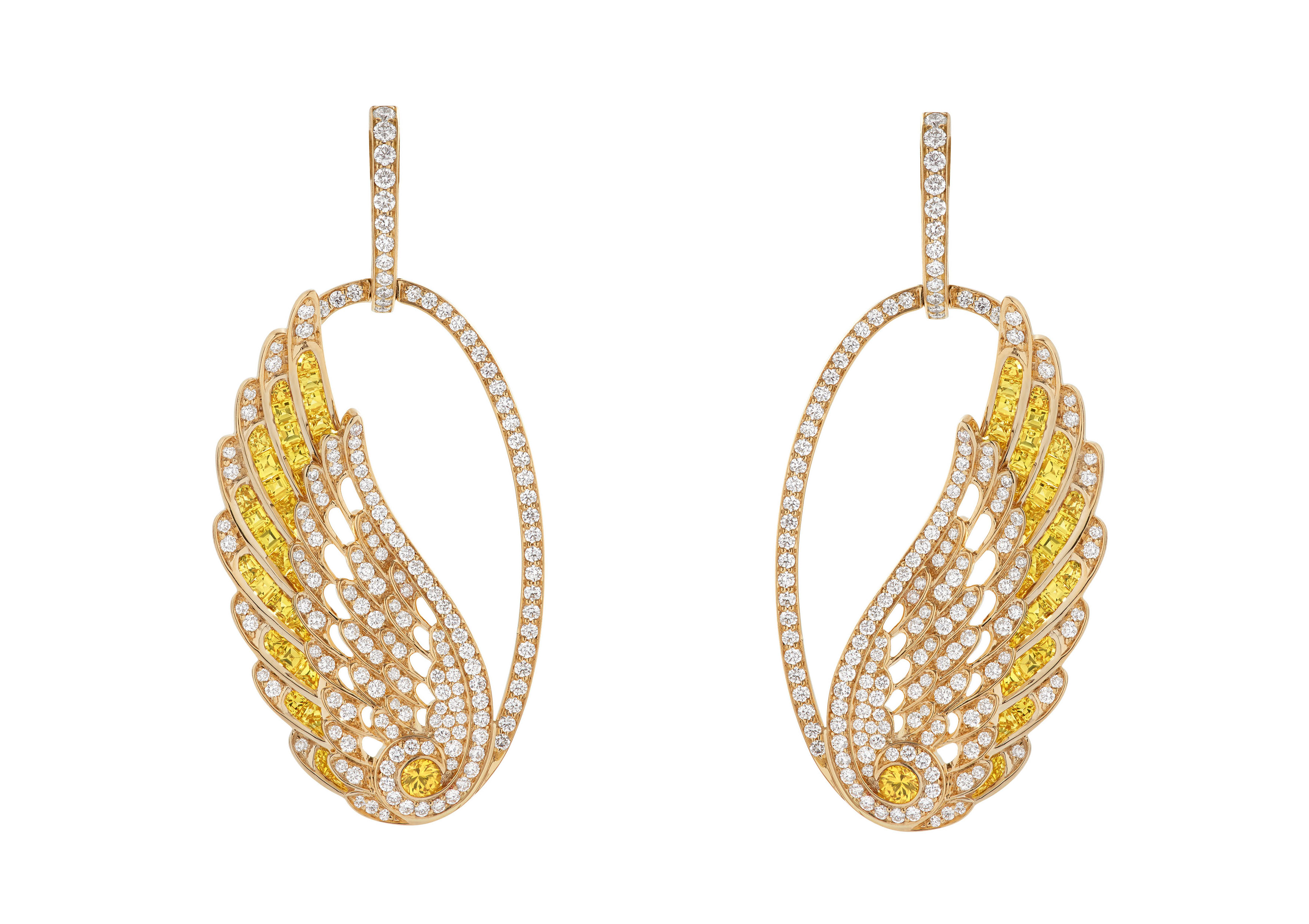 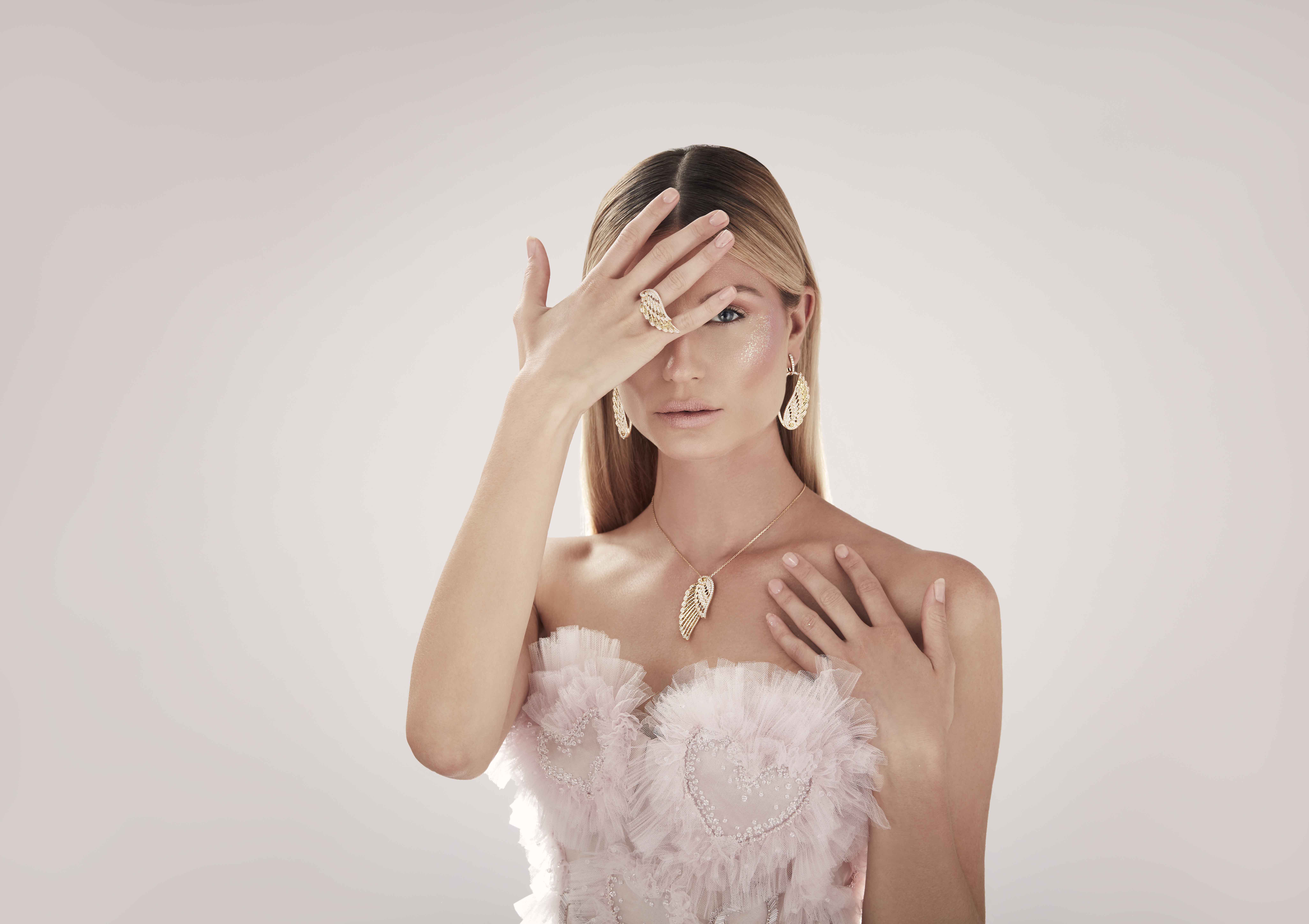 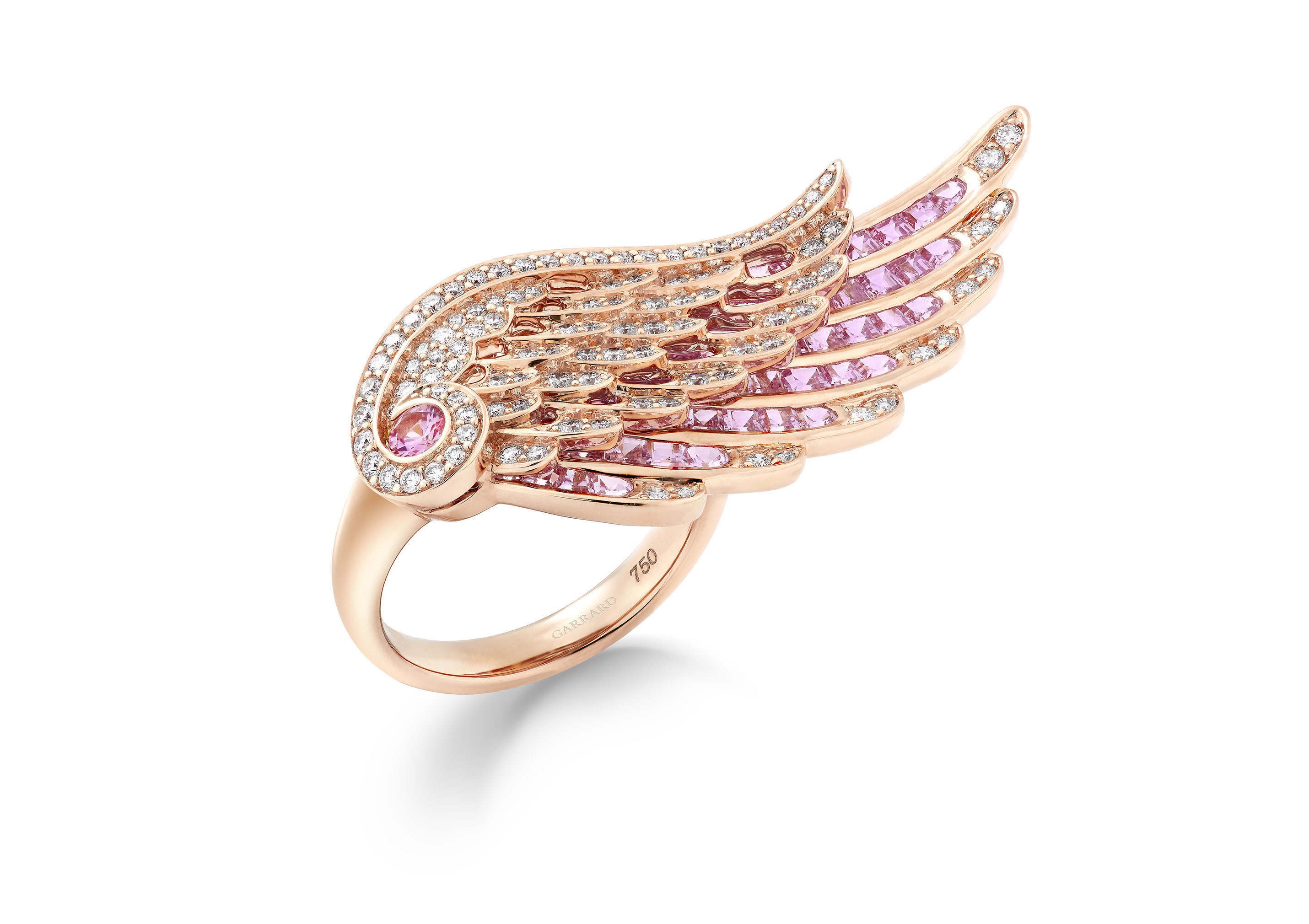 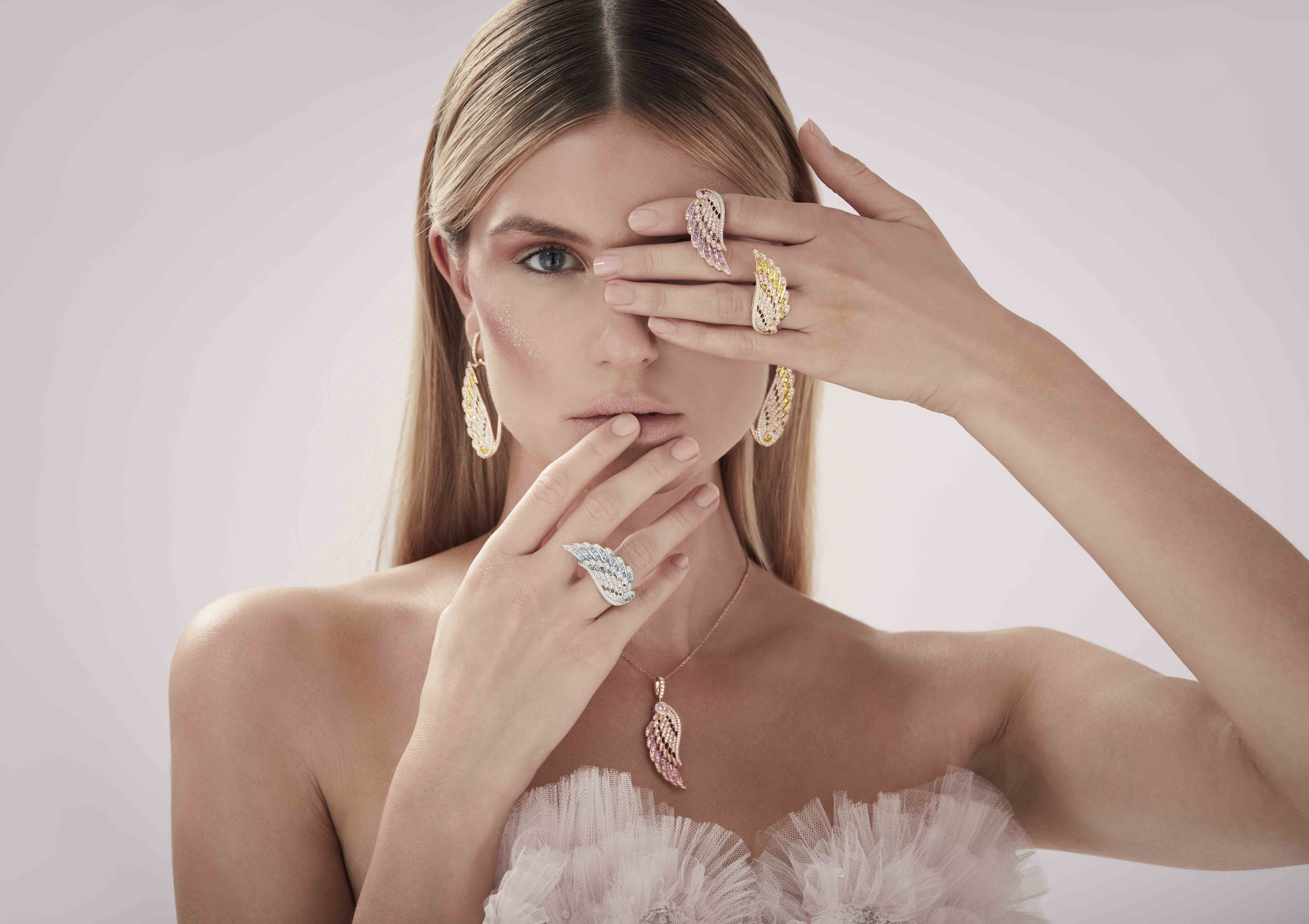 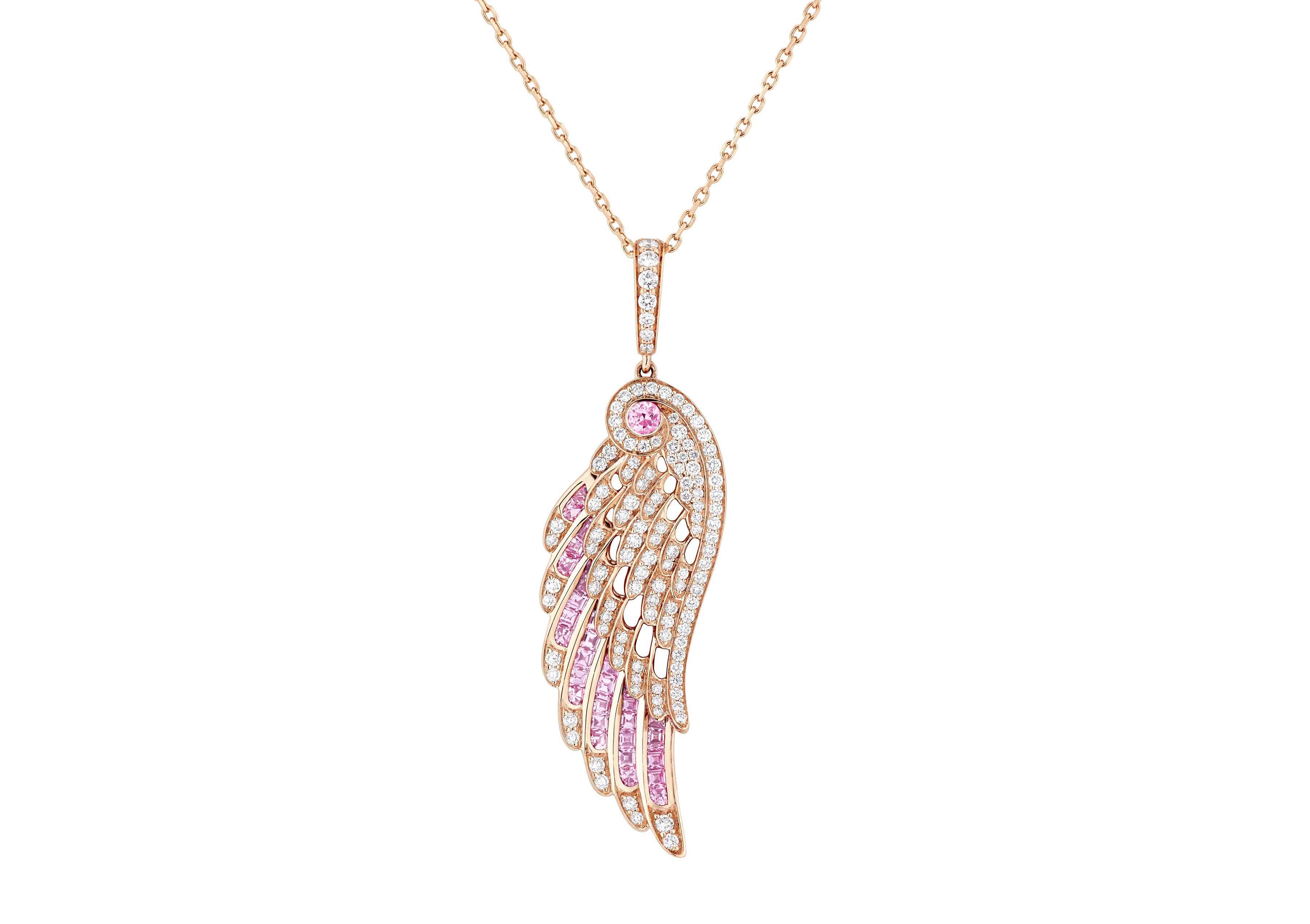 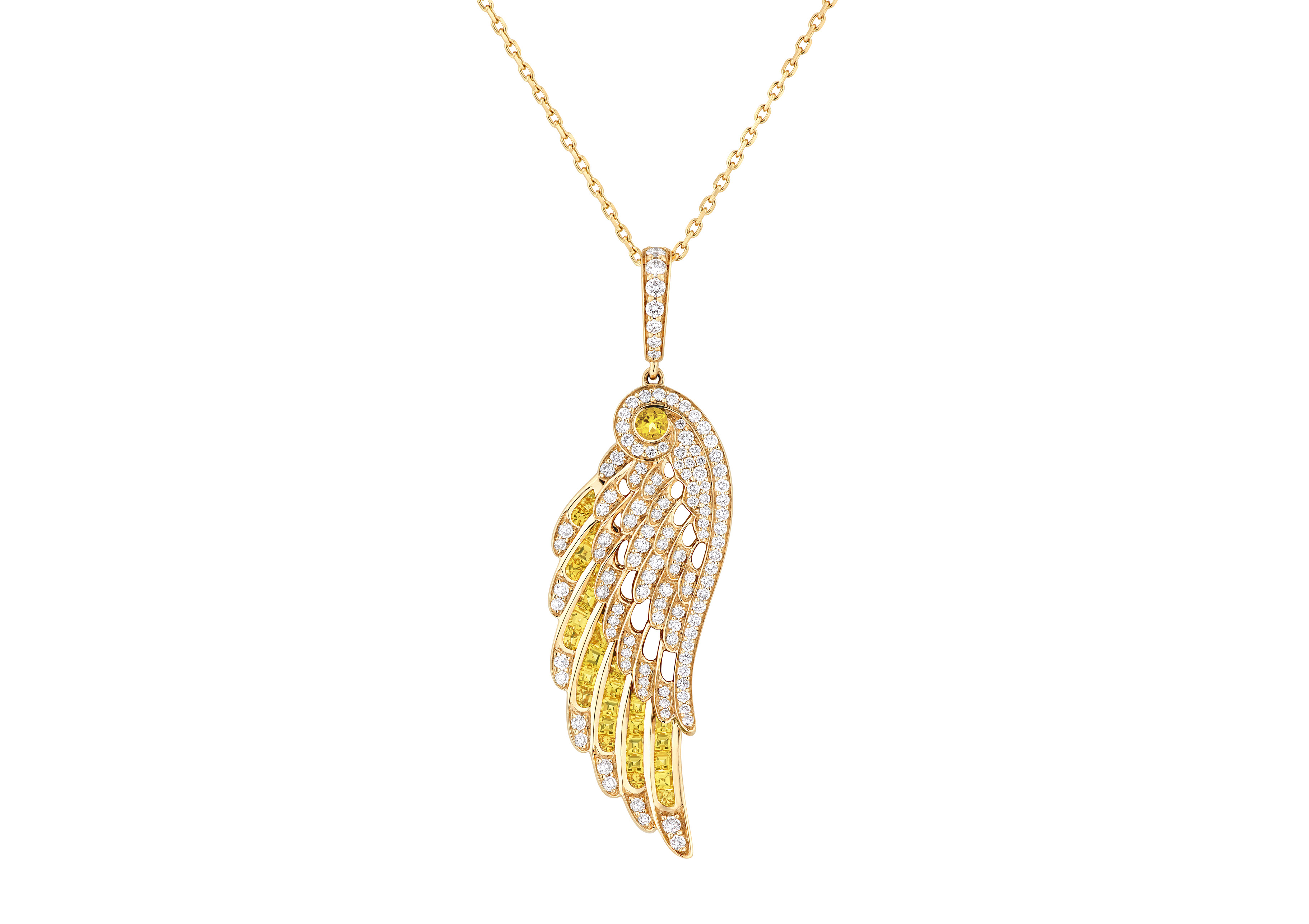 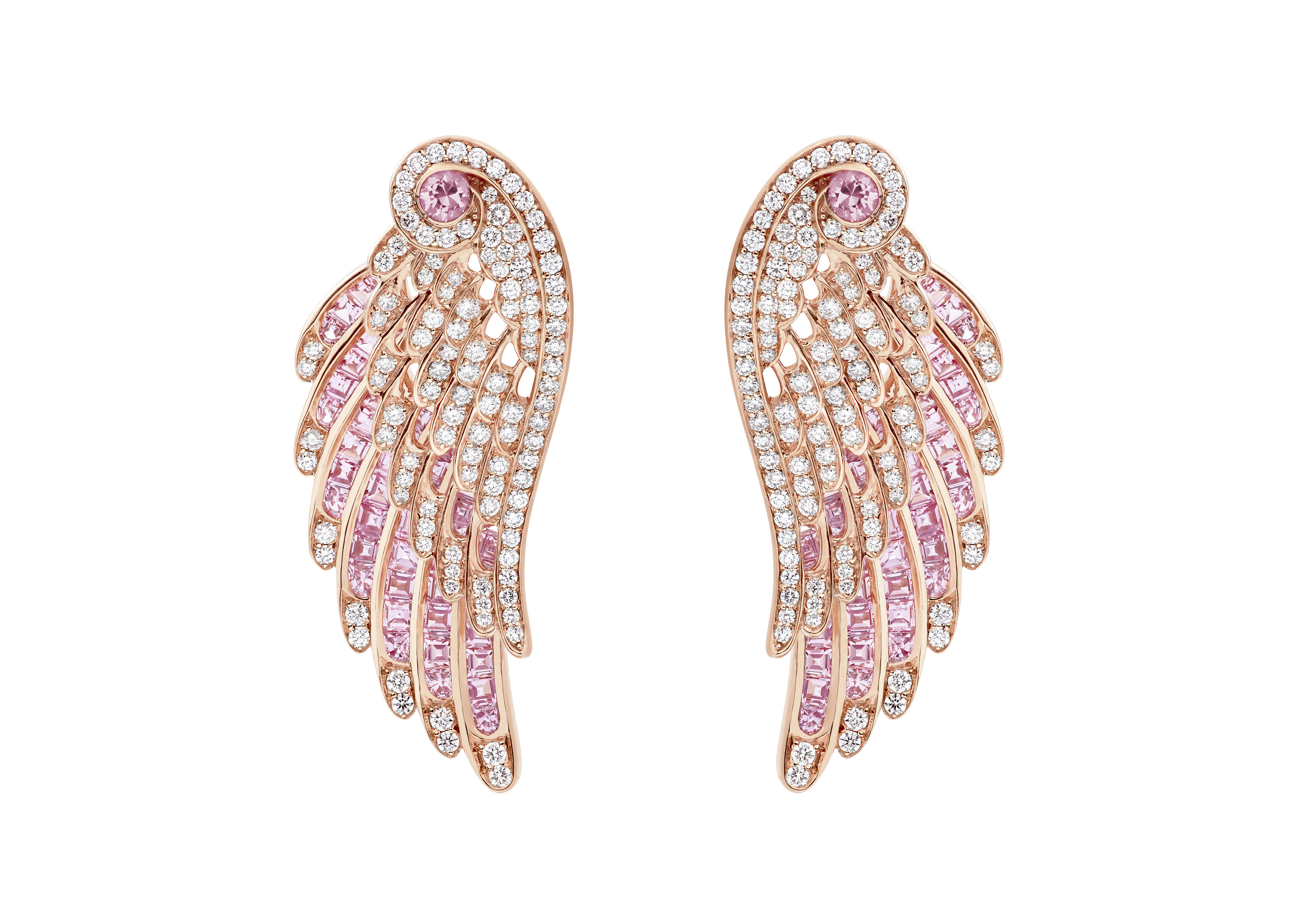 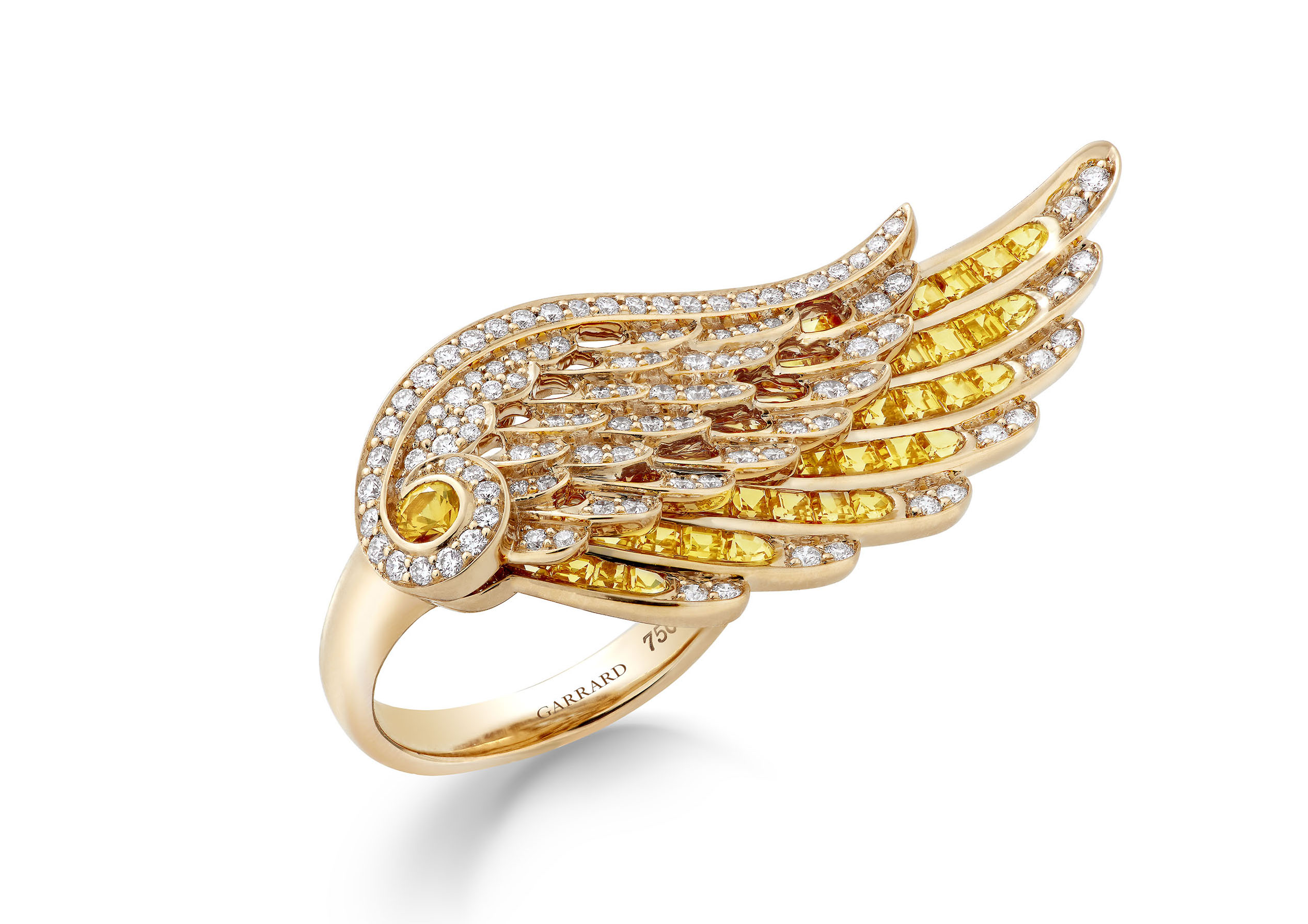 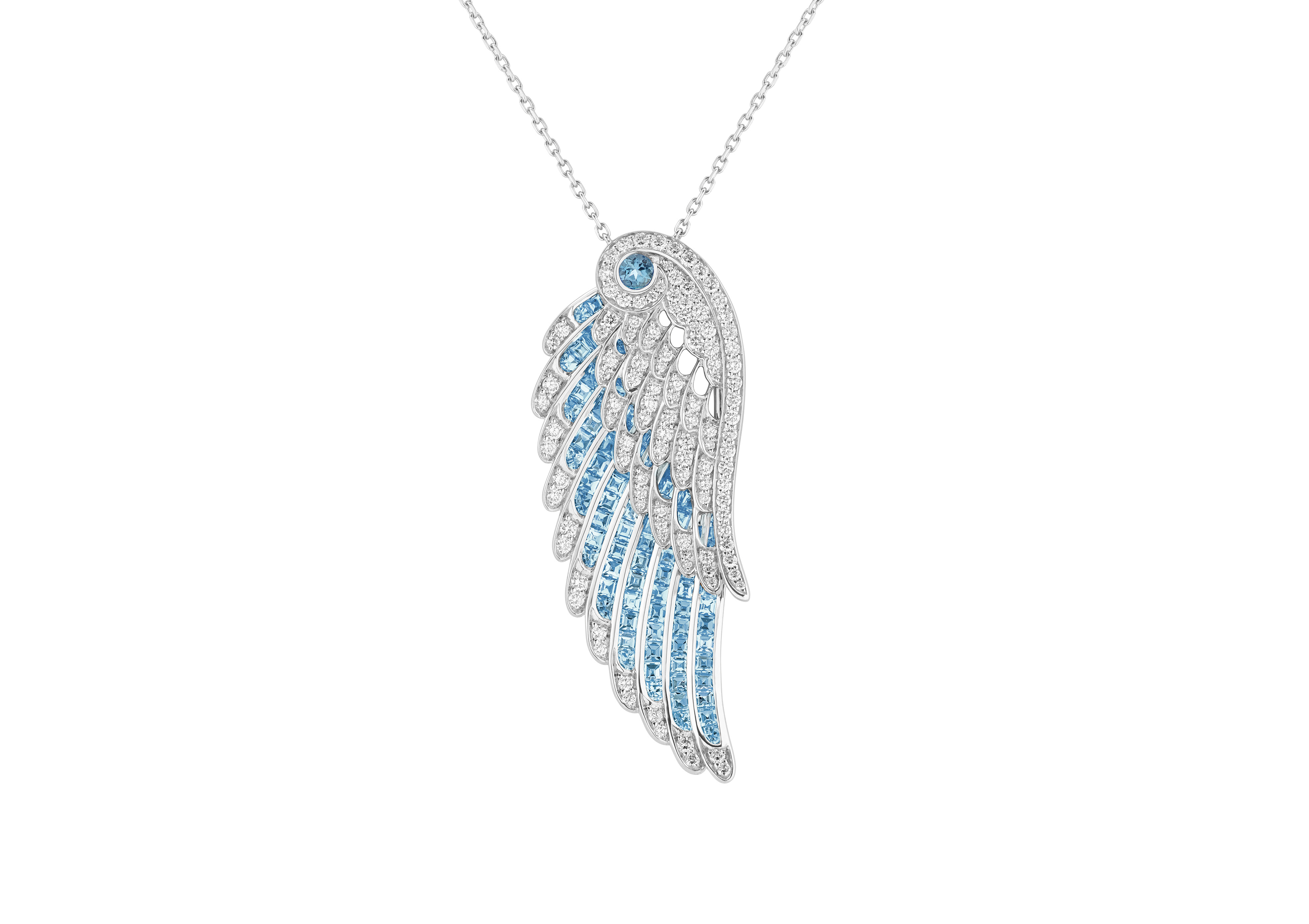 Pastel-hued gemstones are a major trend in jewellery right now, and Garrard has applied some of the prettiest soft shades of gems to its Wings Embrace collection.

Inspired by “the iridescent colours cast as light passes through crystal”, the wing-shaped white, rose or yellow gold jewels have been set with aquamarine and pink and yellow sapphires, alongside glittering white diamonds. The gemstones have been calibre cut to create strips of softly shimmering gems that run along the feathers of the Wings jewels, which celebrated their 15th anniversary last year and represent “peace, purity and protection”.

“Wings is both a beautiful and meaningful collection,” says Garrard creative director Sara Prentice. “When we add to it, we want to make sure any new jewels build on what we’ve already achieved. That’s why we’ve taken so much care in creating new Wings Embrace designs to incorporate the gemstones. The intricacy of the setting is part of what makes these new designs so special.”

Within the collection are pendants and cocktail rings, but the real stars of the latest additions to the Garrard Wings Embrace collection are the earrings – a jewellery item that Garrard has noted an increased demand for. Three styles of Wings Embrace earrings have been decorated with the soft, pastel gems: wings that swoop up the ear; wings that hang down from the lobe; and a drop earring design that captures the wing motif within a gold, diamond-set frame.

“The earrings in particular are statement pieces,” says Garrard head of design Claire Scott. “Their bold shape draws attention to the face.”

The new Garrard Wings Embrace designs are in store now, and throughout October Garrard will be donating 10% of the net sale price of the collection to breast cancer charity Future Dreams, which aims to reduce breast cancer by raising awareness of the disease.

“Wings Embrace just seems to encapsulate everything that Future Dreams does,” says Prentice. “The idea that women can feel held and supported by the charity’s ongoing practical, empowering work.”

"Not all engagement rings need to have a central s

MEET THE DESIGNER 💕 @mxbxjewellery was founded

Chaumet has released updates to its Joséphine jew

Kicking off the second series of @roseannacroftjew