Forget what you think you know about abalone jewellery 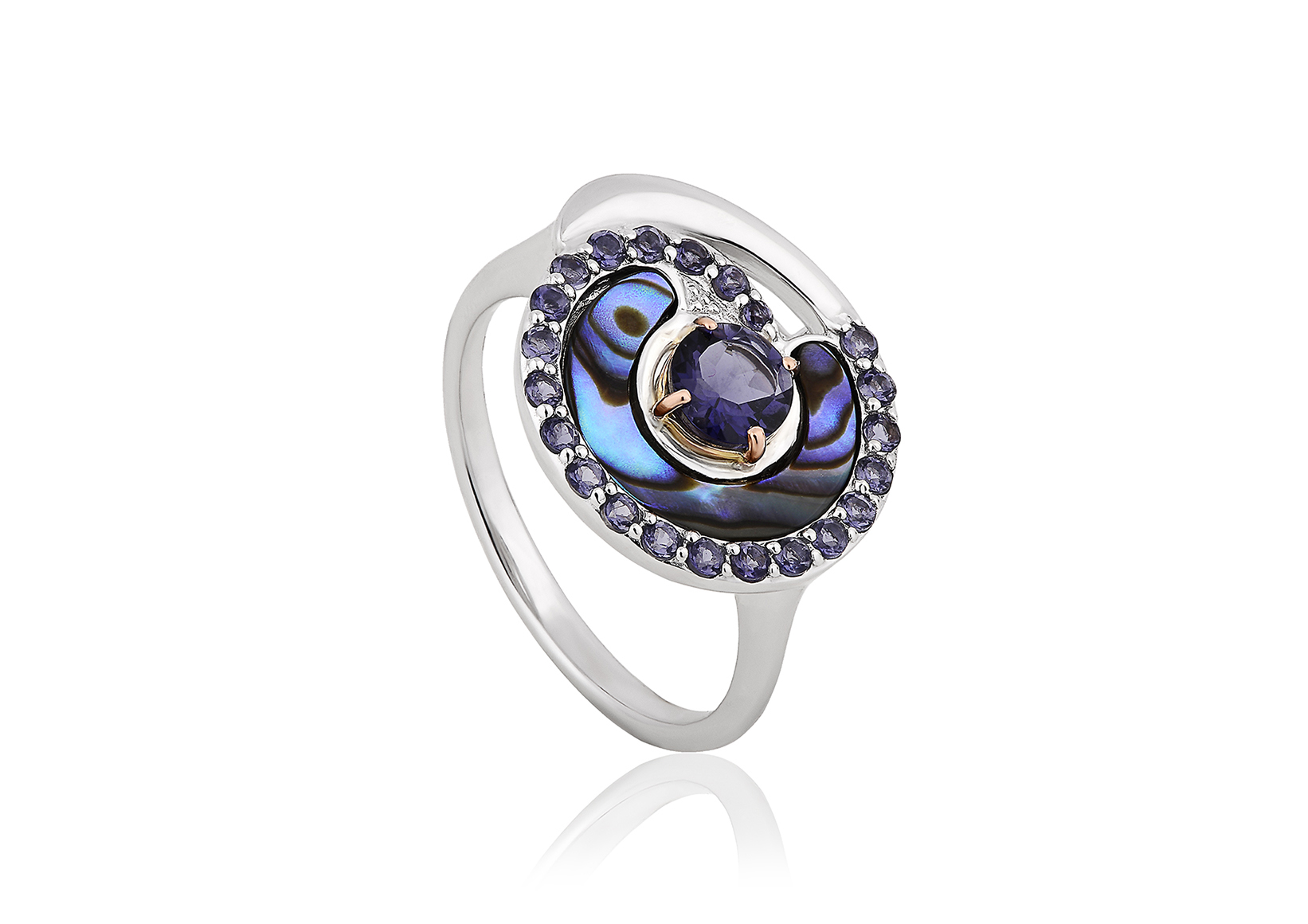 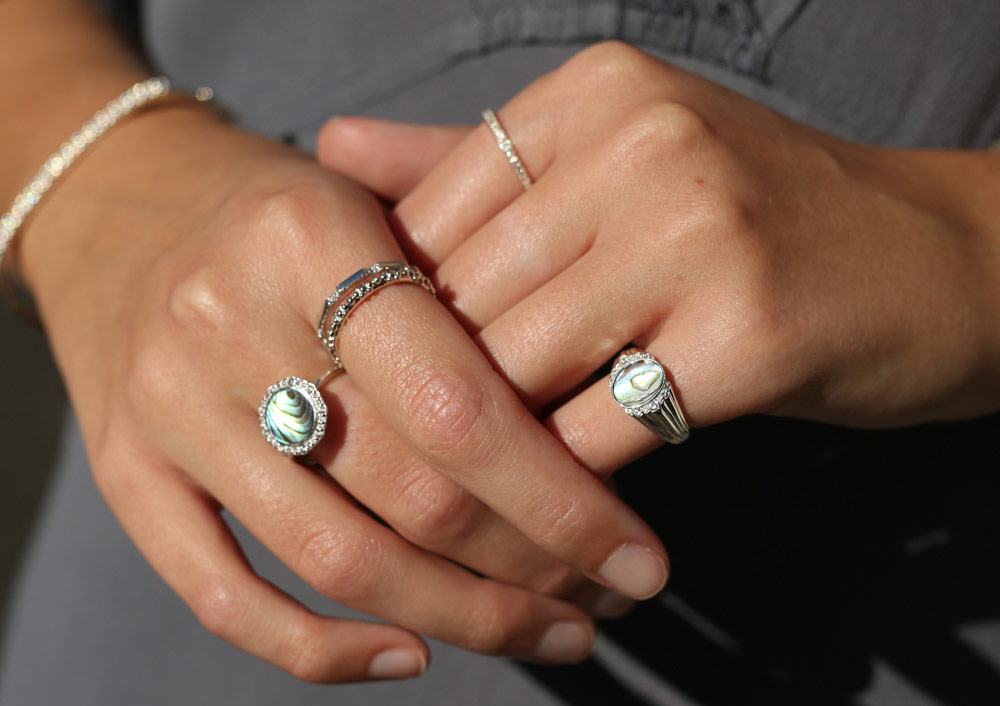 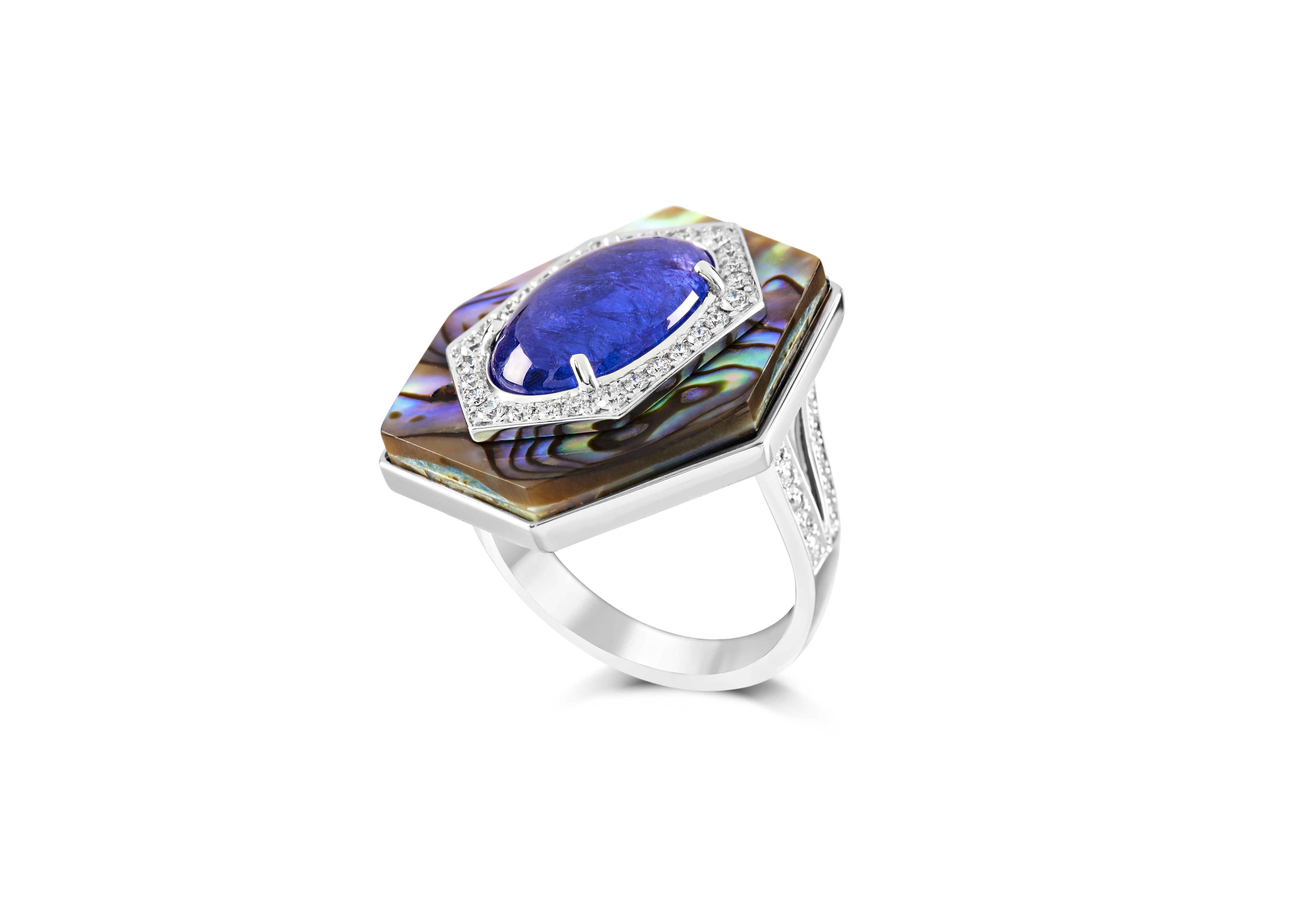 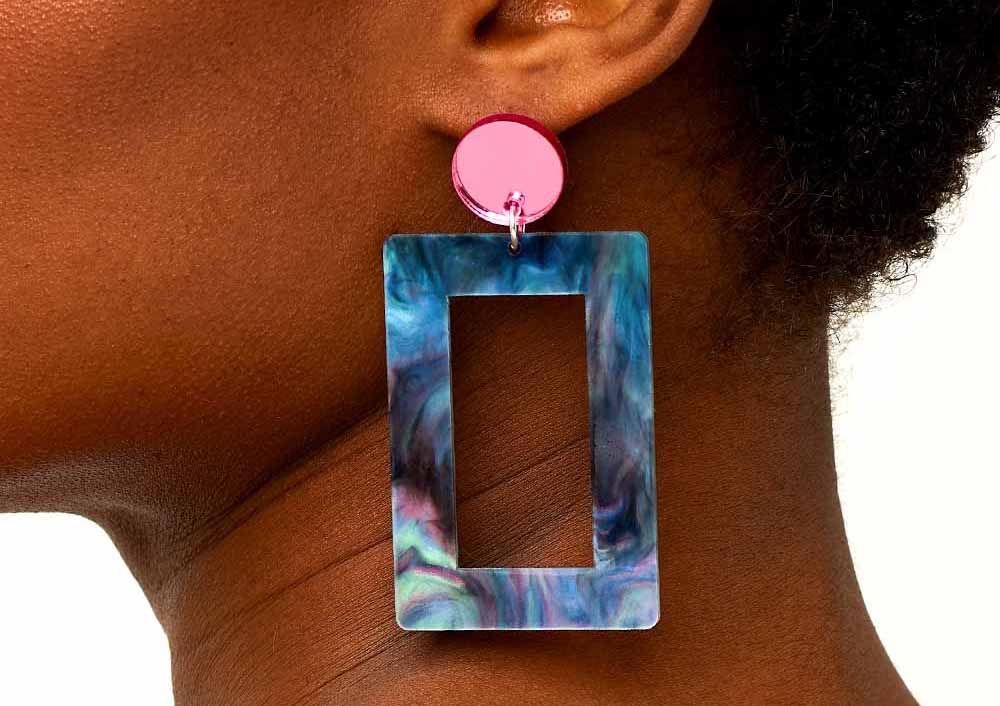 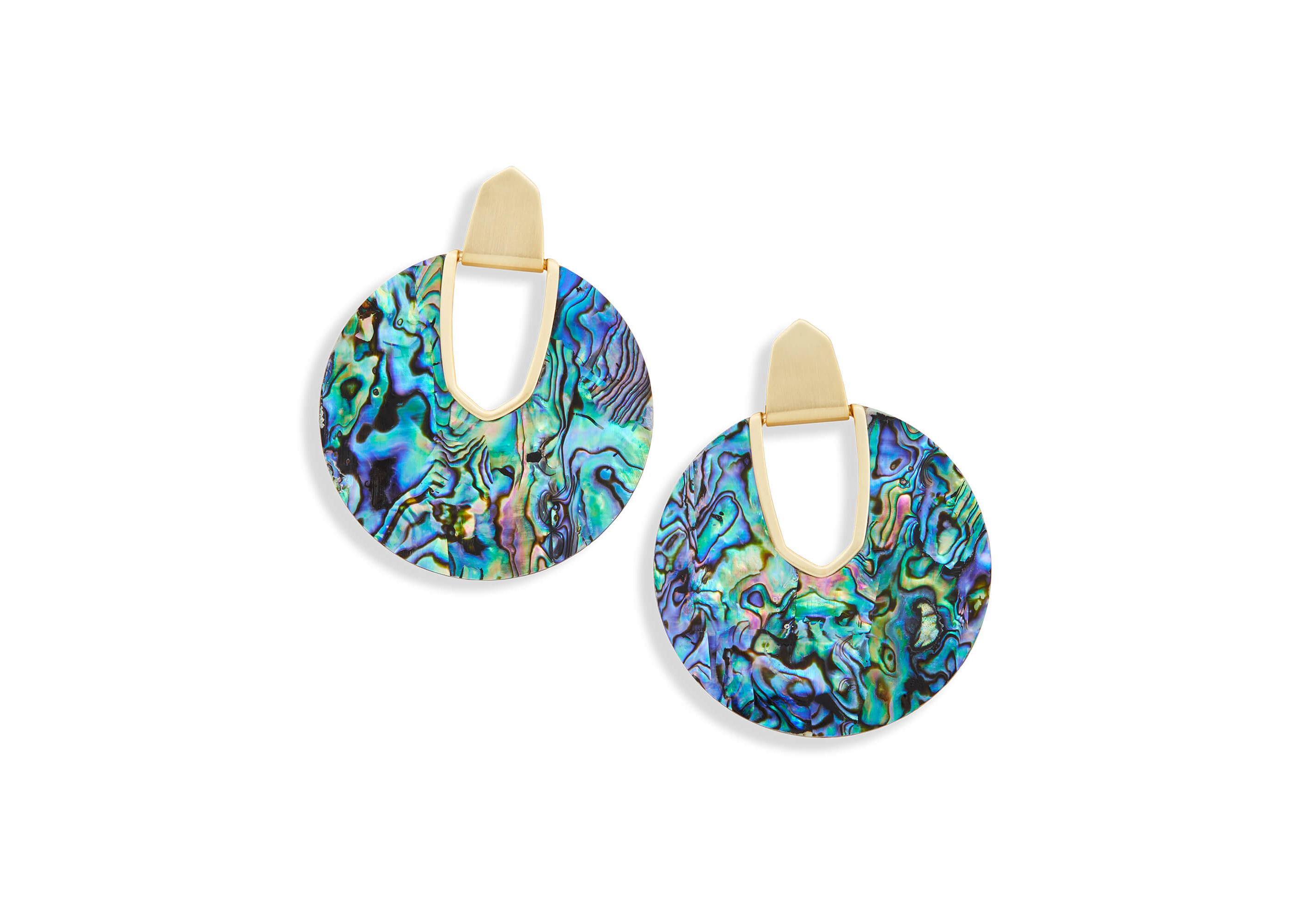 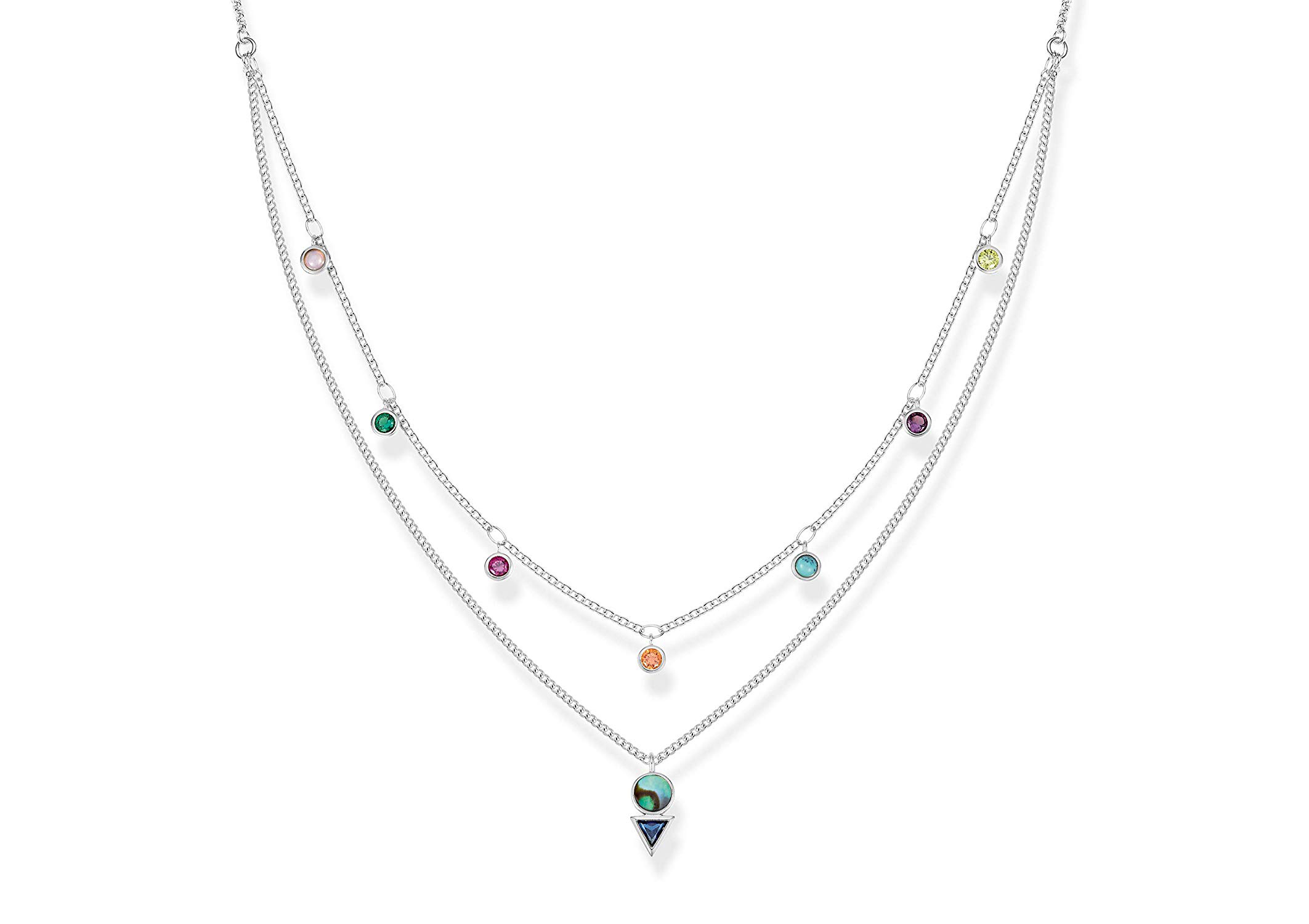 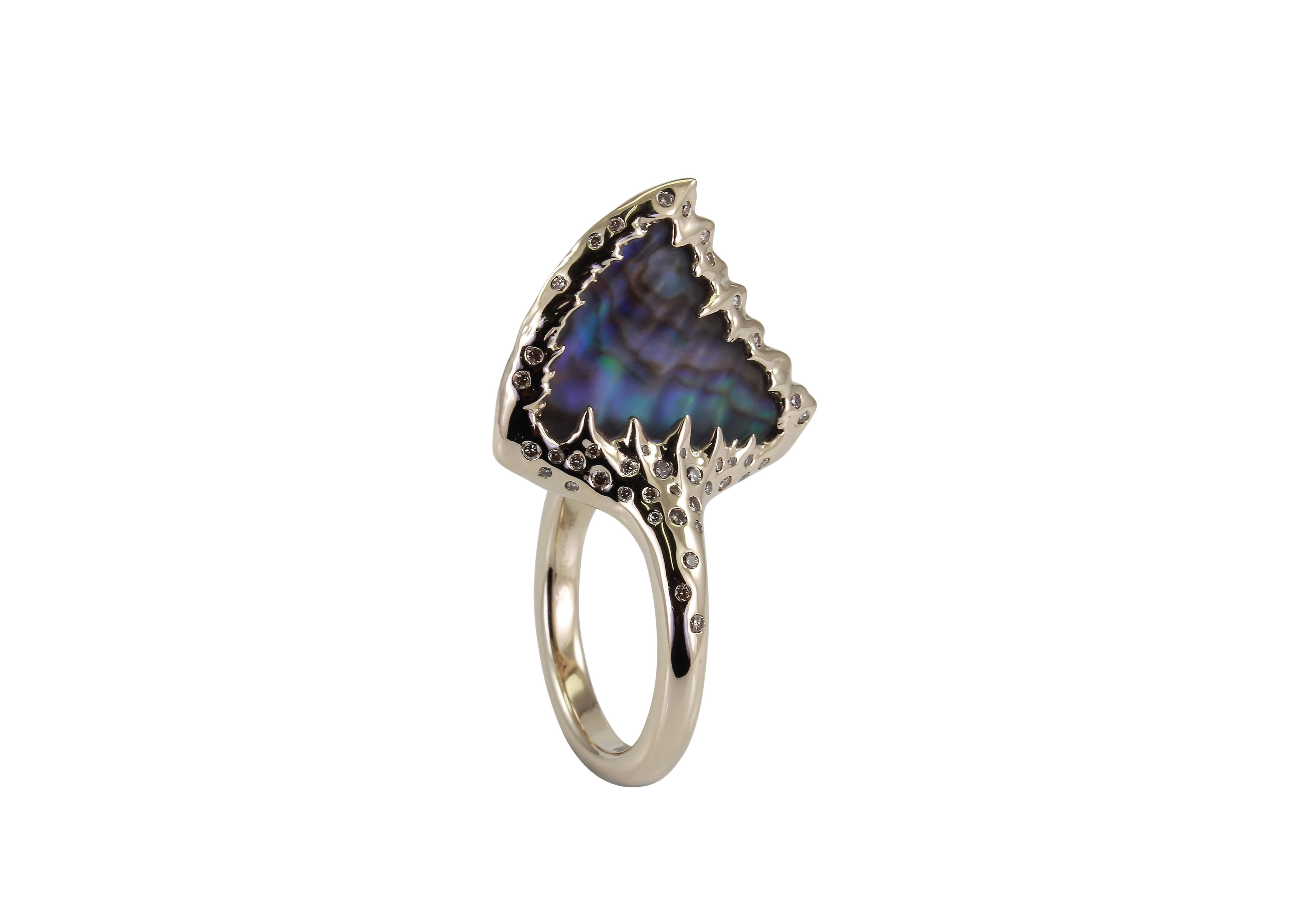 It can be found in halves on bathroom shelves, chopped up into buttons and filling up gift-store jewellery displays the world over. But the simmering, swirling pearlescence of the abalone shell is making a comeback in contemporary fine jewellery as a colourful alternative to traditional mother of pearl.

This shimmering nacre we see adorning jewels is created by the molluscs within the abalone shells, which are farmed in exotic locales such as New Zealand, Mexico, Australia and Asia. It offers a rich colourplay that ranges from greens and blues to violet and brown shades. Its formation is similar to traditional mother of pearl, which is much more common in fine jewellery. Just as the same nacre that makes mother of pearl can also form pearls, so too can abalone. However, abalone pearls are the rarest type of pearl in the world as these molluscs cannot be nucleated as they are haemophiliacs, and only one natural abalone pearl – which take up to a decade to form – is found in every half million shells.

Abalone shells, a by-product of the food industry, became popular with craft jewellers in the 1960s and 1970s, with the shell set into inexpensive silver jewellery. It found favour with the new-age spiritualist crowd, which believed that the shell can enhance feelings of peace, compassion and love. It also offered connections to the indigenous cultures of New Zealand, where the Maoris call it pãua and use it in artworks, and also Native Americans.

The revival of abalone shells in jewellery taps into a number of current trends: the 1970s revival in fashion; 90s kitsch; our fascination with unusual colourplay gems such as opals; and the oceanic, beachy vibes dominating design that have turned the catwalks onto this summer’s big hit, shell jewellery.

Though abalone is an inexpensive material, jewellers are placing it next to diamonds and gold; linking through to a fifth trend of mixing precious materials with those that are considered less so, as seen in Cartier’s new Magnificence high jewellery collection. Ananya has used it as a hexagonal bezel on a white gold cocktail ring from its Celeste line to showcase a 9.43ct tanzanite cabochon. Bibi van der Velden has placed it beneath rock crystal, to create a hazy underwater aesthetic, in her white gold and diamond Fin ring.

Clogau has just released 10 new collections for autumn/winter to celebrate its 30th anniversary this year, and one of those – the ocean-inspired Ebb and Flow – stars abalone set in gold and silver jewels alongside purple iolite gemstones. The abalone shell was chosen for its shimmering beauty, and its ability to transport its wearer wordlessly to the sea.

“The iridescent abalone shell is nacre, similar to mother of pearl, so it’s perfect for this sea-inspired collection,” says Sonia Menezes, head of brand development at Clogau. “The swirling blues and green with touches of white call to mind the colours of the ocean. The purple [seen in the abalone shell] is perfectly reflected in the iolite stone setting. Iolite is also known as the water sapphire. It works so well with the abalone.” 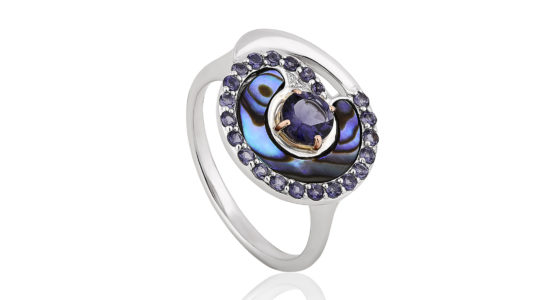 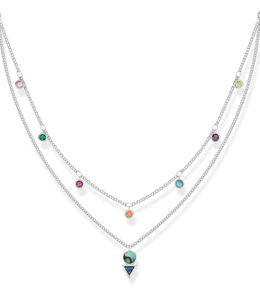 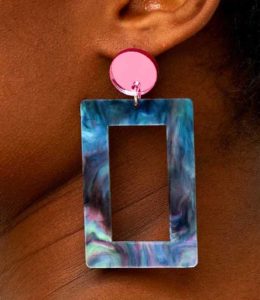 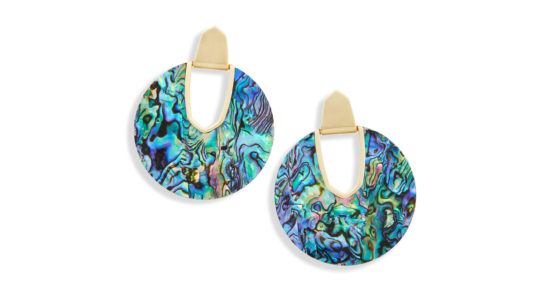 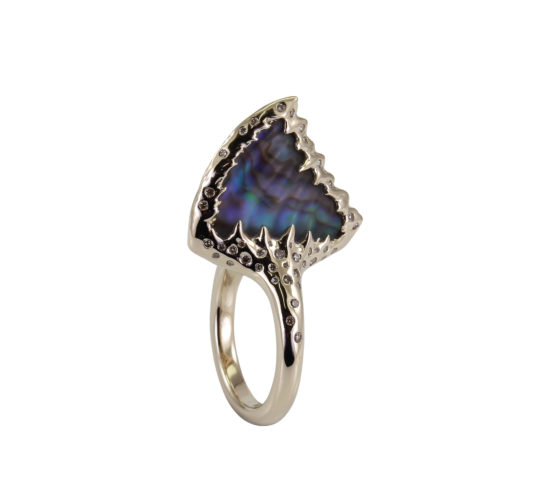 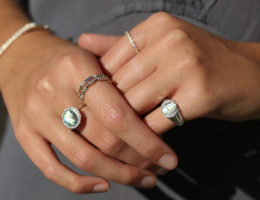 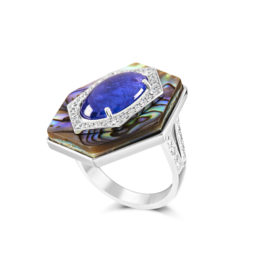 I have two abalone with pearls in them . Do you buy them. Thanks