Elina Faurschou gave up a career as a lawyer to follow her passion for jewellery design, and this fierce designer has never looked back 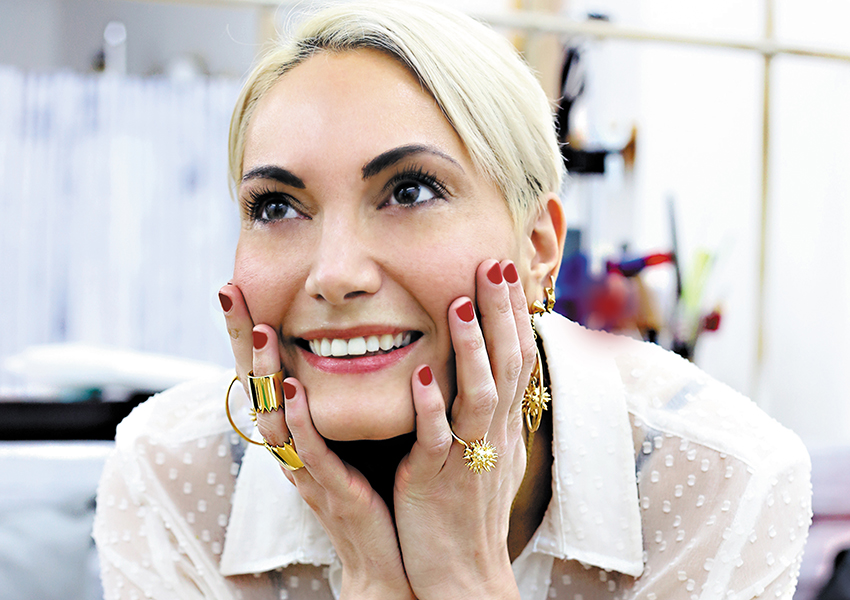 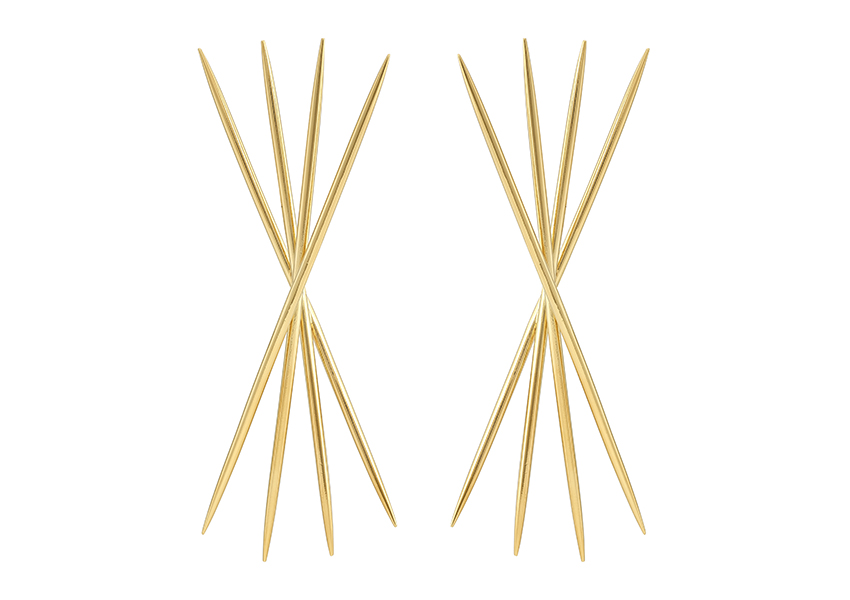 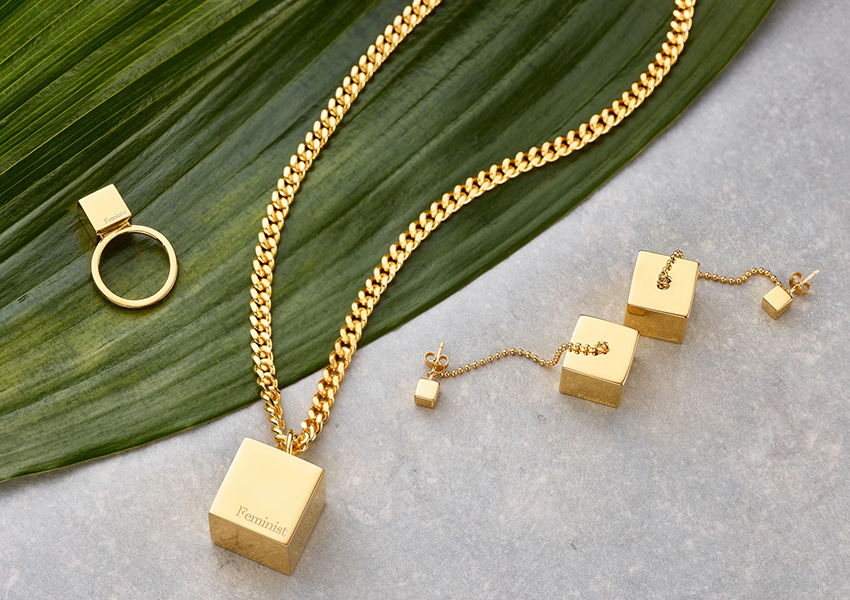 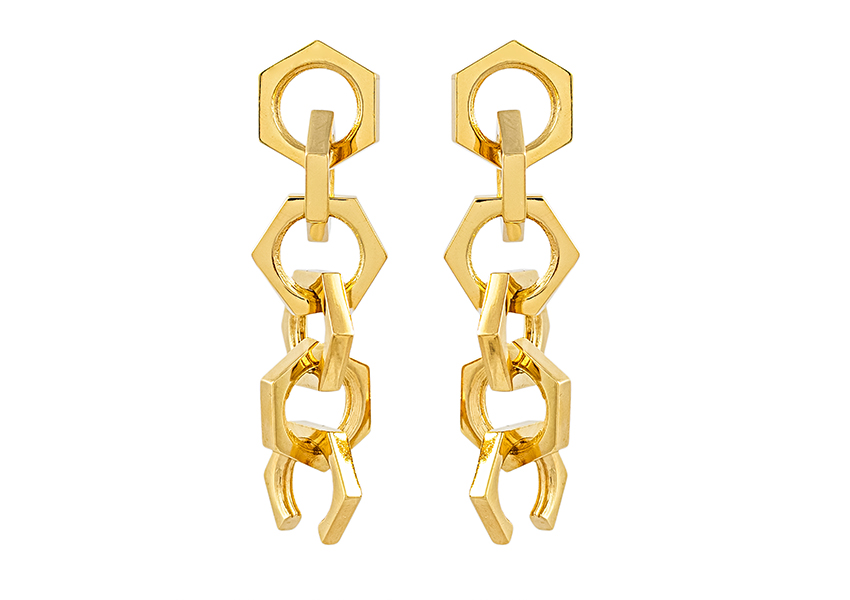 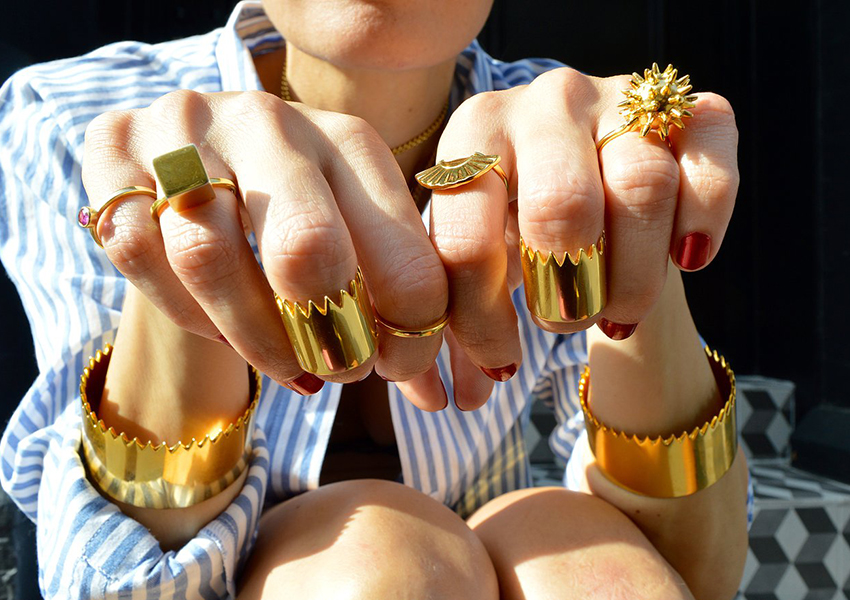 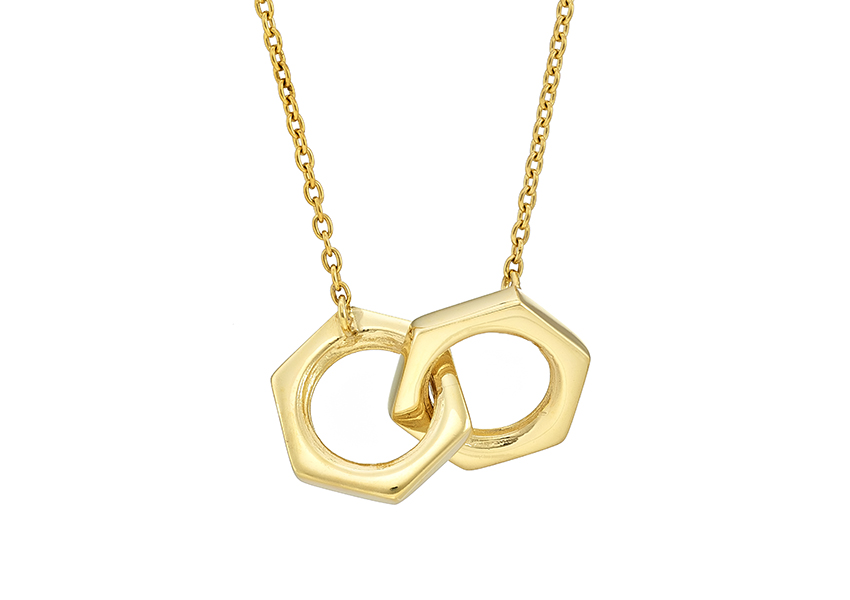 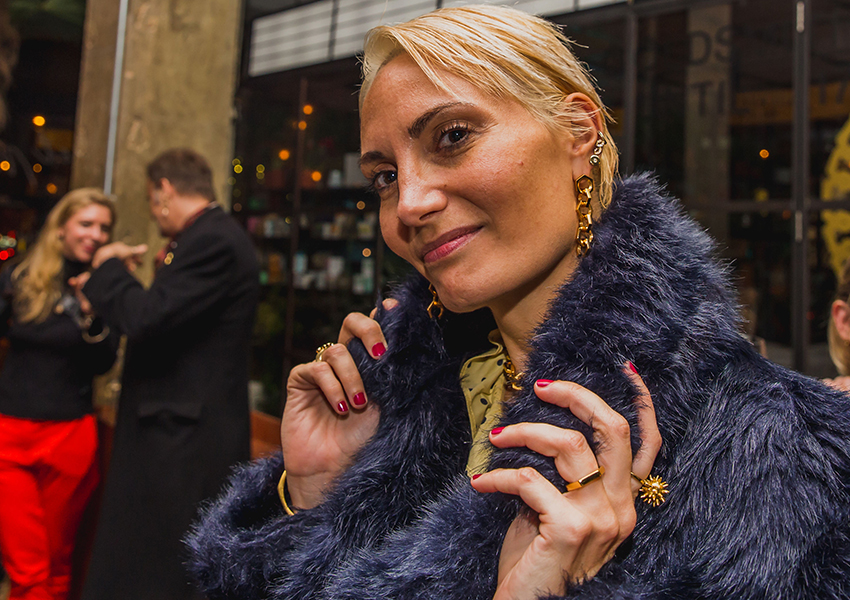 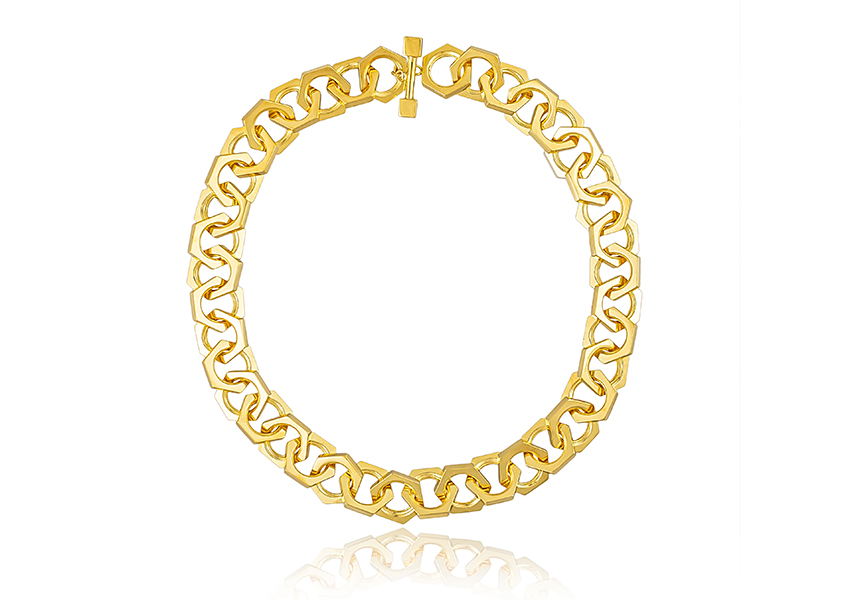 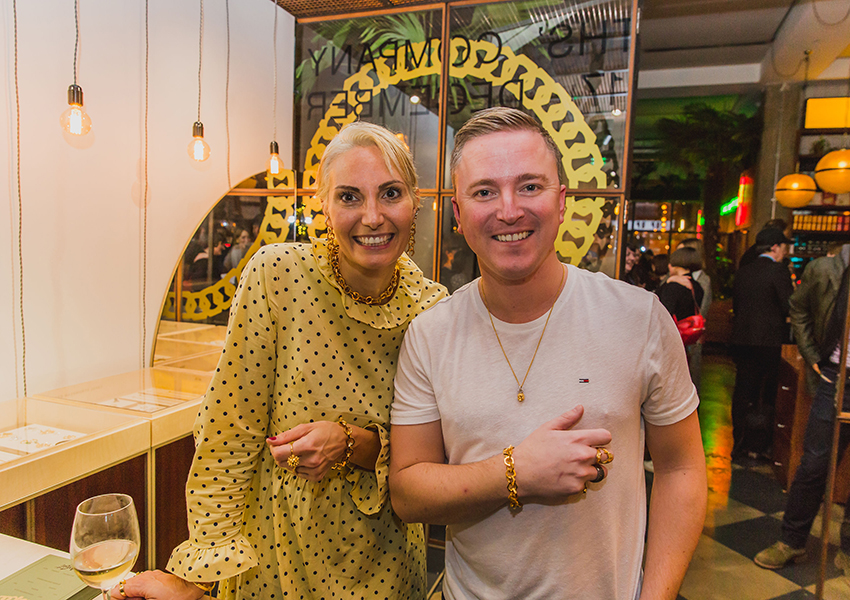 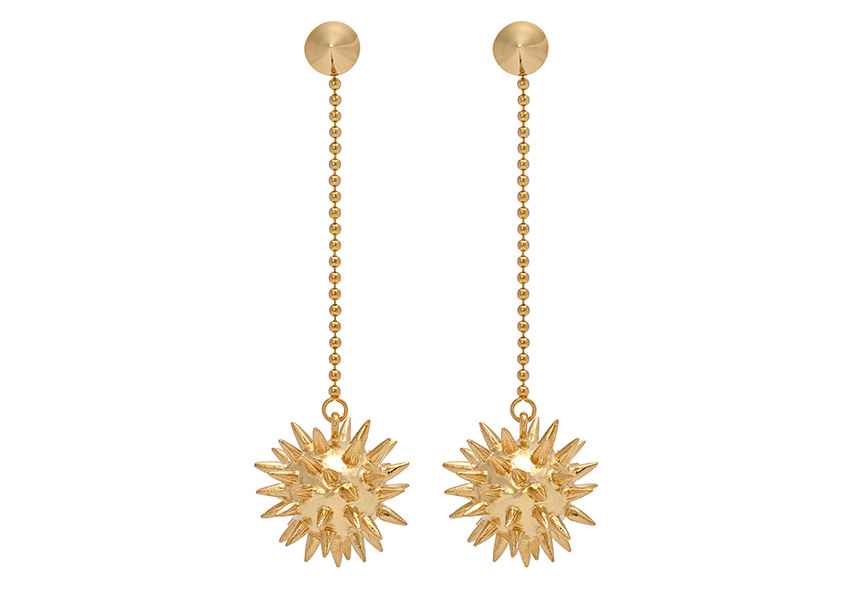 She looks like a model, accessorises like a boss, and has one of the coolest jewellery brands around right now. If you like your jewels to make a statement, Elina Faurschou, and her fashionable jewellery brand Phine, should most definitely be on your radar.

“Phine is all about Scandi, minimal jewellery, but with a statement touch; jewellery that empowers the wearer,” says Faurschou, whose blonde crop is perfect for showing off her carefully curated ear stack. “Some pieces are almost a little bit dangerous. They protect you.”

The sharp saw-like teeth of the Phine Spike rings or the Phine Morning Star earrings, which resemble medieval weaponry in miniature, most certainly look threatening. And the chunky cubes of the Feminist & Fierce collection, which have the word ‘feminist’ engraved onto them, have the protection of your rights as a woman firmly in mind.

Phine’s latest collection, which launched in September at The Jewellery Cut Showroom (which will return in February, 2019, as The Jewellery Cut Live), is Forever Interlinked. The central design theme is outsized chains with links that resemble nuts of the toolbox variety. Farschou has cleverly worked this motif to create a diverse selection of jewels, such as chunky chokers and bracelets, as well as more delicate earrings and pendants.

Many of the pieces can be worn more than one way, such as the Phine Forever Interlinked earrings that can be worn as long drops or as ear cuffs, by attaching the final open link to the top of your ear. “The concept is derived from the ideal that everything is connected,” says Faurschou. “The strongest links are between people, no matter what race, creed or gender, and those links can last forever.”

Like all Phine jewellery, the Forever Linked jewels are handmade in Faurschou’s London studio using traditional goldsmithing techniques, with a focus on ethical materials such as recycled precious metals and Fairtrade gold.

“I love to think outside the box a bit and to create designs that have not been made, like the Morning Star pieces, for example,” says Faurschou, who says she finds most inspiration when relaxing at home in Sweden. “I also get inspired a lot by manly things, like bolts and screws, which are transformed into women’s jewellery to empower us.”

Faurschou now lives and works in London, and credits her father with her career as a jeweller – “my dad taught me how to make jewellery from leftover gold in his dentist’s office when I was a kid” – but this was not her first profession. “I actually studied law first and was working as a lawyer in New York, Germany and Sweden,” she explains. “When I didn’t get the promotion I thought I wanted, and worked to hard for, I realised I actually wasn´t happy. I quit and applied to study jewellery design to follow my passion. Now, five years later, I am a goldsmith and have started my own business with Phine and I love every second of it.” 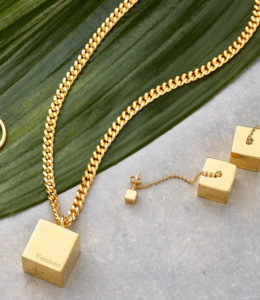 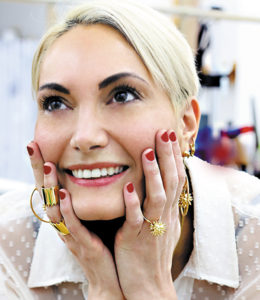 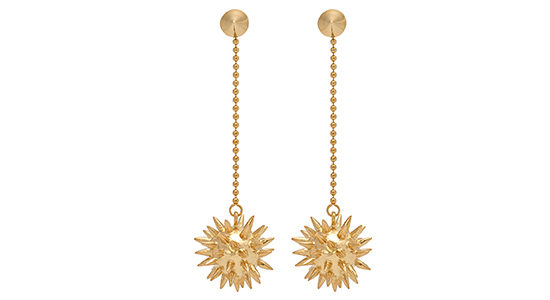 I get inspired a lot by manly things, like bolts and screws, which are transformed into women's jewellery to empower us 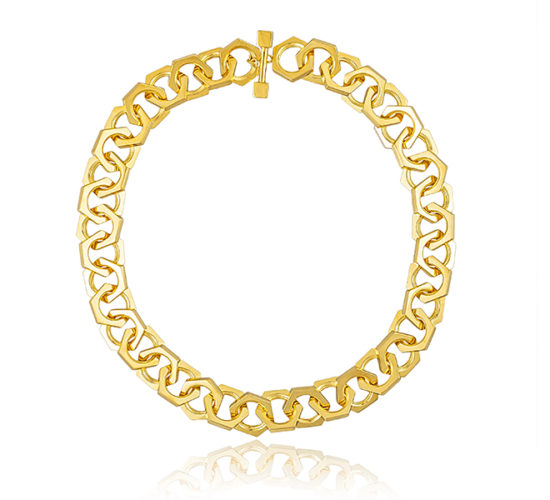 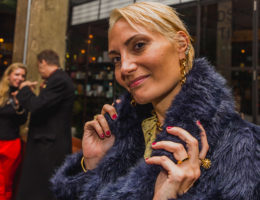 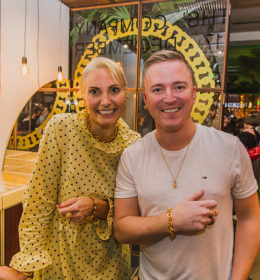 Elina Faurschou of Phine with The Jewellery Cut's Andrew Martyniuk

Elina Faurschou of Phine with The Jewellery Cut's Andrew Martyniuk 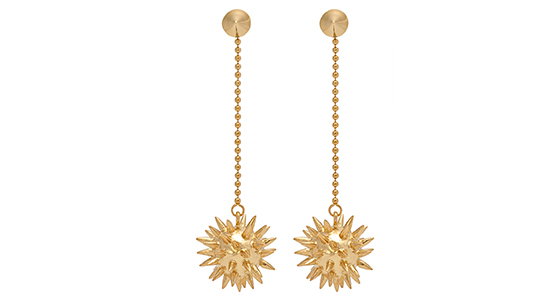