Rather than heritage rehashing, this season’s haute joaillerie was focused on new directions 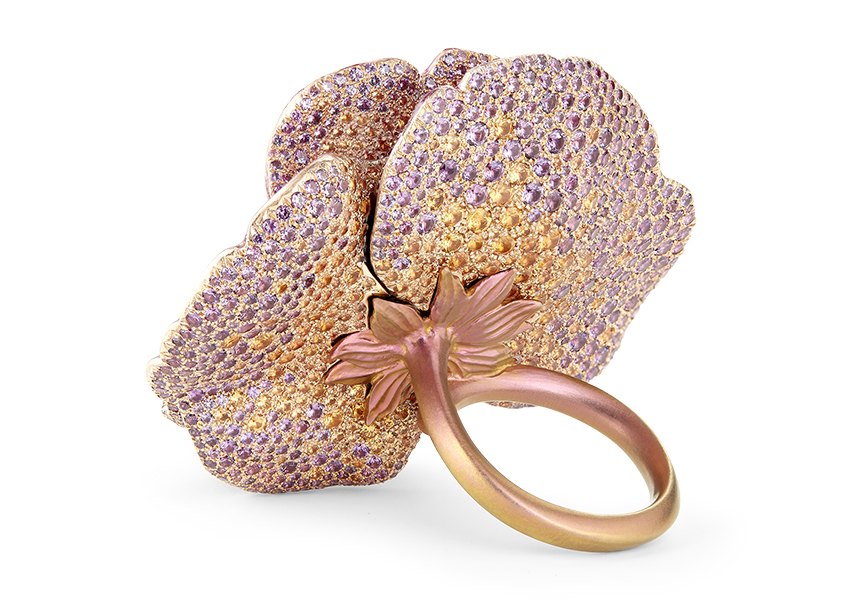 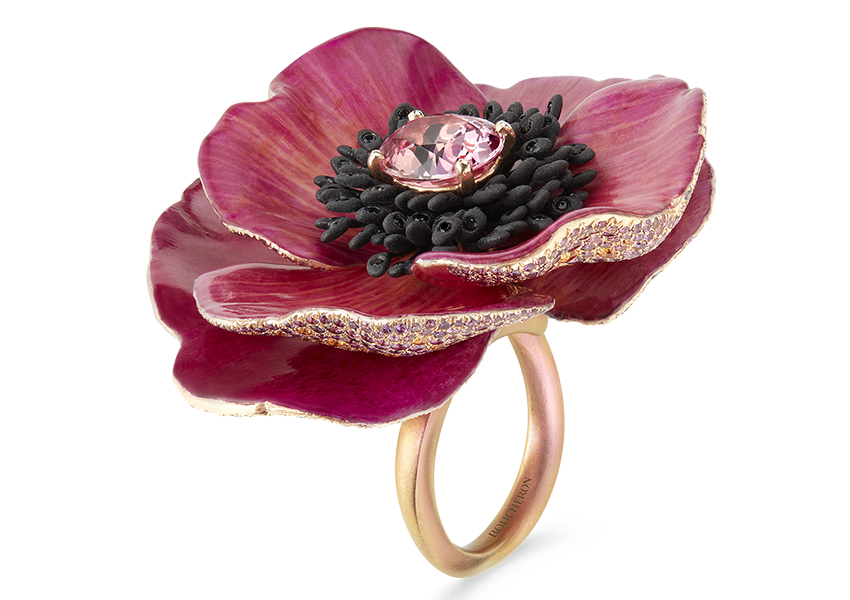 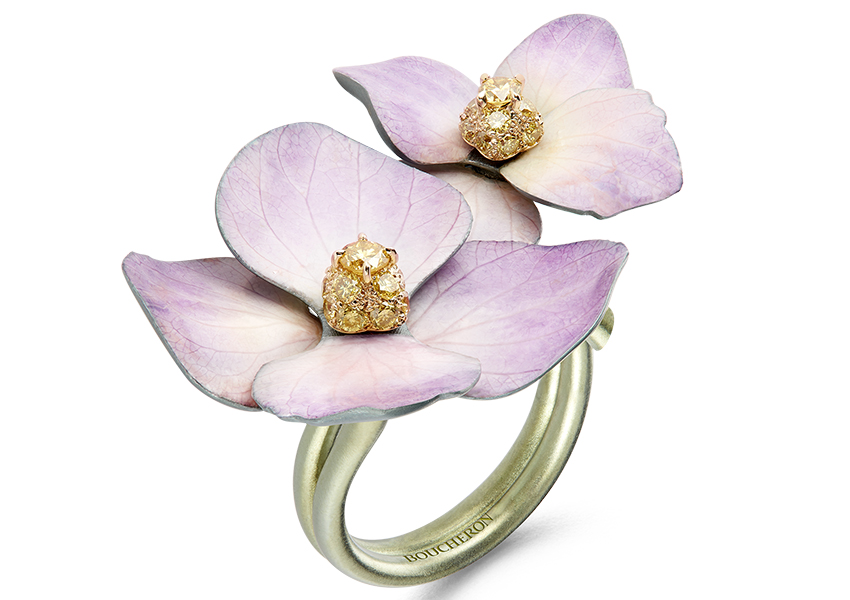 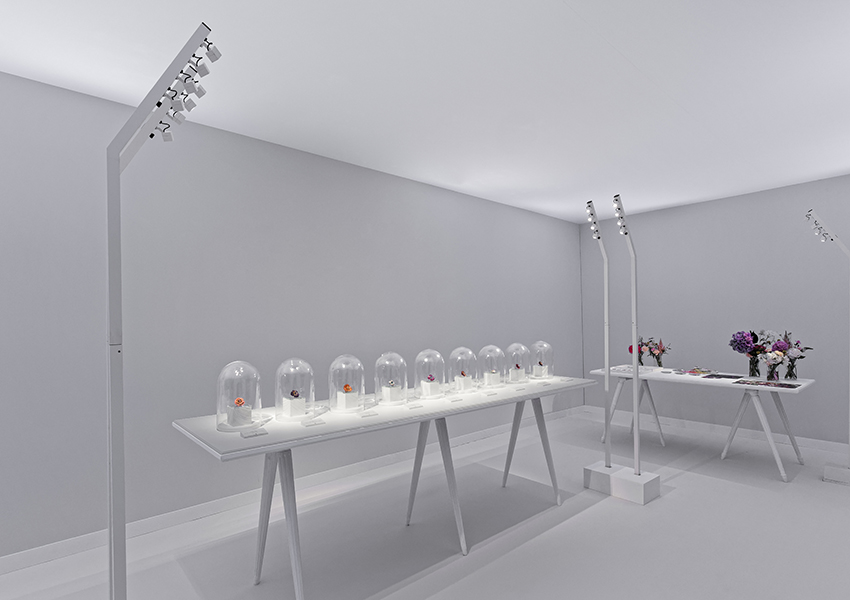 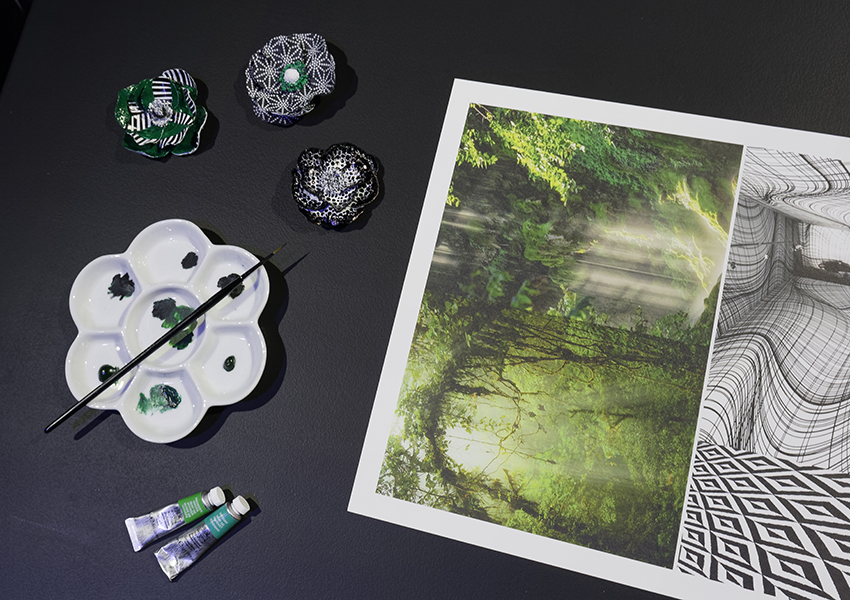 At Chaumet’s beautiful space above its Place Vendome shop, which outside of events such as Paris Couture is set up as a museum to the brand’s history, change was afoot. Rather than looking back, the maison looked forward, and in the direction of Africa. While much of the stones that have glittered in Chaumet’s collections throughout the decades will have started their jewellery journey as rough on this continent, the new Tresors D’Afrique collection is not about that. Nor is it a charity-led collection about building up mining communities. Instead, it is a wild and colourful celebration of contemporary African art.

The entire collection was inspired by a chance discovery of a single artist, 39-year-old Evans Mbugua, who now lives in Paris but was born in Nairobi, Kenya. His print-driven layered paintings are an explosion of colour, its subjects portraying today’s African culture in a fun, expressive manner. And as such, so too does Tresors D’Afrique with necklaces that mimic African beadwork but do so with precious ruby, sapphire and emerald beads. Cuffs use dark ebony, hard stones, onyx and brightly hued gemstones to channel African ornaments. Plus, Evans designed a brilliantly quirky and, of course, colourful clutch of animal-inspired brooches as part of the collection.

Over at Boucheron, boundaries were also being pushed, but technological rather than cultural. This heritage house did indeed decide to explore its past and those treasured archives, but wanted to bring them bang up to date in quite a spectacular way. Boucheron is famed for its floral designs and the jeweller wanted to explore this through a lens of hyperrealism, which led it on a journey of discovery.

Boucheron’s designers wanted to scan flowers to be able to make exact replicas in gold, but found that the high water content of the blooms made this impossible using more accessible scanning technology. Undeterred, they worked with French universities to find a way to use MRI scans (the same sort as used to do full-body scans in hospitals) that would capture all the detail, right down to the tiny veins running through the petals.

The experiment worked and Boucheron was able to create incredibly lifelike flowers using moulds created from the scanning process. But the process didn’t stop there. Boucheron also partnered with a petallist  (I’ve ben reliably informed that this is indeed a real word and profession) who took those same blooms that had been scanned and applied them to their gold doppelgangers. The flowers were then spritzed with a thin layer of clear lacquer. This not only fixes the flowers in place but also preserves them for eternity. Yet when you run your finger over the jewel, they still feel like a real petal. C’est magnifique, no?

Rather than looking back, the maison looked forward, and in the direction of Africa" 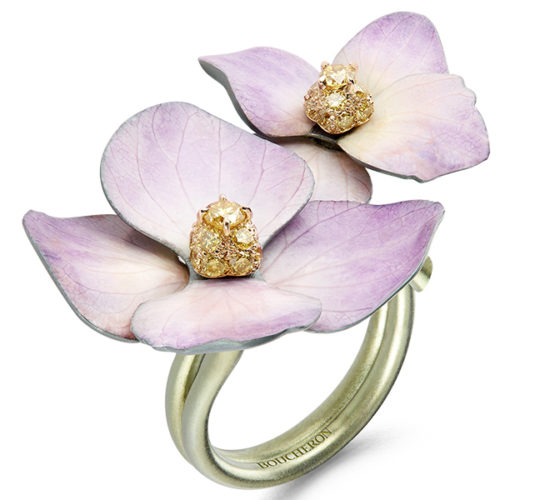 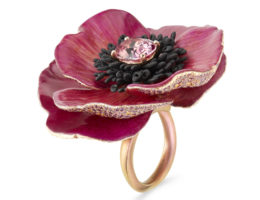 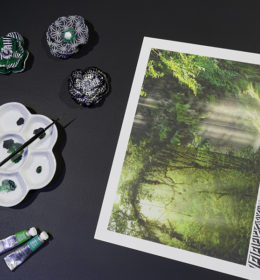