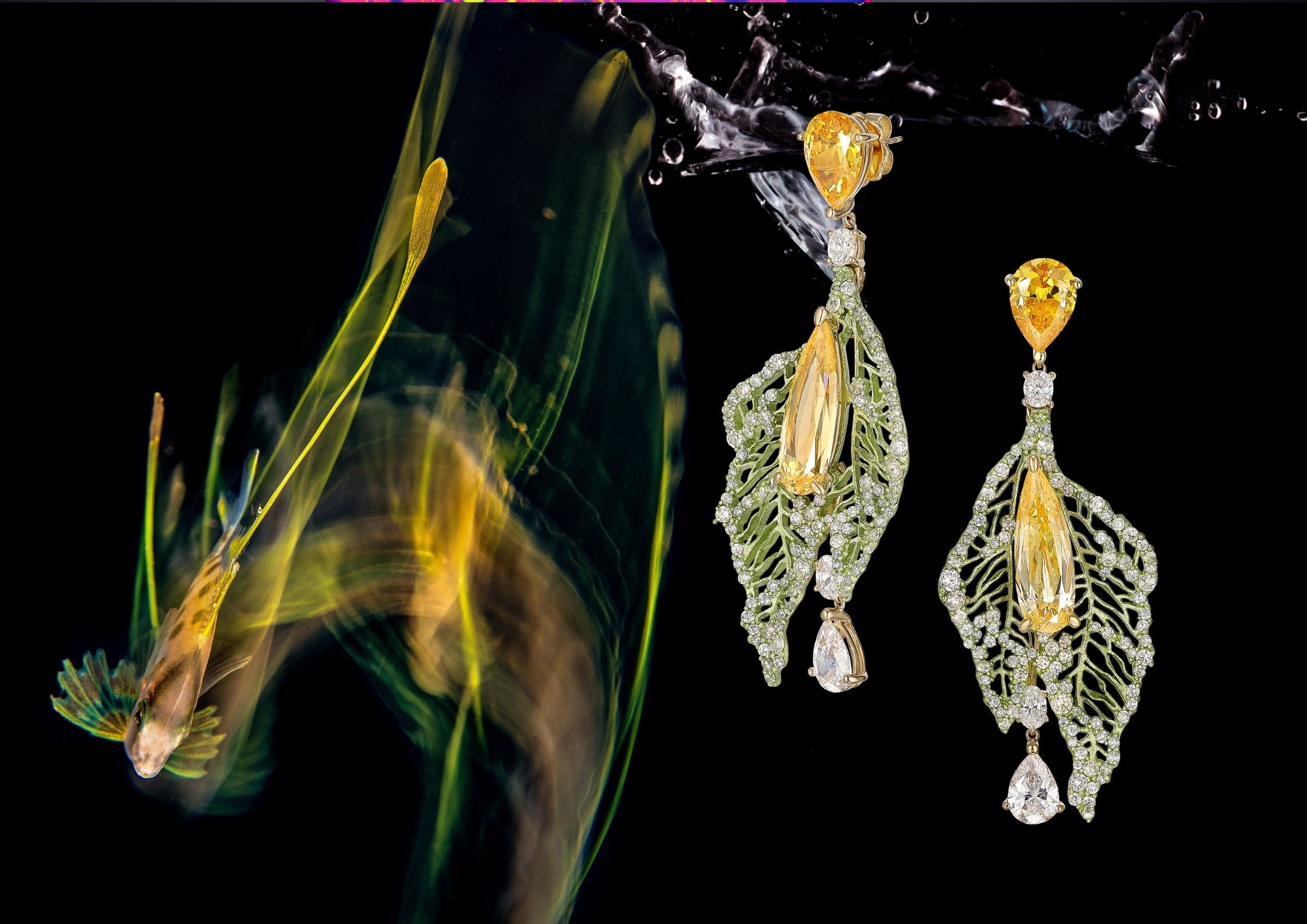 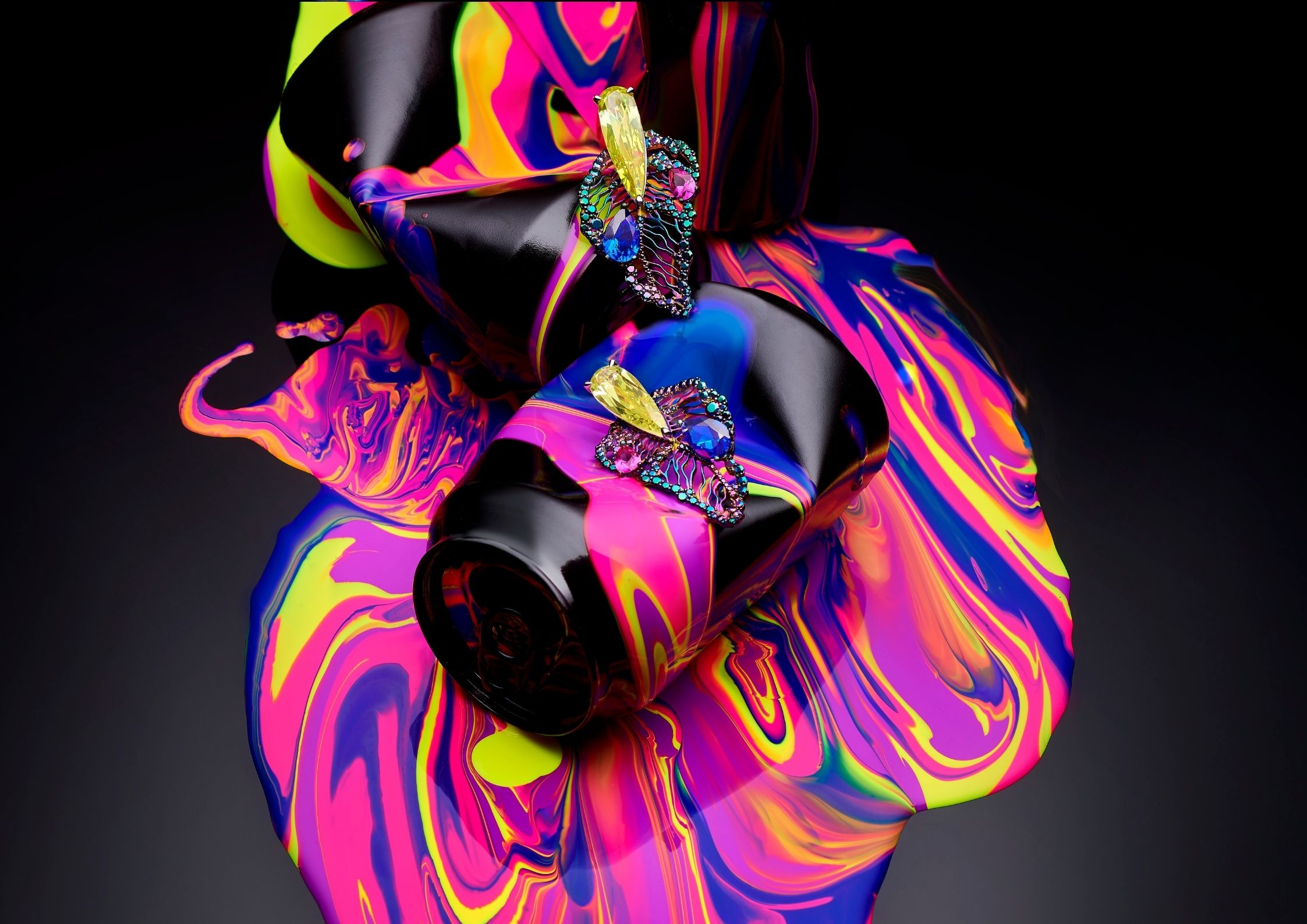 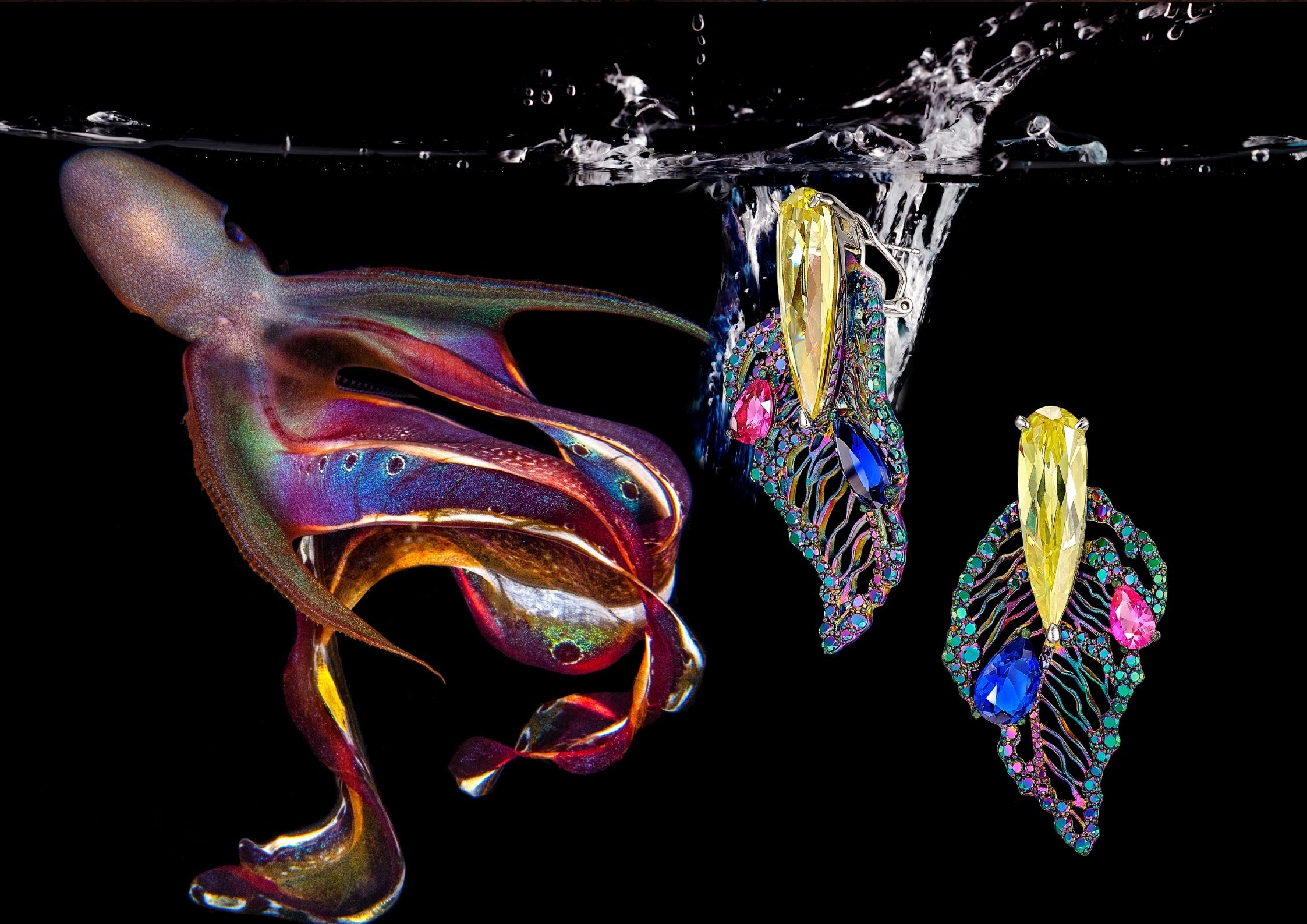 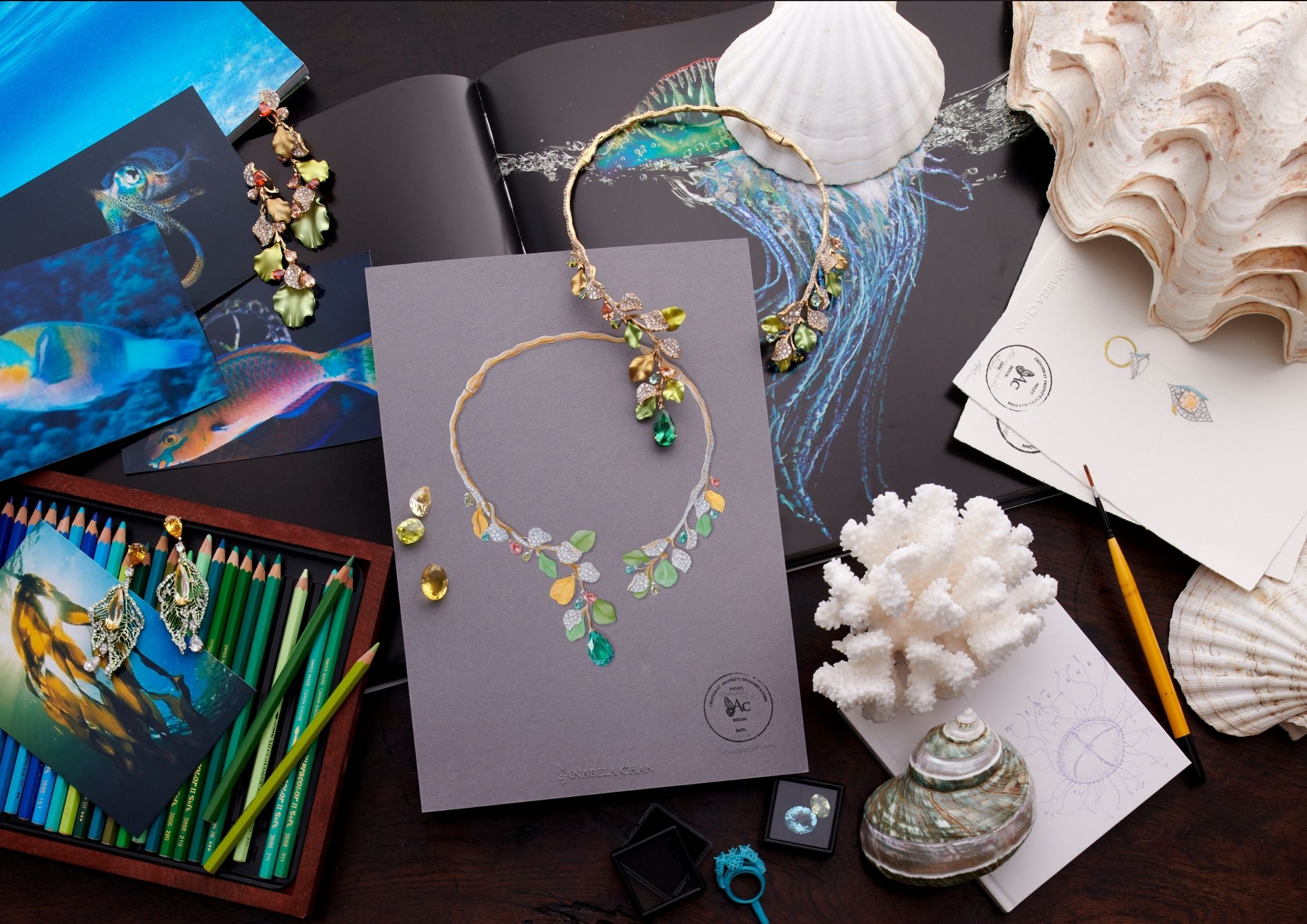 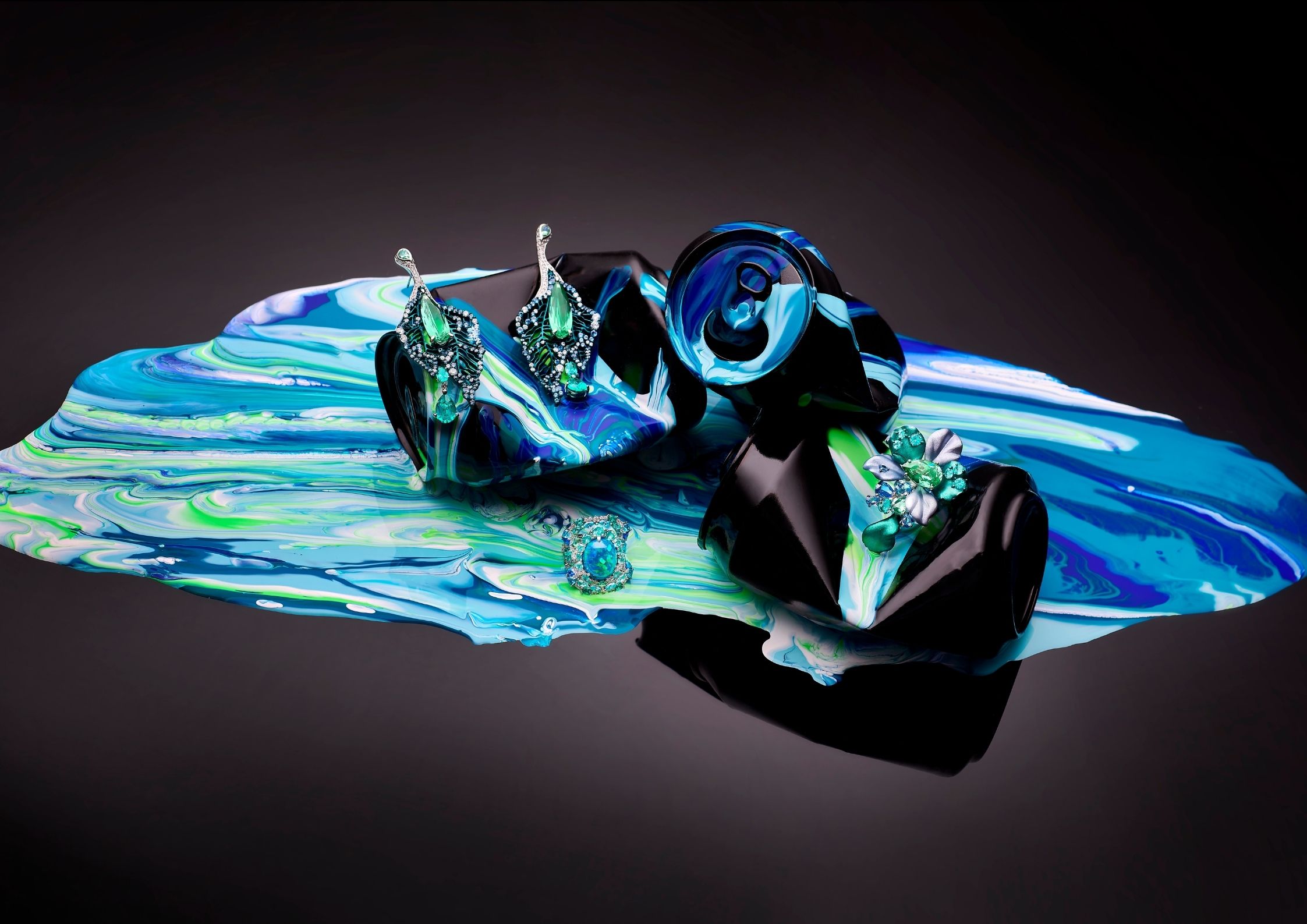 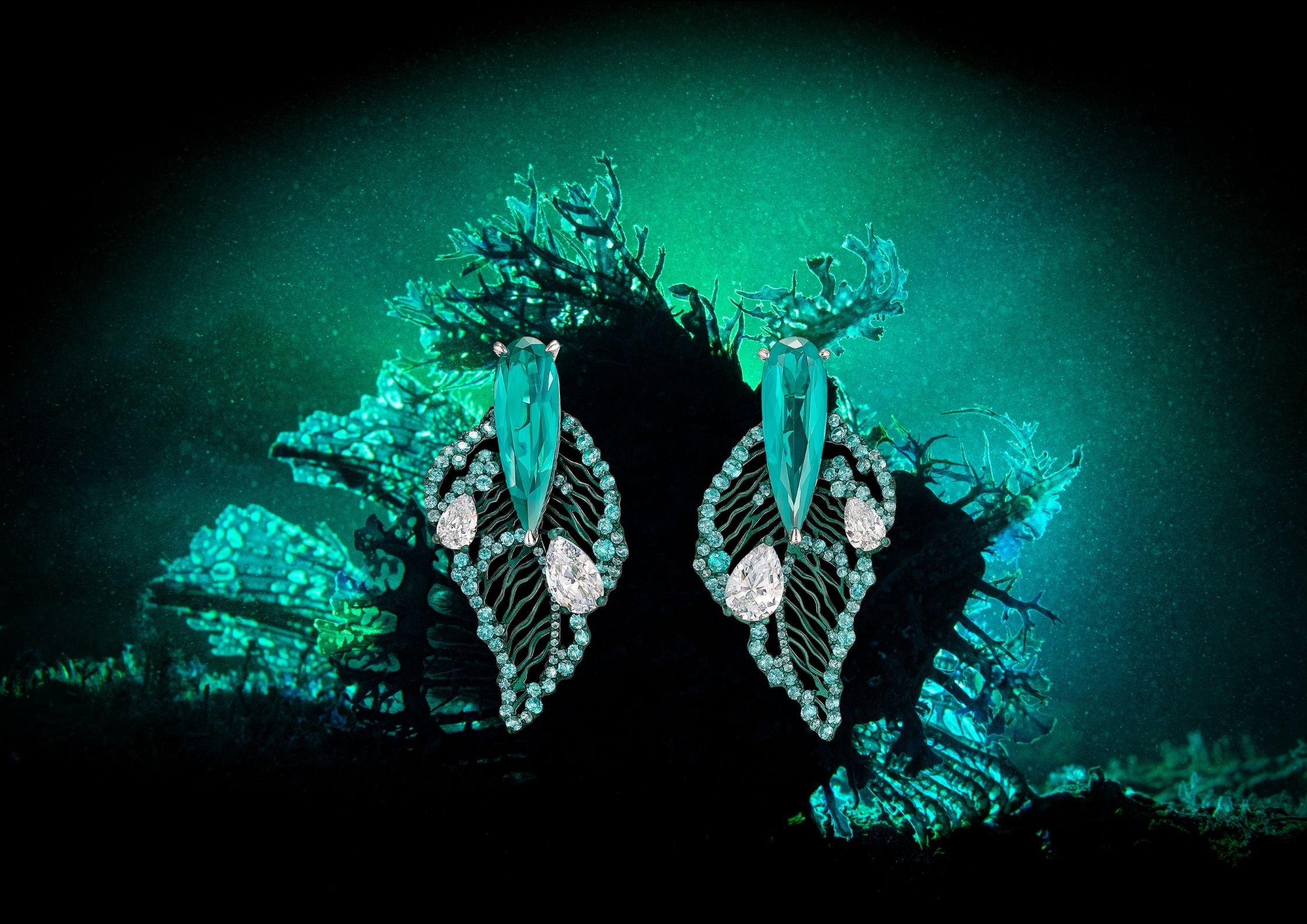 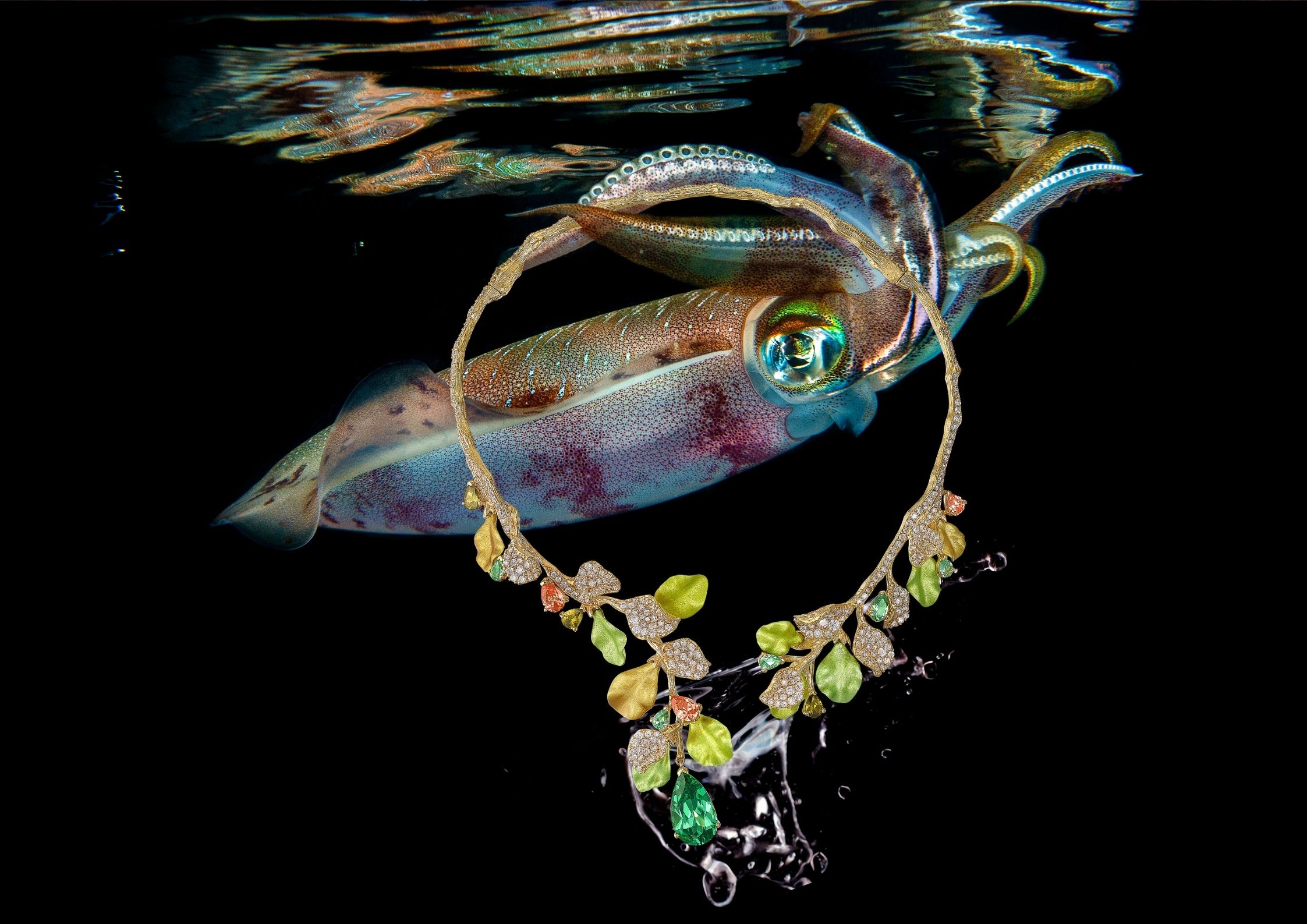 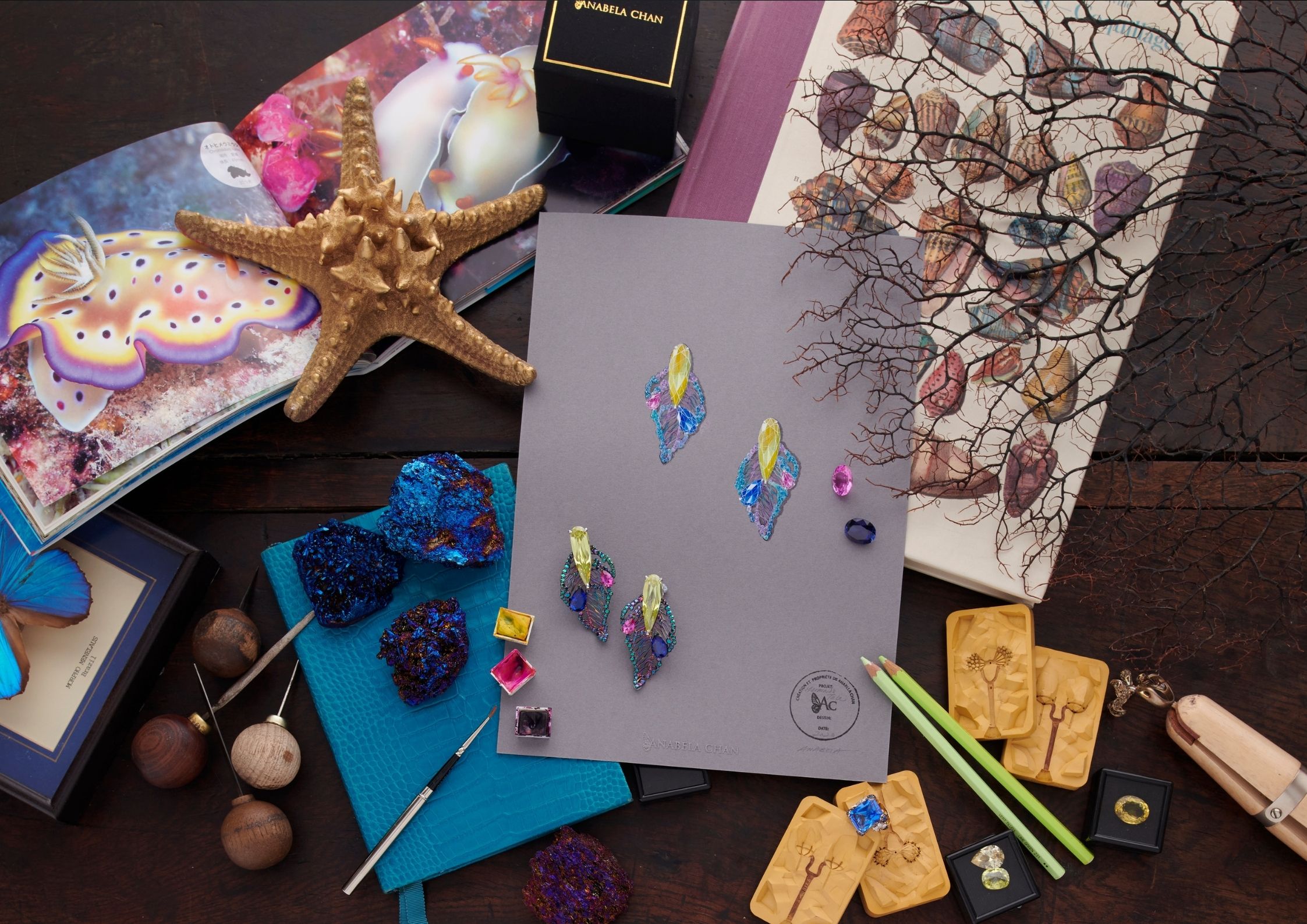 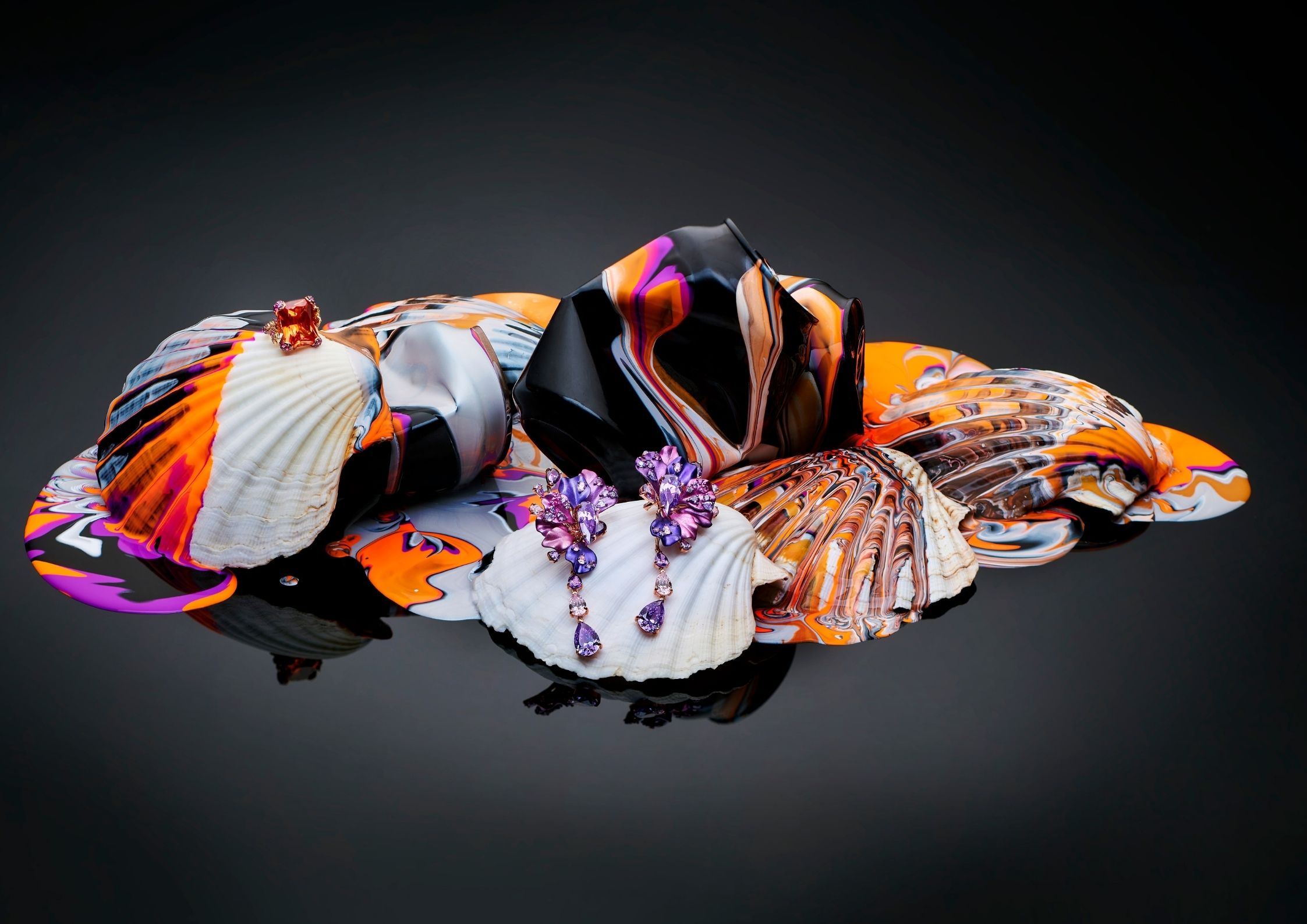 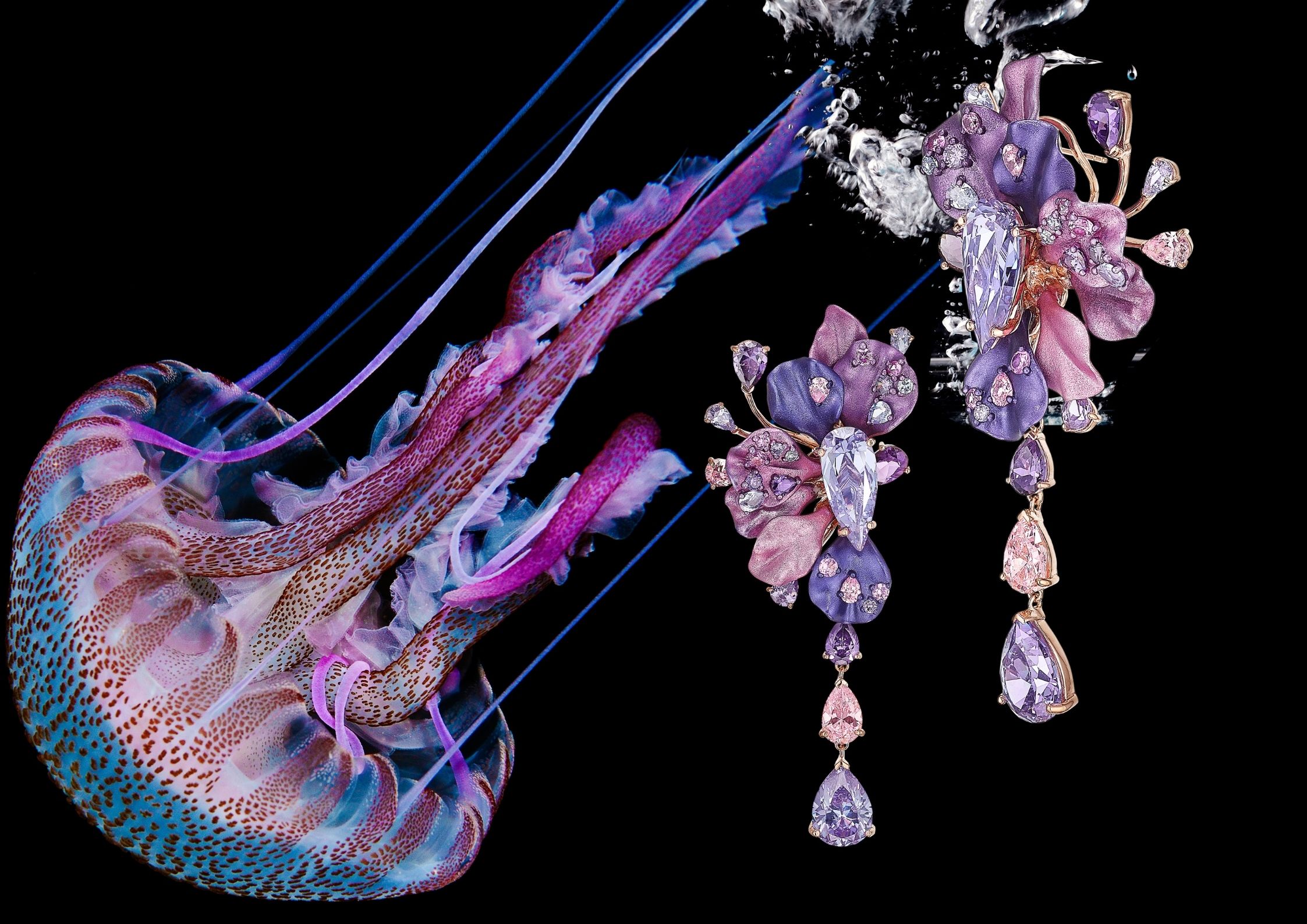 Anabela Chan might not have travelled much during the pandemic, but her mind certainly has and where it has found wonder is in the natural world. Absorbed by documentaries and discoveries focused on the ocean, her latest jewellery collection Mermaid’s Tale is a celebration of subaqueous beauty with a message.

Her aim with Mermaid’s Tale was to capture “a glimpse of the magic and wonder of our magnificent oceans”. To do this, she has turned once again to a sustainable material that is unusual for luxurious jewellery designs – recycled aluminium drinks cans. 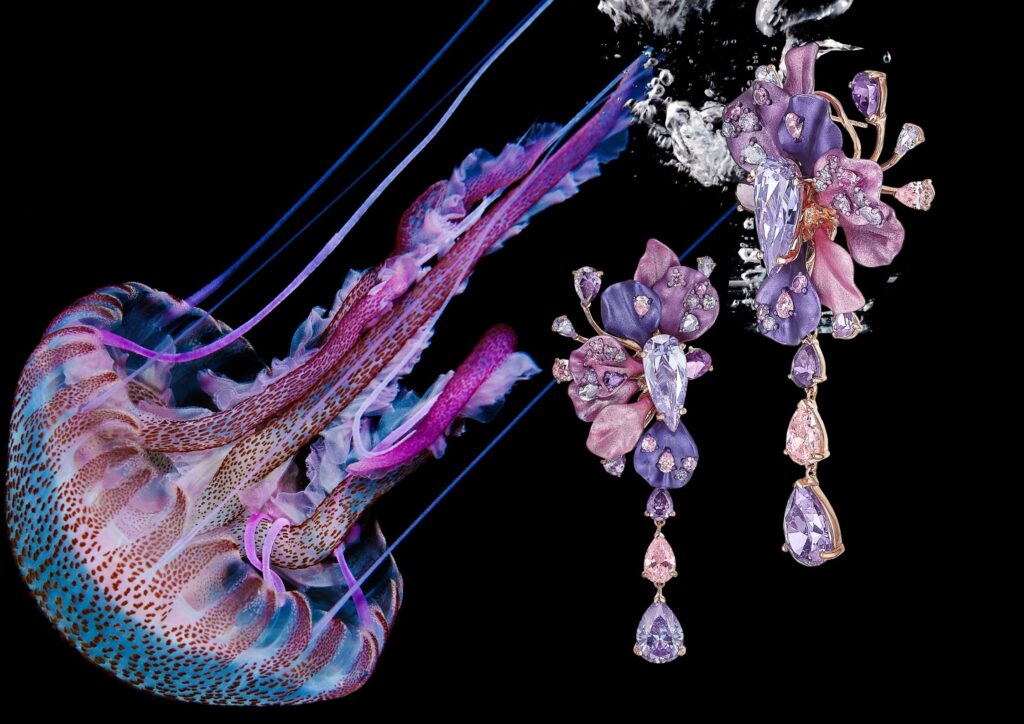 Anabela first explored this medium with last year’s Blooms collection, which garnered much attention. The used cans must be cut into minuscule squares before being melted at temperatures of 600 degrees Celsius. This time round, many of the cans used have been collected from beach cleans, some personally by Anabela and her children during holidays to the British seaside.

“The idea behind this collection actually began through a conversation about a shared passion for our oceans and its conservation with two of my girlfriends from half way across the world, who both independently left their corporate jobs in favour of time spent at sea,” says Anabela.

One of those friends is Valentine Thomas, the Canadian/French lawyer who left the corporate world to become a freediver, spearfisherwoman, chef and sustainable seafood advocate, who has amassed a major following (Valentine has also been chipping in with the Anabela Chan can collection, plucking discarded cans from the sea during her dives). The other is Lily Wang, who turned in a job as a public health official in favour of pursuing her dream of becoming an underwater photographer – capturing luminescent creatures in the deep, black waters of Japan – and a conservationist. 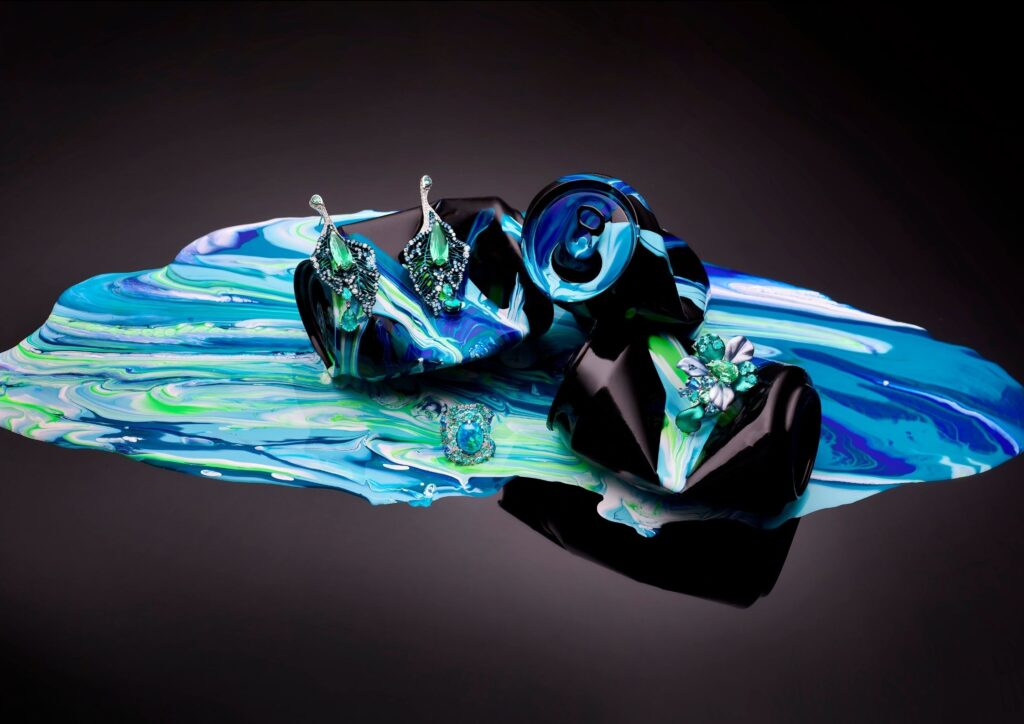 A selection of lab-grown Paraiba tourmaline jewellery from the Mermaid’s Tale collection, enquire at Anabela Chan

The jewellery Mermaid’s Tale has an iridescent glow to it, mimicking the vivid shades of sea life such as bigfin reef squid – also known as glitter squid for their near-luminescent green-blue or metallic red hues. This has been achieved by anodising the recycled aluminium to achieve oceanic shades including kelp greens, soft purples, azure blues, deep reds, and bold multi-coloured metals.

The designs reference underwater plants or the fluid movements of deep-water creatures. Some have characterful embellishments, like the lab-grown-diamond-set clams cupping a single pearl on the sides of the cocktail rings. Each design set with a complementary clutch of colourful lab-grown gemstones – Anabela Chan is famed for her use of man-made gems and diamonds, and Mermaid’s Tale is no different. Gems include lab-grown emerald, lab-grown Paraiba tourmaline, lab-grown ruby and lab-grown turquoise.

With innovative materials, bright colours and pleasingly dramatic designs, all anchored by a positive message of sustainability and ocean preservation, we highly recommend taking a deep dive into Anabela Chan’s Mermaid’s Tale. 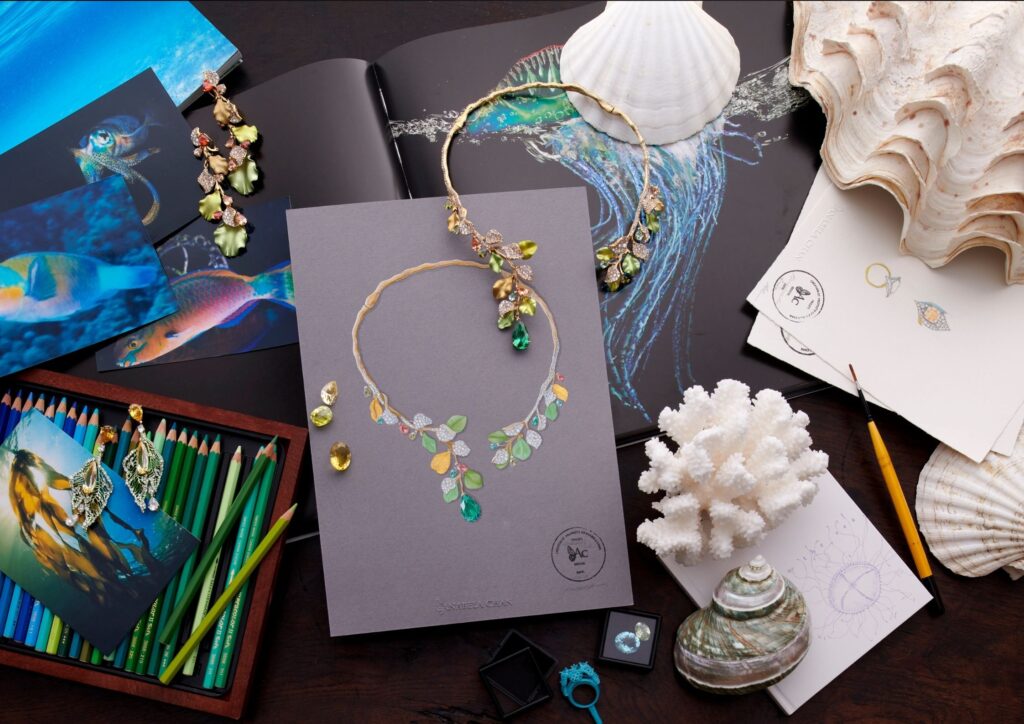 A suite of jewels from the Mermaid’s Tale collection, enquire at Anabela Chan