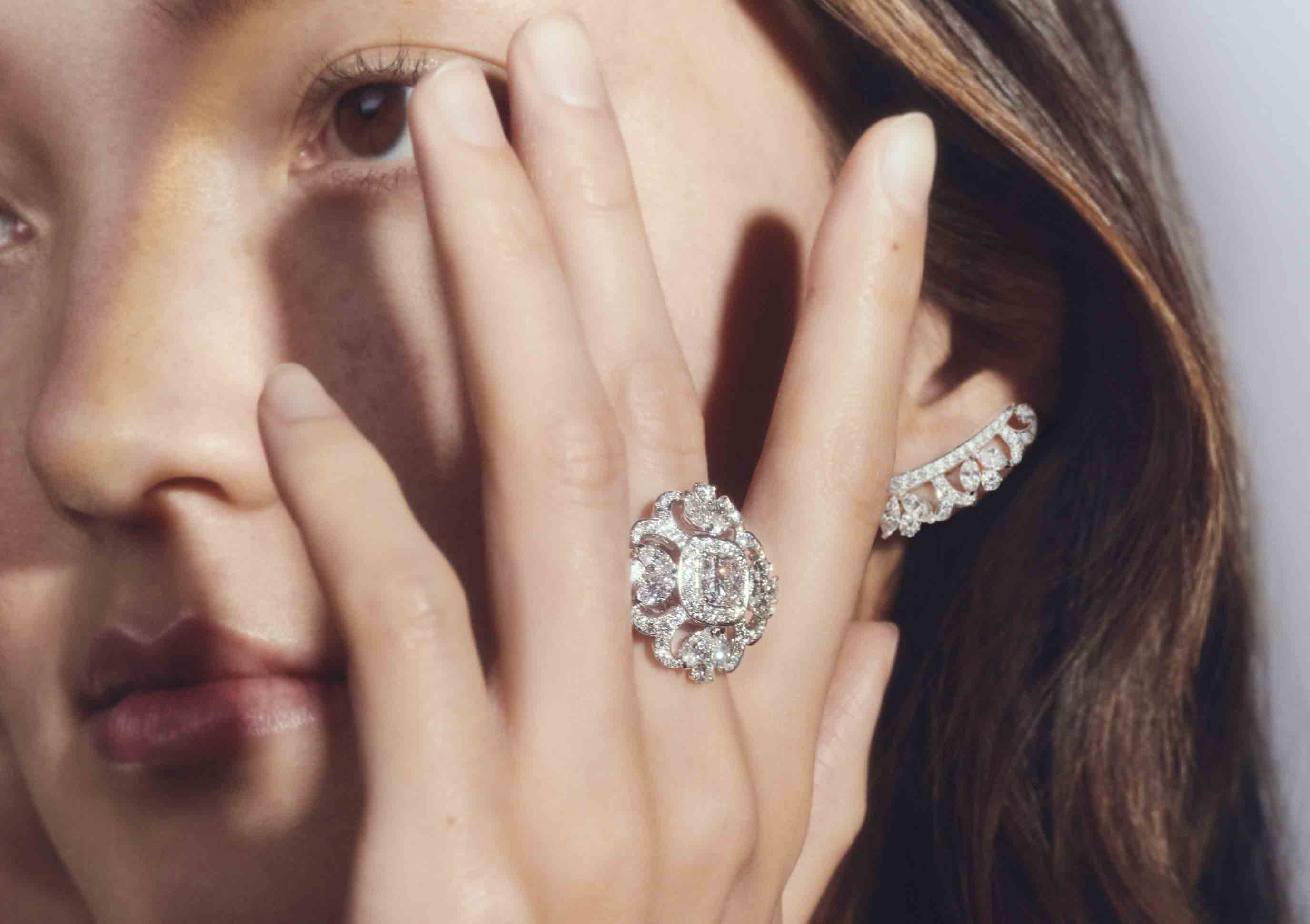 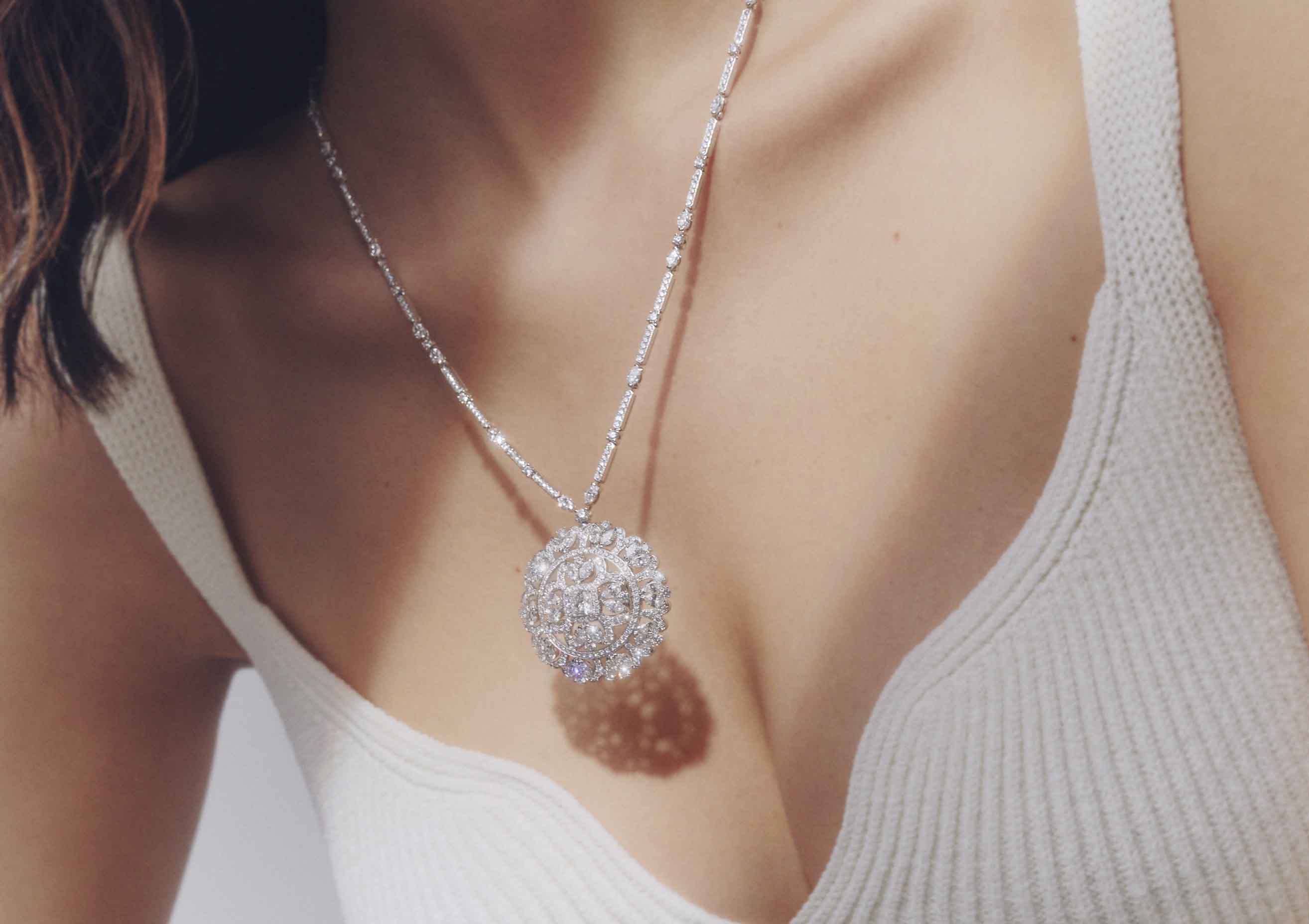 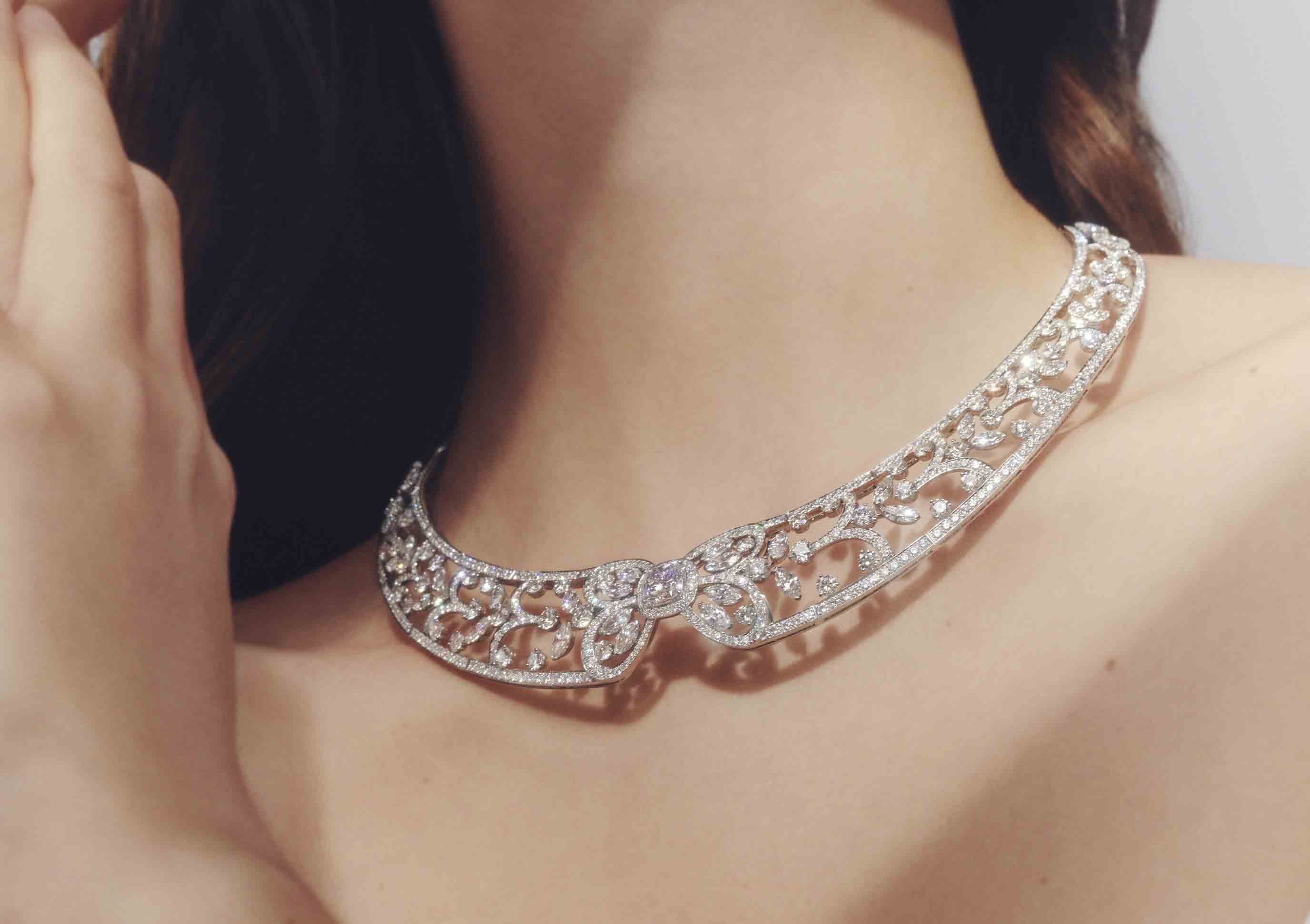 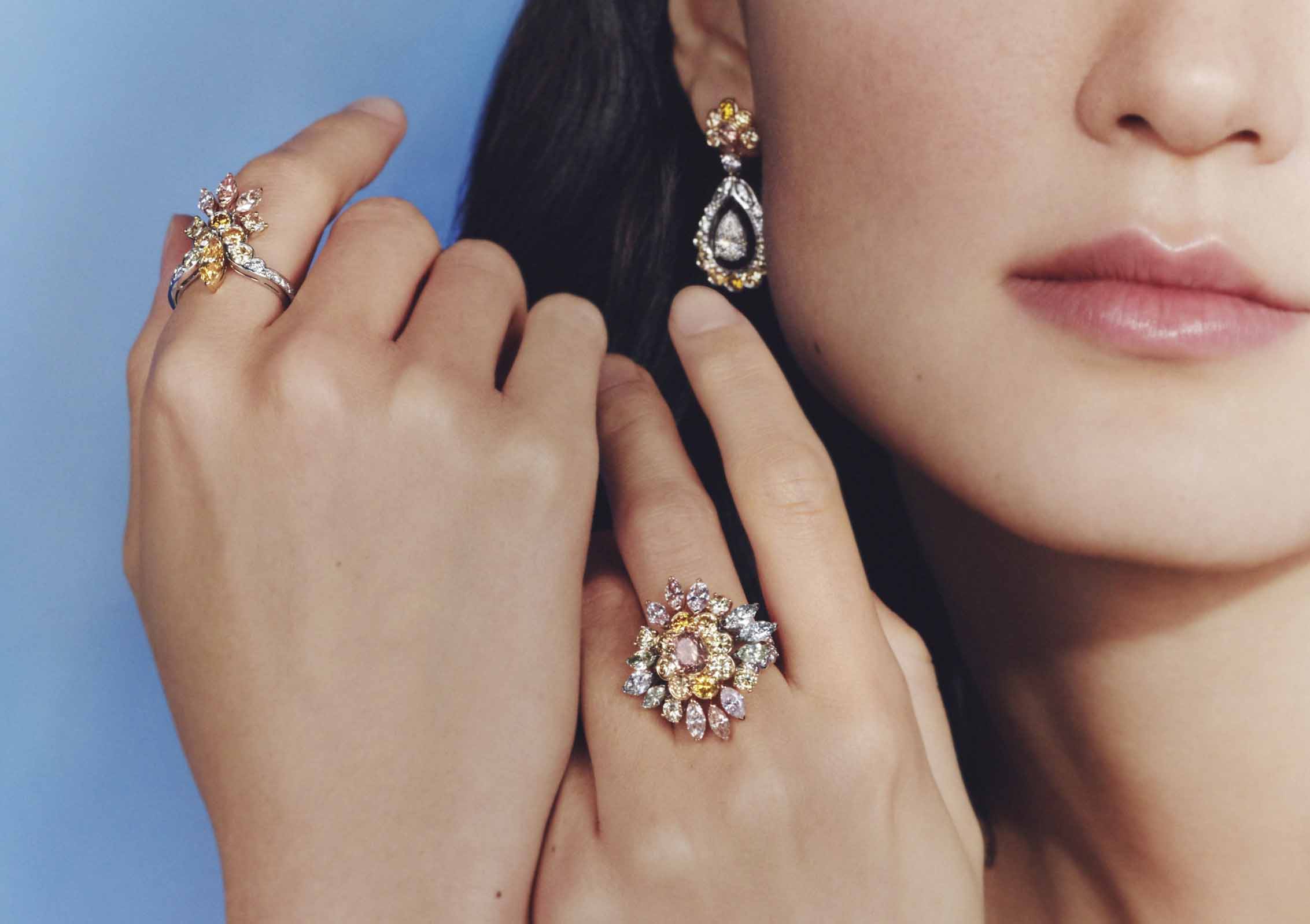 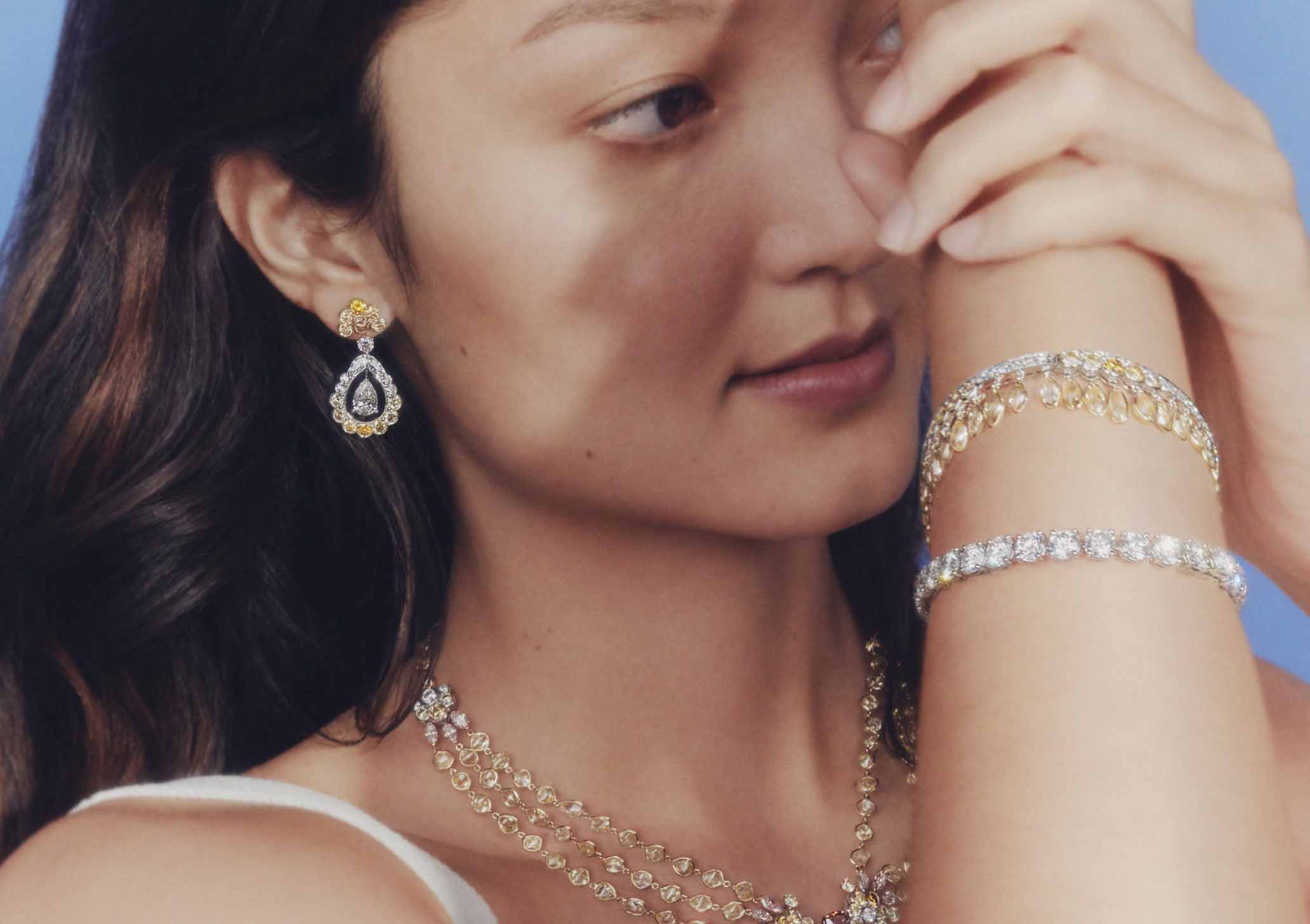 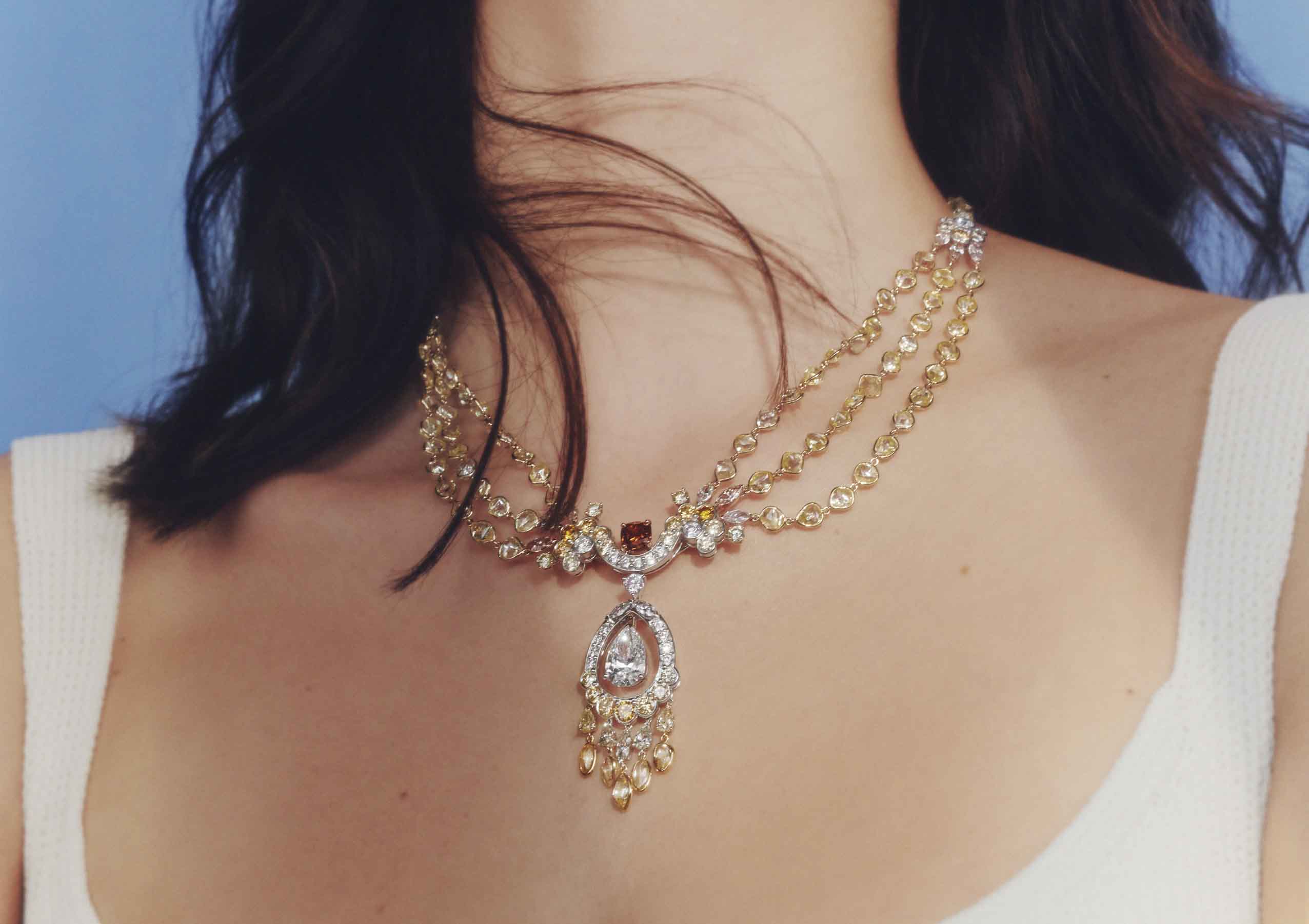 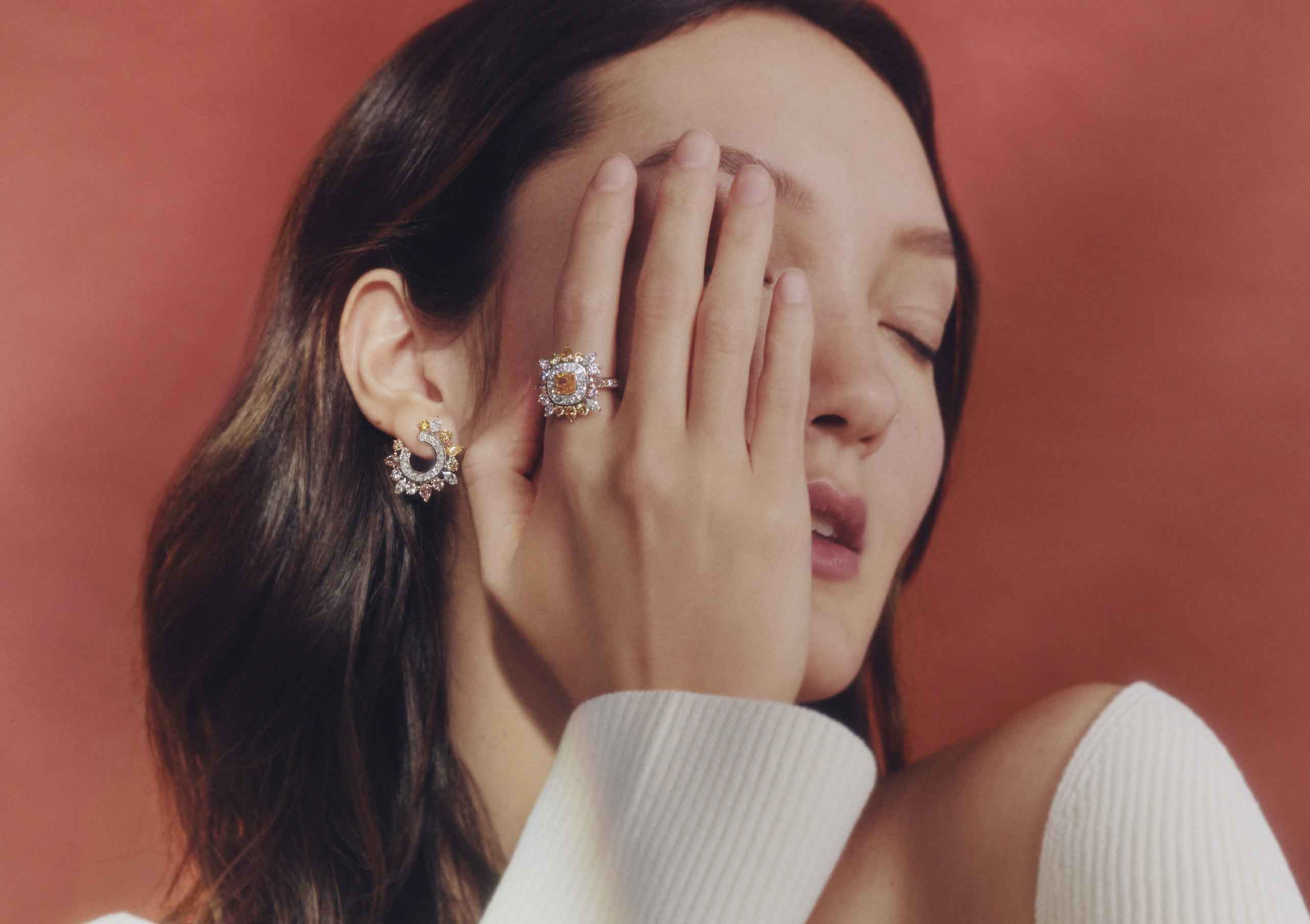 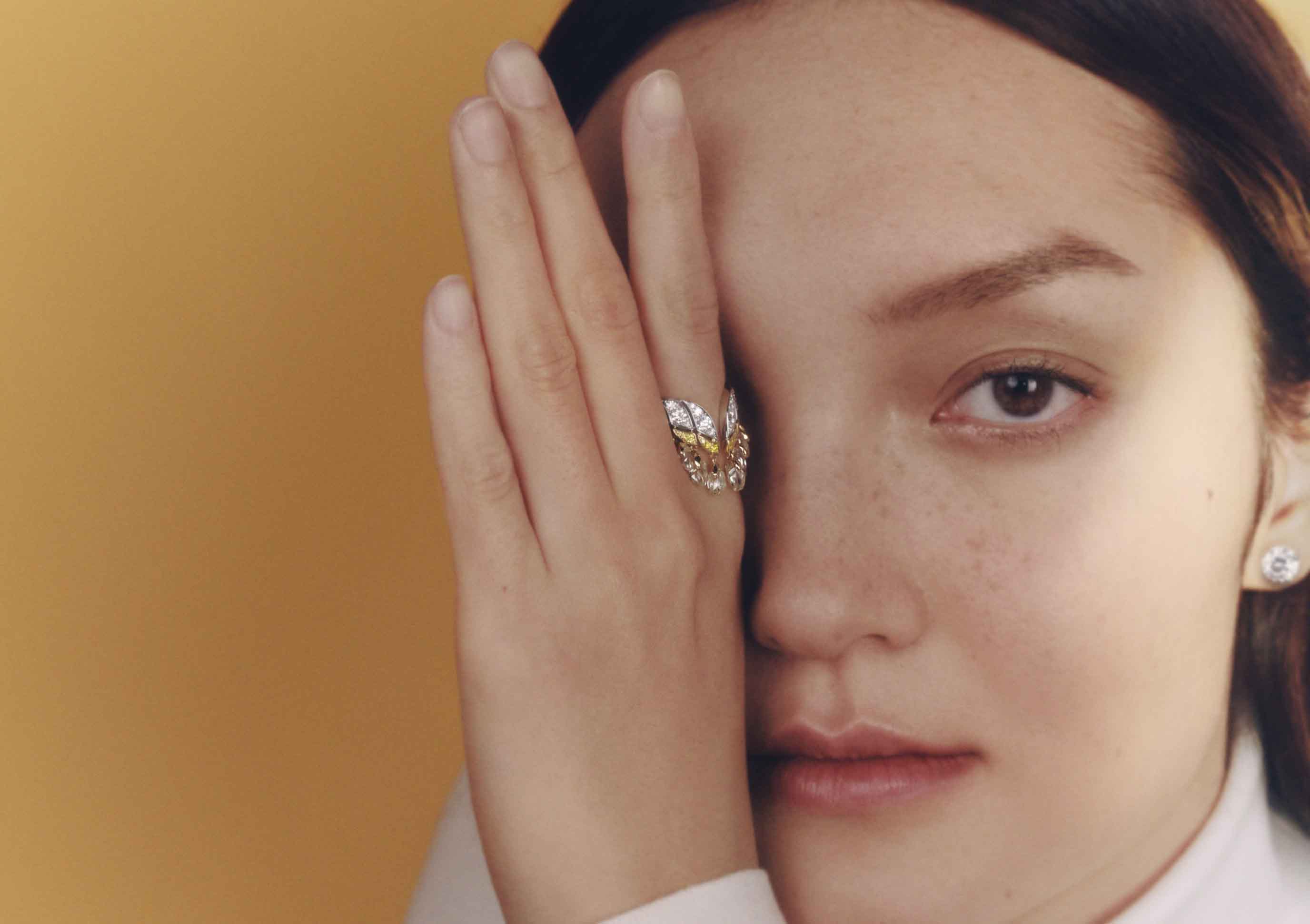 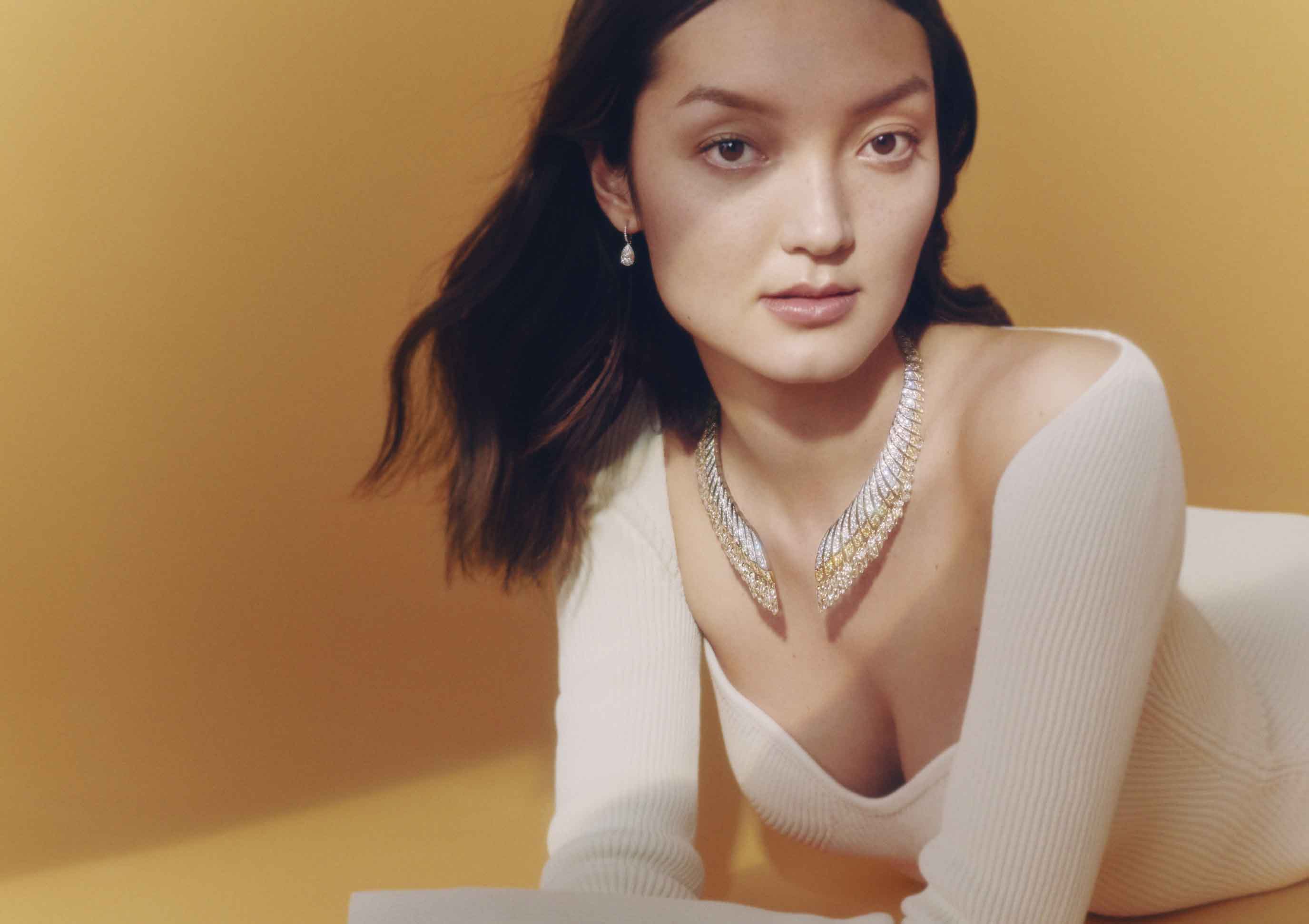 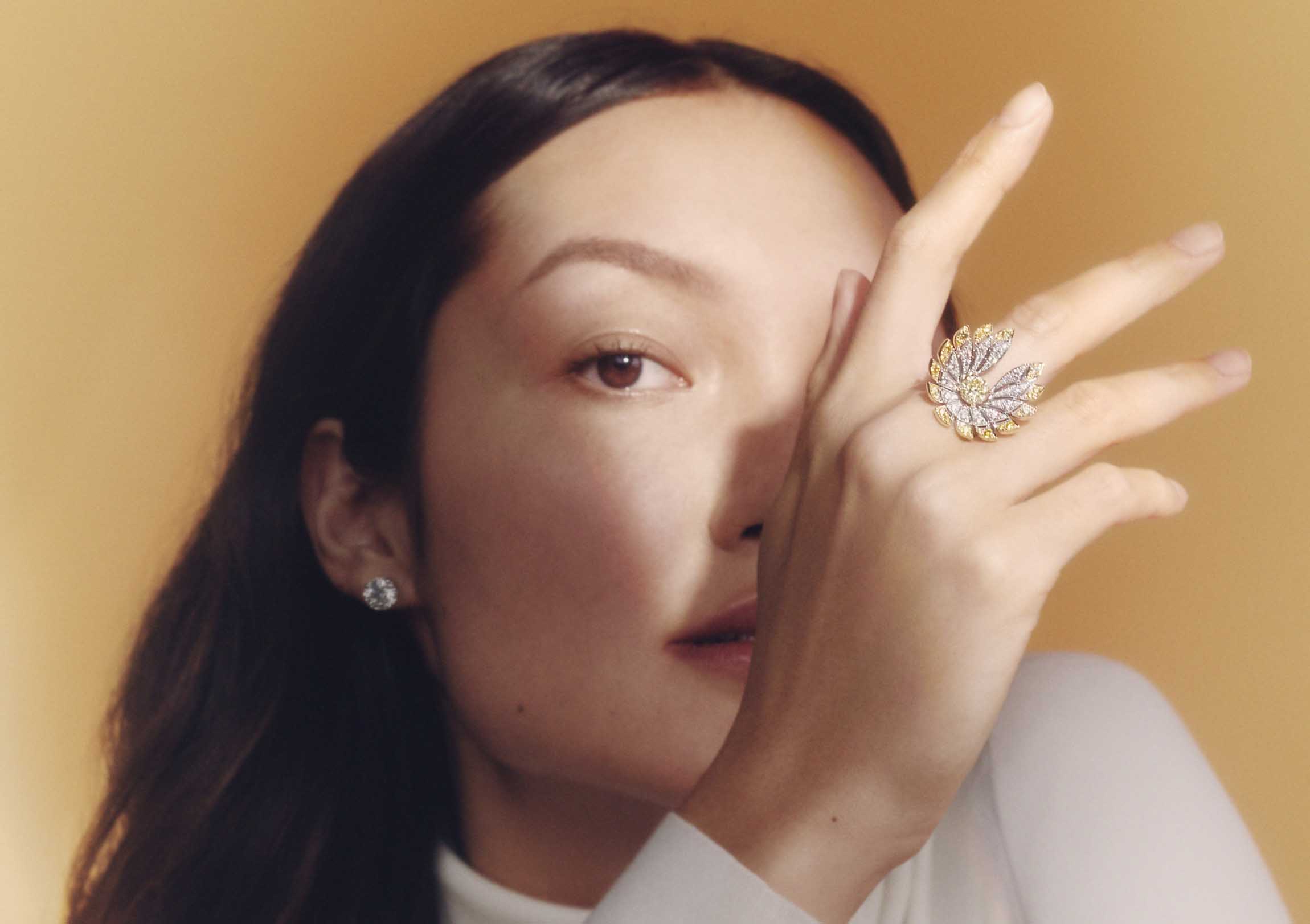 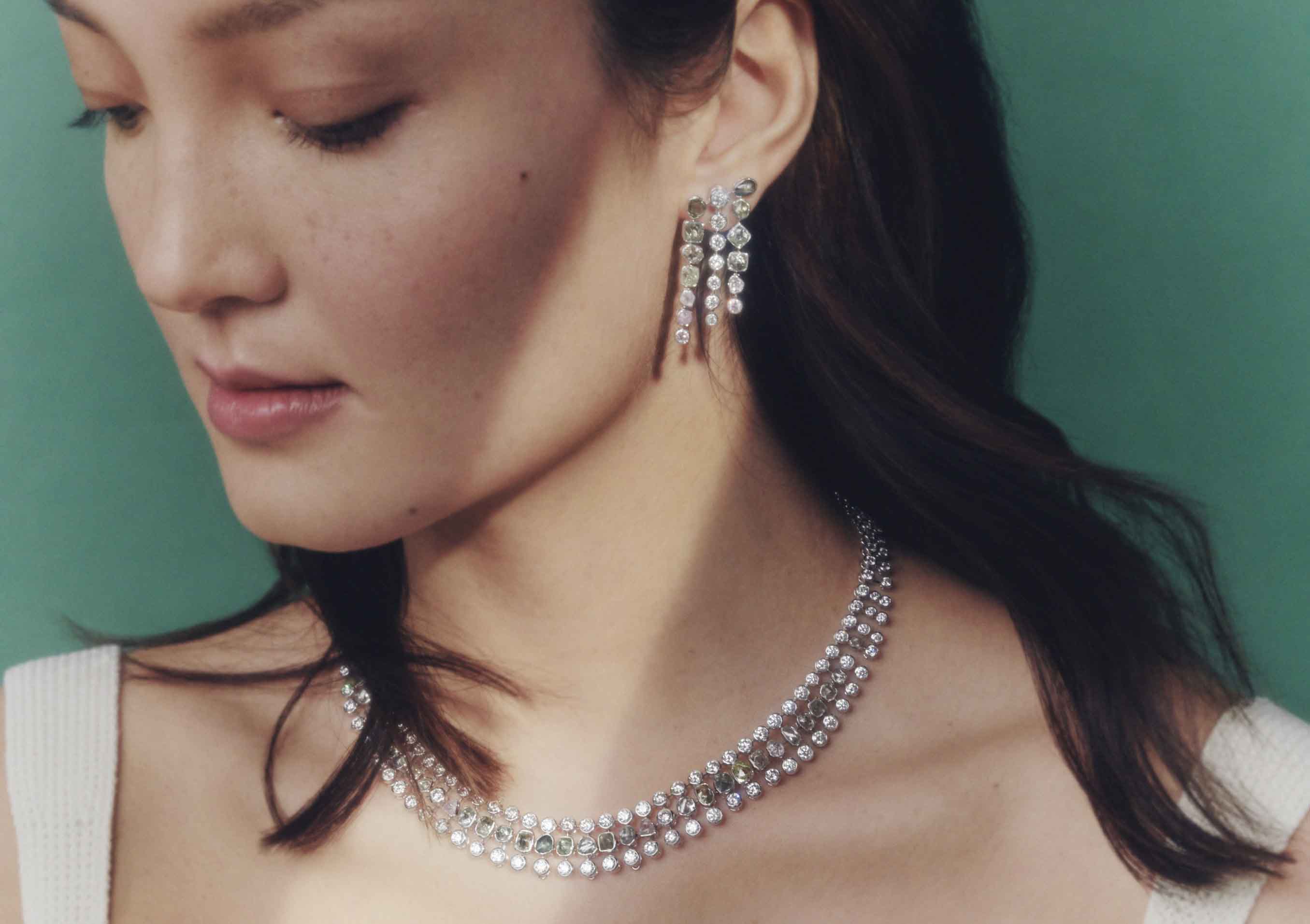 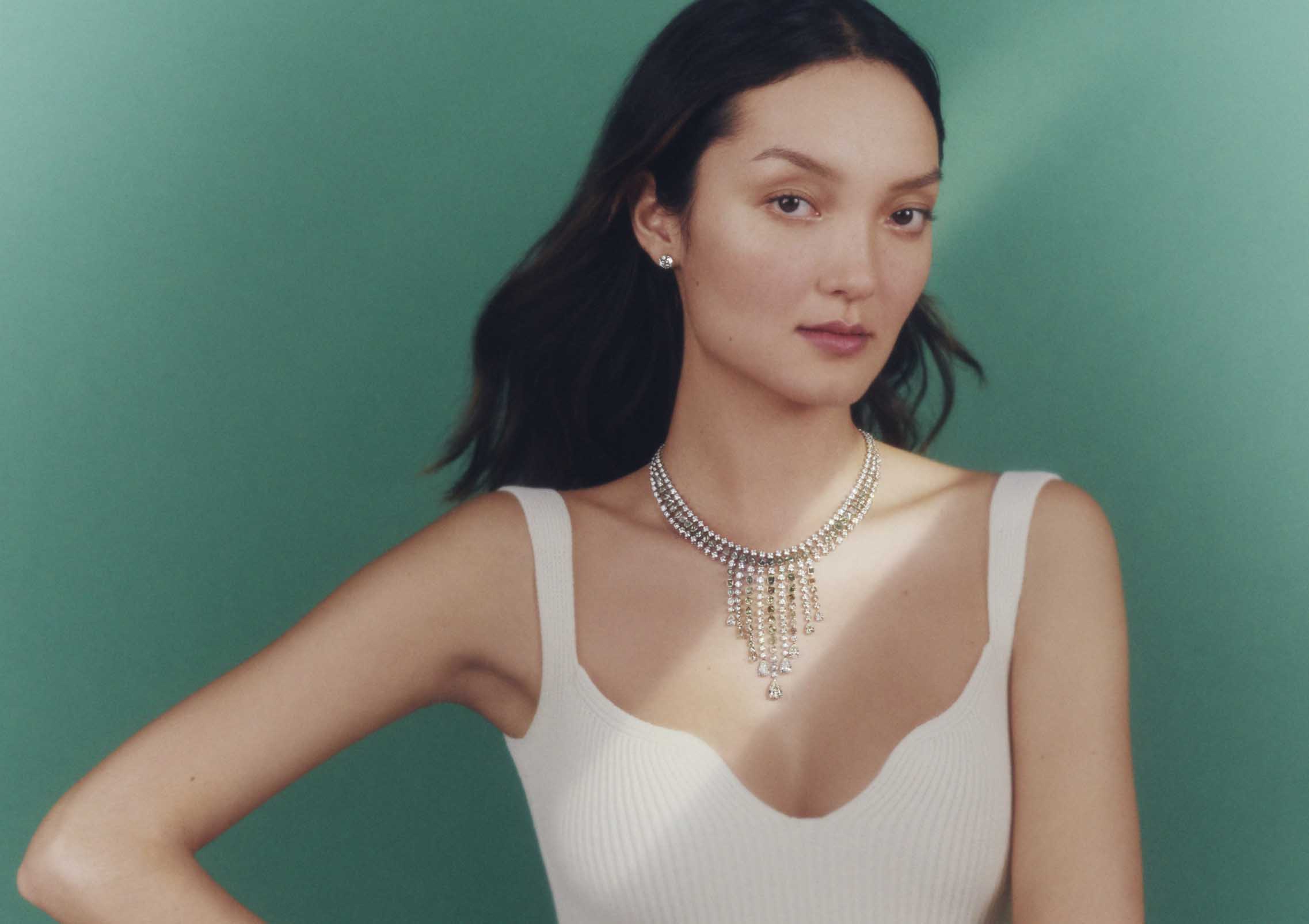 With sustainability continuing to climb the agenda – particularly after we all witnessed the recovery of the world’s eco systems during the first lockdown – you can expect the theme of nature to permeate many a jewellery collection in 2021. And right on time – and trend – is De Beers with its first high jewellery collection of the year, Reflections of Nature.

De Beers Reflections of Nature is, at its heart, a celebration of diamonds, but the 39-piece collection is also an ode to the locations in which those diamonds are mined. The high jewellery presentation, which made its debut during Paris Couture Week, was split into five chapters, each taking inspiration from a different terrain – from the deep heat of Africa to the icy Arctic Ocean.

Okavango Grace celebrates the African grasslands, picking up its motifs from the Botswanan beauty spot’s reeds, floodplains and maze of islands. Unusual green, pink, purple and grey diamonds, in tumbled form, are captured in bezel settings and set alongside sparkling round brilliant diamonds in articulated, flowing jewels that perfectly capture the watery theme. 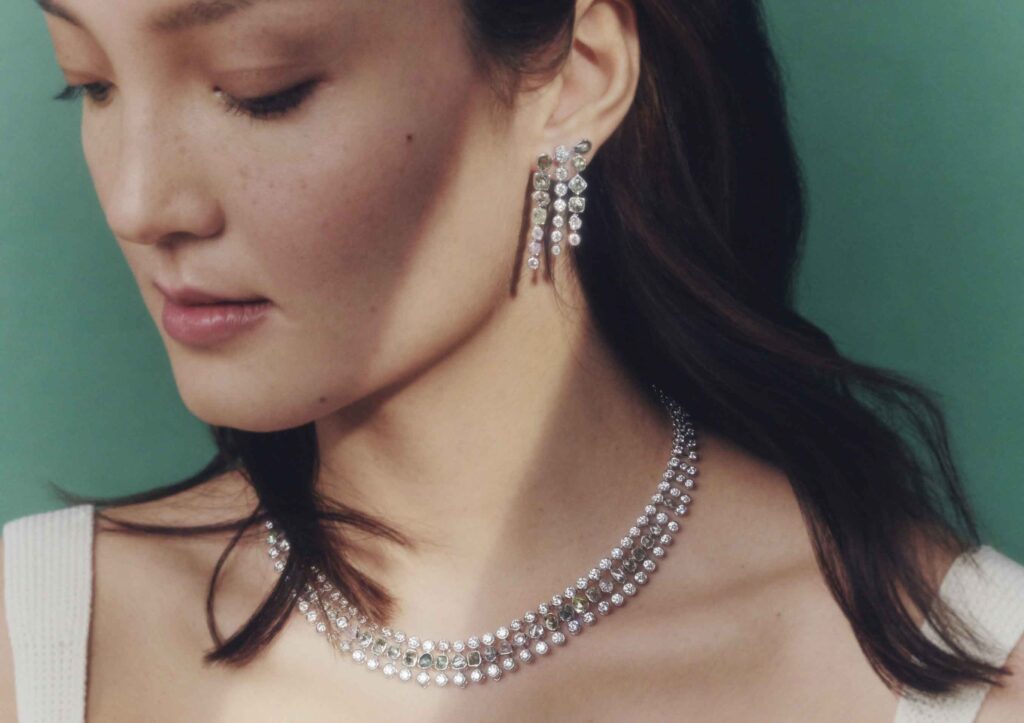 Namib Wonder pays homage to the desert of the same name found on the coastline of Namibia. A rippling pattern runs through these jewels, with strips of yellow and white diamonds swirling together to recreate the shifting sands of the world’s oldest desert. Within this collection, you will find a style of diamond setting new to De Beers. The rough diamonds fringing these jewels are attached with gold caps rather than claw or bezel settings. This technique allows the diamonds to move freely and allows light to pass through them from all angles, thus accentuating their play of light.

Landers Radiance once again sees the theme of water enter the collection, but this time De Beers takes us deeper, all the way to the South African reef, and this set shows off the most diverse groupings of diamond cuts, colours and setting techniques across all the Reflections of Nature jewels. The craftspeople at De Beers also played with movement in Landers Radiance, this time looping diamonds in thing bezel settings, which allow the gems to be viewed from both sides, and hooking these to the jewels, creating a free-flowing fringe effect. It takes six hours to set a single diamond in this way, and so the flourish represents a huge investment in time and skill. 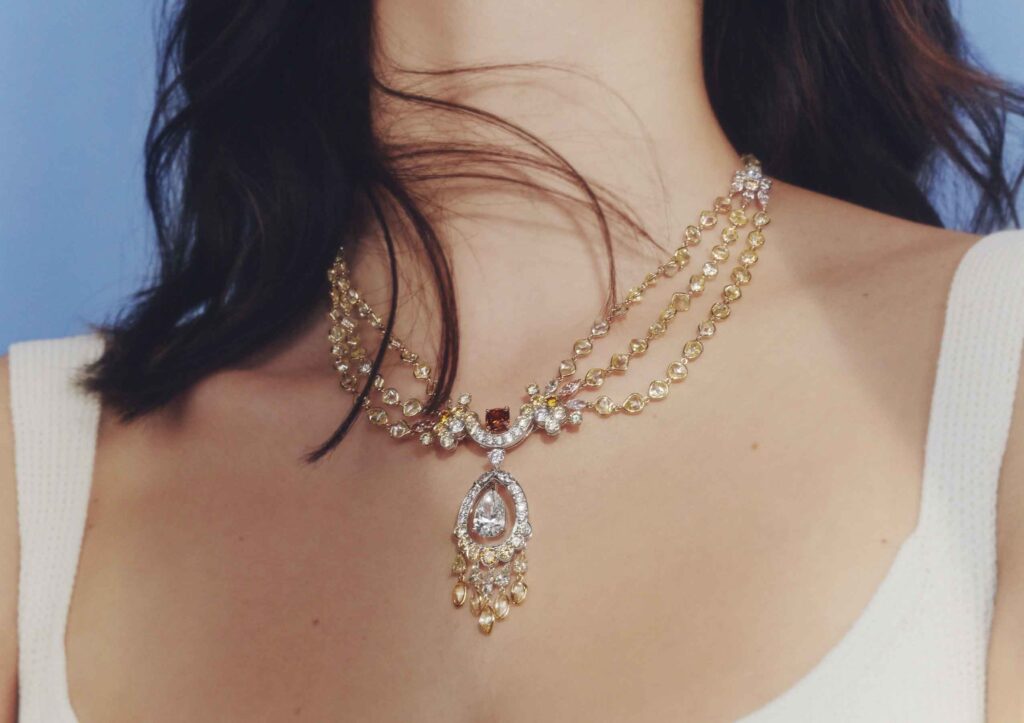 Ellesmere Treasure is perhaps the most classic of the chapters within Reflections of Nature. Inspired by the icy landscape of Ellesmere Island, Canada’s northernmost island, its combination of white gold and faceted white diamonds is pure brilliant sparkle. Round brilliant, marquise and cushion-cut diamonds have been set in snowflake-like floral formations across cocktail rings, ear climbers and colliers.

As well as championing the beauty spots its diamonds are unearthed in through Reflections of Nature, De Beers is also committed to preserving them. It invests in a number of ecological projects, including The De Beers Diamond Route – a 200,000-hectare preservation area in southern Africa that it has pledged to protect, along with its diverse wildlife.

“For every hectare of land used for mining by De Beers Group, six hectares are dedicated to the conservation of nature,” says De Beers Group senior environmental manager Patti Wickens. “This approach is driven by our commitment to have a net positive impact on biodiversity.”

It has also launched a pioneering programmed called CarbonVault through which it is exploring ways in which the world can benefit from the ability of kimberlite – the rocks that hold diamonds – to naturally soak up carbon dioxide once liberated from the ground, and thus reduce the mining group’s carbon footprint. 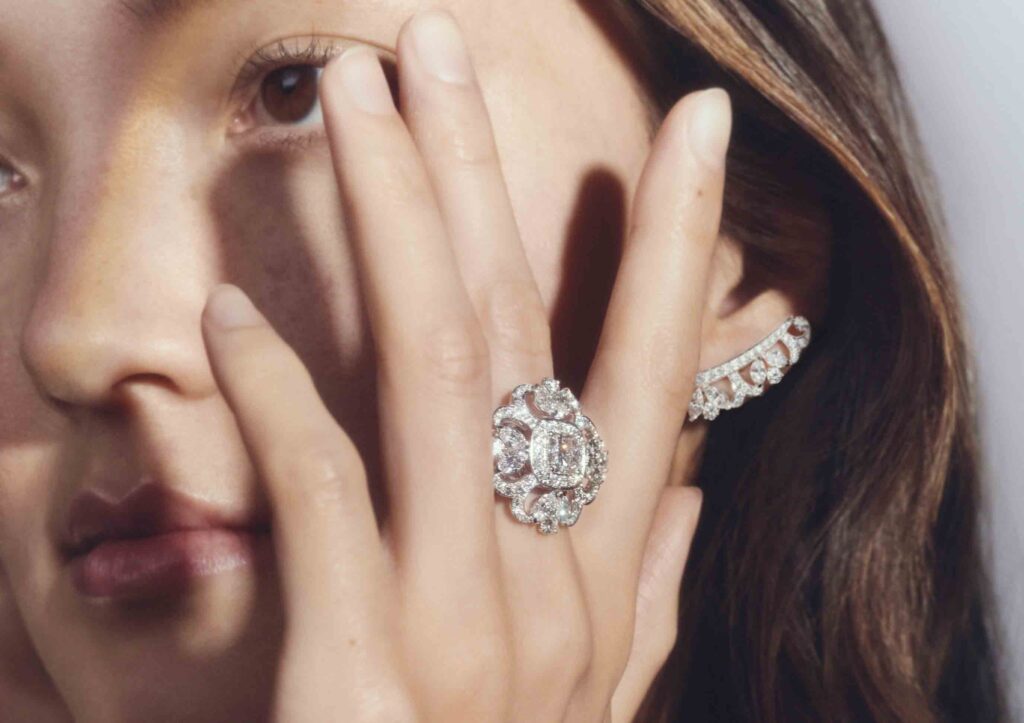