Created in the UK: A new mark of British excellence

We all know hallmarks can tell us whether we are buying gold or silver, but now a new mark will identify whether our jewellery is made in Britain 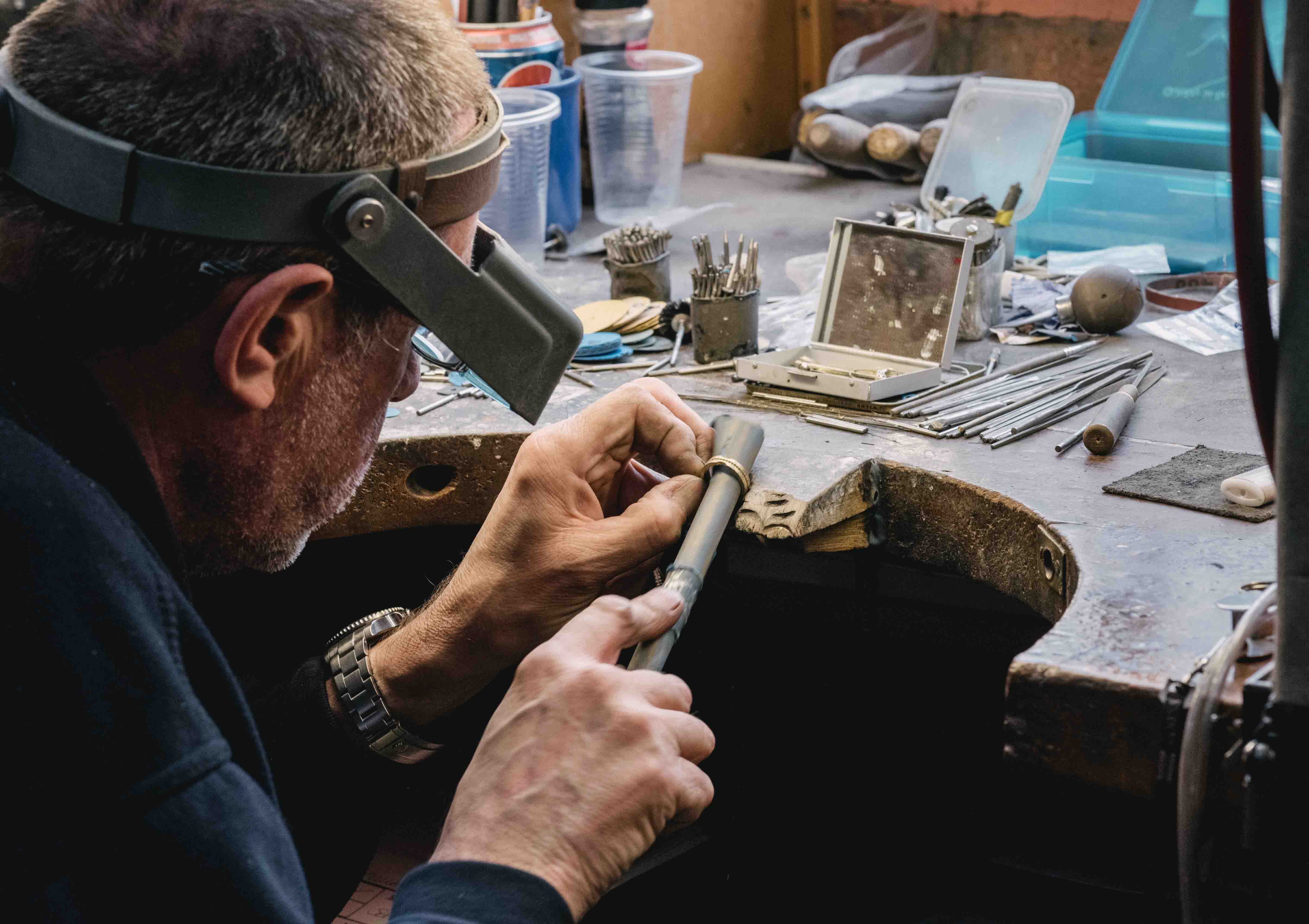 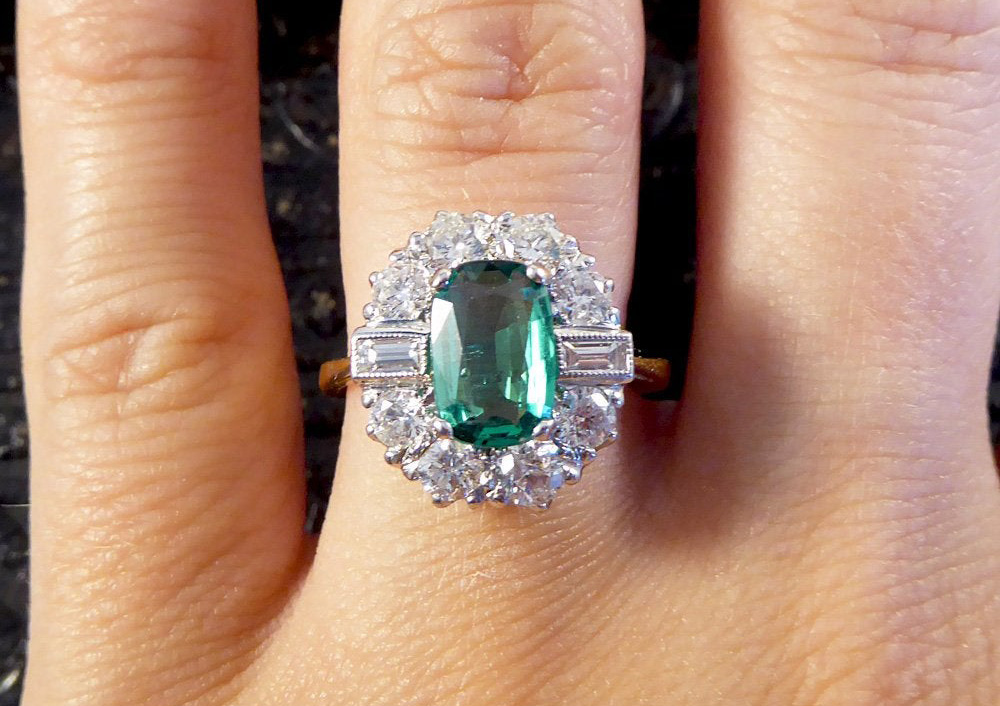 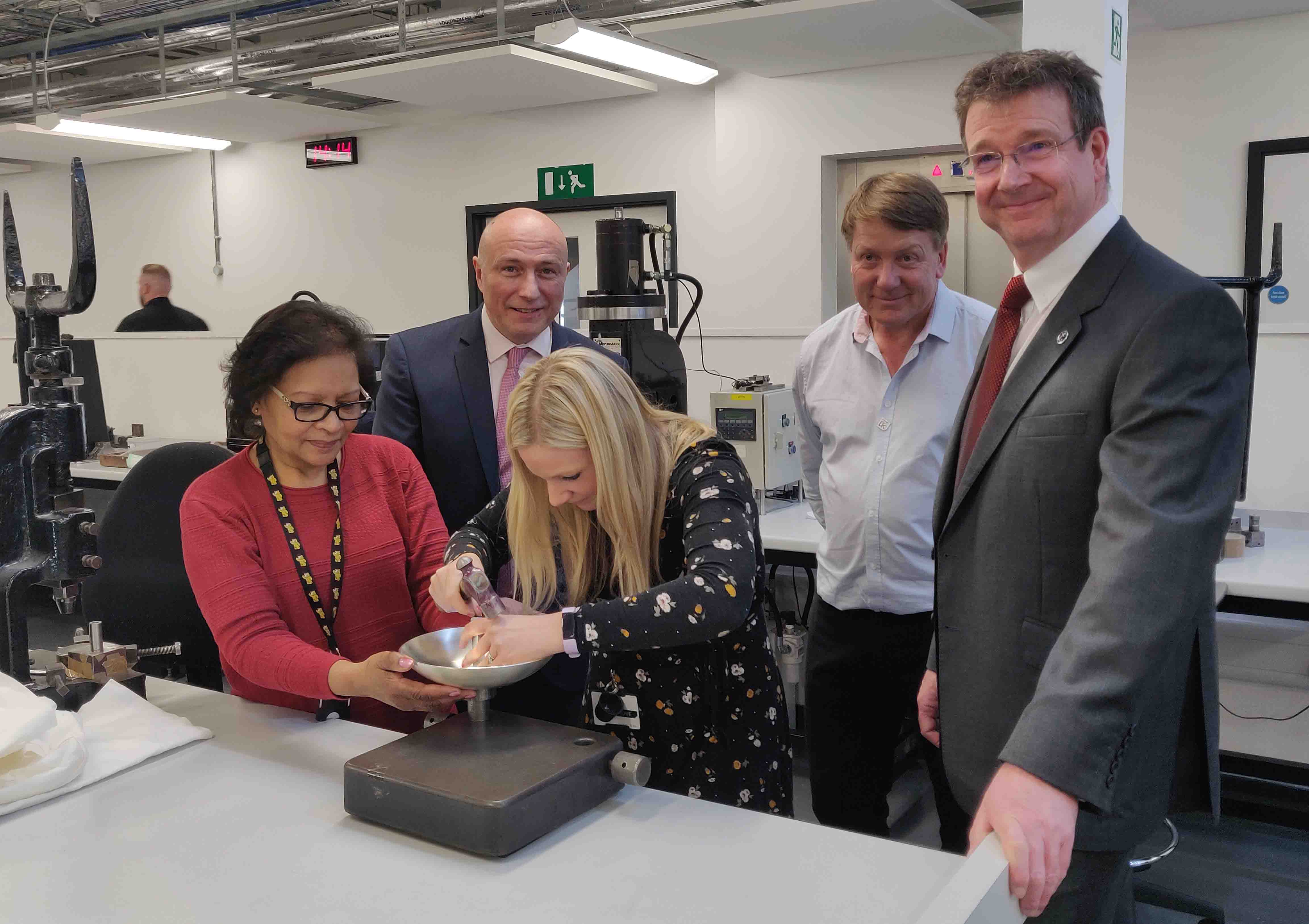 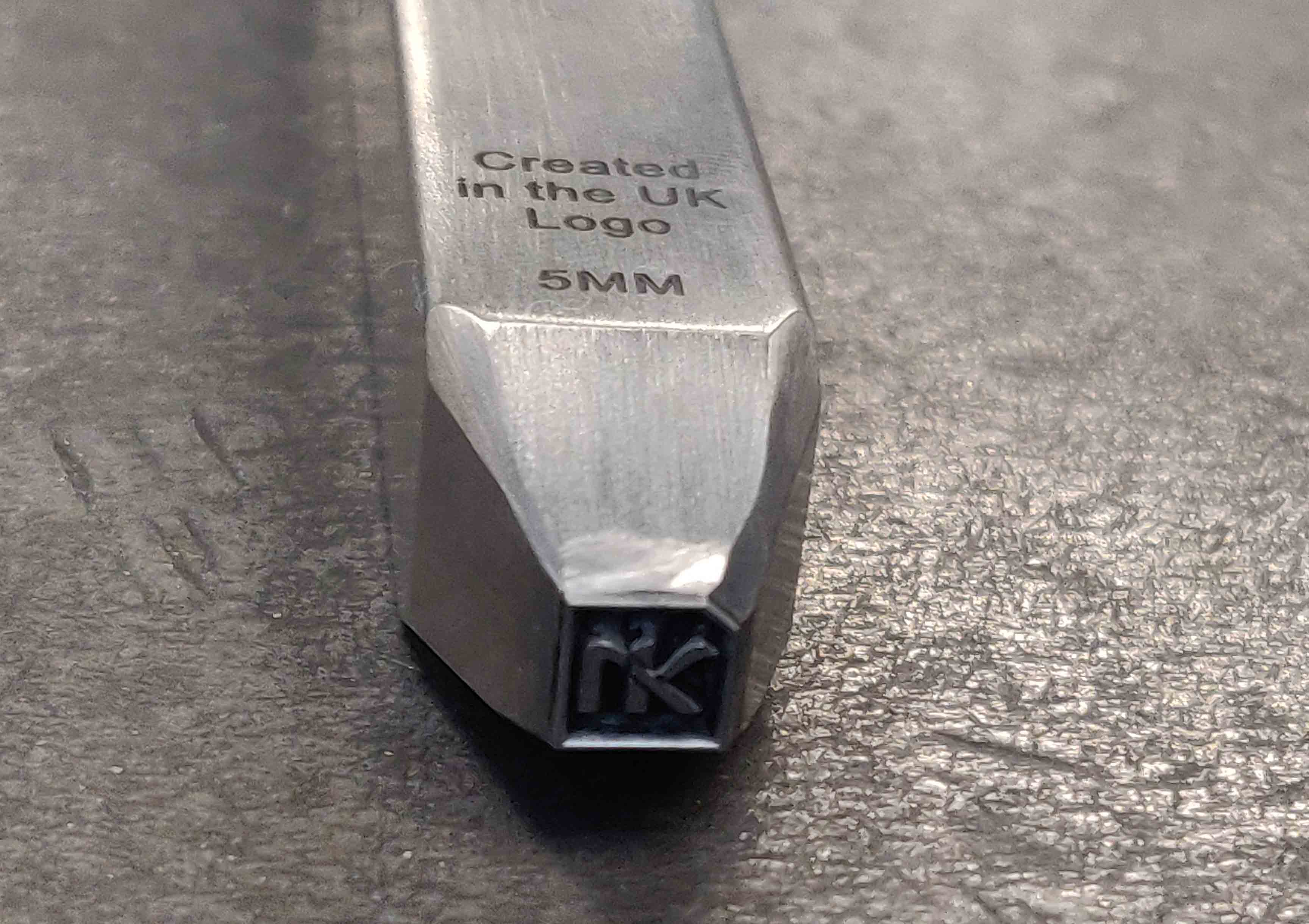 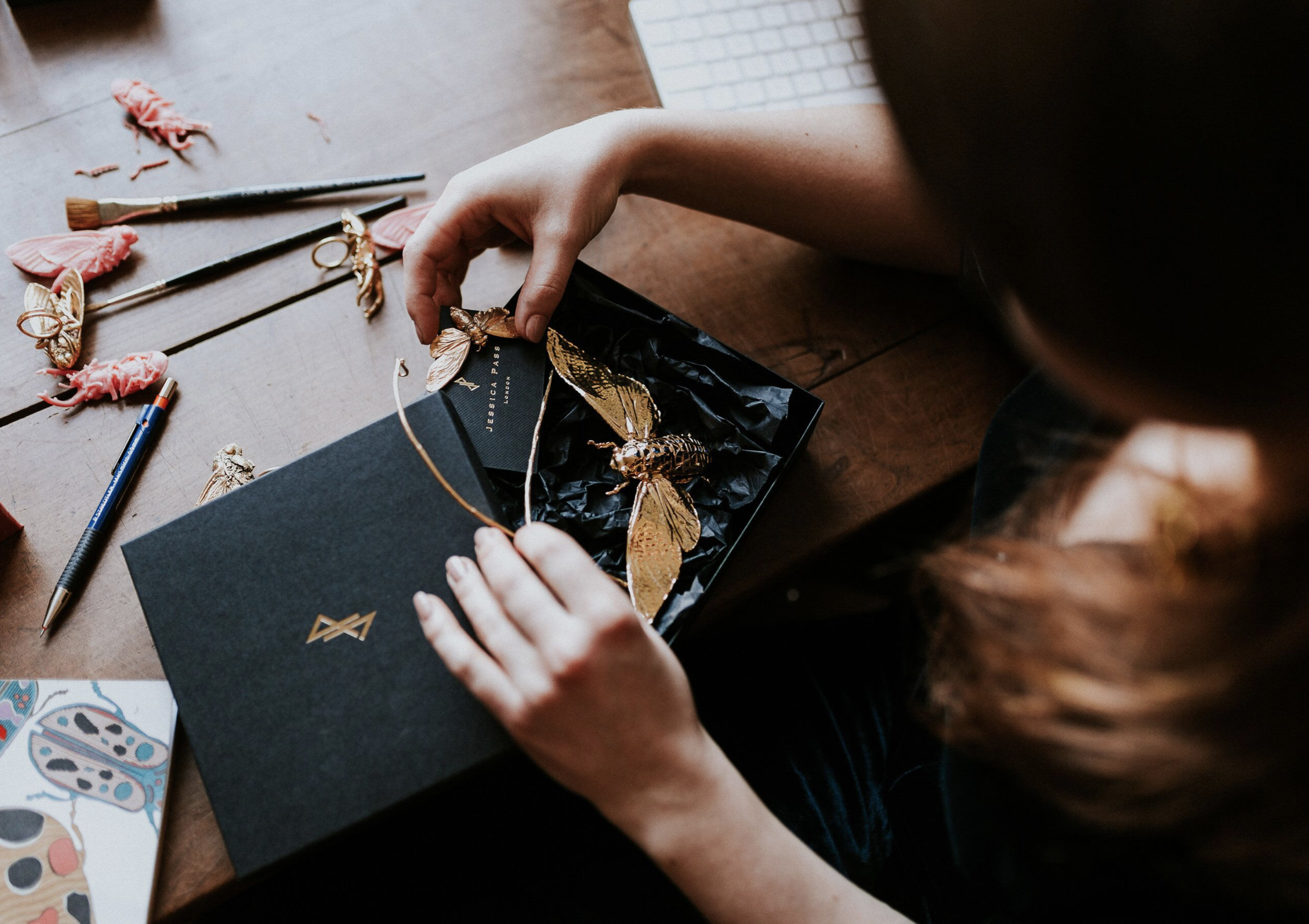 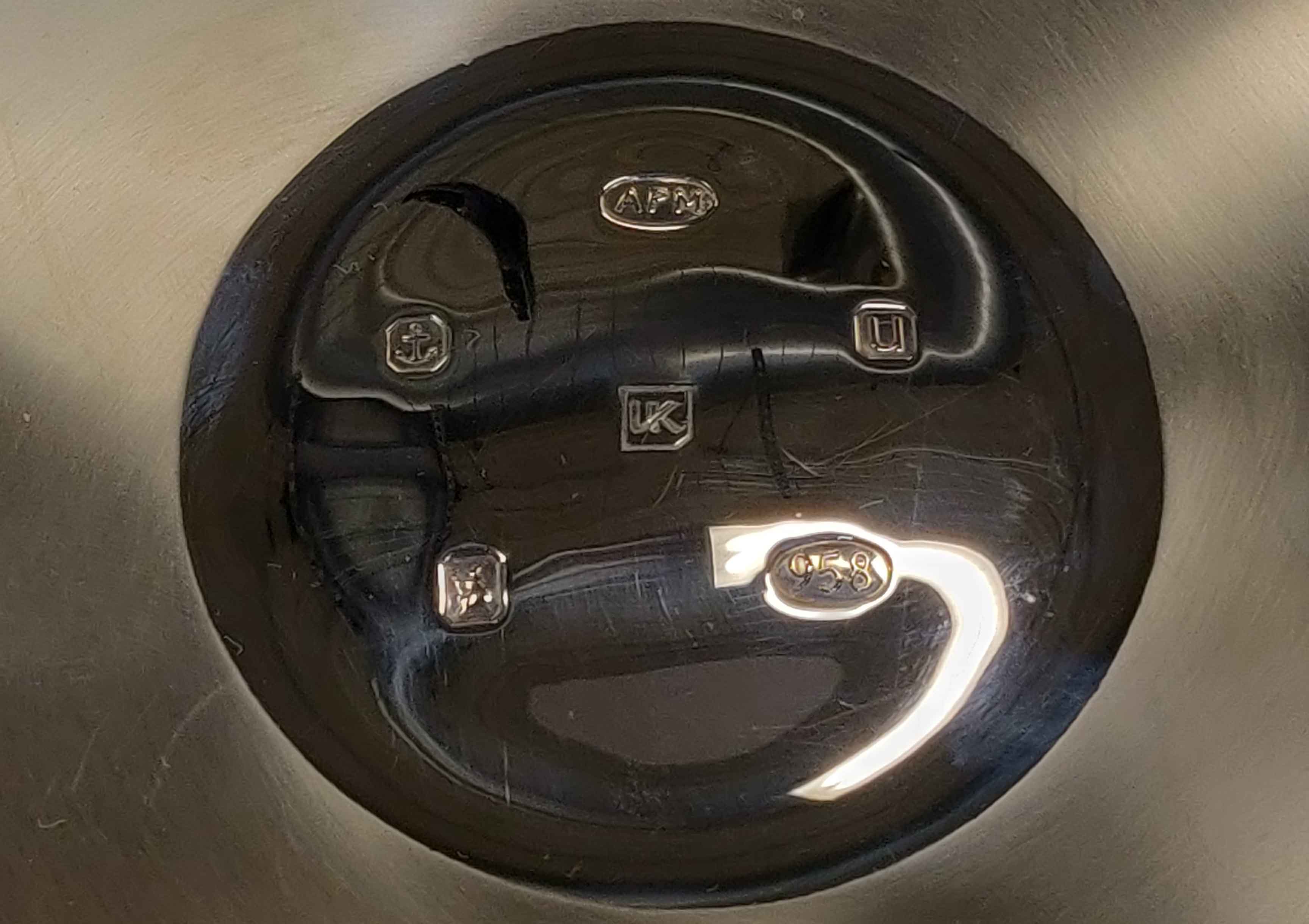 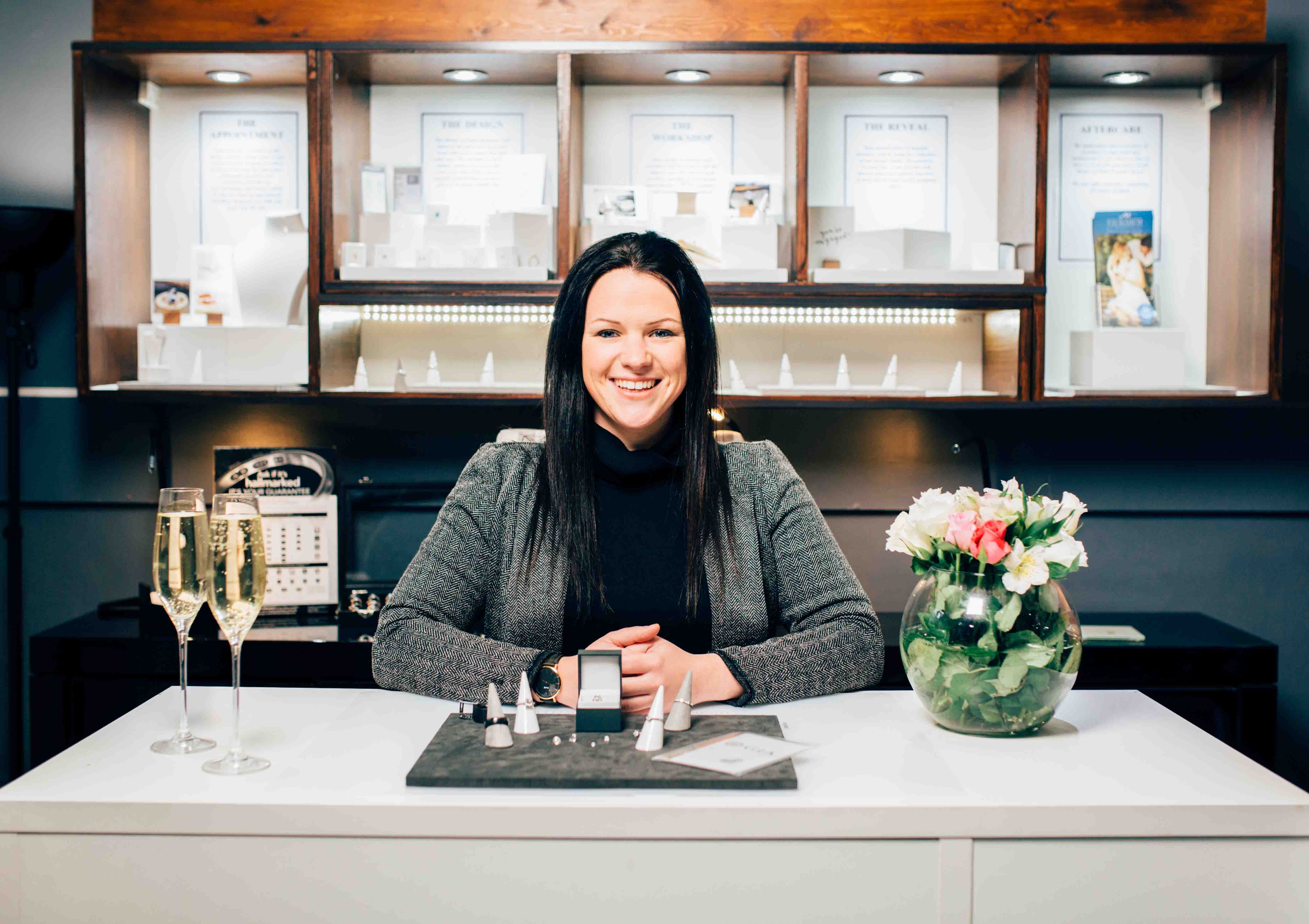 If clothing labels and food packages can display country of origin information, why can’t jewellery pieces? This was the spark within the National Association of Jewellers (NAJ), a British organisation created to support the interests of jewellers, which led to Created in the UK – an initiative launched towards the end of last year.

Any piece of jewellery crafted in a precious metal, such as silver, gold, platinum or palladium, requires – by law – a hallmark to indicate the purity of precious metal in the alloy. A stamp of 375 tells us we are buying 9ct gold, 750 means it is 18ct, or 925 is code for silver.

Further optional marks can be applied, such as a Maker’s Mark or unique symbol that identifies the craftsperson or brand that made the piece, as well as marks that show the year it was hallmarked and the location of the Assay Office that struck the marks – the UK has four, based in London, Birmingham, Sheffield and Edinburgh.

A new mark for British jewels

Now, there is also the Created in the UK mark; a new additional mark that will identify pieces of jewellery that are made in Britain. To be permitted to display this mark on a piece of jewellery, brands and designers need to apply for a licence through the NAJ and go through an auditing process to verify the location of their workmanship. Those that qualify can also display the Created in the UK logo on their website.

“This mark is all about differentiating between jewellery made in the UK and jewellery that is made elsewhere,” explains Lindsey Straughton, jewellery industry promotions ambassador at the NAJ. “With the UK leaving the European Union, we believe there will be a growing market for authenticated, UK-made jewellery.”

What makes Created in the UK especially exciting is that its remit extends beyond precious metal jewellery. “You don’t have to have a hallmark on jewellery to have this additional mark,” explains Straughton. “Designer-makers can purchase a punch, made by the Assay Office, to mark their mixed-media jewellery and fashion jewellery. We are also inviting independent retailers to get a licence and mark bespoke pieces made in their on-site workshops.”

A spotlight on homemade jewellery talent

Just a few months in, the Created in the UK initiative is still very much in its infancy, but Straughton is excited about its potential. “We believe UK-made jewellery creations with the additional mark will be the collectable heirlooms of the future,” she says. “Through Created in the UK, we can highlight and emphasise the diversity and quality of jewellery being made here in the UK. I believe jewellery shoppers will be pleasantly surprised at just how much craftsmanship and talent there is right on their doorstep.”

Designers who have spent their whole careers creating jewellery in the UK are welcoming this new way to prove their credentials. “In my opinion, it has been a long time coming,” says Hackney-based jewellery designer Ana de Costa. “[My jewellery has] always been British-made and to have a mark that allows me to clearly communicate this to clients, whether it be on my work or on my website, is great.”

Phil Spencer is the managing director of London DE Fine Jewellery and has jumped feet first into the Created in the UK initiative. He says: “We pride ourselves on the fact that we create bespoke jewellery that is handmade in Hatton Garden. Creating jewellery in London carries the advantage that we can be certain of the ethics of the suppliers we use – something you cannot be sure of if you are outsourcing production thousands of miles away. I think the UK can position itself as the leading centre for high-quality ethical jewellery production in the 21st Century.”

What qualifies as Created in the UK?

There are already some existing legal requirements in place to determine what can and cannot be declared UK made. “One of the key conditions of securing the mark is that pieces must be ‘manufactured or produced in the country in which they last underwent a treatment or process resulting in a substantial change’,” explains Gemma Perry, chief executive and creative director of engagement ring specialist House of Solus, which is based in Birmingham’s Jewellery Quarter. This means gold plating a piece of silver jewellery in the UK when it was made in the Far East, or adding a gemstone in a UK workshop to an imported Italian gold ring, does not constitute a ‘substantial change’ and therefore a piece made this way will not pass as Created in the UK.

Fortunately for House of Solus, this condition of ‘substantial change’ was easy to meet as the creation of its jewellery takes place not just in the UK, but within walking distance of its studio on Warstone Lane in Birmingham’s The Jewellery Quarter. “We believe that the Created in the UK element of our business is a key selling point,” says Perry. “The future potential of the scheme could absolutely lead to the mark being something clients look for. I think it could also be the point of difference that sways a client when deciding which jeweller to purchase from.”

This raises the question of whether a certified piece of British-made jewellery will become a luxury. Will shoppers be willing to pay more for Created in the UK jewels? De Costa is already convinced the answer is yes. She says: “I have always believed that being made in Britain carries huge kudos in the luxury goods business abroad. I am also a firm believer that the quality of traditional fine jewellery making in the UK is exceptional, so the mark helps to emphasise this.”

Created in the UK is a point of difference for UK designer-makers in the hectic jewellery world. If enough brands get involved, perhaps the presence of the additional mark could open a gateway for American and Asian jewellery lovers to recognise British craftsmanship as a league of its own. It certainly doesn’t hurt to try. 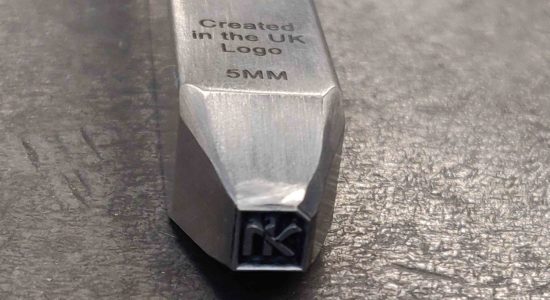 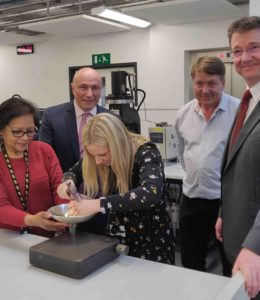 Should you see this logo on a jewel or website, it means the jewellery has been Created in the UK 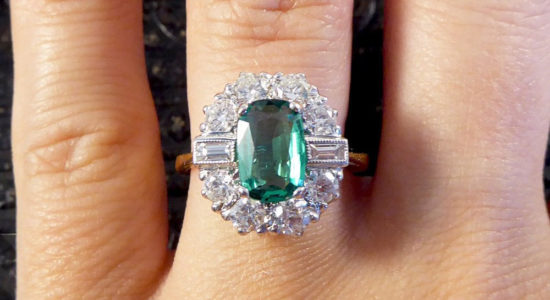 Through Created in the UK, we can highlight and emphasise the diversity and quality of jewellery being made here in the UK. I believe jewellery shoppers will be pleasantly surprised at just how much craftsmanship and talent there is right on their doorstep 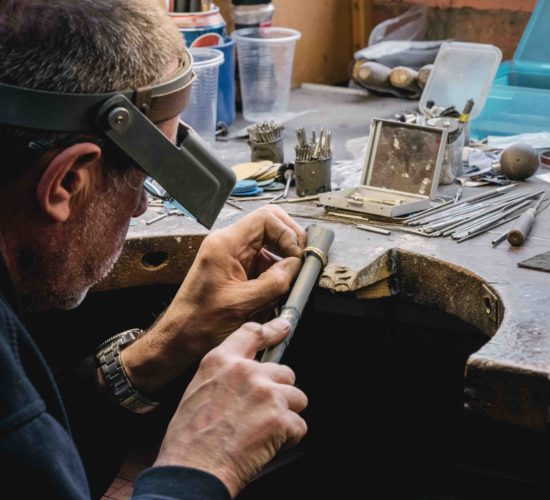 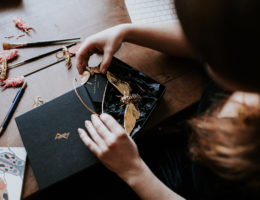 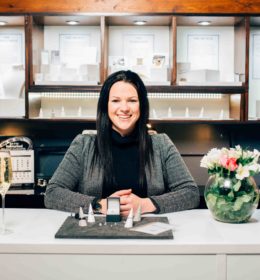 House of Solus in Birmingham offers a bespoke jewellery experience

House of Solus in Birmingham offers a bespoke jewellery experience

Should you see this logo on a jewel or website, it means the jewellery has been Created in the UK