Catch me if you can: the rare melo pearl

The world’s most valuable pearl, found within giant melo melo snail shells and once thought to come from dragons, can change hands for thousands 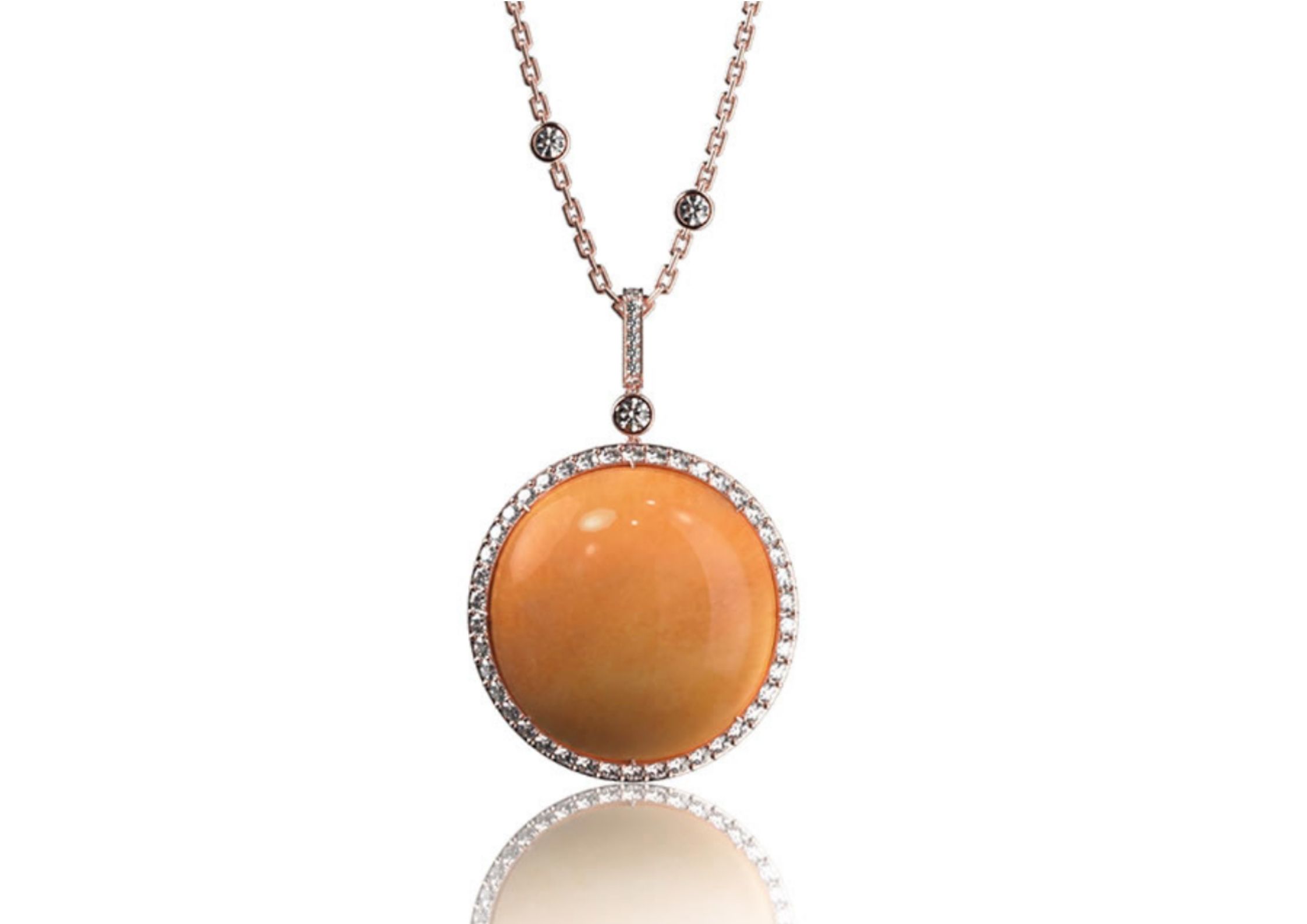 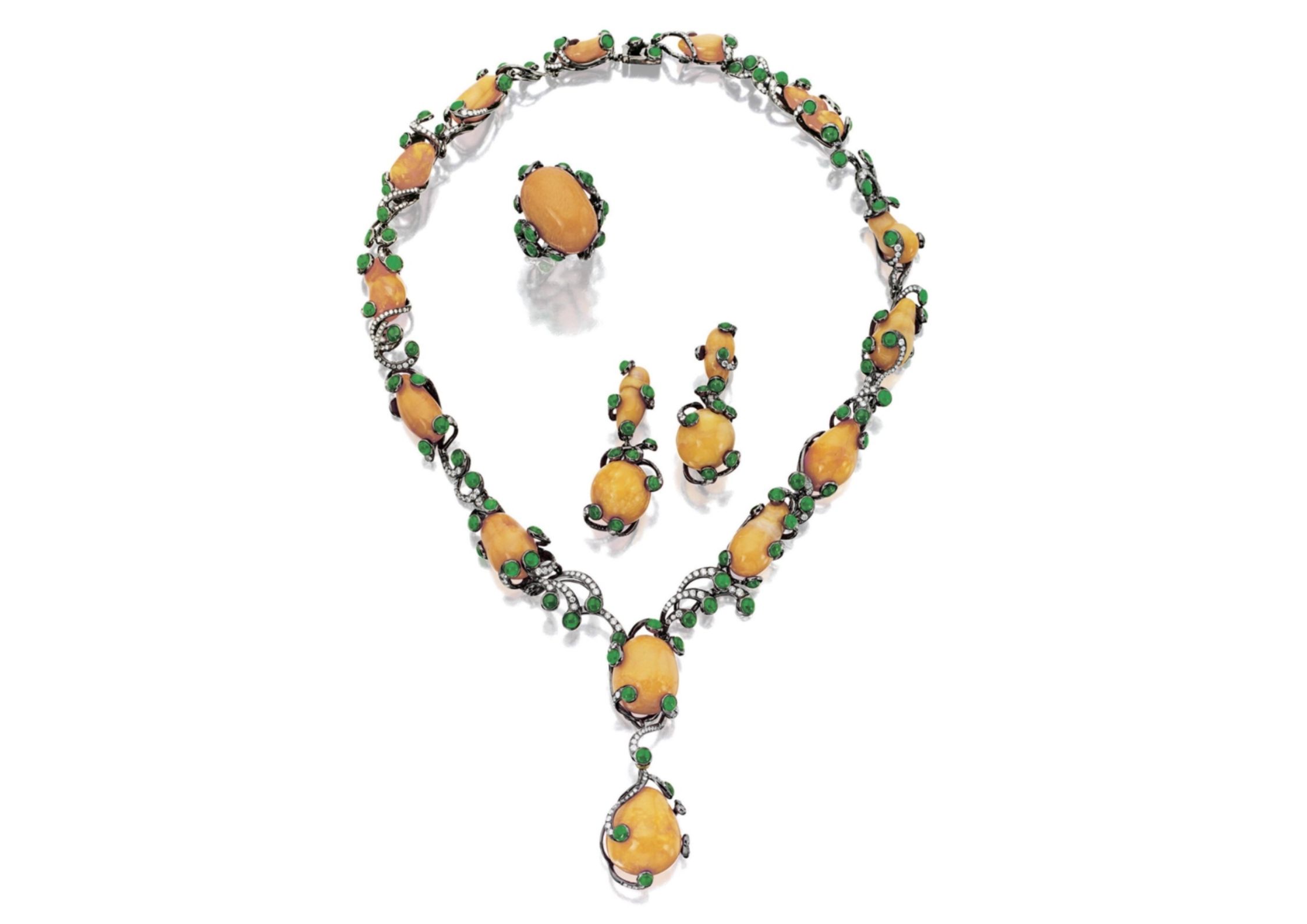 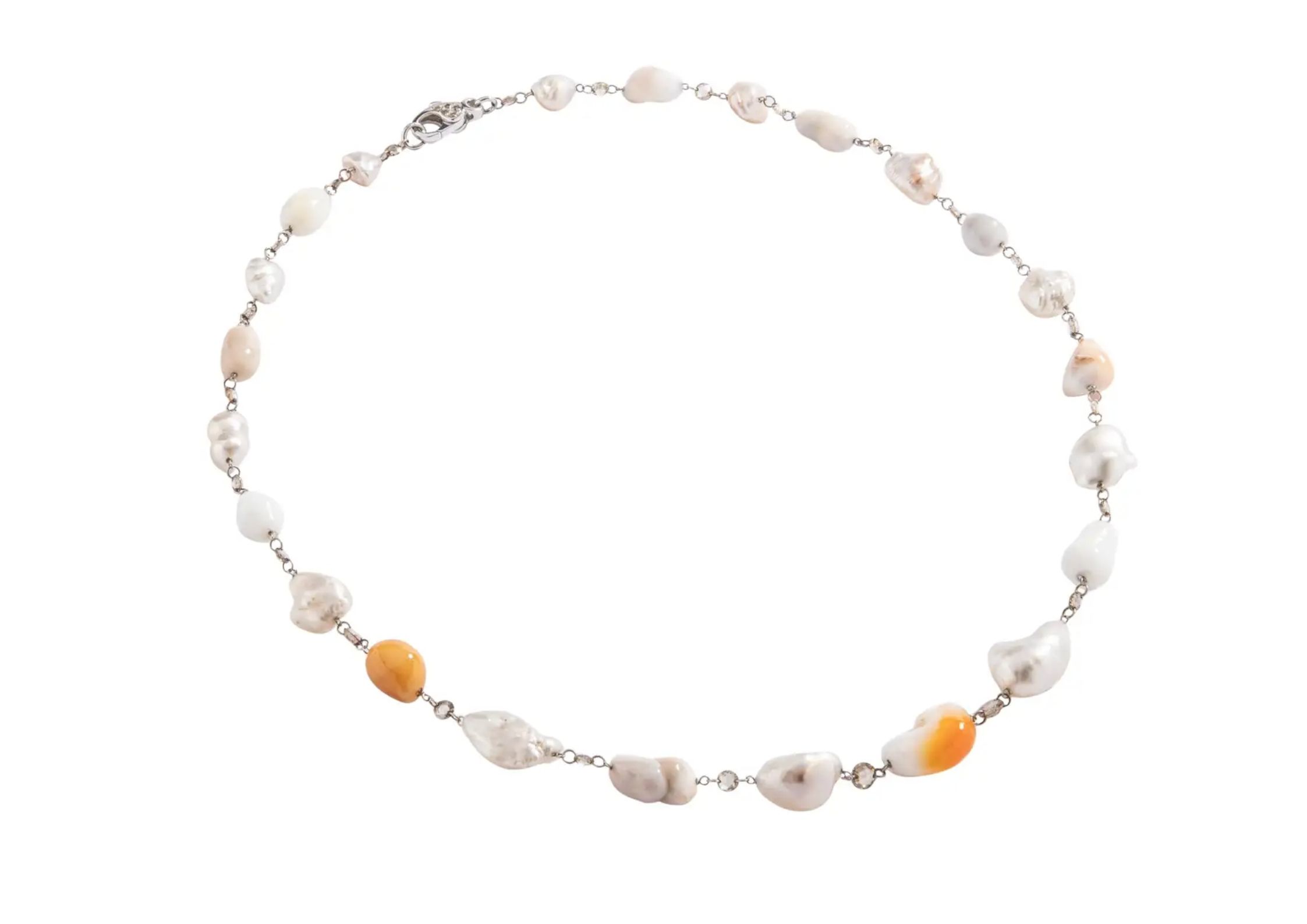 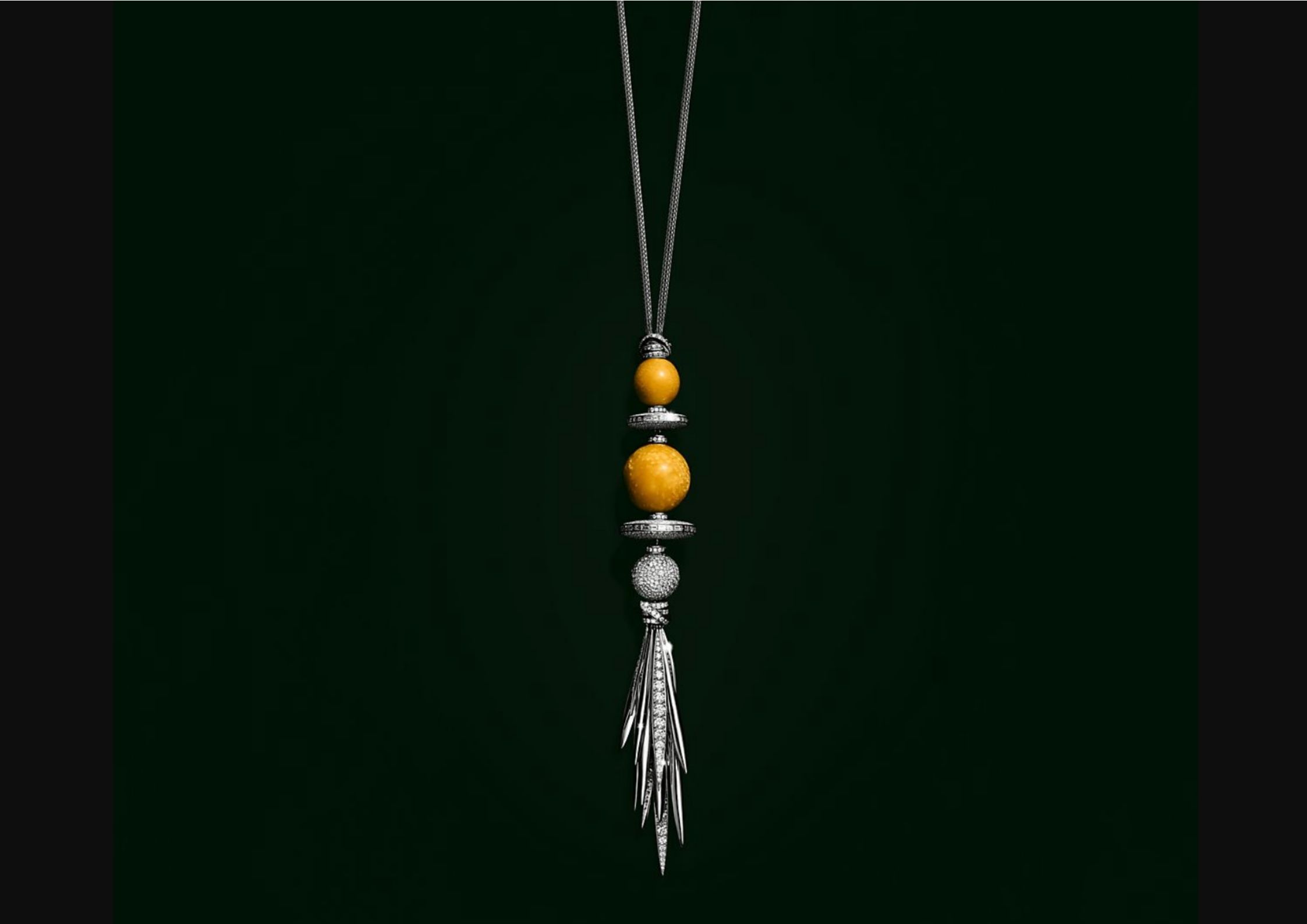 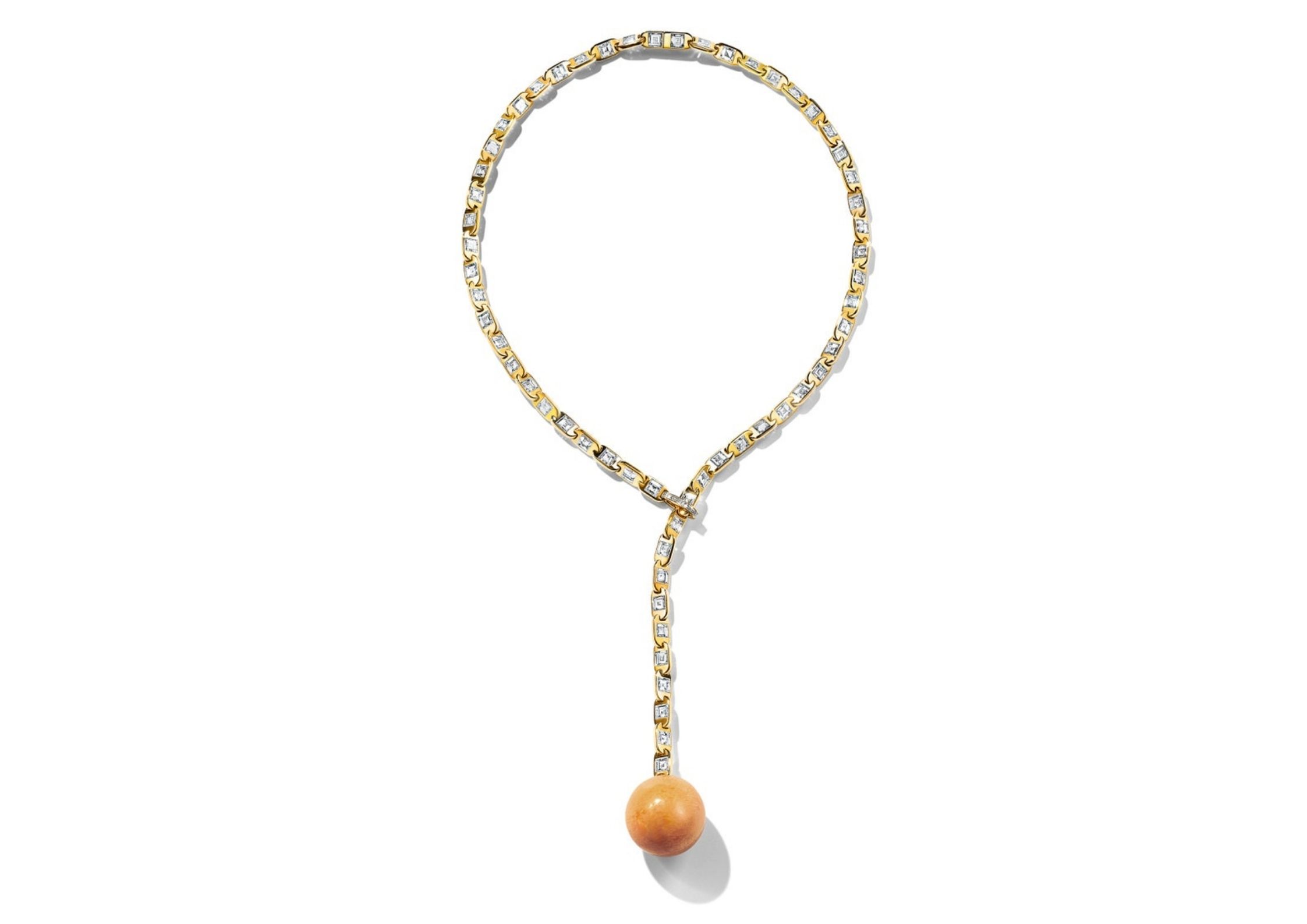 Large, perfectly silky smooth and richly golden, the melo pearl is believed to be the rarest pearl in the world. You might see them at auction houses, adorning the necks of celebrities at red-carpet events, or in Tiffany & Co’s famed Blue Book of high jewels, but you won’t often come across them in jewellery stores.

This is because finding a melo pearl is no easy task, and they cannot be cultured, as nearly all contemporary pearls are today. This exotic and rare pearl proves that the romance of jewel discovery in the wild is not yet a thing of the past. Melo pearls come from the huge Southeast Asian melo melo snail, also known as the Indian volute, bailer shell or coconut shell.

The melo melo snail can be found across the South China Sea, as well as in Myanmar, Thailand, Vietnam and Cambodia. The snail is found in colours ranging from pale orange to brown, often splashed with striking and beautiful patterns. 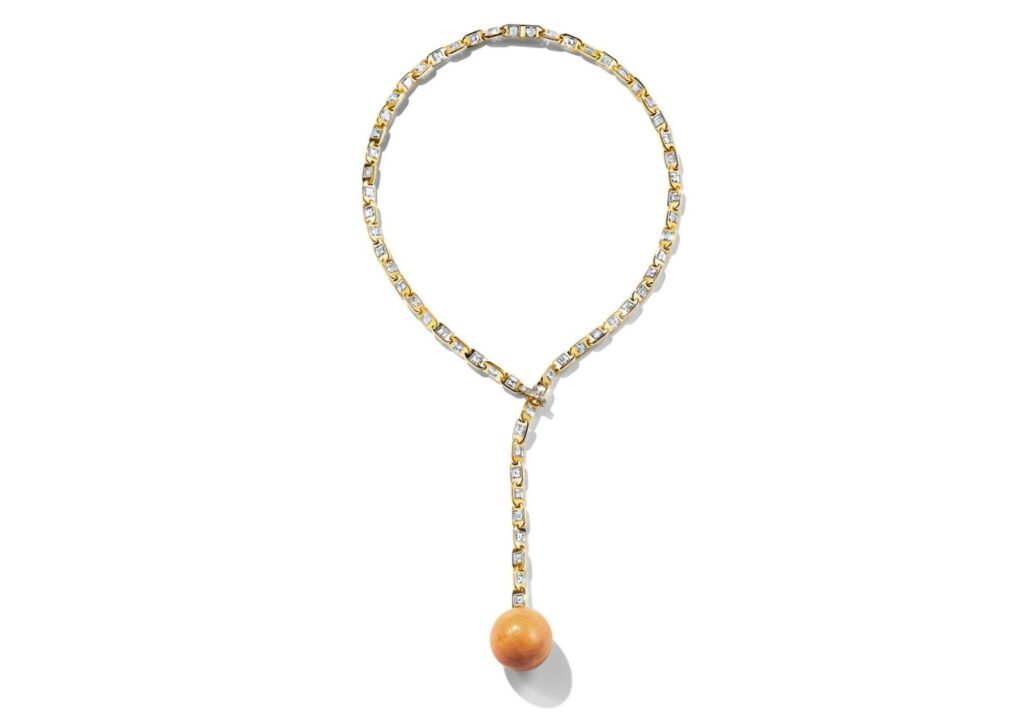 The melo melo shell itself can also be used for jewellery. Sometimes the lips of the shell are cut and rounded to look like pearls, which are sometimes fraudulently sold as melo pearls. As this type of pearl is so incredibly rare, you should exercise extreme caution if you see something in the retail market labelled as such.

The rarity of the melo pearl is due to the fact that the gigantic melo melo molluscs are not easy to come by. Even if you find one, the chance of discovering a pearl inside is one in several thousand.

Like other pearls, this orange gem forms when an irritant gets into the snail’s mantle, and it begins to form secretions around it to avoid discomfort. In the case of the melo melo snail, the pearls may take decades to form. 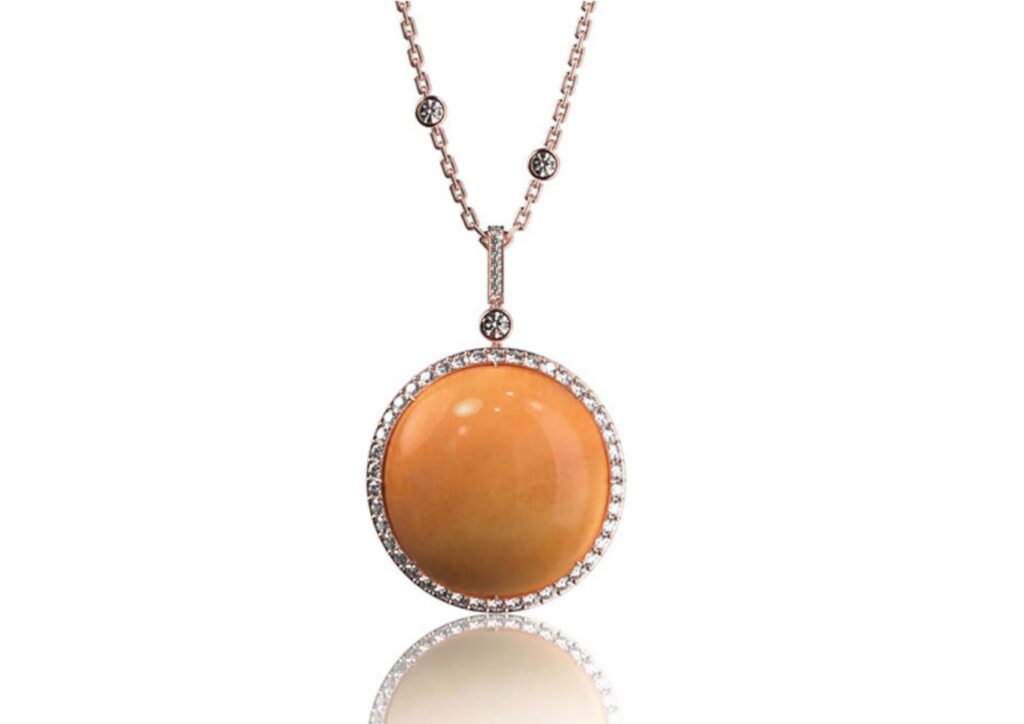 How much does a melo pearl cost?

The value of the melo pearl is not only attributed to its rarity, but also to its beauty. These pearls are generally large in size and boast a smooth, porcelain-like lustre. Like conch pearls, they are not true pearls, as they are non-nacreous; hence, they do not have the shiny iridescence associated with pearls from oysters or mussels. Instead, melo pearls range from pale yellow to a rich golden orange, which pictures do not do justice. The vivid orange pearls are the most valuable and sought-after variety. Also like conch pearls, the colour can fade if exposed to intense sunlight, so they should be treated with extreme care.

Melo pearls comprise a mixture of calcite and aragonite, which contributes to their porcelain-like texture and feel. The iridescence of a nacreous pearl is due to the layering of platelets, while in the melo pearl the aragonite crystals intertwine instead.

This intertwining can lead to a gorgeous effect that resembles flames flickering just below the surface. However, these flame-like patterns only occur on about 1% of melo pearls, making those that do display it the most valuable and rarest of all. 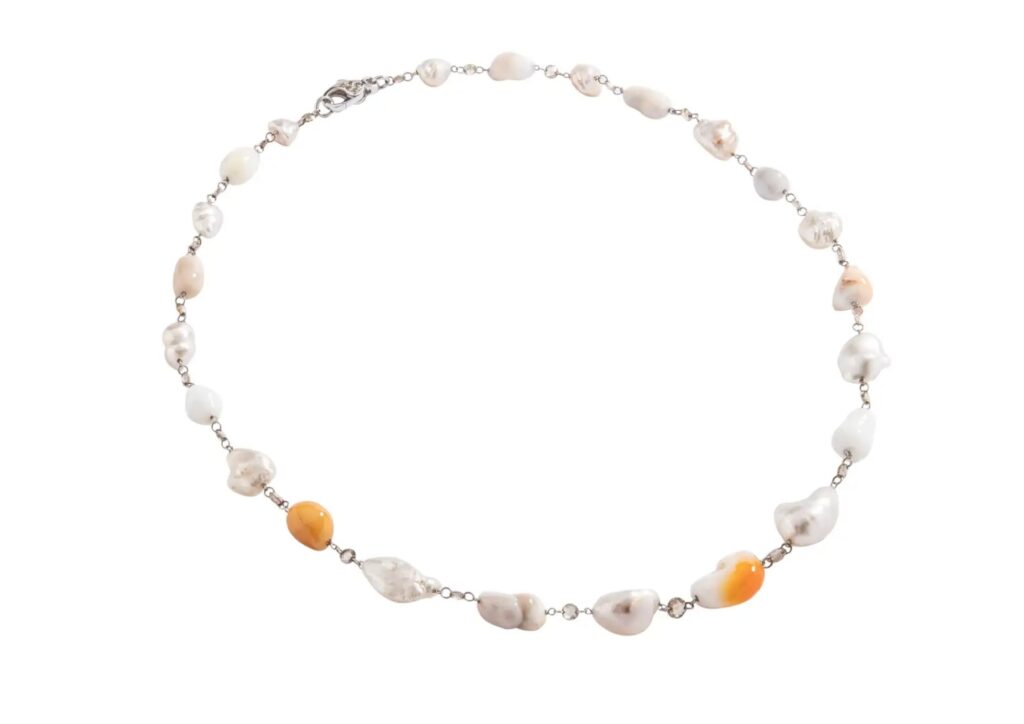 Melo pearls tend to be large in size, with discoveries as big as golf balls. Unlike most other imperfectly perfect pearls, they are usually round and don’t come in irregular shapes, though they can sometimes be oblong or slightly off round. These snail pearls are harder than traditional pearls, ranking 5 on the Mohs sale of hardness in contrast to 2.5 to 4 for oyster and mussel pearls.

Unlike traditional pearls, which are priced by the millimetre, melo pearls are valued on an individual basis, taking into account size, appearance and carat weight. As they are so variable, the value is dependent on their colour, weight and overall beauty. 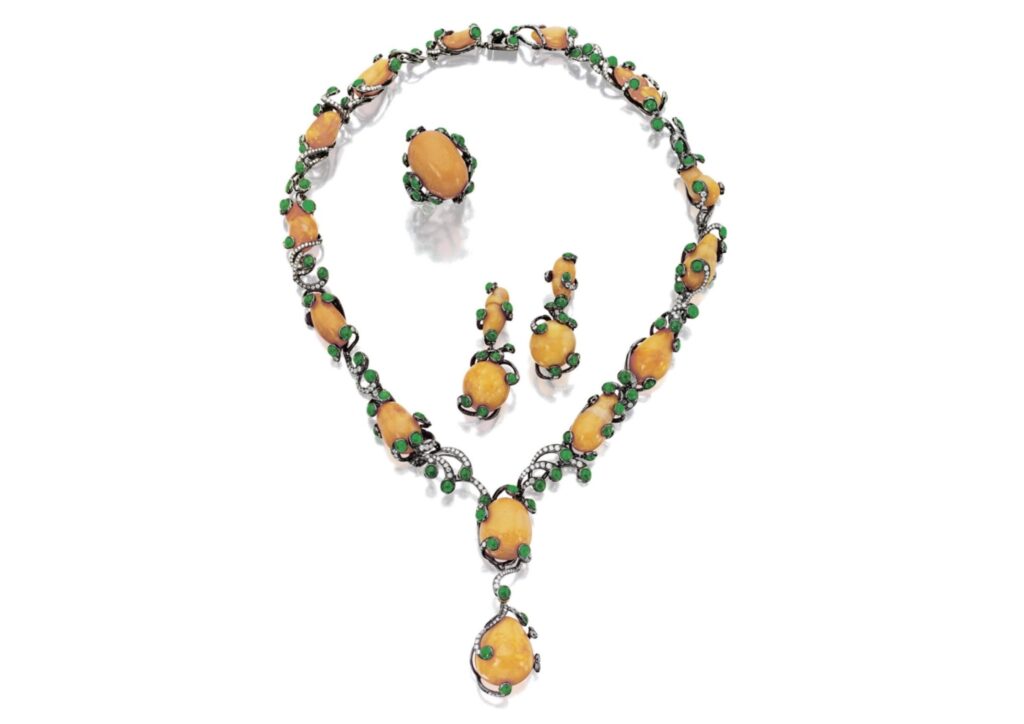 Droplets from a dragon

Before melo pearls became known to the wider world, they were once a sign of royalty in Eastern cultures. Some believed they were droplets that fell from a dragon in the sky and, as such, they were worshipped as holy objects and never worn as jewellery. In Buddhist teachings, they are seen as a symbol of perfection and considered one of the eight precious emblems of the Buddha. Though banned from setting them into jewels, emperors would frequently wear motifs of a dragon chasing a flaming orange pearl to hint that this coveted treasure could be found in their vaults.

Due to its rarity and value, the melo pearl continues to be the stuff of legend today. Modern-day tales include that of an impoverished Thai fisherman whose life was transformed after finding one of these elusive gems during the pandemic. The example he stumbled across while collecting oyster shells could be worth as much as THB 10 million (£225,000).

Most of us can only dream of owning such a rare and valuable pearl, or even seeing one in person. It is precisely this legendary character that makes the melo pearl so exciting and mysterious. This is the magic of jewels – the way they inhabit our stories, real and imagined, and conjure up images of exotic lands, unrivalled wealth, dazzling beauty and life-changing discoveries. 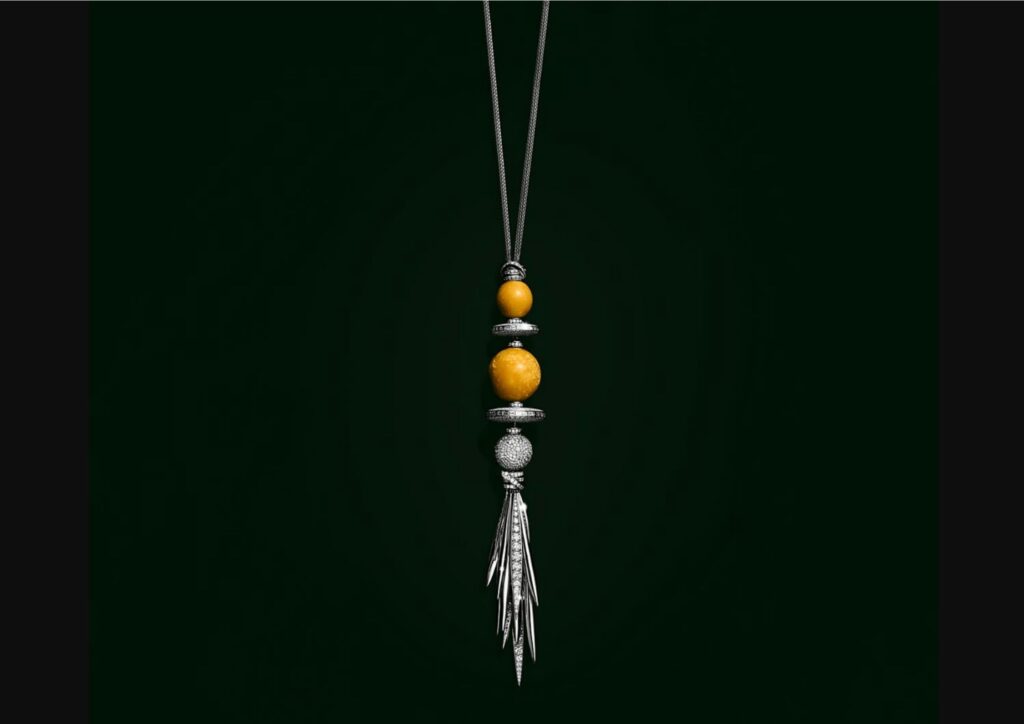 Rae Oliver is a freelance writer and content manager with a passion for travel, social media and online marketing. Her published online work covers a vast range of topics, from lifestyle and fitness to hospitality consumer trends. She is currently the content manager for Truly Experiences.

I'm looking for a possible buyer of melo melo pearl..a friend of mine had 1 pcs.

I got pearl from inside fish skull, its has beautiful rare shape, i give you good price, for 5 billion https://drive.google.com/folderview?id=19DBzfLz6e7h7626LbqDuCv1loXY9qpmD 😉