Would you consider buying a diamond that was grown in a lab? 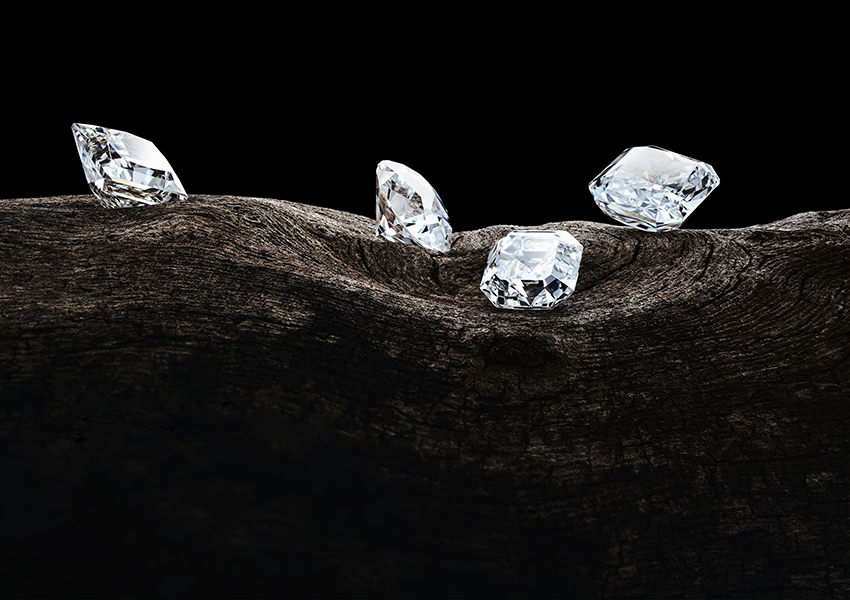 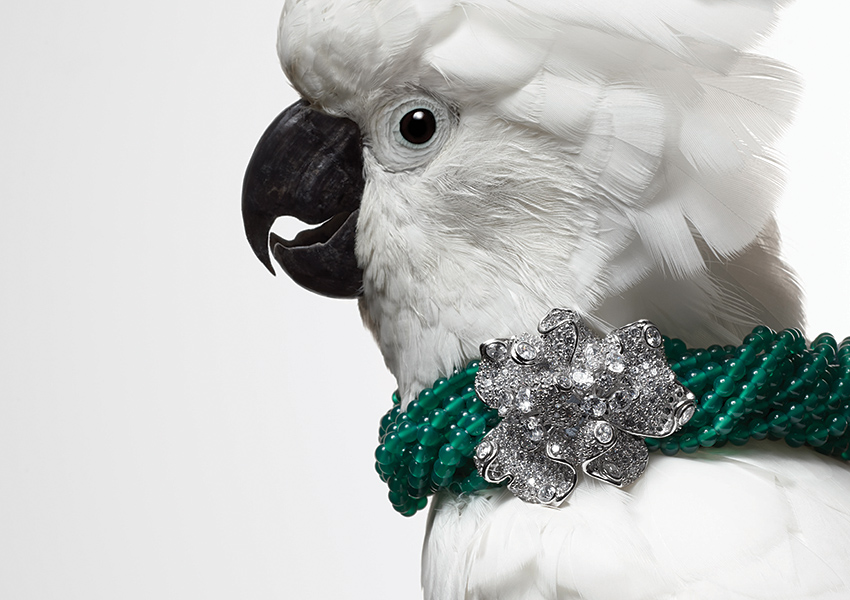 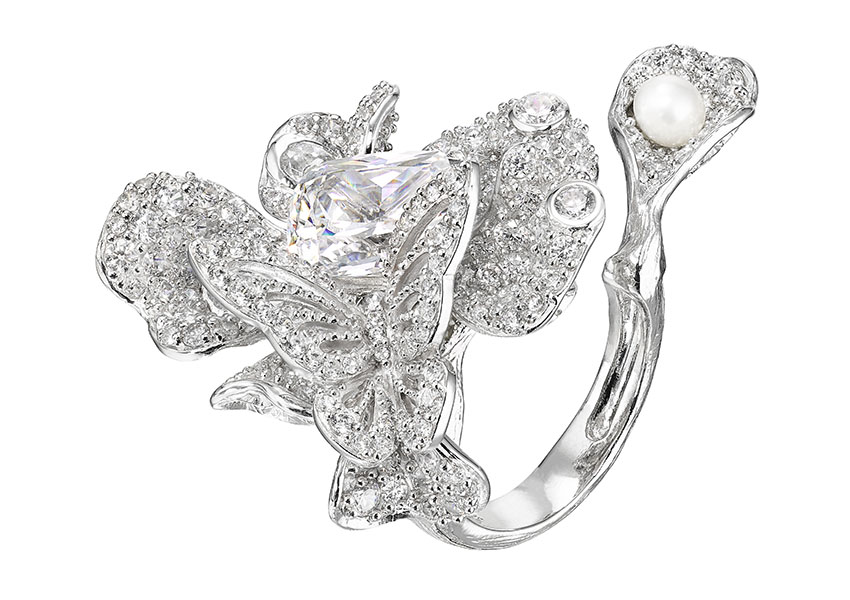 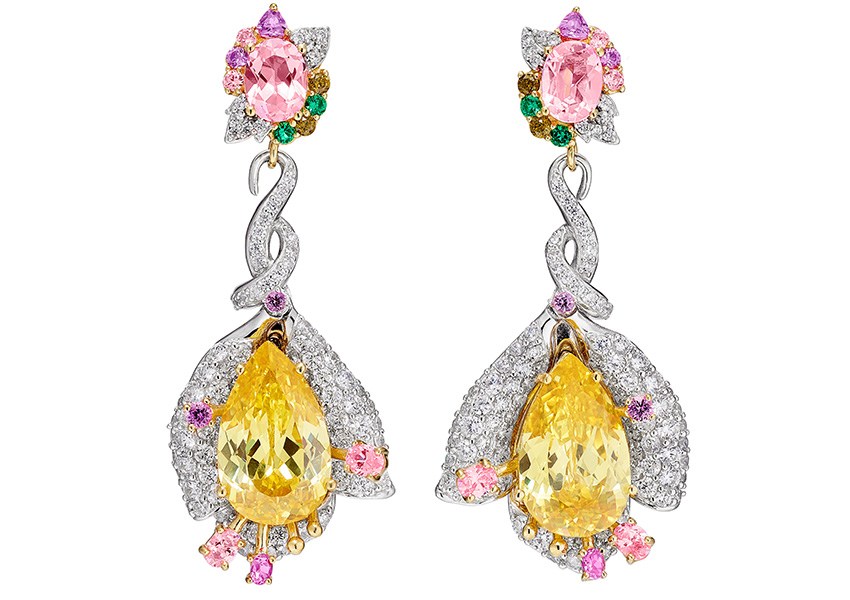 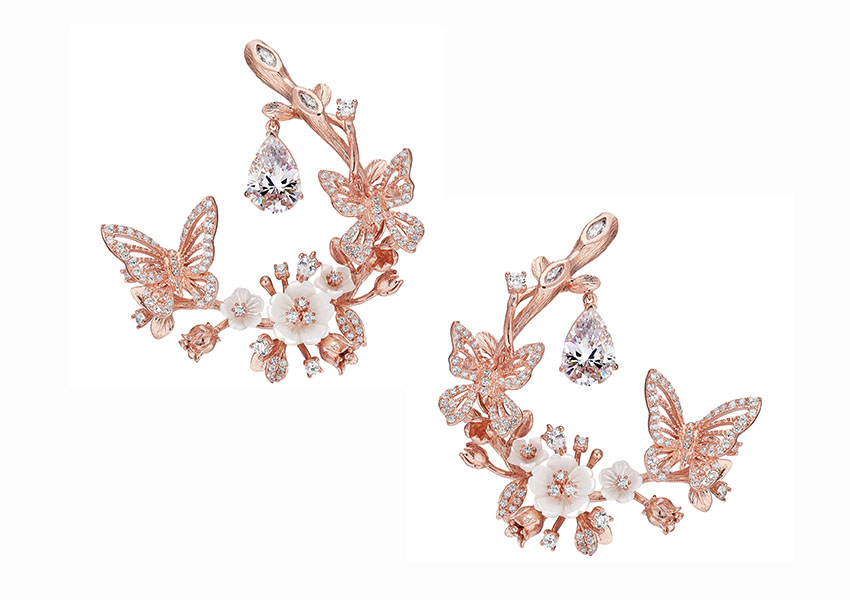 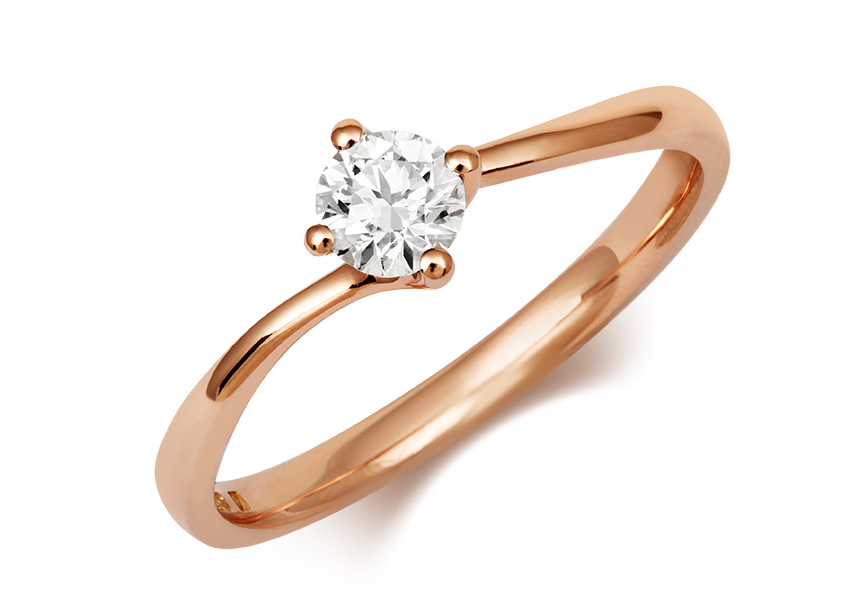 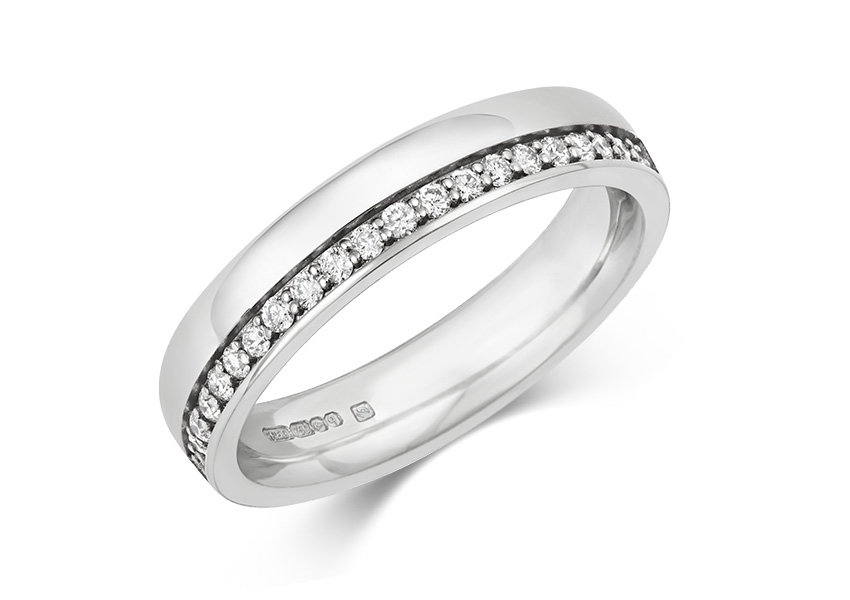 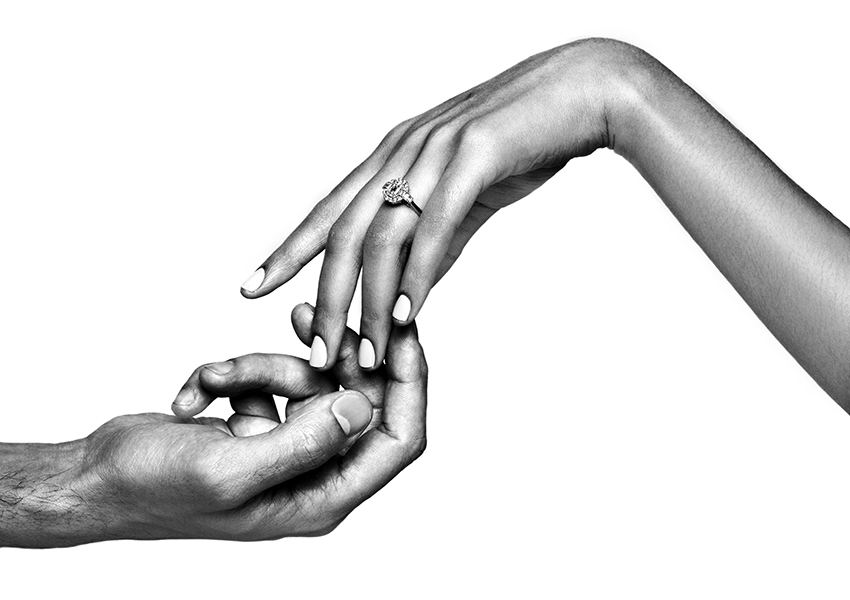 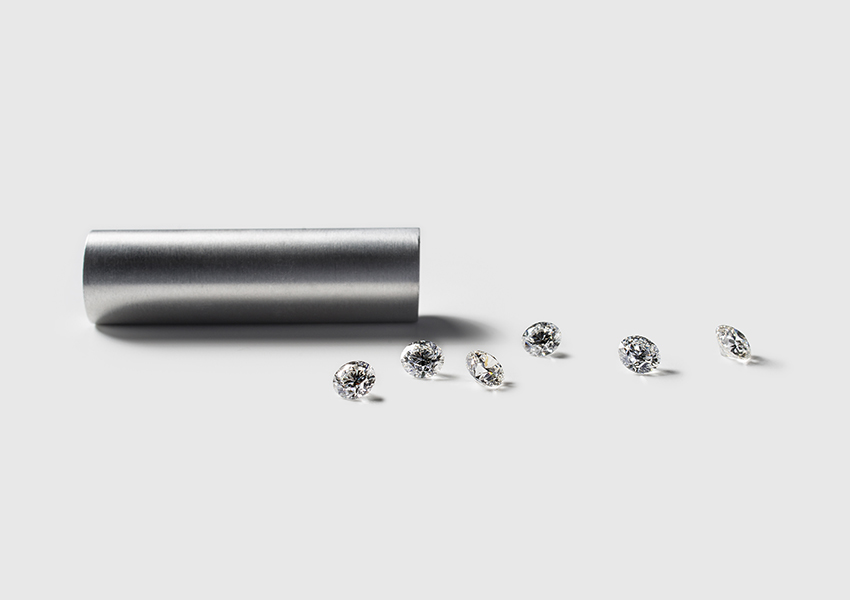 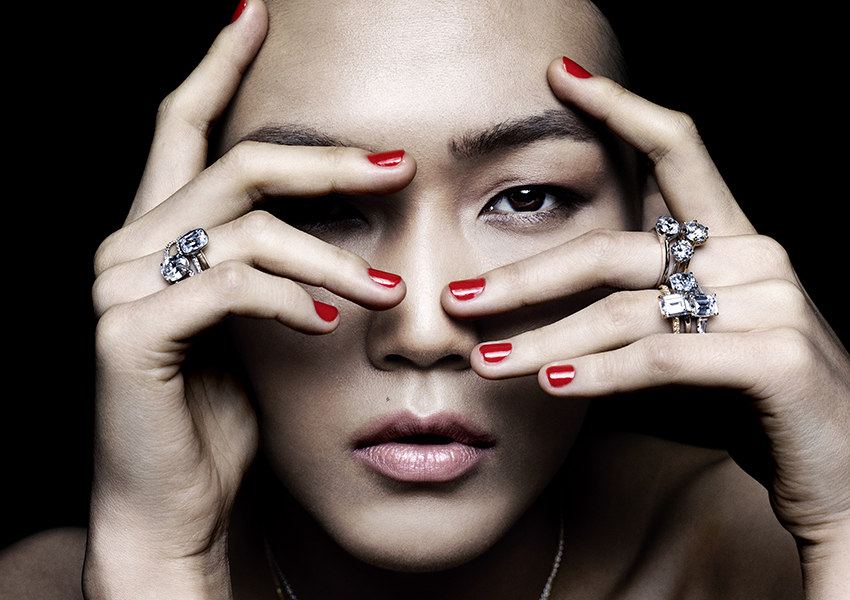 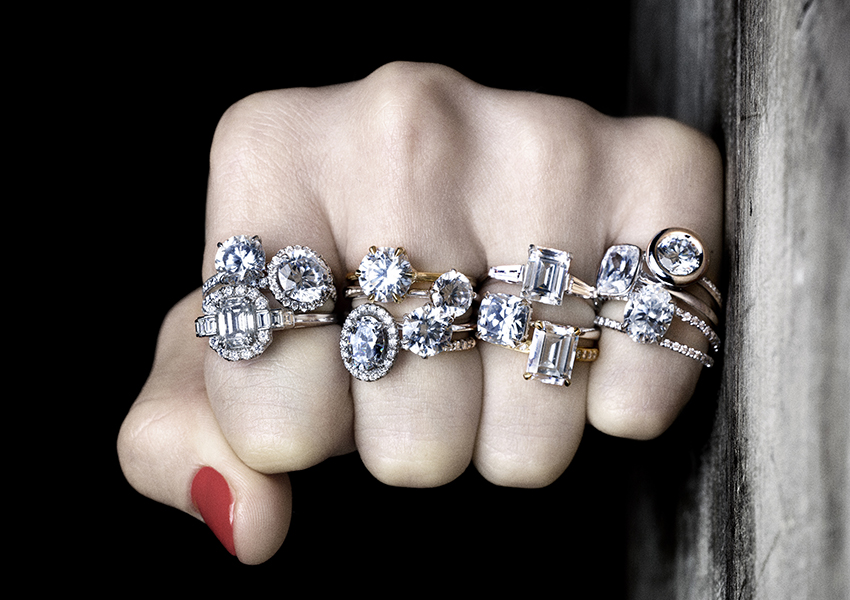 As you wiggle your finger, it dances and sparkles in the light, throwing out rainbow hues that make you gasp and coo. But what if I told you that the diamond you are admiring came not from beneath the earth’s surface, but a pristine lab in Silicone Valley? Would it change how you feel about it?

This is a question worth considering as science now gives us the option of buying diamonds created by humans. In labs across the world, from Germany to China, men and women in white coats are recreating the exact same conditions that turned carbon into diamonds all those millions of years ago. And it’s working.

Not be confused with cubic zirconia or rhinestones, lab-grown diamonds are real and have the same optical and gemological properties as mined diamonds. Even trained gemmologists sometimes can’t tell the difference.

As the mecca for all emerging tech, Silicone Valley has been one of the first places to really invest in the creation of lab-grown diamonds. The company leading the pack – or at least attracting the most famous investors, including Leonardo Di Caprio – is Diamond Foundry. With slick marketing that focuses on the ethical advantages of lab-grown stones (no mining, no exploitation, a clear supply chain), it is trying to change the way we feel about diamonds.

“If you ask people abstractly whether they would buy a synthetic diamond, people tend to be disinclined,” admits Diamond Foundry chief executive Martin Roscheisen. “But that’s like asking someone in 1990 whether they would buy an electric car, at a time when the only electric cars in existence were golf carts. When people see our diamonds in a store and understand their cultivation, there is zero resistance. Cultivated diamonds are simply a better product all around. It’s like organic food – it’s better food.”

For those in the coffee queue with a thumbprint at the ready to pay for their organic decaff soya latte using Apple Pay, this probably seems like a no-brainer. But for the romantics among us, the story that has been told for generations about diamonds forming slowly beneath the surface of the Earth over millions of years is less easily unravelled.

To start with, says Roscheisen, that story is bull: “It takes two full weeks of continuous operation to create a [Diamond Foundry] diamond, which is 100 times slower than Earth itself forms them. Diamonds in Earth form within two to three hours.” While the discovery of diamonds might take millions of years, the process starts with intense heat and enormous pressure 100 miles below the surface of the earth, and when an eruption shoots the material upwards, cooling it rapidly, it is in this moment that diamonds as we know them are formed. These are the same conditions now being replicating above ground to create the 100,000 carats of lab-grown diamonds that Diamond Foundry is producing every year.

Then, of course, there is the grimier side of the romantic mining story that jewellers don’t want you to think about when you’re selecting an engagement ring. While a very low percentage of diamonds are from conflict areas – it is estimated to be about 1% – that does not mean that the 99% of diamonds guaranteed by industry watchdog, the Kimberly Process, are ethically and environmentally responsibly sourced. The gemstone industry has a real problem with traceability, and while strides are being made – actress Salma Hayek recently auctioned off a 4.11ct emerald for charity mothers2mothers at her London home that had been donated by Faberge and laser inscribed with a reference number, allowing its journey from a Gemfields mine in Zambia to be traced – if you ask a dealer where your exact stone has come from, it is unlikely they could tell you with full certainty.

In a glass-fronted boutique within Soho’s fashionable Ham Yard Hotel, there is a jeweller, Anabela Chan, who can guarantee you that every one of the diamonds and brightly coloured gemstones you’ll see within her chic golden displays are genuine and ethically sourced. That’s because every last one of them – from rich purple amethysts and fuchsia sapphires to canary yellow diamonds, and even black opal – was grown in a lab.

“I trained as a fine jeweller in a very traditional way, but when I was in my second year I met a friend who was in footwear design but whose family were in the gemstone business, so I asked her why she was doing footwear,” says Chan, whose designs have all the hallmarks of Bond Street but not the exorbitant price tags. “She said, ‘If you’ve seen what I’ve seen and know what I know, you wouldn’t want to be a part of that industry either’. It was a life-changing moment.”

While a very small minority of Chan’s clients do come to her because of the lab-grown angle, most fall in love with the designs first and discover the origin of the stones – and, pleasantly, the prices – second. “When you look at stones, you can see how beautiful they are,” says Chan, whose clients will mix her pieces into collections dominated by pricier mined gems. “There’s no difference optically, and value wise I think we are creating pieces that people enjoy wearing rather than keeping in the safe. Clients feel comfortable to travel with them and flamboyant, colourful, dramatic pieces can be enjoyed by a younger demographic as they can now afford them.”

More bling for your money

Ethics aside, the lower price of lab-grown diamonds is a major draw. At ethical jeweller Cred, which has an appointment-only boutique in Clerkenwell, all of its Fairtrade gold engagement rings are offered with either ethically sourced diamonds mined in Canada or Namibia, or lab-grown diamonds. Swapping the stone from mined to lab-grown can save you up to 30%.

“Some customers still want the allure of a natural stone, the romance,” says Cred owner Alan Frampton, whose biggest lab-grown diamond sale to date was a 1ct oval cut. “However, a lot of customers like the fact that they are getting more diamond for their money with a lab-grown, and love that they get all the beauty of a sparkly diamond without the cost to the environment, safe in the knowledge that no-one has been harmed in the process.”

Last year, Atelier Swarovski – from the family of the same name that made its fortune from faux sparkle – launched its own collection of fine jewellery that set its trademark crystals next to lab-grown diamonds. Actress Emma Roberts, niece of Academy Award winner Julia Roberts, wore some of the pieces on the red carpet at the 2017 Oscars, marking a watershed moment for lab-grown diamonds being taken seriously.

The one question that remains is whether lab-grown diamonds will hold their value, as their mined predecessors have done. Will they follow the tech path and drop in price as increased production boosts availability? Or will they mimic cultured pearls, which took the place of natural pearls in the 1920s? Though prices initially plummeted, cultured pearls, once considered pretenders, are now highly sought-after luxuries. And good news for anyone with a mined diamond in their possession, the price of natural pearls skyrocketed even further. 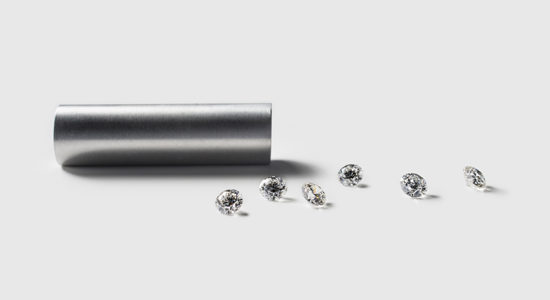 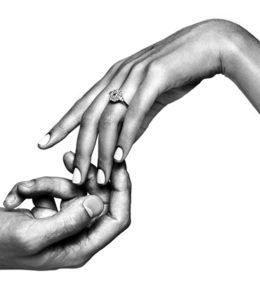 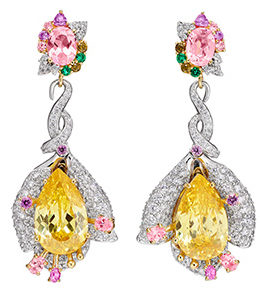 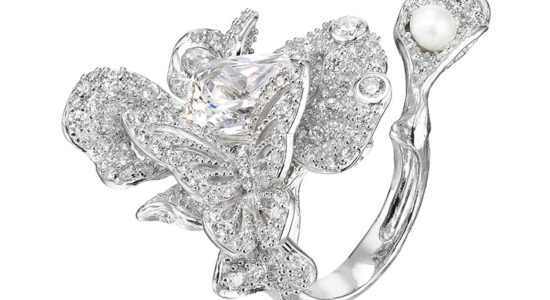 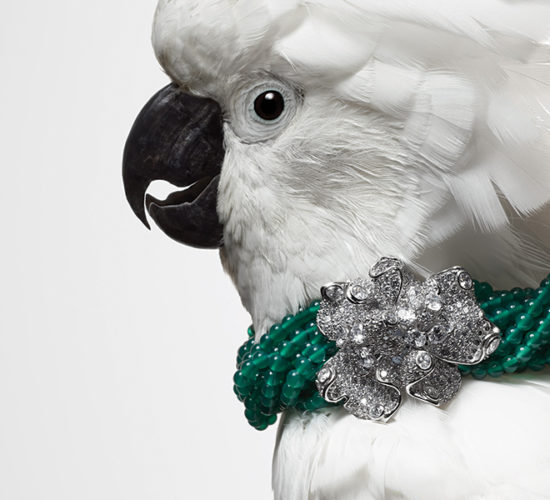 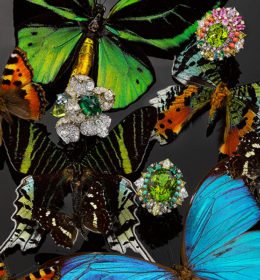 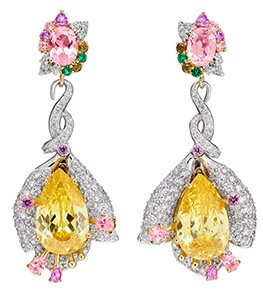