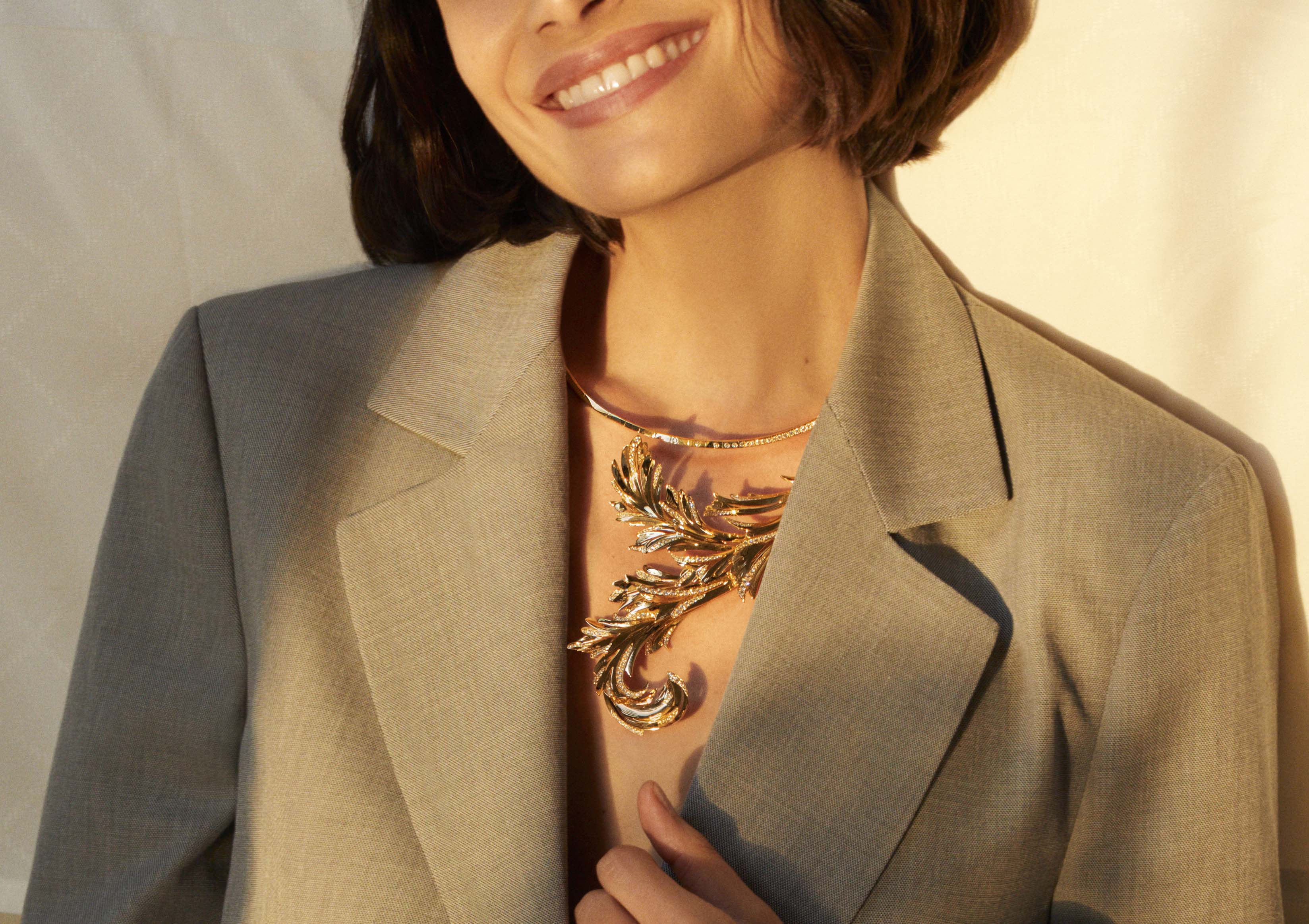 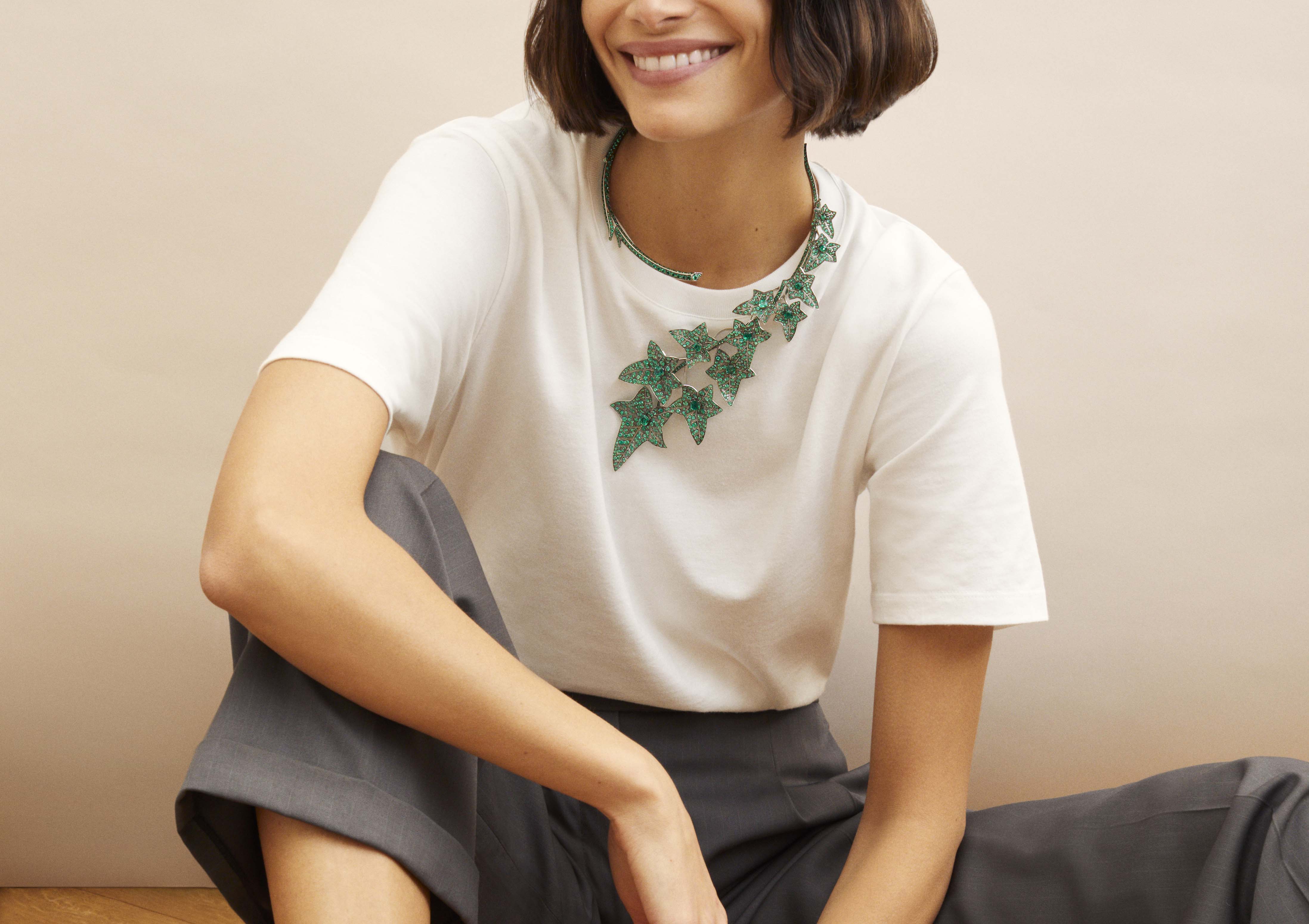 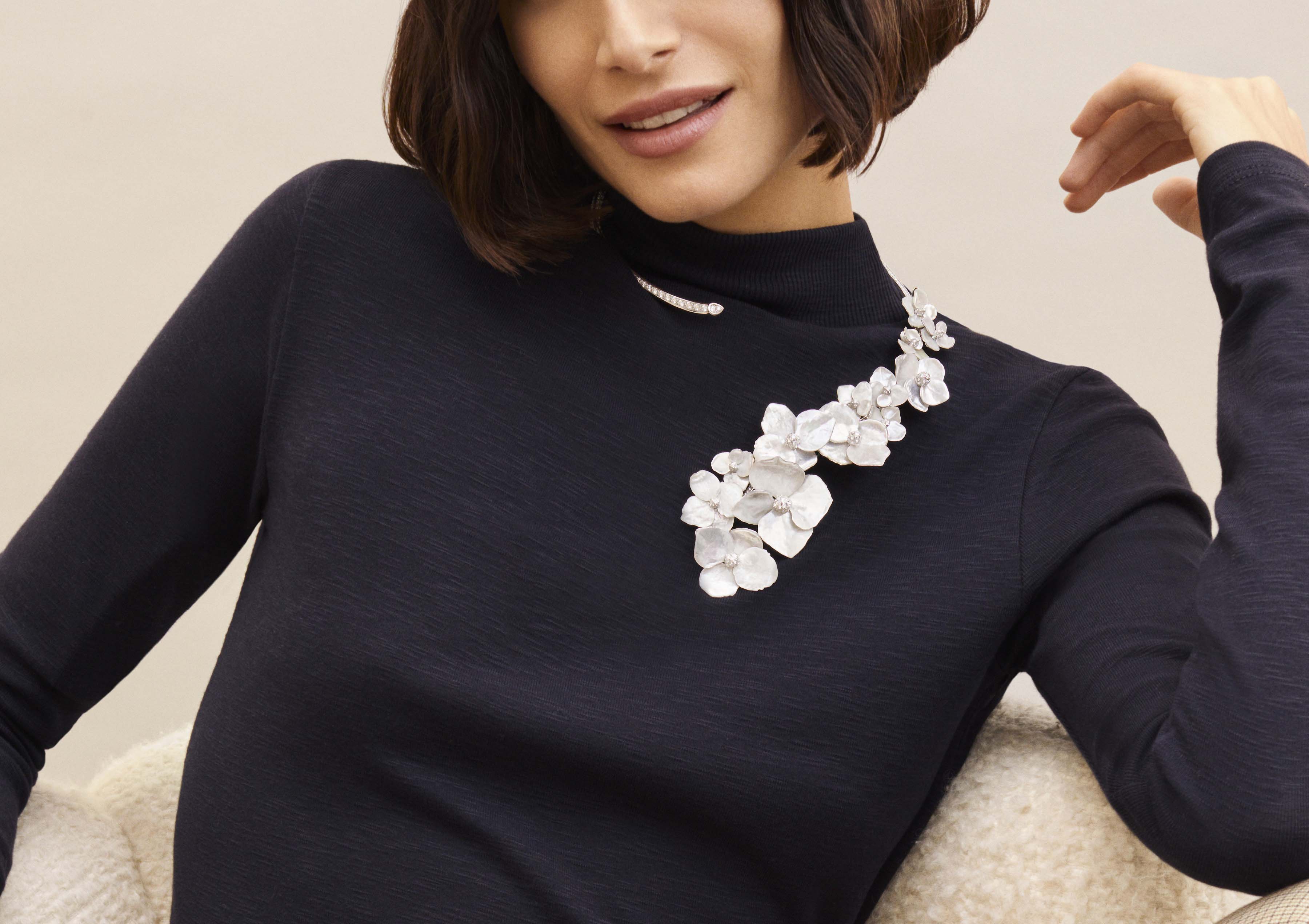 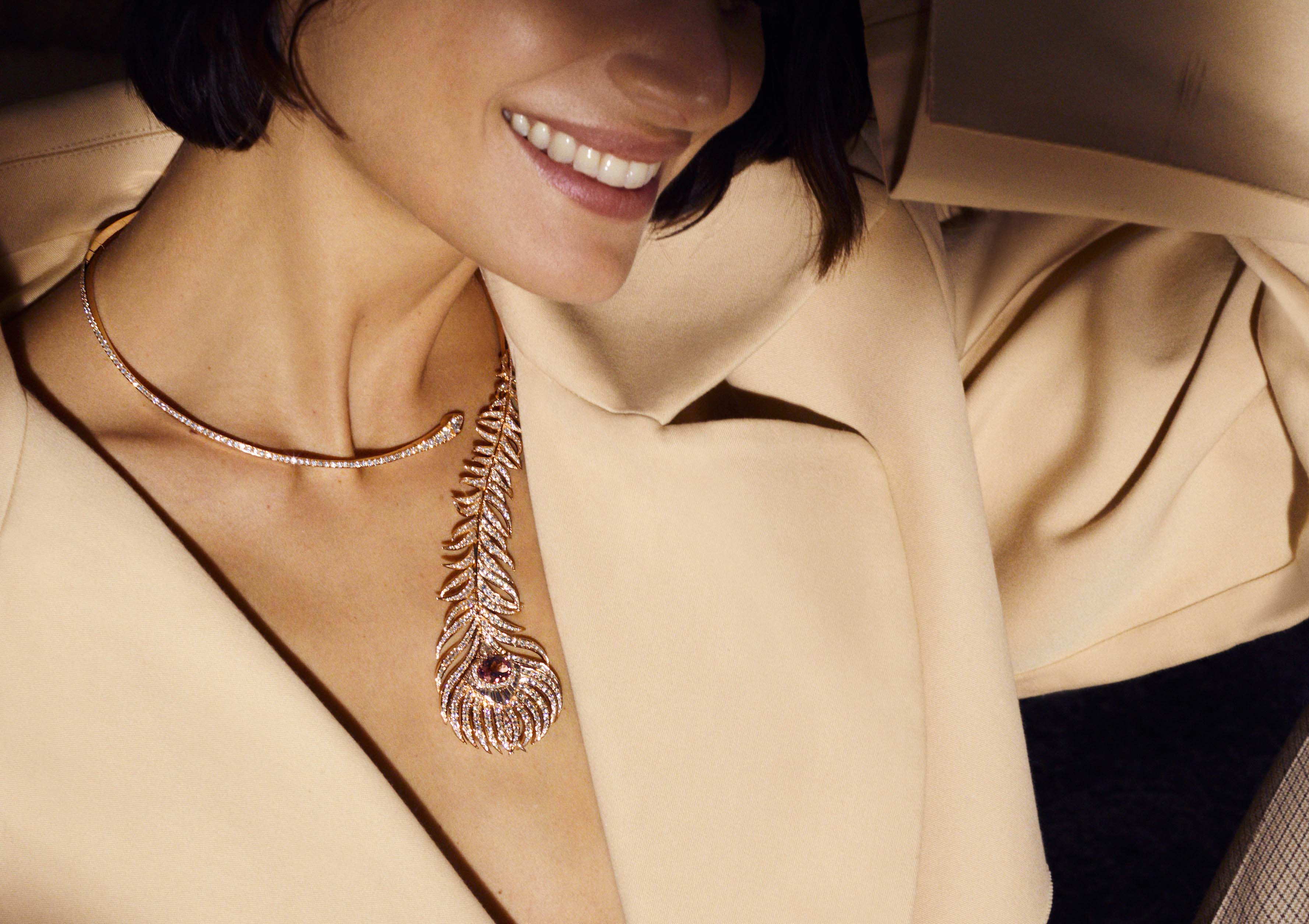 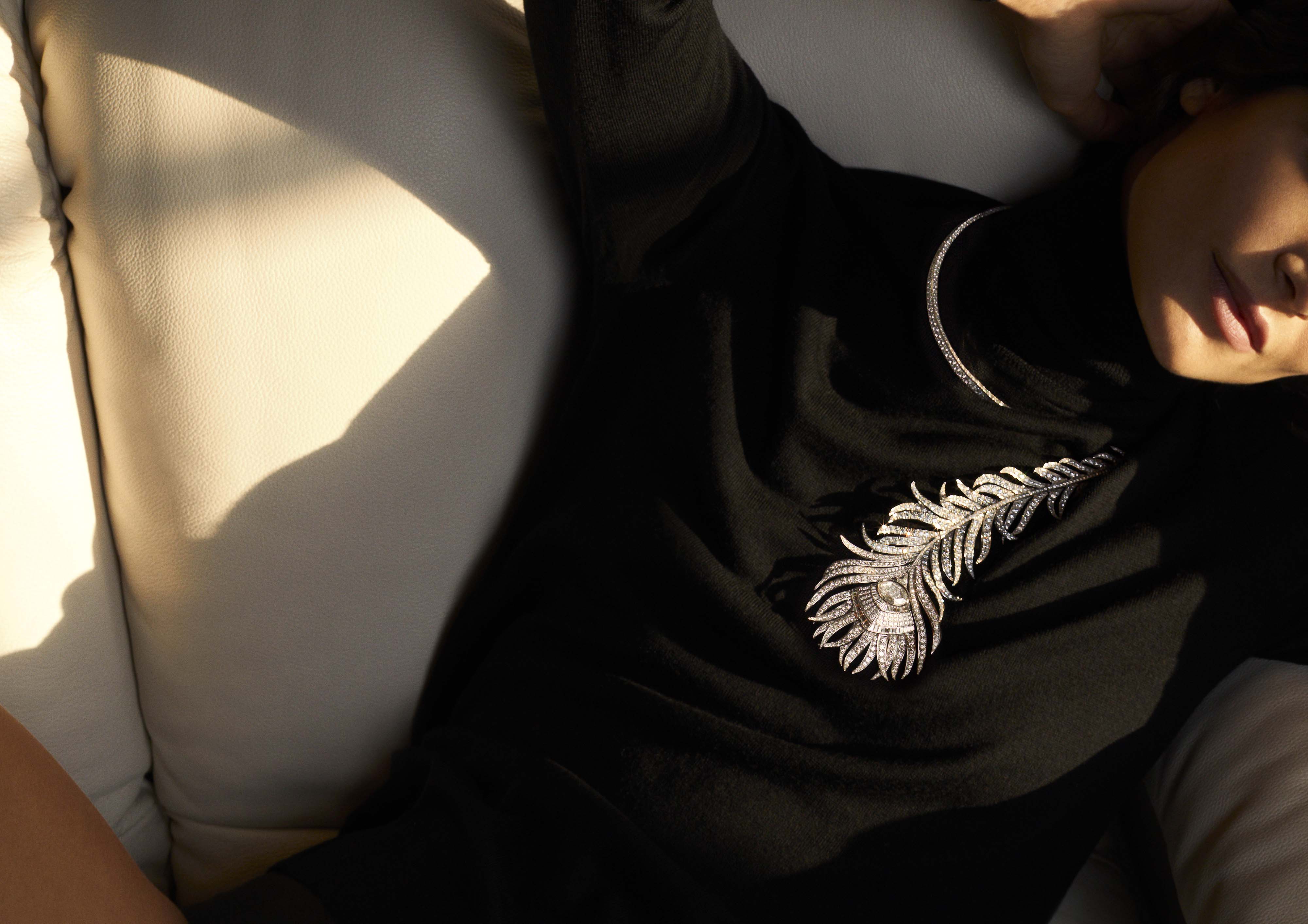 The Boucheron Question Mark necklace is a bejewelled form of lavish self expression; its hearty scale leaving little choice but for the jewel to become the centrepiece of any outfit. Yet its creation in 1879 was actually about function over form, created with its signature open-ended design to allow independent women to dress without the sort of assistance one might need for necklaces with fiddly clasps.

In Paris last week, Boucheron unveiled eight new versions of this iconic necklace, each created under the supervision of the maison’s creative director Claire Choisne. Just like their predecessors, the scale of each neckpiece was exaggerated, with what would be the elongated downwards swish of the question mark shape, if laid flat, dropping deep into the décolletage.

“The Boucheron style is, above all, a state of mind,” said Choisne. “In my opinion, it is captured perfectly by the Question Mark necklace, which I wanted to reinstate as one of Boucheron’s main signature pieces as soon as I arrived at the maison. This necklace encapsulates the philosophy of a maison that throughout its history has incorporated in its creations the ethos of innovation with a focus on emotion, and the beauty of expression with a focus on women’s freedom. Its modernity – designed to promote freedom of expression – seems to have defied time, which for me is the hallmark of high jewellery. And above all, its technical sophistication, almost imperceptible and invisible, is totally oriented towards emotion.”

Some new designs were updates of archival Question Mark necklaces, such as the Plume de Paon. Previously, this feather-like design was made in white gold and covered entirely in diamonds. For 2020, new colourwaays have been introduced, such as a rose gold version and one design in which the central stone has been swapped for a 10.98ct oval-cut Burmese blue sapphire. “I love the XL scale of this necklace, which I see as the masterpiece of this collection, and which will set the tone for the dimensions of future creations,” said Choisne.

The Lierre de Paris, a previously used ivy motif from the Nature Trimophante collection, was given a vibrant update with emerald pavé. Also in homage to nature, the Feuilles d’Acanthe necklace uses diamonds and yellow gold – an unusual metal choice for Boucheron’s high jewellery pieces –to create a swirling latticework of leaves in a style that is often found in architecture.

As well as being an impressive example of high technology at work in high jewellery, the design of the necklace also has a softer side. “This is the first flower my daughter gave me,” says Choisne. “I love this flower because it looks simple, almost humble to me.”

A brand new design added to the Boucheron Question Mark family was Perles. The almost minimalist design, were it not for the maximalist scale, is a simple line of mother-of-pearl drops graduating in size and interspersed with bezel-set diamonds.