Boucheron beckons the second coming of the Roaring Twenties 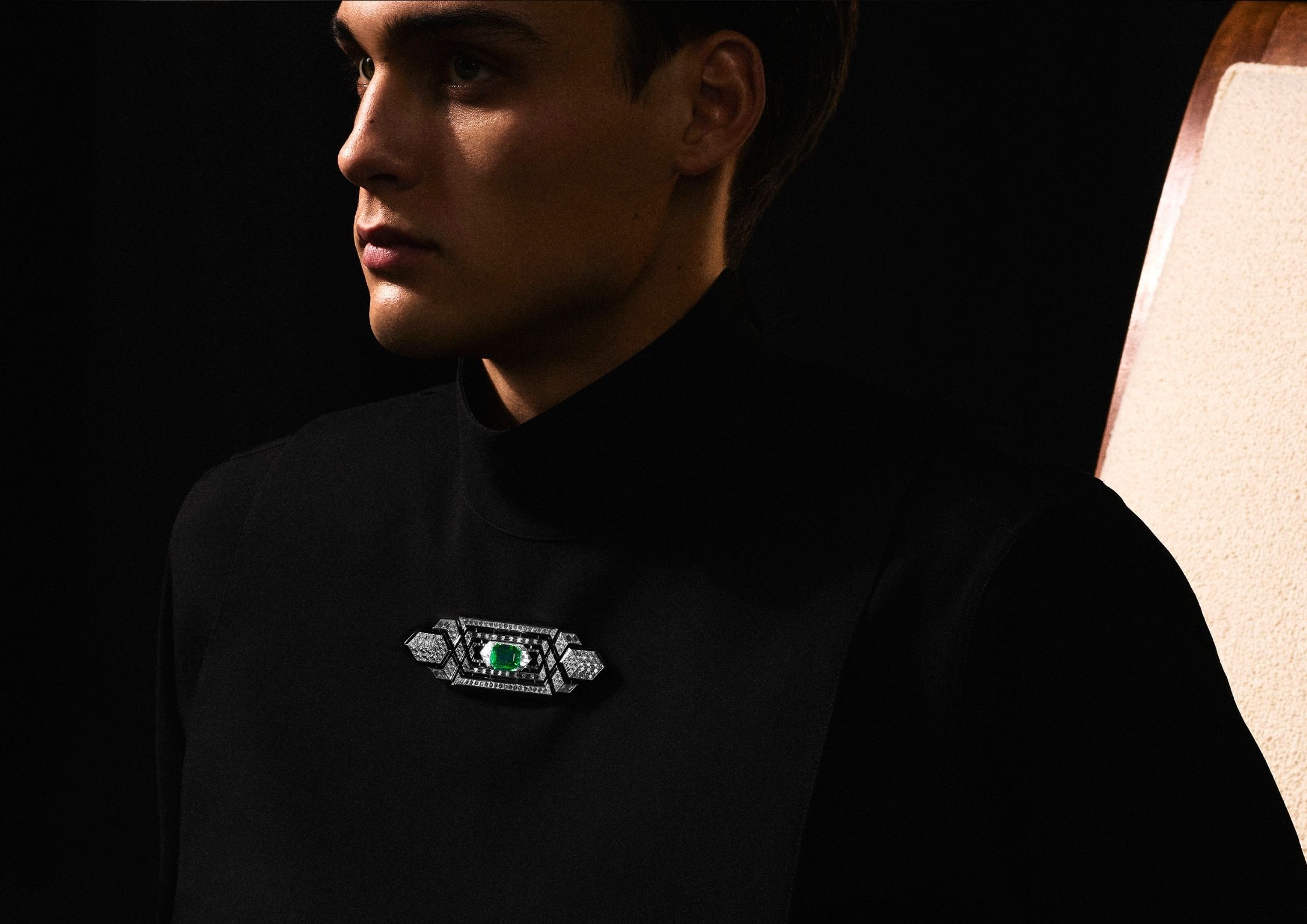 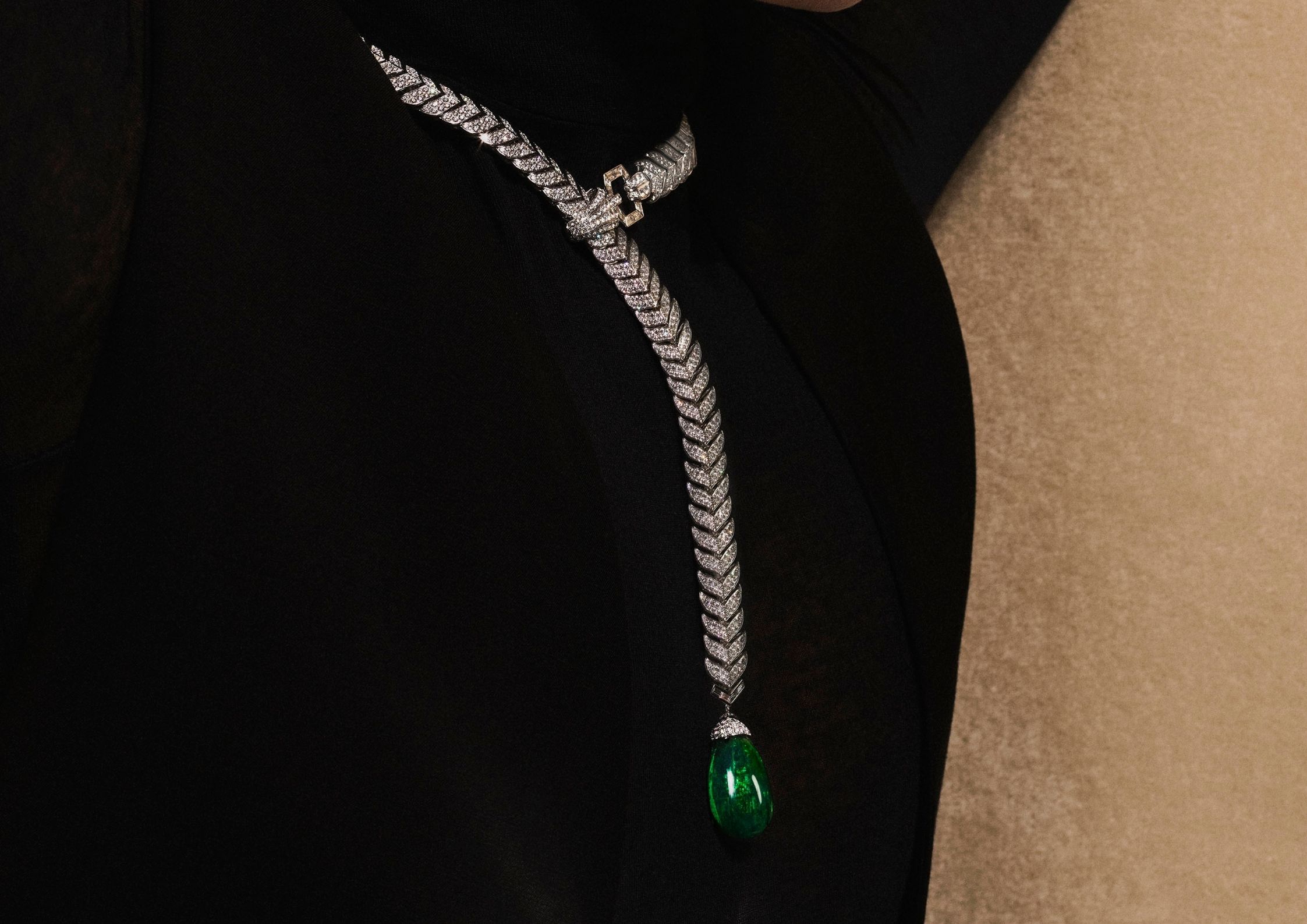 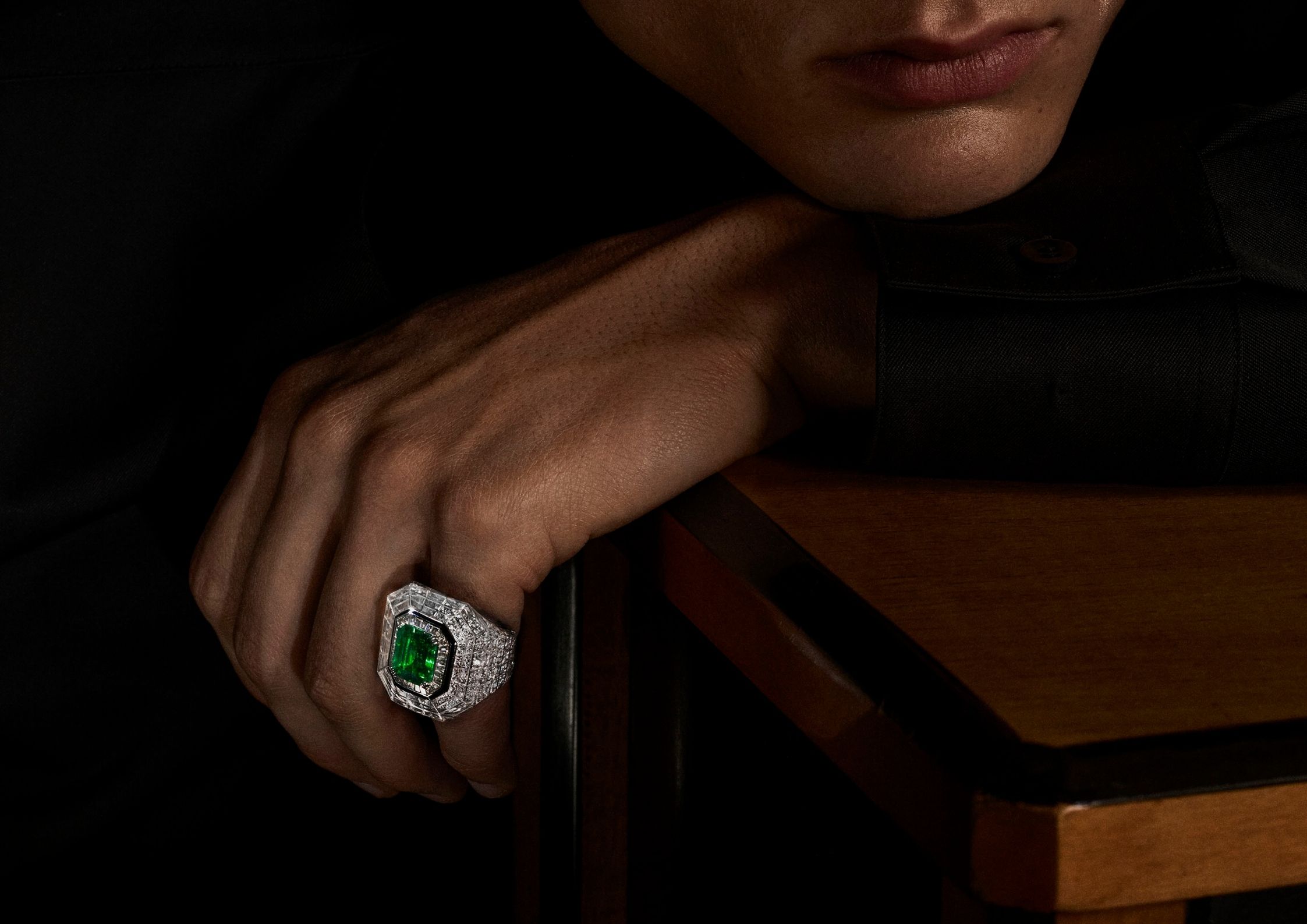 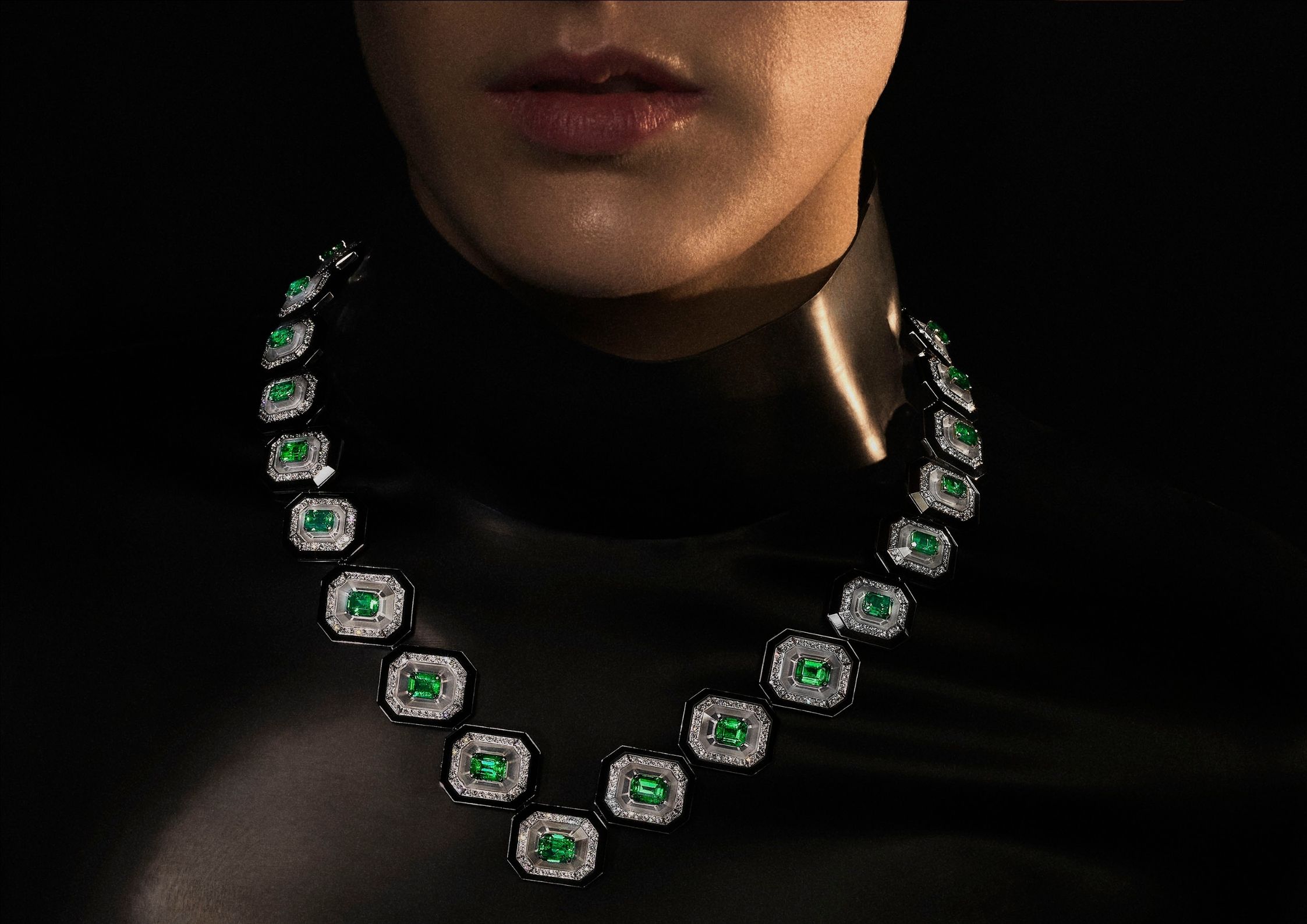 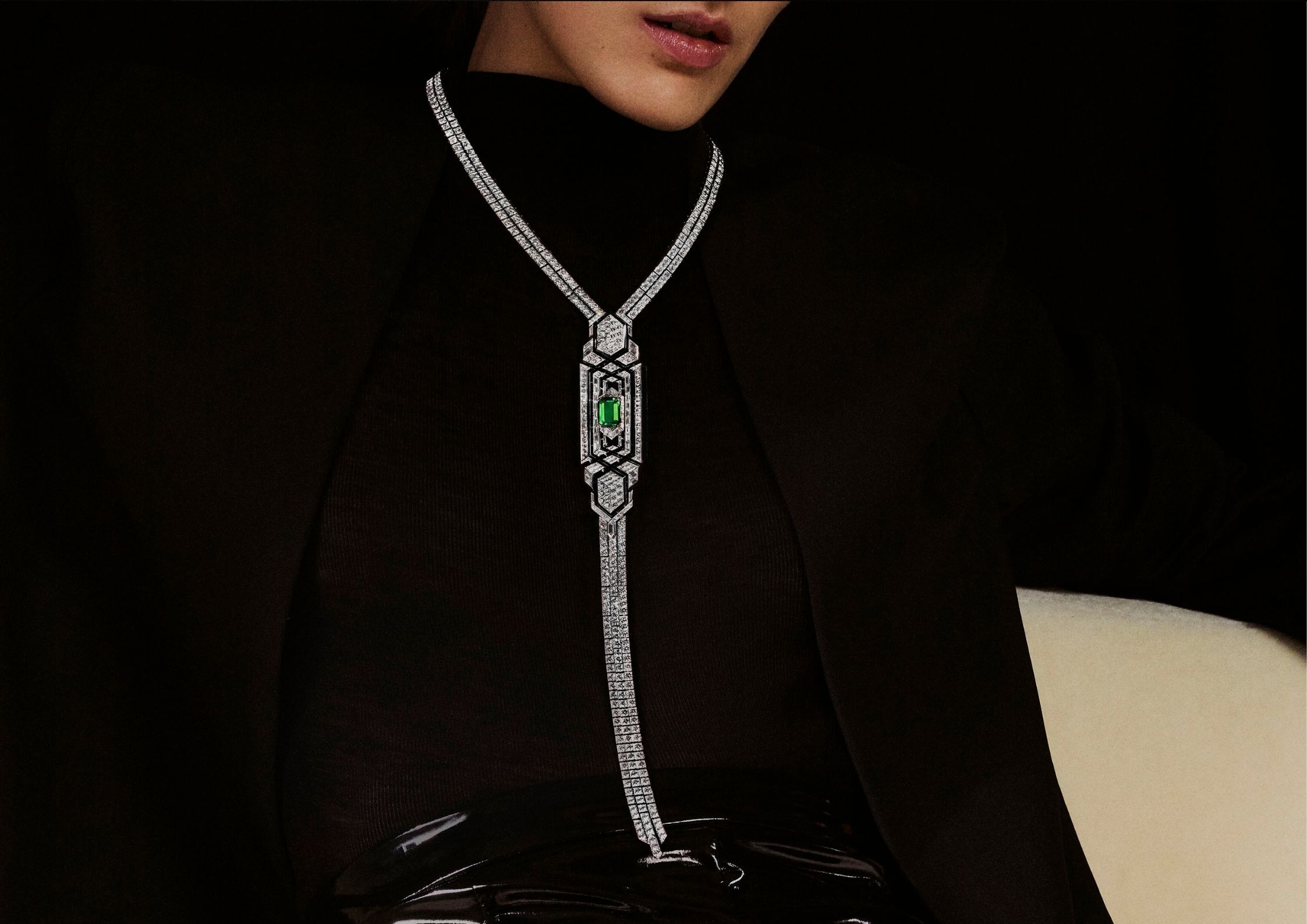 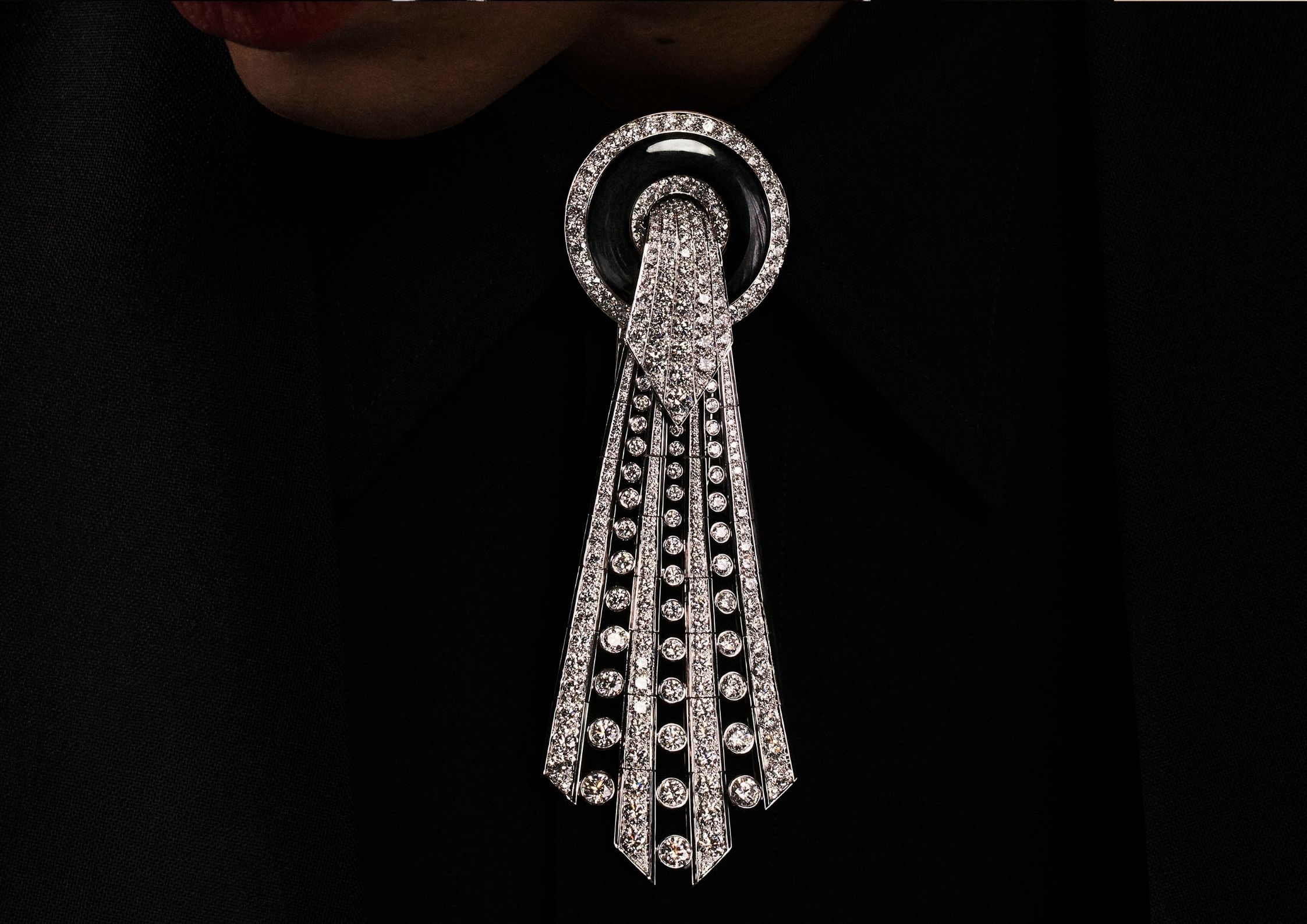 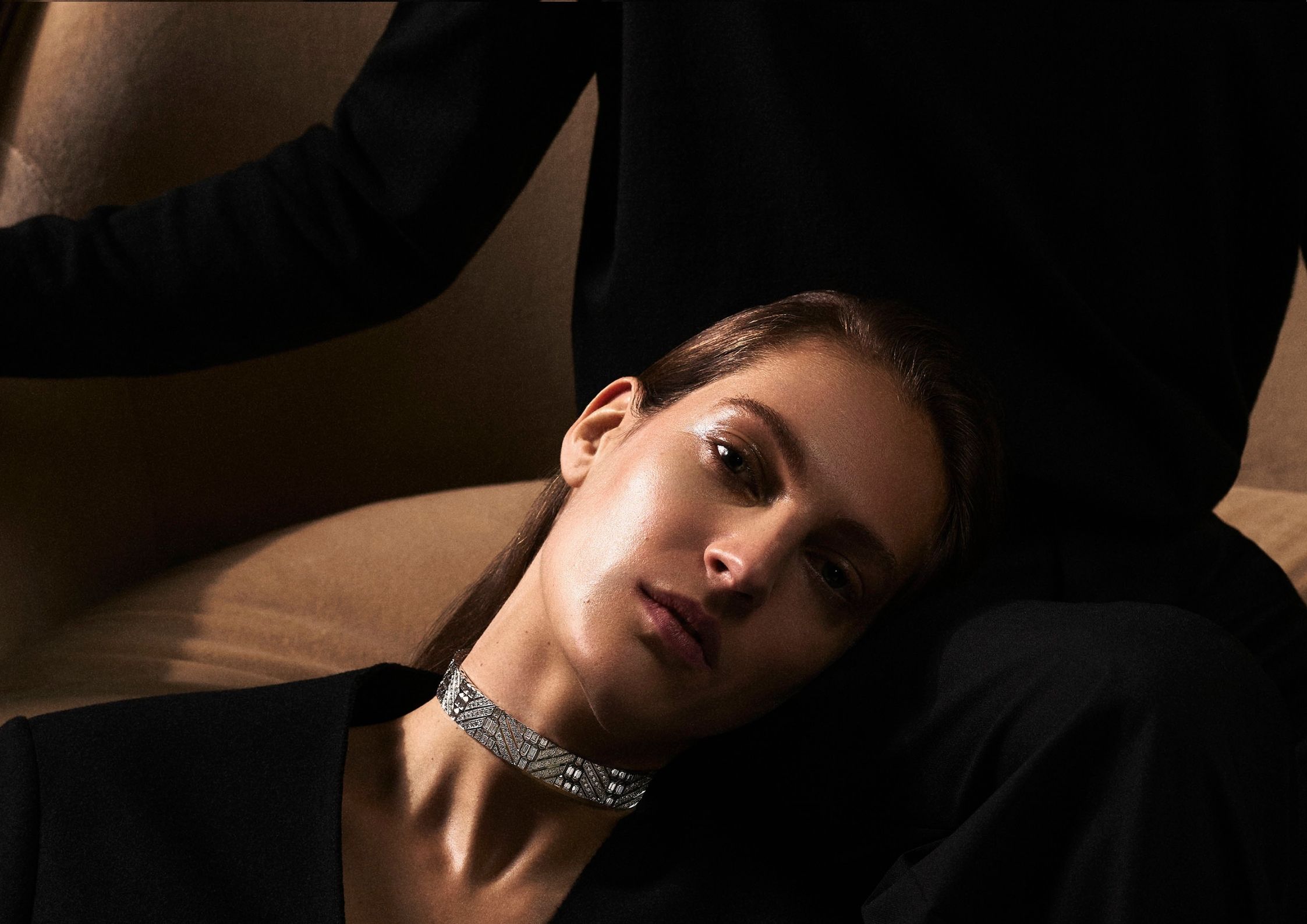 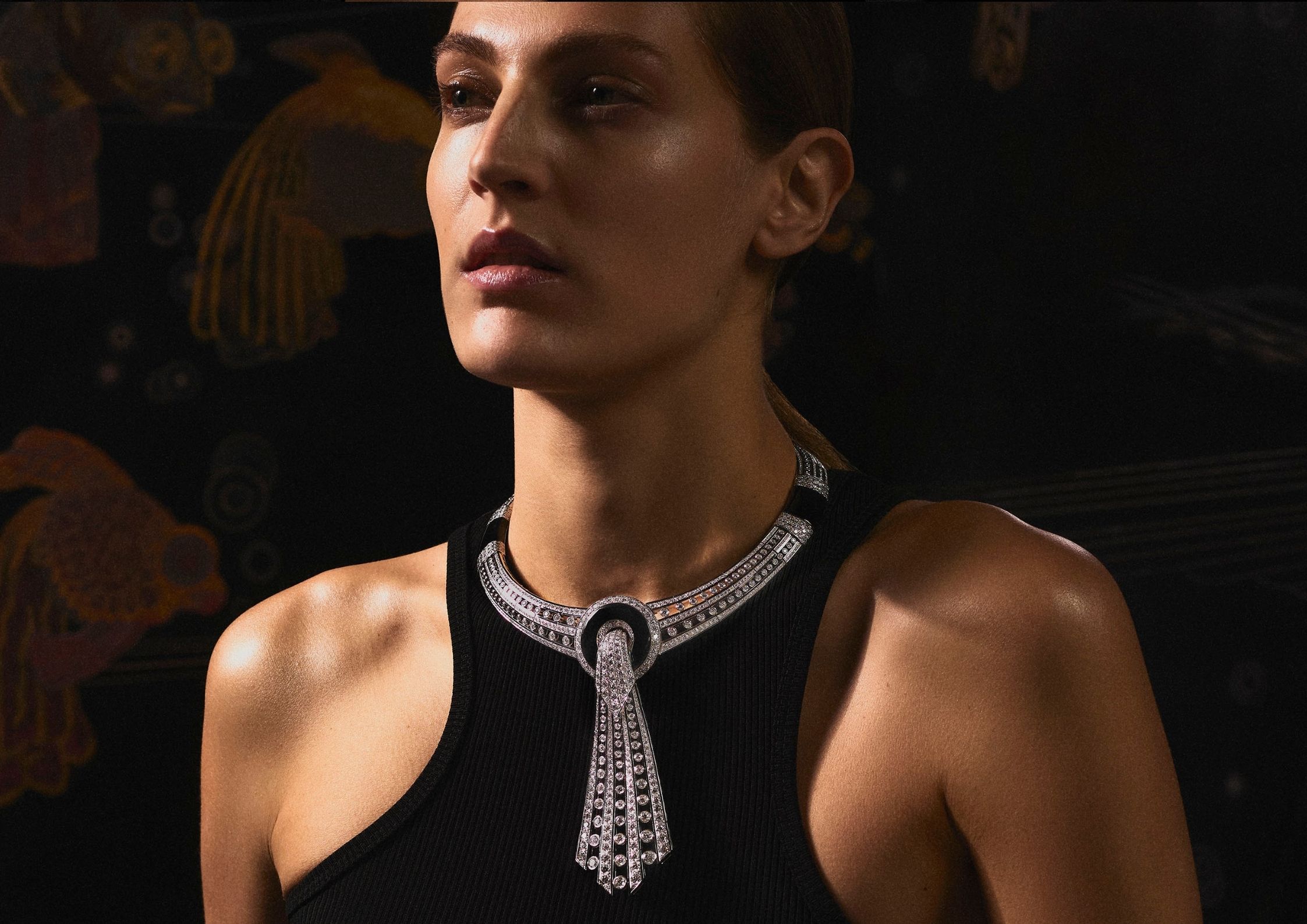 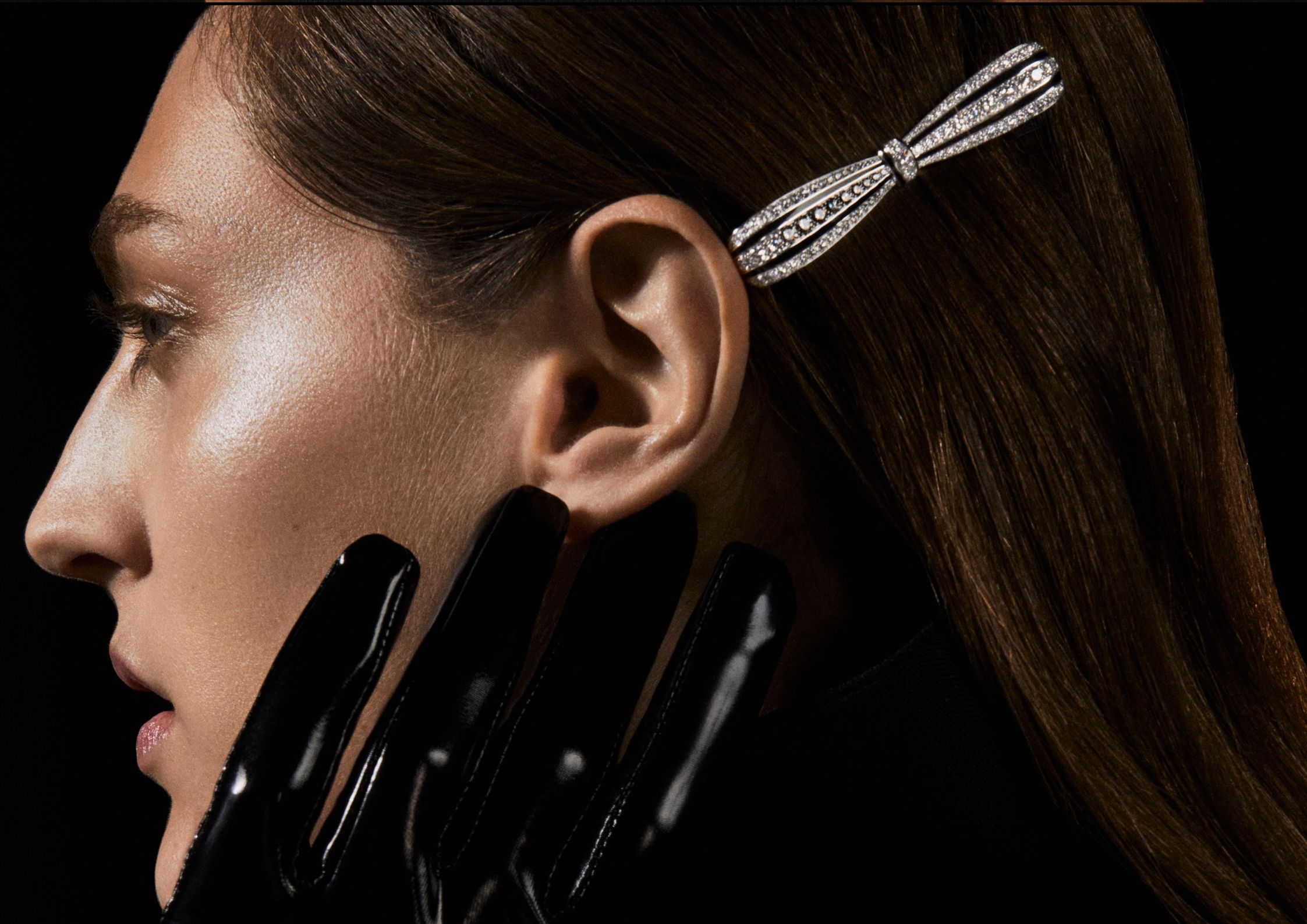 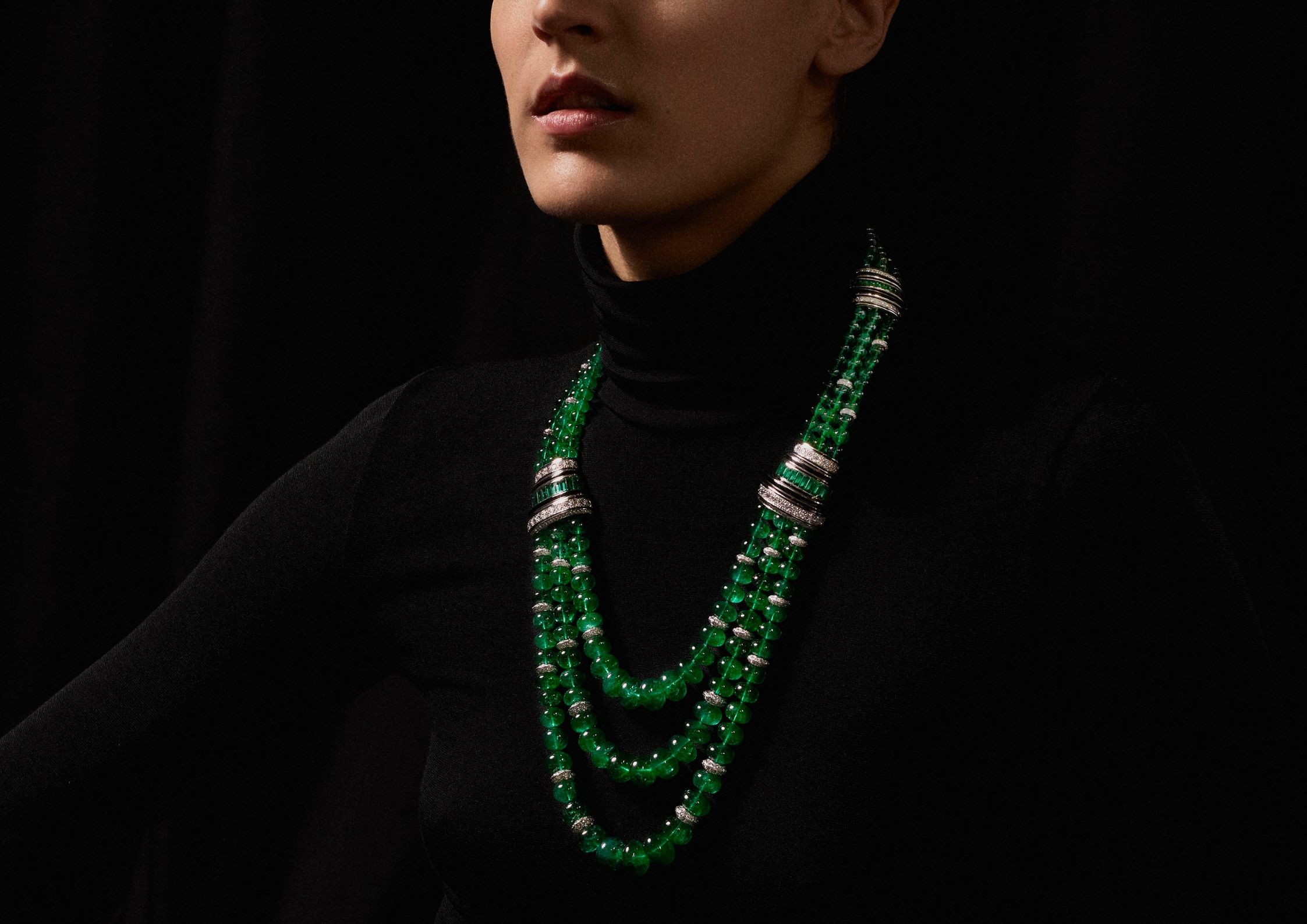 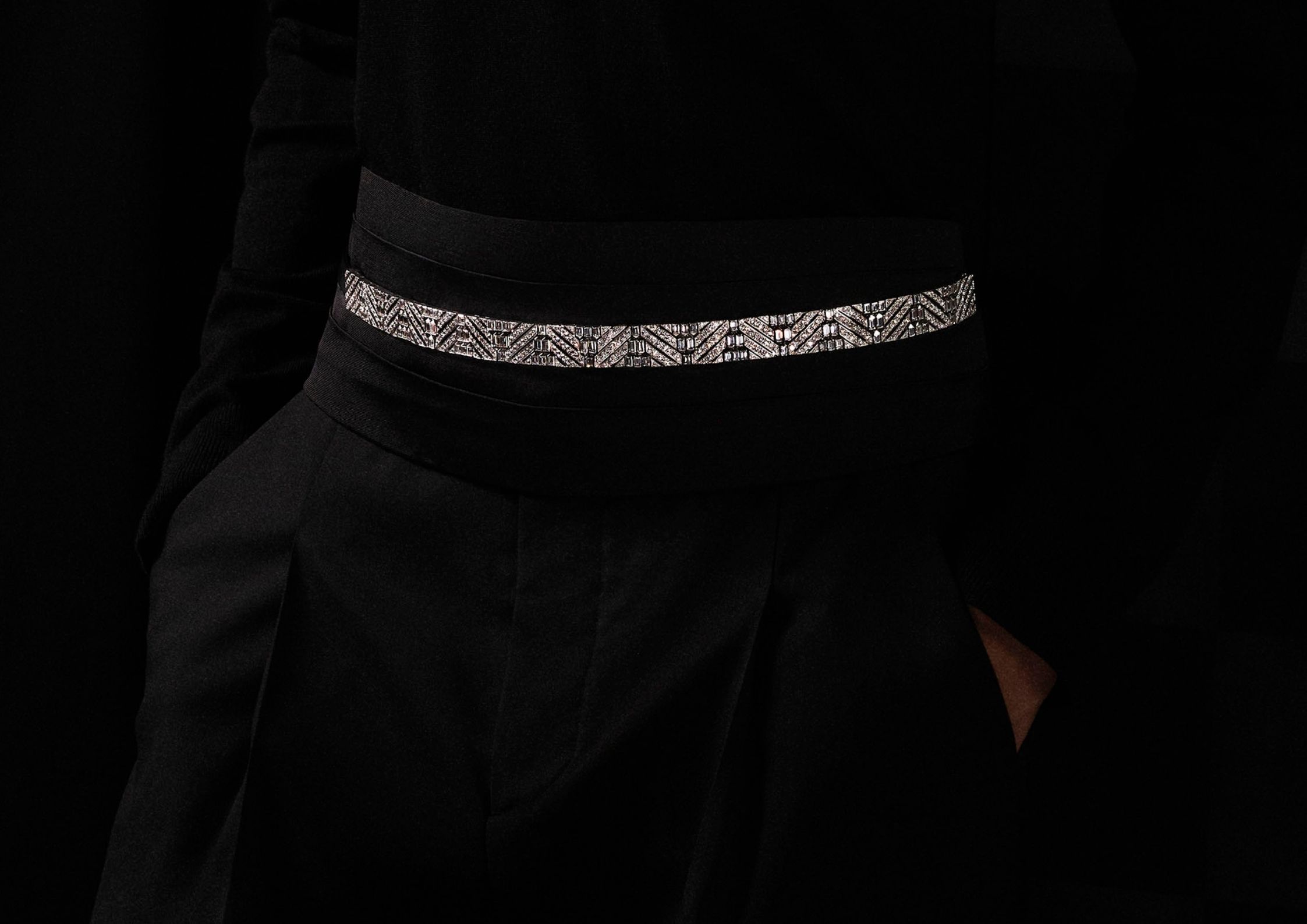 The shift has been subtle, but firm: gender is losing its stranglehold on jewellery. The rise of elaborate bejewelled brooches on suit lapels, the easy access to earrings as singles rather than pairs, and the introduction of inclusive sizing in fine jewellery making bracelets, rings and necklaces wearable for those with larger hands, for example, have all chipped away at the status quo. Now, Boucheron is bringing this non-binary spirit to the world of high jewellery with its latest collection.

Continuing its A History of Style series that has led Boucheron artistic director Claire Choisne to scour of the maison’s archives for inspiration, the latest chapter – Art Deco – was released during Paris Couture Week in January. This high jewellery offering takes us back to the 1920s, a time when gender norms were being challenged.

At that time in Paris, women dressing à la mode swapped skirts for high-waisted trousers, fussy frills for plunging necklines and masculine silhouettes. Hair was cropped short and accentuated with tall feathers, as long necklaces swung low. “It was all about the attitude, you know,” says Claire. “I love the extravagance of those years, and I would have loved to live at that time.” 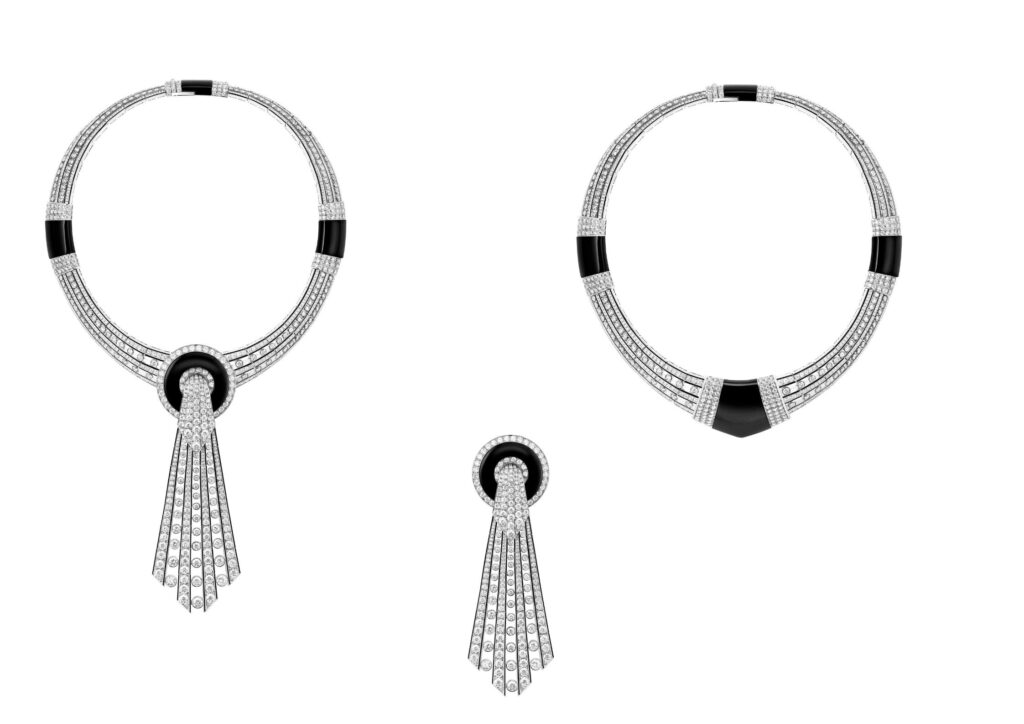 Boucheron 18ct white gold, diamond, lacquer and onyx Lavallière Diamants jewel, which an be worn as a necklace, choker and cravat, enquire at Boucheron

We are preparing to enter another Roaring Twenties. Trend analysts believe that just as the beleaguered post-war 1920s were illuminated by flappers and speakeasies, so too our post-Covid world in the 2020s will explode in exuberance as we rediscover social pleasures that were hitherto taken for granted. This makes it the perfect time for Boucheron A History of Style, Art Deco.

“We focused on the antagonisms of Art Deco,” says Claire, adding that her team paid particular attention to transformable elements of each jewel that allow them to be worn by any gender. “Pure lines but opulent designs; black and white, with just a touch of colour; masculine and feminine.”

This new Boucheron high jewellery collection is made for a party – and you can leave your perceptions of what is defined as male and female jewellery at the door. Within the collection, you will find the Ruban Diamants objet, a gold and diamond pavé belt designed to be worn on top of a tuxedo cummerbund but that can also transform into a choker or two matching bracelets. Nœud Diamants is a solid gold, diamond and black enamel bow tie, but it can also be worn as a hair adornment and can be broken down into a cocktail ring. 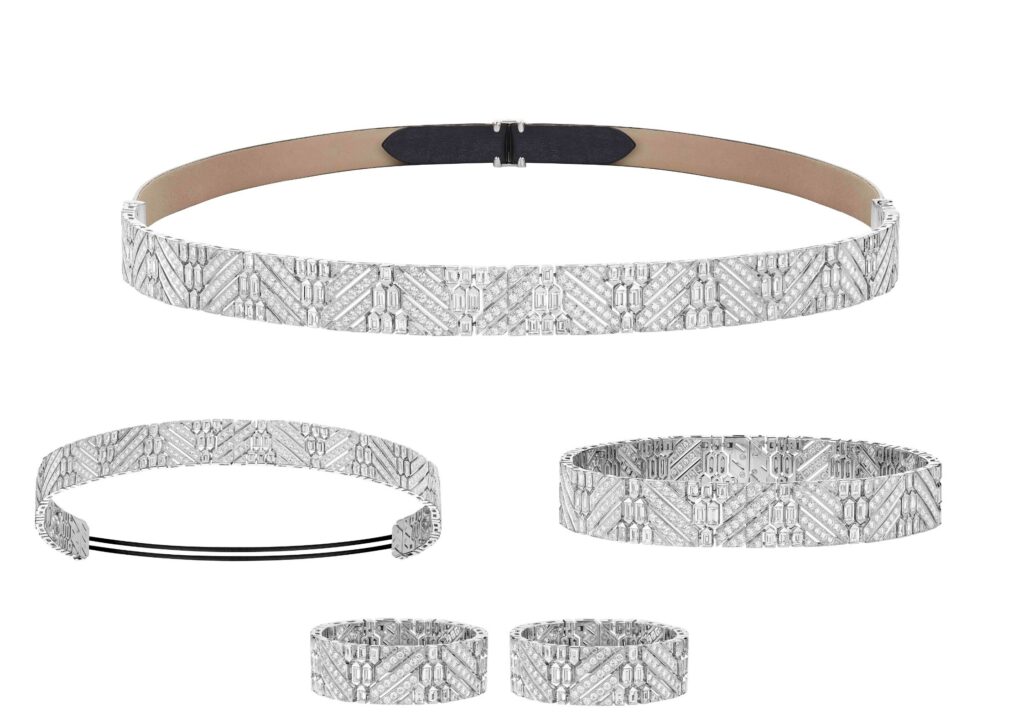 Boucheron 18ct white gold and diamond Ruban Diamants jewel, which an be worn as a cummerbund belt, choker and two bracelets, enquire at Boucheron

Other jewels that could only have been made with a lavish party in mind include a precious cravat, named Lavallière Diamants, which can also be worn as a necklace or earrings. Submitting to the Art Deco theme, this jewel taps into the movement’s favourite monochrome palate with pairings of white diamonds and black enamel or onyx on white gold.

The touch of colour that Claire refers to in Boucheron A History of Style, Art Deco is green, and comes courtesy of emeralds from Zambia and Colombia. The green gems are framed by black lacquer, diamond and rock crystal bezels in the graphic Col Émeraudes necklace, which was designed to mimic Parisian cobblestones and transforms into two different styles of earrings and a ring. The Plastron Émeraudes necklace, with 220 emerald beads weighing nearly 1,072cts, pays homage to the maharajas – the famously bejewelled male Indian leaders who wielded high jewellery as power, and whose style inspired many Parisian jewellers in the 1920s.

“My vision of high jewellery is that it is always a question of style,” says Claire, the creative mind behind Boucheron A History of Style, Art Deco. “Such creations enable women, but also men, to express their own uniqueness. 100 years later, Art Deco is still a signature style.”