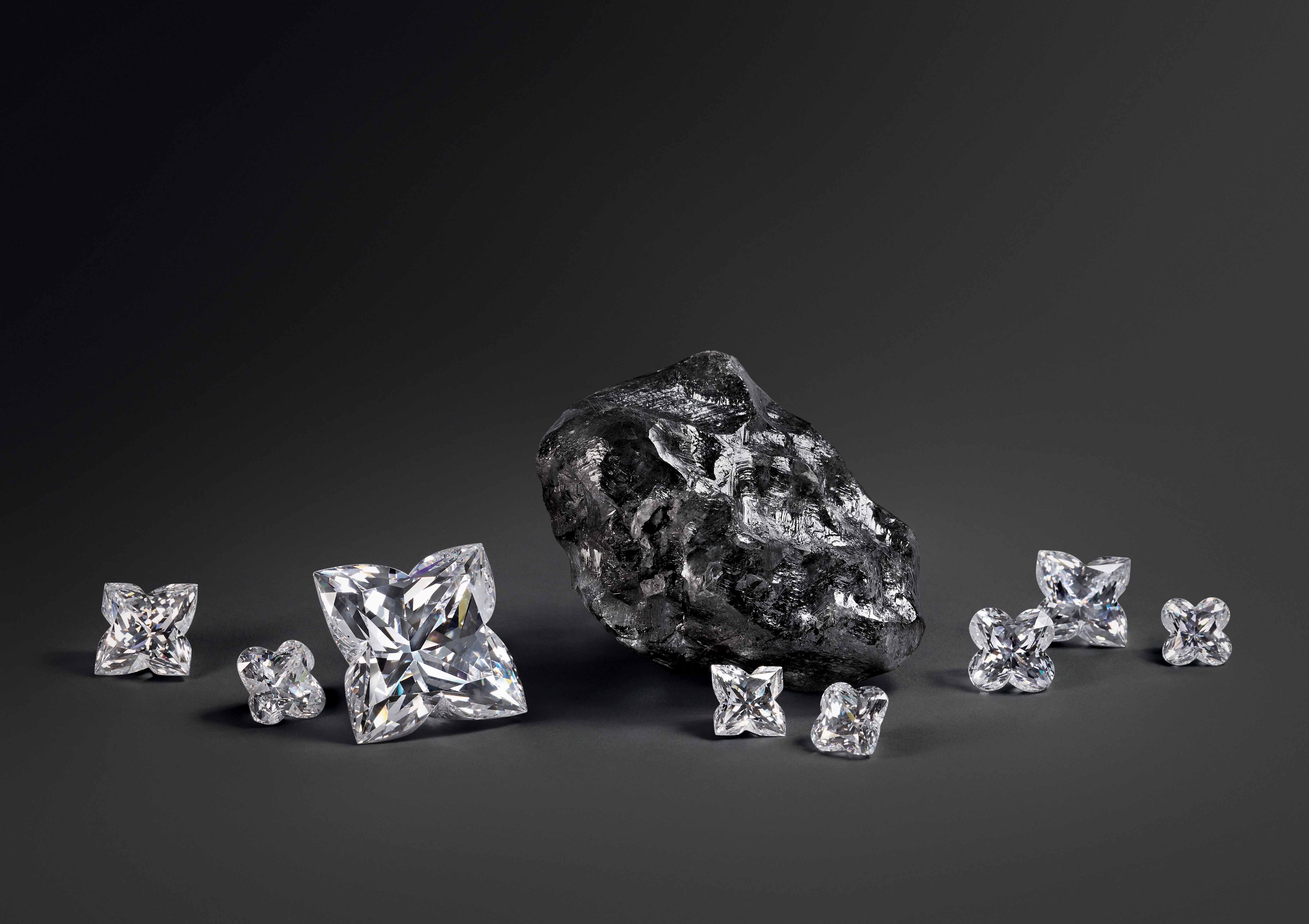 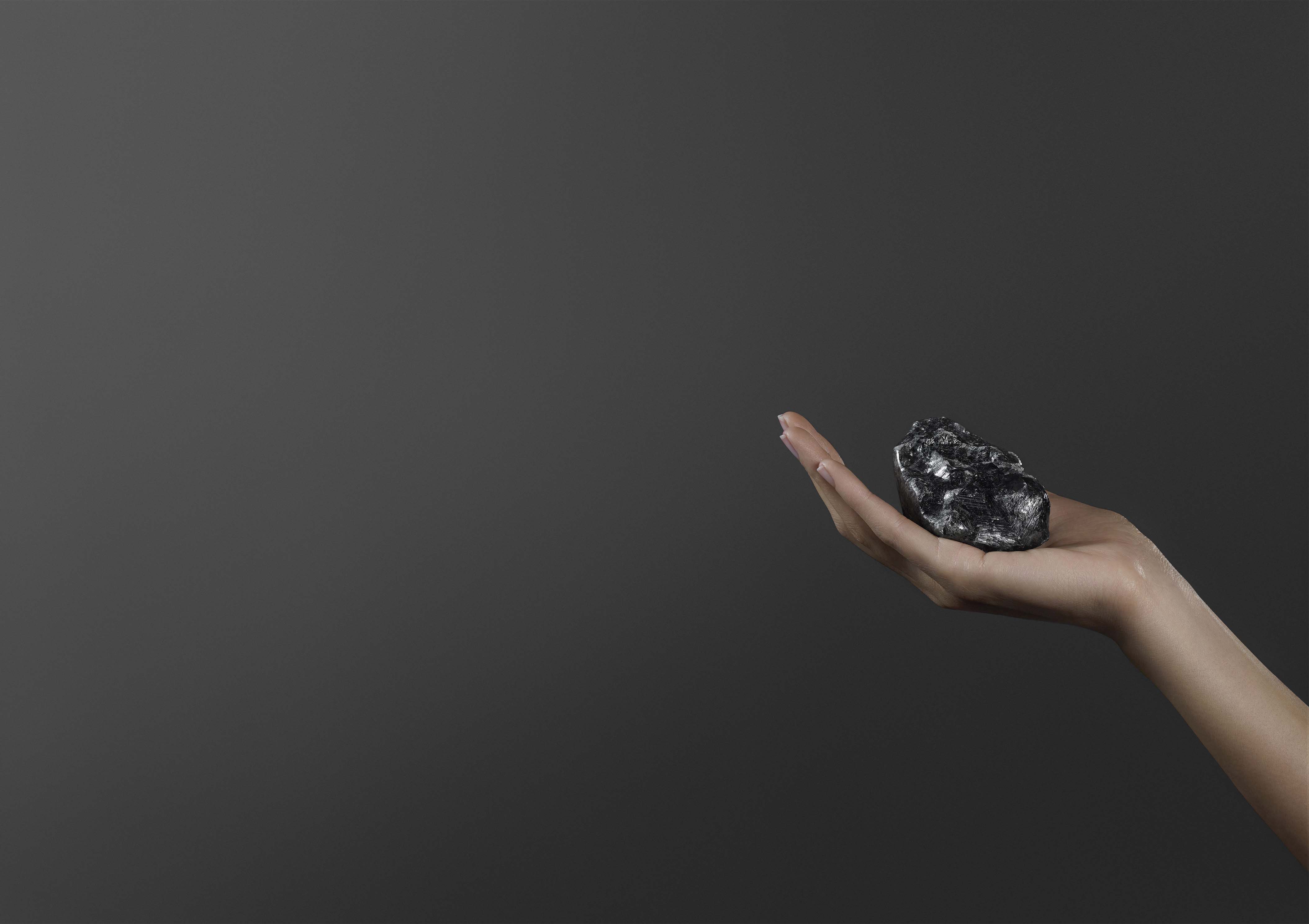 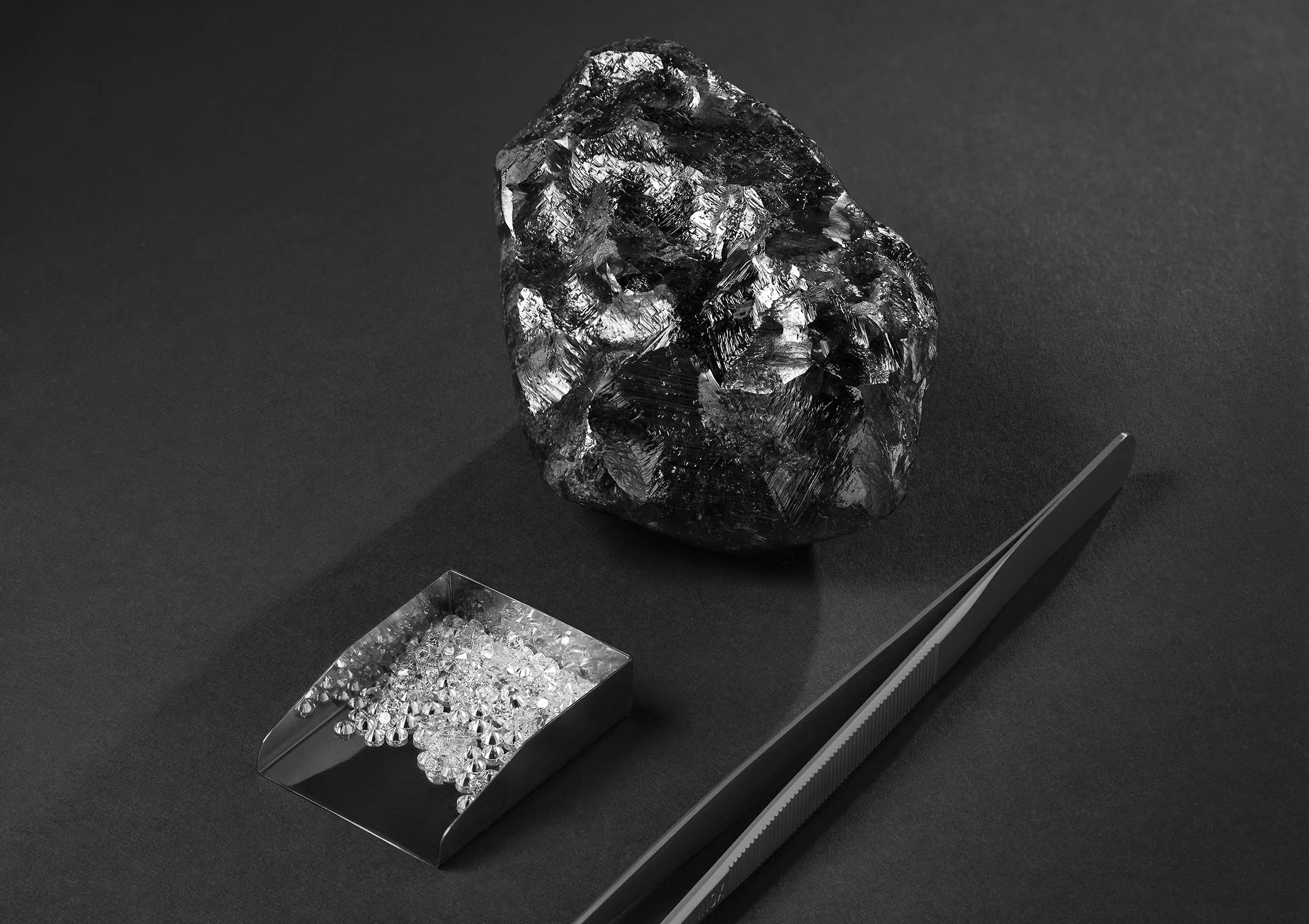 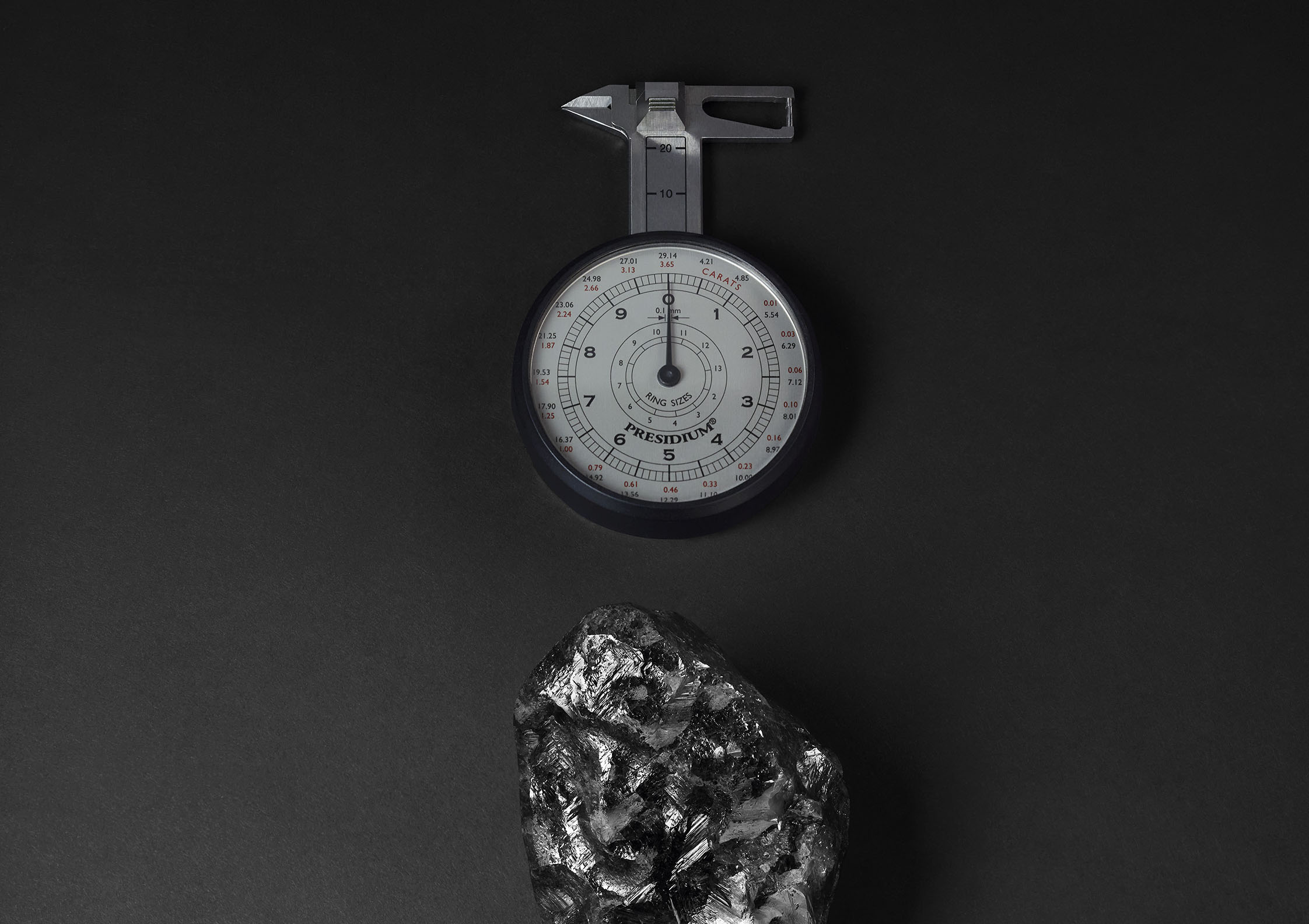 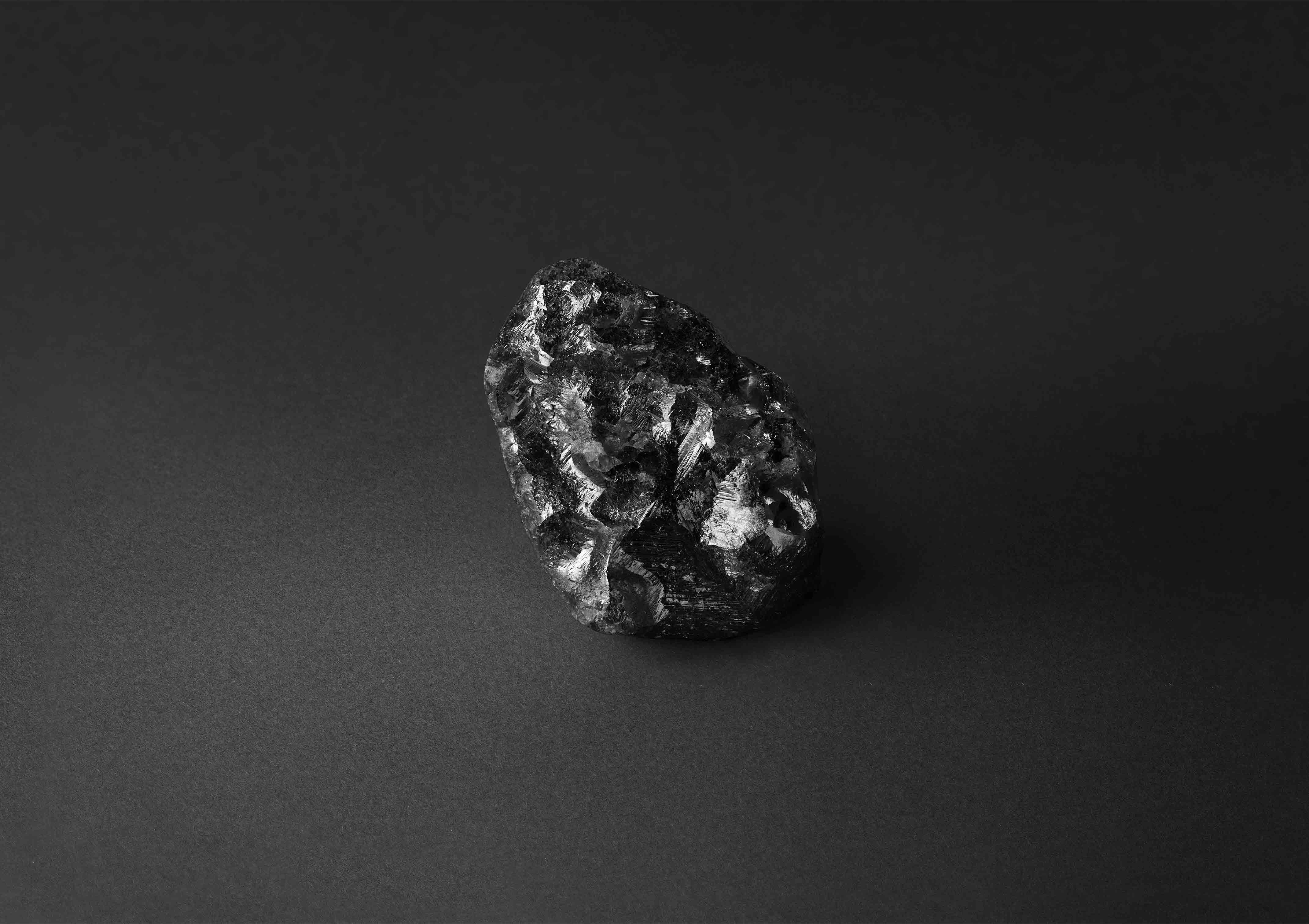 When we think of diamonds, we think of icy-white excitement – crisp, crystal clear, sparkling in the sunlight. The Sewelô diamond, recently purchased by Louis Vuitton, does not conform to this fantasy, but it is, none the less, one of the most exciting rocks to enter the public eye in a long time.

Of the covetable Four Cs, it has but one in abundance. While it is, as yet, uncut, has a colour far from the clearest D grade, and its current dark hue masks any bright spots of internal clarity, it most certainly has the carats.

The Sewelô diamond, at 1,758cts, is the second-largest gem-quality rough diamond ever discovered – the first being the famous 3,106.75ct Cullinan, discovered in 1905 and cut into many important gems, including some now set in the Crown Jewels. The largest rough diamond – but not of a quality to be used in jewellery – was the 3,167ct Sergio, found above ground in Brazil in 1895 but thought to have landed from outer space. It was sold to I. K. Gulland of London, which, sadly and mind-blowingly, broke the gemmological wonder up into small industrial drill bits.

No such fate shall be suffered by the tennis ball-sized Sewelô, however. Its name is taken from the South African language Setswana, and can be translated as ‘rare find’. The impressive rock, which lives up to its name, was discovered on April 19th, 2019, at Lucara Diamond Corporation’s Karowe mine in Botswana, on the northern fringes of the Kalahari desert. As diamond mining has evolved, more focus is being put on the use of technology that allows miners to scan the ground to identify large gems and then approach with caution, rather than randomly deploying heavy crushers or dynamite, and Lucara has indeed given some of the credit for getting the Sewelô out of the ground unbroken to its own high-tech XRT circuit equipment.

What often remains a mystery for miners when discovering rough diamonds of any size, at least initially, is what will emerge once the cutting process starts. Initial analysis, Louis Vuitton says, suggests that the beneath the thin layer of black carbon blanketing the Sewelô diamond is a stone of “near gem quality, with domains of high-quality white gem”. However, the full extent of the colour and clarity of the diamond remains a mystery for now.

Such a financial gamble and unusual black appearance, however, did not deter Louis Vuitton. It has not revealed how much it has paid for the diamond but has said it was purchased in partnership with Lucara, which will retain a stake in the resulting cut diamonds.

Louis Vuitton said in a statement: “This was exactly the kind of extreme rarity, unconventional and challenging, to appeal to Louis Vuitton’s sense of adventure and creativity: an extraordinary, idiosyncratic diamond specimen, a wondrous miracle of Mother Nature, mesmerisingly mysterious, with its contradictions of darkness and light, and hidden depths of beauty and lustre, waiting for the right expertise and sensibility to be revealed to the world.”

This unconventional beauty is now in the hands of Antwerp diamond cutter HB Company. It is charged with scanning and studying Sewelô, before drawing up a map of the best cuts to make to ensure the diamond yields its full potential; because of the black film covering the diamond, standard equipment was redundant and new nano-technologies have had to be used to do this. The large rough stone is to be cut up into a number of smaller diamonds, and the process is expected to take a year.

Traditionally, when cutting large rough diamonds, the shape of the diamond cuts it will produce depends on the position of inclusions – or imperfections – and cutters will choose shapes that avoid those blemishes. Louis Vuitton, however, has given HB Company an additional challenge. Diamonds released from Sewelô will not be proportioned to traditional cuts, but one that pays homage to the emblem of the luxury house – its rounded flower and star-shaped motif that breaks up the LV monogram patterns that have made its luggage and handbags so instantly recognisable.

That is, of course, unless a very special Louis Vuitton client has other ideas. In what must surely be a jewellery industry first, and a new benchmark in personalised luxury, Louis Vuitton will offer its clientele the chance to commission their own made-to-order diamonds, cut freshly from the Sewelô block. If knowing the route of your diamond from mine to market is the ultimate luxury, this idea surely takes the concept to a whole new level of extravagance.